We are excited to welcome Brady Tweedy to the Revel Bikes family. Based out of Salt Lake City, UT, Brady hails from the BMX world. But he's been having a bunch of fun bringing that style to mountain bikes the past few years.

"Brady fits into the Revel family like an old friend and we are thrilled to have him along for the ride. Honestly, the crew works so hard to make these bikes and then to see someone like Brady ride them at the highest level is incredibly rewarding. I can't wait to see what he does next!" - Adam Miller, Founder

Brady rides both the Rail (black) and Rascal (blue) in this video. 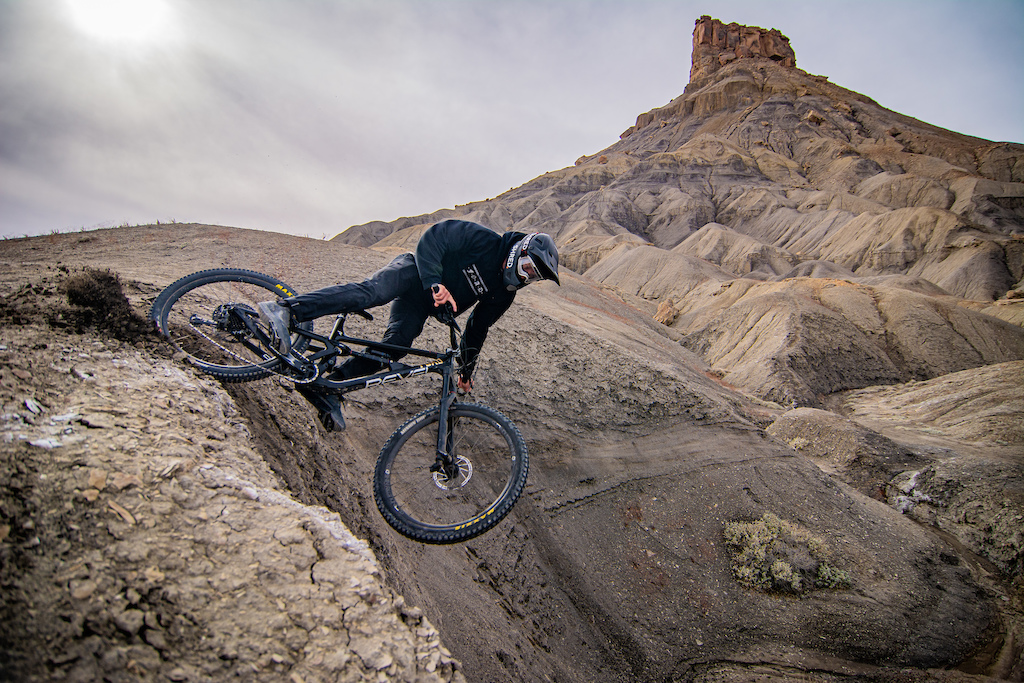 
Check out some of his BMX skills HERE

Tweet
Must Read This Week
A Complete Timeline of Coronavirus' Effects on Mountain Biking [Update: Taipei Show Goes Virtual]
126316 views
Interview: Trek's Travis Brown On Experimenting With 32" & 36" Wheels
88534 views
Ridden & Rated: 4 of the Best eMTB Motor Systems for 2020 - Bosch vs Brose vs Shimano vs Fazua
74834 views
First Ride: Cannondale's All-New Scalpel SE
74155 views
Pinkbike Poll: If You Had to Ride One Bike for the Rest of Your Life, What Would It Be?
54972 views
Mountain Biker Attacked by Grizzly Bear Near Big Sky, Montana
48285 views
Video: Claudio Caluori Tries to Keep up With Nino Schurter on his Home Trails
47884 views
15 Bike Checks from Craig Evans, Iago Garay & The Santa Cruz Free Agents
43446 views

azmtbr (Mar 28, 2020 at 12:43)
These bikes perform incredibly well, both up AND down...this vid does a pretty good job demonstrating the latter, but I highly recommend demoing either bike to see for yourself how amazing it climbs! I demoed both the Rail and Rascal in Sedona, then Moab, after deciding on the Rascal. It was riding the Whole Enchilada on the Rascal that sold me! Rad video on some SUPER rad bikes!!

zanda23 (Mar 29, 2020 at 6:36)
@DirtbagMatt: Making a sweet 27.5 bike and making a long travel 29er are not mutually exclusive.They could have both. They only offer a long travel 27.5 and a shorter travel 29er. They are not sticking to 27.5, they are limiting themselves with an incomplete lineup, though I am sure more options are in the works.

LAM (Mar 29, 2020 at 13:26)
@DirtbagMatt: Santa cruz nomad, Rocky mountain slayer, Ibis Mojo, YT Capra, Giant Trance, Transition Scout and Patrol etc.. the list goes on. 27.5 isn't some rare or dying wheelsize, just about every manufacturer makes one despite what you might like to believe, and I don't think it's unreasonable to make a longer travel 29er to add to the lineup. Like Zanda said they aren't mutually exclusive

ranke (Mar 28, 2020 at 21:20)
Dude shreds. And with cbf and all the quality people they have at revel, I can see one of their long travel Enduro/park bikes in my future