Video: Riding a Technical, Steep, Puzzle of a Descent in the Tyrolean Alps


The trail from the Bettelwurf hut is far more than the sum of its features, and those would actually already be sufficient for a solid bike film.

The trail, close to Innsbruck in the Tyrolean Alps, is a demanding hiking trail, winding down over steep rock sections and scree, through mountain pines into the Hall valley. The exposure is exceptionally hidden by the pines, the steepness is not. It does not seem to warrant mountain bikes, even if you are into this kind of alpine adventure biking, for us it’s the most challenging trail we have attempted to ride. 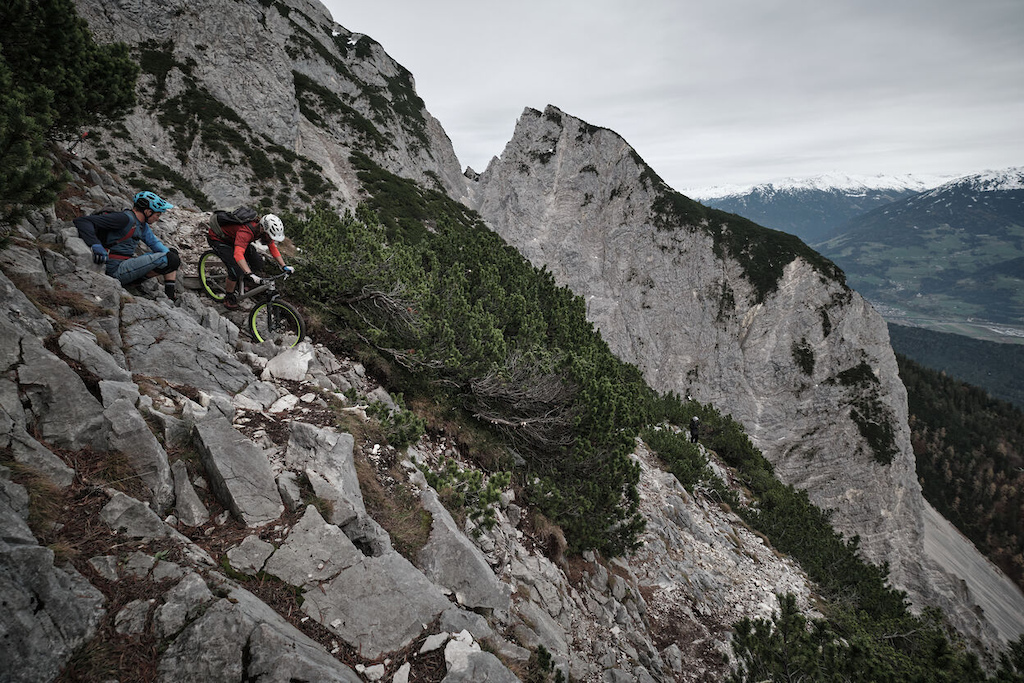 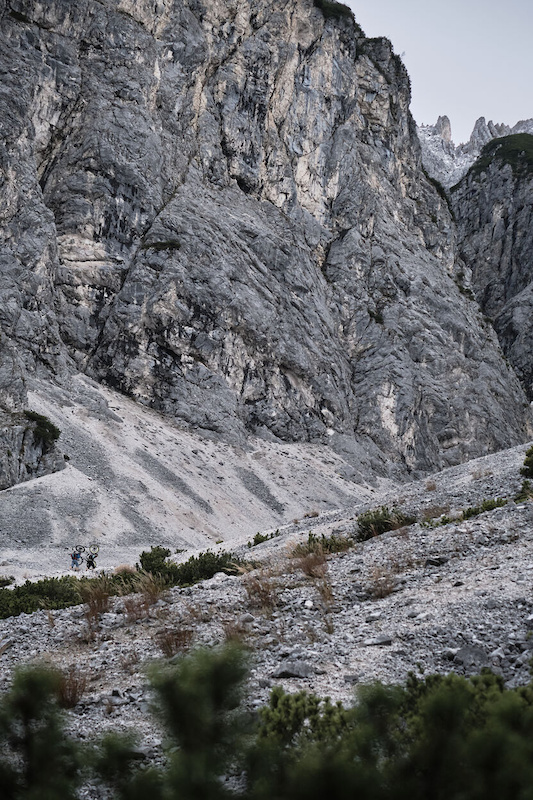 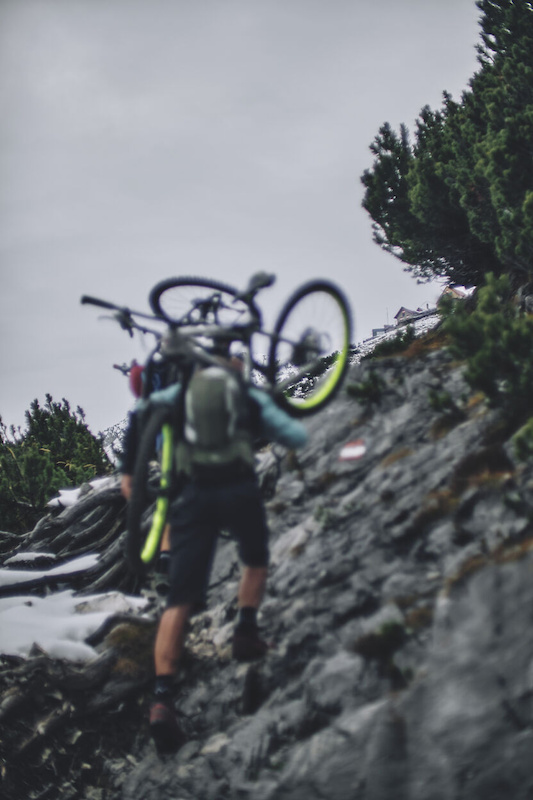 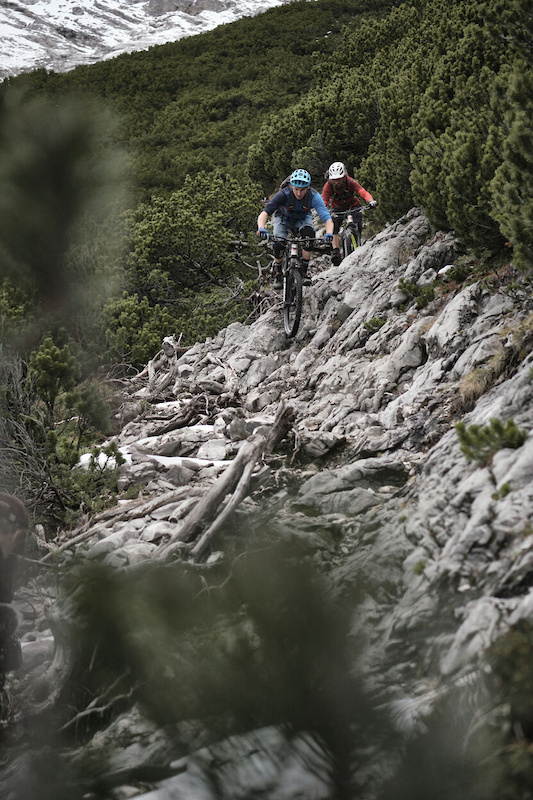 Getting to the hut, it is about 1200m vertical up, 1000m of that is pure hike-a-bike. The mountain pines in the south-west oriented terrain trap the heat relentlessly, no water on the path, in summer it will burn you out, autumn would be the only decent time frame for an attempt. On the way down, bike wise, there are few easy sections. Straight away, one heavy feature follows the next, with some few meters to roll and rest in between, before the next technical puzzle unfolds with yet another characteristic nastiness - simply absurdly steep, an ultra-technical traverse, a difficult entry, bad run-out or a combination of all.

We dubbed the middle part of the trail, which concentrates the most absurd features at high frequency, “the hell”, or simply “hell”, not only because at that stage we almost always had run out of water and were thirsty as hell, not because the features were pushing us wide outside our comfort zones, but more profoundly, we would always completely lose track of time in this section, our minds somehow drawn away from all ordinary earthly thoughts, just completely immersed in the task in front of our eyes, and yes, also very much on fire.

The first time I told Martin, my Bike buddy for these kinds of rides, about the trail, he was excited at once. Not only was he up for the new challenge, he always is, but he had a history with the mountain, a more personal one: The Bettelwurf was his grandfather’s favourite mountain, a lifelong love, an almost obsessive one, just to illustrate, he had his family find a place for his grave with a view of the summit. So every year on All Saints Day they were standing at his grave, looking towards the Bettelwurf. Just Martin had not made it up there himself, always planned to, never happened. Finally he would go, the two of us together, and our bikes. 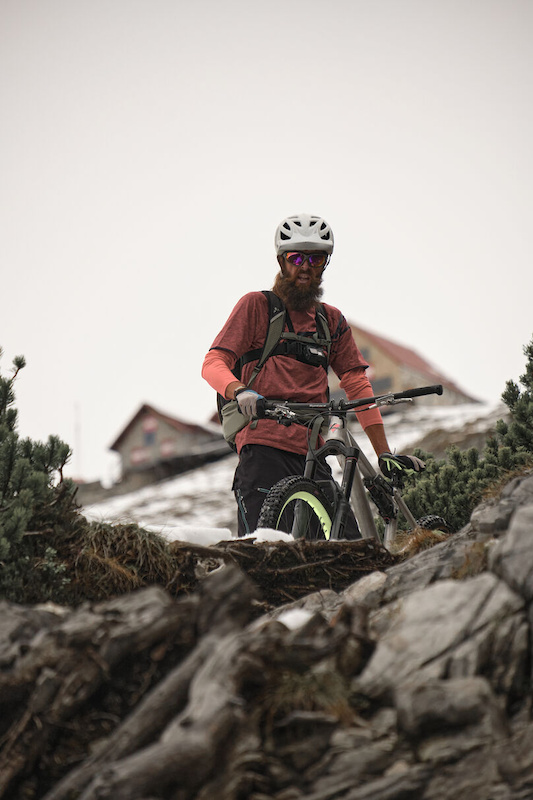 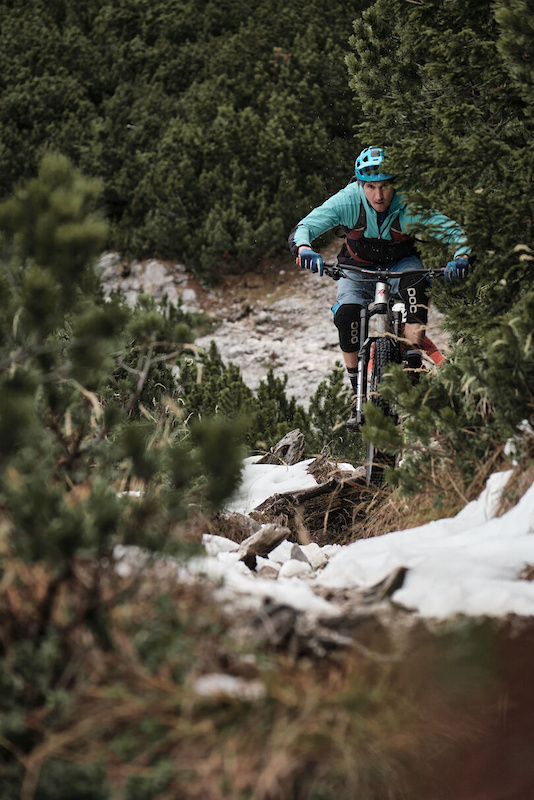 No denying, this first time became a hard and epic fight. Hours with plenty of sweat, likely some blood, maybe close but definitely no tears, we fought our way down. At the literally very last feature just meters before the tar road, Martin overcooked it and hurt his foot, which took him out the next couple of weeks. We sure had a lot more than a handful of features unridden, even unattempted, but the euphoria was sparked, there was work undone.

Martin, a freelance gardener, had no time to rest really, had to swallow the pain in his foot and limp around on his construction sites. After a few weeks he was back on the bike, and the very first tour was, together with me, on the Bettelwurf trail. Again, we were immediately transfixed on the trail and its features, ever more ecstatic. That’s when I thought, we should make a film about this, showcasing this trail and what’s the limits of riding a mountain bike in this kind of terrain.

I had quickly found the appropriate film crew, the twins Phil and Chris Kaar, young and rising film makers, enthusiastic, creative, good sense for visuals and storytelling. I wrote a rough script, the motivation with his grandfather's story, which features of the trail we would highlight, ending with a conversation around a fire with beers, a 3-7 minutes short film. 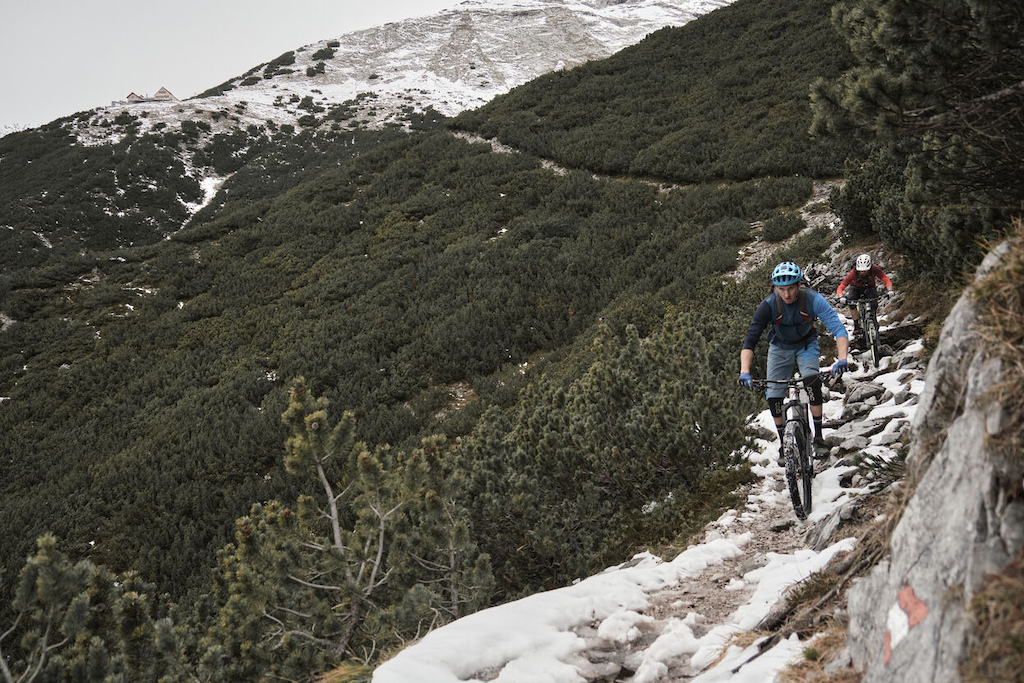 As it happened, the filming would take place, exactly on the first of November, All Saints Day. We met just before dawn on the hiking parking lot of the Hall valley, a frosty morning. The first light of the day lit the grey clouds, it would be a sullen day, not ideal for filming nor photographing. The conditions for riding weren’t better, there was snow in the upper part of the trail, possibly wet and muddy parts further down. On the other hand, all commemorative family meetings had been cancelled, pandemically, so it was the unique opportunity that Martin would not not look up from the grave towards the Bettelwurf, this year, it would be the other way around, which made it extra-special. It would also be a great day of filming.

The November later on, turned out exceptionally sunny and dry, the trail even dried up completely and in snow free condition we rode it another last time that year, clearing yet more features. But the light would not have fitted the mood of the film anyways.

We still had to shoot the introduction and conversational part, which posed absolutely no extra effort on our side, we just lit the fire, opened some beers, started talking, and let the riding scenes pass as imaginary images. Phil and Chris kept the cameras rolling, that was it, no repetitions, no instructions, no script, they just documented our conversation - about mountain biking, our tours together that past year, the tours of his grandfather, his ride to Paris in 1939, essentially the transcendence beyond biking.

At that stage the film had already diverged somehow from my original idea and had developed its own script, or rather the Kaar twins had taken the essence of the story and developed it cinematographically, the story about the grandfather and the Bike friendship between Martin and me that had manifested itself so intensely on the Bettelwurf trail. So the actual bike action and the difficulty of the features moved into the background while all the facets of the story around it gained the focus.

After all, there is a lot more to life than the sum of the ridden features on the Bettelwurf trail. 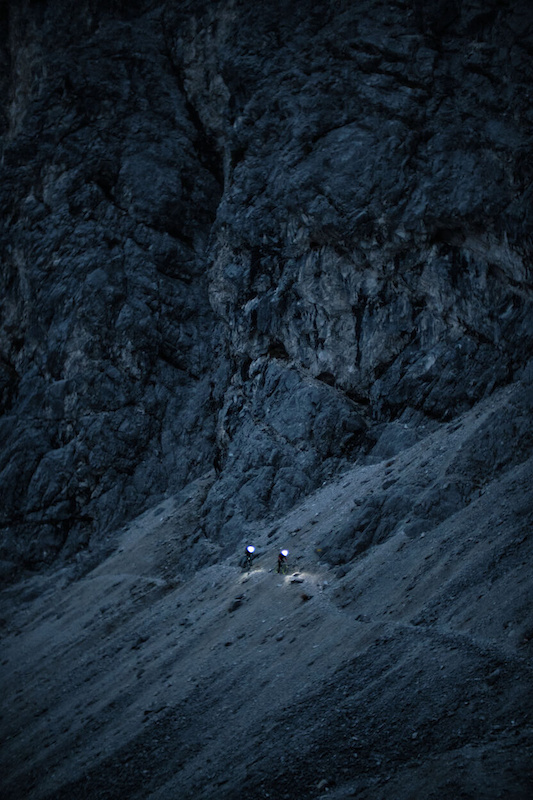 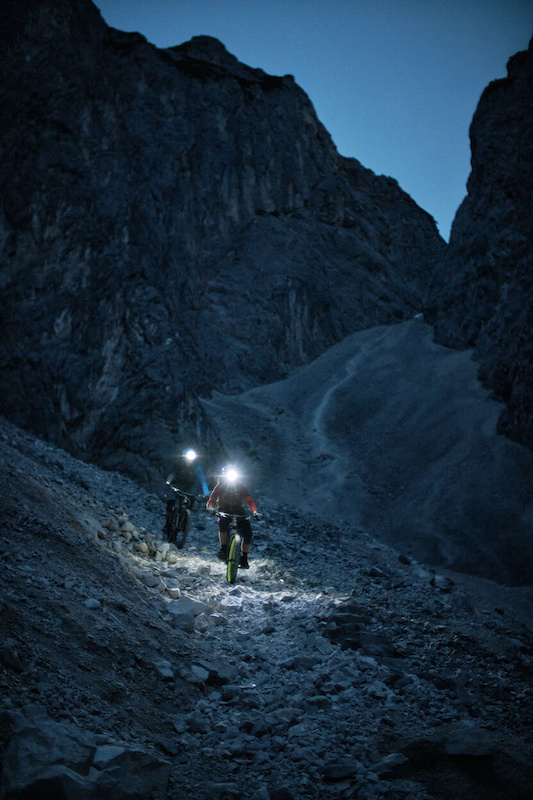 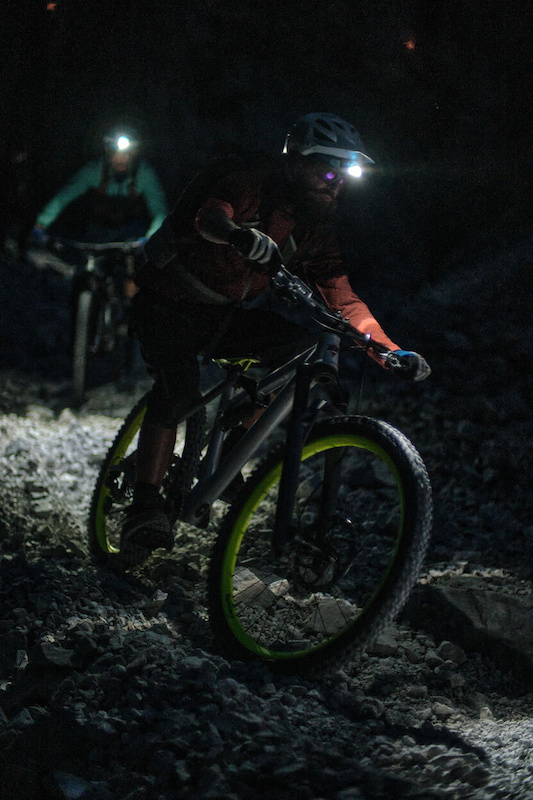 KalkhoffKiller (Dec 29, 2021 at 8:21)
the problem with the riding of these vertriders is that they ride trails were even most advanced riders would be faster by hiking. It's more like trial riding and we call it 'stolperbiken' because its not very fluid and not that entertaining when watching it in a movie.

hcaz (Dec 29, 2021 at 16:30)
I watched until they re-lit the patio fire place, not worth watching. I'm guessing there was a minimum length requirement for some film festival... reminds me of a school essay where the teacher wants 1000 words but you only have 250. Too bad because they were riding cool terrain.

mosierman (Dec 30, 2021 at 6:41)
I watched this video and got stoked on the adventure and the story. I scrolled down to the comments and its all just complaints and crass. If I created a mountain bike video I sure as hell wouldn't want it posted on this site just so a bunch of teens can rip it apart in the comments.

I frequent the other mtb bike sites (vital, nsmb, etc.) and I don't see the crap comments there. Pinkbike needs to clean-up these comments or lifelong mountain bikers like myself are going to continue to abandon it. These comments are such a turn-off, the opposite if stoke.

Jolinwood (Dec 30, 2021 at 12:45)
There is nothing wrong in stating that one expected more bike riding in a bike themed video and hence did not appreciate a video. And they are not teens trust me

hcaz (Dec 29, 2021 at 16:57)
I read the article, it's good, it explains that the video is more about the riders friendship and family stories than the riding.