Video: Riding Back from Disaster in 'Crash & Burn'

Sometimes things don't go your way. As riders, we expect to crash and get injured. You sit out the weeks patiently waiting for when you can ride again. However, if you're unable to work and earn any money, things can quickly get pretty difficult. This is where Will Smith, a rider from Suffolk, found himself after a nasty collar bone break in June last year. He faced a long wait for surgery followed by 6 weeks of recovery which meant he wouldn't return to work until September. After just a couple of weeks back at work, when life finally seemed to be getting back to normal, he realised there are some things that nobody expects...

On a Saturday evening in October, an electrical fault caused a fire where he was staying. It triggered an explosion that blew the window frames clean out into the garden. Will's housemate, Bob, was downstairs at the time and was lucky to avoid severe injury. He acted fast and thankfully the fire was stopped before it spread to the neighbouring houses. The huge amount of water sprayed on the flames by the fire brigade ruined everything that hadn't already been burnt. Will lost everything he owned other than what was in his van. No riding gear, no photos, no clothes, nothing. Combine this with missing a whole summer of riding and being off work for so long and it seemed like forces were conspiring against him. It's testament to their characters that after everything that happened that weekend, both Bob and Will were at work at on time on Monday in clothes they had been given- Will immediately looked more stylish than he did before the fire but it seemed too soon to be making jokes just yet. 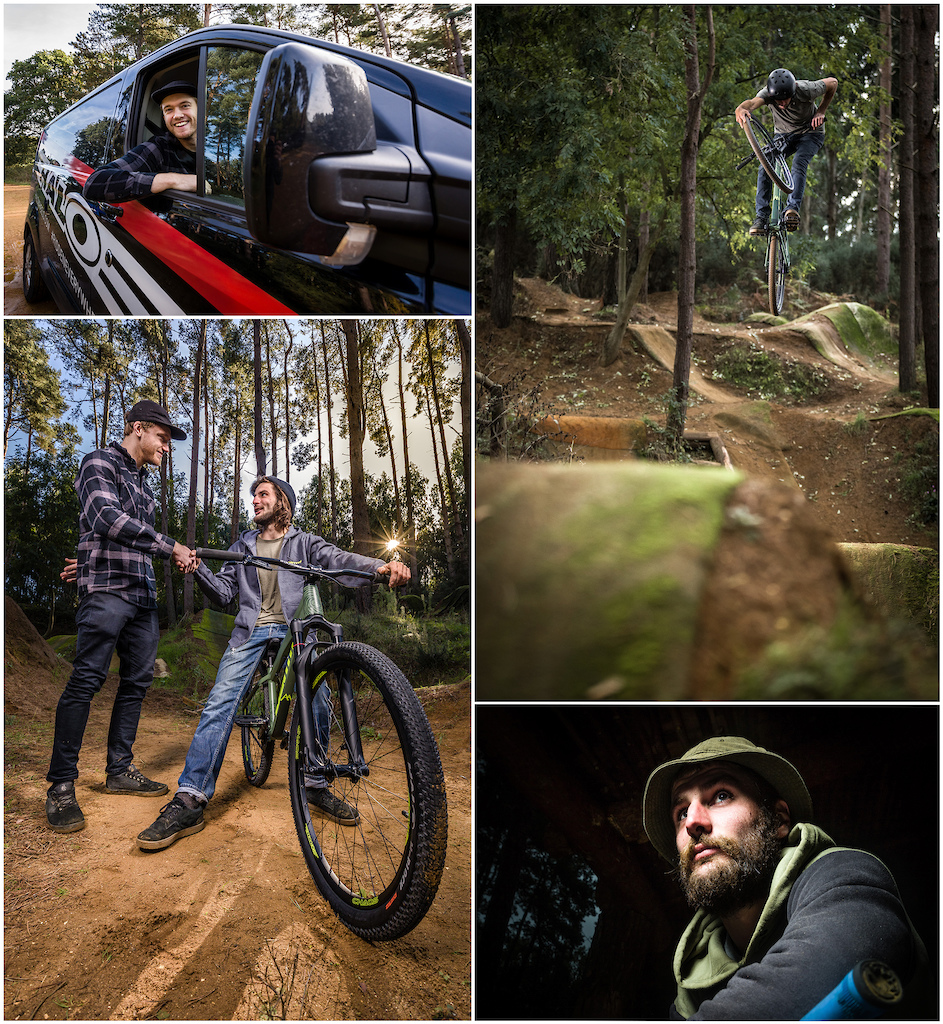 It was at this point that I started to think about what we (a small riding club in Suffolk) could do together to try and help in some way. My mind went back to when another member of the club, Neil, had his expensive stereo stolen at work.... it seems irrelevant but bear with me... It was a £400 Bose stereo that was stolen so if it was me I would have gone out and bought a much cheaper one so if it was stolen as well i wouldn't find it as painful. However, Neil did the opposite and spent even more on a replacement stereo. When I asked him why on earth he would do that he said, 'Well I don't miss the old one now do I?!!'. Genius! I wanted to use this logic to try and get Will to a better position than he was before the fire and the injury so he wouldn't look back at it as a terrible year. I started to think of what we could do.

Will had been riding the same old beaten hardtail for years. He was looking to buy a new bike earlier in the year but those plans were spoiled by all the work he had missed. I thought that if we could get him a new bike it might restore his faith in the universe so I got in touch with Jordan Lunn- Brand manager from Halo Wheels. The aim was to get some wheels and build up from there, but when Jordan heard what had happened he wanted to do more than this. He's ridden our trails many times with Will and seen how stylish and natural he is on a bike- but Will is also much loved for simply making any trip to the trails even better. He'll train you through the jumps within a couple of feet and heckle you all the way. He'll be a guinea pig and test every line built no questions asked. After all that he'll make you tea just as you like it. Jordan is the kind of guy who obviously appreciates this because before I knew it, he was back in touch and said he had been able to build Will a complete bike. I was blown away. He had spoken to all the guys at Identiti and Gusset who generously agreed to help. Within a week I was in Halo HQ, drooling over the beautiful Dr Jekyl dirt jump bike built with Halo Chaos Wheels and Gusset finishing kit. They really had gone above and beyond, selecting all their pro-level components in colours Will would like. They even built it US style with his brake lever on the right-hand side as he prefers! 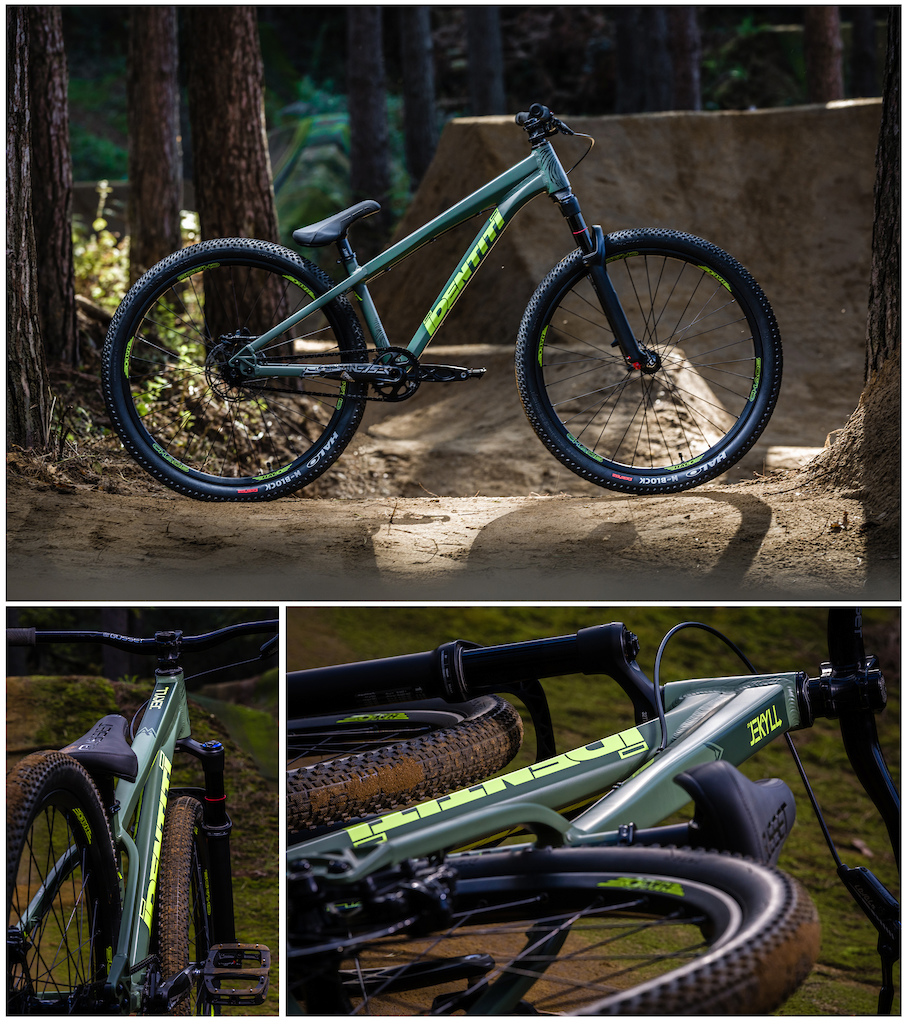 The plan was to surprise Will with his new bike at the trails. Jordan was going to give Will some Halo and Identiti clothing after he lost all his clothes in the fire so we thought we would use this to persuade him to model for a few photos. This also gave an excuse for my favourite photographer, Martin Zielinski, to be there for the occasion! We asked Will to sit on the bike for the photos and when in position Jordan passed on the good news that the bike he was on was actually his. You'll see from the reaction in the video that he didn't really know what to say! I'll be honest, I was hoping for more of a reaction but having spoken to him since he admitted it didn't really sink in until later that day! This video was all shot during that first day and on quick visit 2 days later- on a new bike having not ridden at all for 4 months. He just jumped on the bike and delivered the goods. In the time since this was filmed, he's going even higher, flatter and more sideways than ever. We plan to make quite a few videos this year so watch this space. 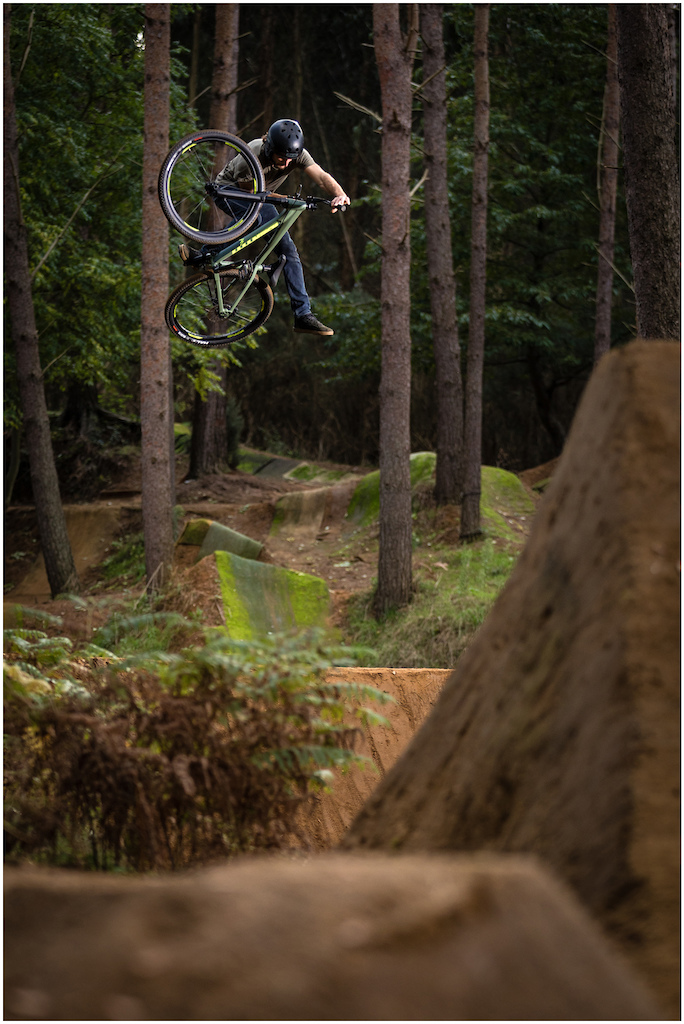 Thankfully over the last few months, life has begun to return to normal for Will and Bob. The house is being rebuilt as I write this and hopefully it will end up looking better than ever. There are some things which can never be replaced but overall I hope that when they both look back at last year they are reminded of the good things that came out of it rather than what they both lost. The immense generosity expressed by their friends, families and neighbours was genuinely life-affirming.

A huge thank you goes out to everyone who helped out Will and Bob when the fire happened. Also thanks to Martin Zielinski for getting involved and for taking some awesome shots for this feature. Finally, the biggest thank you of all to Jordan Lunn, Lloyd Townsend and everyone at Ison Distribution for getting on board and showing what the riding community is all about. This video is dedicated to Michael Bonney and Jordie Lunn who sadly passed away while this video was being made. Both were much loved and cherished members of the Halo Family who will be hugely missed by all those at Ison Distribution and the MTB world.

frednewton (Mar 5, 2020 at 13:09)
Great write up dude. I didn't know Bob was home during the fire. Thats even more scary. Im glad theyre both in a better place now. It's so cool that the guys from halo and identity gave him a bike. Huge respect for them.

NR8productions (Mar 10, 2020 at 8:34)
Yeah last year went a bit like a week on Eastenders - pretty unbelievable. I’m just glad no one was hurt- including the dogs!

tremeer023 (Mar 10, 2020 at 1:57)
Lovely story - it's put me in a good mood for the day. Kudos to all involved. Also having had Halo wheels, an Identiti Dr Jekyll frame and various Gusset components in the past, I can vouch for their quality and reliability.

NR8productions (Mar 10, 2020 at 8:48)
Thanks buddy- yeah I run Halo wheels on both my bikes too- my chaos wheels are definitely the best DJ wheels I've ever had.

bottleblurrocket (Mar 10, 2020 at 8:08)
Where is the edit/video this group posted a year or so ago? It has one their dogs scrubbing jumps. I had the link saved on an old phone and would go back and watch it every so often. It was so good. I can't find it anymore. Thanks!

NR8productions (Mar 10, 2020 at 8:57)
The truth is he can shred pretty much any bike- I’ve seen him ride my bike better than I can which I thought was pretty rude! You can clearly see he has fallen in love with his new bike tho - the height he was going at the weekend was ridiculous!

Love my halos but why doesn’t my supadrive sound like that??!