It's hard to imagine snow on the ground in 33º heat. It’s four days before Christmas, the summer solstice in the southern hemisphere. Yet here we are, driven by our hope to spread a bit of Christmas cheer, choosing this sun-soaked longest day of the year to shoot this clip.

But who says no snow has to be uninspiring? The balmy air of a southern summer afternoon, plus the wafting eternal dust clouds born of the Chilean antigrip, give their own distinctive touch and inspire just the same. 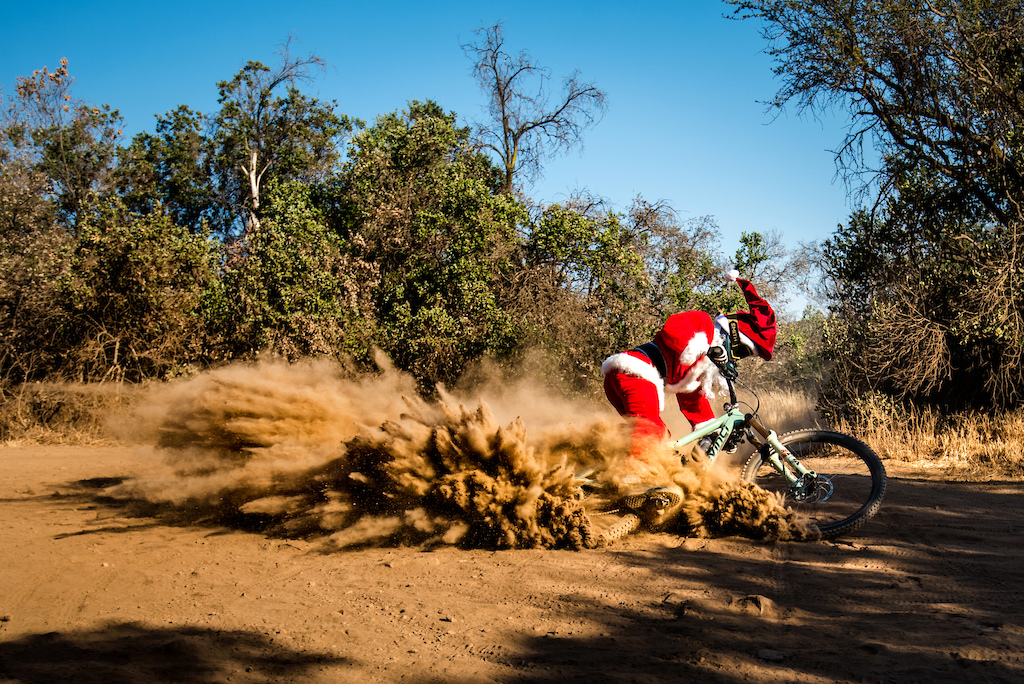 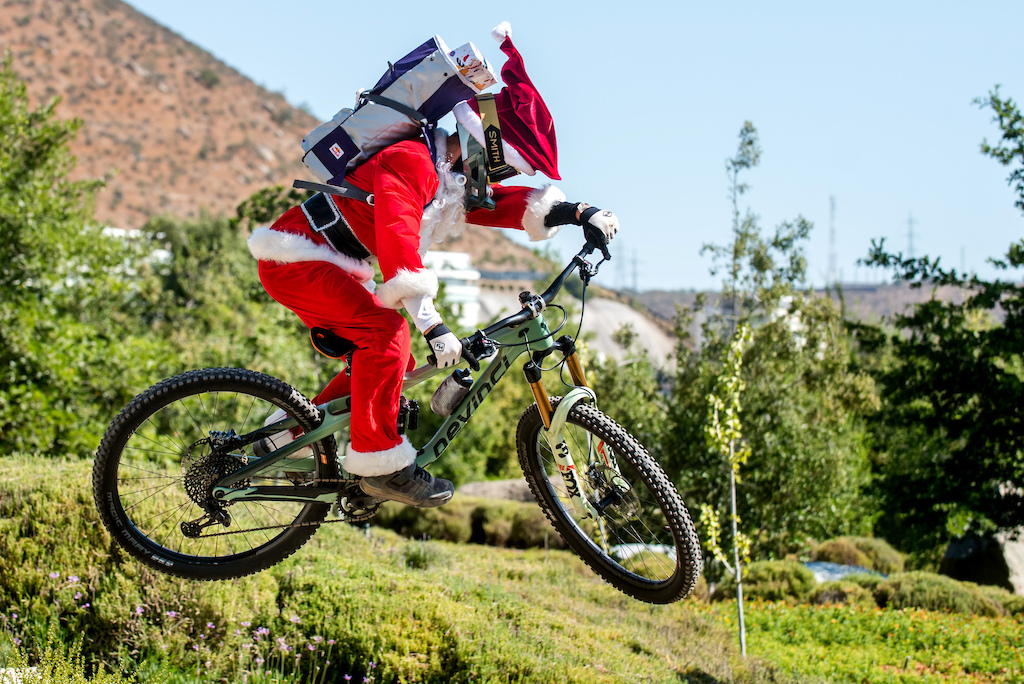 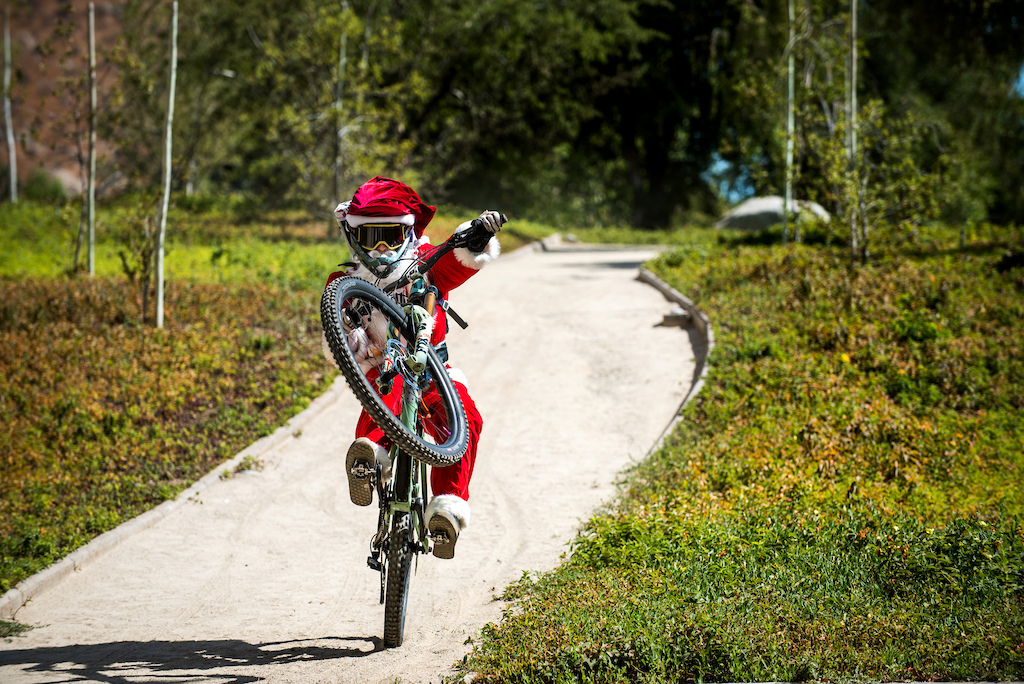 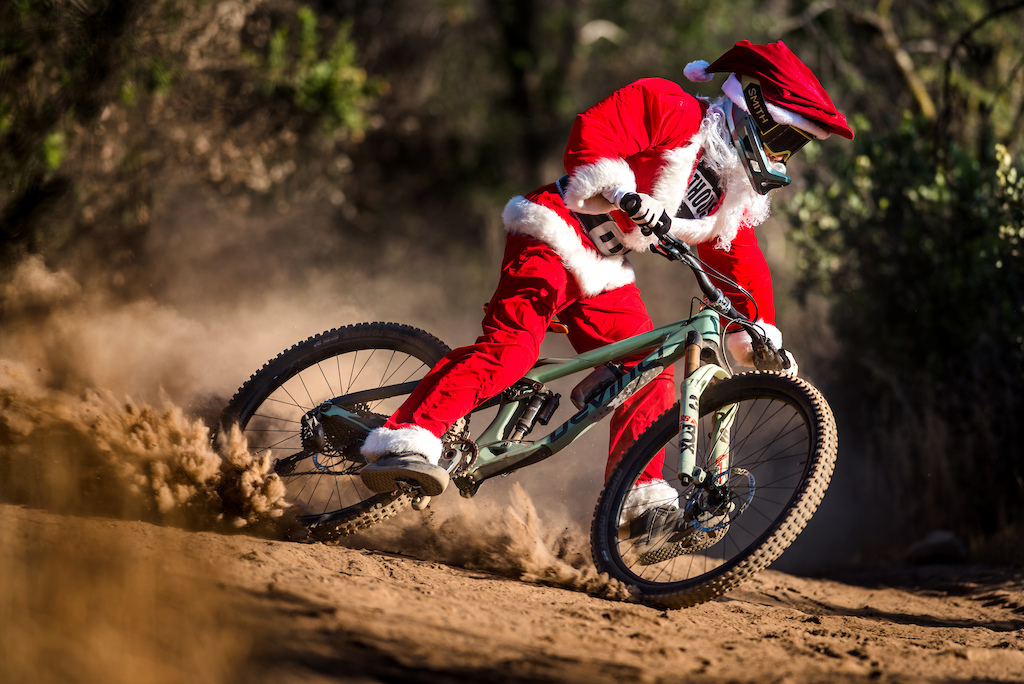 "The idea started a couple of years ago, I came up with a plan to make a video disguised as Santa Claus. We took some time to think about it and then went at it. The day of filming was pretty rough, 30 degrees in the shade, a lot of sweating and dehydration from riding in a thick Santa suit under the sun, but in the end that’s the fun part! Filming, photos, laughing, new ideas, all at once. So many hours going back up and shooting it just right, depending on the spot. But we got it all out, an unforgettable experience, Santa Claus on a bike, jumping and flowing through Santiago de Chile." - Felipe Agurto 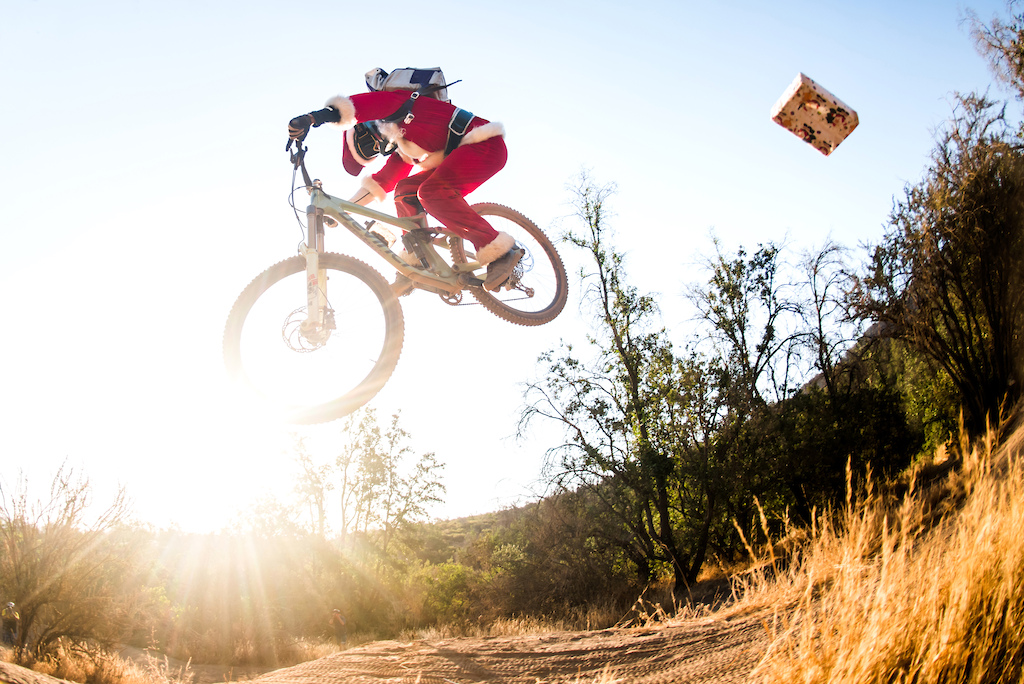 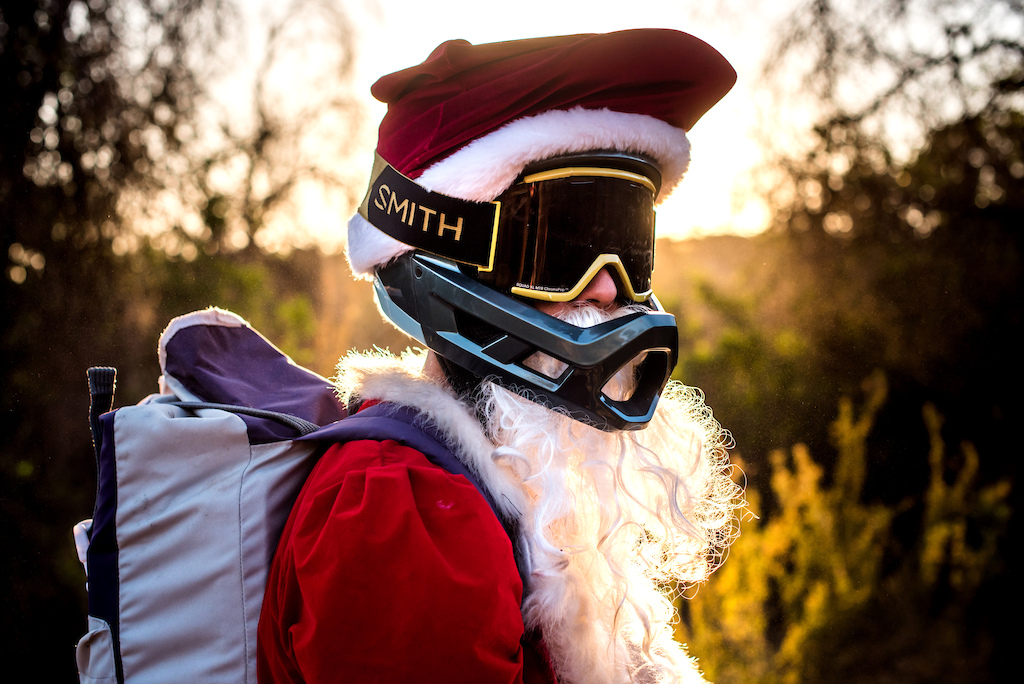 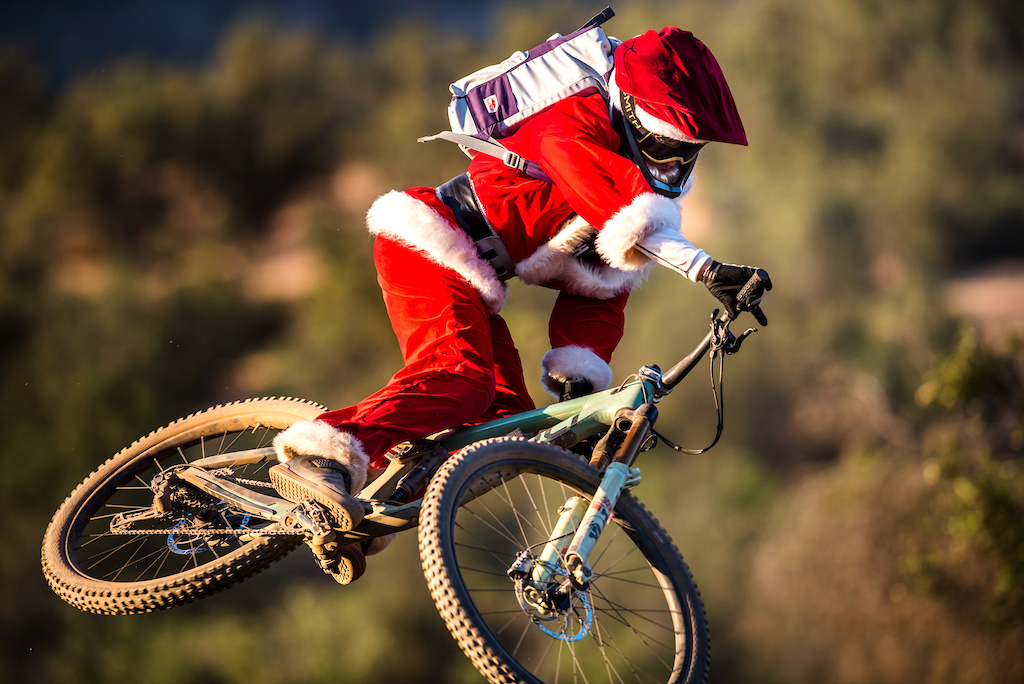 "The idea began with the need to deliver a message to our cycling community. My phone rings, Felipe tells me: ‘Pablo, I want to dress up as Santa’. I automatically began to imagine Felipe decked in red, with a hat, beard, white hair, but skinny. I thought about dressing him as an elf because he is so thin, but he wanted to be Santa, so, well, I just had to support his idea and play along. We started to come up with the final message, and Claudio was already down with whatever, so we started to brainstorm and incredibly everything turned out perfect. 2020 has not been “normal" by any means. Nico Thumm came to my mind, and the transcendental work that medical personnel around the world have been doing right now, so the idea that they are protected was super important. We tied that in with a girl writing a letter to Santa where her wish is a mask for the medical staff to protect themselves. I hope you all like it." - Pablo Alarcon / @4vistas.tv 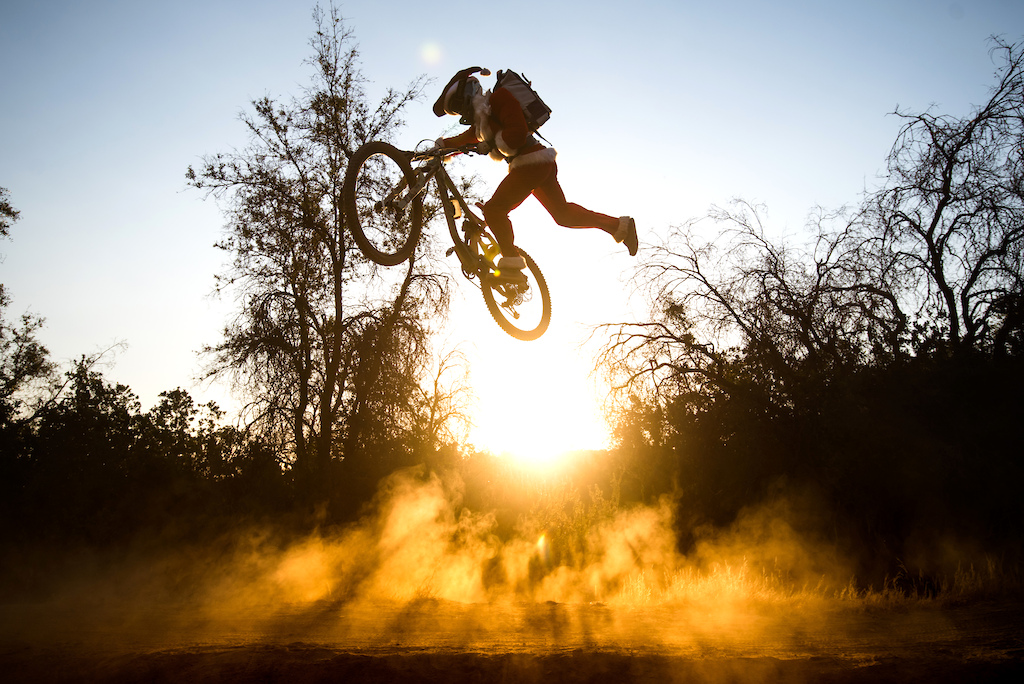 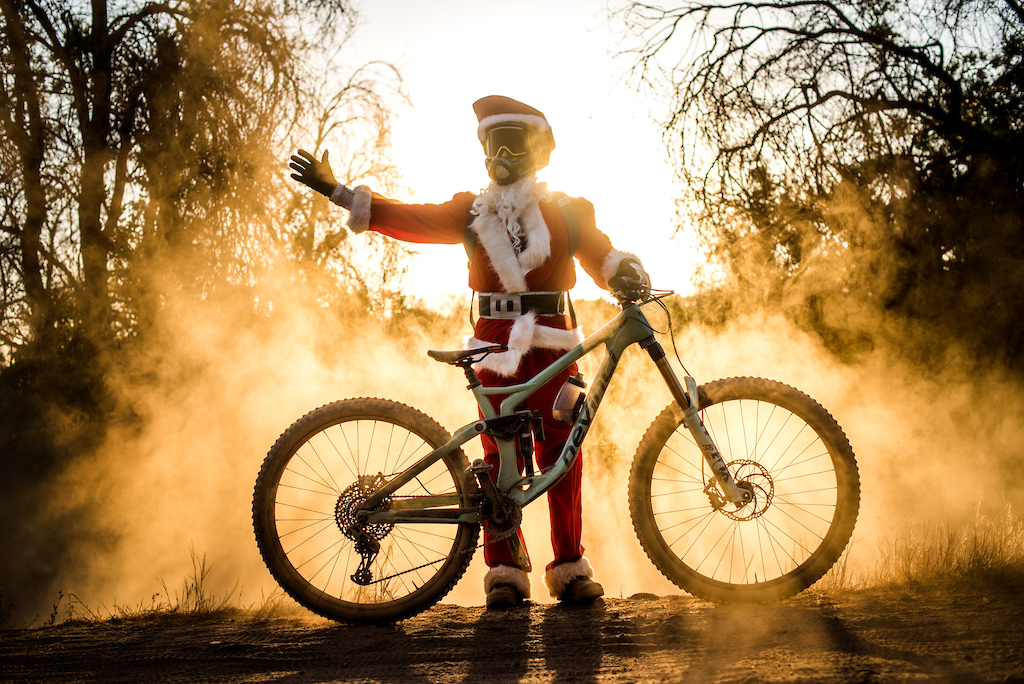 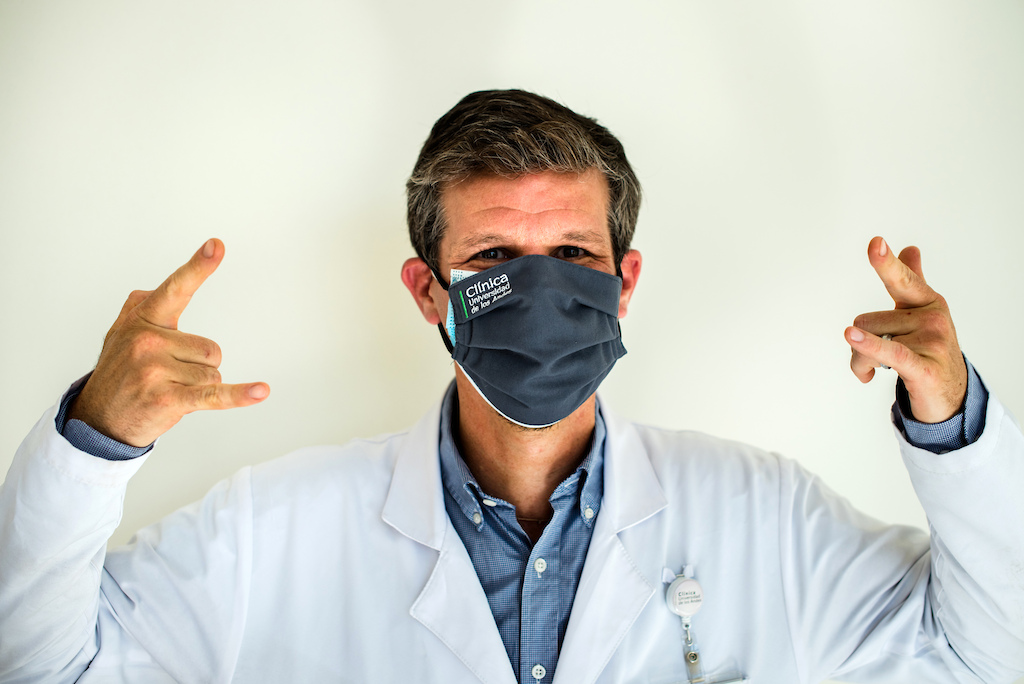 "It’s always been curious to me where ideas come from. This idea came up out of a WhatsApp conversation and just started to gain momentum over time, - - - until suddenly we were in our gear and Felipe was wearing the full Santa suit, taking on the heat of December 21st. For Felipe it’s not difficult to find the flow, it doesn’t matter if he’s in head to toe Santa get-up nor a full white beard that he can’t breathe through. I only have words of gratitude for Pablo and Felipe, our desire to create unique things complements each other and it’s so gratifying to see the end result." - Claudio Olguín

We hope you find yourself in a special place these holidays, and you find a way to share them with the people you love.

mtriquelme (Dec 25, 2020 at 7:28)
What a nice work! Long time ago that I didn't enjoy a production like I did with this. Congratulations for the whole team for something so good!

Cooltemplar (Dec 27, 2020 at 15:58)
This year I had the chance to compete in the AndesPacifico race in February, a few weeks before the lockdown. The night between day 3 and day 4, we had a terrible epidemic of gastroentiritis in the camp. I believe the majority of people got it at some point, myself included. Dr. Nicolas Thumm and the team of medics spent the whole night (and the whole week) taking care of the camp and ensuring we were safe and able to compete.

I am more than thankful for their great work and involvement.

To all the medical personel in Chile, I wish a Merry Christmas, Happy New Year and stay safe!
Claude Fortin

nicothumm (Dec 27, 2020 at 17:48)
Thanks for your Words Claude! We were happy to help and keep the people riding during the Andes Pacifico! Merry Christmas and Happy New year!

hamncheez (Dec 26, 2020 at 18:32)
I wonder why Gwin's latest "Timeless" episode hasn't dropped on the pb front page. I only bring it up here because the episode is about him riding in Mammoth, which has similar conditions in the summer.

pugafi (Dec 27, 2020 at 5:55)
Cause it was a pitty watching him cry about how awesome it is i stead of riding for the first half of the frigin video..