2021 has been about one thing: record-breaking progression.

Crankworx Rotorua marks the end of global competition for the year and what a ride it has been.

The rise of women’s mountain biking on a global scale has been phenomenal over the course of 2021. The proof is in the pudding with results from Mons Royale rider Robin Goomes at Formation in Utah, Audi Nines in Germany and the Crankworx Series in Innsbruck and Rotorua.

Surrounded by her comrades, Robin and her ladies have collectively raised the bar, celebrated wins and pushed the sport to incredible heights, where a backflip in competition is now the new norm. 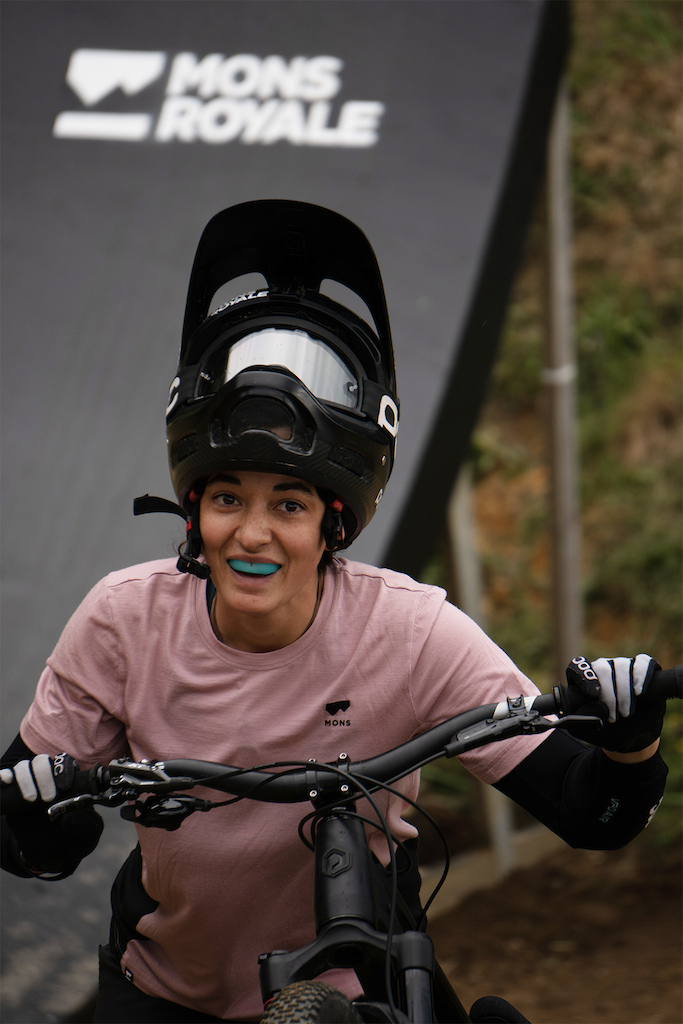 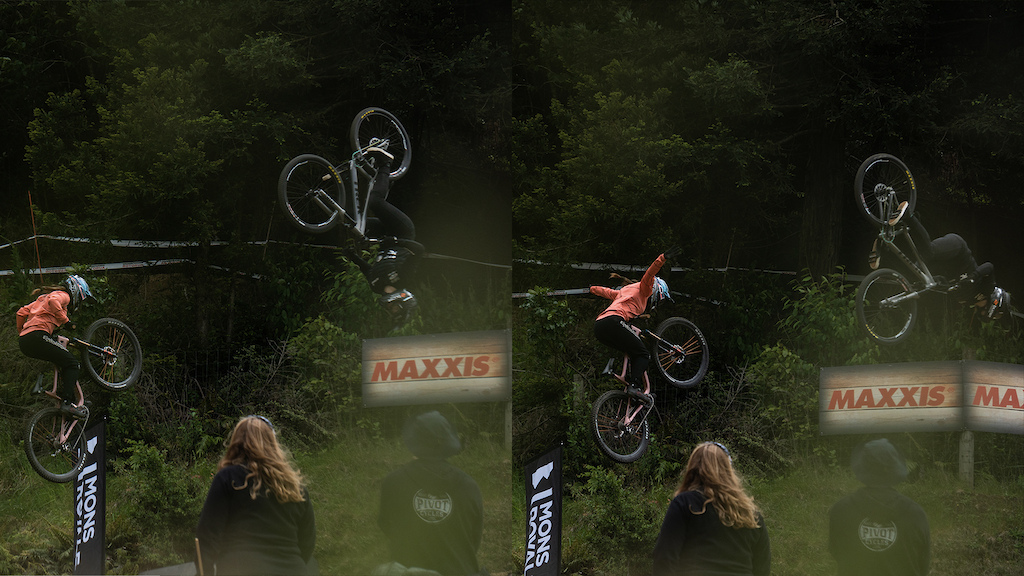 Above: Vaea Verbeeck and Caroline Buchanan going head to head and showing that the bar is being constantly raised.

Crankworx Speed and Style presented by Mons Royale highlighted this, where three competitors were nailing backflips in competition, compared to Innsbruck only three short months earlier, where Robin was the first female to successfully put down not one, but six backflips “just because she could”.

A few years ago none of these events existed, and now there is a big group of female riders on the forefront of this women’s movement. Most importantly, the industry is listening more than ever, enabling the progression in the sport to continue to rise. Women's freeride is leading by example and setting the tone for all things ‘female orientated’ and it is nothing short of humbling to witness from the ground up.


The best part? We are a proud catalyst of this movement here in New Zealand back in March 2021 at Future Ground.

Future Ground provided Robin and 9 other talented athletes with a platform to grow, progress and shred. One of the key learnings was from Sean Thompson, Snow Sports NZ Snowboard Coach who was on hand to chat about the action learning cycle, known as the ‘Progression Pit’. Acknowledging you are in the ‘Progression Pit’ where momentum can be lost. The key is flicking the switch to climb out.

The ‘Progression Pit’ can be likened to the progression of female riding within the mountain bike industry. It feels like it took a decade for the industry to climb out of ‘the pit’ where it has been stagnant for a while, yet the reality was it was bubbling at the surface, ready to project into the world.

This is exactly what happened at Future Ground, as demonstrated by Robin Goomes who not only flicked the switch, but made herstory with it. She, among other female shredders such as Casey Brown, Hannah Bergannmen, Caroline Buchanan to name a few, have helped line all the holes in the Swiss Cheese to create a positive outcome and outlet for future athletes. 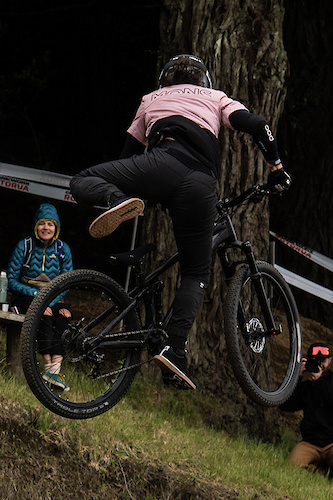 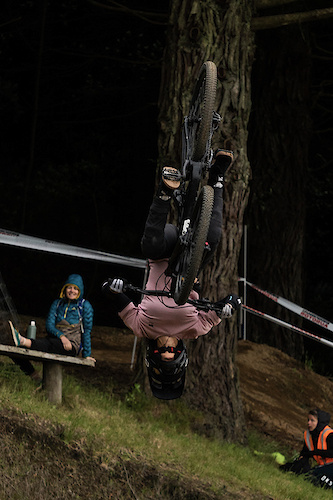 We all love a bit of progression and a hearty success story. However with progression there is risk and it is not always linear. Robin's injury at Speed and Style is her first major accident that will take her off the bike for a good few weeks. Finding the balance between progression and competitive performance is something that all action sports athletes grapple with. Robin's trajectory, determination and ability to balance the risk vs reward will set her up for a long career and an even longer impact on the sport. As women's freeride is continually pushed to new extremes, we will all have to find our own limits, speed and balance of progression. This will no doubt will be more calculated than the early pioneers of male freeride (who notoriously launched themselves from every cliff, drop or jump in sight), thanks to lessons, learnings and mentorship that they are passing on. Events such as the Audi Nines proved the importance and value of combined-gender events in the overall progression of our sport - not only facilitating this mentorship, but encouraging it.


Sometimes your backyard is the best place to explore; with a slightly new perspective, it might surprise you with what you have previously missed. As noted above, here in NZ, the women's freeride scene was once an example of that - a deep pool of untapped talent bubbling on the surface. Over the past couple of years, it is obvious New Zealand has grown from more than just an incredible place to mountain bike into an inspiring and inclusive community for mountain biking. The depth of both women and male fields are increasingly growing and the popularity of the sport as a whole is on the rise, both locally in NZ and globally.

Our next step is to harness this energy and momentum and capitalise on it. These women are hungry for redemption, recognition and the opportunity to compete as equals with males.

The future is electric, we have the athletes, environment and kiwi grit, let’s see where we can take it in 2022. 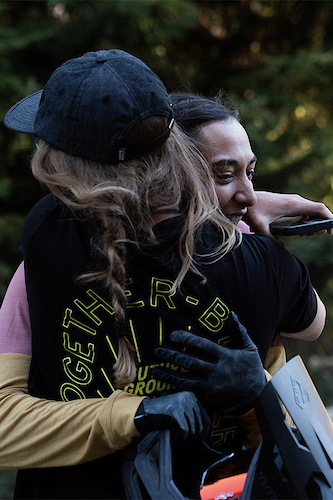 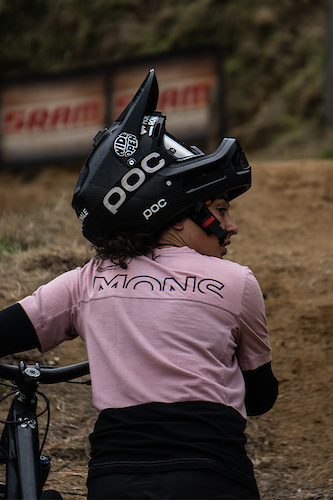 DirkMcClerkin (Nov 12, 2021 at 9:38)
@aaronjb: Ouch, some knuckle draggers in there. Embarrassing they are in our sport for sure

Joebohobo (Nov 11, 2021 at 12:16)
Massive congrats to all the rad women out there and props to sponsors/event organisers/media for giving them more exposure and support!

sirbikealot (Nov 11, 2021 at 17:06)
these women are rippin and with their moves they woulda won crankworx slopestyle not that long ago keep rolling