If you just look at the racing, Keegan Wright’s path to the EWS doesn’t seem surprising. Like many mountain bike greats, his trademark power and bike skills come from years of snapping gates and flowing rhythm sections on a BMX track as a kid. Naturally, he stepped up to downhill racing as a teenager and then enduro and pumptrack, which became his two specialties.

Today his resume has highlights from almost every discipline and, at 24, the young man’s future in racing looks bright. But it hasn’t always been this way. Rooted In New Zealand tells the unlikely story of Keegan Wright’s path to a life as a pro racer. 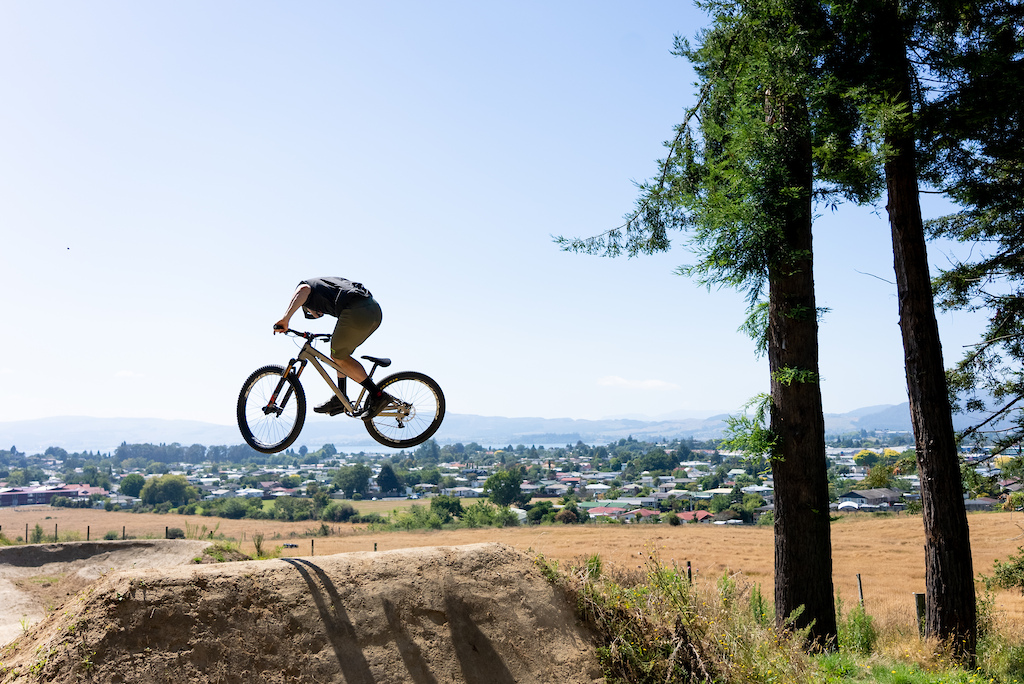 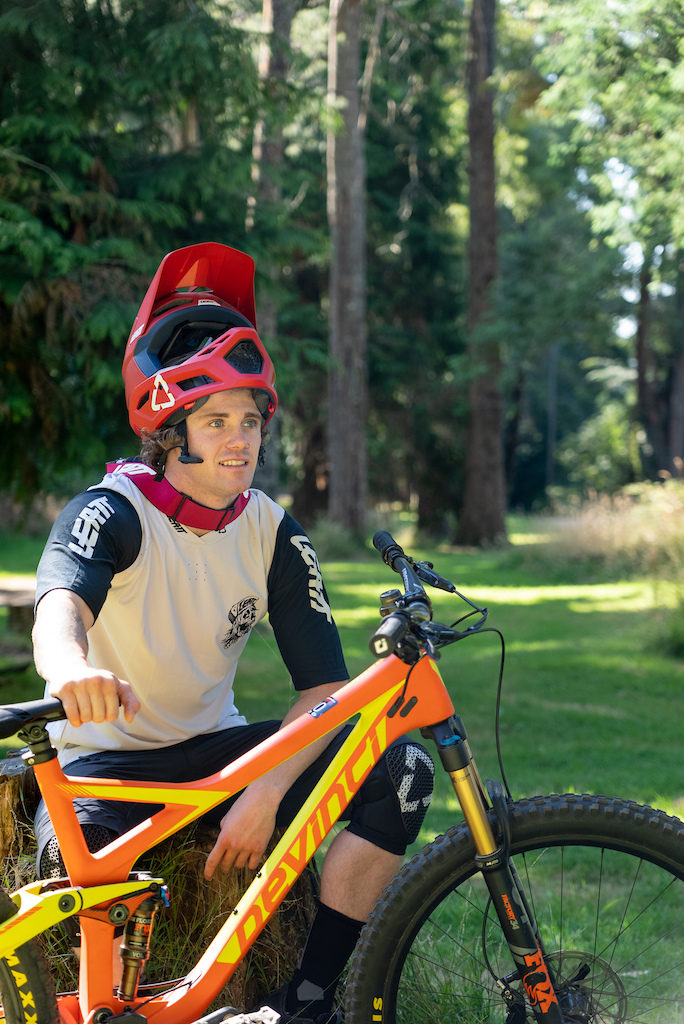 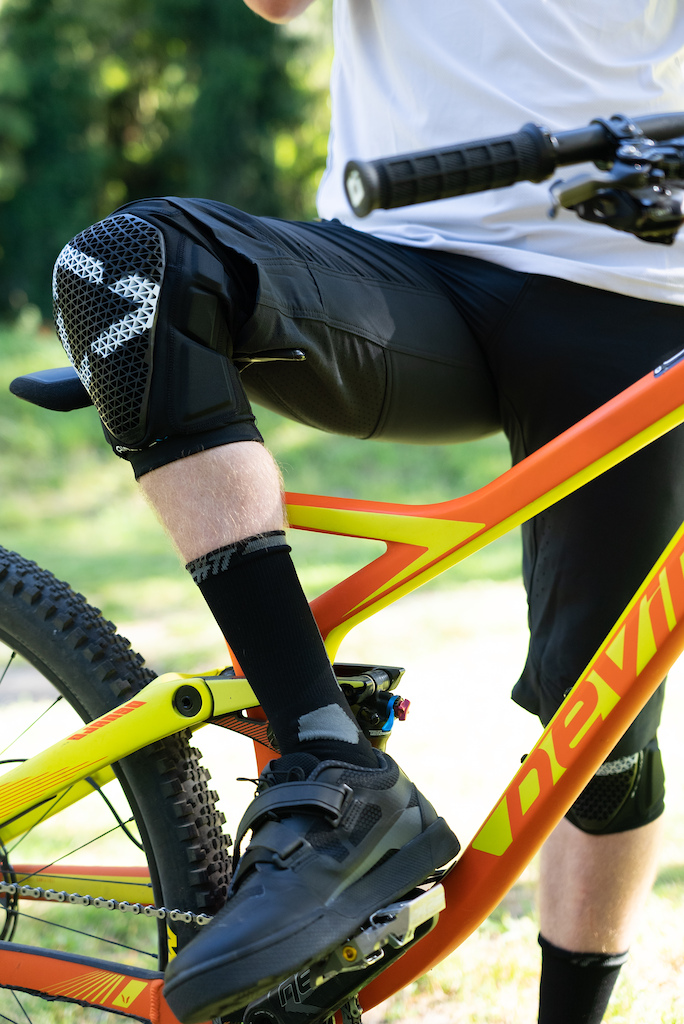 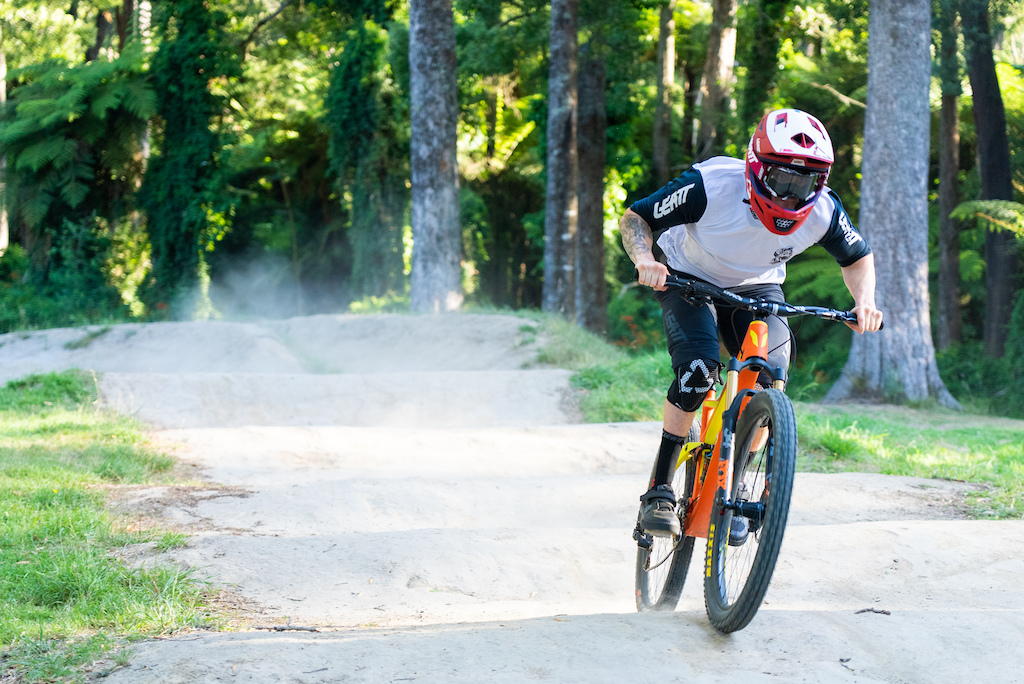 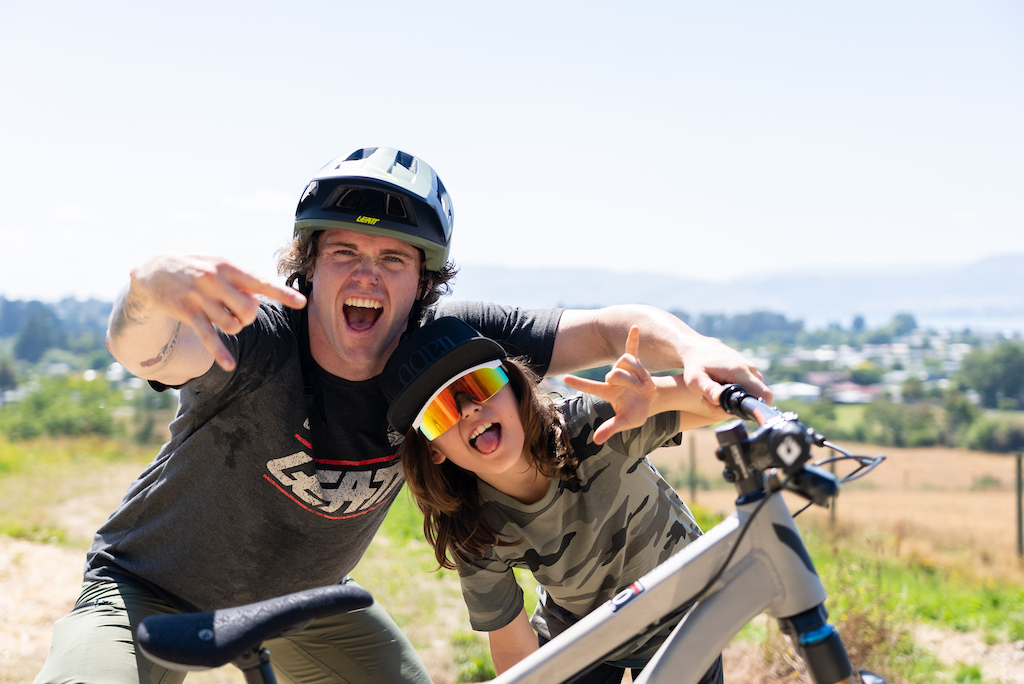 MMOF (Mar 9, 2021 at 9:14)
Kiwi's are just such nice people. I like his father's line... "I'll never accept that one of my children could not or would not be allowed to do something". Sounds like primary and high school for my kids where they were shut down instead of being able to question and challenge things that were told to them. Keegan, you are an inspiration and go full steam ahead. You have your family and the PB community behind you.

rocky-mtn-gman (Mar 9, 2021 at 12:26)
I believe it's a contraction of the word "has" rather than a possessive S - as in "How Keegan Wright HAS Defied a Congenital Development Disorder".

probikegeek (Mar 9, 2021 at 12:29)
I was fortunate enough to ride The North Shore with Keegan and another legend, and let me tell you, Keegans riding was mind blowing. Like, the kind of riding you don't know exists until you see it. The other legend said he had not seen riding like that in years. Keegan was also a super nice guy to hang out with. Keep on keepin on my man!

jbravo (Mar 9, 2021 at 17:48)
Our youngest was born with clubfoot, too, and he is a hell of rider. This last year has seen him gravitate to XBox too often, but hopefully this video will motivate him to get shredding again. Awesome to see Keegan just press right through it!

wheellove (Mar 10, 2021 at 0:42)
Very inspirational video, my 3yr old son has a a growth issue and he's mad keen for his ballance bike. Keegan's parents gave him a fantastic out look in life and from this I will draw inspiration. Also, saw him ride when living in NZ. Style and Speen galore

Trail6 (Mar 9, 2021 at 12:26)
You armchair tough guys kill me with your judgements. Get over yourselves... you're not perfect..just ask you mom or mum whatever you call her
Below threshold threads are hidden

bonfire (Mar 10, 2021 at 9:56)
Lol, my comment gets deleted. Good work PB. Let’s all hide and pretend that rolling around town at nearly 6 times the limit should be a hero and celebrated. Fined $630 because he’s an athlete.

racerfacer (Mar 10, 2021 at 10:24)
it's still there, but below threshold. But I agree. Love how people are falling over themselves to lick the dirt off Keegan's shoes. Whether we drive or ride to the trails, we all use the roads and put our lives in the hands of others, the least they could do is use their brains and plan out in advance how they are going to get home after enjoying some wobly pops.

kindern (Mar 10, 2021 at 10:37)
look here bud. hes on this article for what hes doing now, how hes good at riding. Yes, we know that drink driving is not good, but thats not what we are here for. i should imagine he already regrets it enough without keyboard warriors to rub it in. Its not your place to delve into others private lives and try to downplay them. keep it going keegan

GruntaNZ (Mar 10, 2021 at 11:14)
No ones hiding and pretending chief, he's been through the system, done the required punishment and has moved on... You should too.

math679 (Mar 10, 2021 at 11:30)
@bonfire - I went ahead and messaged Keegan directly on IG and he was nice enough to answer me and tell me more about what happened. You should do the same and stop calling him here, where it's obviously not the place.

bonfire (Mar 9, 2021 at 9:42)
How about how he defied driving sober and got busted 3 times over the legal limit and driving down the wrong side of the road. But gets a slap on the wrist because he’s a mediocre athlete? Get outta here.

How’s things going? Hope the riding in Nelson has been epic!!

I appreciate your comment but unfortunately you don’t seem to know the full story, although you seem to be judging off of what you’ve heard instead of hearing it from the first person

fuckingsteve (Mar 9, 2021 at 9:48)
@Keeganwrightmtb: I mean, aspersions on your athletic performance aside, the facts seem to match up with this article: www.nzherald.co.nz/rotorua-daily-post/news/professional-rotorua-mountain-biker-keegan-wright-sentenced-for-drink-driving/HUPEY5QROQA5ZKQBD2GBKO5Q7E

HB208 (Mar 9, 2021 at 9:53)
@Keeganwrightmtb: You seem like a good dude other than drunk driving. Kick the bottle. Some people cannot handle it responsibly.

AC-Fabz (Mar 9, 2021 at 10:59)
Life happens and mistakes are our biggest chance for learning and progressing, lets stop this KILL Culture and think about how or comments can lift people up rather than bring em down. Keep it fun, keep it happy. I barely know Keegan and have no knowledge of this story but it seems unfair and out of line to post that comment.

I’m not at all religious, but I think we need more of this these days.

weebleswobbles (Mar 9, 2021 at 11:09)
@f*ckingsteve: sentenced for drink driving. Sounds like the f@cking journo is on the sauce too

Tracefunction (Mar 9, 2021 at 11:26)
@weebleswobbles: That's the phraseology used in a lot of anglophone countries

JaToledo (Mar 9, 2021 at 11:35)
Let's be serious, that speed and amount of alcohol is a serious mistake no matter the circumstances.

That said, how many kids his age get caught doing the same yet don't get blasted on the media because they aren't that succesful at that age? If the courts in NZ are supposed to consider what his lawyer brought up, why would that be Keegans fault? Like, are we wanting him to have higher consequences because of his carrer? Besides, he himself recognized the fault he committed before trial and sought counceling.

Moner95 (Mar 9, 2021 at 11:50)
@AC-Fabz: Driving drunk is one of the most stupid things you can do and it is something that we ALL should deplore.Think about people that was injured or killed because somebody think "I'm not drunk, I can drive".

math679 (Mar 9, 2021 at 11:55)
Mediocre athlete? That's kinda steep for a a guy who won numerous Crankworx events and placed couple top 10s in EWS. On his DUI incident, I don't know the details but I'm sure Keegan learned his lesson. Nobody's perfect. Glad nothing tragic happened.

housem8d (Mar 9, 2021 at 15:55)
@AC-Fabz: disagree, the negativity is just there, you reap what you sow! When mtbing you learn from mistakes and keeping it fun, but that doesnt translate here. Oh, oops I potentially almost killed someone, time to progress. Sounds dismissive af. Intoxication is kill culture; white males getting a slap on the wrist...600$ and 4 weeks is an insult to a lot of ppl and reeks of privilege. Theres no valid reason to drive while drunk. I hope keegan can move forward and process this decision in a positive way.

AC-Fabz (Mar 10, 2021 at 16:30)
@Moner95: I agree with what you are saying here, drinking and driving is for sure not something I am supporting, when I was 18 my close cousin of the same age was killed by a Drunk Driver High on Meth. I've felt the pain something like Drunk Driving can cause. All I am saying is lets elevate and not eliminate, practice radical compassion and I think that will make this a better place for us all.

AC-Fabz (Mar 10, 2021 at 16:36)
@housem8d: I get you, I just know everyone has a story none of us know and we have no place to judge. I am not condoning Driving under the influence of any substance, I just think if we have more compassion the world will be a better place for us all. People are not their mistakes, they are not their wins that is just something that they did, it does not make them who they are. You are not wrong for your comments above, I am just trying to share a different perspective with the hope of spreading some positivity.
Post a Comment