Since the world locked down last year, we’ve all been searching for whatever nugget of joy we can find to cope with the weight of our Covid reality.

When New Zealand shut down, they took it to the next level, and Sam Blenkinsop holed up with his family and reveled in the opportunity he was given to spend time with his young daughter.

As the year progressed, the 10-year World Cup DH veteran found himself at home for his first winter in over a decade. As the lockdown eased, he jumped at the opportunity to explore the untapped trails of the Central Otago, just beyond the Remarkables Mountain Range.

The high desert topography and harsh landscape was once home to the South Island’s gold rush, and its trails were blazed by courageous miners who hiked their way in for days, taking respite in hillside caves in the glacial rock fields along the way.

Once he struck paydirt, he made arrangements with Hunt Cinema, and together they created Hidden Claim, capturing Sam’s unmistakable style aboard his Sight as he traces a path from cave to cabin in the 150-year-old footsteps of the intrepid explorers in search of the earth’s hidden treasures.

The exposed heat of the winter sun is usually too oppressive in the Central Otago, but Blenki and Hunt Cinema captured the nuanced gold backdrop of the perfect day that allowed this journey through a pivotal era in New Zealand’s history. 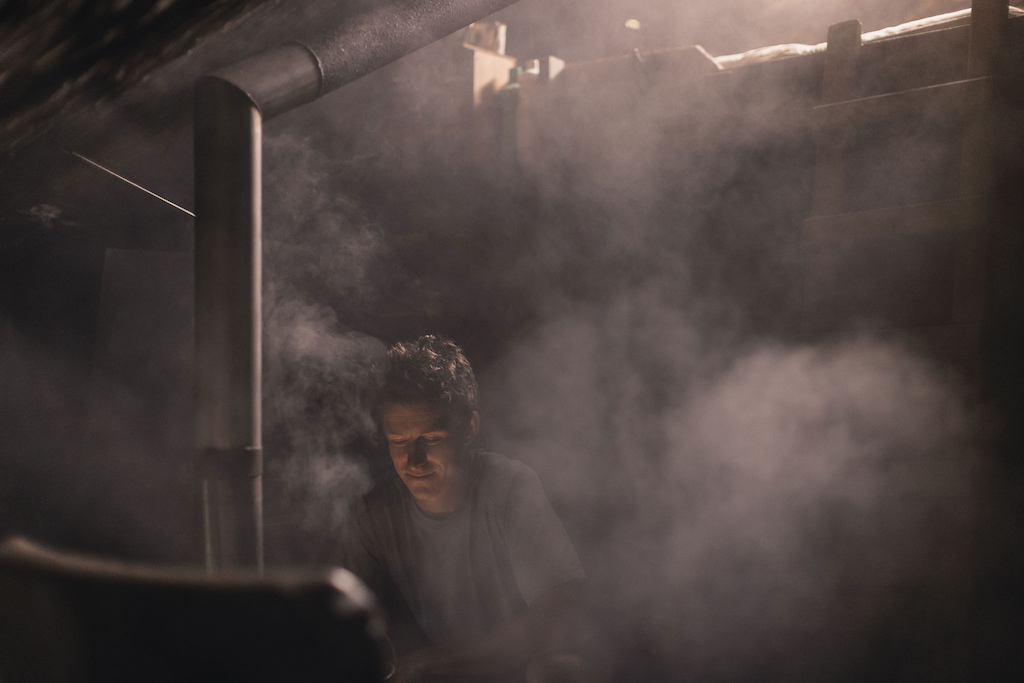 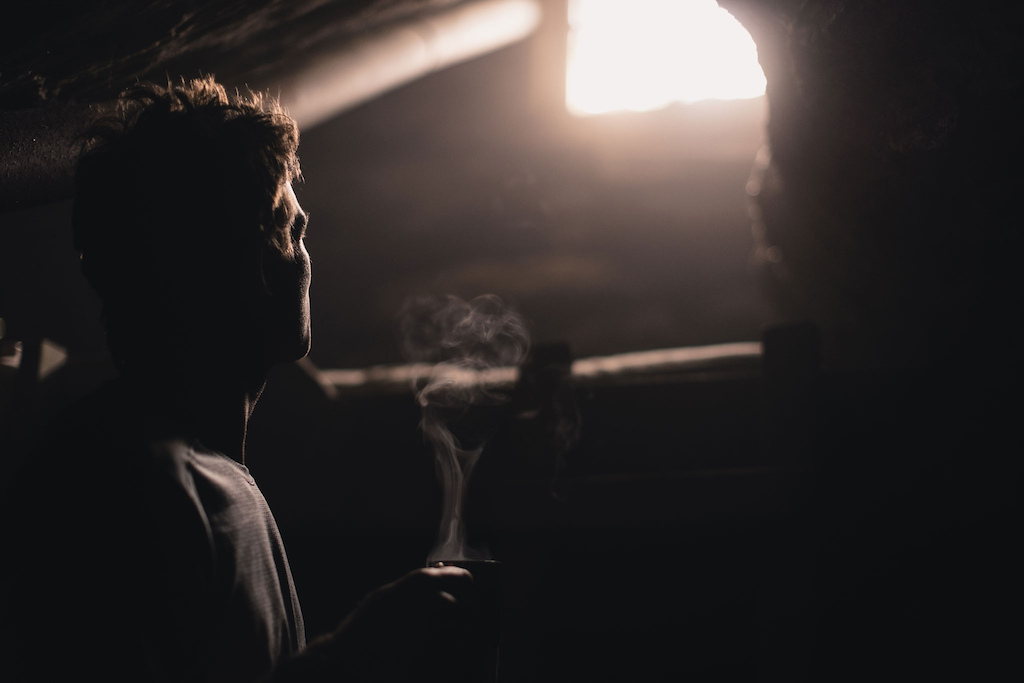 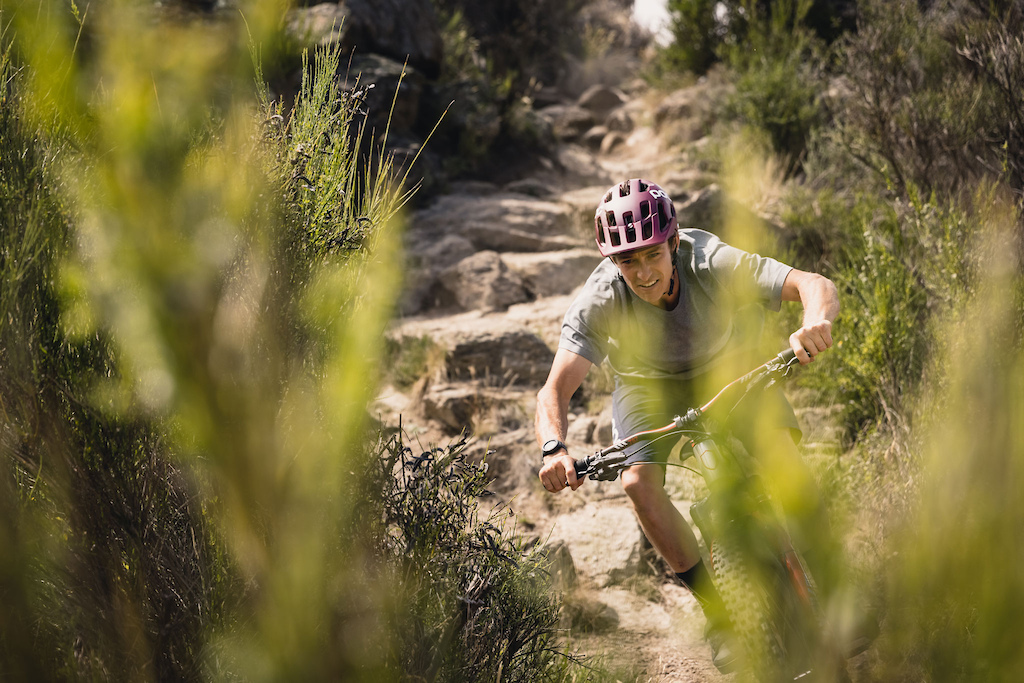 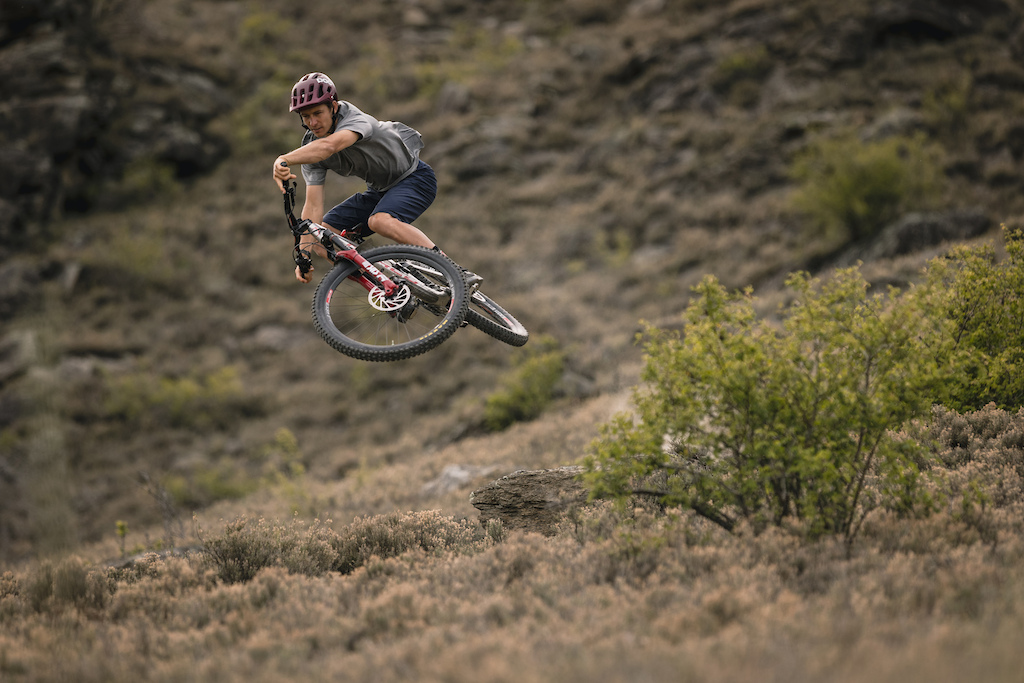 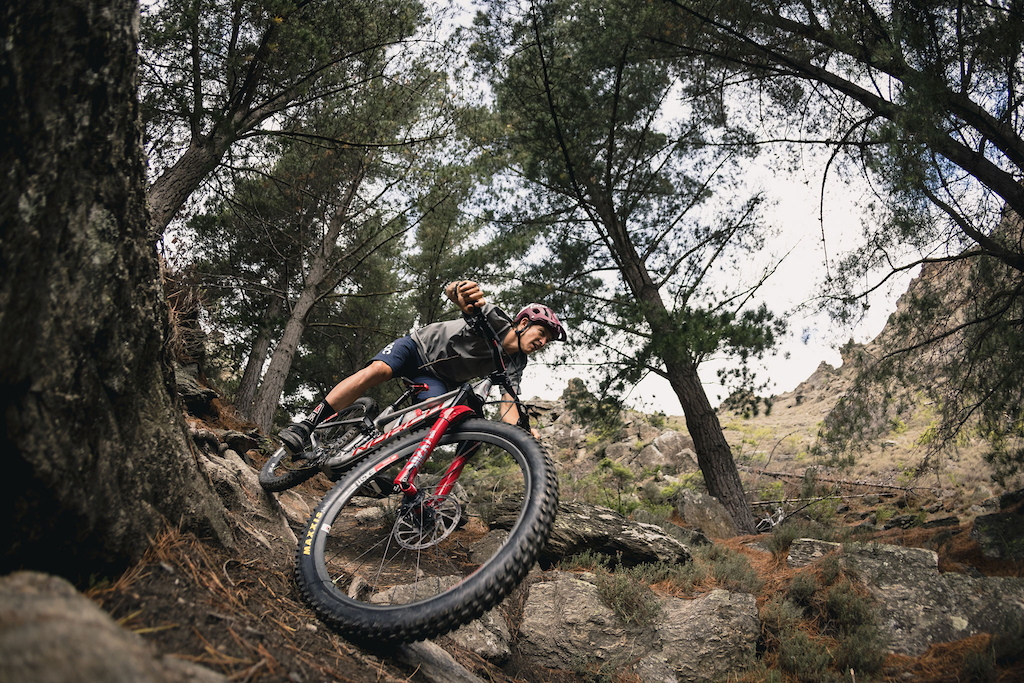 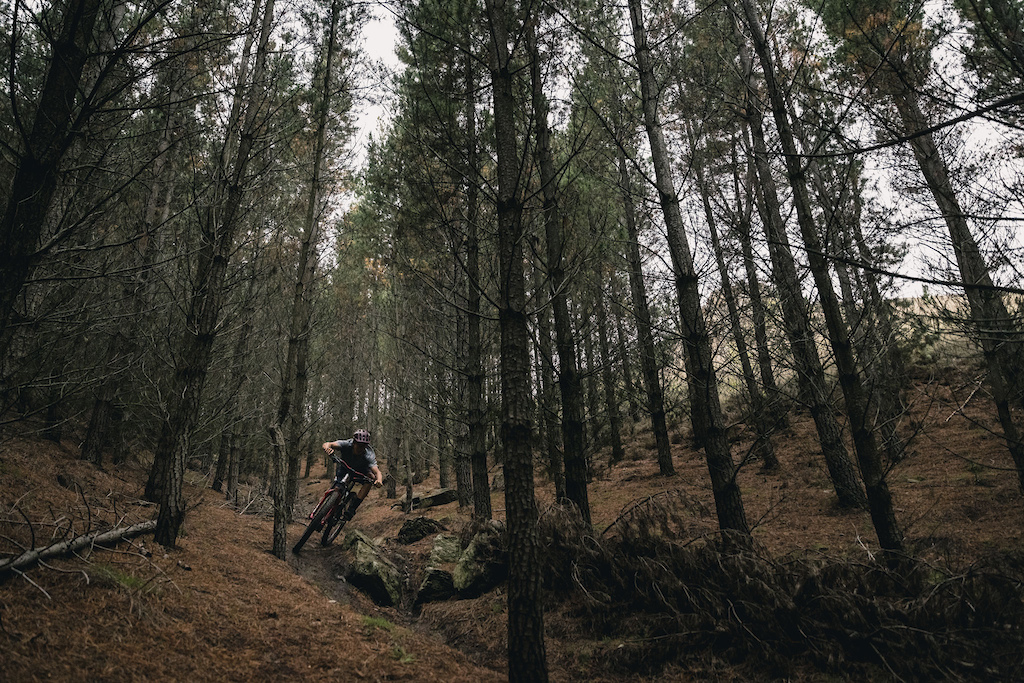 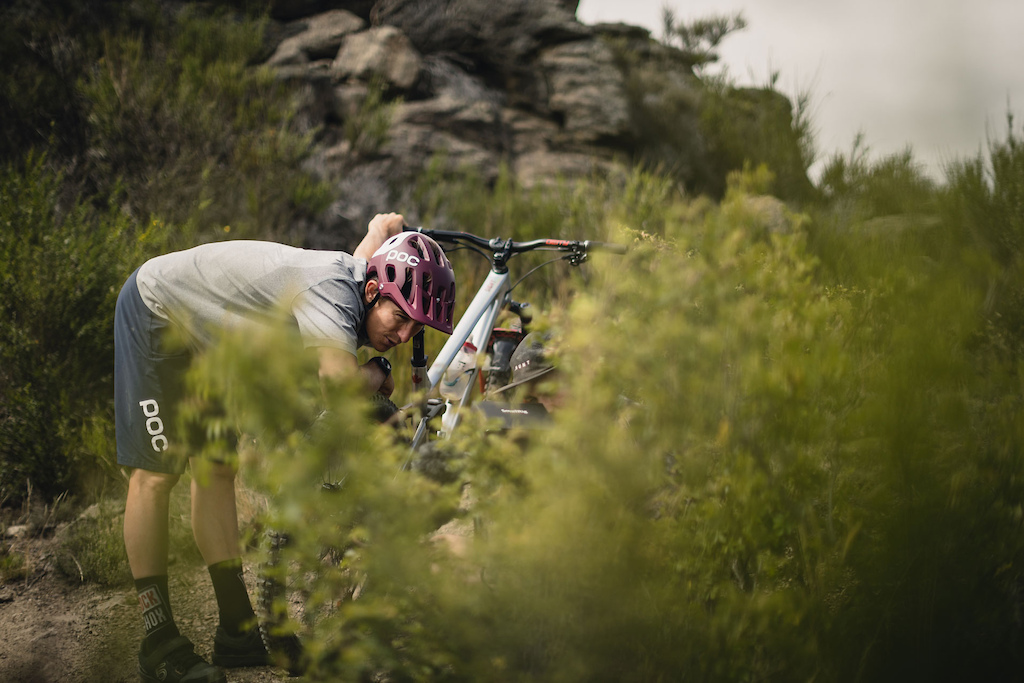 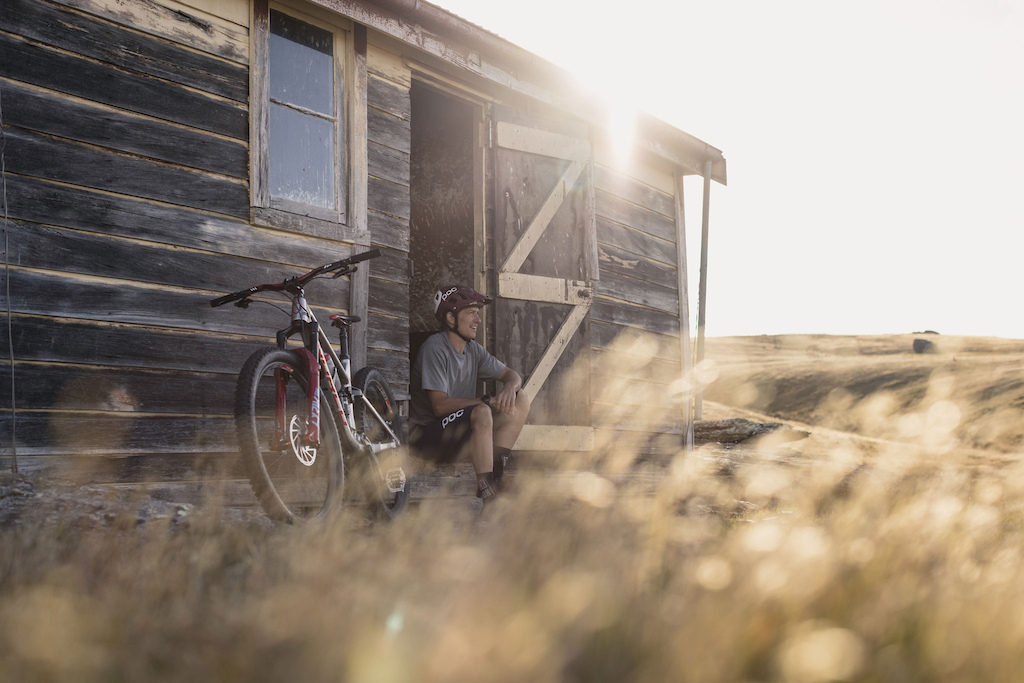 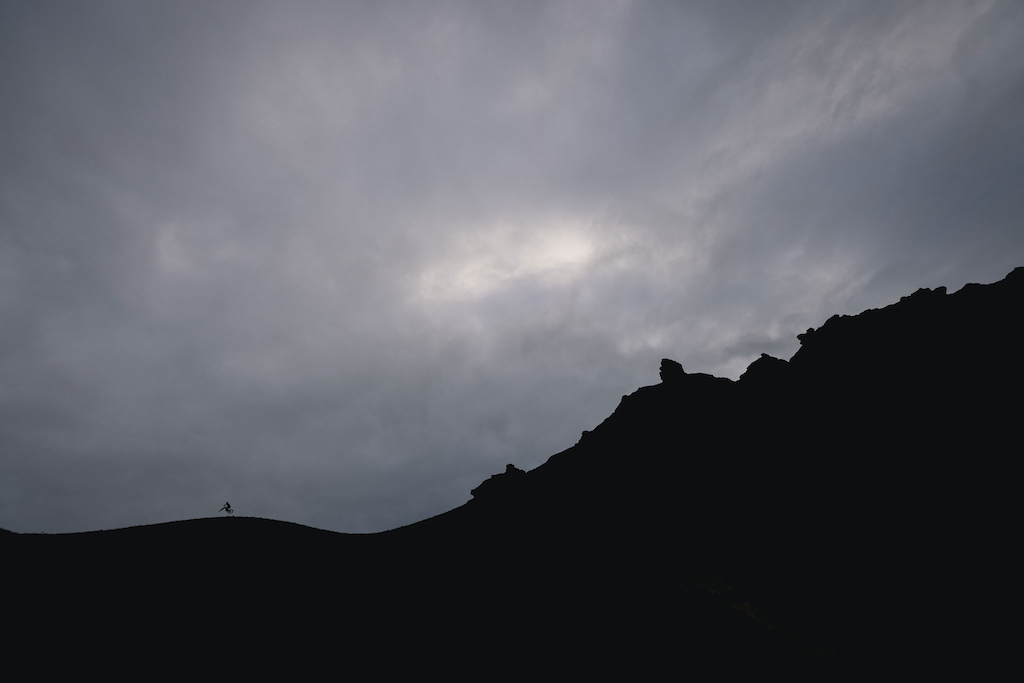 notsofastoverfifty (Mar 3, 2021 at 22:34)
Alexandra, NZ. About an hour from Queenstown. And yes, it is amazing riding. Another aspect of its beauty that the video can't show is the aroma of all the wild thyme that grows there also :-)

dkidd (Mar 3, 2021 at 9:35)
Music was perfect too; added some energy to the video without being distracting.

Endurip (Mar 3, 2021 at 10:35)
Probably the most stylish rider in the world. His movement on the bike, and what he can make the bike do is something to behold.

Waldon83 (Mar 3, 2021 at 23:27)
Throwback Thursday to this; www.pinkbike.com/news/video-how-to-ride-like-sam-blenkinsop-with-loc-bruni.html

aaronjb (Mar 4, 2021 at 4:10)
Why has the world forgotten the original flat pedal/no gloves ripper, Dave Cullinan?

Blenkinsop has heaps of style, but let's respect our elders.

Velocipedestrian (Mar 3, 2021 at 12:57)
@rrolly: we're just coming into autumn down here, that part of the country gets crazy hot.

dirtologist (Mar 3, 2021 at 14:29)
This is NZ, we have no insulation, and it's always somewhat warmer outside than inside our homes.

rrolly (Mar 4, 2021 at 6:03)
@dirtologist: I was surprised the first time I heard that. And I thought the Aussies were savages.

chrsei (Mar 3, 2021 at 9:15)
History is after hard days of work New Zealand gold diggers went out for a rip. Already back then they had bikes equipped with 29" wagon wheels.

tacklingdummy (Mar 3, 2021 at 12:00)
Riding, video, and trails look excellent. Where exactly are those trails? Can't find it on google maps.

Trudeez (Mar 3, 2021 at 18:41)
@halfwhip: something tells me not gonna be so secret for so long. Pinkbike is a great resource for people who want to blast out trail names and location on the internet.

Farmnz (Mar 3, 2021 at 19:09)
Alot of those trails have been ‘secret’ for about 25 years as they are on private land but the good news is Matangimtbpark.com should be launching soon!.

Herb1234 (Mar 3, 2021 at 20:39)
@Trudeez:
Alexandra has a lot of locals only trails. They aren’t mapped and tend to be invited only.
The local riders work hard with the owners of the Matangi station to retain their access and are very protective of the trails on stations land.
It is great to see it becoming formalised with the bike park being launched.

halfwhip (Mar 3, 2021 at 20:46)
@Farmnz: That's great news and I hope the moon dust holds up to more traffic! @Trudeez yes true, although they really are more off the beaten path rather than secret (there's a bunch of events held in that area every year). I still get lost up there after 20 years of dabbling!

CMonkey (Mar 3, 2021 at 23:56)
@Herb1234: they’re the closest trails to my house and favourite place to ride. I wouldn’t say they’re invite only but as there is no signs whatsoever you do need someone who knows them to show you around the first few times.

Herb1234 (Mar 4, 2021 at 4:13)
@CMonkey: I agree as a local they are all fair game, but you need a local to show you the good stuff is if you are not a local. No maps not Strava just a local telling to to follow the pink dots
So much good stuff in those hills, I’m really not sure why I moved away.

Trudeez (Mar 3, 2021 at 18:46)
Wondering the same thing.....he’s sponsored by Bluegrass, and they have their new half shell out. Maybe supply issues getting him a new one??

funkzander (Mar 3, 2021 at 13:21)
and peter jackson riding it
Below threshold threads are hidden

As we say down here : sweet as bro

MrNally (Mar 4, 2021 at 6:34)
your means of risk mitigation and Blenkinsop's means may differ, you will get over this hurdle in your life.