The fifth and sixth rounds of the Enduro World Series took place in Loudenvielle, France, over the weekend where Team Chain Reaction Cycles took on some of the gnarliest trails in the Pyrenees.

The stunning village of Loudenvielle, high up in the French Pyrenees, played host to stages five and six of the Enduro World Series.

There was a mixture of tracks to challenge the racers from flat-out wide big mountain open tracks to super steep technical trails and of course some big climbs in stages to keep the racers red lining and requiring cross-country fitness as well as downhill skills.

Race one was held on Thursday after a wet practice day on Wednesday making the tracks slick and extra challenging. The race was shortened to four stages from five as the Dolmans stage was removed, which happened to be Sam, Elliott and Kelan’s favourite stage – it was deemed too dangerous to ride after the rain. It was still going to be a big day and super challenging and physical. 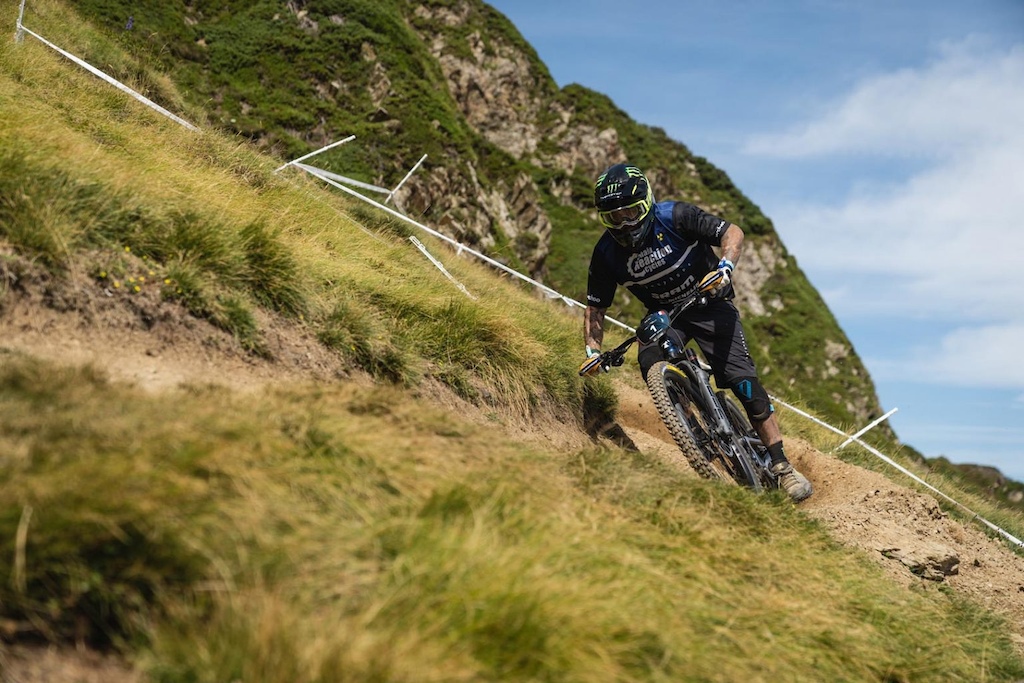 The riders had a one-day break and then it was back onto race action for round six of the EWS with one practice run on the Pro stage and then race runs on Saturday afternoon followed by five stages on Sunday.

The tracks were a lot drier which was good, but this made the tracks super rough, blown out and challenging as well as even faster speeds.

The Pro stage which would also be repeated for the final stage on Sunday was a great track to ride but super hard at race speed as it was really tight and awkward in places, with lots of roots and rocks and off-cambers. 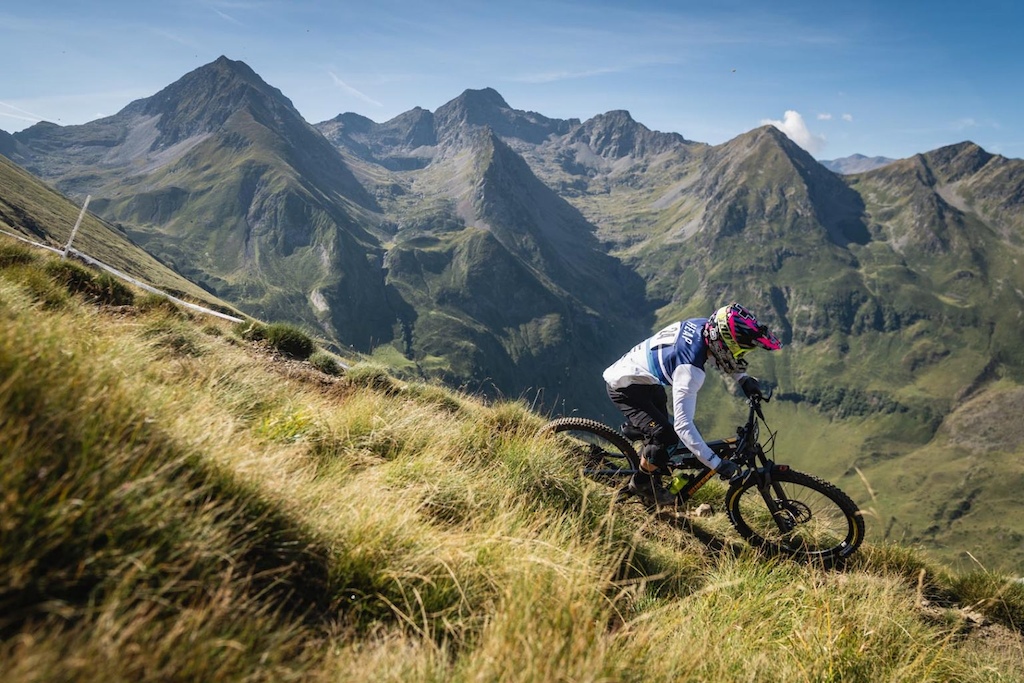 Sunday came and the weather was clear – the views up on the higher stages were stunning. The tracks were running super-fast and the racing was amazing!

It was a great effort from all the lads and thanks to Jacy and Oli for keeping the bikes running perfectly.

nukedchipp (Sep 9, 2021 at 9:35)
Love the way Sam is staying positive and still seems to be having fun. i can imagine a lot of other top riders that would be really sulking if things weren't going their way. The pressure on Sam to perform or the expectations fans have would really affect others. Saw him take a spill in practice and he more or less laughed it off - no sense of embarrassment. For such a legend he doesn't seem to have a massive ego to bruise.

RadBartTaylor (Sep 9, 2021 at 10:18)
Of any person out there....he's got nothing to prove that hasn't already been proven, in some ways it's LESS pressure vs some of the up and comers. I always got the distinct impressions that Sam was always riding at 95% and was in it for the long game and EWS Overall, when he needed a stage win, he could pull it out....that level of confidence is not interrupted by a bad race or a bad season, he'll be back (unless he decides to retire).....

donthaveadropper (Sep 10, 2021 at 12:00)
Other enduro riders: I need cliples pedals
Sam: Flats for life
Below threshold threads are hidden

I will say that seeing him battle Nicolas Vouilloz for a whole series/title... that I could totally get behind.
Post a Comment