The Spectral started life in Canyon's line-up back in 2014, and since its inception, it has taken residence as our do-it-all trail machine. Over the years we've tweaked the geo, the design and the frame features- but it has never lost the playful, agile ride character which we loved from the beginning. Our 150mm trail bike has always attracted huge variety of riders--from those who use the bike for a spot of EWS racing- through to others who simply want a fast, efficient and fun bike for riding long and ripping their local singletrack descents.

With this in mind, we set the bar pretty high for ourselves when we developed the latest version. The Spectral 29 had to be the most versatile, capable trail bike we have ever produced. If you are going to have just one bike in your garage- this is it. 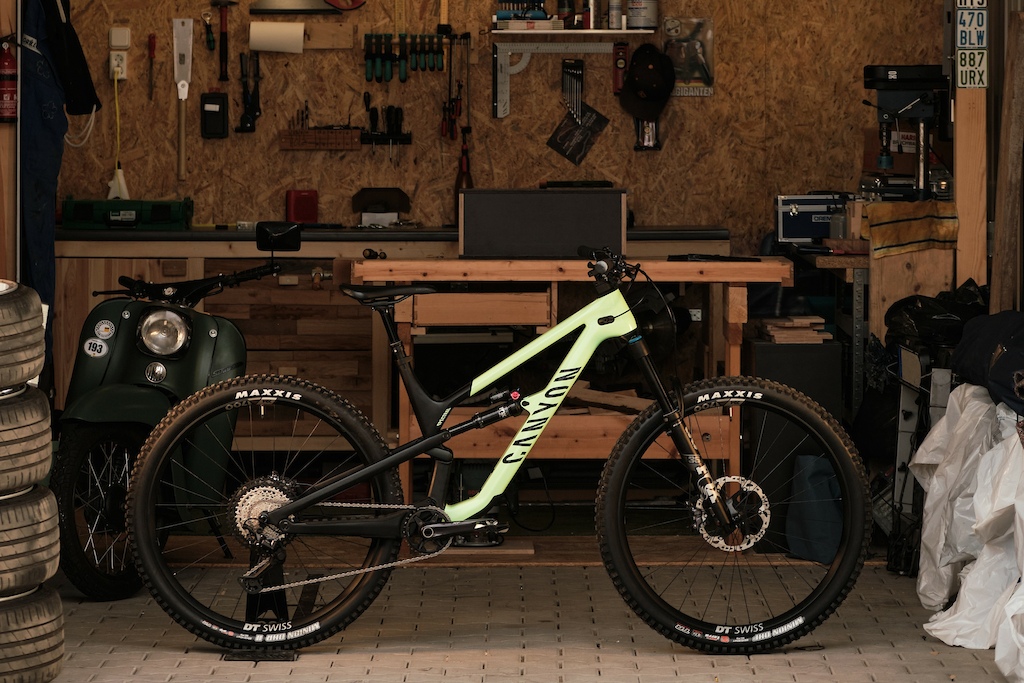 So, what's new? Almost everything.

"Almost" is the key word here. The supportive Triple Phase Suspension kinematic provides the lively, poppy ride qualities the 27.5 Spectral is renowned for, and we worked hard to retain these traits on the Spectral 29. For sure, we made some tweaks here and there, but the Spectral DNA is still very much intact.

But here is where the similarities end. First thing's first, if you hadn't guessed already, it's a 29er. Sitting alongside the existing Spectral 27.5, the Spectral 29 offers more control and more speed. 650b is by no means dead- the Spectral 27.5 is still there if you want a manouverable housefly of a trail bike to dance down your favourite tracks!

Anyway, back to the Spectral 29. And in case you were wondering, we didn't just toss in some bigger wheelers and call it a day. 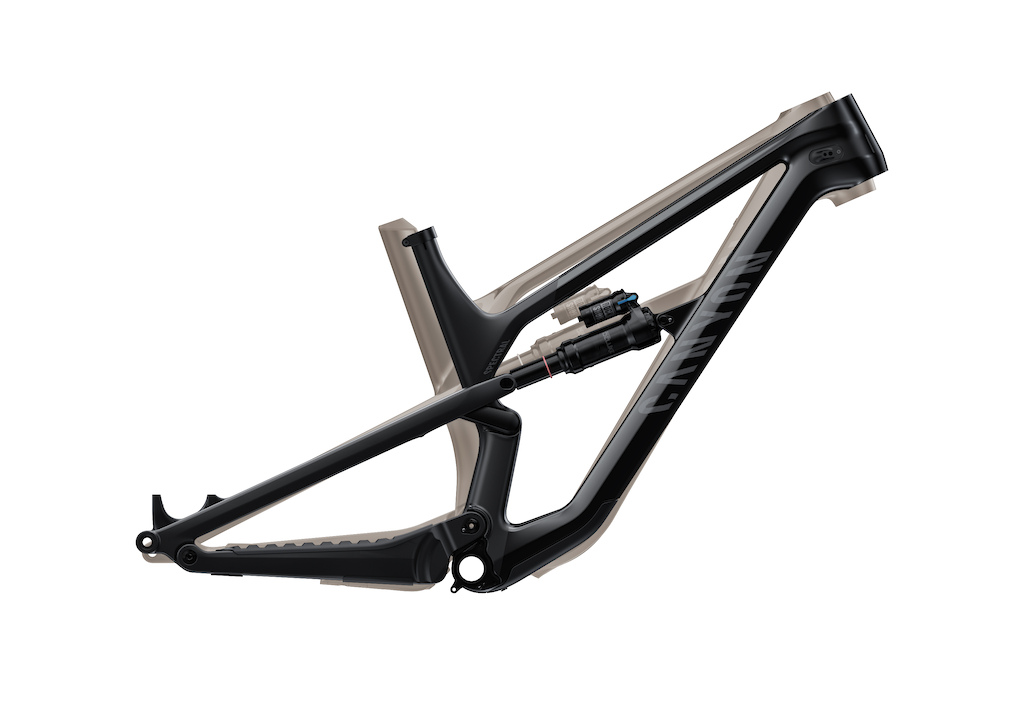 Spot the difference- fresh looks and fresh geo on the Spectral 29. 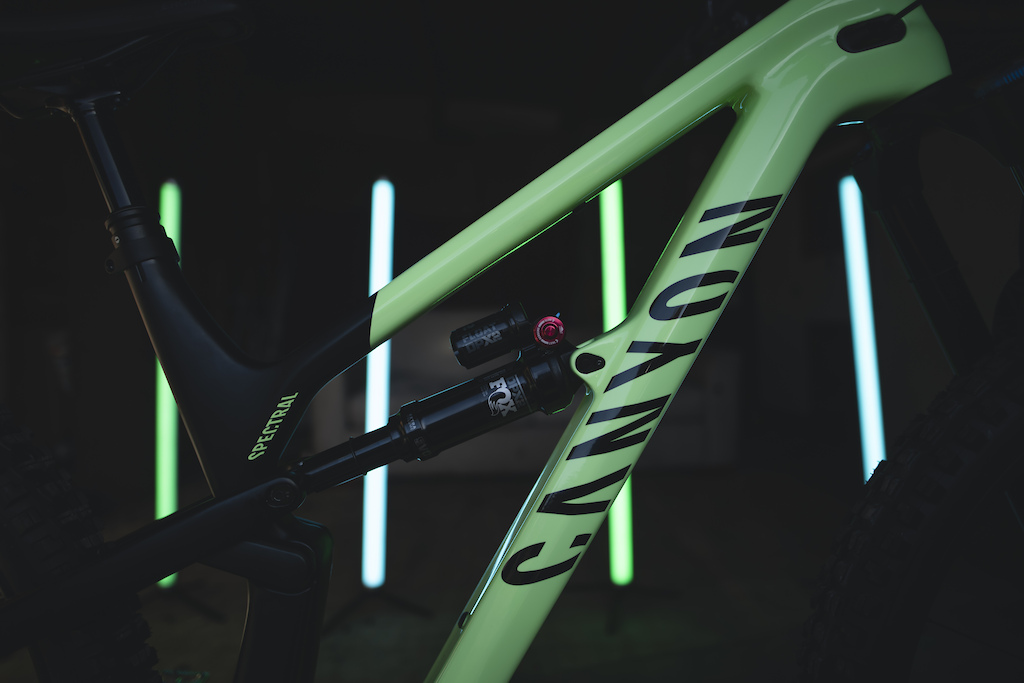 The Spectral 29 frame was developed from the ground up. 'Lighter and stiffer' is a line we hear a lot, and are guilty of throwing around ourselves from time to time. But on the Spectral 29 we took a new approach- targetting areas of the frame which we identified as needing high strength and stiffness, and recognising that it is not always possible to shave weight from every part. For example- the chainstays and rocker are actually heavier on this new bike than on the Spectral 27.5 frame. However, in doing this, we were then able to turn our attention to sections of the frame where weight could be saved without comprising our stiffness goals. New tube cross sections, carbon lay-up and downtube profile combined with a ton of work from our engineers resulted in a 200g weight saving over the Spectral 27.5. And, you guessed it, increased torsional stiffness at the headtube. The frame also meets our Category 4 testing standards, meaning it will handle EWS levels of punishment, and take the hits when your trail rides occasionally get a little looser than planned. 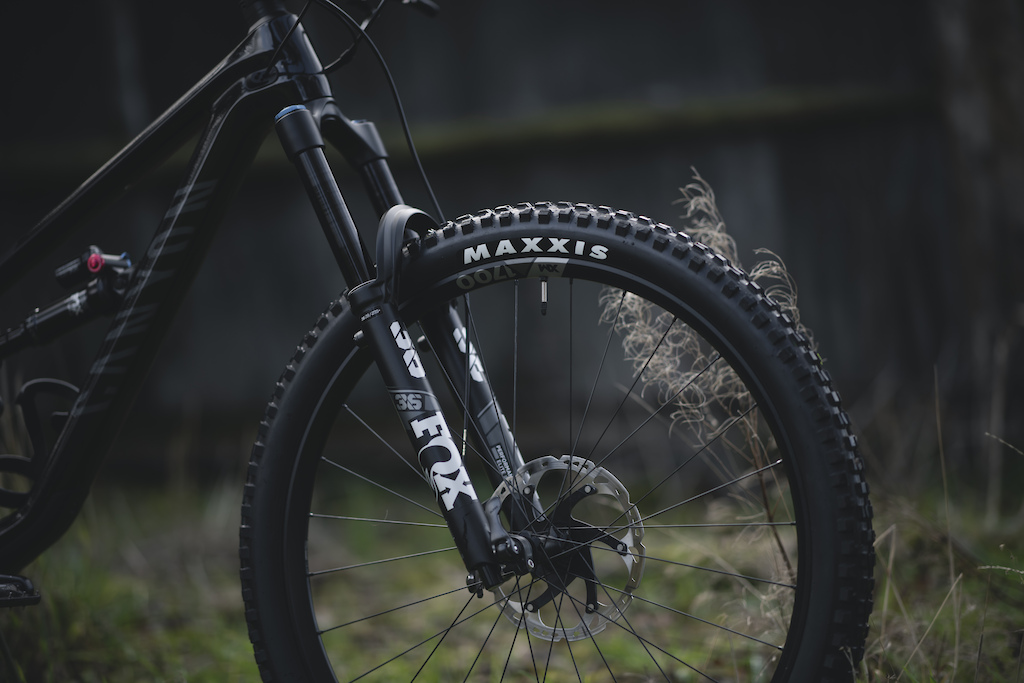 Hell yeah! In recent years there have been a serious evolution in geometry and an ever-broadening definition of what a 'trail bike' should be capable of. Accordingly, the Spectral 29's head tube angle comes in at 64 or 64.5 degrees depending on fork spec. But with the blend of low-offset forks and longer reach helping to centre the rider in the middle of the bike- the Spectral 29 can still wriggle with the best of them on low-speed sections. The added length and stability take things to the next level when it get faster, steeper and rougher. 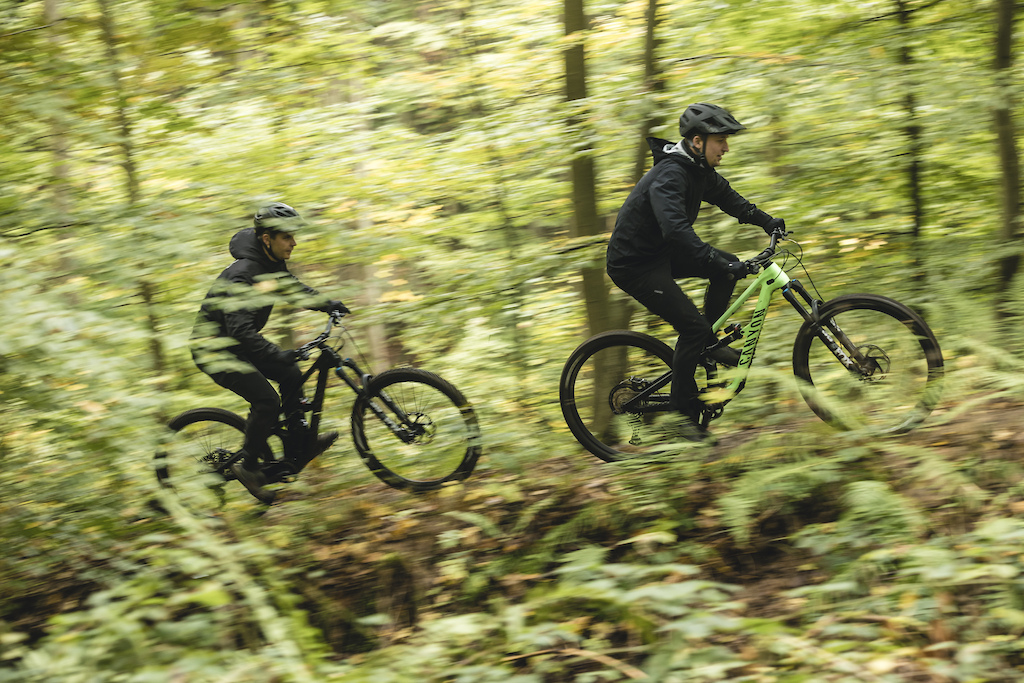 What about the uphills?

The seat tube angle is steeper. This offers a more forward weight distribution and less suspension sag when seated, resulting in more efficient climbing. Depending on your set up, you can go as steep as 77 degrees. We measure the effective seat tube angles at our own calculated seat height for each frame size, so if you at the lower end of our published saddle height range- these numbers only go up. There's also tweaked anti-squat behaviour and the previously mentioned weight saving to further boost the bike's pedalling performance on the climbs.

Less time in the workshop, more time on the trail.

Durability and user friendliness are key to keep a bike rolling longer while ensuring that when it is time to get the spanners out, you can get the job done in minimal time and with minimal faff. As was the case with our new Sender CFR, input from the Canyon CLLCTV DH Team mechanics proved an invaluable in the Spectral 29's R&D process. The bike includes several clever design details directly inspired by mechanics who spend every waking moment stripping down bikes and dealing with equipment getting pushed to the limit, day in, day out. 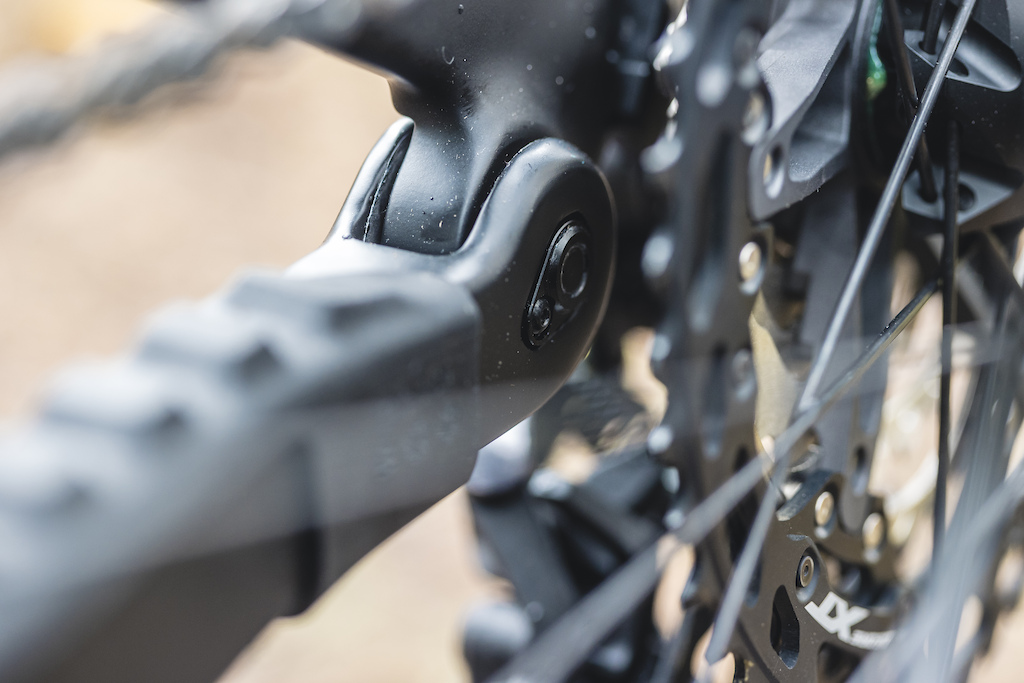 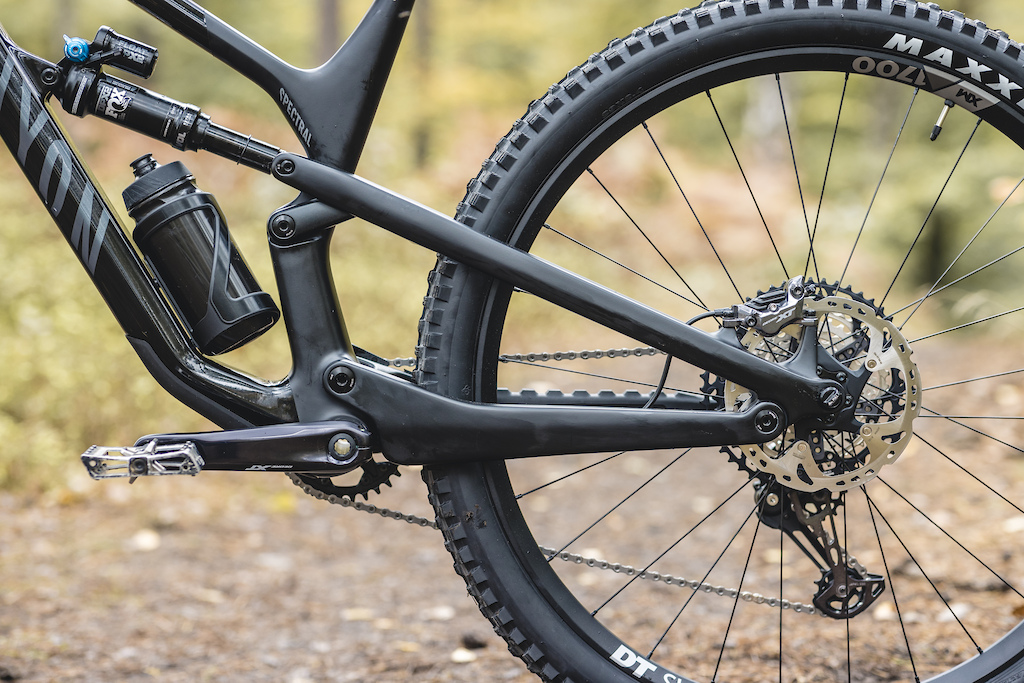 All the pivot points (apart from one) can be accessed from the non-driveside speeding up bolt checks and rebuilds. But the double sealed bearings/ bolt heads mean you won't be wrenching often. 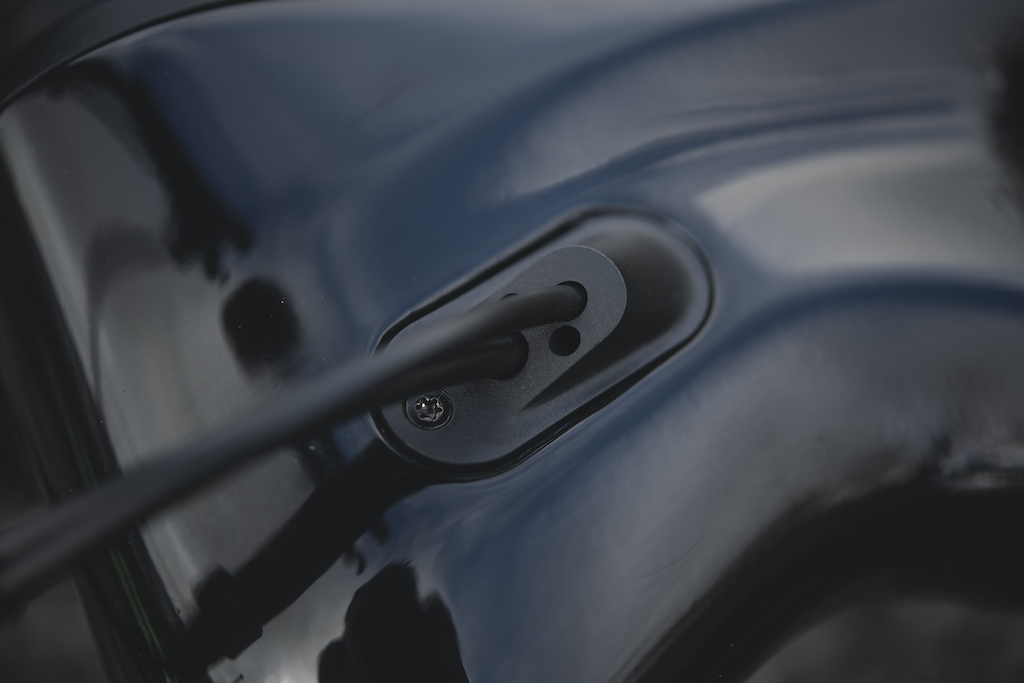 Time to change cables? The internal routing is fully guided from end to end. 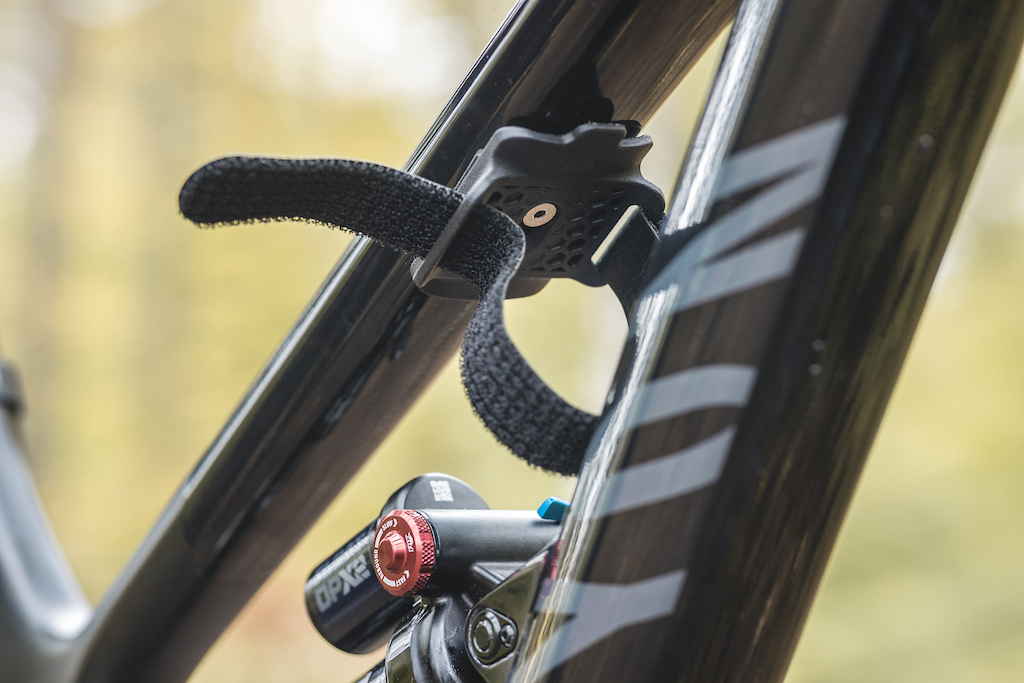 Storage options, for anyone carrying.


One-bike-for-all means there has to be some choices available...

We have to admit, we love low BB heights. They feel great in the turns. But we also know pedal strikes happen. Depending on where or how you ride, a low BB can be less of a blessing and more of a curse. Taking our experience of the Shapeshifter on our Strive enduro bike- we wanted to offer the chance for Spectral 29 owners to adjust their ride height to suit what they are riding. A 2=position flip chip on the lower shock mount offers 8mm of BB height change, which makes cleaning that super-tech climb on your local loop a bit easier. At the same time the head tube and seat tube angles also change by 0.5 a degree. 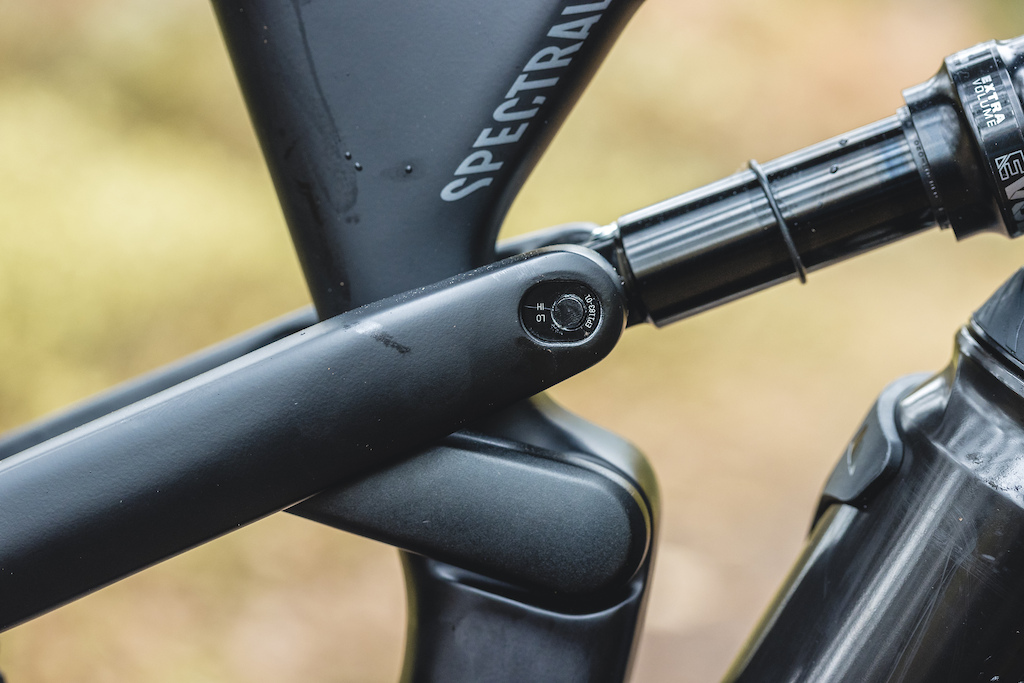 We designed the Spectral 29 to work for a huge range of riders and while the frame does a great job of boosting the bikes versatility, the component spec also plays a part. The Spectral 29 line up in all markets outside of the USA sees two 'styles' of spec. The All-Round spec features a more lightweight setup, with a 150mm Rockshox Pike fork, inline Deluxe shock and fast rolling Maxxis Dissector rear tyre making it the perfect choice for bigger rides, brutal climbing and covering ground. The Shred spec on other models includes a burly Fox 36 fork set at 160mm, piggy-back DPX2 rear shock, slightly slacker head angle and beefier build...making it the choice for riders pushing hard when things point down. All Spectral 29 models sold in the United States will feature this latter "Shred spec", consisting of either a Fox 36/DPX2 combo or RockShox Lyrik/Super Deluxe kit. 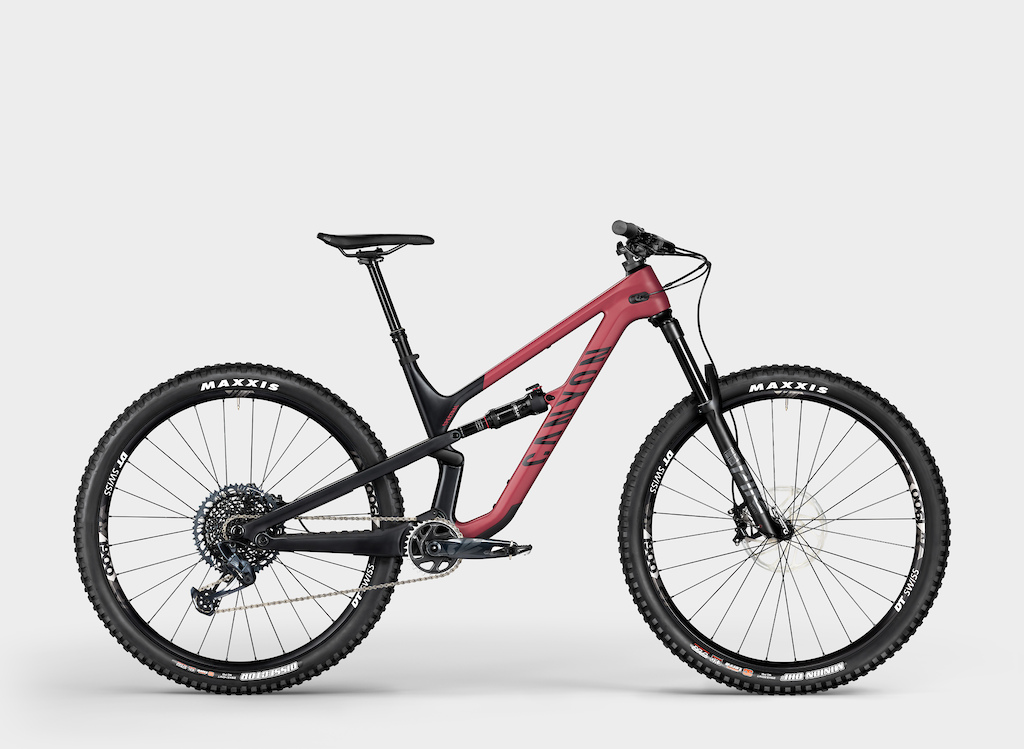 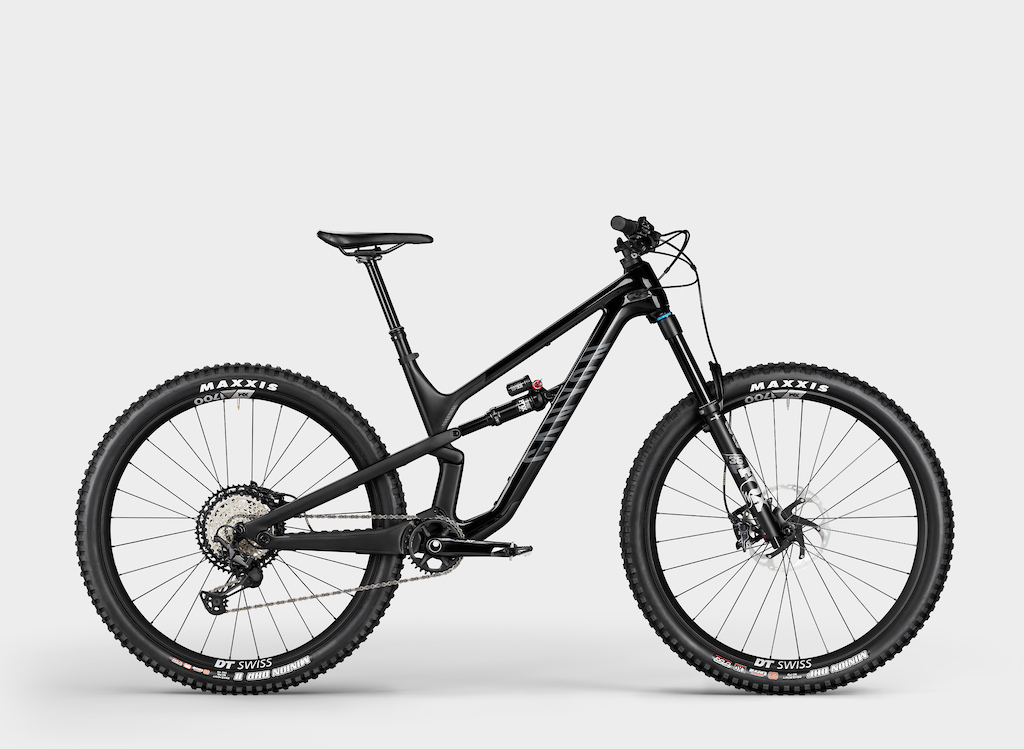 Discover the Spectral 29 range at canyon.com

enduroNZ (Dec 1, 2020 at 19:27)
Basically the recipe for these films is get a new bike, get sick riders to ride it, doing a raft of tricks Most people will never be able to do, insinuate if you buy you’ll ride like them... has me sold every time

genemk (Dec 1, 2020 at 6:23)
In German a warranty is called a "Garantie". Maybe that's why the Canyon folks never understand what us crazy English speaking people keep asking about? Fun video nonetheless with great riders, just wish Canyon took better care of their customers.

Afterschoolsports (Dec 1, 2020 at 6:26)
Love this. I've been really happy with my canyon torques and wanted something with a touch less travel, water bottle, and 29" wheels. I'll probably get one of the shred specs after xmas.

suppehue (Dec 2, 2020 at 1:21)
This video is good. My understanding is that this sort of riding is now covered by warranty.

Bomadics (Dec 1, 2020 at 10:33)
I want to know what all the tire marks on his driveway were from, some weird driving, or crazy soft tires not sure which.

robito (Dec 1, 2020 at 7:37)
This is MTB where the top female, redbull sponsored, with many WC wins still can't afford a porsche unless they mortgage their unborn child's future.