Video: Search for Slop on a Scottish Road Trip

Leading on from their first Search for the Slop episode that was filmed in Fort William back in February, Liam Moynihan and James Shirley set off on a quest to see what other riding spots were as good as home. With a small window between the late race season and the inevitable ‘second wave’, it was the perfect opportunity to sample some new trails. The original idea was to experience conditions in other countries but with travel restrictions coming back into place it made sense to stick to Scotland and experience some of the country’s finest! 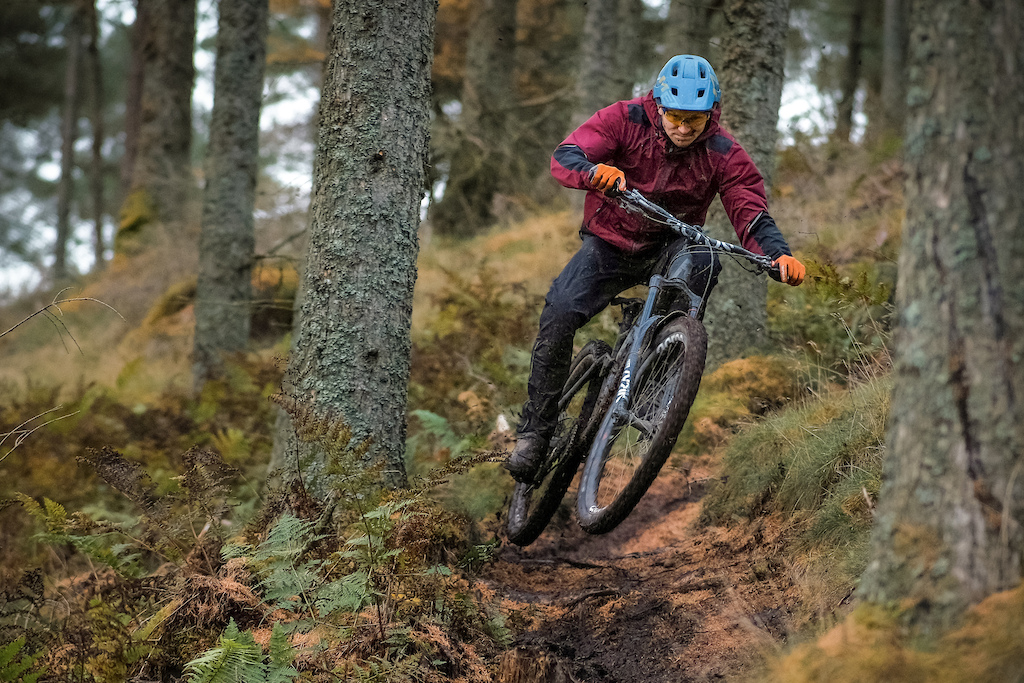 (Photo by Dougie Somerville)
Fifteen days cooped up in separate vans with mountains of manky wet kit made for some fairly grim living but spirits remained high as each spot kept delivering sensational tracks, sloppy conditions and fantastic company along the way. 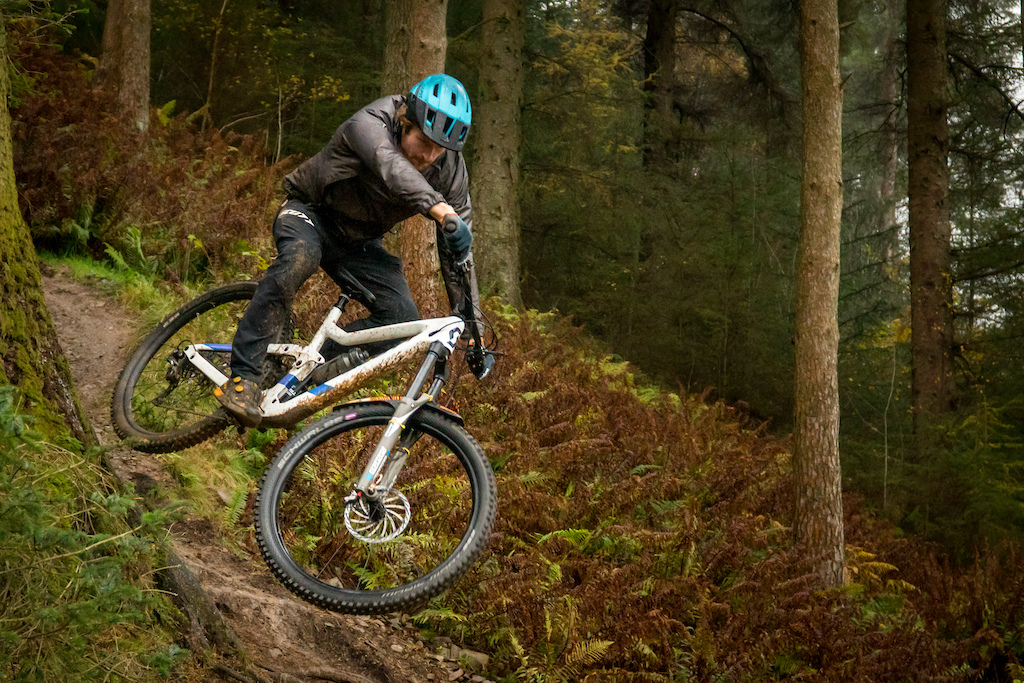 North of Fort William on the shores of Loch Ness, Drumnadrochit was the first place on the hit list. Meeting up with Joe Connell they sampled some of the local delights before heading up to Inverness the following day. It was then fair well to Connel and onwards and across-wards over to Aviemore. Deep dark woods made for epic riding topped off with a well-deserved wash in the Loch. Next stop was Dunkeld about an hour and a half’s drive south on the A9. Christopher Gallagher (aka. Christo) arrived to return the walkie talkie and aid in sniffing out the best trails in the area. This boy seems to get around and Dunkeld did not disappoint! Treacherous trails, plenty of puddles and amazing action. Stay tuned next week to see how the middle stint of the journey unfolds… 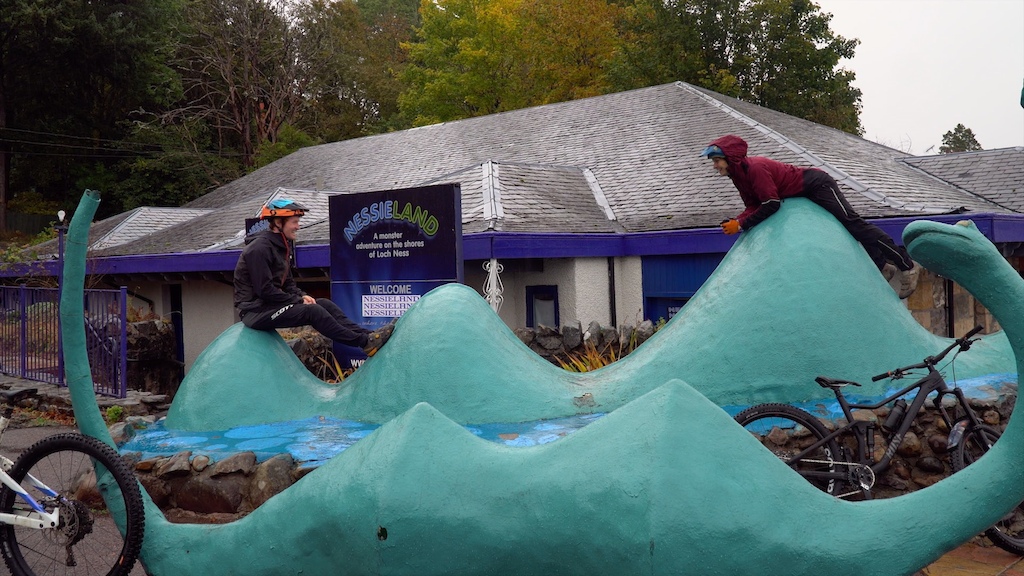 We'll be back next Wednesday with Part two!

Search for the Slop Episode 1

scoobydan (Dec 10, 2020 at 3:22)
Man the trails in Scotland are so damn epic. The only thing that sketches me out sometimes when riding on your own is they are so remote. I thought BC would be worse but most of their trails are close to a town of sorts. One of the best places for pure, raw, natural trails!

browner (Dec 10, 2020 at 4:32)
You fall off in remote Scotland and the bogs, the moorland, the puddles and the moss digest your body nourishing our impoverished soils

Niseach1 (Dec 10, 2020 at 7:17)
Never thought I'd see the day when Peat And Diesel made it onto Pinkbike #LovelyStornoway #That'sthewaywedoitintheWesternIsles . Fantastic! Great riding / top band.

dudesofhazard (Dec 10, 2020 at 13:56)
Ahh yusss! I was hoping that would go down well. Haha we're not quite islanders but the highlands is closish and I'm sure we've been brought up with similar music, it's so good hearing it bashed together with a punky feel haha! Got another one of theirs in part 2 !

dudesofhazard (Dec 10, 2020 at 2:05)
Ahh thanks! I try loads of different music on each bit so always glad when it works out! Cheers

monsieurgage (Dec 10, 2020 at 11:47)
DOH make some of my favourite videos. Tea and Biscuits is number 1 but outside of that, lotta DOH. Keep shredding boys can't wait to see Katy in the next episode. Any chance for a collab with Martha Gill, Bex, or Connolly?

dudesofhazard (Dec 10, 2020 at 14:03)
Thanks for the kind words! Yeh it was great having Katy out. Nation was blowing all our minds with his raw speed that day too. They're some pair! A collab with Bex and Martha would be really good, barrel of laughs with them! Same with Ella and she's not too far up the road from us. Definitely good suggestions for future videos!


white bike looks like having 27.5 wheels am I correct does anyone know ?

HankBizzle (Dec 10, 2020 at 0:58)
You don't really have to search very hard for slop in Scotland. In fact quite the opposite these days.

arna86 (Dec 10, 2020 at 14:03)
Enjoyed that a whole lot. Great soundtrack, great spots and great riding. Really looking forward to the next episode!

slayerdegnar (Dec 10, 2020 at 19:07)
Love DOH! They have even influenced some of my trail building. Making tech rut tracks with sharp turns.

dudesofhazard (Dec 10, 2020 at 2:12)
Ahh we were supposed to go to Wales and England in the series but with all the local restrictions at the time it wasn't possible.
The third part of the journey ( out 23rd dec) is East coast - but ended up being the wettest of all.. haha!