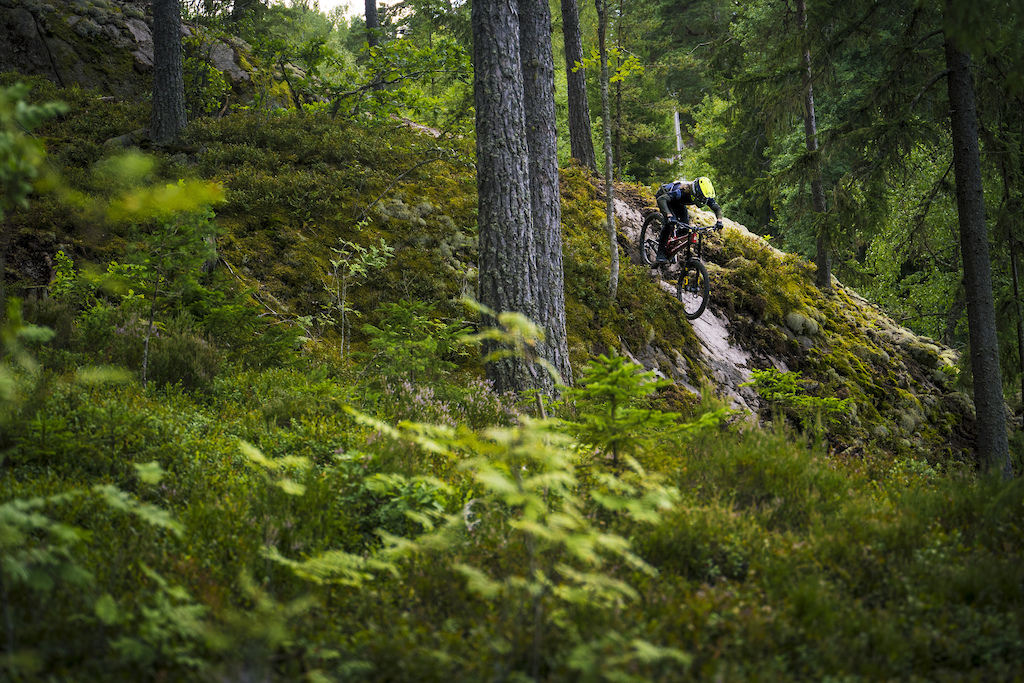 SWEDE SHREDS
SEASON 2
photography & words // hanna jonsson
video // simon berggren
From the rocky trail riding and dirt jump scene in Göteborg to the brand new bike park in Kisa. From the downhill-mecca that is Järvsö Bike Park and the world-class jump setup in Dome Adrenaline Zone to one of Sweden’s most northern bike parks in Bygdsiljum and Sweden’s most historic downhill track in Åre Bike Park.

Welcome to season 2 of Swede Shreds!

A 4-part web series that takes you to some of Sweden's best spots for Gravity MTB. Mountain biker and presenter Hanna Jonsson travels from the south to the north to explore some sick riding spots together with some of Sweden's best riders like Emil Johansson, Zakarias Johansen, Oscar Hänrström, Alma Wiggberg and even the old Downhill World Cup legend Johan Engström.

Can you get good gravity riding in the middle of a huge city? That is a question we set out to find the answer to in this first episode. From technical trail riding to massive freeride lines and some of Sweden’s best dirt jumping, it’s safe to say that Göteborg’s gravity scene really is something else. We explore the technical enduro tracks in Lackarebäck, only a stone's throw away from the city centre with local riders Johanna Küchler, Simon Johansson and Christian Bengtsson. Simon then takes us 30-minutes outside the city to show his build-in-process. A freeride line that might just become the biggest one in Sweden. The third, and final stop of the episode is one of Sweden's best dirt jump spots called Kallebäcksdirten. A hidden green area with tons of jumps that attracts all kinds of riders: from BMXers to Slopestyle and Enduro riders. 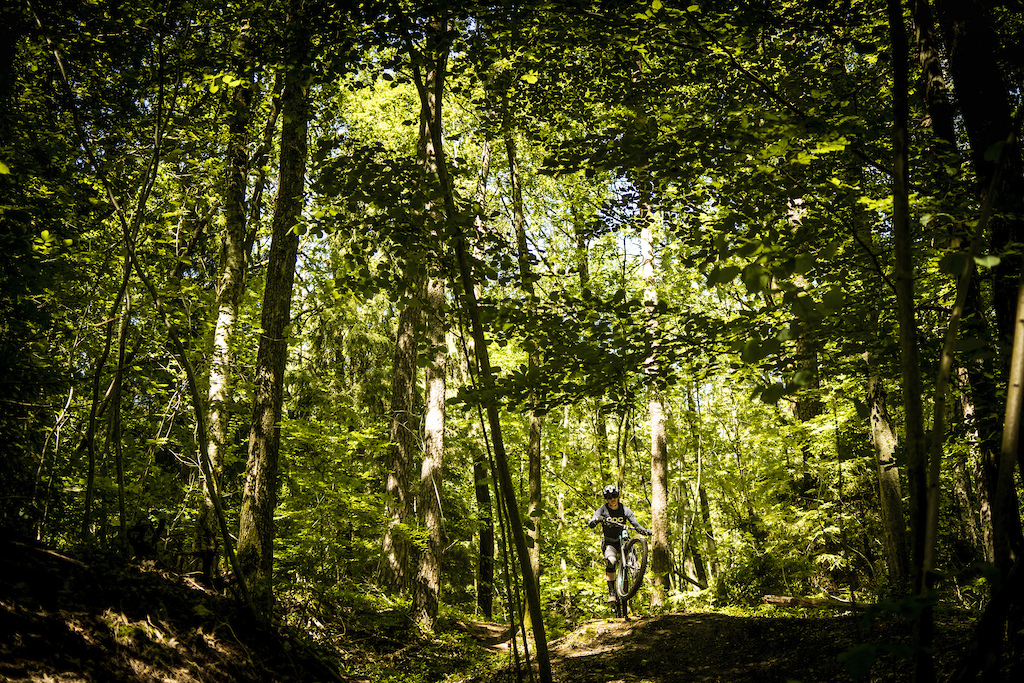 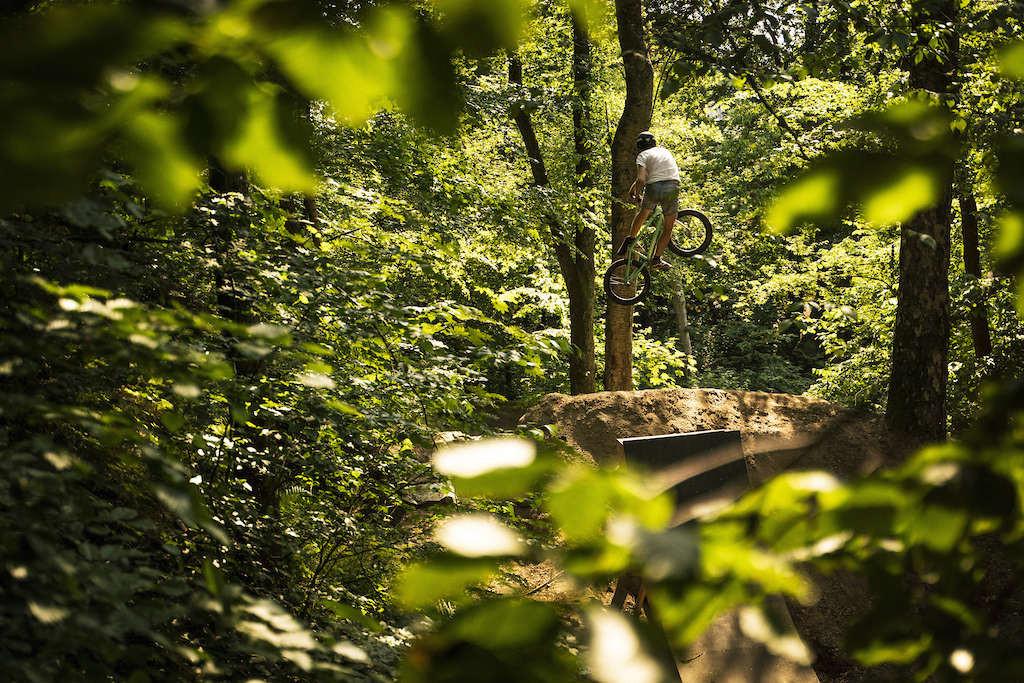 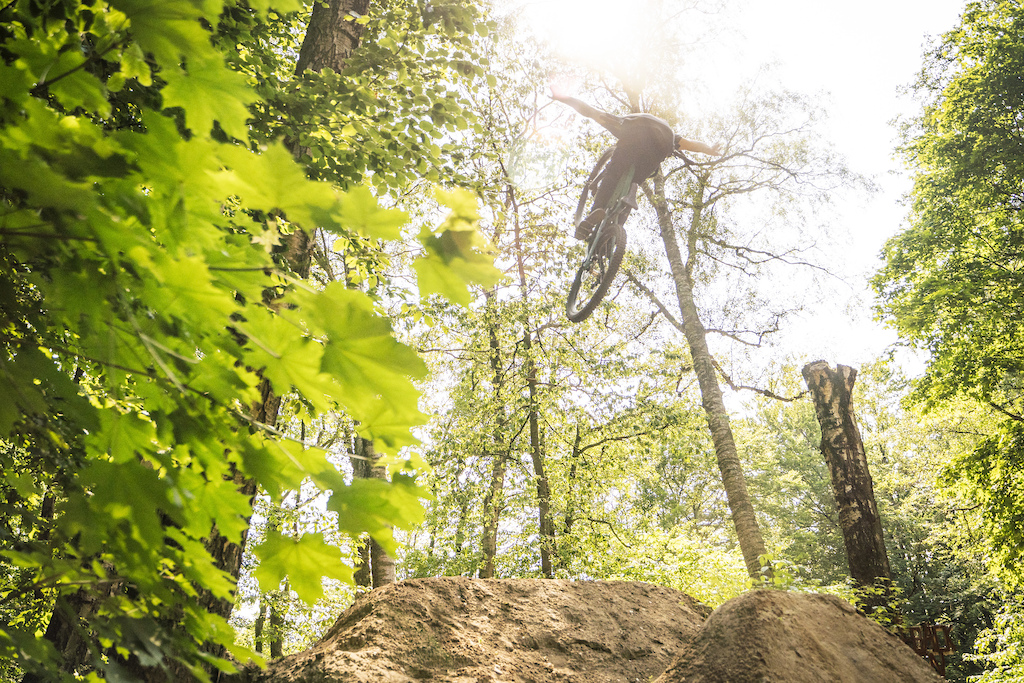 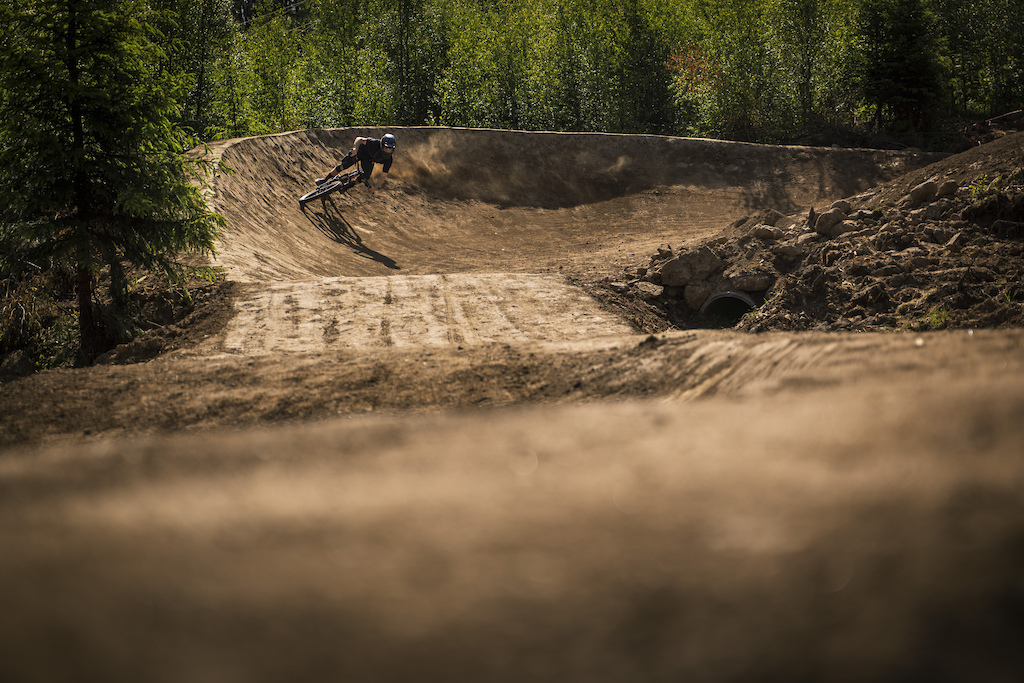 
How long does it take to build a bike park from scratch? Well, three months if you ask Oscar Härnström and his crew at Kisa MTB Park. But it does include insanely long hours, no off-days and a lot of dedication.

Last year, Oscar Härnström took the leap and bought an old ski hill in the southeast of Sweden in order to transform it into his dream park. Together with his partner Beatrice Johansson and brother Hampus Quist, the trio put in huge hours in order to get the park open in time for summer 2021. With huge rock rolls, massive jumps, playful side hits everywhere it's safe to say that this park has a completely different vibe from most others. While it caters to beginners and families, the focus here is on big and burley and is a playground for more advanced riders. A refreshing addition to the Swedish MTB scene where the focus mostly is on easy and beginner-friendly. 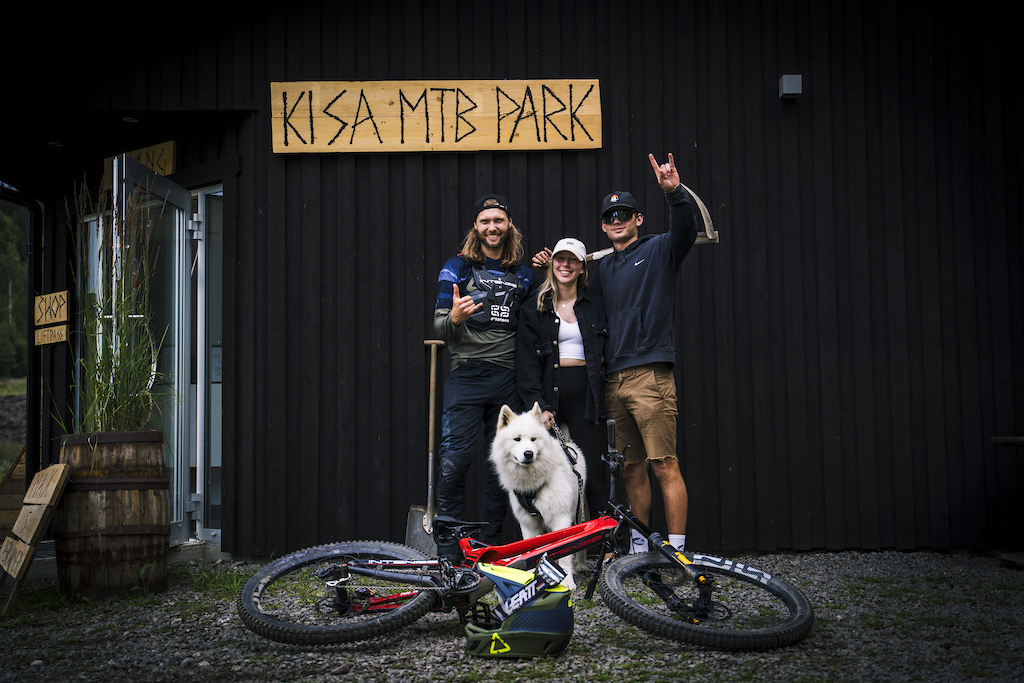 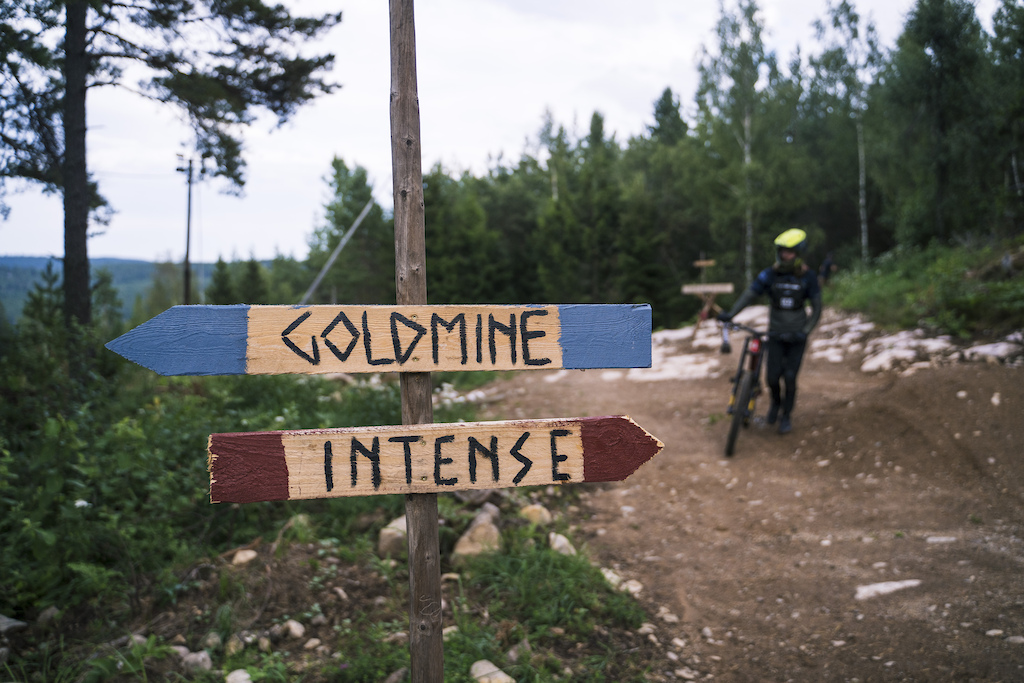 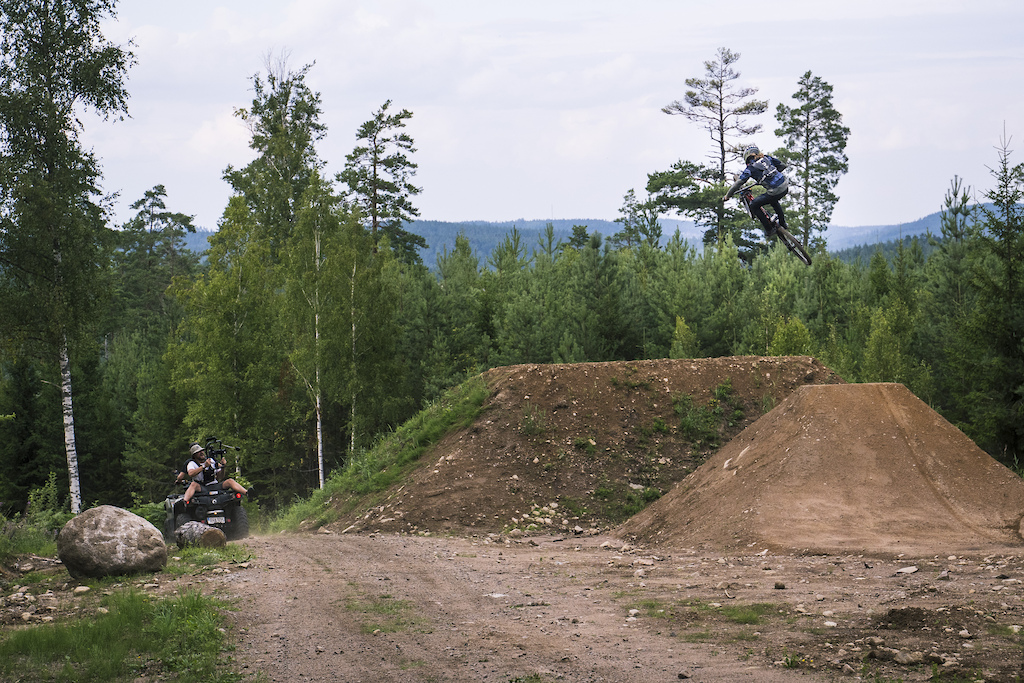 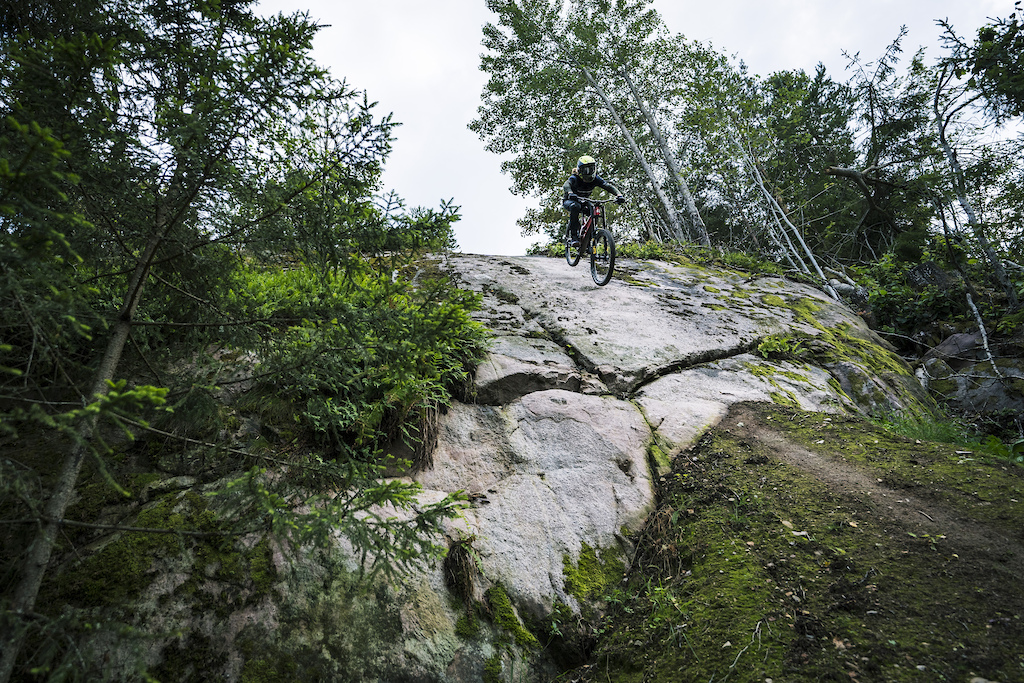 
Welcome to two of Sweden's most popular facilities when it comes to Downhill riding and indoor jump practice.

How do you maintain a bike park, what is it that attracts riders to Järvsö and does Zakarias Johansen’s wheels ever touch the ground - these are all questions we explore in the first part of this episode together with Zakarias, Elina Davidsson and Alex Bäckvall. We then move on to one of the world's best indoor training facilities for action sports, Dome Adrenaline Zone located in Gävle in Sweden. This place has one of the best jump setups with several different take-offs into a foam pit and a landable airbag. Here we meet the Swedish Slopestyle elit Emil Johansson, Lukas Skiöld and Ludvig Eriksson and up-and-coming freerider Alma Wiggberg for some high-flying acrobatics. 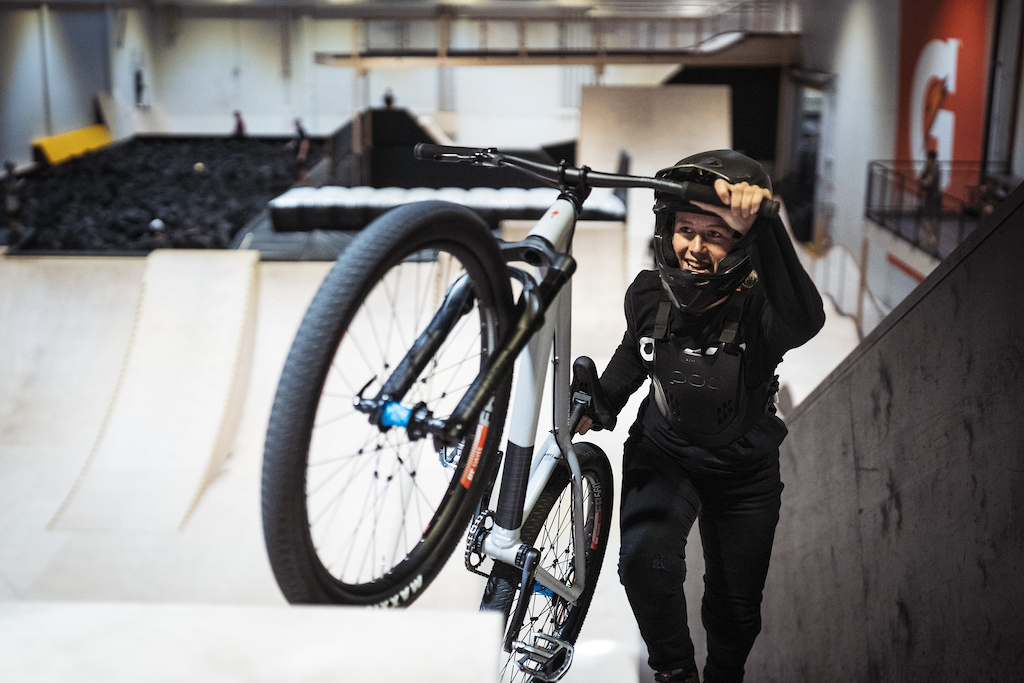 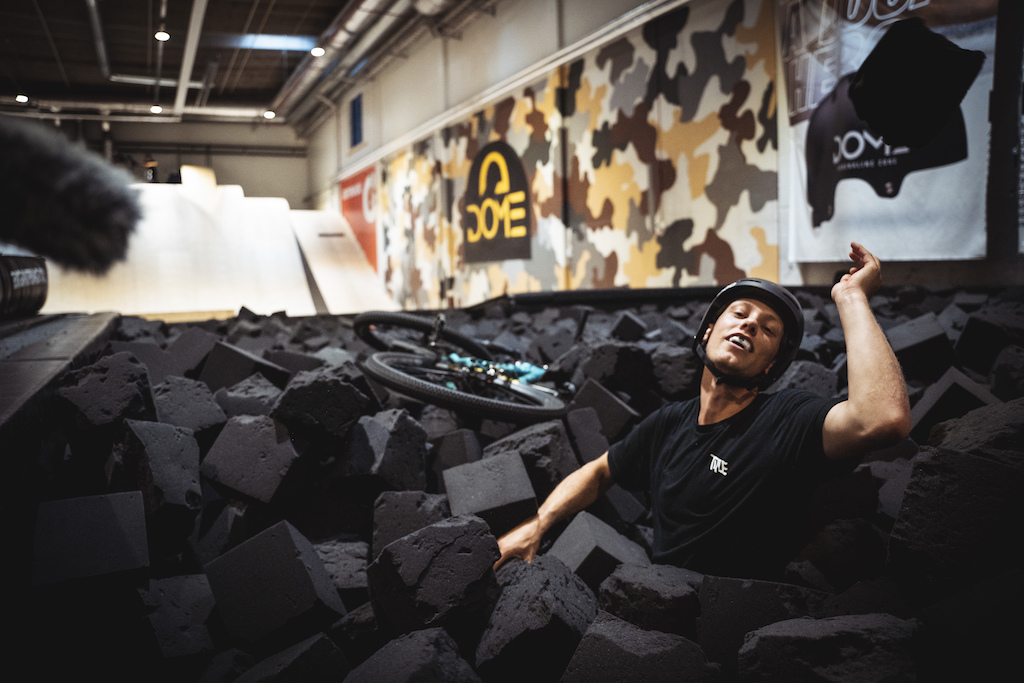 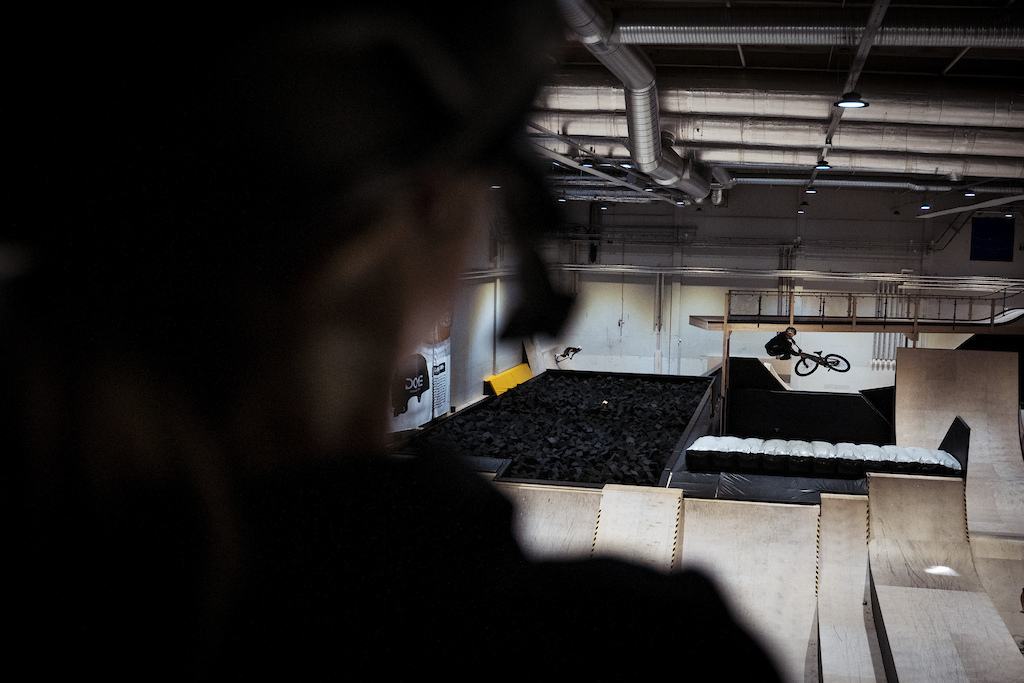 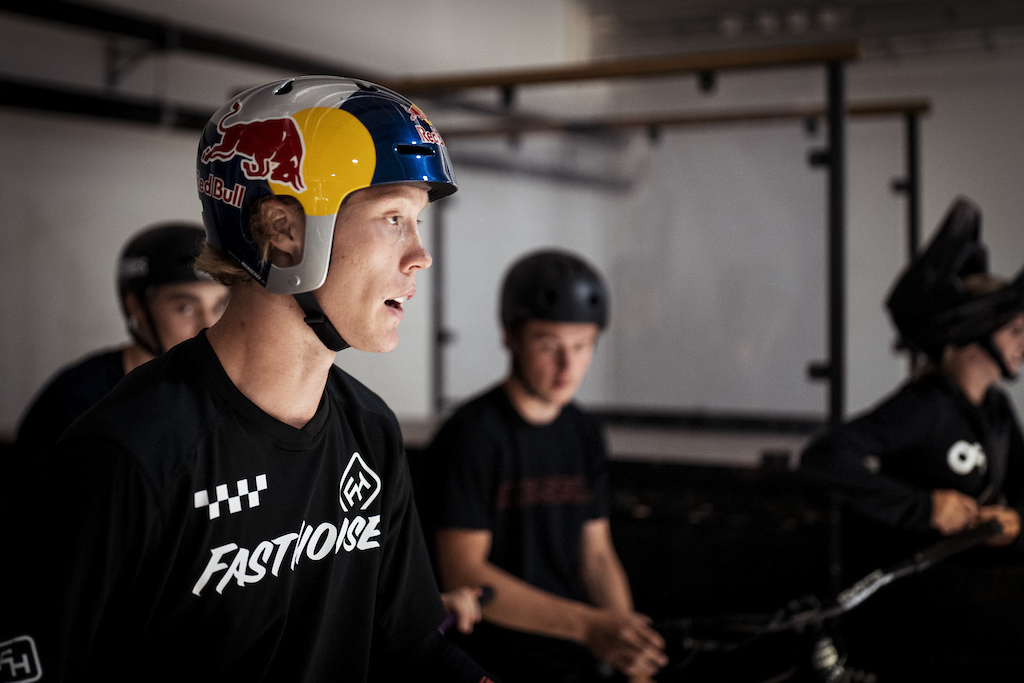 In the season finale, we head further up north than any previous episode. Bygdsiljum Bike Park is located in-between Umeå and Skellefteå and is a real gem of a spot. Built and powered by a group of local volunteers this bike park has around eight different trails that range from easy flow to hairy downhills.

In this episode, we get to tag along with two proper Swedish downhill legends. Herman Ölund and Johan Engström competed in the downhill world cup back in the 90s and 2000s and have both had a huge influence on the Swedish downhill scene. And in the spirit of Swedish legends, we finish the season by throwing it back to one of the most iconic races in Swedish downhill - the 1999 World Championship in Åre Bike Park - where Johan digs deep into his memories and retraces the old track. 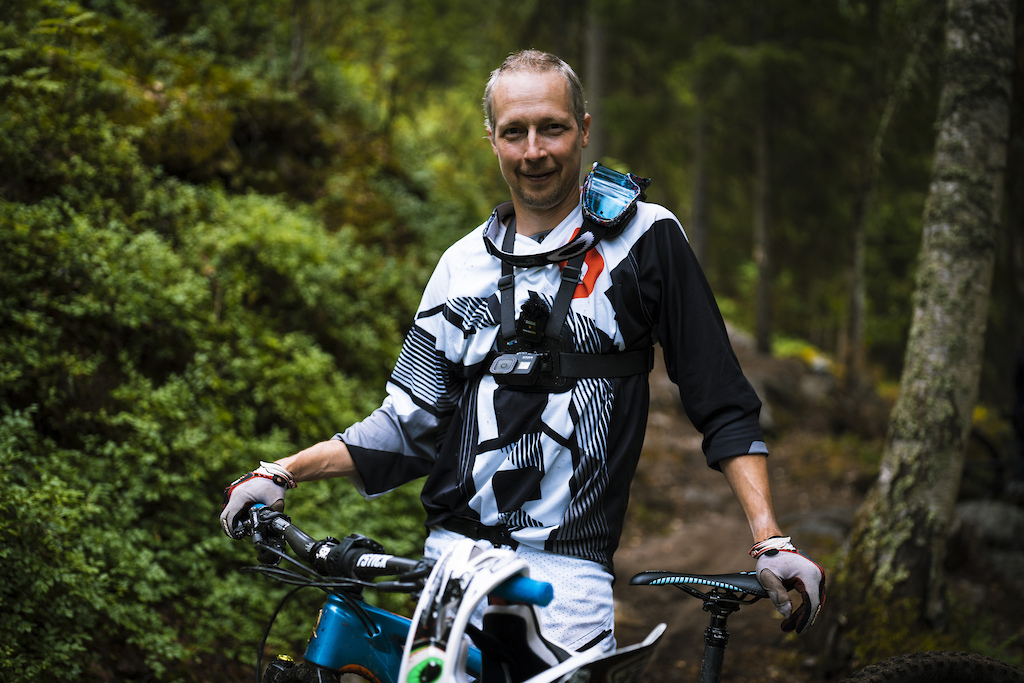 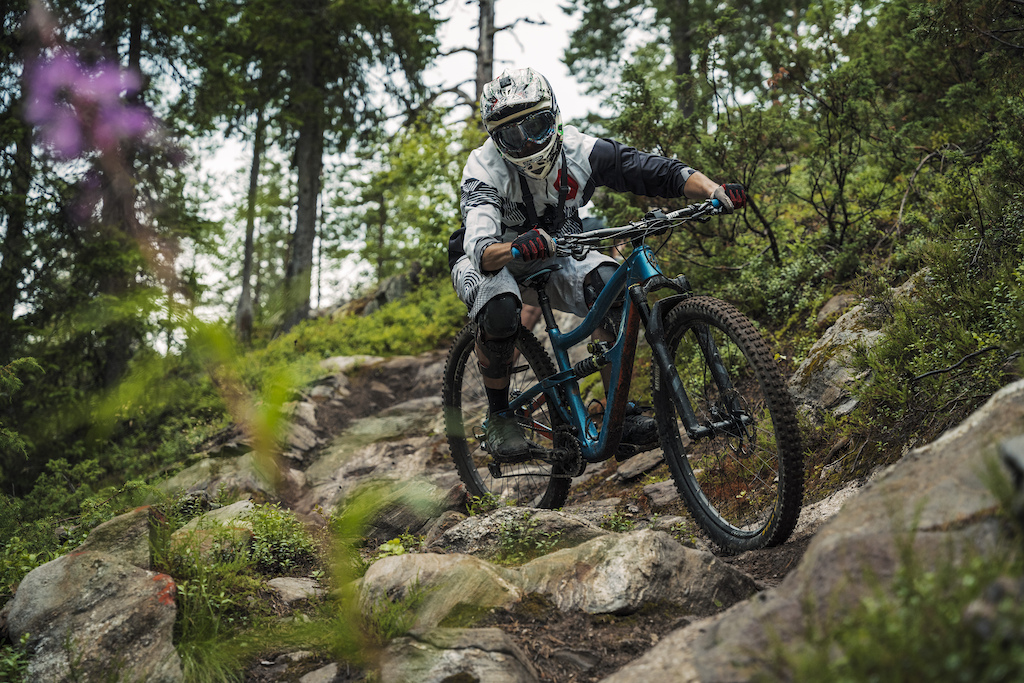 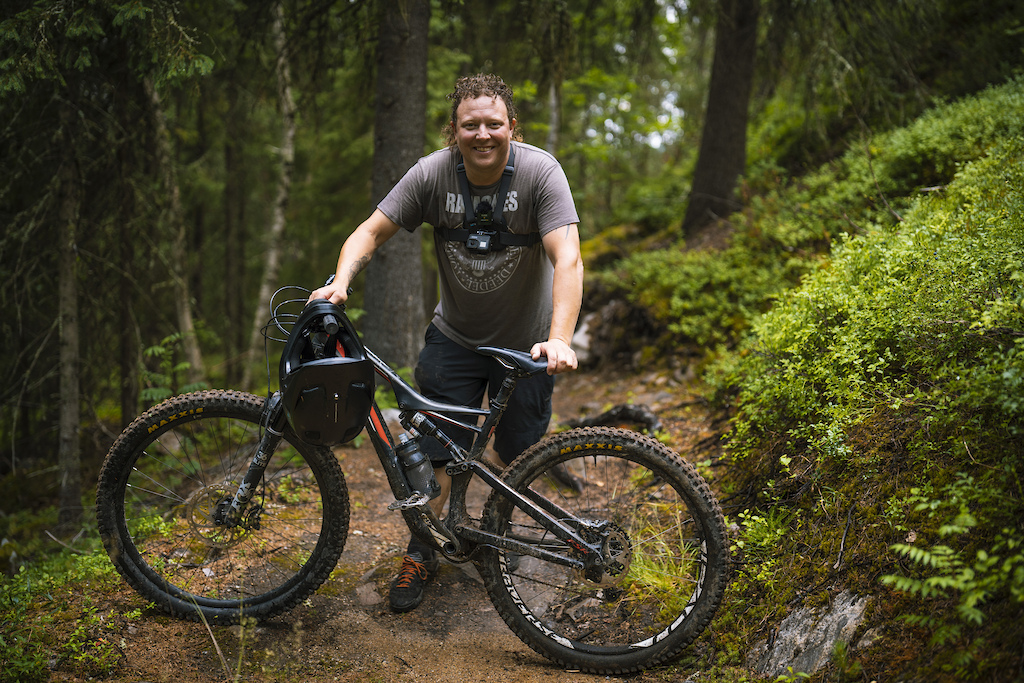 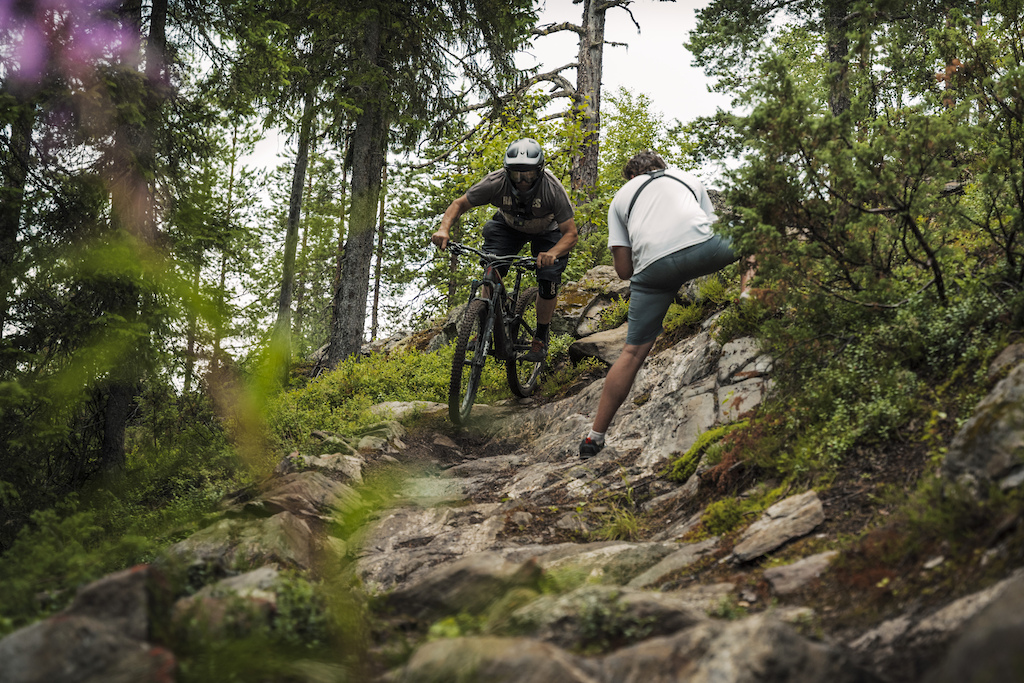 bengtleon (Oct 17, 2021 at 5:19)
I guess I’m going for a riding trip to Sweden then. Quick question, is Bolle-Kollen a way to get Danish riders to come over?

Jolinwood (Oct 17, 2021 at 10:21)
I live in Göteborg and I go to Vallåsen Bike Park instead. Further but better.
And so would most Danes I guess, since its closer to them.

Crisskan (Oct 17, 2021 at 22:52)
Great videos and cool to see Bygdsiljum Bikepark getting some acknowledge!

mattgeraghty3 (Oct 18, 2021 at 3:47)
Can anyone get English subtitles on these? They don't seem to work for me! Moving to Sweden soon and would love to see what the riding is like!

Stockholm is flat compared to Whistler oc, mostly pretty technical natural singletrack, but some small parks as well. If you travel for a weekend you get a lot more gravity. I'm just an average trail rider but happy to show you around in my area, sent you a DM.

Trails are everywhere, the largest area is Hellas south-east of the city (I live right next to it). Check it out on TF or Strava:
www.trailforks.com/region/hellas-och-nackaskogarna

If you prefer more gravity Flottsbro is the best park, just south of the city:
www.youtube.com/results?search_query=flottsbro+bike+park

And a FB group for anything MTB in Stockholm, you can post in English to find people to ride with:
www.facebook.com/groups/MTBStockholm

For a weekend Järvsö 3.5h north is great:
www.youtube.com/results?search_query=j%C3%A4rvs%C3%B6+bike+park

And Åre in the mountains 8h north is the closest thing to Whistler:
www.youtube.com/results?search_query=%C3%A5re+bike+park