Recipes are a dime-a-dozen. Familiar pairings make for quick successes in the kitchen and sticking to what you know often leaves people feeling satiated and full. The deeper one gets into creating meals, the more exotic the ingredients become. Palates develop, creativity blooms, and a fuller understanding of what a “balanced” meal is reveals itself, often in ways one wouldn’t expect. The Santa Cruz htSQD is one of these exotic recipes. Five unlikely ingredients, each humble and unassuming on their own, all elevate when combined.

Keegan Swenson is a hunter. He’s a man with hard edges, strict schedules, strong convictions, and the grit to back it all up. When he didn’t qualify for the Olympics this year his mission shifted, looking at every large race in the continental United States through one lens: Seek & Destroy. Collecting trophies became the name of the game, ultimately hoping to collect two trophies in one week.

Alexis Skarda is the kind of gentle, modest personality that may go un-noticed, that is until you see her standing on top of the podium. Every. Podium. A quiet approach, you would be forgiven if you were confused with how someone could be so disruptive without anyone noticing. Alexis quite simply just gets ahead of her competition and stays there. A simple tactic with field-proven results.

Tobin Ortenblad is a bit of a court jester. The kind of guy you probably hear before you see, always eager to cut tension with a joke and a smile. On-course is different. His diverse background in cycling makes him a total threat. The pacing and attack from cyclocross, the smooth flow and deliberate precision of BMX and being a weapon on a mountain bike all combine to create a cocktail of brutality when between the tape.

You won’t see Myron Billy and Jordan Nguyen’s names on the results sheet — Myron tends the stables while Jordan steers the ship. Both calm and understated but are kings of their crafts. Running a team is anything but easy, it requires dedication, heart, and an intimate knowledge of the intricacies of each component. 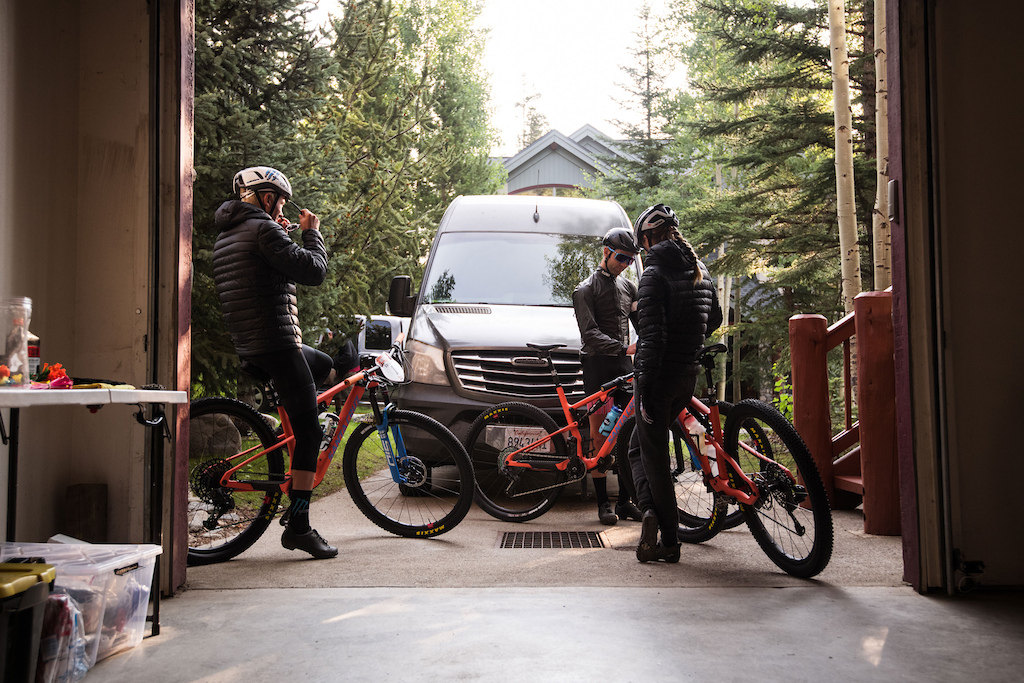 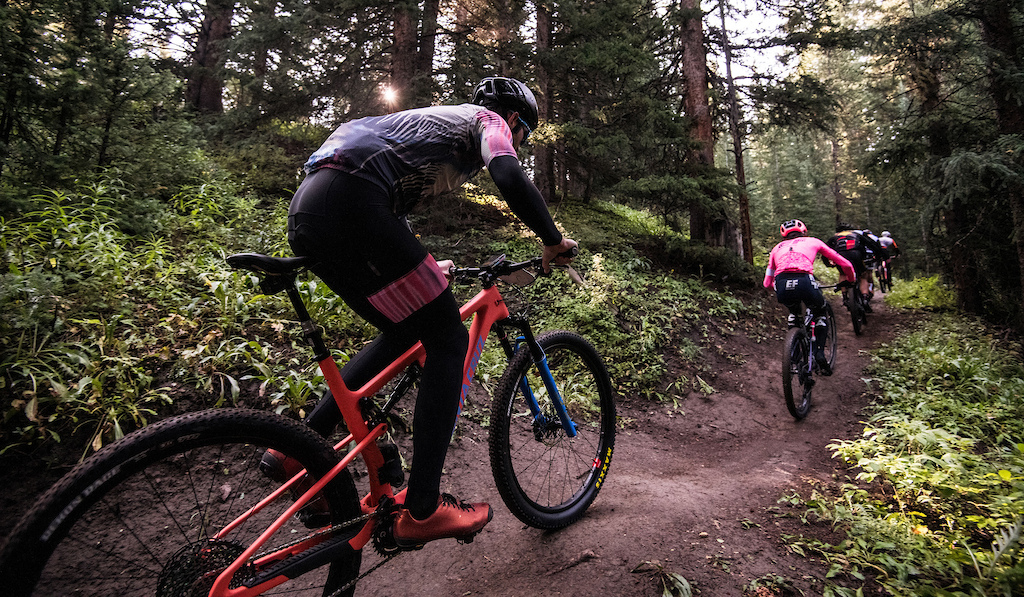 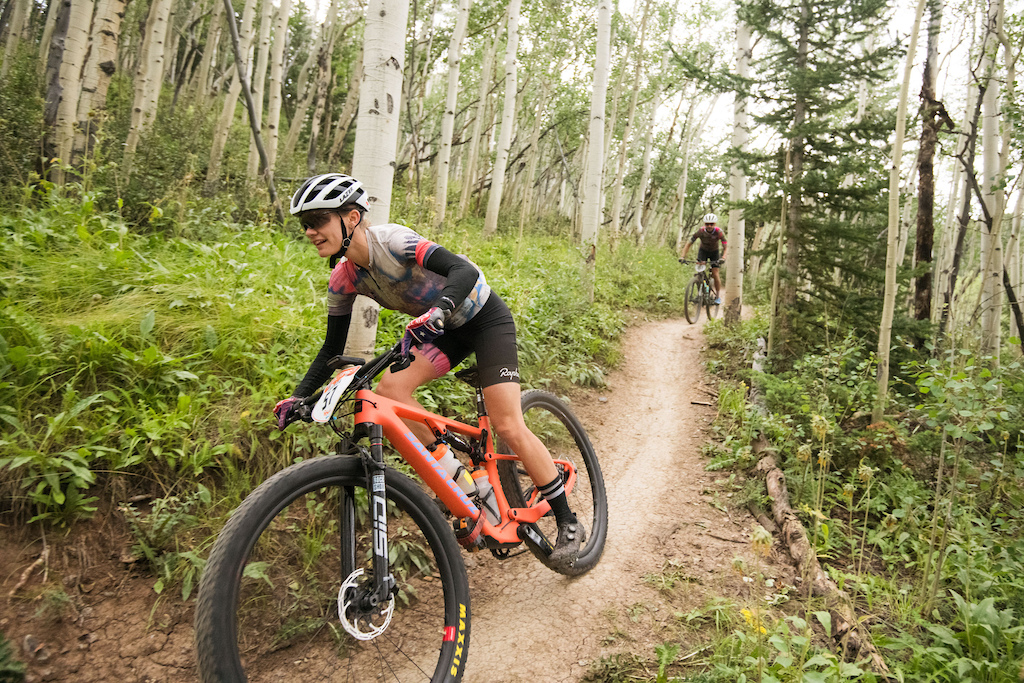 Teamwork is all about understanding the role that you play as an individual within a web of other individuals to work towards a goal. Sometimes your desires take the backseat to prop up others, sometimes you get to be the one propped, but you are never dormant. Playing cheerleader to a team member is as valuable to a team as winning the race if the race is won by your team. Leadville was hard-fought, which Keegan took on solo, but the support lay with Tobin, Myron and Jordan. Breaking the tension, offering a bottle and just being a comforting face at the end of a monstrous climb is part of the recipe for the team’s success. 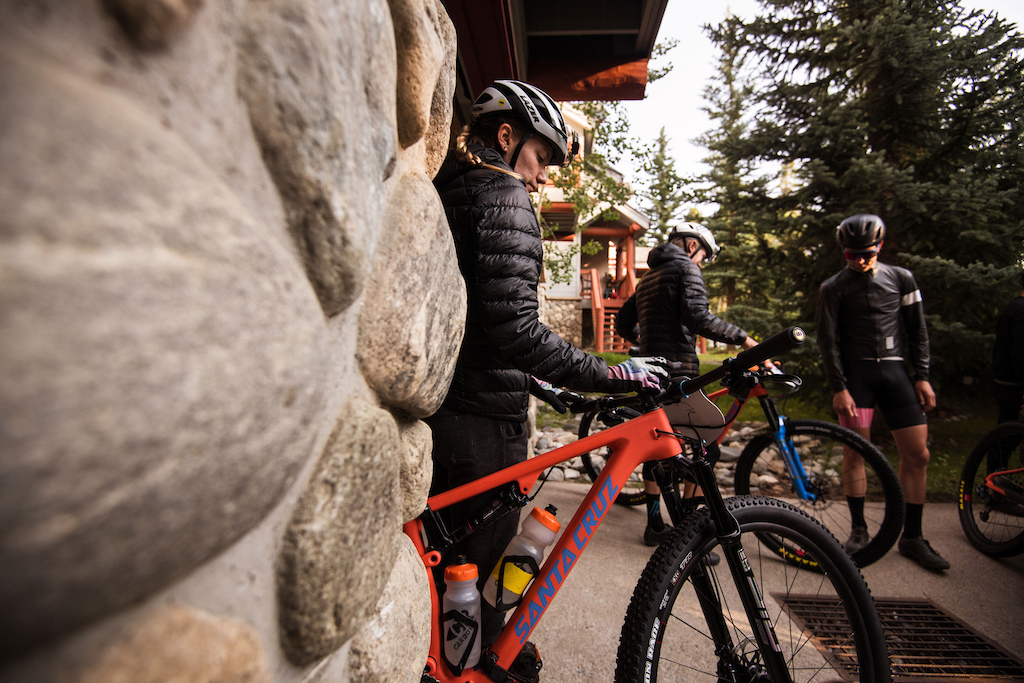 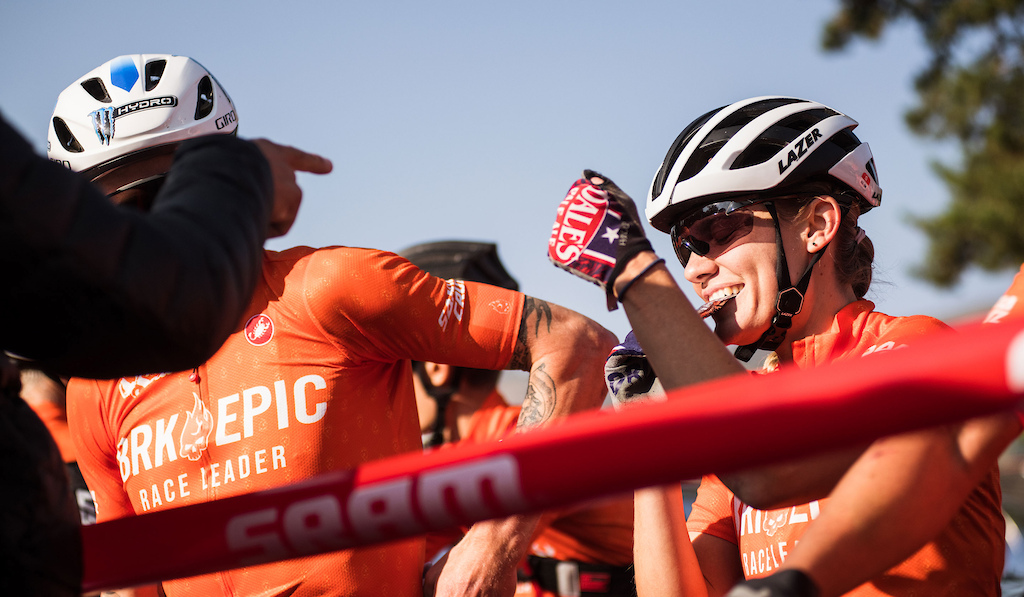 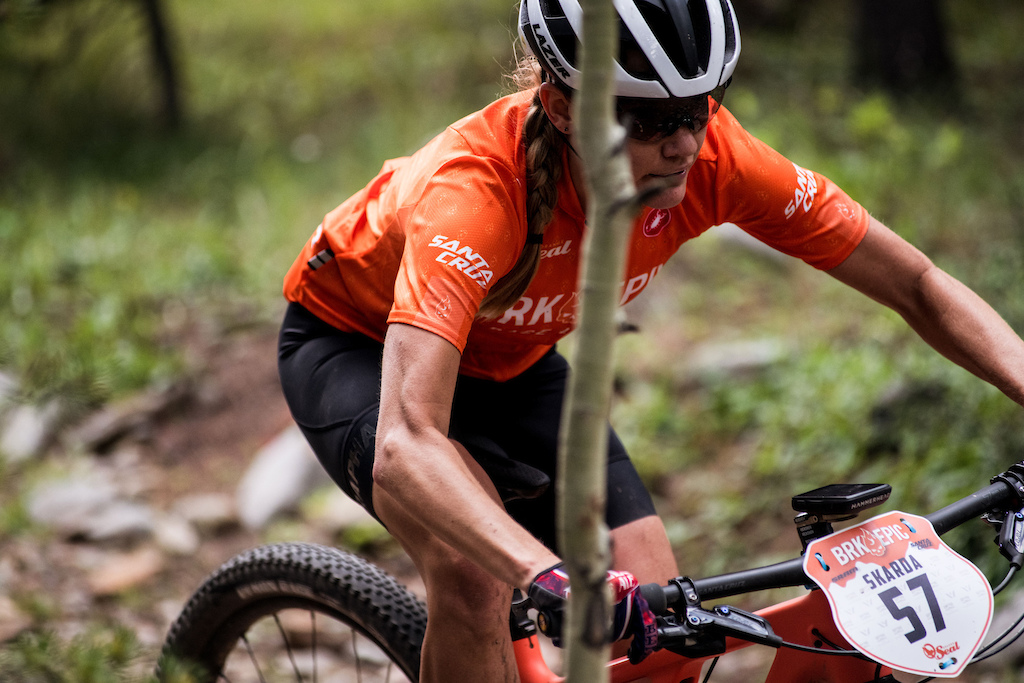 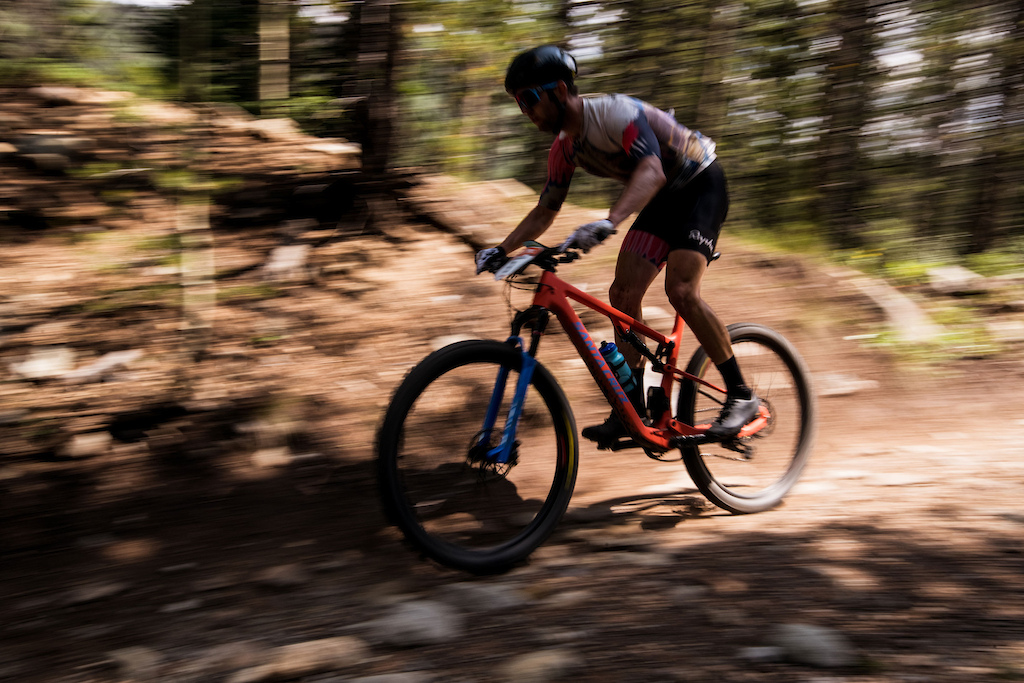 The Breck Epic would put the recipe to the test with six days’ worth of high country singletrack racing. The stages would be challenging, each taking about three hours of absolute hammering on the pedals, all above 10’000 feet of elevation. For Keegan, the addition of Leadville’s 100 miles in front of the Breck Epic meant going into the race road-worn and ragged. 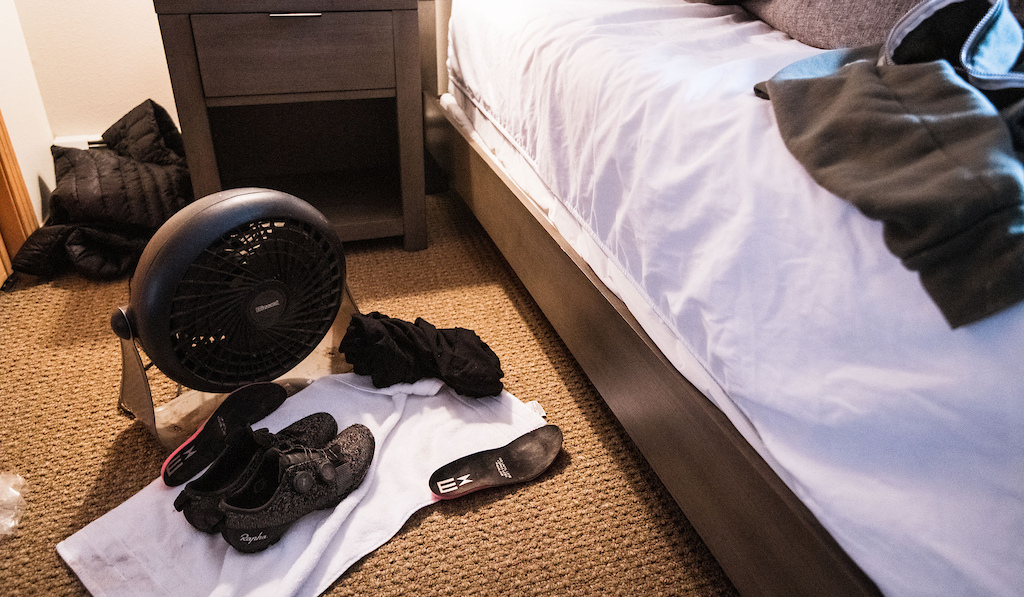 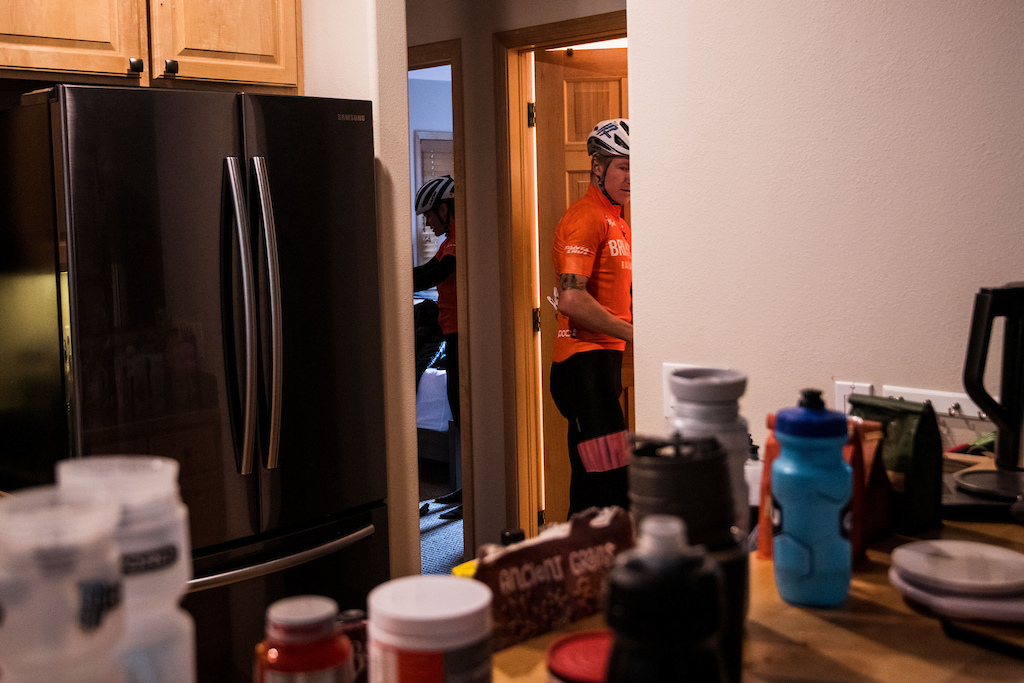 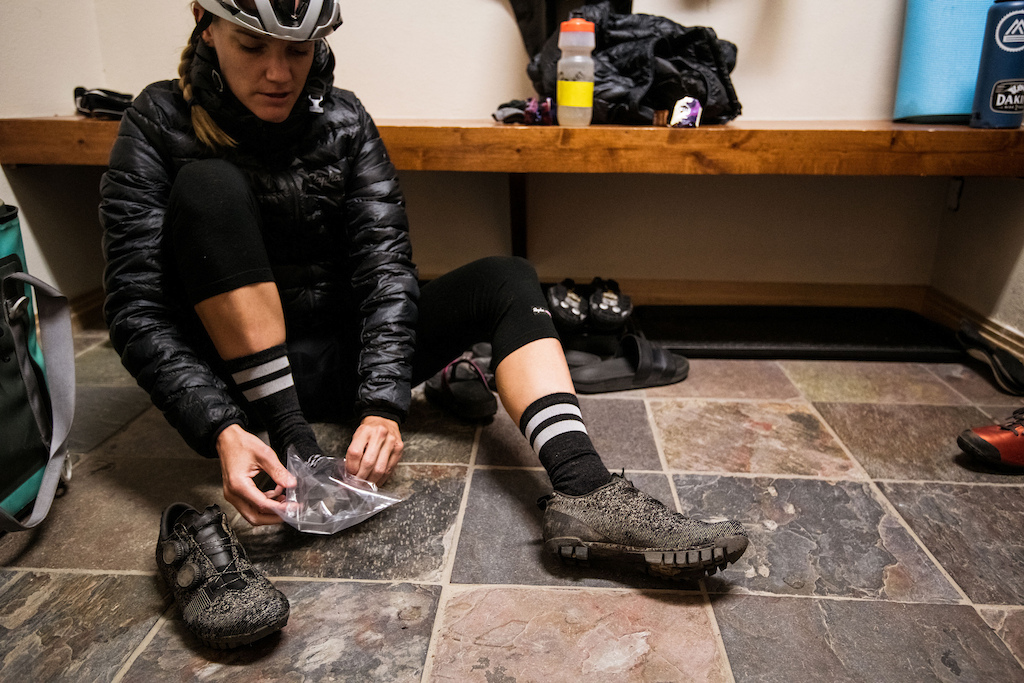 Day-in and day-out, the time followed its own recipe. Awaken, cook up a breakfast to suit the day, eat, listen to music, hop on the bike, cruise downhill to the start line, race, finish, pedal home, eat, stretch, eat, music, sleep. Embedding oneself in this process is crucial to finding success, and it showed. By the halfway in the race, it was clear that the htSQD were the dominant team on the ground. Both Alexis and Keegan were sweeping their categories, and Tobin bumped up in the results each day. 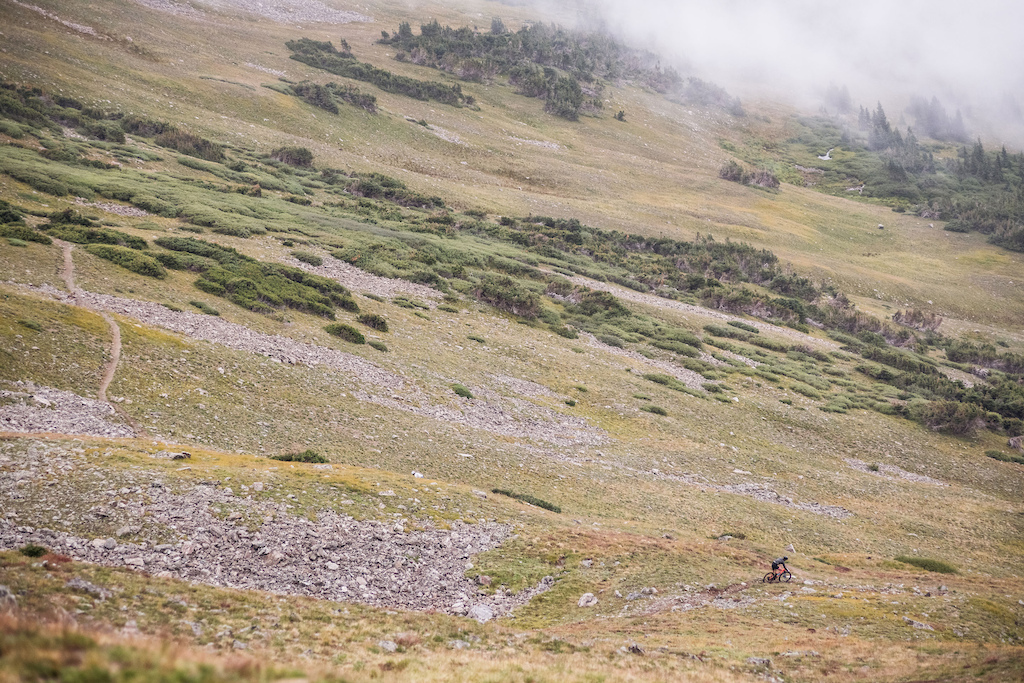 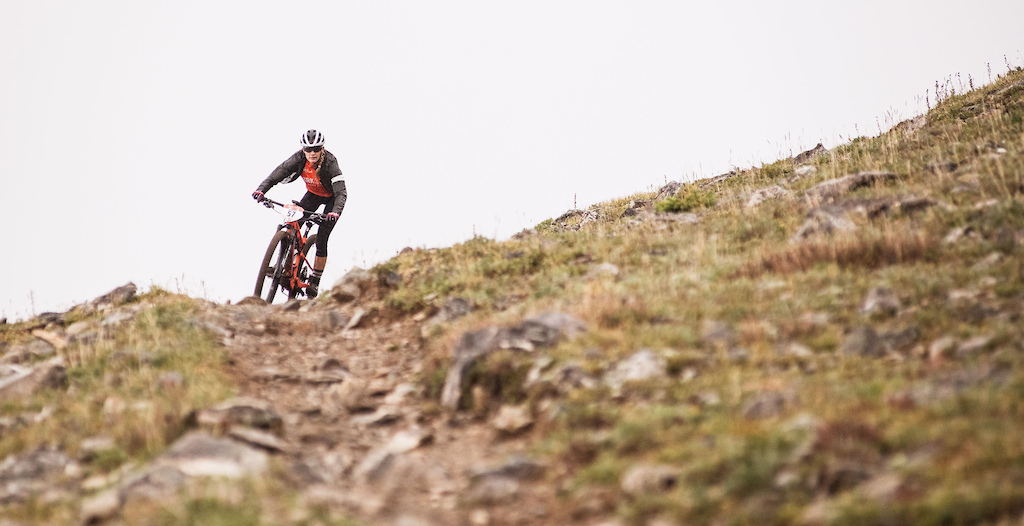 The final day hit. Alexis and Keegan were both leading by significant margins, having both won all stages prior. Tactically, Keegan was confident in his lead and knew Tobin could keep up with the top crew, so they devised a plan to get him there. After climbing out to the far end of the course and heading back towards the finish, they knew they plan was working. Tobin was comfortably in the top 5, both he and Keegan felt like the success was theirs so they took celebratory PBR’s at the handoff, a tradition not all would participate in. Knowing the race was hers, Alexis indulged as well. Sometimes the champagne of victory is just a PBR, but the sense of accomplishment is the same. As serious as the racing is, the understanding that wins can be measured in ways outside of the clock is so important. 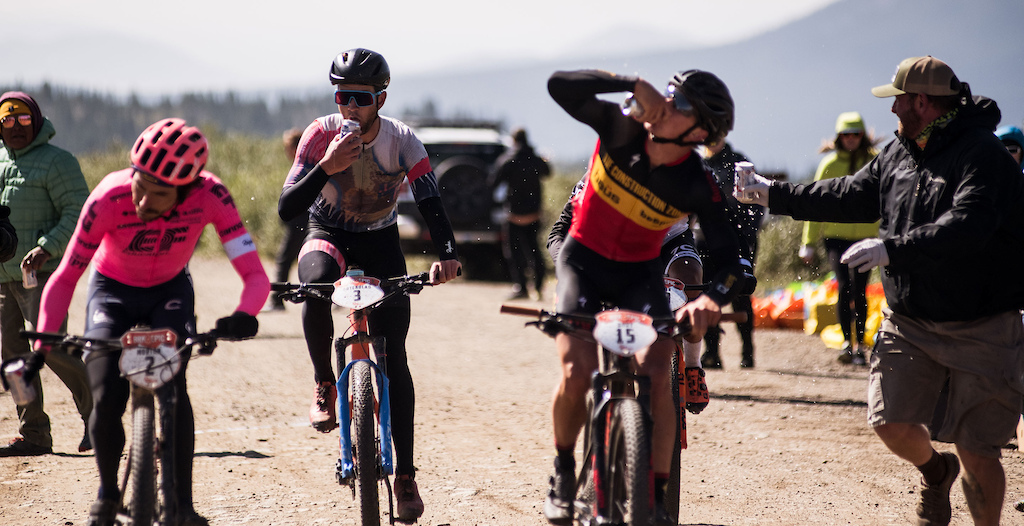 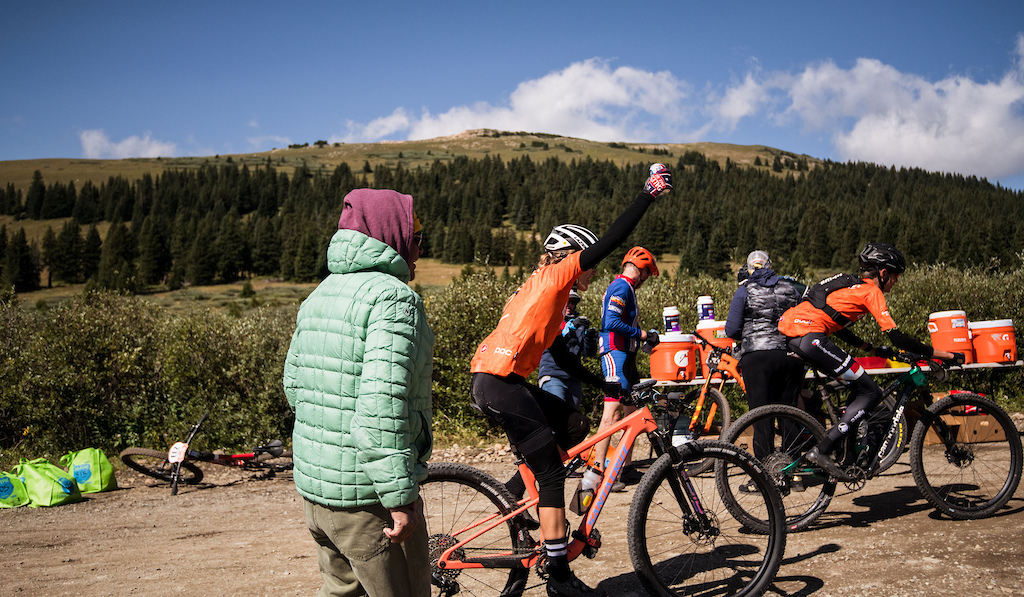 A team, like any meal good or bad, is a sum of its ingredients. Different meals are appropriate for different situations, the same as a team, and some always work out better than others. The flash can be exciting and exotic, but ultimately flavors and textures just need to pair well. The htSQD have found their recipe and are stacking up the medals proving it.

AccidentalDishing (Sep 15, 2021 at 9:33)
He did, he is a strong rider for sure. At their fitness level SS vs gears is less dramatic performance wise. 300w is 300w whether you are standing and hammering or sitting. Flats are the main time difference. Usually SS podium is within 5-8% of geared podium at long distance mtn races. Both are deserving of the win

torontomtb (Sep 15, 2021 at 10:41)
His video series was really well done. I'm surprised they could get a video out every day. Link for the interested: www.youtube.com/watch?v=qoNb2gJZ_A0&list=PLssWz5AWGkh-4y0UImKLnB9HRPifmQBvu&ab_channel=SYDandMACKY

Sycip69er (Sep 15, 2021 at 10:21)
Great article. Racing, traveling, lodging, along with the daily body/bike maintenance with friends is what makes the constant training worth it. Results are great but the experience is the part you will remember more than what position you came in.

leejonathan47 (Sep 15, 2021 at 10:25)
Awesome video from a truly original team effort here in the States. Kudos to Jordan, Myron, Alexis, Tobin, Keegan and the sponsors!

sofakingwetarded (Sep 15, 2021 at 12:36)
Rode the SC Blur in Oct 2019 at SC headquarters(Wilder Ranch). Spec was the TR (downcountry version). Rode Mach4SL at Sedona MTB festival in Mar 2020. Spec was more "racey" with shorter travel fork and fox live valve rear shock. Not an apples to apples comparison based on the spec and varied terrain at both venues but a good enough comparison for me to choose the SC Blur over the Mach. Got my SC frame in July 2020 and built it similar to the TR version I previously rode. Haven't looked back since. You can check my build on my profile. I don't weigh much and prefer a slightly more active suspension design was what mostly cemented my decision.