This project has been in the making for a very long time, we first started filming in 2016 in Czech Republic and Slovakia, but due to many setbacks, like broken bones, stolen bikes and a global pandemic of course, we were finally able to put a piece together we were both happy with. 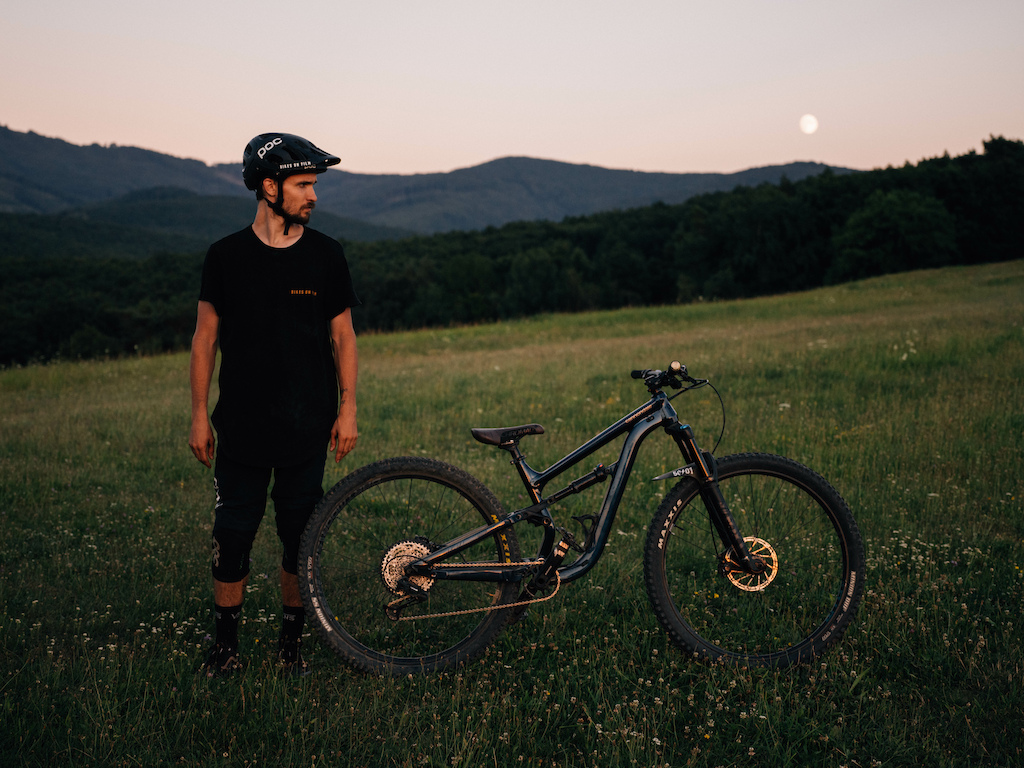 In this video I am trying to show you my vision of the best riding - big jumps, flowy trails with slopestyle tricks.

gillroy (Dec 7, 2020 at 1:58)
Hell yes dude, that was great. Loved the mood, the perfect berms and how dialled the unturndown was at the end.

shedsidechuck (Dec 7, 2020 at 4:24)
always like checking out edits of east euro riders. this was just what I needed to start my day. the whole package was nicely done

steveczech (Dec 7, 2020 at 9:22)
I don't understand why people still consider the Czech Republic as Eastern Europe. It's such a 1980's term...lol. Just from a geographic standpoint, it is Central Europe. I don't hear folks saying Austria is Eastern Europe, and it is right in line with the Czech Rep.

MrDuck (Dec 7, 2020 at 10:20) (Below Threshold)
@steveczech: Call it central or whatever you want, but it's still a very Eastern European mentality. Geologically you might be right but that kind of misses the point. Austria is a very different country despite being right there.

steveczech (Dec 7, 2020 at 10:39)
@MrDuck: How does it miss the point? East, West are geographic terms...not a mental state. Also, when was the last time you were in the Czech Republic? I've been going back there since I was a young lad, and since the Velvet Revolution, former Czechoslovakia doesn't have a different mentality from the rest of the EU.

You are referring to the Eastern Bloc, where after WWII Russia kept its nasty tendrils in the governments of certain countries like Poland and the Czech Rep. The Eastern Bloc is long gone, and you should update your views and terminology.

steveczech (Dec 7, 2020 at 10:44)
@MrDuck: Also, I think you meant geographically...not geologically. If you're getting those two mixed up, it's no wonder you can't tell which countries are Central vs. Eastern European.

MrDuck (Dec 7, 2020 at 23:40)
@steveczech: Last year I was in Czech. I also grew up there so sorry my english sometimes isn't ideal - Yes i did mean geographically, but that doesn't change the fact it is very much an eastern european country.
It's not about updated views, I don't see it as the "bad communist east", but the past has left a significant mark on the culture and despite the "bloc" not being a thing anymore, if you don't see a difference between the "west" and what you'd call "central" then you clearly haven't spent much time there. I really don't mean it as a bad thing, but having spent 24 years in europe, travelling east and west it is a very different mentality and Czech easily fits into whatever you'd find further east, not so much out west.
It's an unpopular opinion and a lot of the patriotic czechs definitely don't agree and want to differentiate from the east for whatever reason despite the fact is it doesn't really matter.
I'll update my terminology then, thanks.

zakraviCZko (Dec 8, 2020 at 3:37)
@MrDuck: sorry, but i cannot relate with anything you just said. We will be called eastern europe until we stop call so ourselves. Shame there are still young people like you, with that mental barrier of the past.

steveczech (Dec 8, 2020 at 6:29)
@MrDuck: Sorry, man--I was a bit harsh and honed in on a small mistake. I understand your point of view, as a few of my friends still see it the same as you do. I also grew up there and in the U.S. and have witnessed the change in our country. I remember getting slapped around by Verena Bezpecnost under the Communist Regime, and my grandfather was imprisoned for not joining the communist party. So, in my mind there is a stark difference. I will agree with you that just because the bloc disappeared, the change wasn't immediate, and the Czech Republic had quite a bit of catching up to do. Is the Czech Rep. as prosperous as it was during the First Republic in the early 1900's? I don't know enough to say. But I do think that the Czechs have done really well for themselves, and I would like to see that old viewpoint of the Eastern Bloc gone for good.

MrDuck (Dec 8, 2020 at 8:37)
@steveczech: All good, I'm not really trying to argue about it, as I said I really don't think it matters much. The main reason I take issue with it is basically the "need" not to call it Eastern. Indeed geographically (that's the right one right?

) it'd be accurate but it's the idea that the West is somewhat better so we must not stick with the East because it sucked in the recent-ish past. I've never heard Germany or Slovakia being referred to as central Europe so I guess my issue is with drawing another imaginary line to seclude the country from its neighbours, we've already got borders for that.
Which is why I'll ask @zakraviCZko why is it a shame? East isn't a shameful word, it carries with it some culture and mentality, some of which the west could learn from as well as some it shouldn't, just like the other way around. So why do people get offended and defensive when you say Eastern Europe?

jz80 (Dec 8, 2020 at 13:12)
@MrDuck: I totally agree with you, I am czech and have no idea why there is so many people being so touchy and histerical about it. As if east meant evil or something. Anyways, glad we have so many good riders like Honza ????