Walk through our front door in Koblenz and you’ll find every type of rider—XC whippets, gravity rippers, and trail riders of every stripe. So, it was only a matter of time before we also started making every kind of e-MTB. After all, we build the bikes we want to ride.

The end result? It’s 2021 and we now find ourselves showing you a very deep stable of EMTBs.

From adventurers to all-out shredders...there’s now an EMTB in our line for every rider. And today is a very special day- we are launching updates of our Grand Canyon:ON, Neuron:ON, and Spectral:ON models with Shimano’s new EP8 drive system. What’s more, we are debuting a long-travel, gravity rig—the Torque:ON—that aims to cut out the lift line, not the fun you can have on the trails. 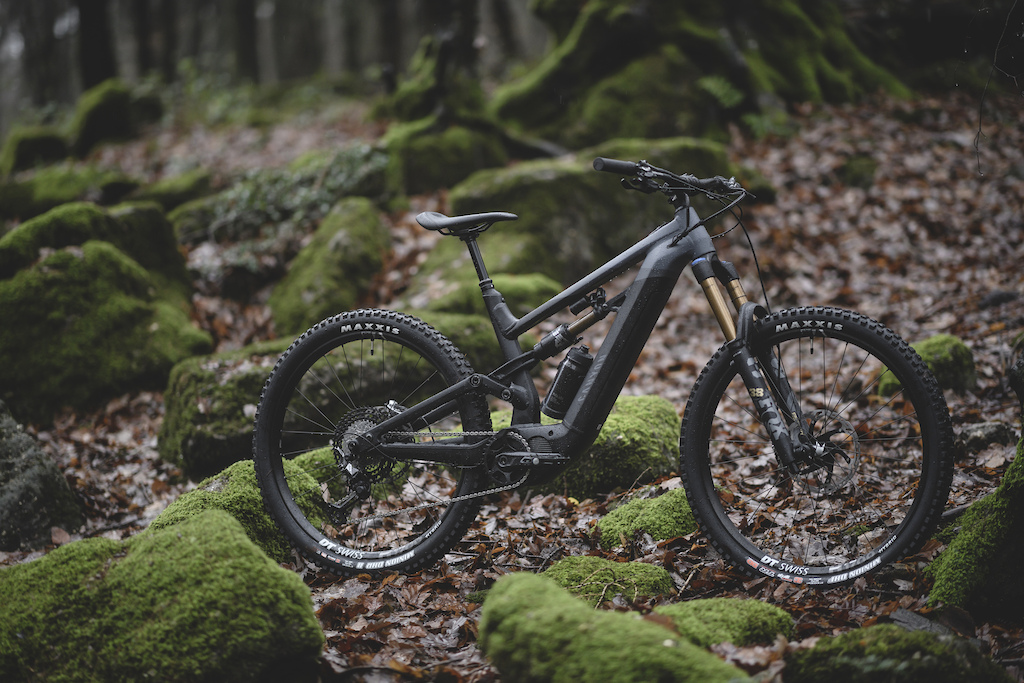 Since it’s an all-new model- let's start with the Torque:ON. Using the acoustic Torque as a base was an easy decision for us. A staff favourite within Canyon, it is a bike you can pedal round the hill, ride the roughest tracks on the mountain and boost through jump lines with the squad. We stuck with the same travel (180mm F/ 175mm R) and opted for an alloy frame- but of course, we couldn’t just bolt a motor into the standard bike- not when we were presented with the opportunity to refine and tweak the engineering and design for EMTB punishment. 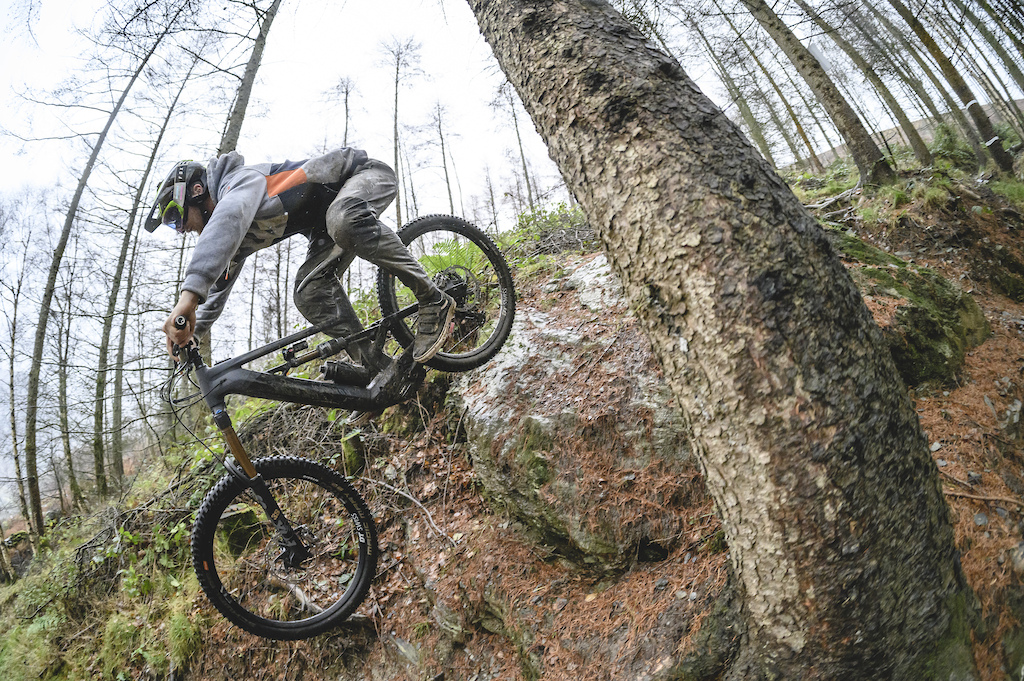 How tough does a gravity EMTB need to be? In short, the Torque:ON survived the harshest lab testing we have ever conducted. As a Category 5 bike, we took the testing criteria we applied to our Sender CFR and turned things up. Increasing the loads to account for the additional mass of the motor and battery, then adding more cycles to ensure the frame can withstand the higher mileage and increased pedalling reps an EMTB sees vs a DH bike. On top of that (literally), since you spend more time pedalling in a seated position on an EMTB- the seat tube load testing also got bumped up. 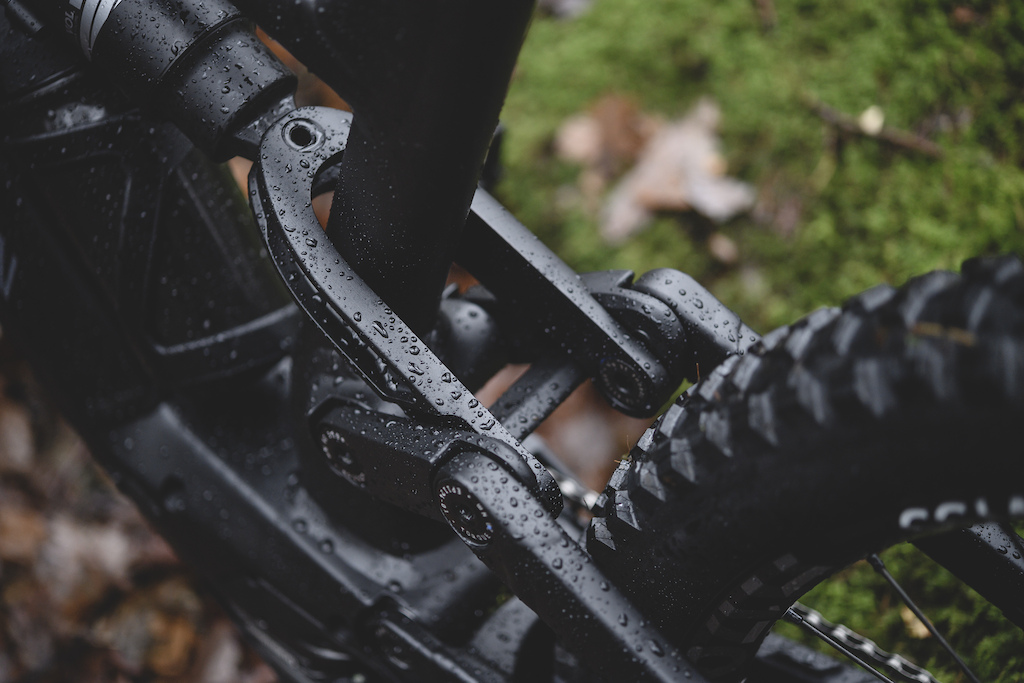 Strength is nothing without reliability and stiffness- especially when talking about gravity rigs. We upped the stiffness with increased tube cross sections, and beefed up bridges in the rocker and chainstays. That got us pretty close to where we wanted the ride feel—but we still wanted a touch more rigidity to get the handling just right—so we turned our attention to the hardware. Utilising double row angular contact bearings and generally oversized kit throughout was the final piece of the puzzle. Those oversized bearings (combined with sealed bearings filled with our own proprietary grease mix) help to make the Torque:ON a bike that lets you maximize your ride time and minimize your wrenching time. 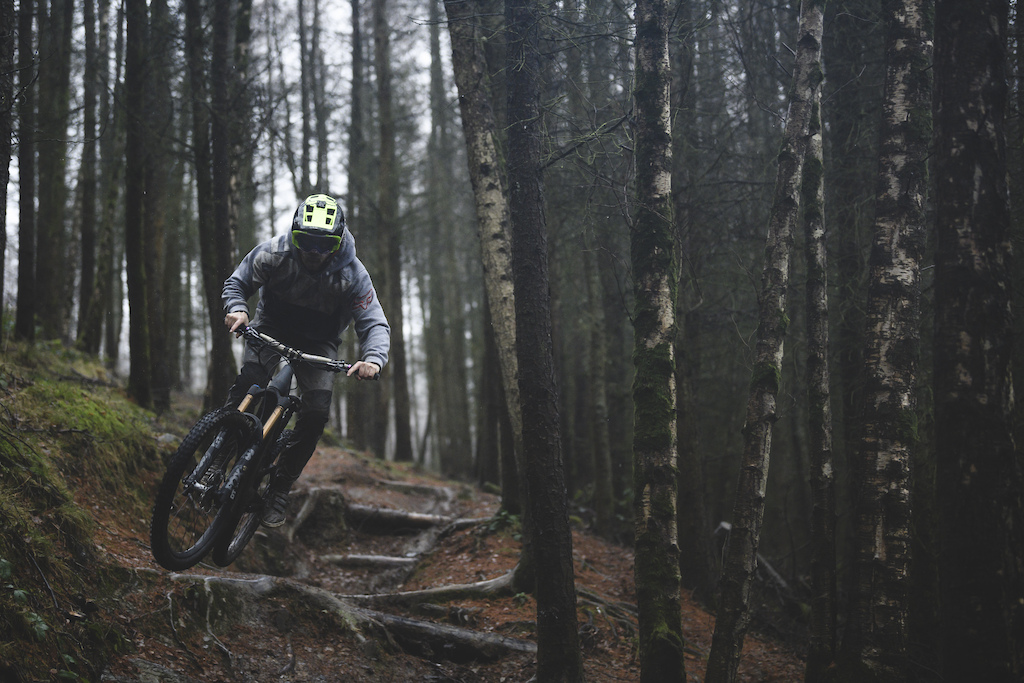 The geometry of the acoustic Torque was a bit a party piece—stable enough to put down some pace at an EWS, yet agile enough for nibbly jibs. We wanted to keep that character for the Torque’s electric offspring, but in the end we found replicating the geo exactly wasn’t quite the answer. And before you ask—yes we tried it. We added 5mm to the seatstays to help get the climbing behaviour under control without losing too much of that house-fly-esque direction change of the acoustic bike. Then we noticed just how fast the Torque:ON loves to go, so adding a touch more stability with a slacker 63.5 degree HTA and stretching the reach by 20mm settled things down without pouring water on the playfulness. 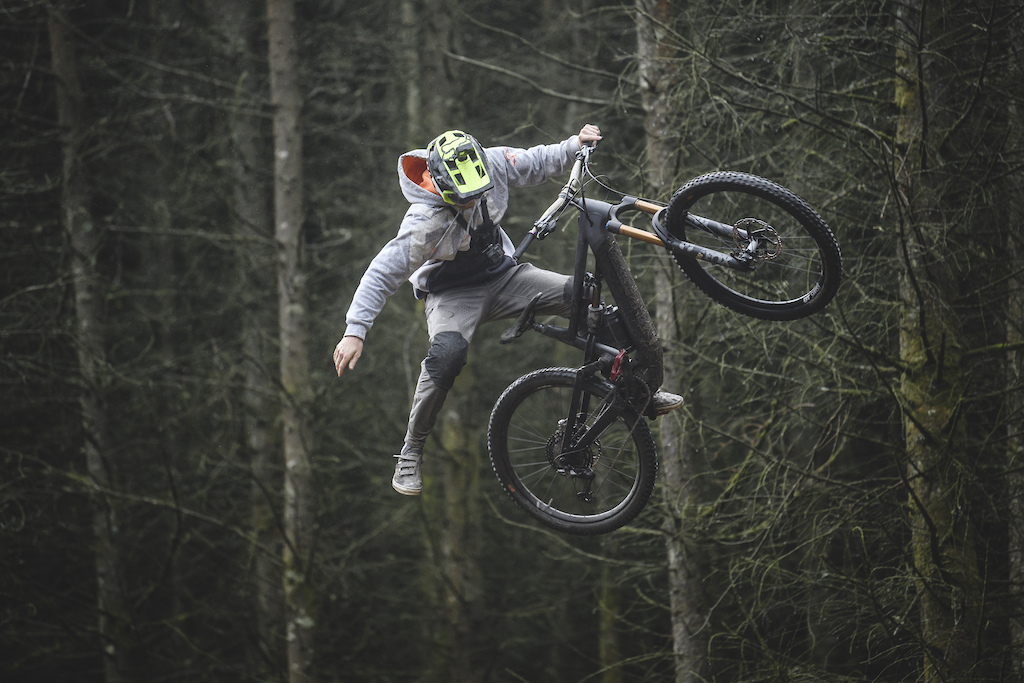 The playful thing was a pretty big deal for us the whole way through the project. When experimenting with wheelsize we settled on a 27.5 setup, finding the added weight of the motor increased the stability while the smaller wheels helped to claim back a bit of maneuverability. The handling also directed us toward the motor unit we selected. Shimano’s EP8 now boasts 85Nm of torque, putting it right in the mix with the market leaders when it comes to power, but with its compact size it also allowed us to put the pivot points where we needed them to achieve our kinematics without increasing the chainstay length. EP8 does all of that for the Torque:ON while saving weight, making room for a standard bottle and cage, and still keeping standover and shock clearance in check. 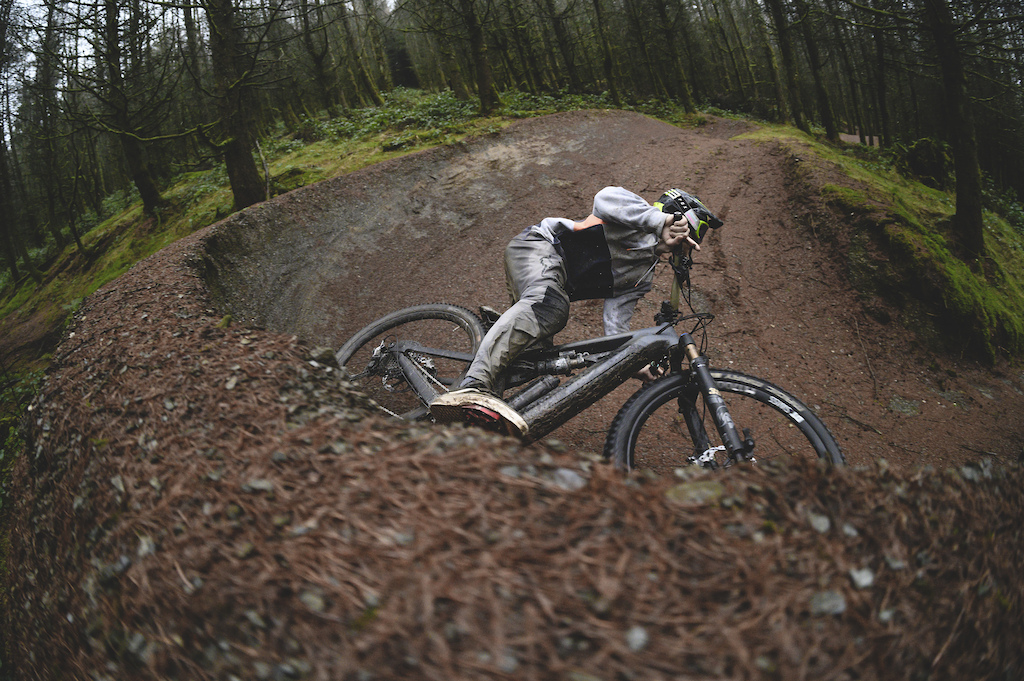 Speaking of kinematics, we were super happy with the leverage curve of the acoustic Torque, so we just added a touch more mid-stroke support to deal with the added sprung mass and left it there. With the anti-squat, however, we made some bigger changes. EMTB’s are highly effective at smoothing out the torque which your legs input through the pedals—this means anti-squat is less crucial for pedaling efficiency, so we were able to back this right off, in turn reducing pedal kickback. This allows the suspension to work more freely through the travel, offering increased traction whether you're hammering down the hill or scrambling back up. 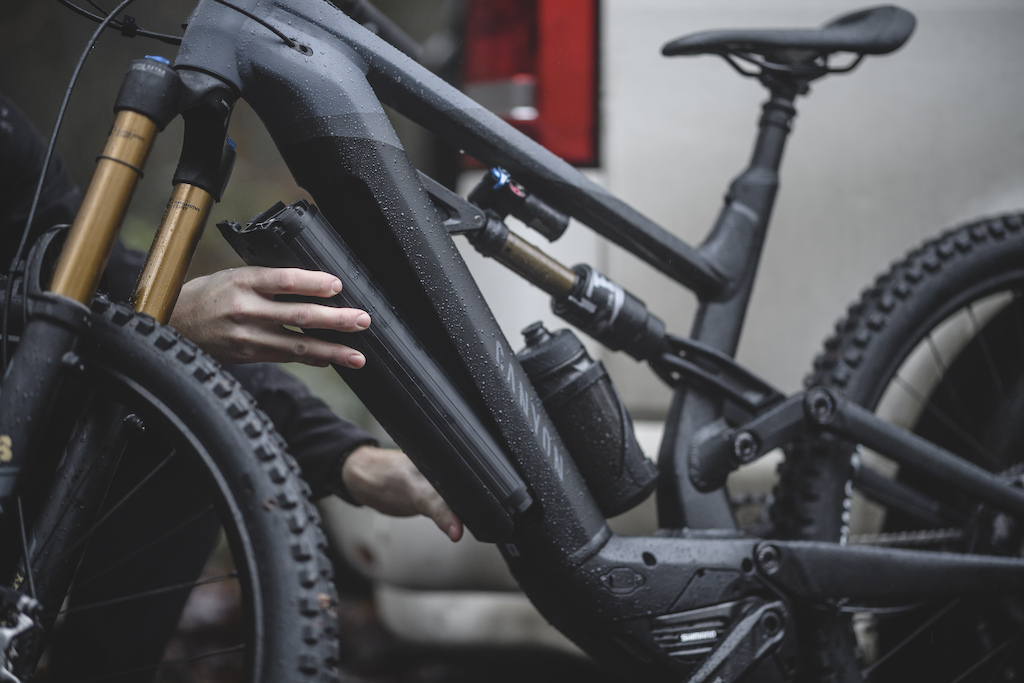 On to the battery(s). The Torque:ON is designed around a 504wh battery. Why? Well first up it's 600g lighter than the larger 630wh option found on our new Spectral:ON- and due to the general positioning of batteries in the downtube of EMTB's, that 600g would have had to sit higher and further forward in the bike. For the Torque:ON we wanted the weight central and low down to get the most out of the geometry we’d dialled in, so 504Wh was the winning formula. But what about when you run out of juice? Well, we are offering both models (Canyon US excluded) with the ‘dual battery’ option to purchase a second battery and battery cover with the bike. The idea is, you can enjoy lapping your favourite trails reaping the rewards of the lighter weight, more balanced frame, then if there is time for extra runs- drop back to the parking lot, grab a snack, a drink, switch batteries and head back up the hill for round 2.

So, how does the EMTB range look now? 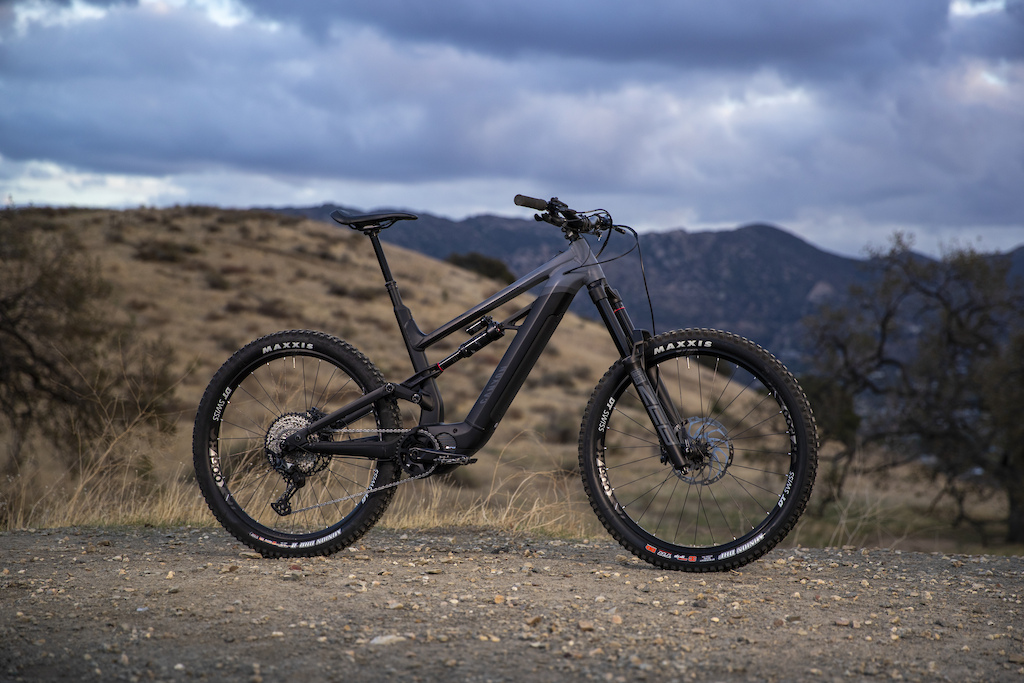 The Torque:ON 8 your option if you are based in the US. 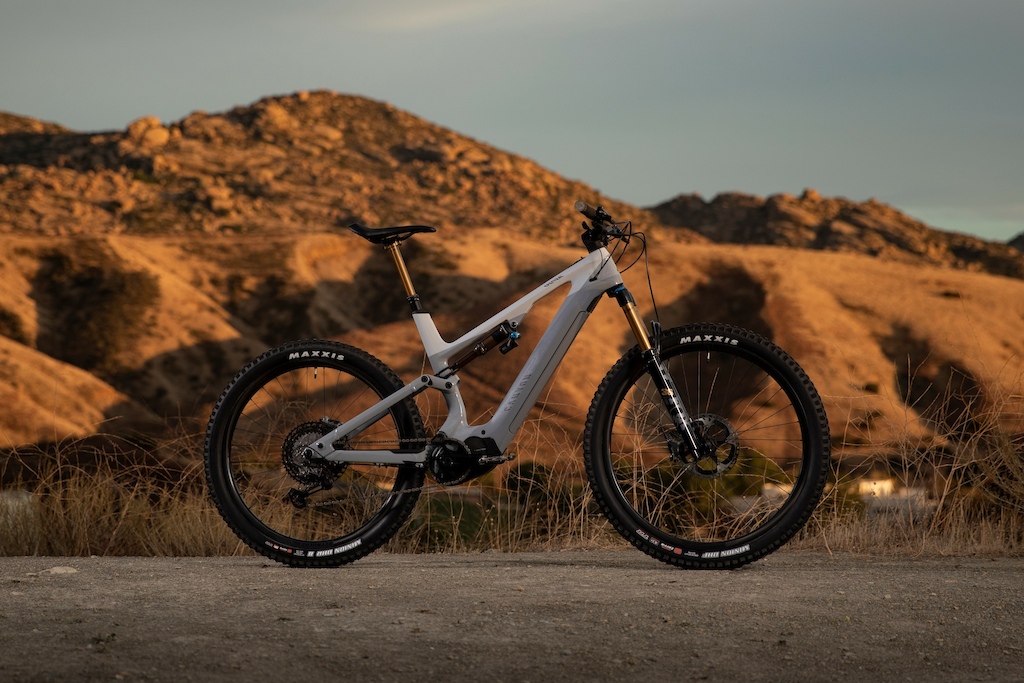 
The Spectral:ON brings a nimble-yet-capable ride quality to table that is just plain fun. Sporting a mullet wheel set-up, 150mm of front and rear suspension, and a sleek carbon front triangle, this is that one bike that can handle anything—from all day pedals to truly punishing descents. Six models are on tap for 2021, starting at € 4,599* and culminating in the top-tier CF 9
version, which sells for € 7,599*. 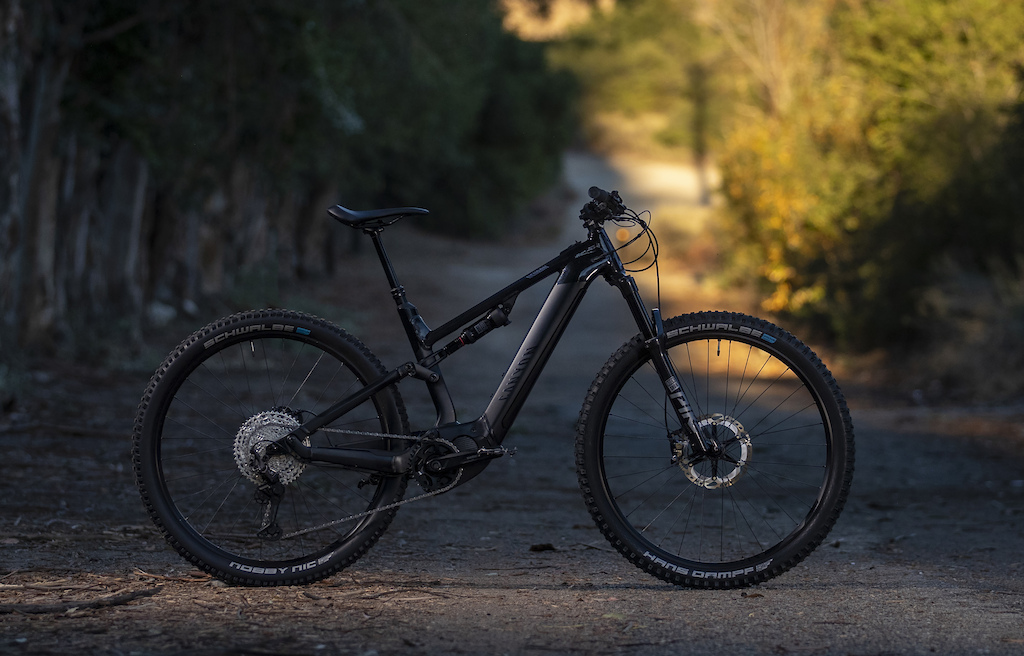 Shorter travel, efficient, rapid- made for singletrack. The Neuron:ON. 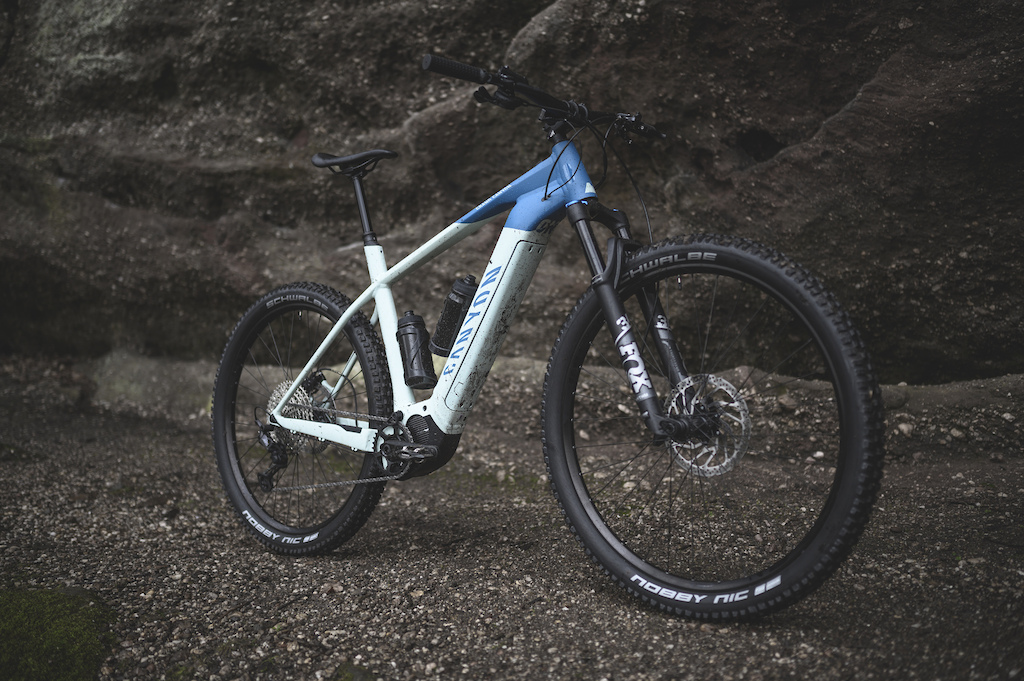 
Last but not least, the Grand Canyon:ON brings together the same sophisticated Shimano EP8 motor and battery technology into a simple and reliable hardtail package that gives riders of all stripes the freedom to take every ride further. Canyon will offer five models, ranging in price from € 2,899 - € 3,599*. (Not available in the United States)

Check out the bikes on canyon.com from the 2nd of February 2021.

Ironchefjon (Feb 2, 2021 at 12:58)
love seeing these moto boys tear it up on the MTB. world cup riders are a gnarly bunch, but those supercross guys are on another level. I've been to a couple races in person, and watching these dudes clear 70 foot triples, 30 feet in the air on a 200 lb 450 bikes is just insane and its hard to comprehend the commitment required to blast these jumps at the speeds they do, lap after lap for 20 minutes. moto guys are probably some of the best conditioned and best all around athletes out there

Zuman (Feb 3, 2021 at 4:35)
I don't understand the point of the promo. The debate i thought was it helps riders like Paul Bas be able to ride again. Surely those elite athletes don't need ebikes. Show us videos that justify the need for motorized bikes.

yakimonti (Feb 2, 2021 at 22:47)
over 50lbs? in 2021? we're better than that eh? But it does look great, and price is really good-especially considering I just heard from my shop that Specialized has raised prices.

BorisBC35 (Feb 3, 2021 at 1:56)
Not sure how they are in CAD, but nearly $6k AUD for an entry level HT with a front coil fork is pretty damn steep. Same bike from Giant is $2k less. But it's probably the usual Australia Tax. At least the Grand Canyon looks pretty good. That's a rarity in the emtb world.

DarkDiggler (Feb 2, 2021 at 13:31)
I remember watching Adolf Silva double flip a Decoy and thinking awesome..but why.
Does Kaos really take that thing to Revolution? Awesome..but why

Thoromian (Feb 2, 2021 at 9:41)
This video was actually gross. I understand this was an add, but it was not engaging. Find some Joey who is out of shape, and can barely ride. Show him or her having fun with their MTB friends. Make it relatable.

Nerra (Feb 2, 2021 at 10:52)
Thanks for blowing up our trails and riding up trails that should only be ridden down... Yours sincerely, San Clemente resident and trail digger

knarf1 (Feb 2, 2021 at 18:27)
@Nerra: Your absolutely right. I love the fact that E-bikes are out their. But a big but. people have to be/get educated on where to ride them. Don't ride up down trails, don't rip past pedestrians, be aware other cyclist moving slower than you. Don't F*&$ up the trails.