Video: The Art of the MTB Photograph


“Pics or it didn’t happen”, my riding friends would say after telling them how I finally landed that new trick I'd been practicing for months. It became sort of like brushing your teeth or lubing your chain; taking photos on every ride to remember what it felt like, to see how we looked in the air or how gnarly a particular section of trail looked on camera. “How steep was that section?” ”Oh I swear it looks steeper in real life!” 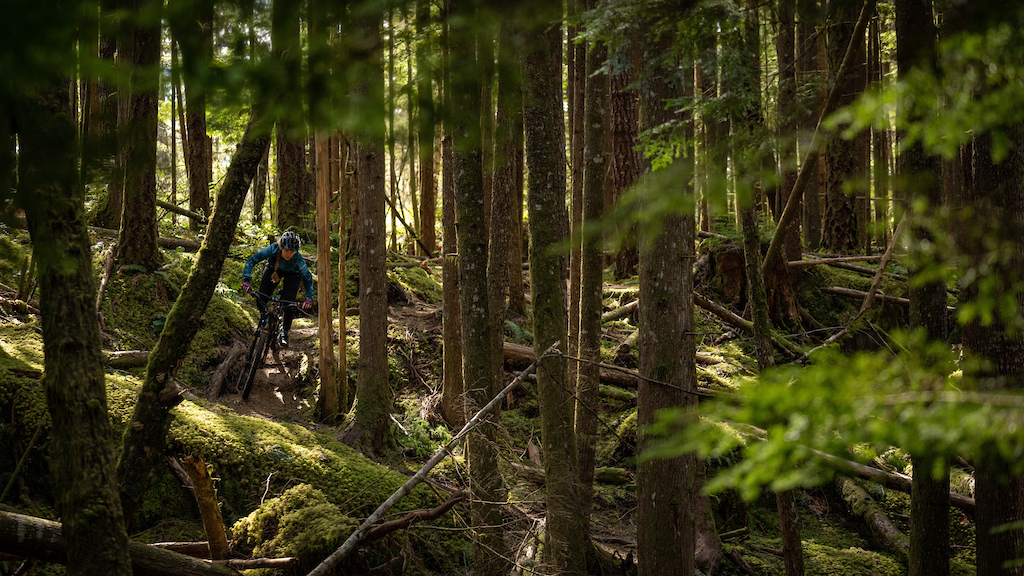 Kona Ambassador Isabella Roeleveld charging through a tight turn in Alice Lake Provincial Park - Squamish, BC.
On a work trip back to Squamish, I got in contact with Josh, a local photographer who I’d shot with many time before, either working side by side on a project or while being the subject myself. We had this idea of bringing as many Kona ambassadors together as we could and to create a unique project out of it.

But this time, rather than the video part of the project being the main focus, I wanted to shine a light on the photography side of things.   So we reached out to other ambassadors, hoping one or maybe two would make themselves available. As it turns out, when you offer mountain bikers to shoot photos and videos of them on the some of the best trails in the world, it doesn’t take much convincing. Jo, Isabella, Nigel and Trish were stoked to make it happen. 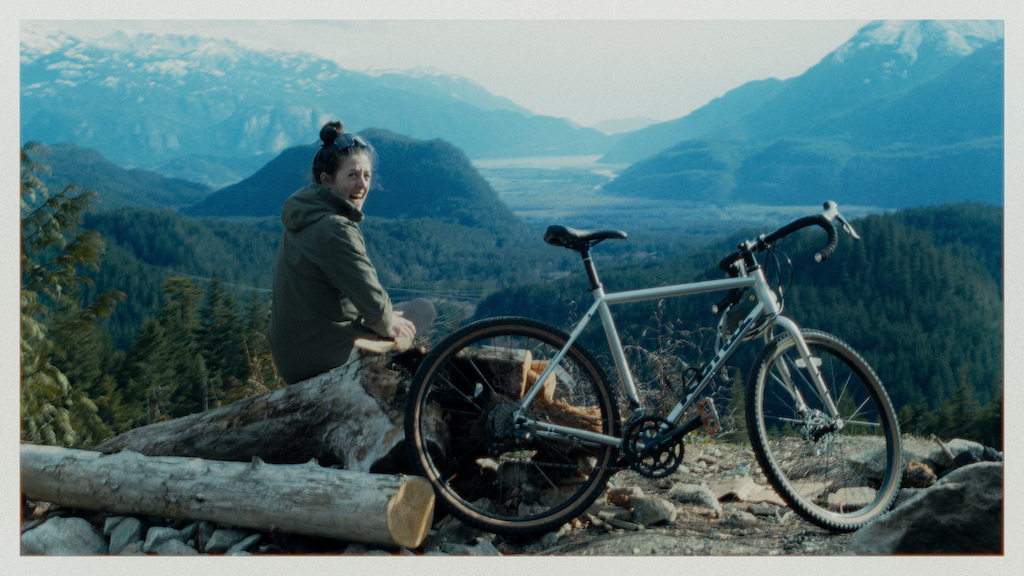 Trish smiling ear to ear, partly because of the view, but also because she had sneaked in a box of 6 donuts waiting for us at the end of the shoot day.

I think it’s no surprise that myself and Josh became good friends quickly after I moved to Squamish over two years ago now. I had also grown up shooting MTB, on the video side, trying hard to get myself and my riding friends on specific bike sponsors. I can still remember my teachers and my surrounding high school friends thinking out loud how this type of endeavour was a bit odd compared to what everyone else was doing at that age. “You’ll need to focus on getting a real job kid, you can’t just ride and film bikes for a living, sooner or later you’ll have to forge a real career path”. I guess they were right, in a sense; we both ended up forging a career path, but luckily, there’s enough love for bikes going around that our career has revolved around bikes way more than we could have ever dreamed of. 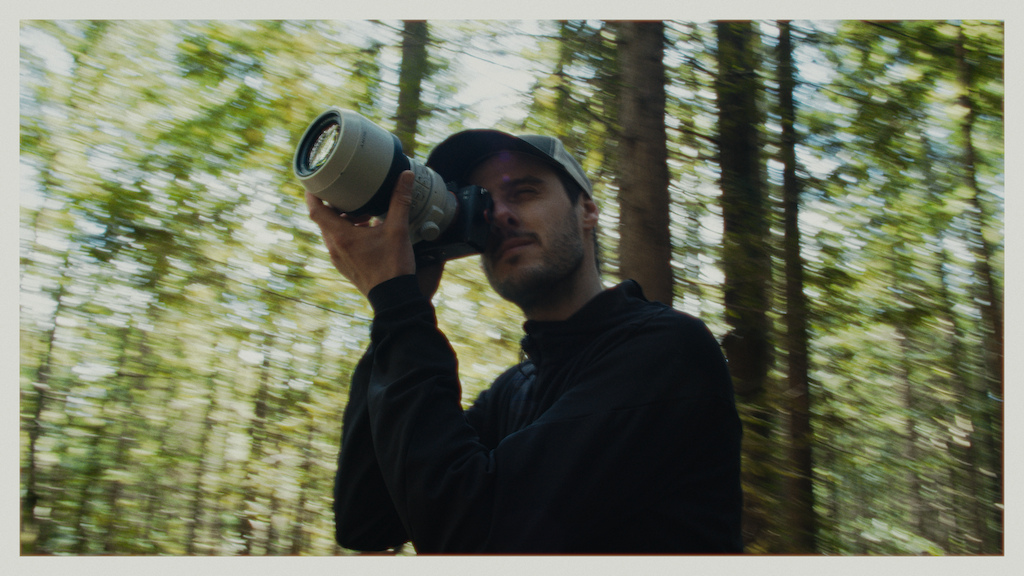 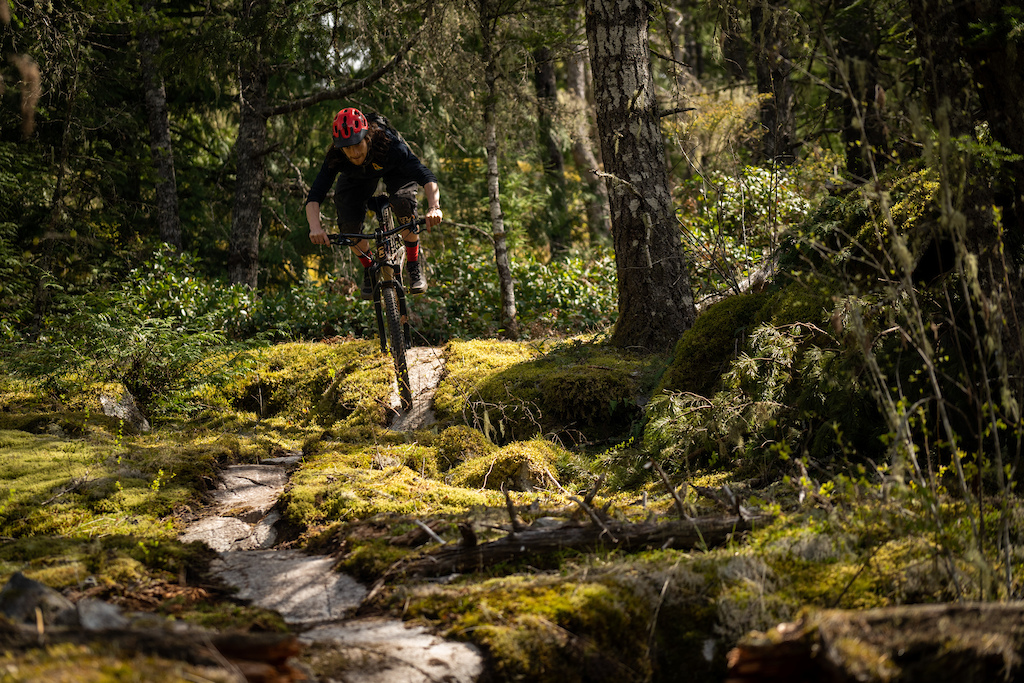 Squamish has moss AND slabs! I bet you didn't already know... 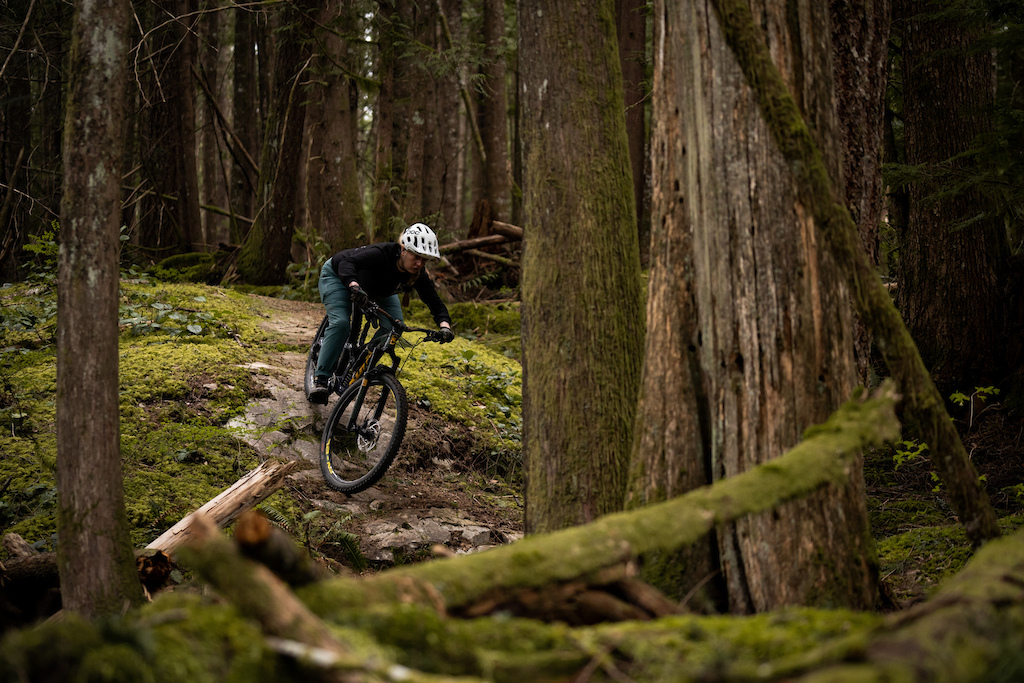 Jo Peters, from Pinkbike Academy Season 1, rides just as fast as it looks.
Bikes just have this way of bringing like minded people together like not too many other legal things do. Most of us hadn’t even met before that day and despite not fully remembering each others last names, we felt like we had known each other for years. 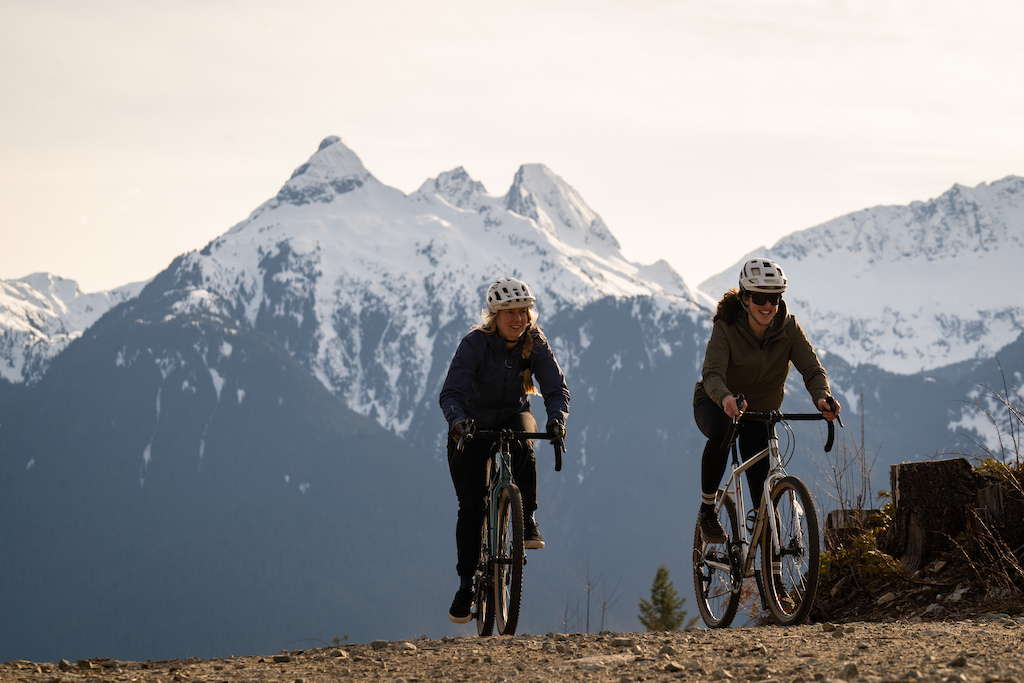 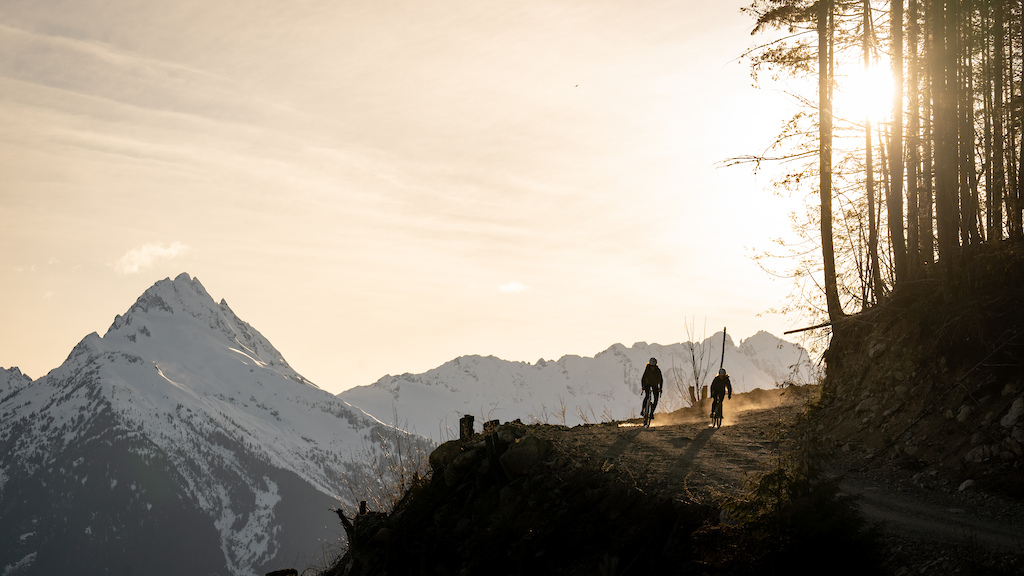 The end of the day treated us with a sweet golden hour light overlooking the Tantalus Mountain Range, just north of Squamish. Josh had portable radios which we made very good use of when the sun was just at the right spot.

Just like that, one of our best days on bikes/cameras in a while came to an end. And in the words of my partner when we’re on vacation or anytime there’s a cute puppy nearby:
*or the donut you didn’t eat, according to Trish. 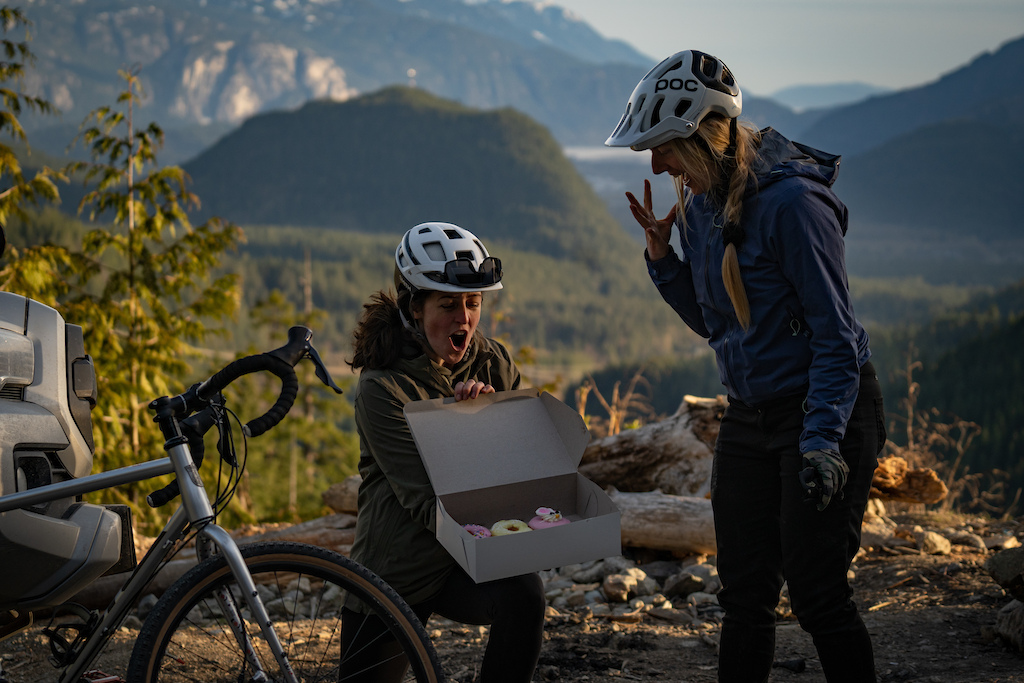