Video: The Builder of the Squamish Mecca - Return to Earth The Series, Ep 2


Trails are a foundation of mountain biking. Without them, we’d probably still be racing around in circles, NASCAR-style, on gravel roads. Along with the people who ride them, trails build the communities and lifestyles that we all share. What we’ve found over the years of filming and riding in the woods is that every trail has a builder, and that builder often has a story. For our second episode of Return to Earth: The Series, we celebrate the work of “Big Red Ted” Tempany, whose tireless efforts have not only put our hometown of Squamish on the international mountain bike map but also nurtured the next generation of local shredders. 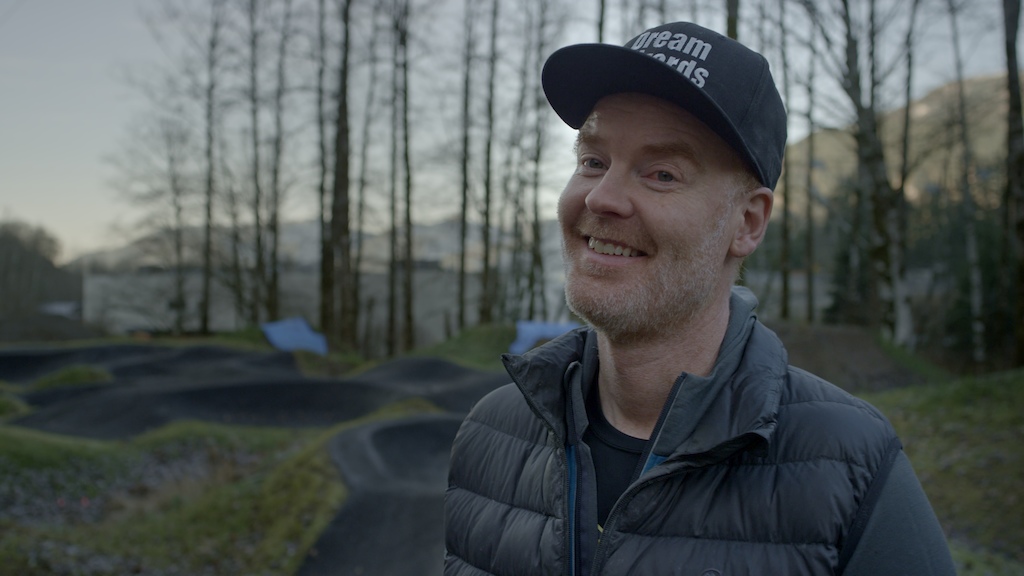 Ted in his element at Squamish's jump park, which he built with a lot of his own volunteer labour
The Builder dives into Ted’s story from his first trip to Utah (what he refers to as “The Promised Land”) to helping shape the courses of international freeride competitions such as Crankworx Joyride and Red Bull Rampage. Most of all, though, it focuses on Ted’s shift towards bettering his adopted home of Squamish and the successes of signature trails like Half Nelson. Mountain biking Meccas simply do not sprout from the Earth. They take thousands of hours of blistered hands reaching into the dirt. 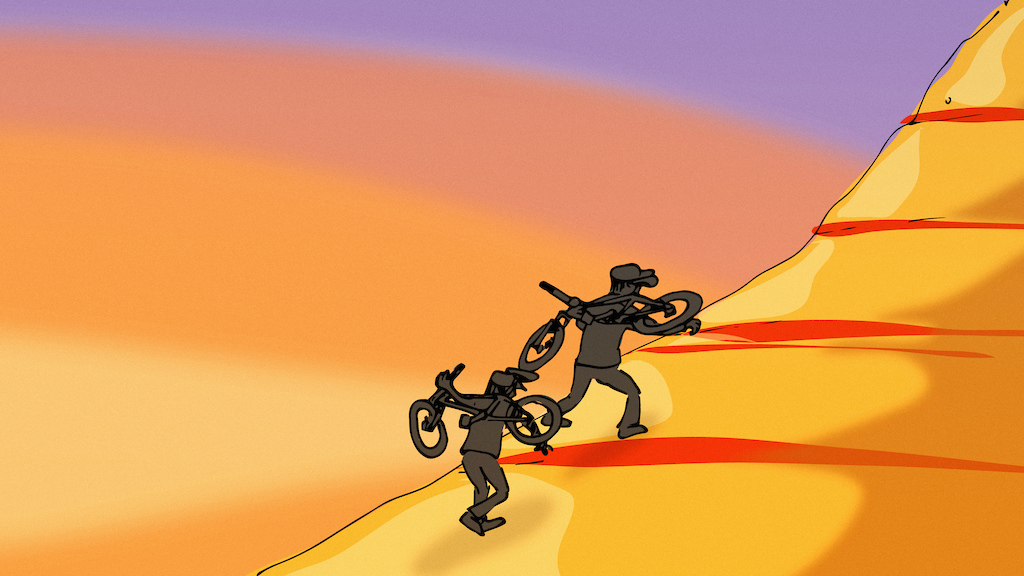 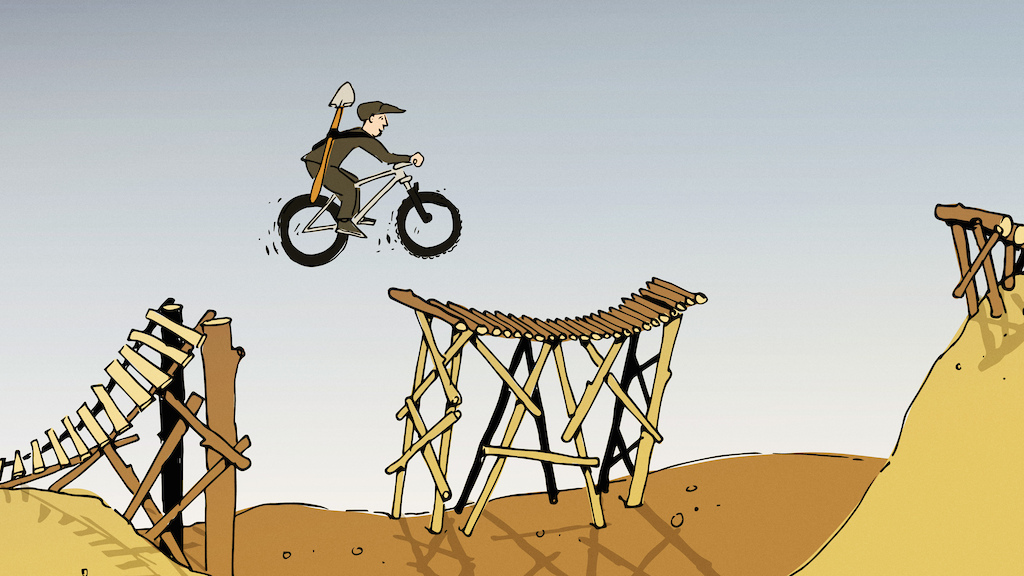 Animating Ted's story was a big part of The Builder episode. Check out Taj Mihelich's Instagram takeover on @OutsideTV today!

Ted has been instrumental to Anthill’s own work over the years from Thomas Vanderham scrubbing the Nicola Valley in Seasons to Brandon Semenuk’s Squamish jump line from Strength in Numbers (a trail that went on to be opened to the public as Full Nelson). Return to Earth’s Squamish community segment featured Semenuk, Remi Gauvin and Miranda Miller all riding Ted’s handiwork. Watch the full 22-minute episode now on the Outside TV app.* 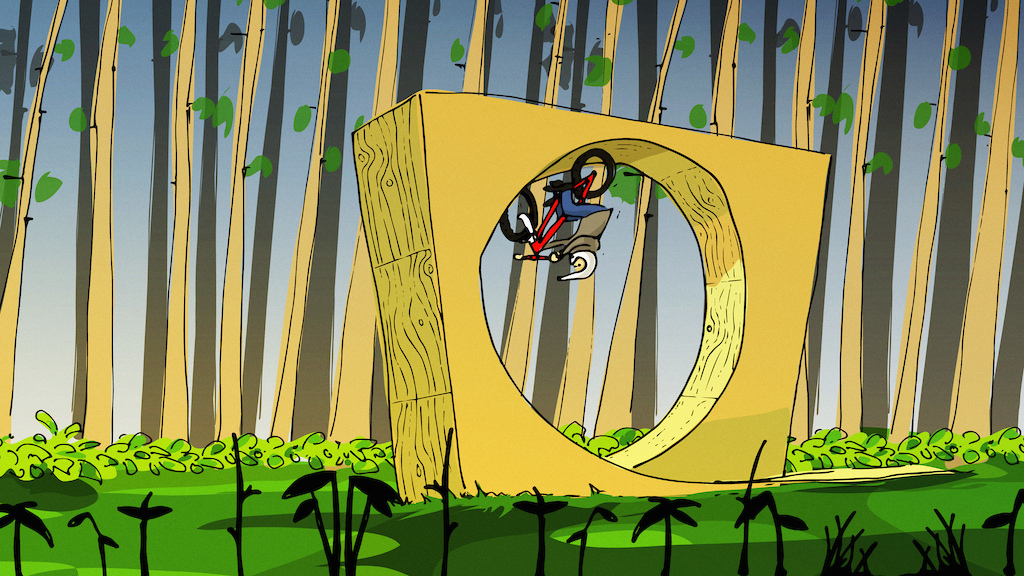 Return to Earth: The Series was developed in partnership with Freehub Magazine. Animation by the talented Taj Mihelich. Photos by Margus Riga and Anthill Films.

walt3 (Jun 17, 2020 at 14:21)
Proud to be a trail builder! You gotta give back. Plus I find it incredibly relaxing and exciting at the same time. Any time spent in the woods is time well spent. Imho. Long live builders.

JacobyDH (Jun 17, 2020 at 13:34)
Okay, in all fairness, do they need to call Brandon Semenuk a “Professional Mountain Bike Athlete”? shouldn’t everyone know who he is?

Geochemistry (Jun 17, 2020 at 17:54) (Below Threshold)
I really was expecting more downvotes for my deliberately snarky comment confusing Mr.Semenuk with Brendan Fairclough. PinkBike readers have disappointed me.

ReubenSandwich (Jun 17, 2020 at 18:25)
@Geochemistry: I actually laughed out loud! Sorry to disappoint but I upvoted you back to zero

scblurlt (Jun 17, 2020 at 11:26)
inspiration for my four new trail builds in lockdown , if only more uk areas would see the potential of a thriving Mtb scene , hopefully things may change in the world after covid

2dunkel (Jun 17, 2020 at 17:42)
Trail building/maintenance is one of the most honorable of all occupations, and a hell of a great hobby! Thank you to those who build!