Video: The MTB Pioneer of Crested Butte - Return to Earth: The Series, Ep 3

One of the oft-debated subjects of mountain bike lore is where the sport began. Most old-schoolers will tell you it all started with a few hippies drifting clunkers down Mount Tamalpais in California’s Marin County, and while we don’t debate that fact, around the same time there was a culture brewing in Crested Butte, Colorado that laid the foundation for two of mountain biking’s most recognizable traits; single-track trails and mountains. Few places can boast these traits coming together as vastly and impressively as this corner of the Colorado Rocky Mountains. One of the original Crested Butte mountain bikers that mapped, built and linked hundreds of kilometers of single-track is Don Cook, the star of our third installment in Return to Earth: The Series, The Pioneer. 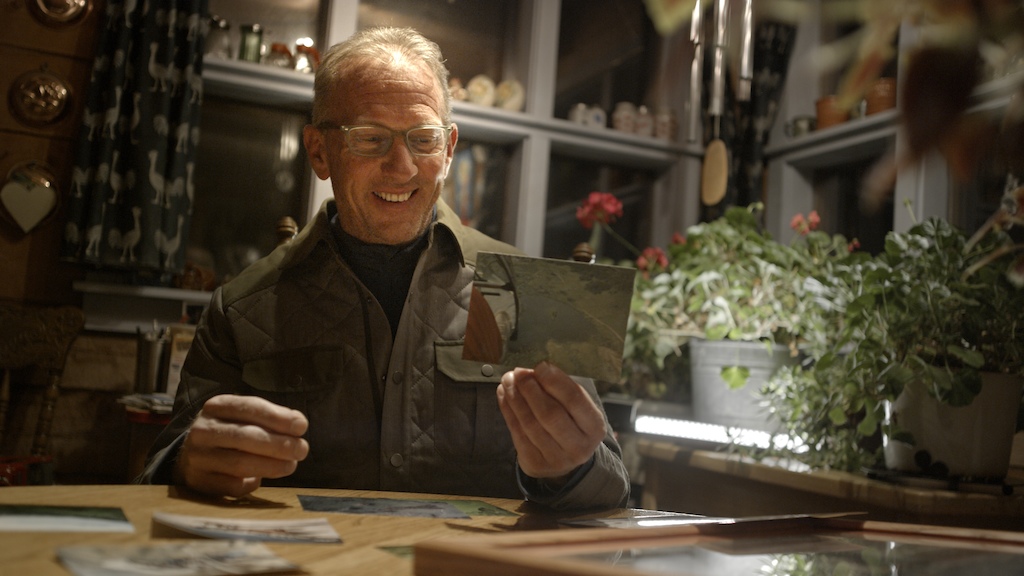 Don holding a photo he took from the precarious seat of his ultralight plane while mapping animal trails in the early '80s.
Don’s lifelong dedication to mountain biking has also kept relations positive with local landowners and the U.S. Forest Service, helped spur the biggest mountain bike event of the time (Crested Butte’s Bike Week) and played a key role in forming one of the world’s first MTB trail associations. “The Pioneer” chronicles the most notable junctures of mountain biking’s origin story in Crested Butte and how that affected the sport worldwide, decades before Internet sharing was a thing. The episode also features behind-the-scenes footage of local riders enjoying some of Don’s trail legacy, which was a big part of the community segment in Return to Earth. 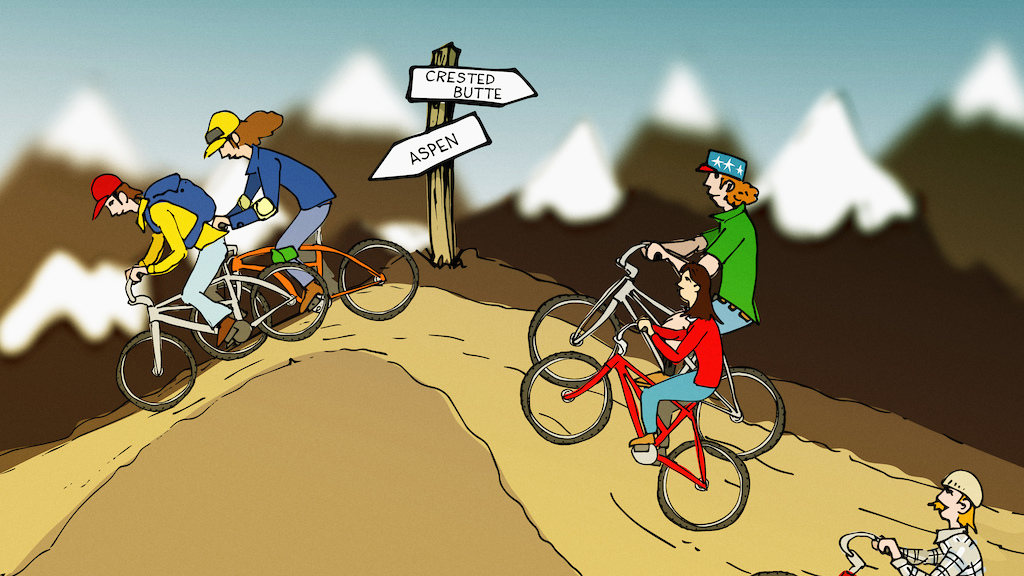 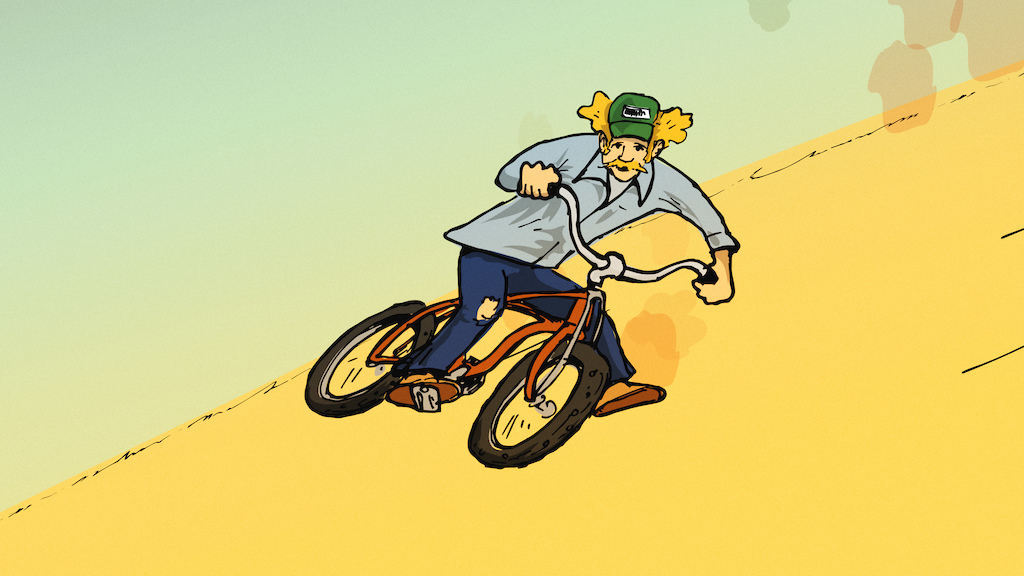 Today, Crested Butte continues to be a pilgrimage for mountain bikers around the world. Lung-busting climbs, a 360-degree network of alpine trails around the town and an unrivaled local culture were just a few of the reasons we traveled there to film. Every mountain bike community in the world has, in some way, benefited from the hard work by Crested Butte pioneers like Don. 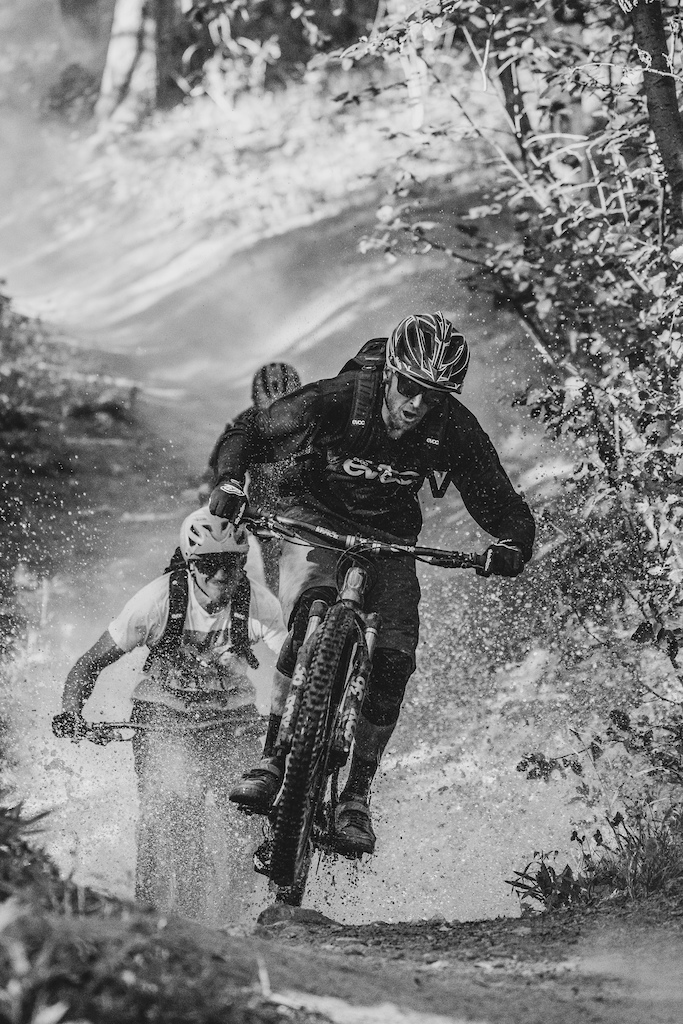 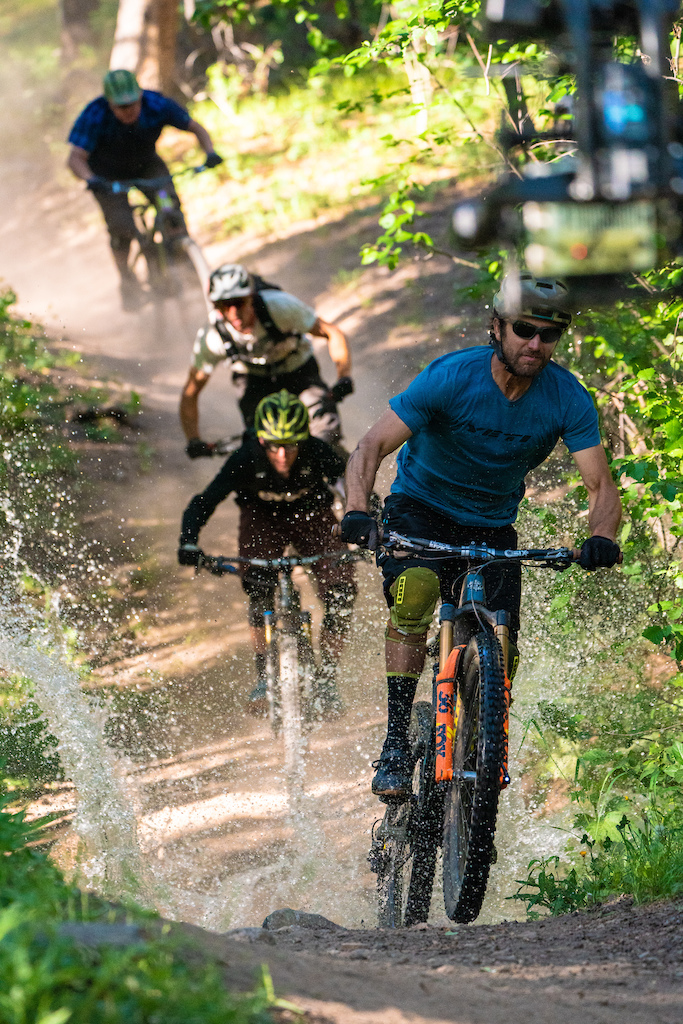 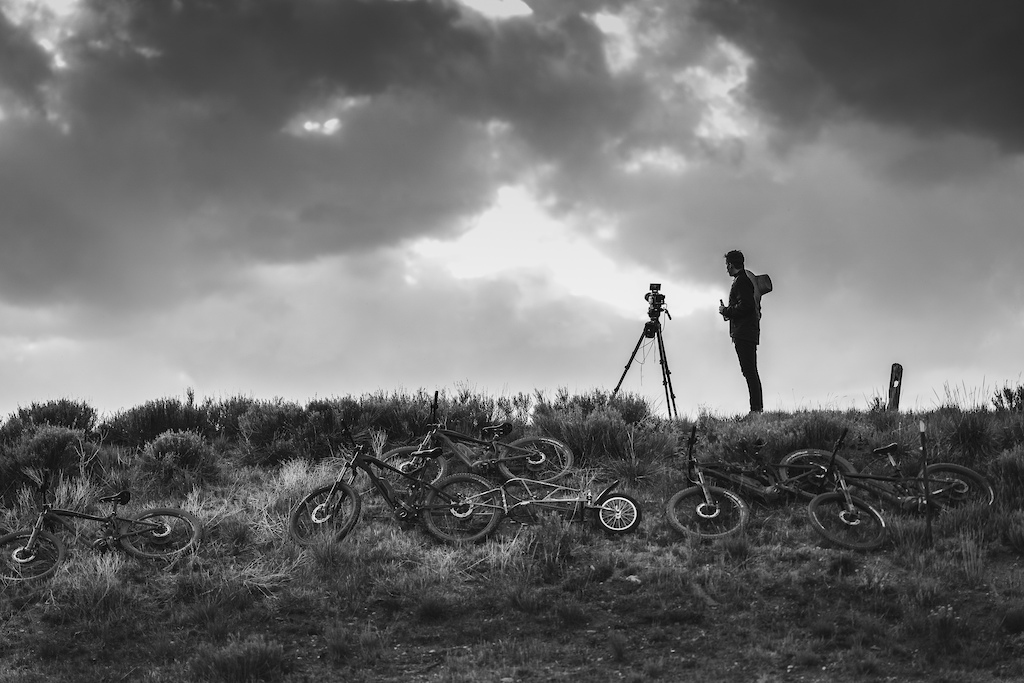 Return to Earth: The Series was developed in partnership with Freehub Magazine. Animation by the talented Taj Mihelich. Photos by Anthill Films.

pbfan08 (Jun 25, 2020 at 6:48) (Below Threshold)
Crusty 40 year old Coloardan's that never leave is the real reason the the states culture is weird, not the transplants.

moturner (Jun 25, 2020 at 7:14)
The transplant thing is so true and pretty awful. Not the people that come so much as the numbers of them. Though I'm sure if I were from Pennsyltucky or Derplahoma I'd be determined to leave..

Last one in close the door behind you!!

withdignityifnotalacrity (Jun 25, 2020 at 7:30)
@moturner: I actually want Pennsyltucky to become the next outdoor hub. There's some pretty prime riding and beautiful land out there, if the locals ever get their head out of their ass and look around.

JCWB (Jun 25, 2020 at 7:49)
You mean Northwest Texas is full of Coloradians? The NATIVES here are "interesting". The locals here are pretty chill. They've accepted their demise and the spread. I think they spend all sorts of time in the mountains and meditate away their frustrations. I've lived here for a year now and if it wasn't for the spring/summer take over by 80ft of super duty-5th wheel+trailer full of razors this place would be incredible. It'll be a good couple years but looking elsewhere.

benjiancillotti (Jun 25, 2020 at 8:16)
USA! USA! USA! Lovely united stuff. I jest, actually love Colorado, spent a fair bit of time there bicycling, and even a full 90day permitted visa time once, it was fantastic.

withdignityifnotalacrity (Jun 25, 2020 at 8:51)
@benjiancillotti: well, we haven't had any states hold referendums on completely peacing out yet. Though at this rate it's only a matter of time.

fishmanjohn (Jun 25, 2020 at 15:14)
@goatdaddy: Californians are being displaced by other groups coming to their state. It's the way it goes and it always has been but peoples normal migrations and moving / settling patterns are being accelerated by the current information age. Eventually everyone will be from everywhere and the pointless local vs transplant argument wont be valid anymore.

Kipp, who is one if the local riders and interviewees in this video, had a life altering crash last week riding one of our remote trails. He was life flighted out and has very, very serious injuries. He is a great dude and a huge part of our riding community in CB.
If you are able, feeling generous, or just want to help a fellow mtn biker, please donate to his rehabilitation and recovery fund at gofundme.com

hi-dr-nick (Jun 25, 2020 at 6:03)
Surprised you haven’t been grilled for calling it crusty butt like the Joey front rangers.

naisemaj (Jun 25, 2020 at 4:14)
One of my favorite places. The climbs are soul crushing, the descents are dreamy, and the town is awesome

E-ROG (Jun 25, 2020 at 6:28)
Crested Butte trails really define All-Mountain riding IMO. Make sure you spend a week and do both the lift access and all the pedal access trails. 401 trail is NOT to be missed! Lived in CB for a year back in 2007, amazing small town. All these folks are there and happy to talk MTB history, MTB museum is a must as well.

E-ROG (Jun 25, 2020 at 6:39)
@brandonrock72: Really!?!? It's not on Main St. anymore??? Last time I was in CB was summer 2015 to ride the bike park. Now that you mention it I think one of the lifties said something about that. It was occupying some prime real estate right on main so maybe the owner cashed out on the real estate portion. Do you have any more details? Are all the museum pieces out in Marin county CA? Thanks

brandonrock72 (Jun 25, 2020 at 6:46)
@E-ROG: I don't have the nitty gritty details, other than that when we went to go visit the museum - it was gone, and we found out it had been relocated. There's still a 'mountain heritage' museum but I'm not sure how much of it is in there vs in CA. Definitely a bummer.

Hate to break it to you, but it’s called elk ave.

steveczech (Jun 25, 2020 at 7:22)
Everyone knows mountain biking started in Florida (along with crimped pony tails). Sure, it's the flattest state in the U.S., but you can pedal up a tree with a gator snapping at your heels.

hansentj (Jul 28, 2020 at 16:02)
I grew up in Crested Butte and I remember Don flying overhead in his ultralight in the summers. Man...so cool. As I got older I started racing and I remember Don cheering me on by name with each lap, I felt like I was being cheered on by a God. Today, I count him as a friend. He's a great guy. This is a great place. And who cares if CB or Marin invented biking? The fact that it got invented is enough.

withdignityifnotalacrity (Jun 25, 2020 at 6:27)
Dude build a plane to map out the trail network, what a legend!

EvoRidge (Jun 26, 2020 at 1:02)
I klunk toured with this legend for the 40th and 42nd klunker tour. They invented the spirit of bikes in the mountains!! West Elk holdin

Crankhed (Jun 25, 2020 at 3:09)
That’s gotta be Phil Metz’s great grandfather in the first cartoon with that mustache. Bottom right

Endlessmike (Jun 25, 2020 at 7:06)
The day the locals aren't crusty af, is the day I'll never go back.
Below threshold threads are hidden

digitalsoul (Jun 25, 2020 at 7:26)
Just bring your own food or allow 2 hours for service at the restaurants. Too many pot head servers without a care in the world.

rallyimprezive (Jun 25, 2020 at 12:02)
CB isnt the place to go if you are in a hurry. After a long day of exploring the vast mountain trail network, you order your food and chill. There's a reason Crested Butte doesnt have a Starbucks...