Must Watch: Thomas Genon Rides on Water and Bends Time in 'The Legend of Tommy G'

Every kingdom needs his legends and who better to answer this call for the Bike Kingdom Lenzerheide than Belgian ripper Thomas Genon. He welcomed this role with open arms, building upon his own legend with the support of no one less than Anthill Films. To see how Thomas rules his new kingdom, check out “The Legend of Tommy G”. 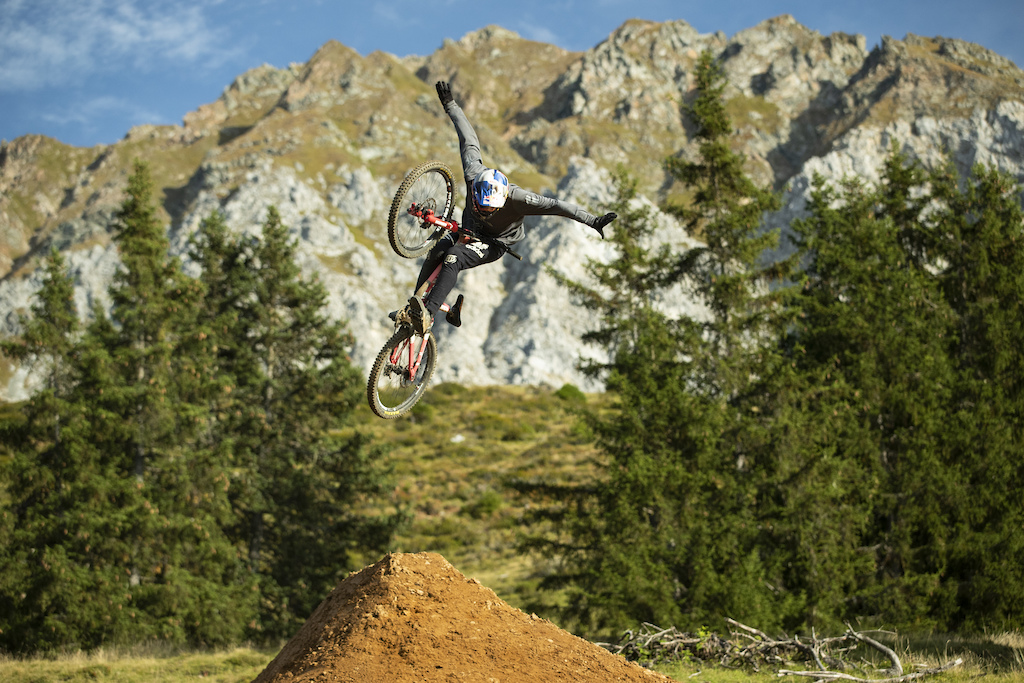 What do you get when the superb bike filmmakers from Anthill Films link up with a rider like Thomas Genon, a.k.a. Tommy G in a stunning location like Lenzerheide, Switzerland? Magic that it would even make Merlin jealous. In a versatile and breathtaking location, it’s easy for Tommy G, the 25-year-old Belgian, to showcase his riding skills; getting technical and going big at the same time. In the 6-minute Anthill Films production, Lenzerheide is truly the king’s playground. He breaks through the sound barrier, bikes on water. “That’s why they call him Tommy G-esus,” says Jackson Goldstone, who joins a long list of cameos by the who’s who of the bike world. Riding on the moon, the Swiss high Alps and gaining some serious speed on the World Cup track with the comment of Rob Warner. Blowing up all of Lenzerheide’s carefully shaped berms, there is nothing Tommy G can’t do. He gains so much airtime hitting a big kicker that the crew had to lengthen the landing while he was in the air or it would have ended badly – leaving Cam and Tyler McCaul speechless. 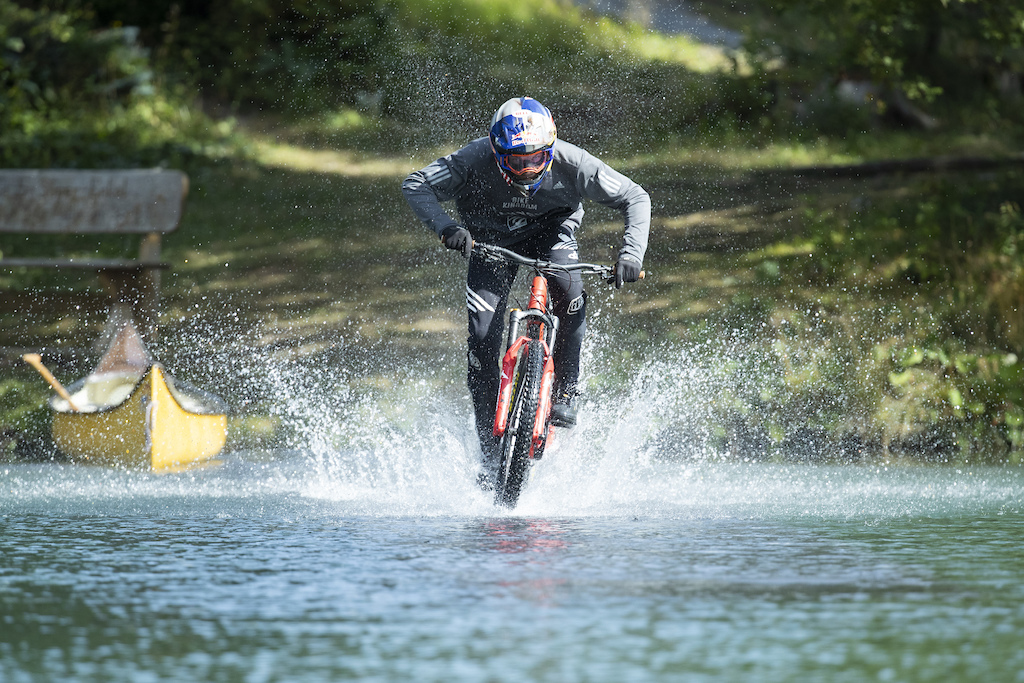 It’s hard to hide this legendary action from the bike community. Matching the clips first class soundtrack of CCR’s “I heard it through the grapevine” it’s no wonder that Mountain Bike heavyweights like Troy Brosnan, Brett Rheeder, Tomas Lemoine, Casey Brown, Brook MacDonald, Thomas Vanderham or Emil Johansson make up their own wild theories about where Tommy G is and what he’s doing. There’s really only one answer to that: he’s working on his own legend – “The Legend of Tommy G” – in Bike Kingdom Lenzerheide.

Production for the new video took place last fall in Lenzerheide. Despite a fairly tight production schedule of only two weeks, everyone involved is extremely stoked with the result: “Filming in Lenzerheide is a dream! It’s a beautiful place with an incredible number of trails that go all over the place. Honestly, it was hard to pick where we wanted to shoot what, just because of the many options available. It was quite the challenge to limit ourselves to what we really wanted in the video,” says Anthill Films’ Darcy Wittenburgh. He’s not the only one that’s stoked about what was produced in Lenzerheide. Pascal Krieger, Project Manager Bike for Lenzerheide, thinks back to the production with a smile. “Working together with Anthill Films was a once-in-a-lifetime opportunity. Anthill Films have already achieved somewhat of a cult status within the community, and Thomas Genon is one of the most stylish Slopestyle riders in the world. To see a rider of his caliber shred our home trails and jumps was incredibly inspiring and breathtaking at the same time. His creativity and love for biking is second to none, and I could feel it every single moment we were there.” 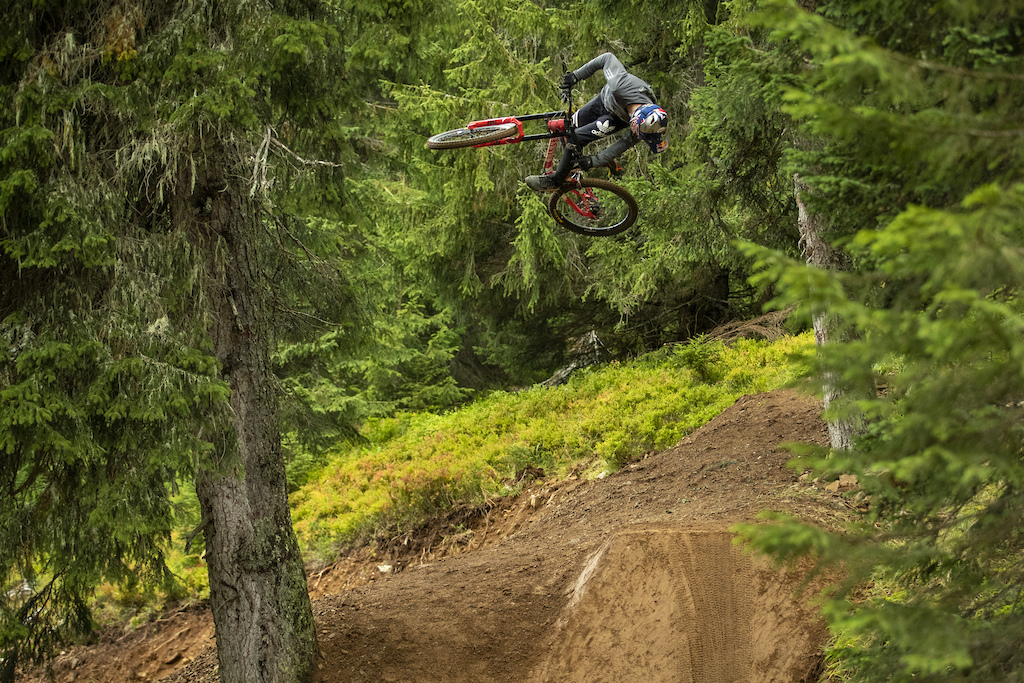 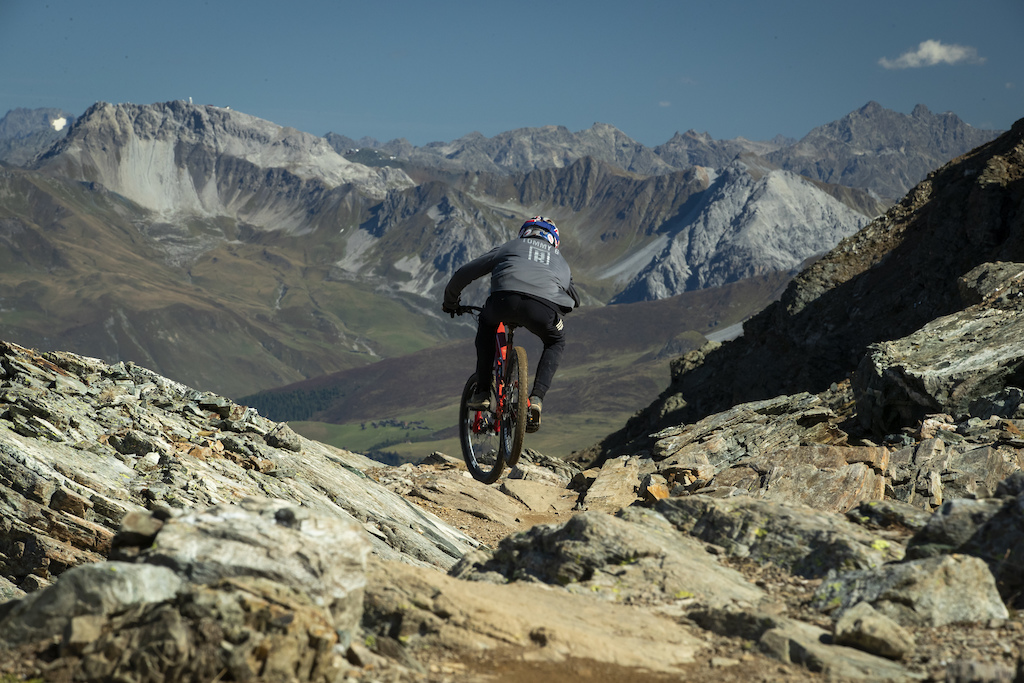 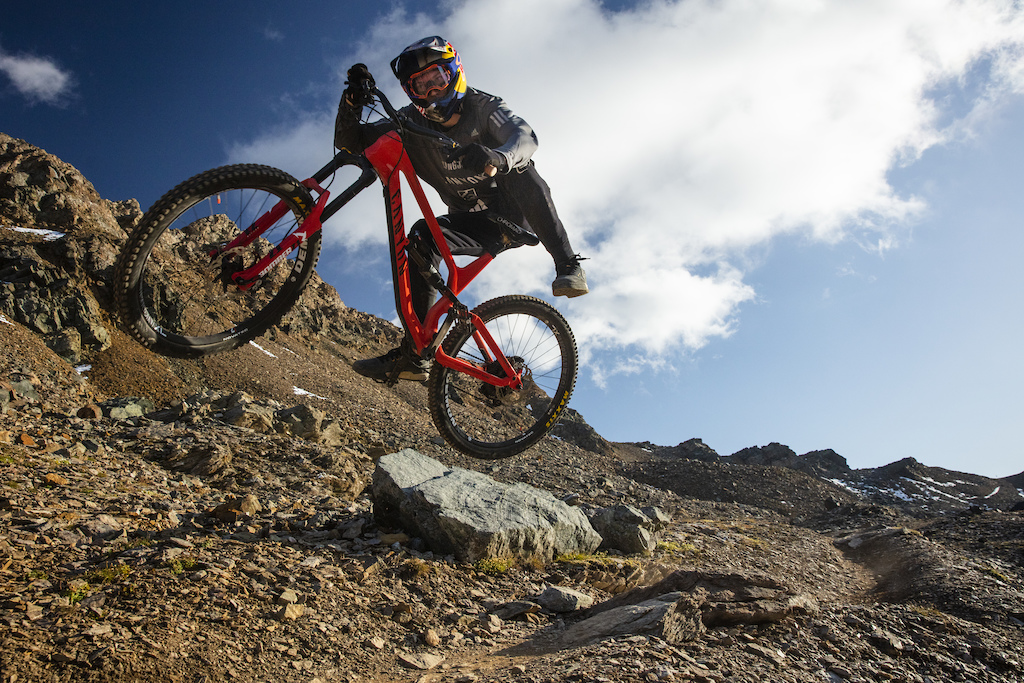 With the launch of Bike Kingdom for the 2020 bike season, the Lenzerheide holiday region has given a name to what it has always been. Through the repositioning of Bike Kingdom and the unique shoot with Thomas Genon, Mountain Biking has finally taken front and center in Lenzerheide, something the region has been working on for the past few years. Bike Kingdom is more than just a name though; alongside the renaming, a new app will be launched, a big bike festival will take place at the end of the season, there are new trails to be explored and much more. Bike Kingdom presents exactly what the name promises. 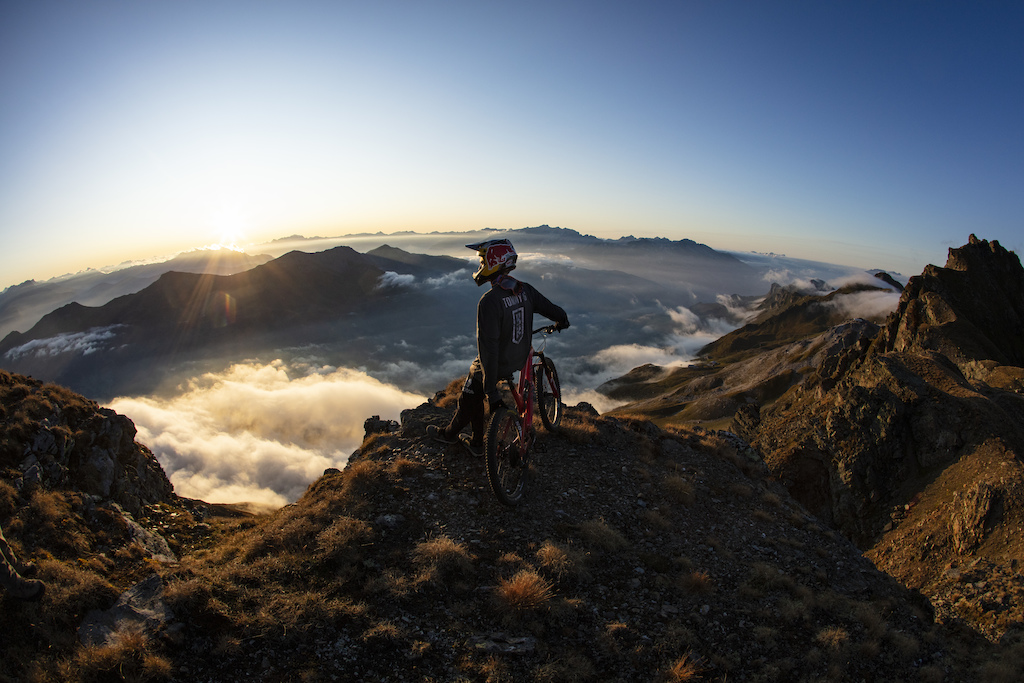 Too true, was both rad and hilarious!
Aaaaammmmmeeeeen

I was surprised to learn that he has a fear of water, maybe that's why he gets so much air? To compensate?

YellowFlowers (May 12, 2020 at 6:42)
In switzerland probably on monday the 8th of June. In Lenzerheide they are currently building the Last Part of the flowtrail and maybe even a new big whipoff jump

DOAFT (May 12, 2020 at 13:44)
@LenzerheideBikepark: What is the Swiss government saying about borders and people visiting from other countries? I have a trip planned to ride Swiss trails late juli..

LenzerheideBikepark (May 12, 2020 at 22:09)
@DOAFT: as mentioned before, the government vaguely allowed the lifts to reopen but we don't know yet under what circumstances.

We're planing with the 8 june in mind so once we get the go: We're ready!

Traveling and reopening of the boarder however is a whole dofferent sotry. We have to sit it out and wait for the 27 may for the news

aljoburr (May 12, 2020 at 7:57)
Tommy G What a great edit, But you picked the wrong year to race World Cups?
Watch out for thoughts trees at warp speeds, they move when you least expect it?

robito (May 12, 2020 at 12:00)
I heard he's at home like the rest of us after he reinjured his shoulder at crankworx. If true it looks like he'll have 5x the amount of time needed to recover before the next event. Dude is pretty styleeeeee

wolfsberg (May 12, 2020 at 16:57)
Not saying it's bad at all but was anybody else expecting more of a 20 minute'ish project based on all that marketing hyping that was going on for the what feels like half a year up to the release?

wolfsberg (May 12, 2020 at 17:03)
They're making a huge deal of this bike kingdom rebranding as if lenzerheide bike park wasn't famous and greatly appreciated already. I can only hope they don't just jack up prices because of a new phone app and a 5 minute edit but built some new quality stuff as well.

jonaslp1 (May 13, 2020 at 4:24)
they are are builing the last section of the flowtrail with the worlds flattest corners you have ever seen

YellowFlowers (May 13, 2020 at 1:56)
Yeah thats true, but you can also Ride Like 400km Off lift Access singletrails with the Same Ticket. And all of the sections in this video (other than the line with the left hip he did a tuck no on) are in the bikepark

Chridel (May 13, 2020 at 2:44)
In switzerland, most of the time you get the lift ticket for free with accommodation which makes it pretty cheap in comparison to other places ;-)

Flunt (May 13, 2020 at 4:58)
Seriously, Tommy G is just incredible... I am glad that there are people like him out there. Noooo disrespect to anyone else whatsoever Peace

xstrongyx (May 13, 2020 at 5:52)
Should have had a clip of the claw feverishly checking maps to try and find his secret spot!

rallyimprezive (May 14, 2020 at 8:03)
Tommy G hasn't really had great luck with Crankworx lately. This is a nice reminder that he is still a world class rider, and good spirited guy.