When I started getting into bikes in 1983 my first bike was a Chromoly BMX so riding for a steel loving company like Sour Bicycles from Dresden, Germany, came rather natural to me. Pretty cool to have those 2 Riders here in the Picture running the Company and getting my ass kicked when I go on Enduro rides with them! 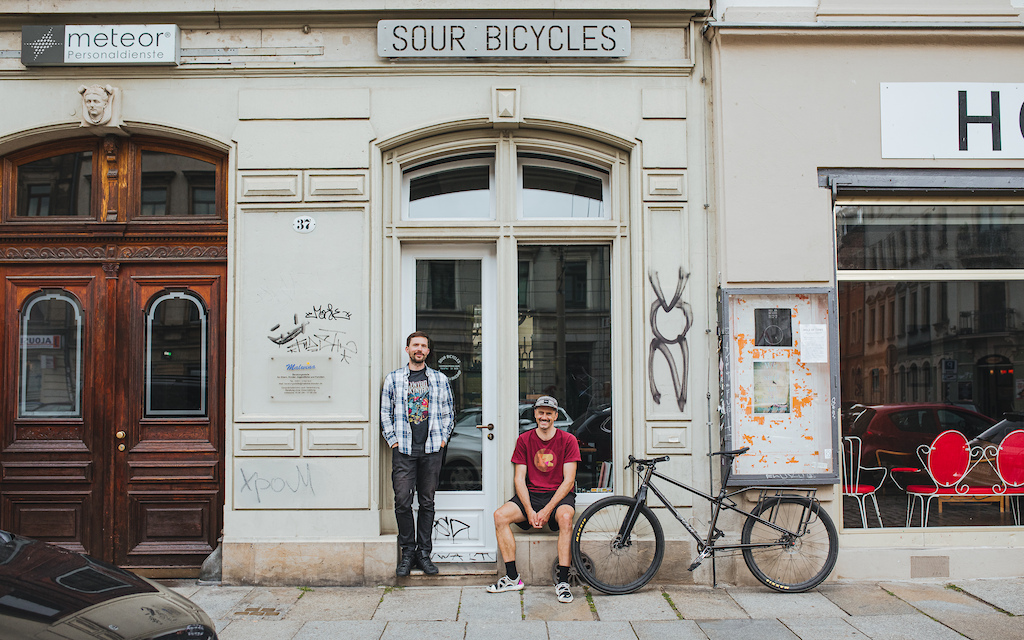 I first met Christoph Süße, owner of Sour Bicycles, at a photoshoot for Triple 2, an apparel company which is also rider-owned with a focus on eco-friendly produced garments. Triple 2 was sponsoring both of us at this time. Right at this time, a deal with my former partner had fallen through, and I was already a little bit frustrated with the bike industry. I decided that from now on I would only work with excellent, trustworthy partners in the future. Furthermore, I was keen on really knowing the people behind the products and making sure that they gave it their all.

Since I had been running my own apparel company, Atmosfair Clothing, for six years by then, I could relate to everybody who took the leap of faith and started their own business. 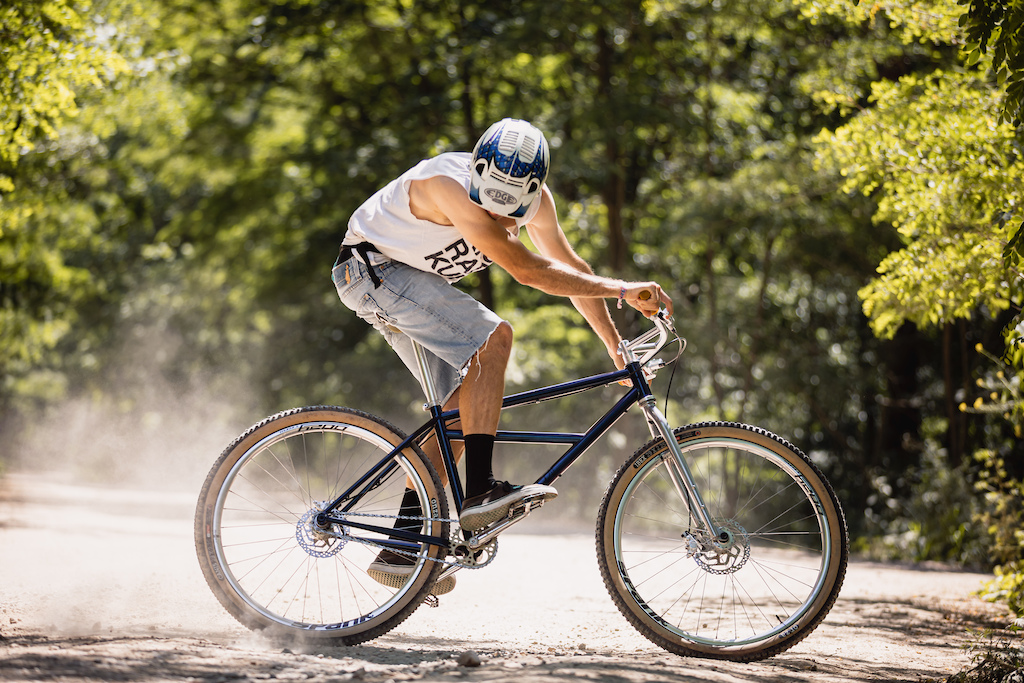 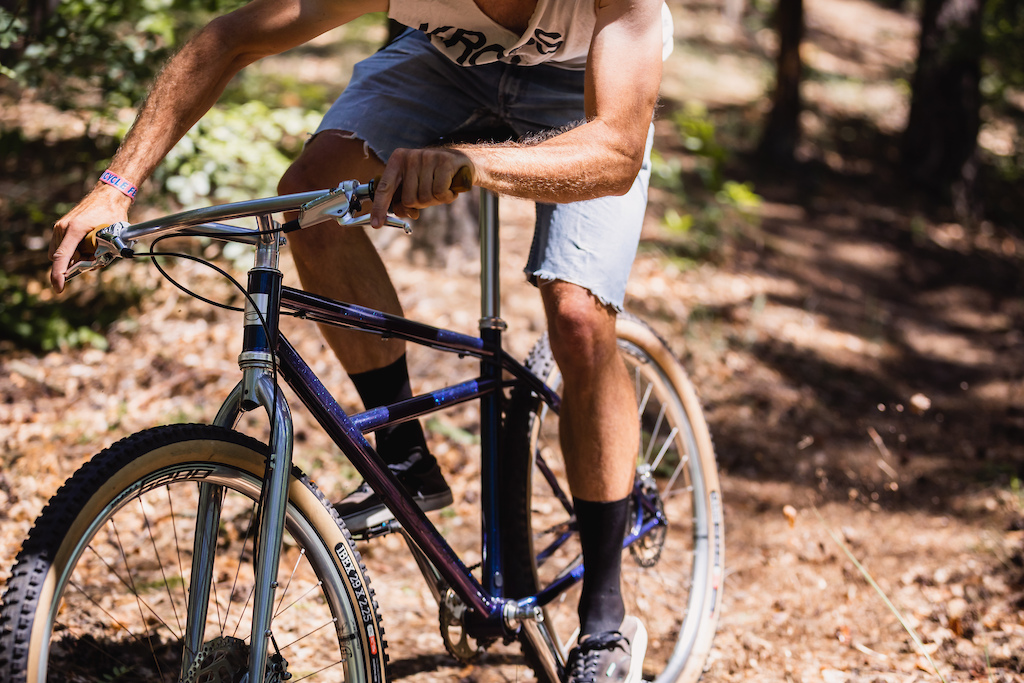 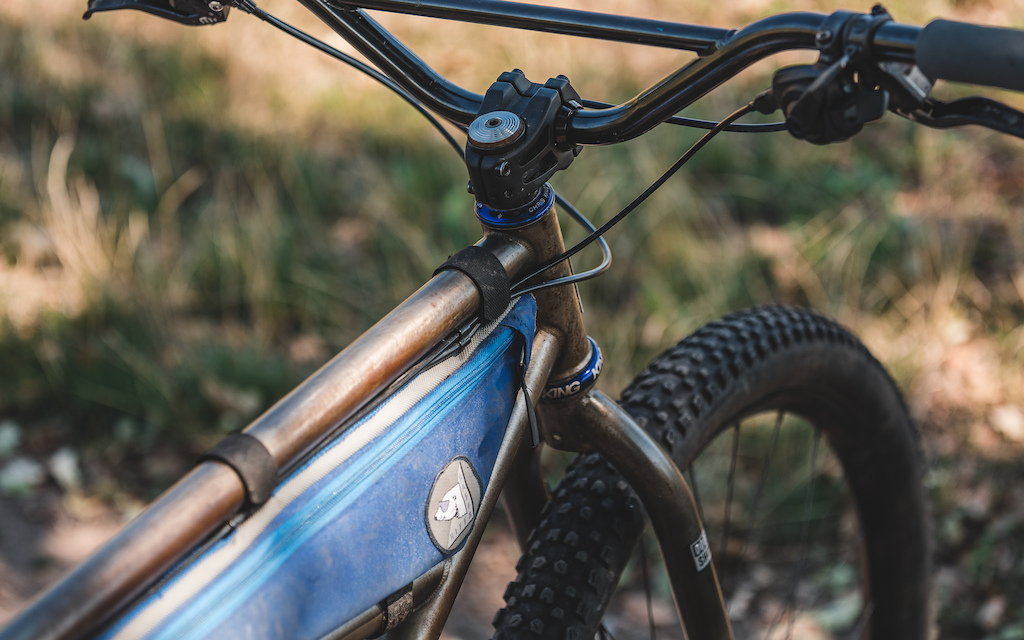 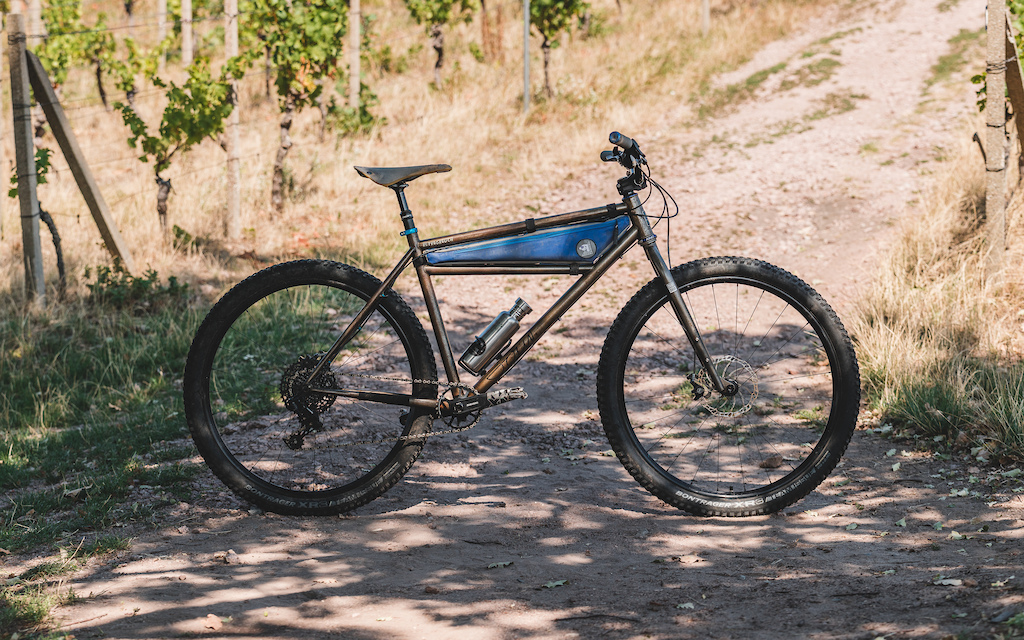 Dresden, where the headquarter and small showroom of Sour Bicycles is, seems to be full of bike enthusiasts. There are so many riders, all doing their own thing in their style, and on top of that, there are quite a few bike companies which are from Dresden. Starting with two big online stores, multiple bike-related brands and manufacturers and incredibly well-managed bike boutiques. It is almost as if there were more hip bike stores in this city than barista coffee shops. 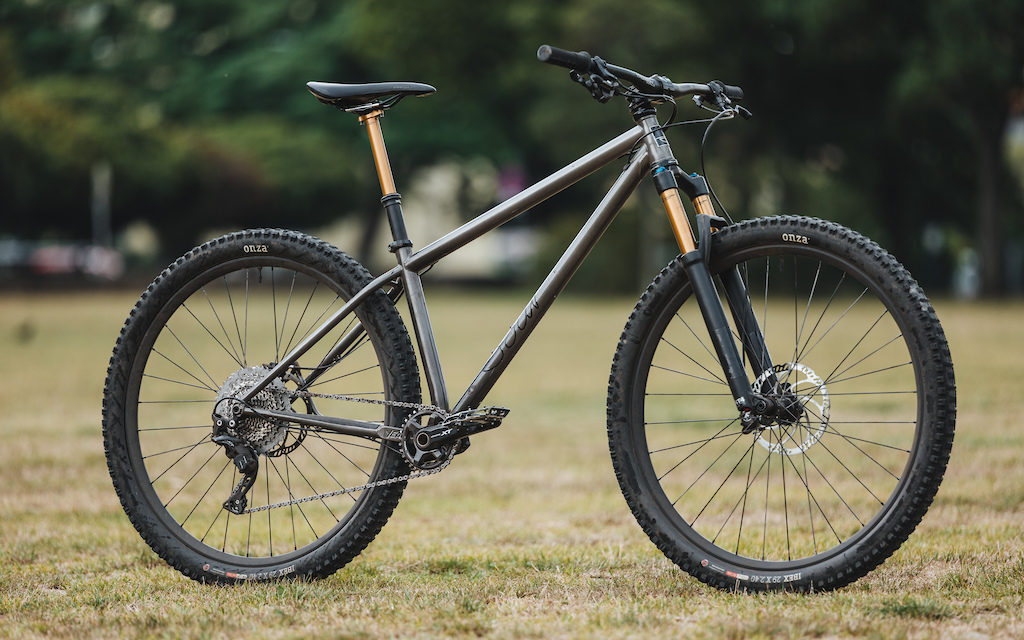 The Sour bicycles showroom is located in the most vibrant part of the city called Neustadt, and it’s only a five-minute ride until you are deep into the woods. The forest, that is only a few minutes away, is part of the city of Dresden, and I joined the team for a ride after I got my new Sour full suspension prototype. I was completely blown away by the deep and old forest and the enjoyable trails they have in the Dresdner Heide.

Dresden’s Neustadt reminds me of Kreuzberg in my hometown Berlin, or at least of the Kreuzberg a couple of years ago, when rent was still affordable and creative people could thrive. Berlin is not the same anymore, big companies have taken over there and small businesses get pushed out. For over twenty years there had been a Reggae Club called Jam where you could feel the Jamaican vibes, or there once was another Bar called 25 Club, which was created by artists. Both were located down at the River Spree right next to the East Side Gallery and the Berlin Wall. For me, both were a symbol of the Berlin lifestyle, free, wild, and creative. Now Mercedes Benz is filling up the space, the Berlin vibe is still good but not the same anymore and my Berlin Wall Jump would not be possible now in front of all those big Companies at the East Side Gallery/ Berlin Wall. 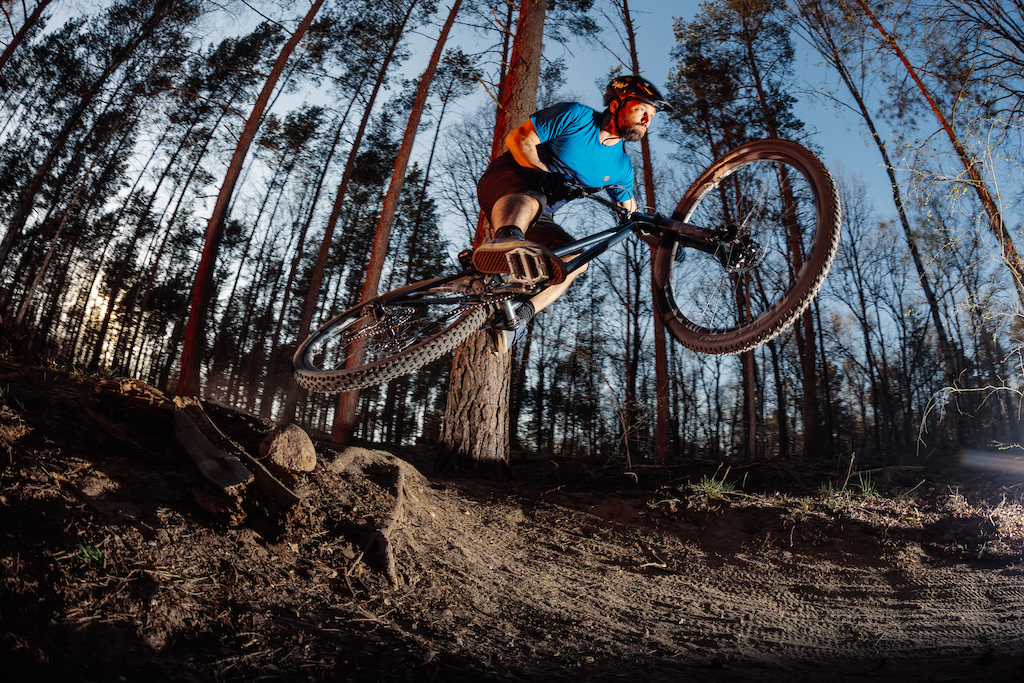 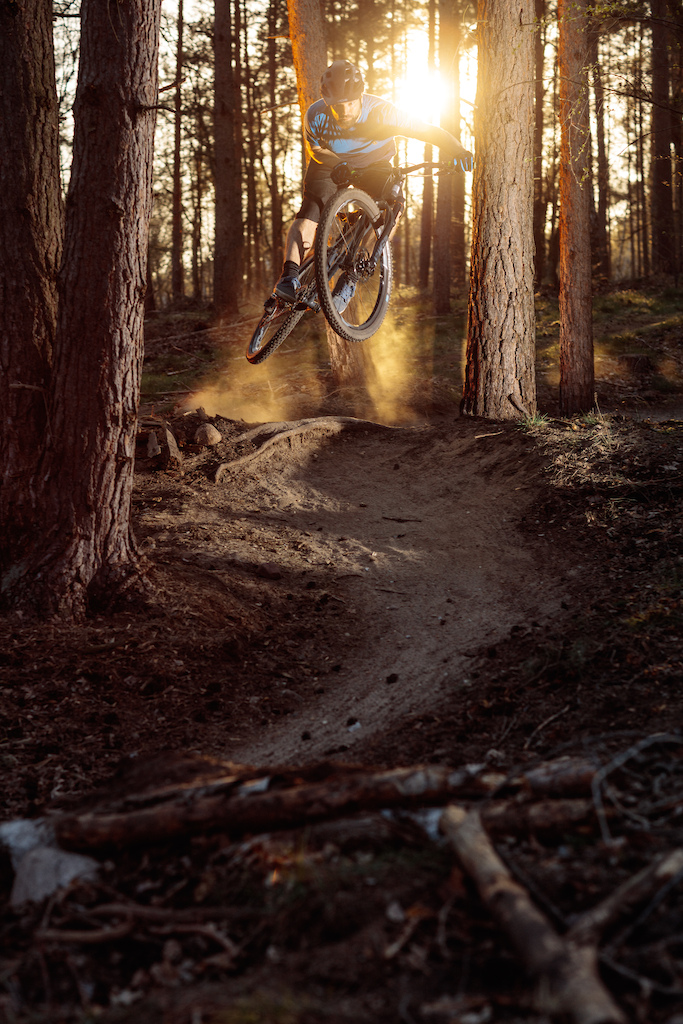 I was already so stoked on my Crumble Hard Tail shredding my local Trails. I was a little unsure if the Fully Prototype would work right away. But it sure did! 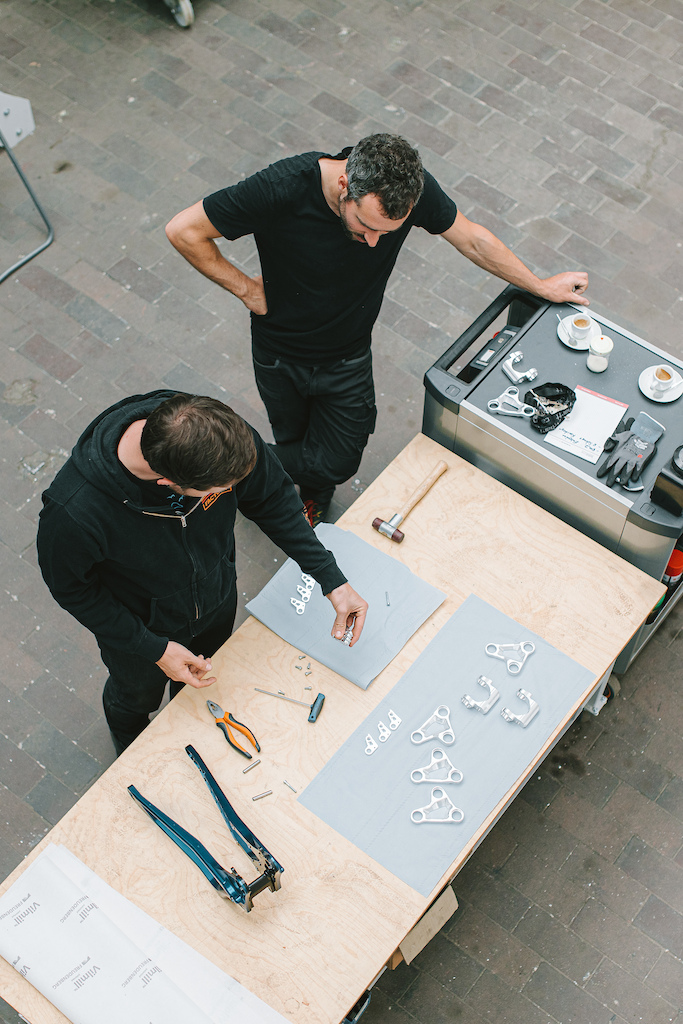 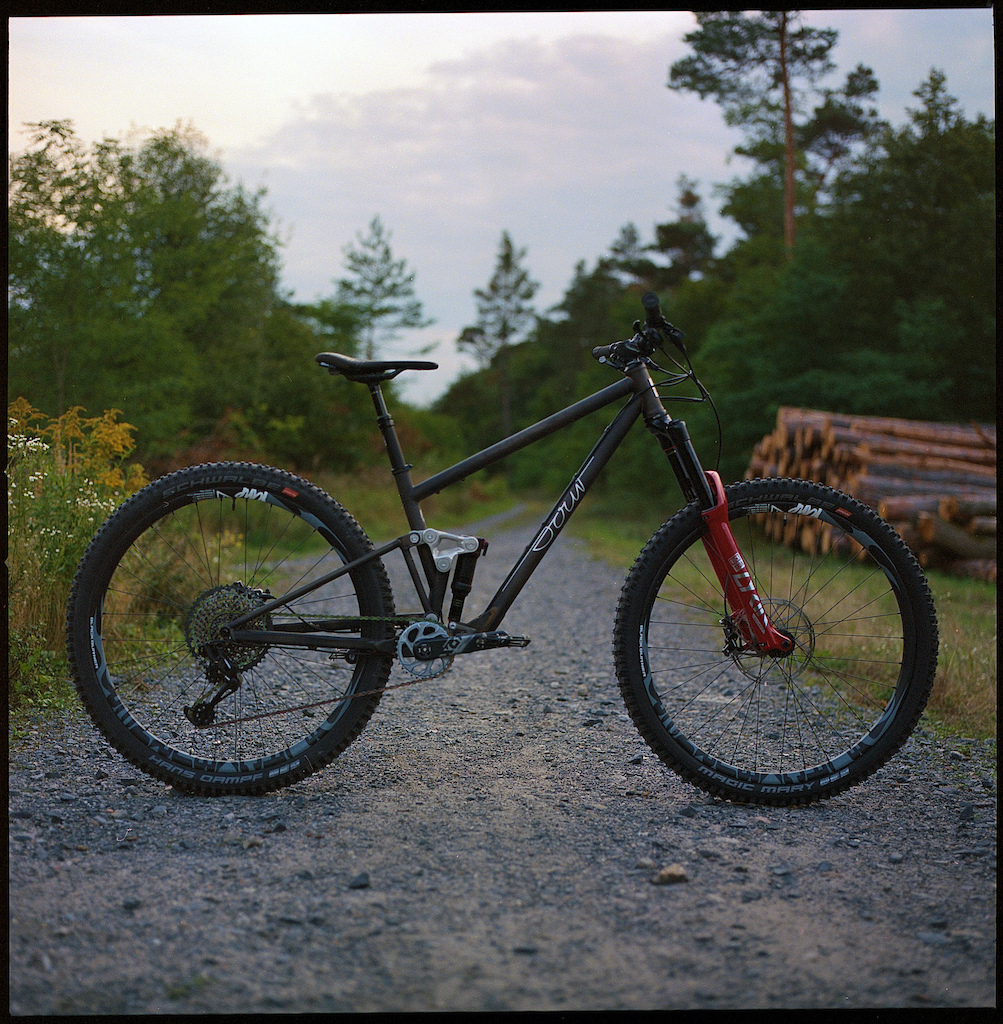 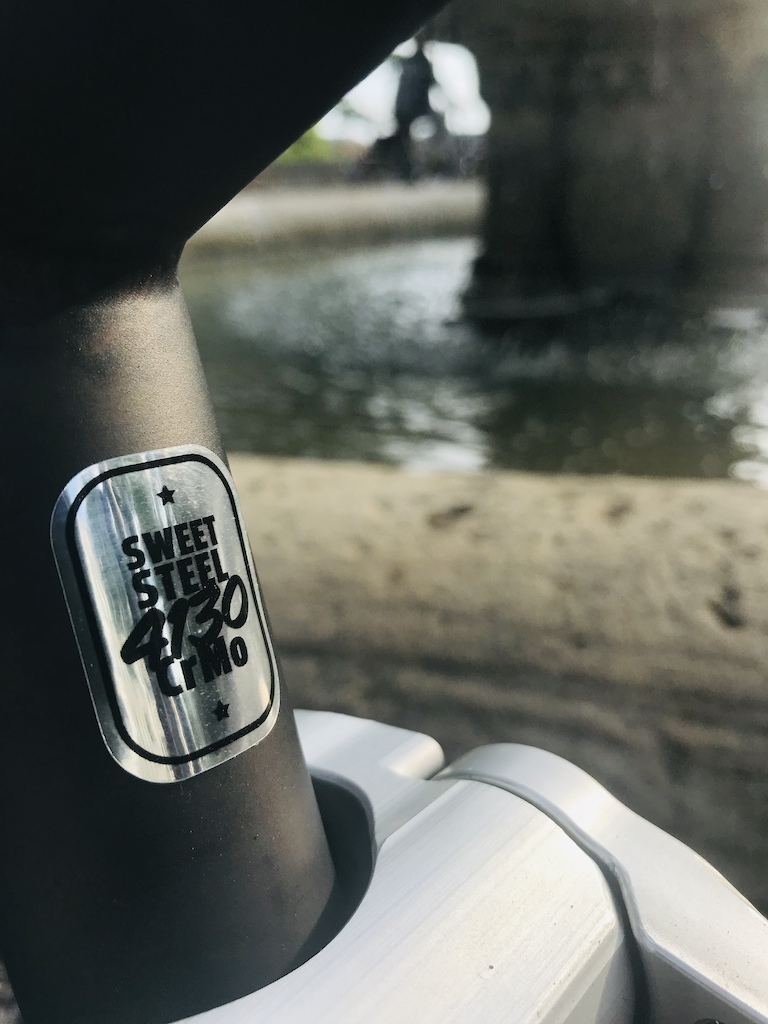 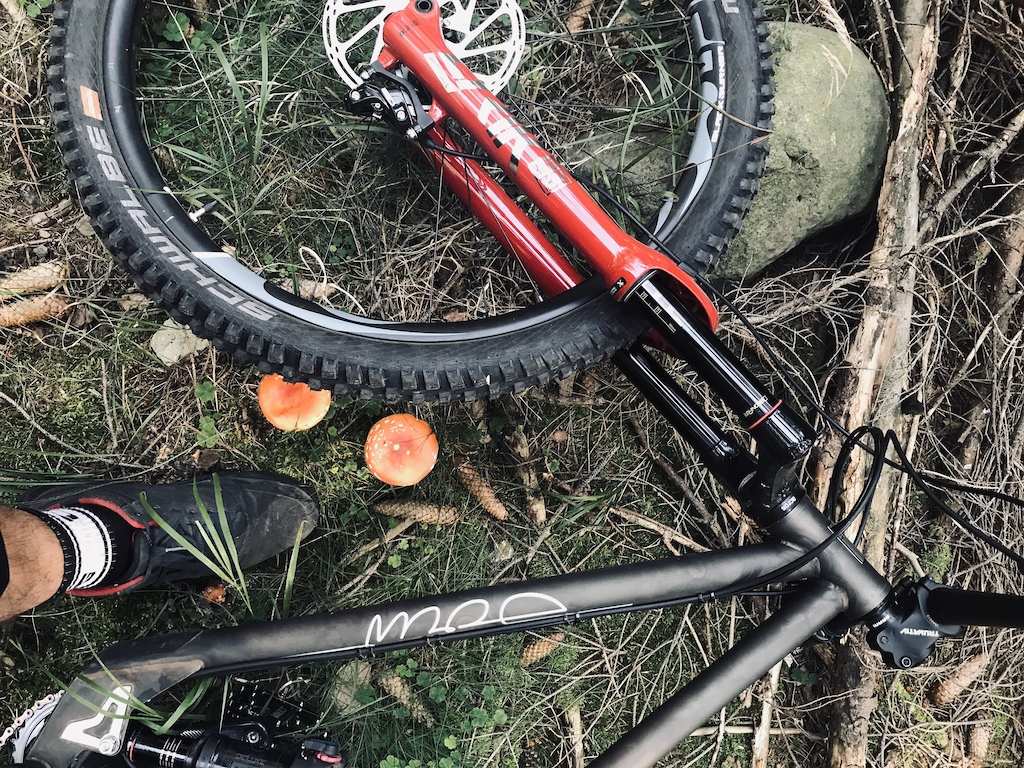 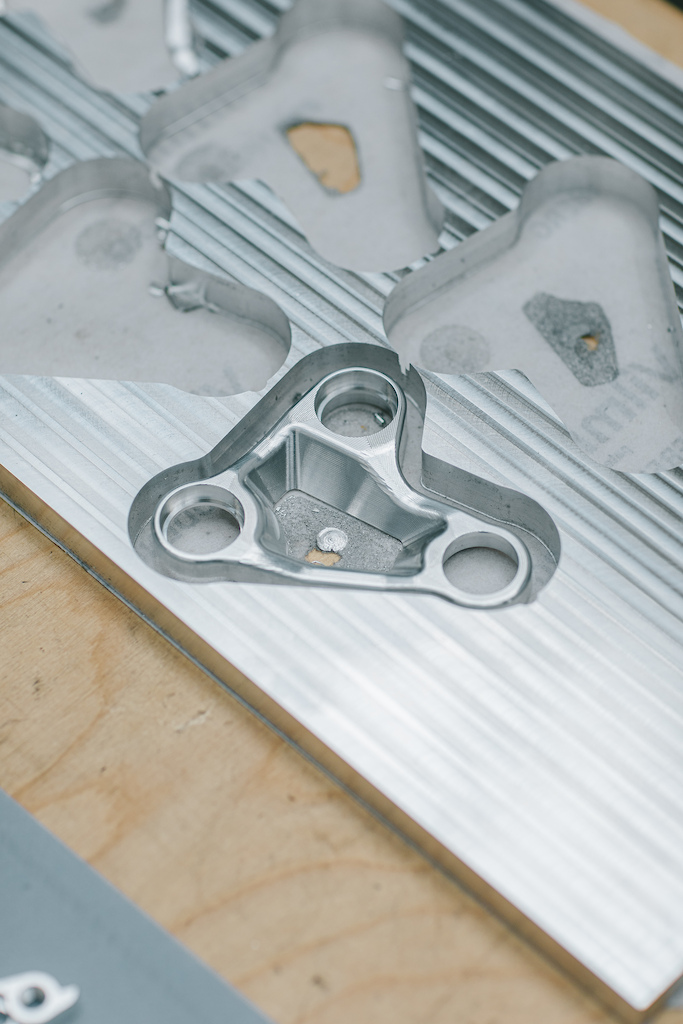 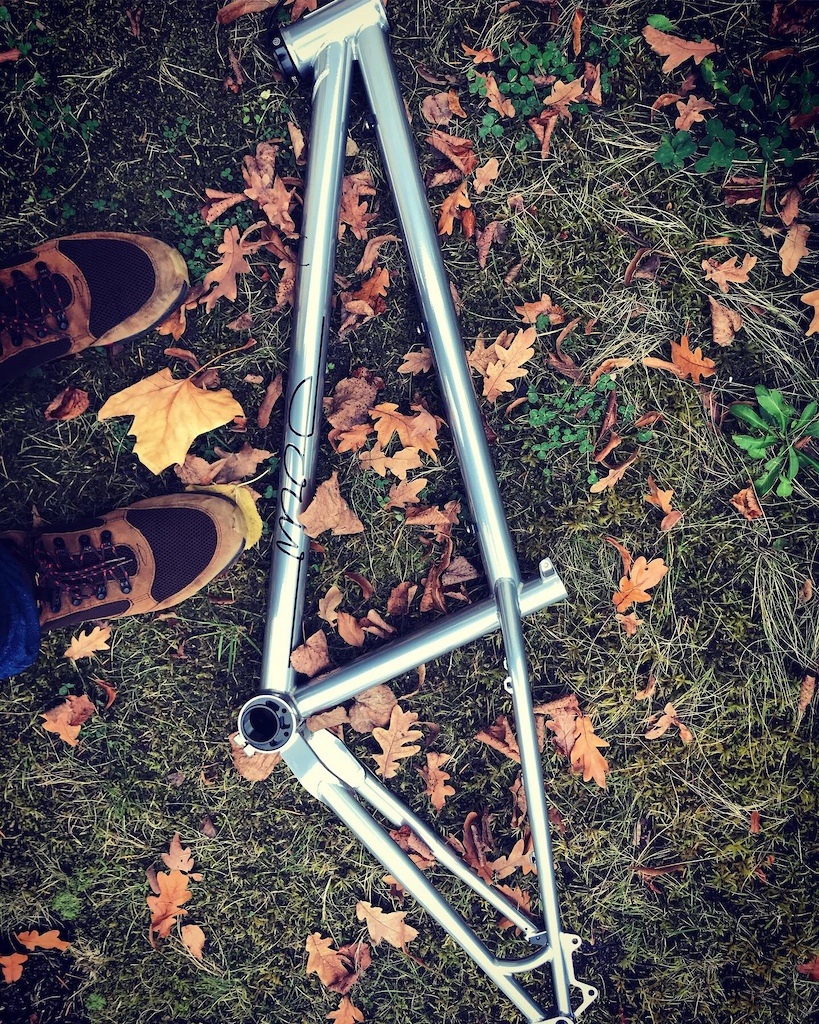 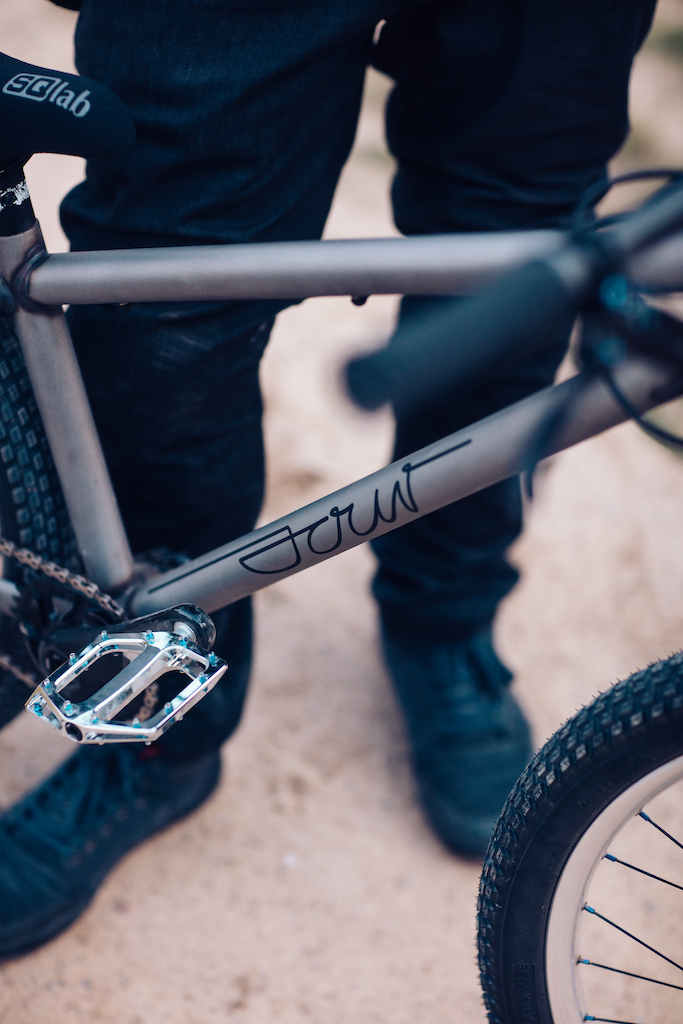 The Can Can Dirt Frame 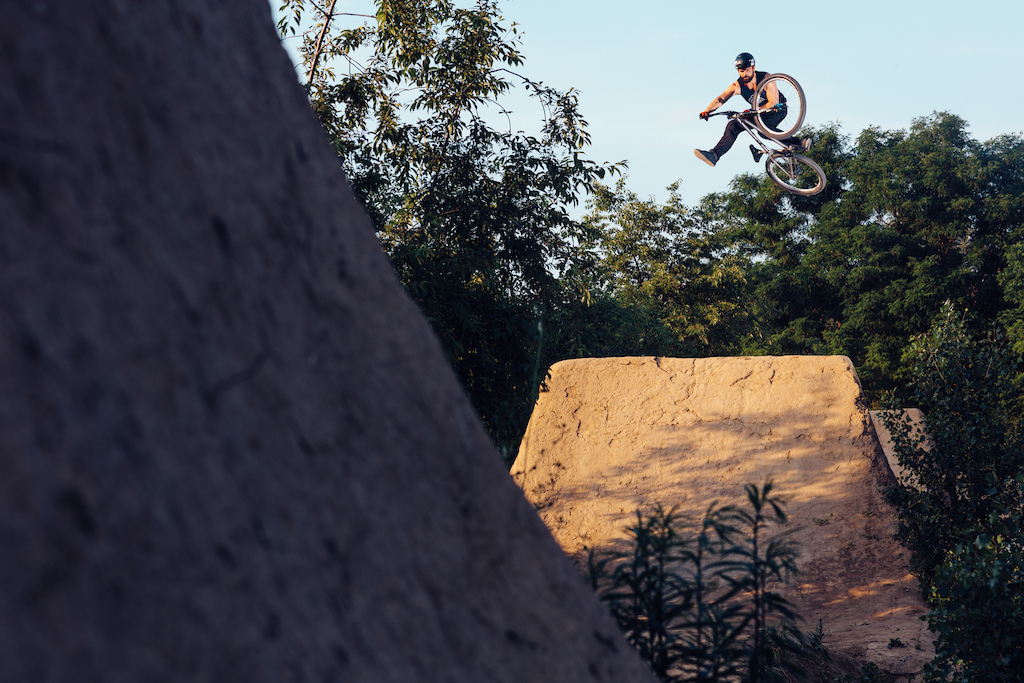 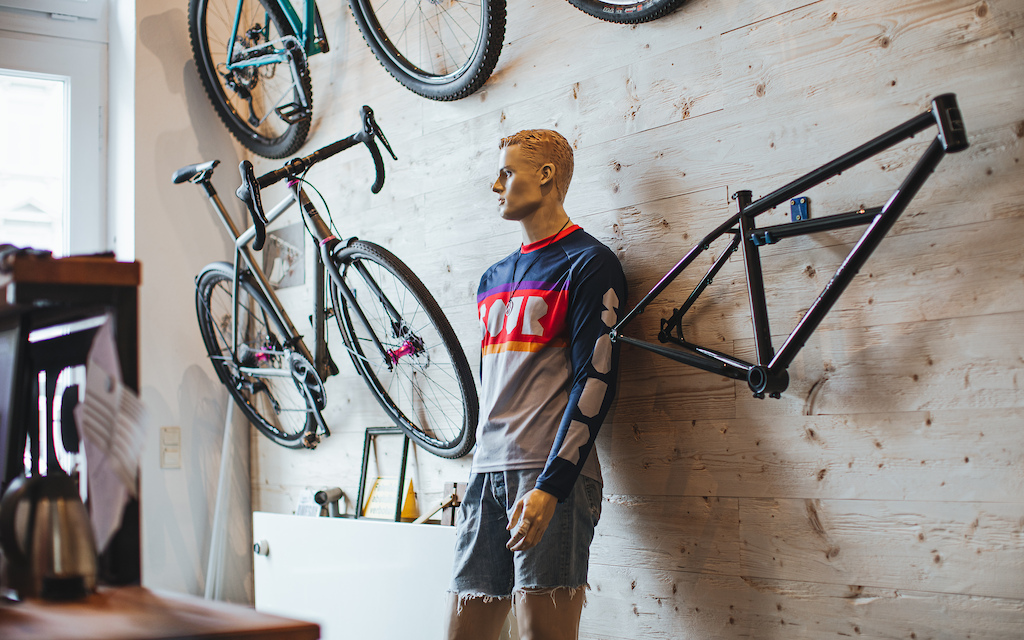 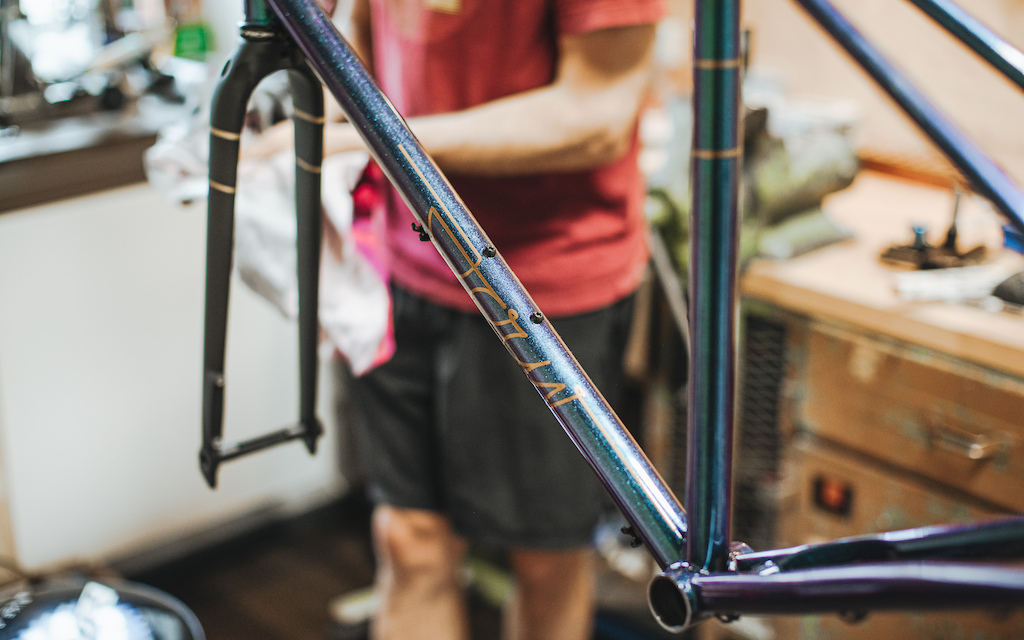 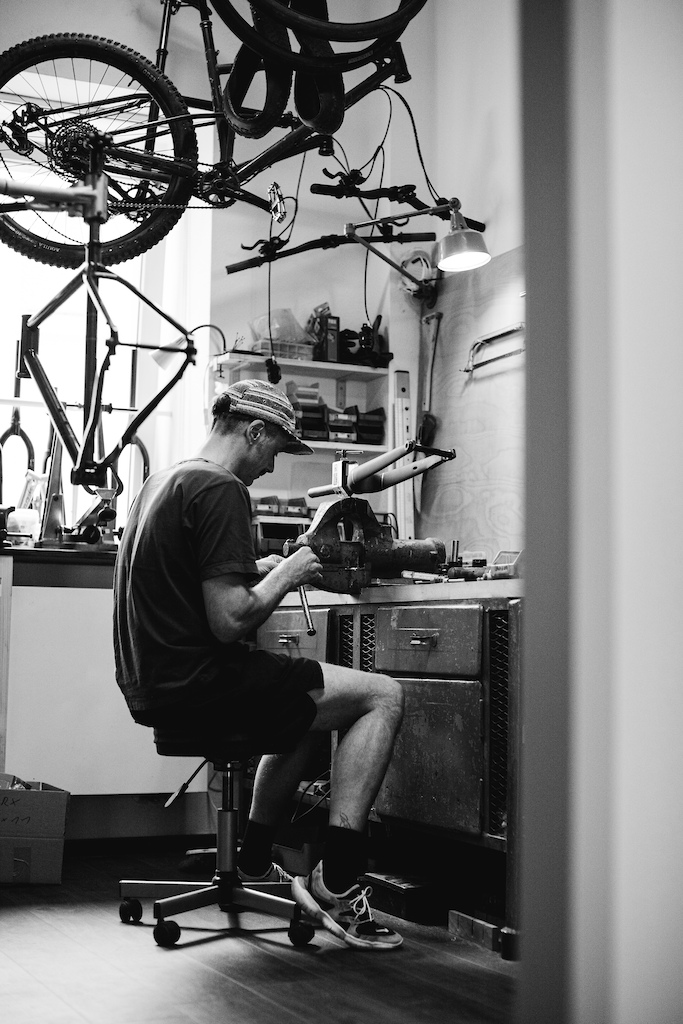 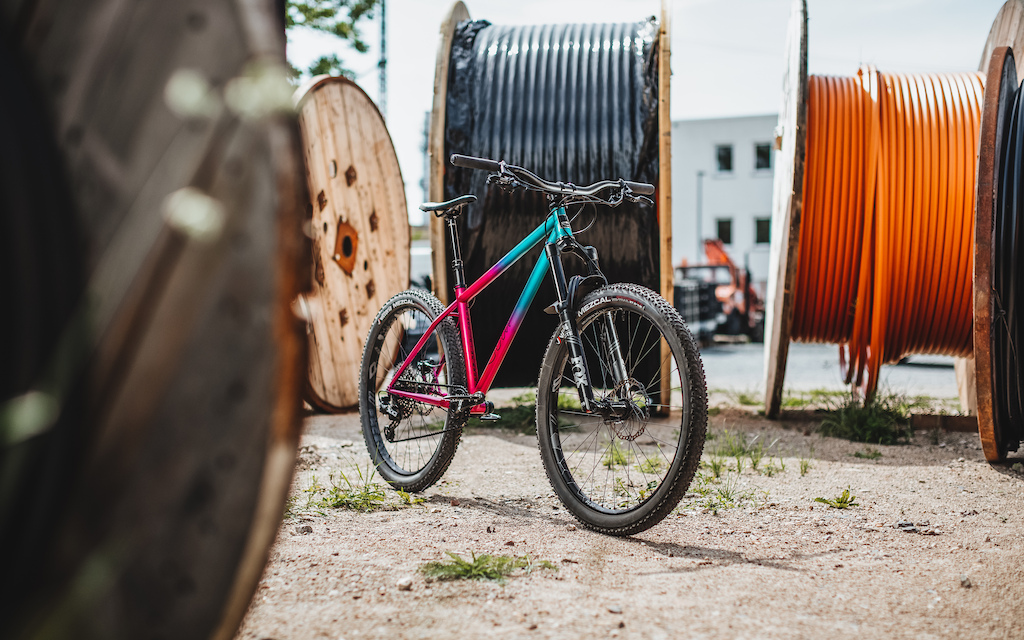 Sour's sustainable packaging
In May 2020, I bought the brand and the whole repertoire and took over all operations completely. From now on, Sour is managed and organized by riders. Which is totally sweet (my last name in German means sweet). 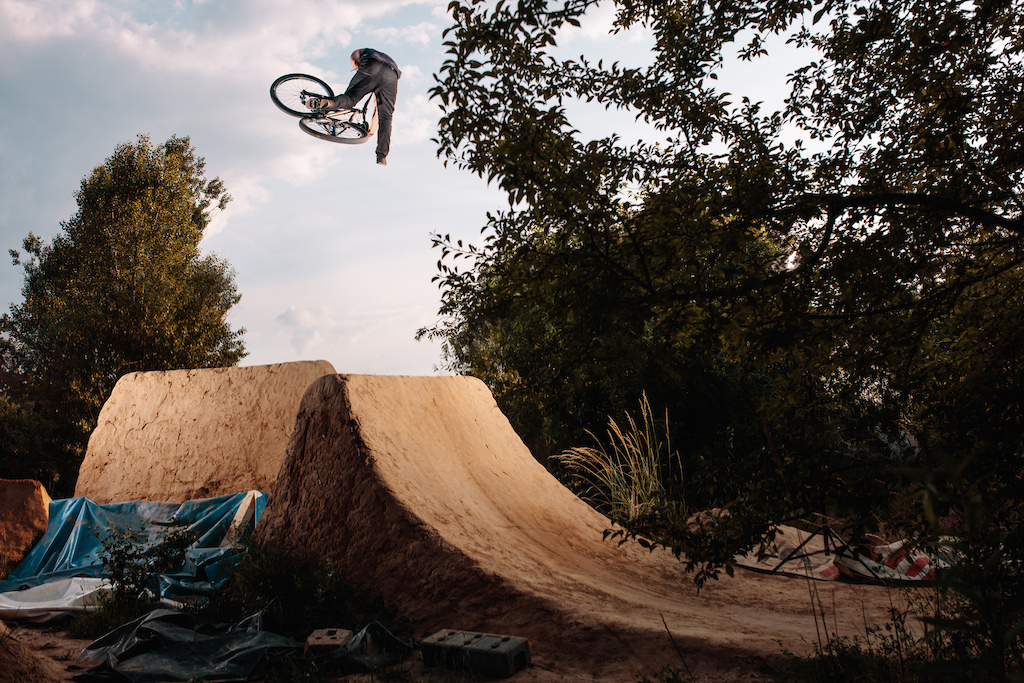 lukeb (Jan 7, 2021 at 4:26)
I've got one of Sour's gravel frames and it's really the business. They've been a great company to deal with too. I lust after one of the hardtails.

juanny (Jan 7, 2021 at 9:46)
absolutely, remember that time he gapped the last feature at crankworx 2004 and broke his foot! was bonkers!
www.youtube.com/watch?v=iWq81o3PA6E&ab_channel=AtmosfairClothing