Video: Tomas Slavik Speeds Through the Abandoned Streets of Prague in "Other World"

From game to reality and back. Biker and world champion Tomáš Slavík is the hero of an unusual video!

The historical center of Prague, Czech capital, and one of the best bikers in the world at incredible speed. He jumps down the stairs and it seems he is just trying to escape. The world champion and king of city street downhills, Tomas Slavik, can barely make it through the checkpoint and… Welcome to the Wave project, which combines the art of cycling with masterful digital effects. Of course, in the end, everything will turn out well. Slavik, the 33-year-old Czech rider who is dominating the cycling world, is virtually moved to a new level - on the JBC 4X Revelations track in Jablonec nad Nisou, where another adventure begins. And this is exactly what is characteristic for the organizer of the, now legendary, World Cup stop JBC 4X Revelations - he is unstoppable. He concentrates on himself and his performance no matter what happens around. 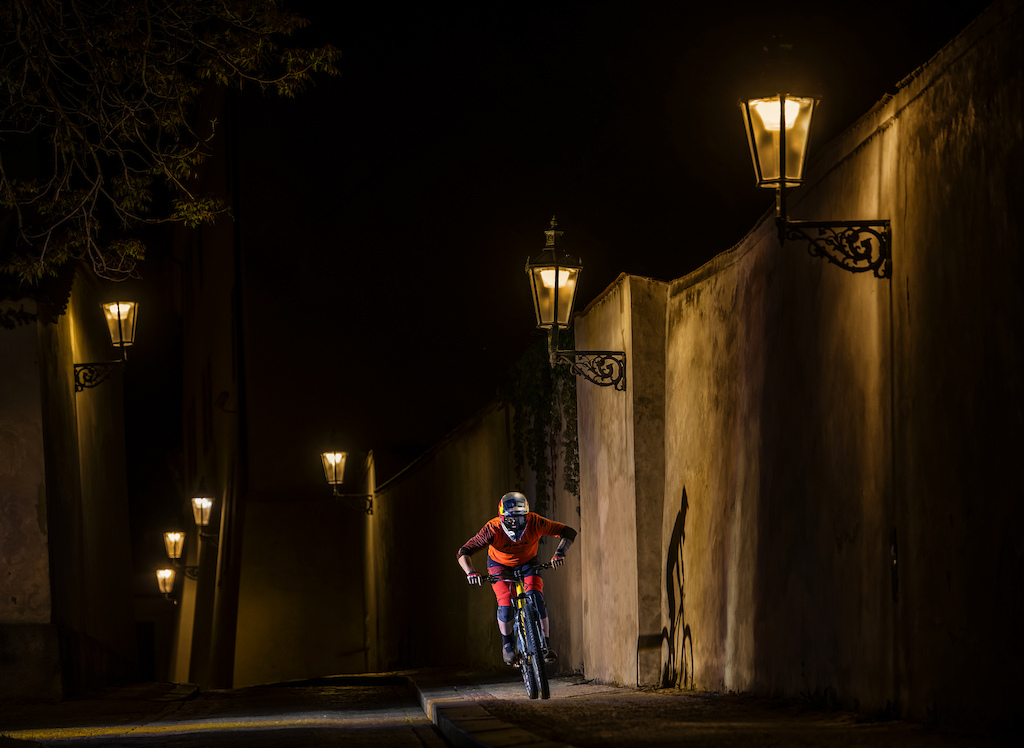 "I think every rider needs to have a special “fire” within to help him boost himself when it is hard to get out of the comfort zone. When I'm on a bike, all I care about is my ride, I am thriving to do the best. I am always hungry to ride, to perform. Every race is a game I try to complete and win. Regardless of what is happening around, " Passionately describes Slavik his attitude. 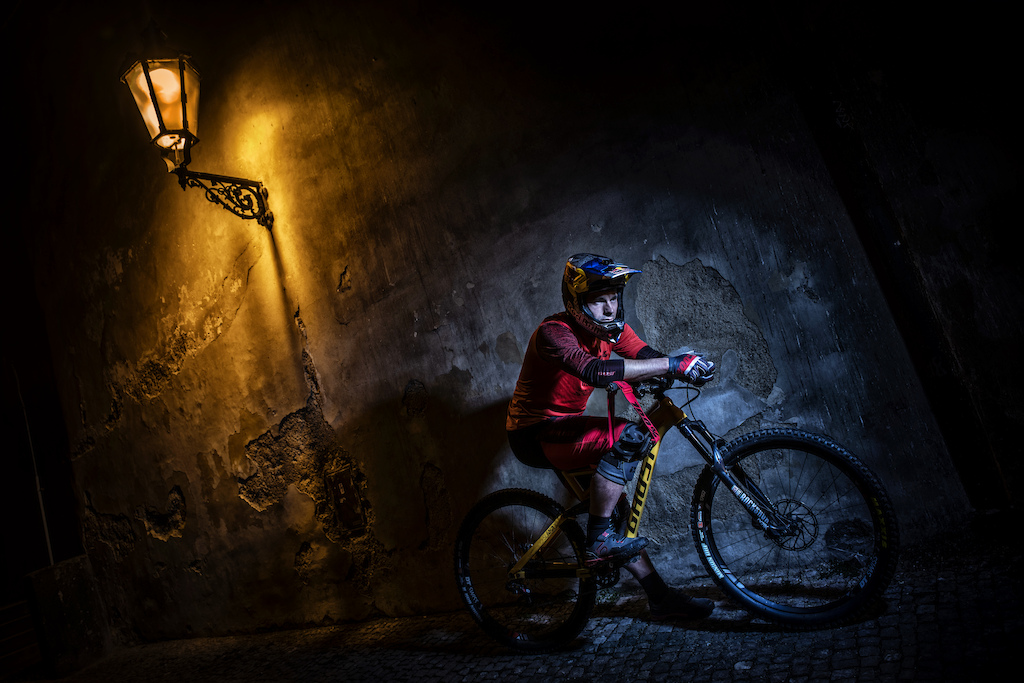 Thanks to his unique approach, in 2017 and 2018 he became the champion of one of the most demanding races in the world, the Red Bull Valparaíso Cerro Abajo. In this race, riders ride through the streets of the Chilean city - Valparaíso. They always have huge support of crowds of enthusiastic spectators all around the track. In South America city street downhills are incredibly popular. And Czech rider, who could not attack a "golden hattrick" due to an injury which happened in a finals of RBVCA last year, is the embodiment of a biker superstar for some local fans. 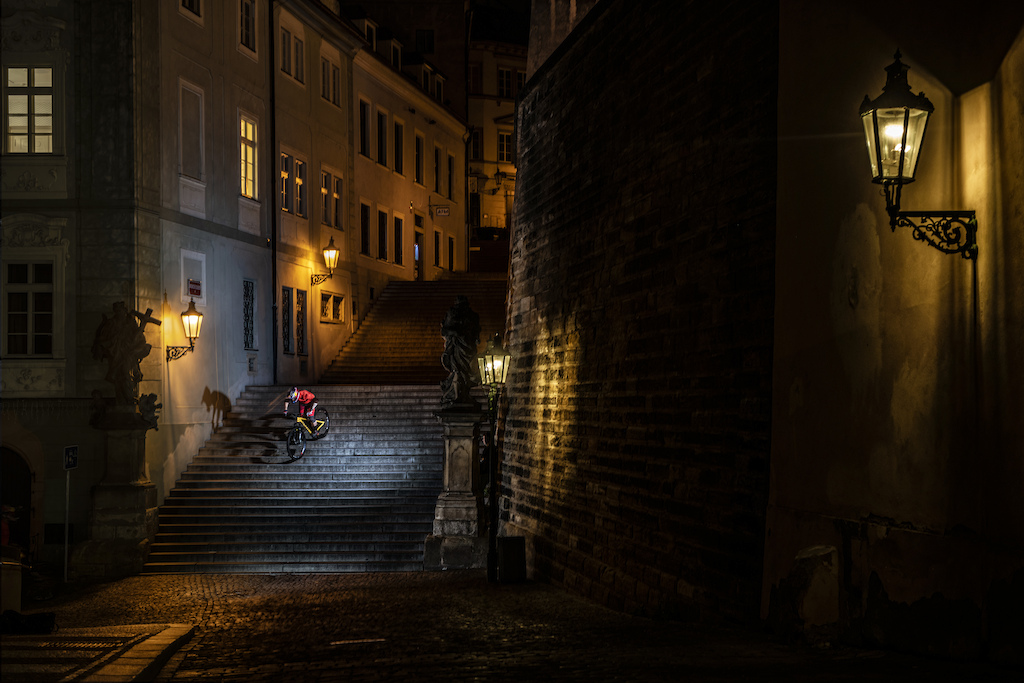 "City street downhills are my discipline and it has always been my dream to experience a downhill in the streets of old Prague. Surely shooting was not a race, but the opportunity to ride a bike under Prague Castle, Nerudovka, and other places were amazing, ” say's Slavik who was really excited to ride in the capital city." 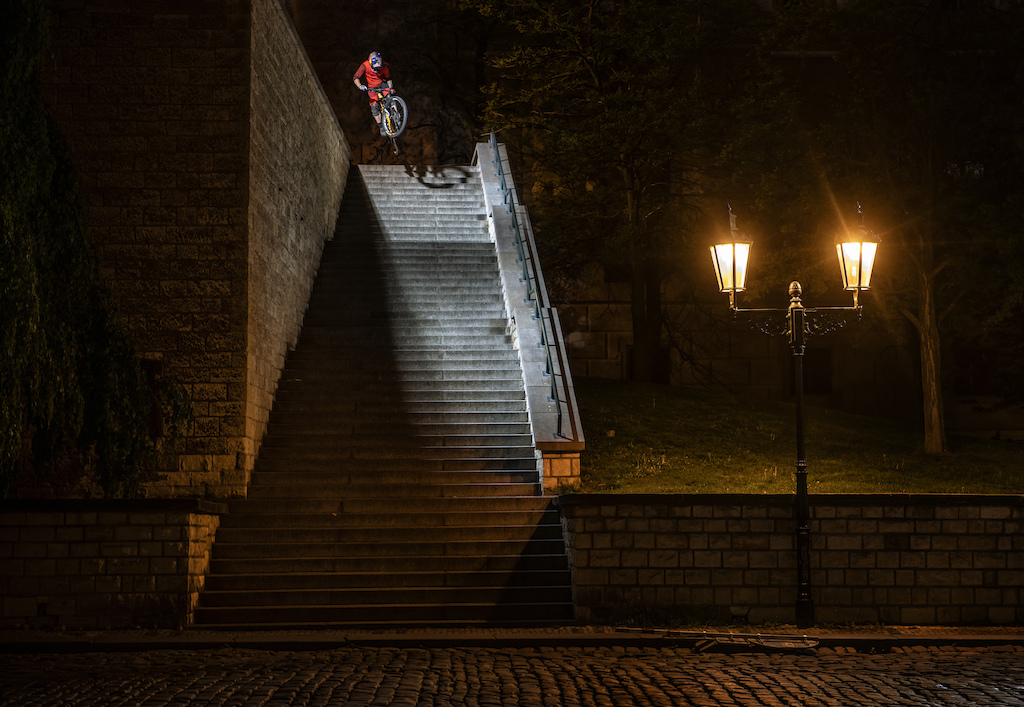 Video from “other world”
Despite years of experience, Slavik's performance in the Wave project was new and unconventional for him in many ways. As Slavik recalls: “Filming in Prague was really demanding. There were few technically difficult jumps and parts. As well we filmed at nighttime, and the GPS showed me that I had ride about thirty-five kilometers at full speed in one shooting night. I felt like I am not even able to make it home. ” 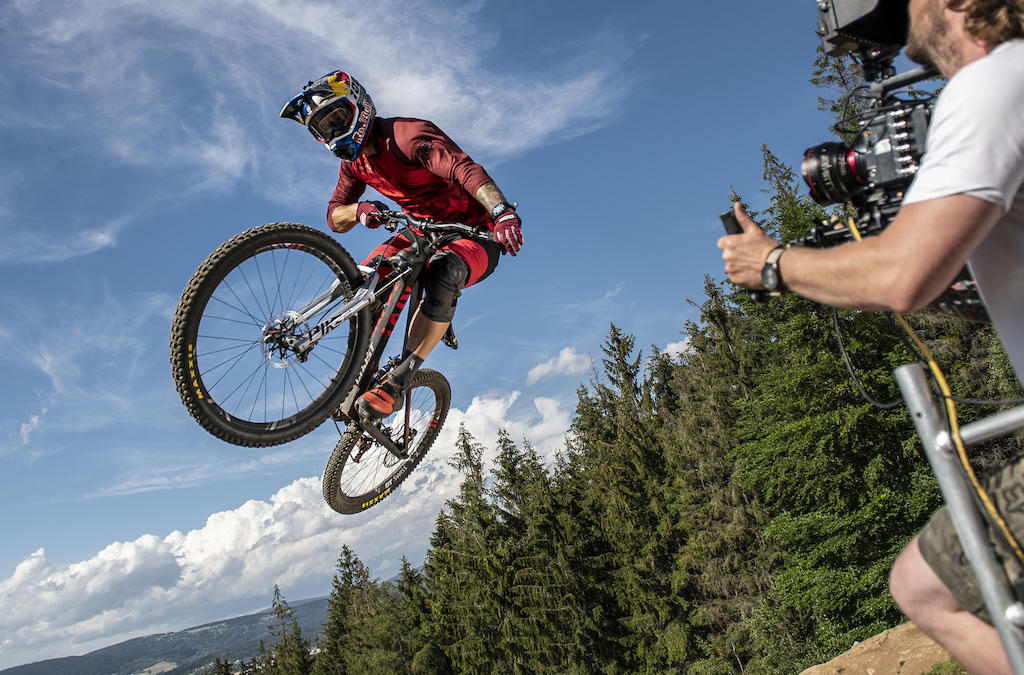 But the main protagonist certainly was not the only one who worked hard. Video is full of amazing sports moments, but the unique project is backed by an incredible amount of production work - three days of filming in Prague's streets from a special car with an extensive crew, several days in the Jablonec bike park, a lot of time in the studio and hardly incredible 1000 hours of post-production work for project creator Vitek Kratochvile. 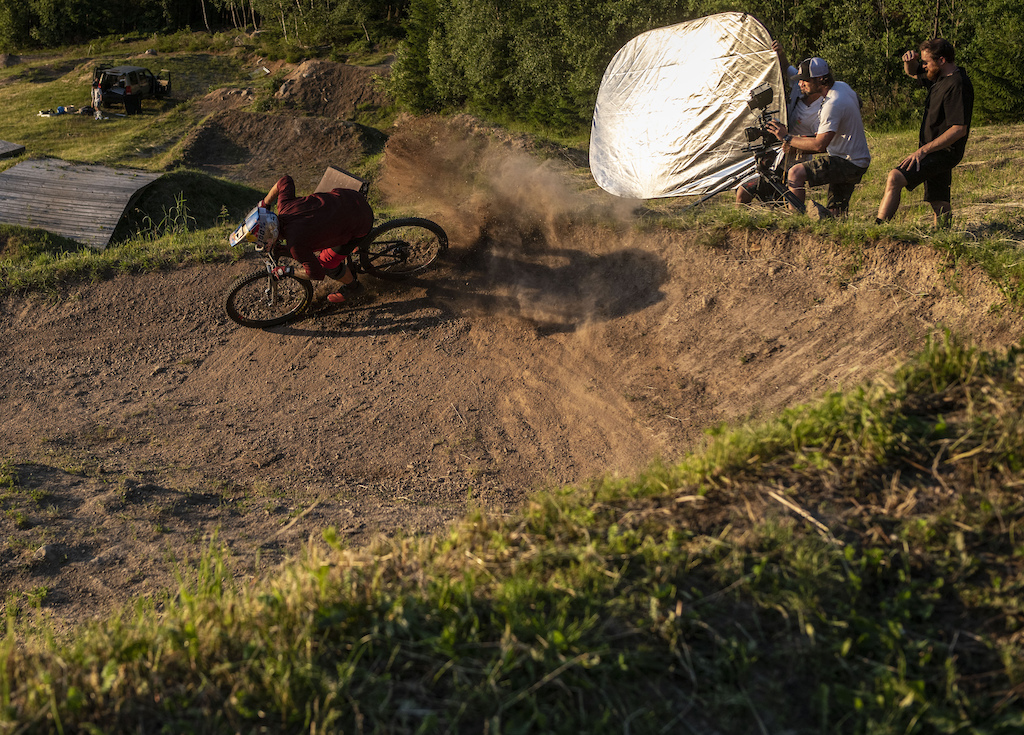 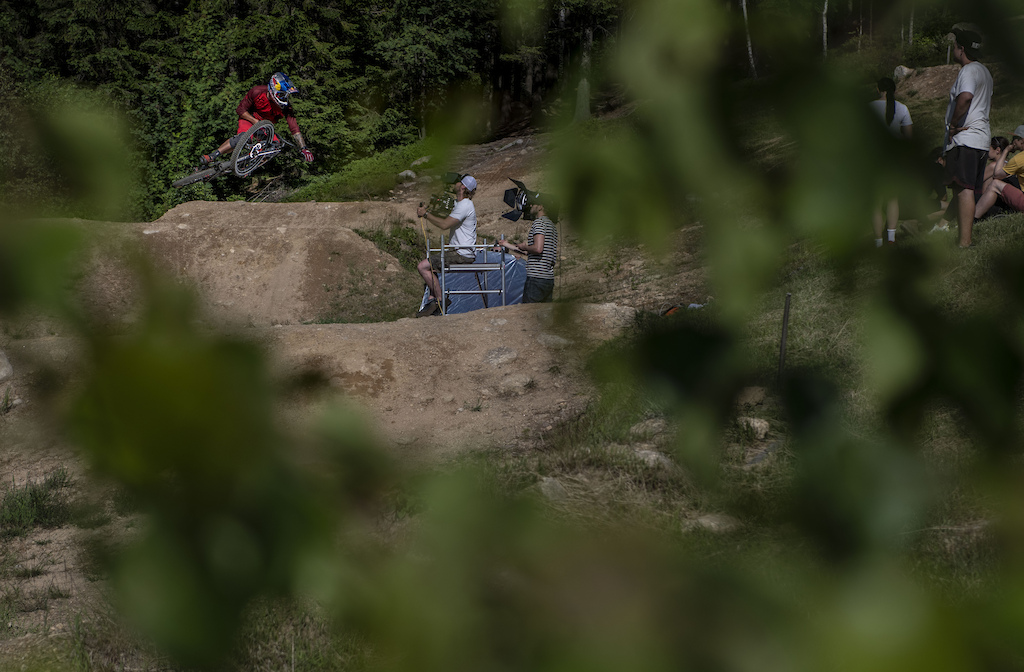 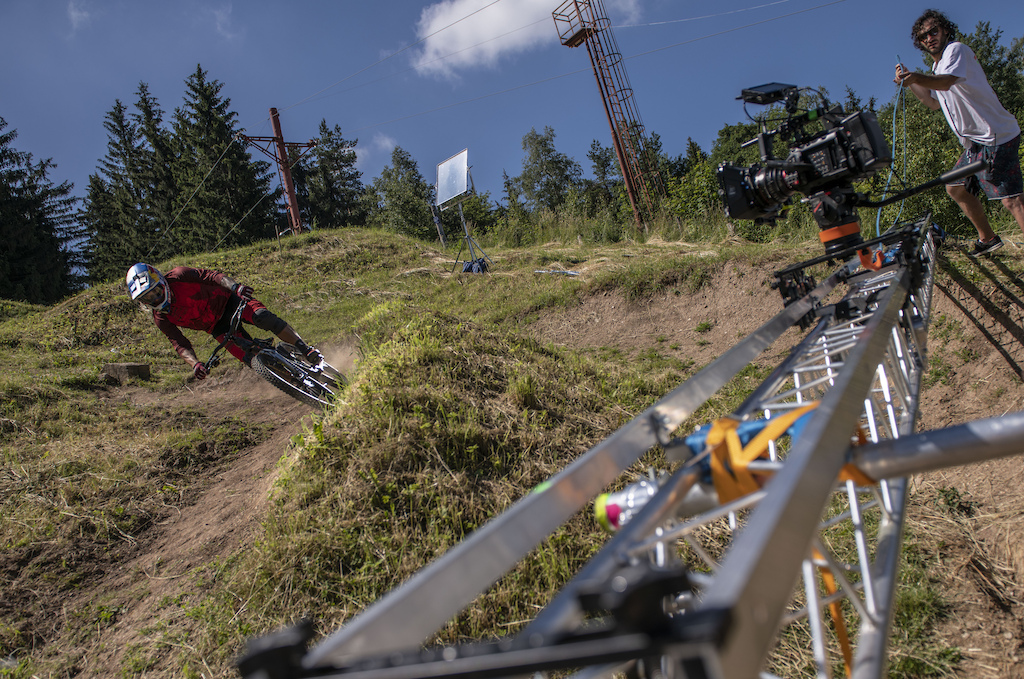 From the 8th of November, you can see the video and enjoy the combination of incredible shots and Slavik's biking art. Let the Wave take you, no matter what happens around you! To see the whole video visit www.redbull.cz/wave

Lokirides (Nov 10, 2020 at 9:35)
How to take a great rider and beautiful city and make a horrible video that showcases neither the rider's talent nor the city's atmosphere... It gave me a headache.

I'm with Lokirides - without the videogame CGI, this video would have been much, much better.

rockyjonny (Nov 10, 2020 at 8:21)
Love the effort. But I was really looking forward to seeing one of the most beautiful cities in the world not some computer graphics. The photos are beautiful!!!

feeblesmith (Nov 11, 2020 at 0:26)
There I was,midnigh buzzing of local beer with wind rushing in the ears and streetlights buzzing by as I manualed downhill the curving "bikepath" along Chotkova. Life was great!

What is that up ahead?

With two old ladies strolling in the runout!

Then things started warping like this video... I am probaby not alone in getting blindsided from that staircase before you hit Pod Broskou.

njparider (Nov 12, 2020 at 0:59)
IMy immediate thought of riding in an abandoned city was of Thanksgiving and Christmas here in the states. We would ride bmx all over while the town and roads were empty. Those were great days. This vid was something else. Can you guys do a low tech do over?

FilipStrapinadotCZ (Nov 10, 2020 at 9:28)
Good job with mapping and especialy with great sound engineering. I love how the sound is panned and on proper headphones its pure joy to listen and watch.

betsie (Nov 11, 2020 at 0:48)
I feel I have to watch this again, to see if it as bad the 2nd time around, but I just cant bring myself to waste more minutes. Gonna let you use lockdown as an excuse.

flipoffthemonkeys (Nov 10, 2020 at 9:29)
was that franz kafka's golem chasing him around in the old quarter? is SNOW BITCH closed for covid? yep, i've been to prague...beautiful city/not sure about the video. have another shot of absinthe

nukedchipp (Nov 10, 2020 at 8:24)
hmmmmmmm. Interesting shot of the chain being punished. No guide. Does anyone still use them?