Video: Urban Freeride and Trials on a City Bike in 'Always Late'

I am Andrea Maranelli, I am from Italy (Lake Garda) but I am currently living in Innsbruck (Austria). I have a trials-competition background but I am now focusing on riding trials on the mtb. However, in general, I love to create videos.

I am really happy to share with you my new video project: "Always late"! It is an unusual and innovative video because I have been using an old city bike to do proper trials.

The video idea came to my mind because I really wanted to create something which was as close to people as possibile. Thus, as everyone knows how a city bike works, I have bought a second-hand one for 60€, and I have only changed the brakes on it! I have to admit that using all the original components was damn scary, especially the "one bolt stem". 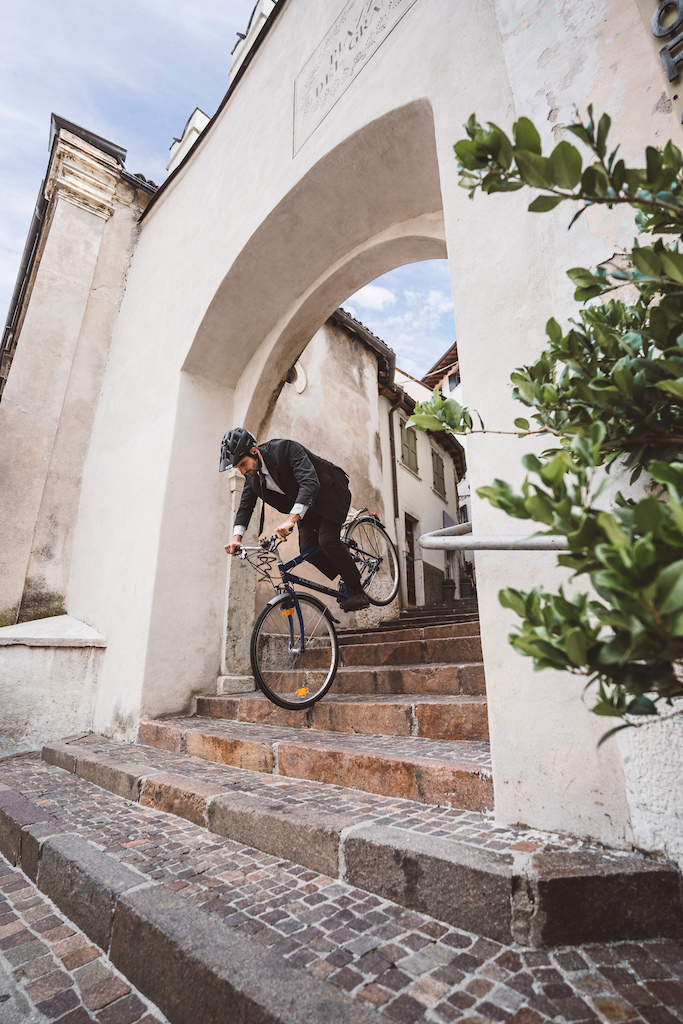 I was scared that it was going to break during every single jump, for real. However, In the end the bike actually held pretty well, except of the rear wheels: I have broken 12 of them! 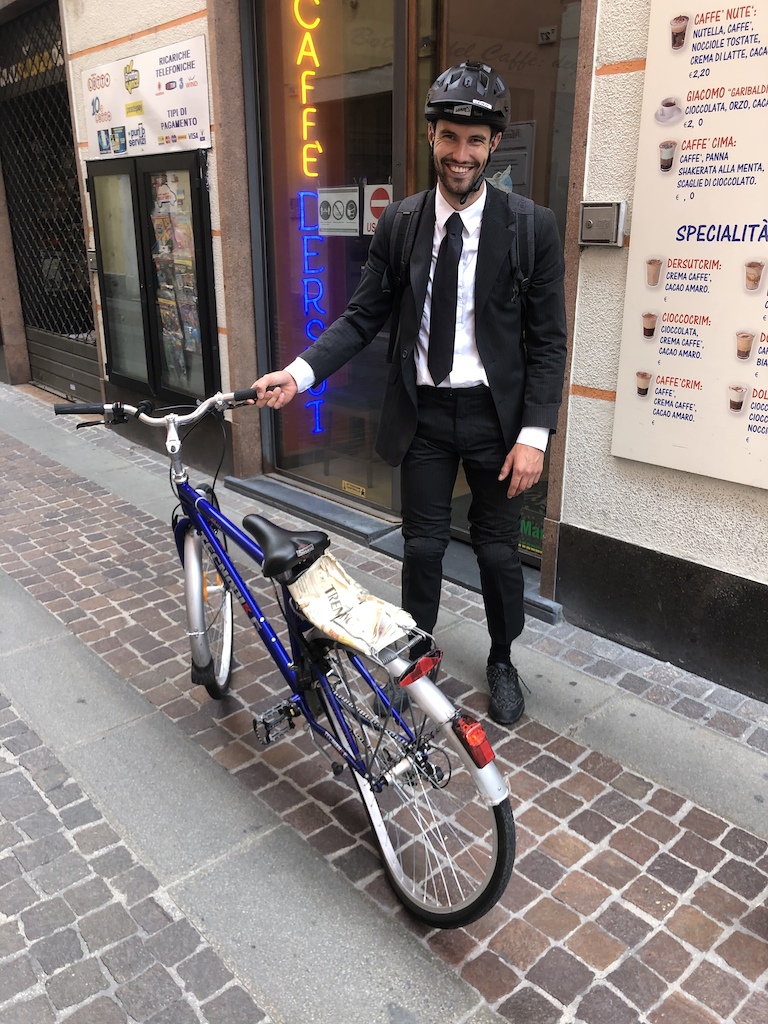 The bike check video will be out soon anyways!

The video was entirely filmed and edited by one single video maker, Enrico Andreis (@Enrikui) in Rovereto (Trentino). We have definitely struggled a lot to record the lines multiple times in order to get different camera angles. The whole project took us about 6 months, also because of the corona virus problem. I would like to thank him for his insane work and to thank my sponsors as well. Shout out to Leatt, Sick Series, GoPro and Athena.

I'm excited to know what you think about it, hoping you like it!

YoungPineapple (Aug 17, 2020 at 7:20)
That was entertaining. Also, your city Trentino seems to be beautiful. Would visit. Cheers

rarerider (Aug 17, 2020 at 8:49)
@YoungPineapple: Trentino is the region (Bundesland), the town is Rovereto. Come to think of it, I passed by that place so many times on the turnoff to Lago di Garda and never checked it out

...in the next one, bin the Redbull and boost with few "ristretto"!

Thanks a lot Andrea!

OhrhO (Aug 17, 2020 at 9:22)
He totally kills the big bikes' business, and he might lead me to some dubious line choices on my daily commute which in turn might end up benefitting my LBS ;O)

ryys Plus (Aug 17, 2020 at 7:39)
Hmm, this reminds me of someone from a couple of years back, not sure who... Similar bike, similar riding style, similar music... oh and that can with branding not present on the helmet, yet

homerjm (Aug 19, 2020 at 13:33)
City bikes are best bikes!I used to ride a 1950 bike with modern wheelset and short stem/Renthal bars. It was really fun to ride,it was scary quick hahahaha. I give it to a good friend and it is still going strong despite a few crashes and 2 destroyed rear wheels (don´t ride so high plz kids).
Love the video!!!

drunknride (Aug 17, 2020 at 13:57)
Almost stopped watching at the gratuitous hairy Italian ass but it got better! (the video, not the ass)

Andrewcycleaddictstaton (Aug 17, 2020 at 7:28)
fantastic riding. not the most direct route, but certainly the most creative.

Oh and yes, that is actually how you get trained for a job in Europe. ????

CSharp (Aug 17, 2020 at 15:39)
Hahaha, I was just wondering how many wheels he had to replace for each take. Nice work with the Cantilever Brakes!