by fraktiv
Views: 14,059    Faves: 58    Comments: 0
The initial idea of the pump park came straight from the Sils im Domlescheg town council, who also funded it, together with private sponsors and contracted Velosolutions to design and build the park. Situated right in front of the school in Sils i.D., the park is principally for the use of the students but also for riders from further afield. 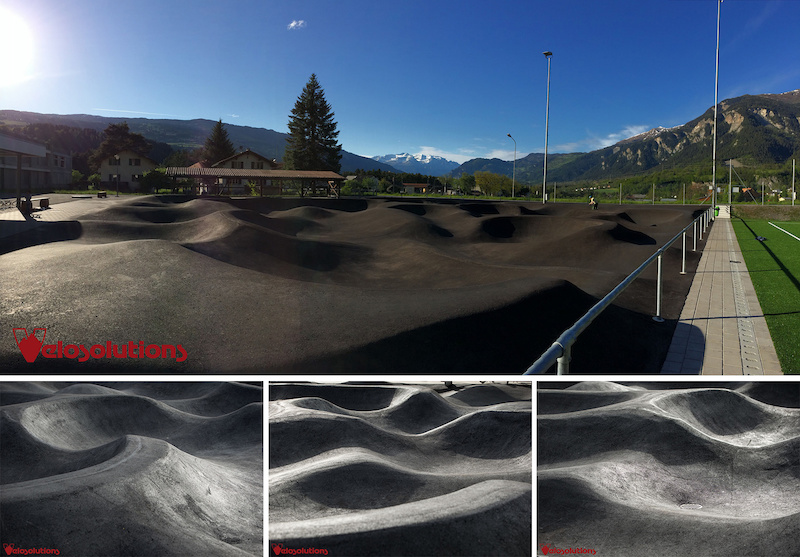 The Velosolutions Sils Pump Park is a study is function and design, and rides pretty sweet too!

To allow for year-long use in any weather condition, the park has been laid using asphalt, and this hard-wearing surface means it can be used not only by mountain bikes, but also by inline skaters and skateboarders. The fully covered asphalt surface provides manifold possibilities and enough grip for the craziest line choices and tricks. The park is also underpinned by an efficient drainage system, which leaves no puddles on the track, and dries extremely quickly - as we saw ourselves during the shoot - within minutes of heavy rain.

Come rain or shine, the park is grippy and drains so fast you won't believe it.

As Sils gets really cold temperatures during winter, the park's managers are going to consider spraying the surface with water when it's cold, to allow it to be used with ice skates!

The pros were out, as was most of the town, for the inauguration of the new park.

The park was officially opened recently and geebeebee media was there to capture the action. It was great to see so many riders of all ages and on bikes of all sizes having a go once the professionals - Adrien Loron, Timo Pritzel, Xavier 'Sherwy' Pasamonte, Benoit Chauvet, Oscar Medina, Alex Teschner, Sandro Schmid and Swatch Pro-team inline rider Kilian Braun - had showed everyone the endless possibilities of lines, gaps and tricks. 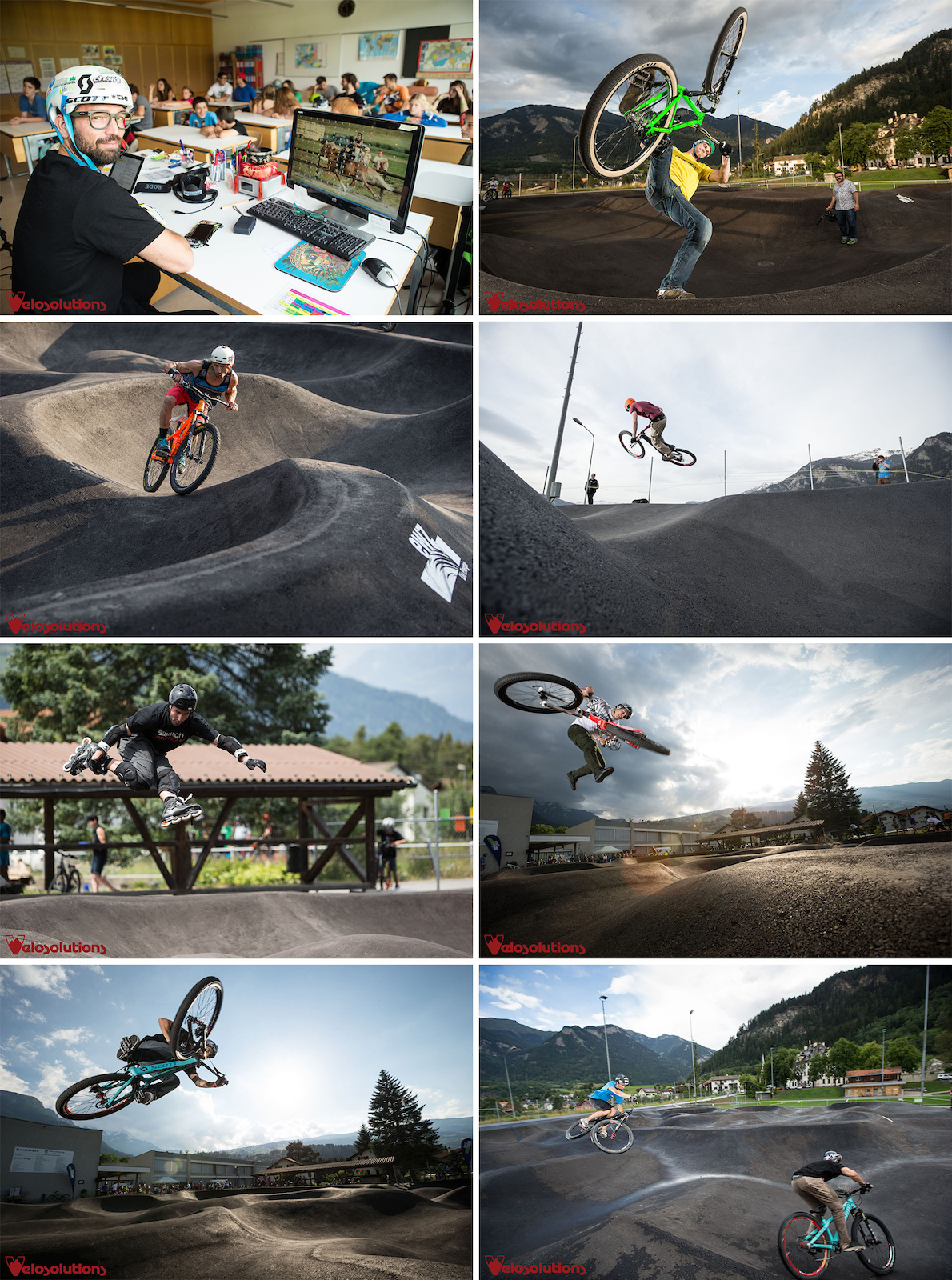 It might be small, but with so many options, you could ride all day and still find new lines.
The Sils i.D. Pump Park is open and free to ride for anybody until 10pm every day, and if you're lucky, you might even find it lit up at night!

gerhards (Jul 16, 2014 at 22:15)
What about more pump tracks and more soccer fields and more downhill trails and more pools and more climbing walls and more skate parks and LESS antisocial kids on their Playstations?

oldmanDan (Jul 16, 2014 at 5:59)
A few years ago my local council gave me funding to make a pump track by a school after approaching them with the idea. It was a success and the kids helped with the digging, but their enthusiasm only lasted about a year or so as the council refused to fund any maintenance for the area. This seems to be the problem in the UK, they give the go ahead but expect it to last forever without spending any more money.
It is still there, and still ridden but the council won't give permission to modify or expand it, even if I could raise the cash for the build.
If only I had the space and money to do this....


Maybe I should show them this video!

RedBurn (Jul 16, 2014 at 6:29)
How much does it cost? My parents asked me what I wanted for my birthday and I really had nô idea. We got a pretty big garden this would comme perfectly, between the pool and de tennis !

fraktiv Plus (Jul 16, 2014 at 6:32)
Contact Claudio and his team at www.velosolutions.ch. They've built lots of pumptracks from small to very large, so you never know...

taffgriff69 (Jul 16, 2014 at 13:33)
It would suck ass going down hard on asphalt. I wonder if building a pump park like that one but made out of the tuff rubber stuff they use in modern play parks would be better. Just an idea. Safer for the more inexperienced kids riding it. Plus us older fellas don't bounce so well when we go down hard

tannerd (Jul 16, 2014 at 6:46)
Sick! But spraying it down with water and trying to let ice skates do it in the winter seems like a really bad idea ha.

Theblackrider (Jul 16, 2014 at 7:41)
I'm 16 yo,but i agree to come back to primary school and do my study once again just to have the hapiness of riding a pumptrack during recess and after the school!