Video: Window Shopping for a Dream Bike in 'Some Things Never Change' Ep. 1

We've all been there in one way or another, heart beating, blushing wide-eyed at the most wonderful thing we've ever laid eyes on... only to realize they're totally out of our league and above our pay grade... But hey, where there's dares, dating advice, and dodgy endeavors, there's a way!  Challenge accepted!

Because it's not what's in the window, it's what it represents... our ticket to a world that's bigger, badder, and a hell of a lot radder.   So here's to getting weird, getting in trouble, and getting away, all in the name of chasing a dream. 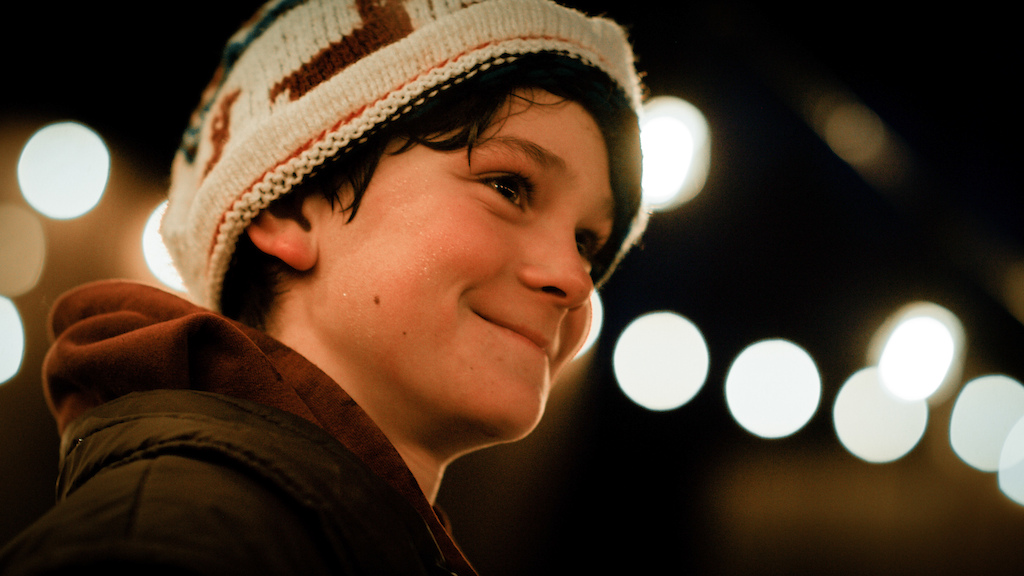 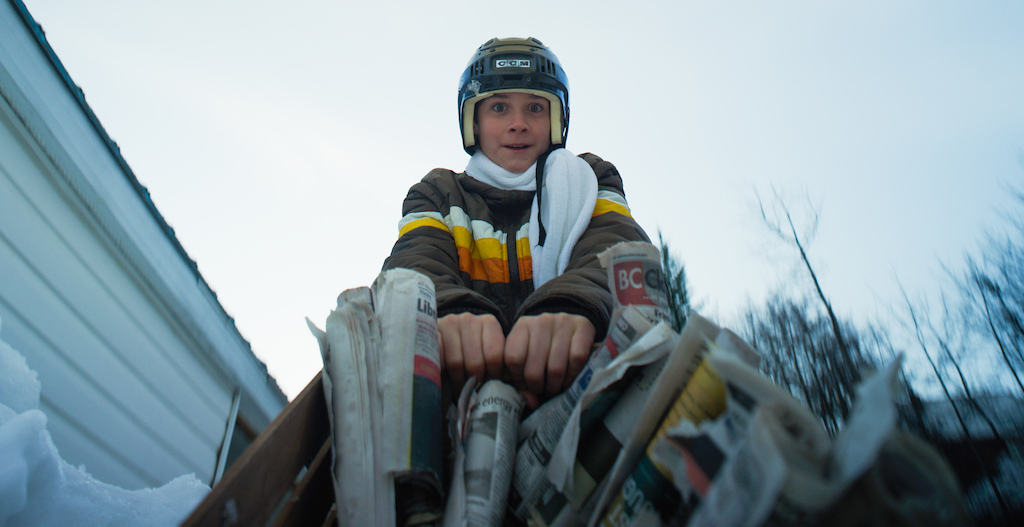 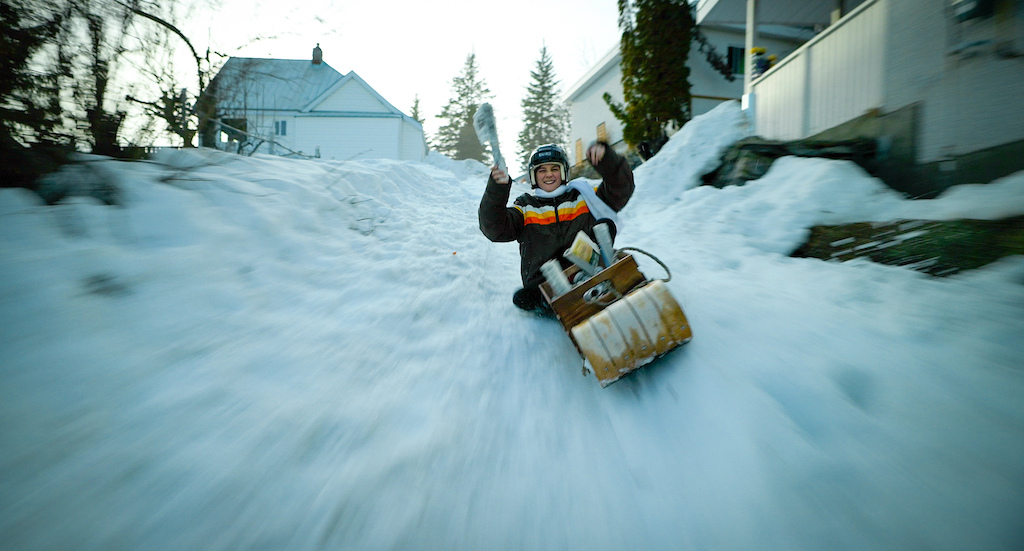 The tactics may have been sketchy... 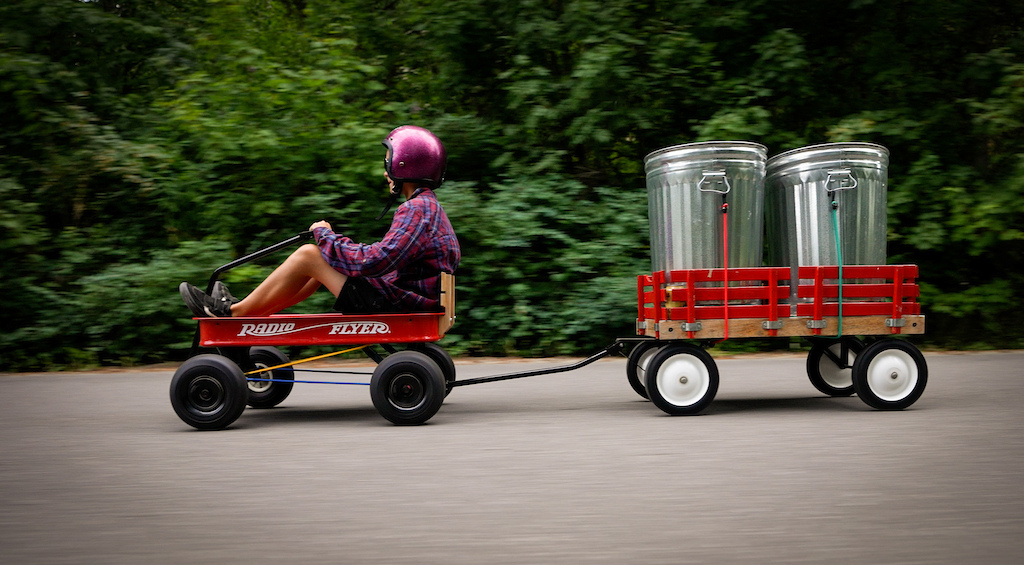 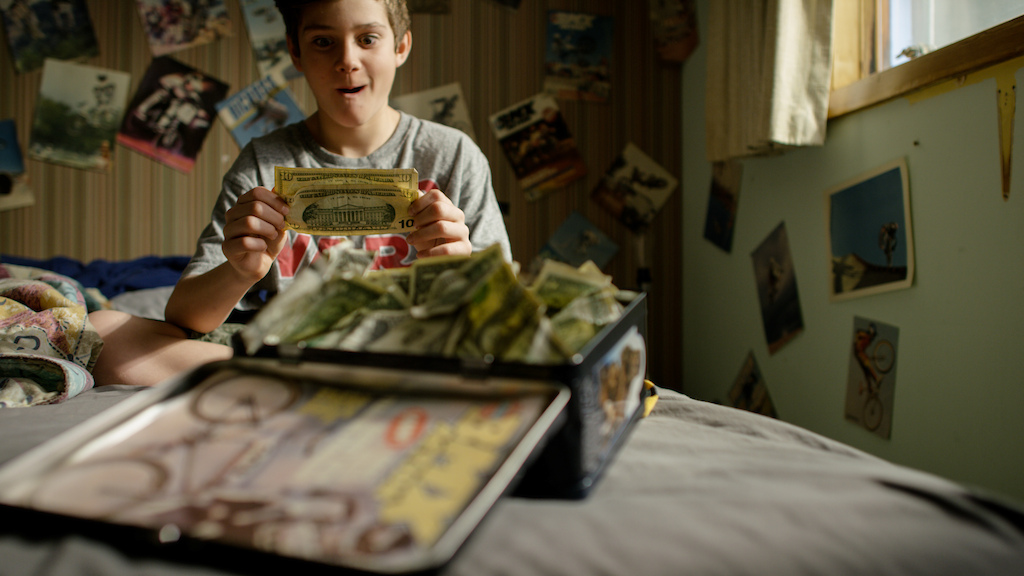 And it got a little weird... 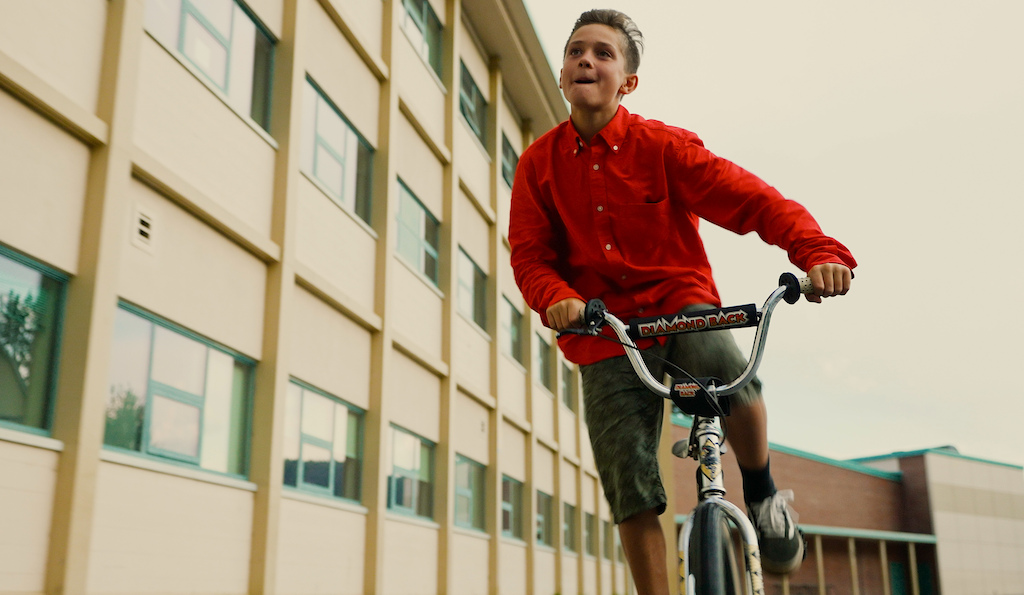 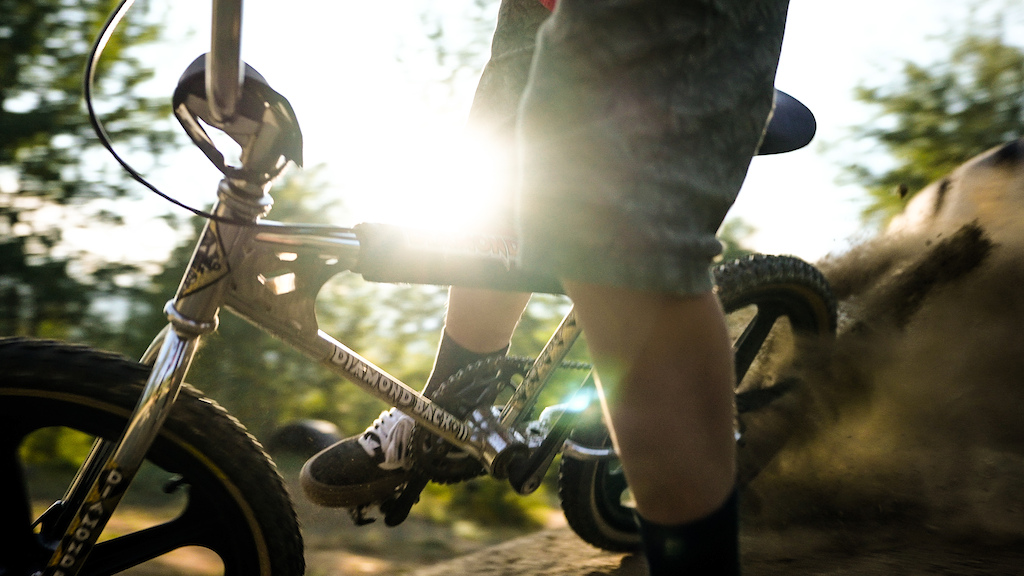 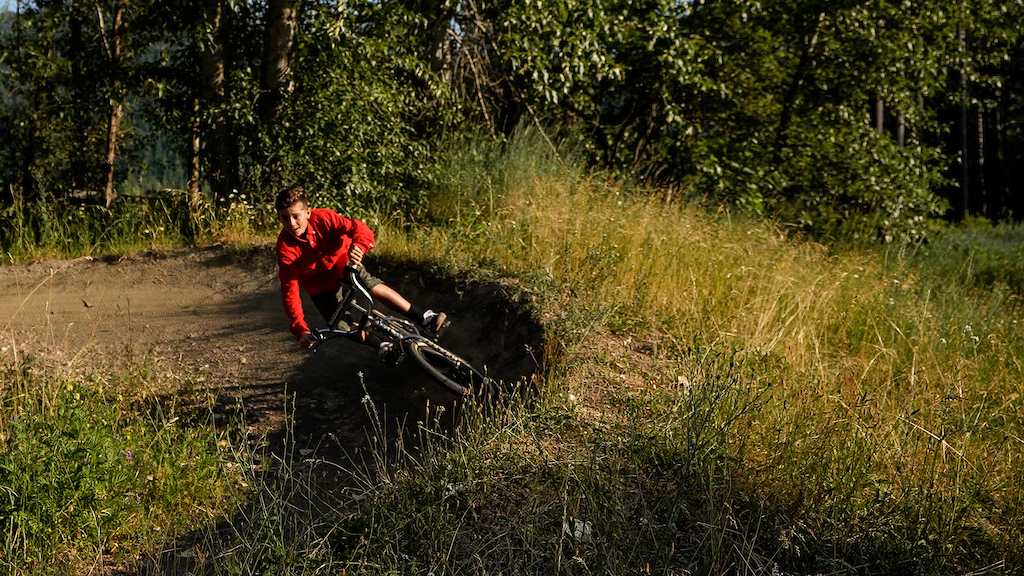 But some things never change... 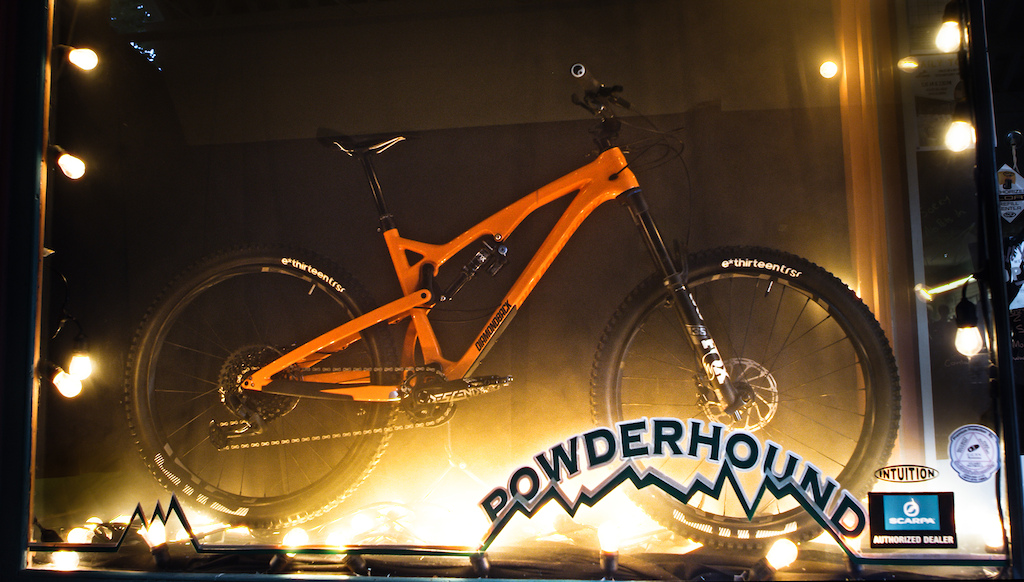 Window Shopper is the first installment of the new "Some Things Never Change" Series.

Special Thanks to Steve Nox and Derek for the use of their houses, Vicky and Bryan of
“Powderhound” for staying up late and letting Mike occupy the storefront window and being all
around gems, Gabe Wolfe, Gene and Zhenya for a letting random stranger (Mike) drive off your
vehicles (gotta love small town’s), Norm Hopkins for supplying electric vehicles of every variety
needed to make these shots happen, and Traharn Chidley, Illi, and Luna for supporting your Dad
and letting him turn the house upside down with props, wardrobe, and everything else.

Nervozza (Dec 3, 2021 at 2:46)
I still remember the day i saved up and bought a Metallic blue ROG bmx with yellow grips and saddle from my neighbour , he sold his bmx because he was saving for 50cc automatic motorcycle .

Tcolbert (Dec 3, 2021 at 7:27)
Thank you Mike Hopkins and DB. You guys put out magic. For me it was mowing yards and shoveling snow to get that elusive Raleigh Reynolds's 531 circa 1978!! the poster's, the magazine cut out pages, What days indeed!!

nurseben (Dec 3, 2021 at 21:01)
Do you remember the 76’ Redline with the square tube chainstays? That thing was awesome, I traded my 78’ Redline for one plus cash. Back then the place to be was Cakabasas Park, back in the creek, table tops and 360’s!

taskmgr (Dec 3, 2021 at 0:49)
I had a chrome diamondback BMX with yellow 5 spoke wheels. Man it was sick. I'd take that BMX over a new diamondback MTB anyday

BikesNRussets (Dec 3, 2021 at 8:13)
Arguably that’s better, you can’t get brainwashed into forced depreciation, it’s about the rider not the bike. Note that I would not buy a diamond back, I just think people focus on having the latest and greatest bike tech to cover up that they can’t ride well.

mikedk (Dec 3, 2021 at 7:54)
For me those days were the early to mid-80’s during the BMX boom too. So many awesome bikes. Gangs of kids building and riding make shift tracks down by the river in our little southwestern Ontario farm town. We used old barrels to shape rollers and jumps against, berms at the river bank that if missed, landed you in the drink. Such good times.

padirt (Dec 3, 2021 at 3:25)
Next ad: synchrony and klarna allow lazy people to purchase dream bikes in 2 mins if the internet is up

(Anyone else hear that tagline at the end?)

tommyriddle (Dec 3, 2021 at 9:03)
Diamond Back had a distribution center in my town when I was a kid. Our bike gang used to jump the fence and dumpster dive in their trash. Needless to say there were a few kids around that were sponsored by that dumpster!

FatTonyNJ (Dec 3, 2021 at 9:13)
1981-1982ish.... Redline Proline II, in blue with all of the gold parts, in the window of Bay Ridge Bicycle World in Brooklyn, NY. I wanted it so bad, and got if for Christmas. It was so new that when the big kids in Dyker Golf course thought to vic it from me, they didn't think it was real, and stole my homies Mongoose instead.

Bikes have come a long way in forty years.

Squale183 (Dec 5, 2021 at 9:10)
The story was similar for me except it was the best looking color blue paint imaginable to an 11 year old. She was a sparklyJMC Racing frame and fork that I spent all my summer lawn mowing money on. (saved up for just in case I had to pay for summer school) Except mine was bought off the local rich kid in the neighborhood since he was letting it go once he saw the new RRS bike. Great memories!

wolfe1027 (Dec 3, 2021 at 5:38)
Man I worked and saved, and worked some more... Just to watch the local bully that noone liked ride off into the sunset with the bike that should have been mine after his parents baught it.

kfccoleslaw (Dec 3, 2021 at 9:33)
Man, this hit me right in the feels. I raked leaves, mowed lawns, and shoveled snow to save up for my Specialized Fatboy! Fantastic filmmaking all around.

galliwasp (Dec 3, 2021 at 8:10)
In the comments on the latest Orange, someone equated the Diamondback to a Pontiac.

microwaveric (Dec 3, 2021 at 5:23)
@diamondbackusa You might want to go review your use of apostrophes in the article... academicguides.waldenu.edu/writingcenter/punctuation/apostrophes

DPGriffin (Dec 3, 2021 at 20:58)
Is a single misused apostrophe in the acknowledgements that almost no one reads really deserving of a snarky comment like this? There are far better and far less condescending ways to correct a small error like that.