Video: Yoann Barelli & Steve Vanderhoek Send the Gnarliest Features of the Sea to Sky in One Day


"I had this idea for quite some time already, sending all the gnarliest and some of the most iconic features of the Sea to Sky corridor, in one day, from Pemberton to Vancouver for a new and burly episode of Into The Gnar!

This place has some of the most insane lines in the world, some are pretty new and some other are 10 to 15 years old, still holding, still waiting to be send. For this project I needed a team mate, someone who can go by feel, someone who can do one or two run ins at the most, and send it, safely, just one time, and moving on to the next one, for a full day. 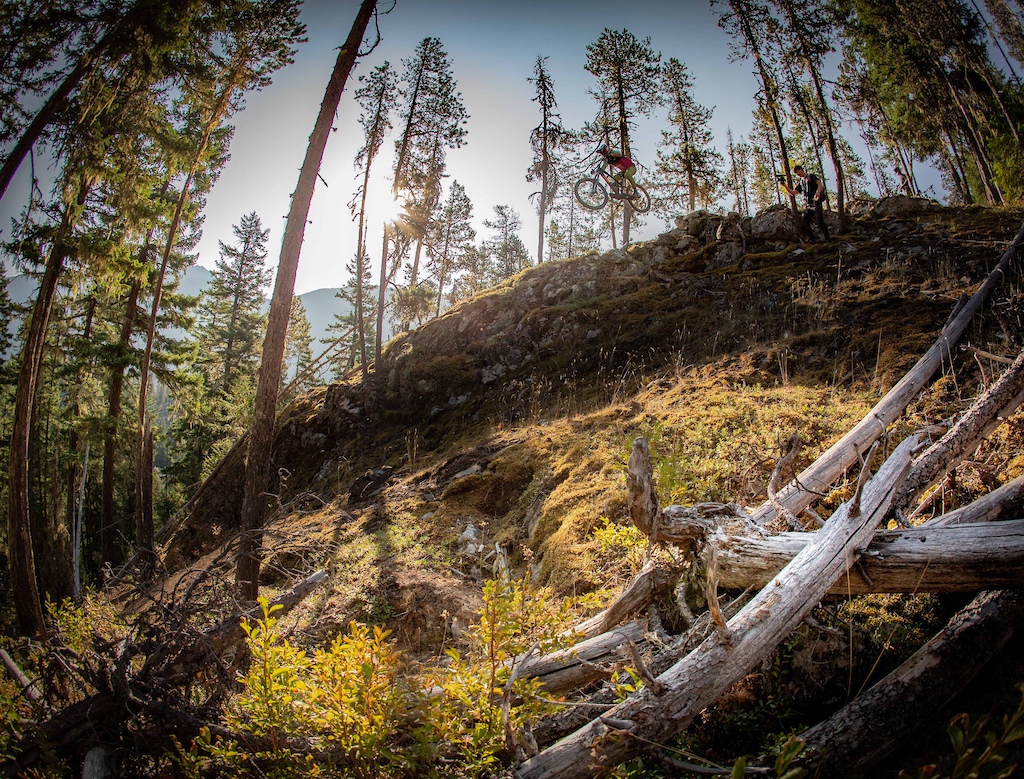 Steve Vanderhoek is the most raw talented rider I know, he sends it hard, he goes with feel and is a pretty good time, when I called told him about the idea, he said yes right away.

Couple weeks ago all the stars aligned. Steve, Kelsey (Steve's fiancé and videographer), Alex (young and talented shredder videographer), Travis (NF boss and photographer) and I were free for a full day at the same time. The project was going to happen!!!

I had no idea it was going to be that hard, mentally and physically, it was 30 degrees, super dry and loose, the conditions were pretty sketchy!! Finishing the day with Steve's line and the top part that I've never ridden before was one of the most committing moves I've ever had to do. I was drained, and this thing is beyond crazy... After that, everything seemed easy. I simply can't wait for our next project." 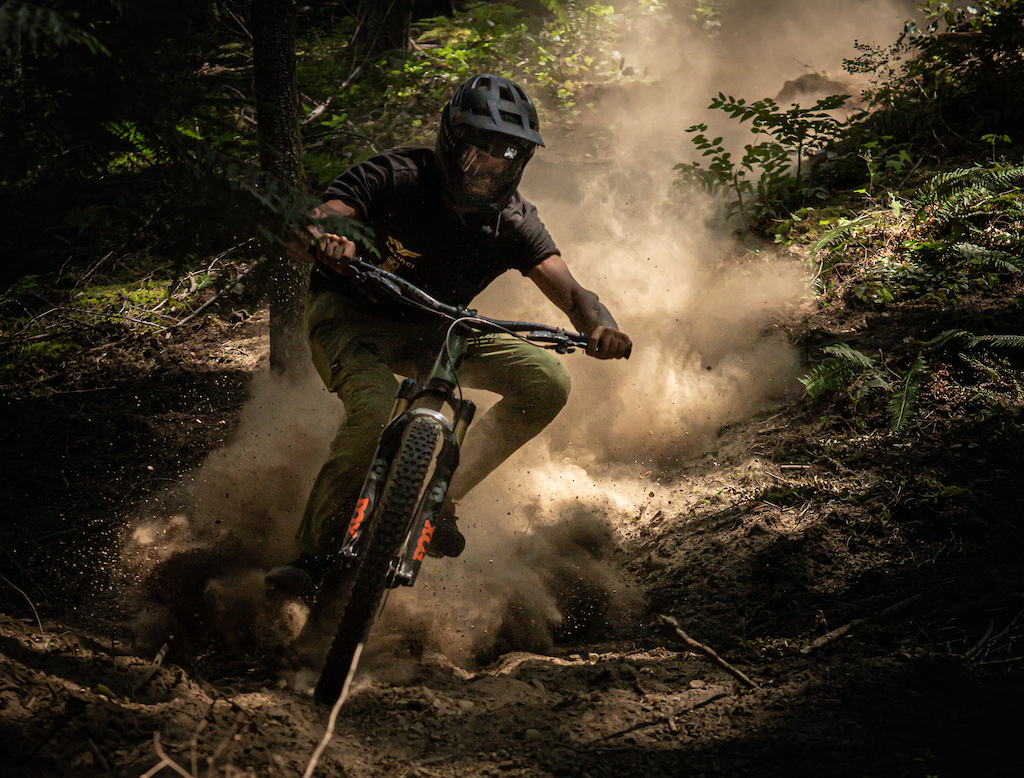 A DOCUMENTARY FILM
Filmed by Kelsey Toevs and Alex Chapellier
Photography by Travis Bothner
"When Yoann approached me with this concept I was stoked! All my favorite features in the Sea to Sky plus a bunch of ones I have never seen in one day… sounds like the dream. I don’t think I was prepared for how physically and mentally exhausting it would be. Running on little sleep, a 3:45 am start time and barely enough time to give each feature a run in was a proper challenge. We just had to trust each other’s speed and send it! It was back and forth between the two of us, motivating each other to keep pushing. I think I drank 15L of water in the 30 degree heat and still my arms were cramping every time I pulled my levers at the end of the day. It turned into one of the funnest days on the bike I have ever had and I can’t wait for what’s next!" 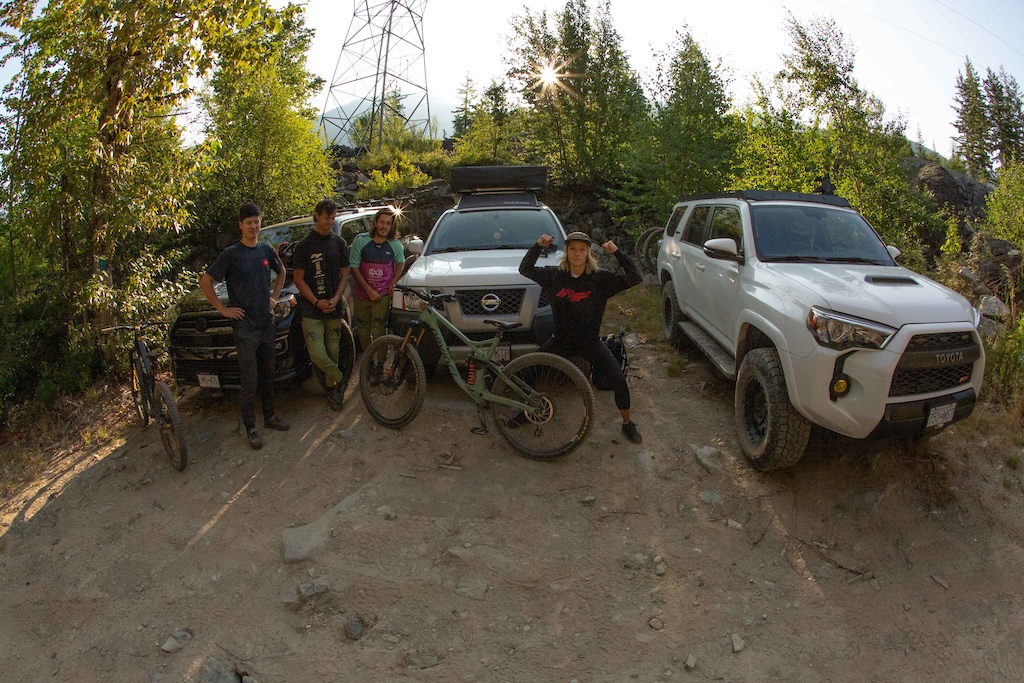 Big up to the full crew, Kelsey, Yoann, Steve, Alex, Travis behind the lens and NF for supporting the project

Crampagnolo (Aug 1, 2021 at 12:51)
@yoannbarelli: This is definitely one of the gnarliest hours I've watched in awhile! Next episode, Have At'er drop?!

gravityfreak (Jul 30, 2021 at 20:23)
I get bored watching a 2min video of even the best riders but i just watched this whole 50 mins. Yoann somehow captures the excitement of riding, fun with friends and insane riding in a way noone else does. So good!

yoannbarelli (Jul 30, 2021 at 10:25)
I put a Toro in the front (2.35). it's so dry and loose these days here that you want your tire to dig pretty deep to get some sort of traction, same as riding in mud. The Griffus 2.5 is perfect in dry conditions as well, but again, right now the conditions are super uncommon. Cheers !!

cgrovego (Jul 31, 2021 at 16:23)
@yoannbarelli: So sick seeing you on here taking the time to reply to the comments . You are definitely an inspiration to a lot of generations... and a mad man on a bike.

aribr (Jul 30, 2021 at 11:39)
The most insane thing about this is how easy they make everything look. Kudos, absolutely amazing vid.

plyawn (Jul 30, 2021 at 12:16)
This has totally recaptured the vibe of the original videos for which most of these stunts were constructed. Absolutely fantastic!

Asking for my wife

wallheater (Jul 30, 2021 at 20:09)
Weirdly for all the sick drops and tech riding, the move that made me go "what the f*ck!" was Yoann's spinning rock drop on Trespasser at 20mins 30 secs. Reminds me of Wade Simmons' funky rolling twisted stoppie thing off a log on Home Brew in the Collective movie

lukewgc (Jul 31, 2021 at 12:32)
I have really missed the long and epic videos of old, this paid homage to the legendary features, riders and spots as well as the new stuff... I was totally wrapped up during and stoked to ride after. As much as the three minute insta / facetwit / twitbook vids are a quick hit and buzz to watch... the story behind the trail features and the anticipation of the hit gets left out - this vid had me sweating it. Thanks for making - Freakin A.

scott-townes (Jul 30, 2021 at 10:37)
Agreed. This should be called "K2-ing" since this is way gnarlier and more impressive than climbing up fireroads for "Everesting". Makes sense in real life as well since K2 is riskier and takes more skill than the guided glamping tours up Everest!

crysvb (Jul 30, 2021 at 13:40)
downvoters: just to clarify my "lol" i thought the above comment was downplaying the article posted today, "Photo Story: Ben Hildred Climbs 1 Million Feet in Just 200 Days in 'Forced Habits'" in comparison to what steve and yoann did, my mistake~!~!~~!~

Sshredder (Jul 31, 2021 at 13:58)
That blast from the past Shandro drop ! Insane . Cool to give props to the OG freeriders . I would be stoked to pull off one of those stunts in my life time. Brutus looks friendly compared to those steep gnarly lines. 50 minutes felt like 5 . Thanks for the show.

BrotherCraig75 (Jul 30, 2021 at 11:50)
Amazing talent and energy that both of these men possess is remarkable!! Freeride is alive and well!!

Braidfinger (Aug 1, 2021 at 1:52)
Inspiring, bewildering, jaw dropping and fucking insane. So glad I clicked on this feature, the best edit I have watched in a very long time. Thanks for sharing your mad adventure. Happy riding and take care out there.

commental (Jul 31, 2021 at 14:18)
Great vibes and sublime riding, really enjoyable to watch. Hitting multiple features of that size on the same day is impressive.

dkendy1 (Aug 1, 2021 at 14:48)
Its great to know that these two guys are out there in the world, doing this stuff. 50 minutes well spent. Thank you guys keep doing what you're doing

PB4UGO (Jul 30, 2021 at 18:28)
Yoann and Steve are a great combination. Fantastic riding. The features are so steep, amazing bike control and commitment.

AzzyMalone (Aug 1, 2021 at 10:19)
What a duo lads! Enjoyed watching with a beer in hand. I wonder if they could send it on a dark slippy wet Wednesday in Calderfornia, probably!

whitebirdfeathers (Jul 30, 2021 at 14:02)
That was amazing. Bravo you two! And Steve is easily one of the nicest people on the shore. Always super cool.