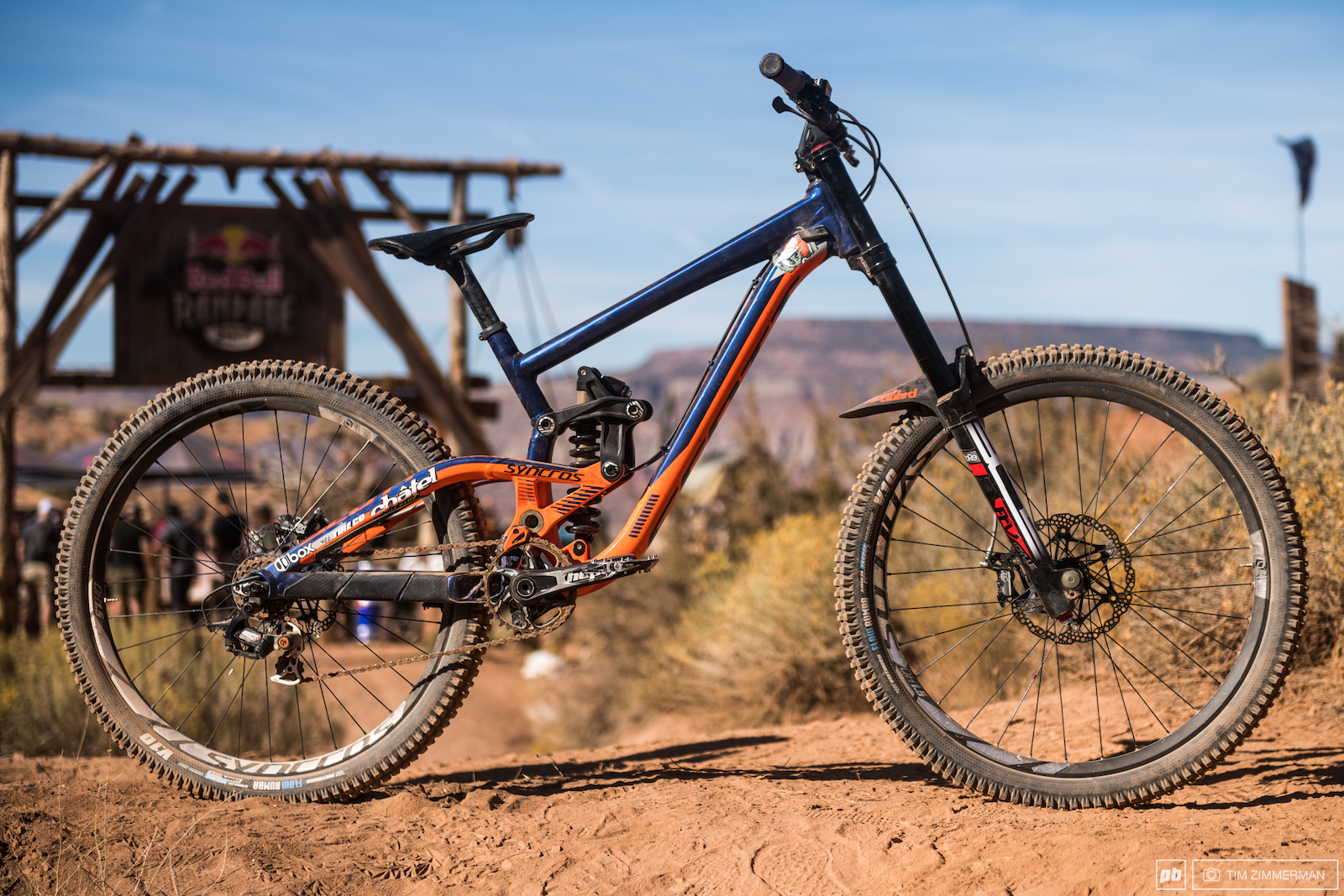 This was Vincent Tupin's first appearance at Red Bull Rampage, but as a Fest Series regular there was no doubt that he had the skills to mix it up with the event's seasoned veterans. Vinny T is his own mechanic, and at the end of each day in the desert it was up to him to ensure that his Scott Gambler was ready for another round of charging. When the dust had settled he ended up in 14th place, a very respectable finish for a newcomer. 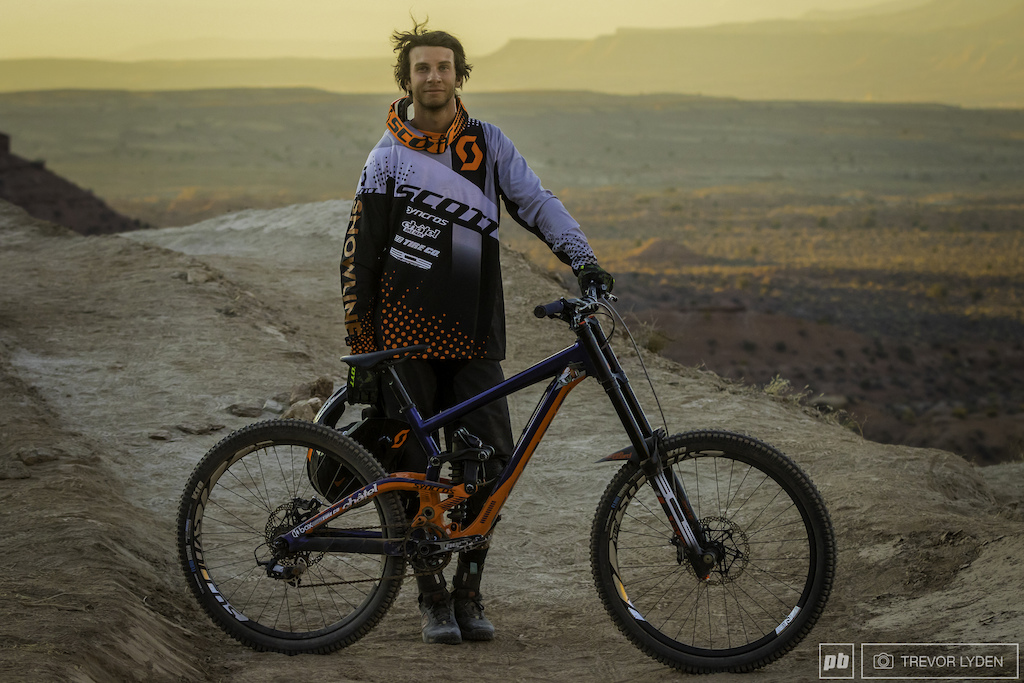 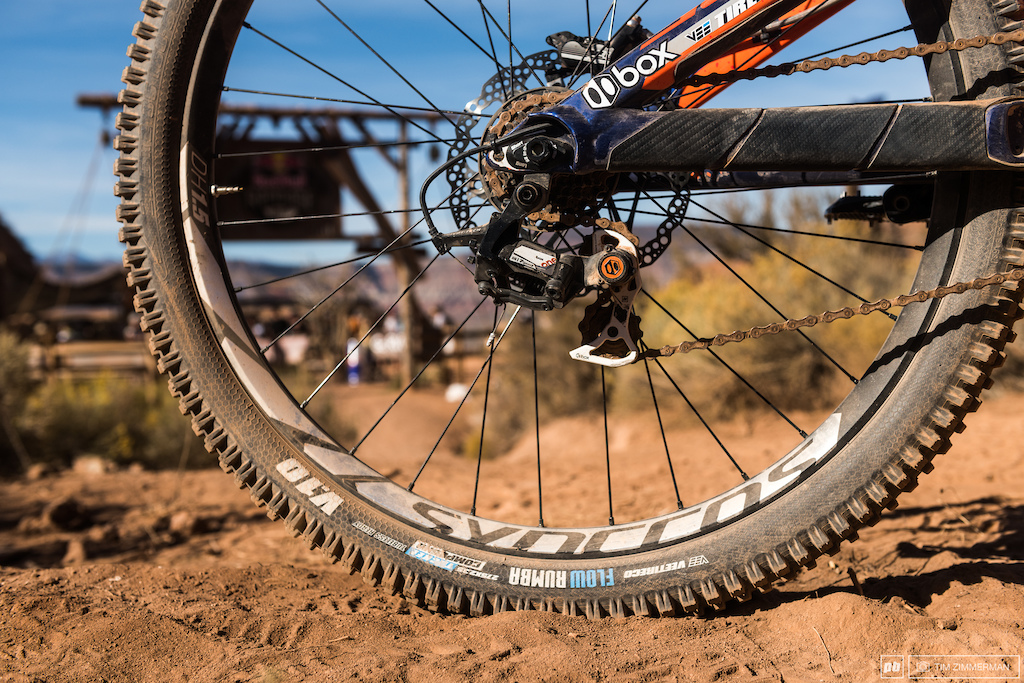 Tupin's Box derailleur stood out in the sea of Shimano and SRAM drivetrains. 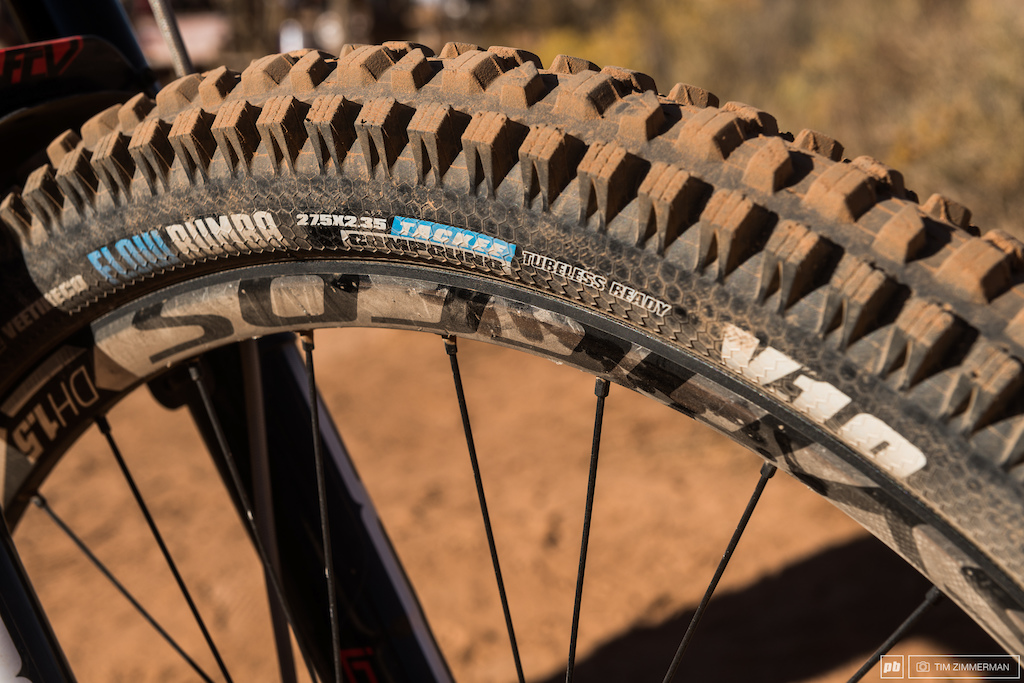 Vee Tire Co. is another brand that's not as commonly seen, but the Flow Rumba's seemed to be working well for Vinny as he carved his way down some of the venue's steepest chutes. He was running approximately 36 psi, with tubes, although he goes by feel rather than using a gauge. 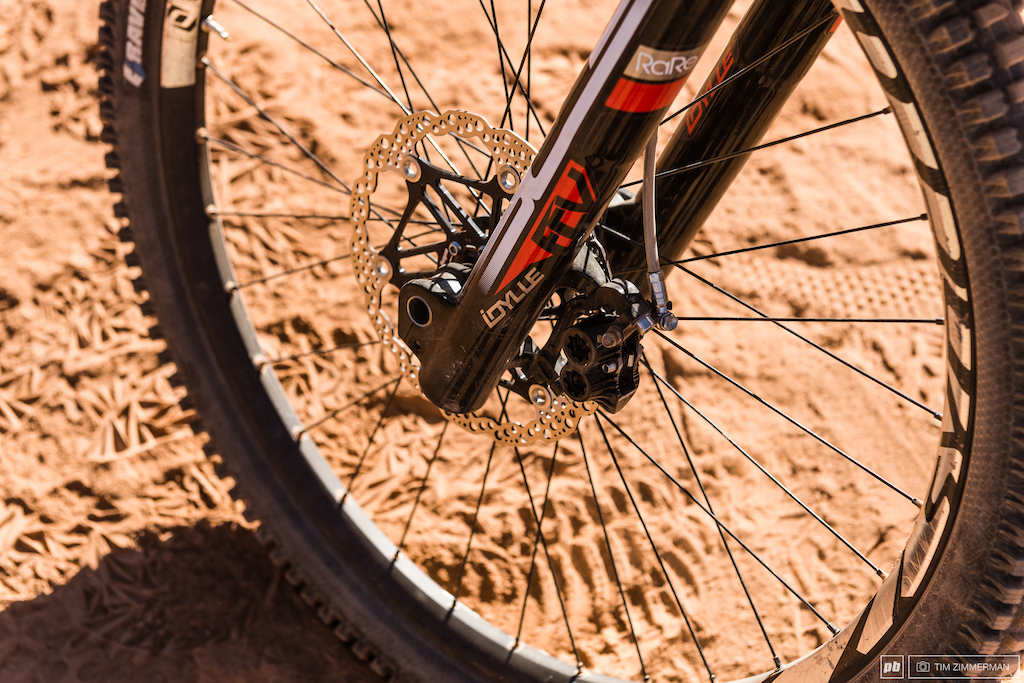 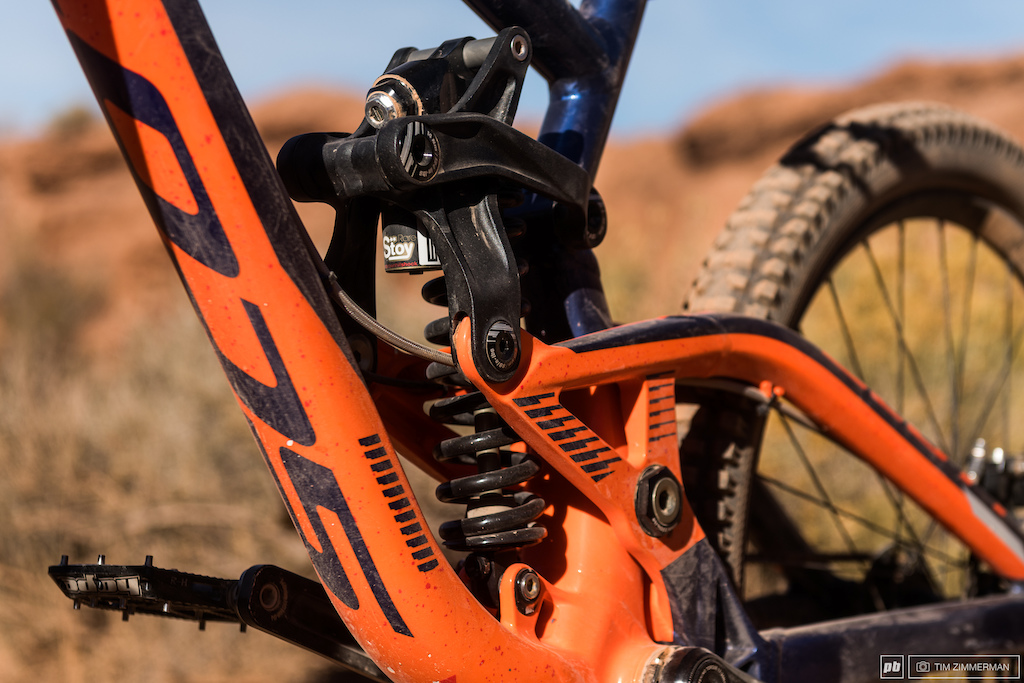 The BOS Idylle fork and Stoy shock were both custom tuned, but the only real change from his typical settings was to stiffen up both the fork and shock to handle the bigger drops that are standard fare at Rampage. 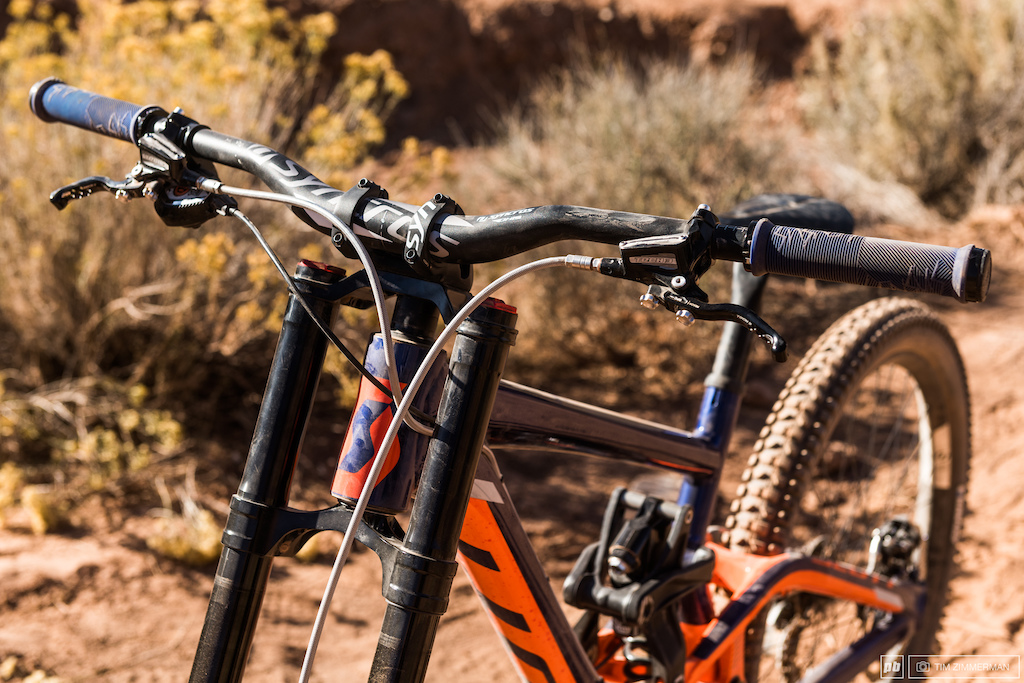 Sensus grips and Hope brakes are mounted to a 780mm Syncros handlebar. 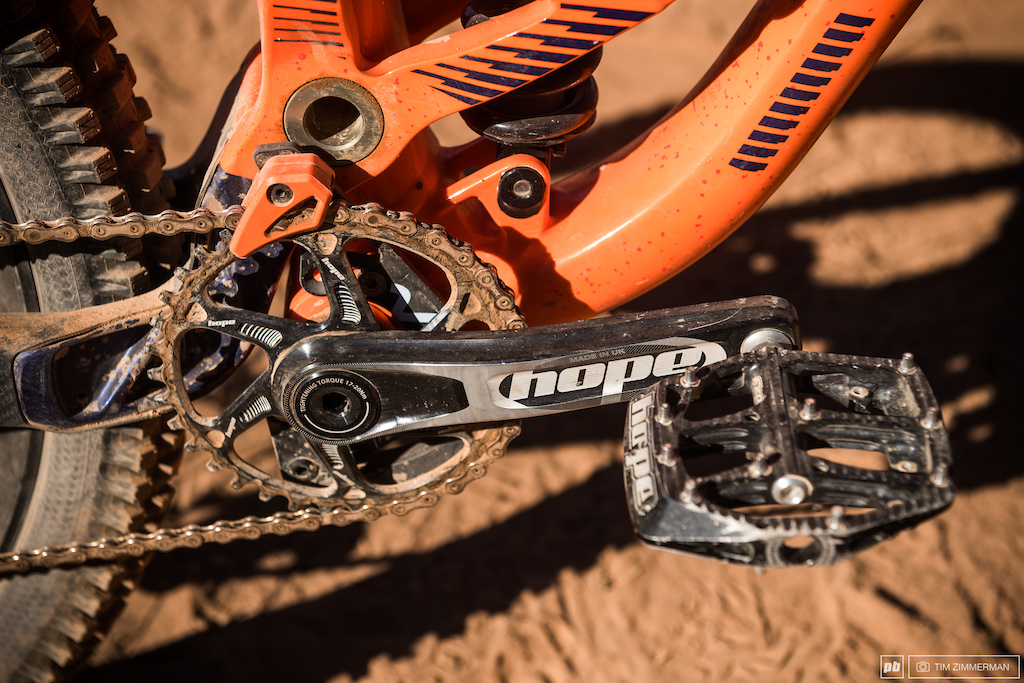 Hope takes care of the cranks and pedals as well, and there's a small chainguide in place, just in case. The last thing anyone wants is for the chain to pop off when you're rocketing down a near-vertical line.

seraph (Oct 28, 2017 at 1:16)
BOS suspension and a BOX derailleur. Nice to see something different on those two fronts.

audric (Oct 28, 2017 at 21:09)
Push the limits Vinny you are the new blood of Rampage ! Stoked you had Fun and your shoulder didn't cause trouble!! you SHREDDER

spaceofades (Oct 28, 2017 at 9:29)
I seriously got confused when it said Vincent Tupin, like 'who's this jerry?'. Then they said Vinny T, and the stars aligned; everything made sense.

Loboapo28 (Oct 28, 2017 at 13:50)
So glad to see Vinny T out there. He has the one of the loosest natural riding style in my opinion, hanging off the rear and skiing down any steep terrain.

shedsidechuck (Oct 29, 2017 at 10:22)
I am stoked to see more creative, no nonsense riders in mega-slopestyle! they have great role models with the older dudes, and they're carrying on this lineage.