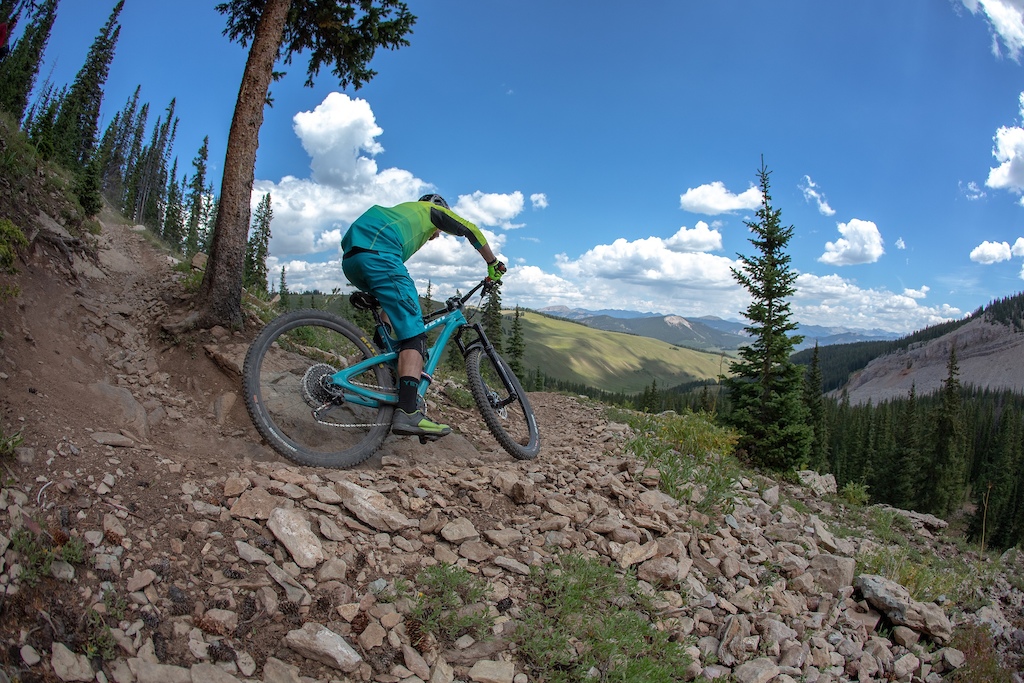 We have created an industry based on building the excitement of the coming ski season. Screenings became annual gatherings of fans to tell stories and share the stoke of what would be their ‘greatest season ever’.

In that same storytelling and anticipatory vibe, we will be reaching another hard-charging, passionate audience of outdoor enthusiasts with their launch of a mountain bike-based film tour. The nationwide event hits the trail late this Spring and is set to make 35+ stops along the way - just as the thirst for the first ride on dry singletrack is peaking.

We have been a pioneer in the action sports industry for seventy years. Our ability to deliver authentic and awe-inspiring content to the big screen remains unrivaled. In 2019, this passion for connecting a like-minded community—of fans and partners alike—and dedication to growing the sport led to the acquisition of The Fly Fishing Film Tour (F3T), the largest event of its kind in the fishing space. Adding mountain biking to the quiver was a natural next step. Early tour commitments include bike industry leaders Anthill Films, Matchstick Productions, Pinkbike, and nonprofits IMBA and People For Bikes.

Film tour details, stops, ticket information, and a full roster of riders will be announced in the coming months.

Stay up to date and subscribe to the WME Mountain Bike Film Tour email updates HERE.

Chris97a (Nov 15, 2019 at 15:15)
Didn't know about that actually. Looked it up though and it looks like they actually won that lawsuit and made sure Warren Miller was not allowed to participate in making any ski films at the end of his life. That really sucks to take away something like that from someone.

sino428 (Nov 15, 2019 at 17:43)
@Chris97a: i admittedly don’t know much detail about this lawsuit. But to say that they took away something from him seems incorrect. He sold those rights years ago when he sold his company. It’s harsh but that’s how things work.

joshroppo (Nov 15, 2019 at 22:04)
@thesharkman: Morally undefendable then. It shows that they had a better legal standing, had lawyers draft a tighter ownership of Warren's person.

I don't think that organizations should be able to own a person's life and ability to work. Claiming that you own all their ability to work on a ski movie ever again seems predatory. Yeah maybe Warren shouldn't have sold the company as his name, but it's still a Backcountry.c0m level of dick legal move.

Chris97a (Nov 19, 2019 at 9:52)
@sino428:
Obviously hindsight is 20/20, but when Warren Miller sold his company to his son he likely didn't imagine never being able to participate in a ski movie again after the company passed through a few more hands. Sure he should have had a better contract when he sold the company, but likely didn't Invision his ability to work in the industry that he pretty much pioneered would be taken away.

sino428 (Nov 19, 2019 at 12:15)
@Chris97a: Yea definitely sucks. I'm just saying that to me its not right to vilify this company for wanting to protect the value of the assets they purchased.

jibbandpedal (Nov 15, 2019 at 12:54)
I remember WME suing Level 1 productions (small independent ski film company) a decade ago, and I will never forget. WME is the backcountry.com of 10 years ago, please F off.

mtbandskiforlife (Nov 15, 2019 at 15:16)
That's about when I stopped watching their movies. That and when I found out that they were just recycling Warren's commentary for every movie.

thesharkman (Nov 15, 2019 at 21:25) (Below Threshold)
I love Backcountry. I try to buy as much of my stuff as possible from them to show support. Great company!

joshroppo (Nov 15, 2019 at 21:10)
After reading the first few words, my mind immediately switched it into Warren's voice... I loved his commentary! *sniff*

timrippeth (Nov 17, 2019 at 19:34)
This is my favorite quote from the late great Warren Miller. He is like the Bob Ross of ski movies. Iconic voice and I always feel better after hearing his words.

The second Greg Stump's Wizard of Ahhhhh's was released, Warren Miller (a staple for me since being a tiny kid) showed they were out of touch with my crowd. Then Matchstick, then Ant Hill - Warren Miller, while a staple, is generations behind.