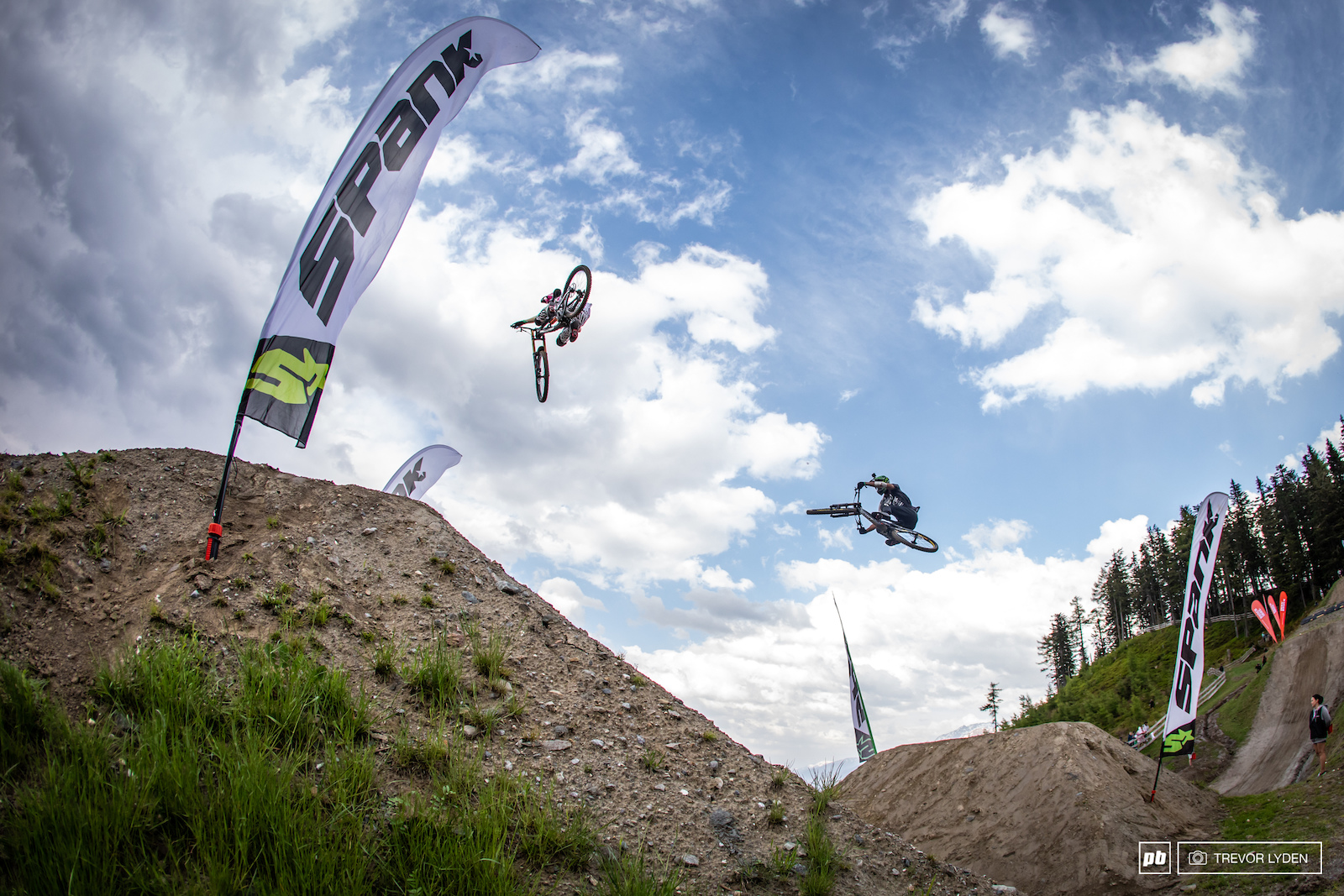 High above Mutters village, next to a pair of panoramic lakes, sits a solitary double that lies dormant for 364 days a year. Overlooking the town of Innsbruck, once a year this jump gets surrounded by spectators, a speaker system and an ad hoc bar and plays host to Europe's biggest whip competition.

With intermittent showers all day, there was talk of the whip off not going ahead at all this year but as riders started dropping in under gloomy skies, it soon became clear that the worries were unfounded. The sun eventually broke through and the Whip Off kicked off in earnest. Riders had one hour to throw down their best whip and Kaos Seagrave and Casey Brown came out on top.

With a second place in Rotorua in 2018 and a third place here last year, Kaos was stoked to finally get on the top step in Austria. His brother in arms Kade Edwards was just behind in second and there's no doubt that he will be picking up the win at one of these things soon enough. Local rider Peter Kaiser picked up third but the biggest reaction probably went to Innsbruck's hero, Fabio Wibmer, who was throwing backflips all night. On the women's side of things, Casey Brown regained her Whip Off crown after beating Rotorua's victor Vinny Armstrong.

Let's take a look at the sideways action from the Official European Whip-Off Championships presented by Spank. 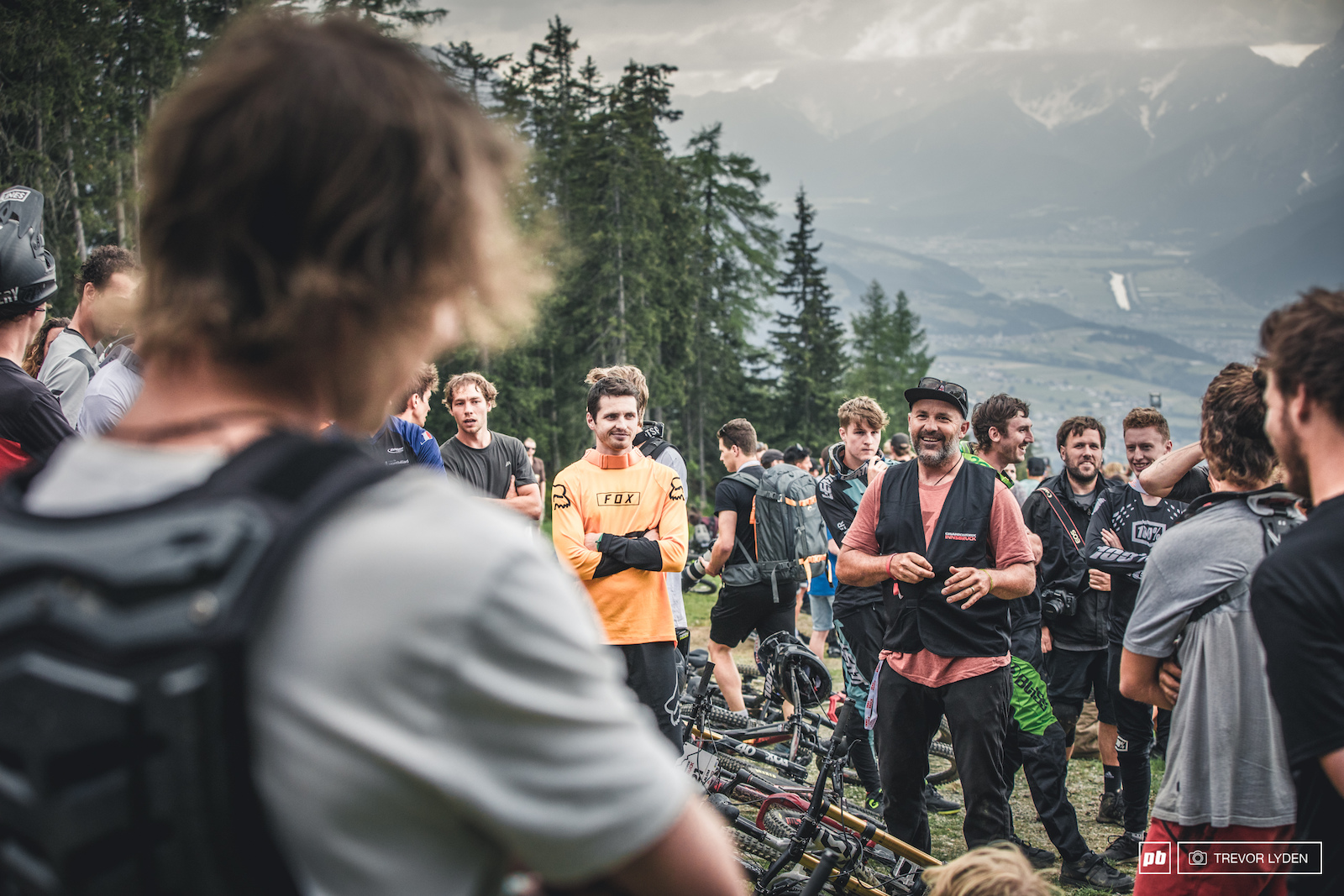 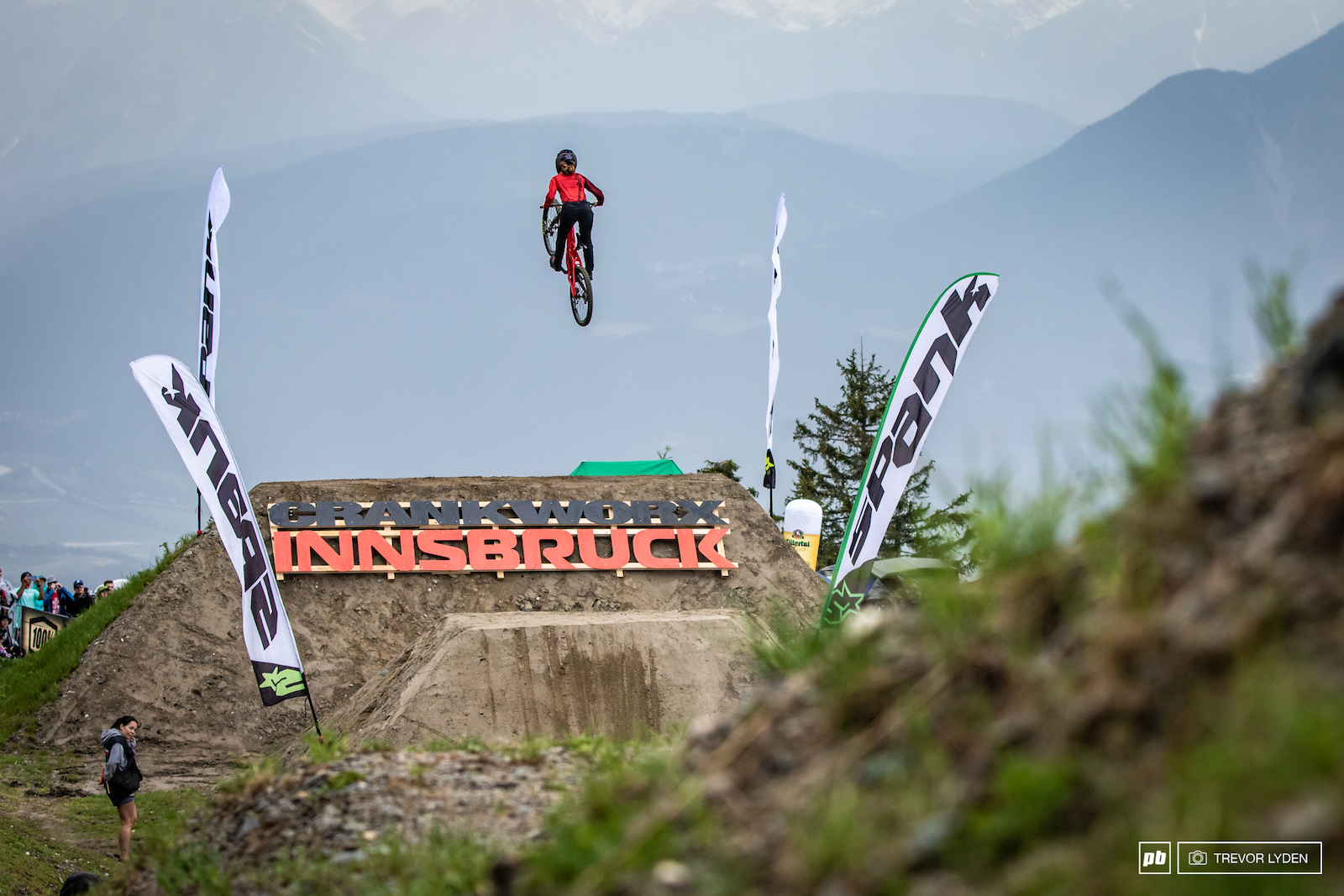 Vinny Armstrong pulling hard as the first woman over this sizeable jump. 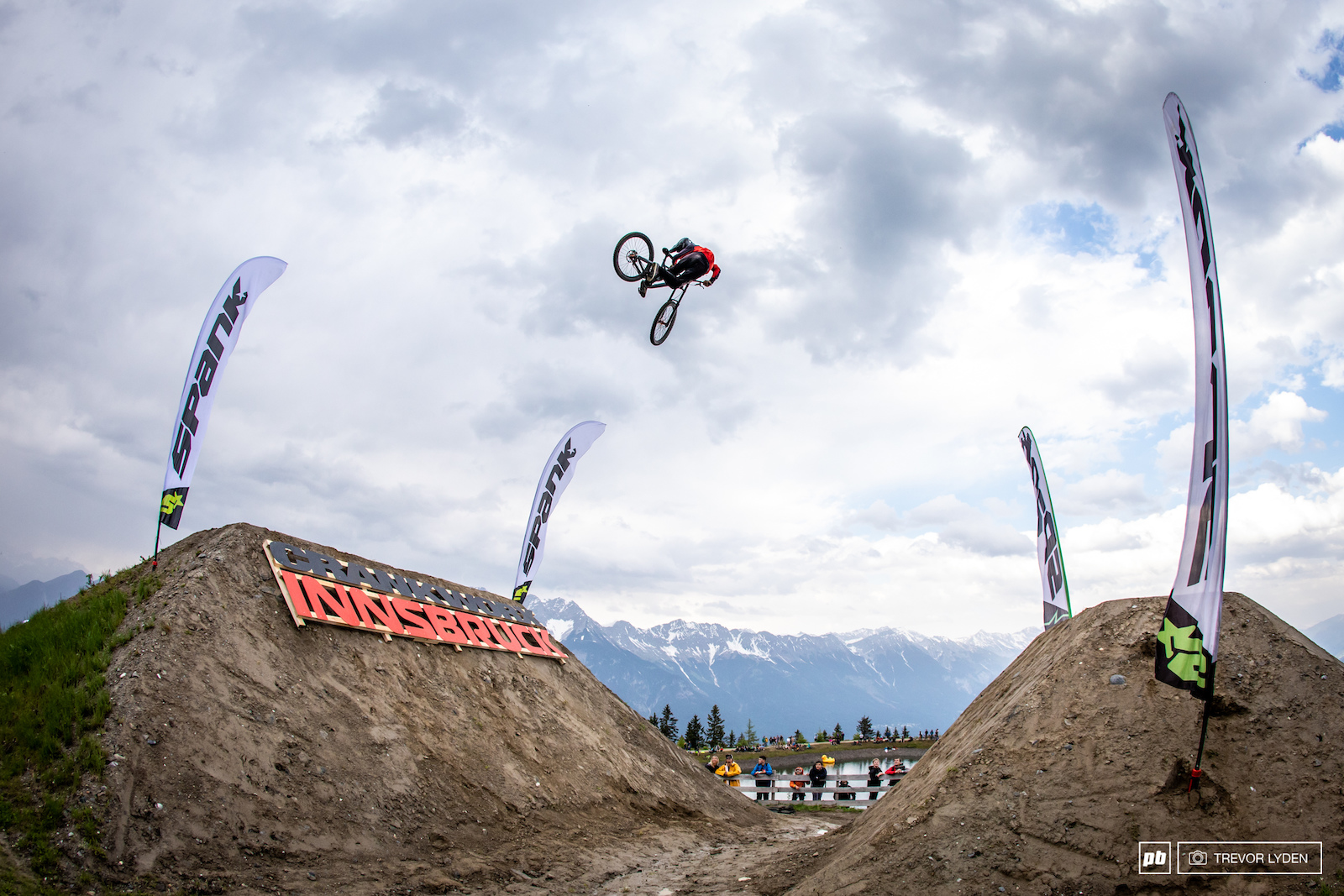 Peter Kaiser doing it for the locals. 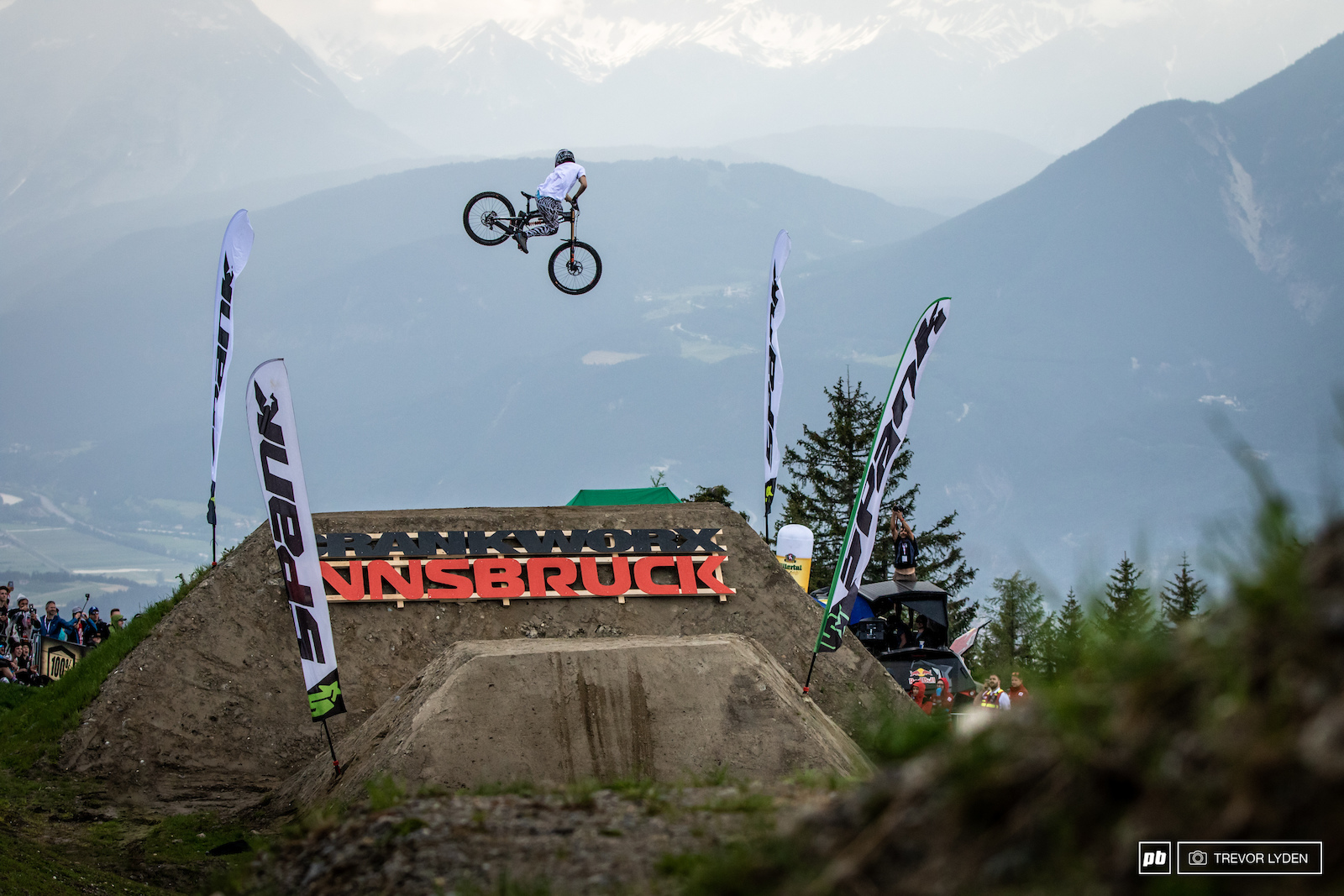 The first of many clicked whips from Kaos Seagrave. The commentators were mistaking him for Thomas Lemoine thanks to those zebra trousers from Fox. 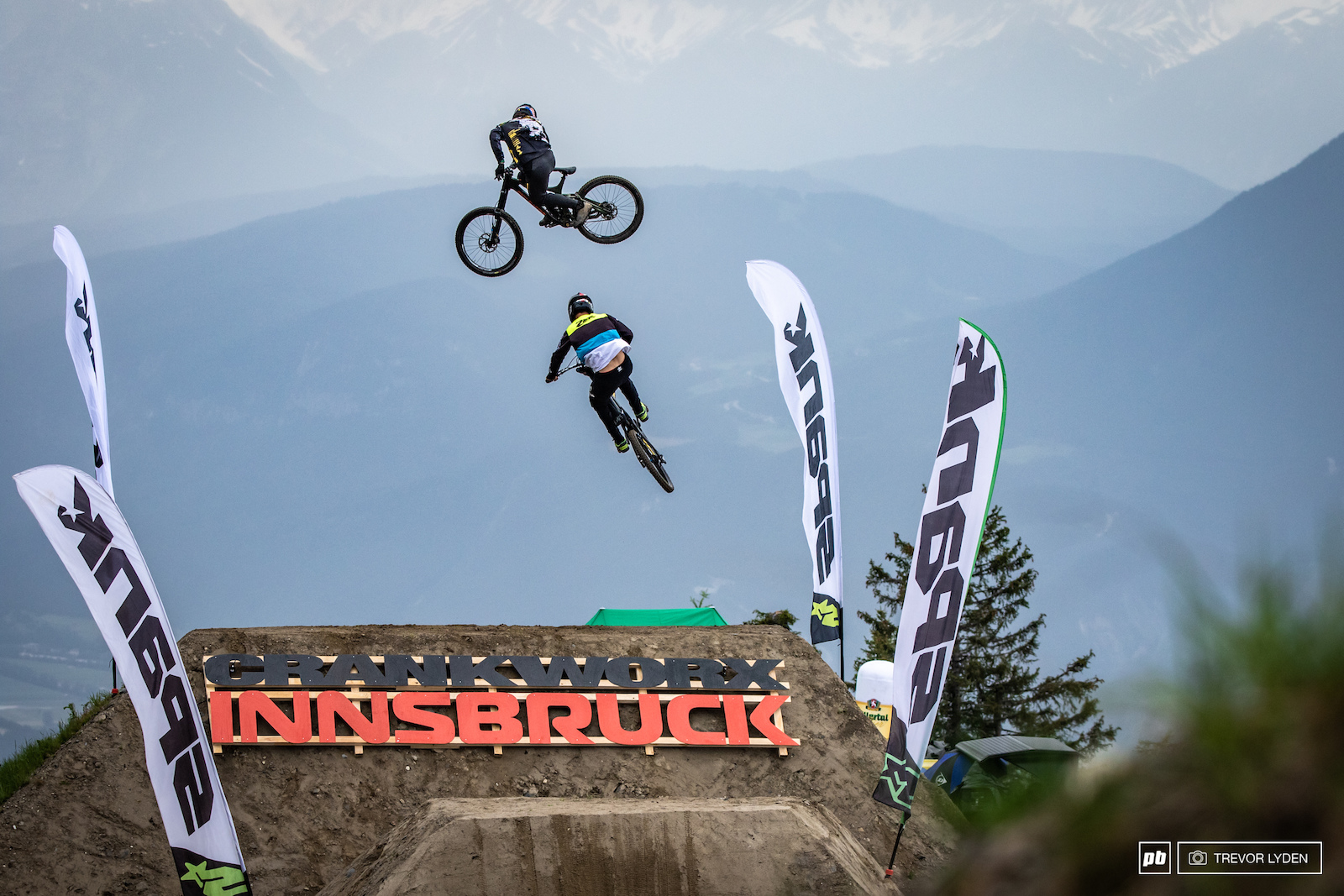 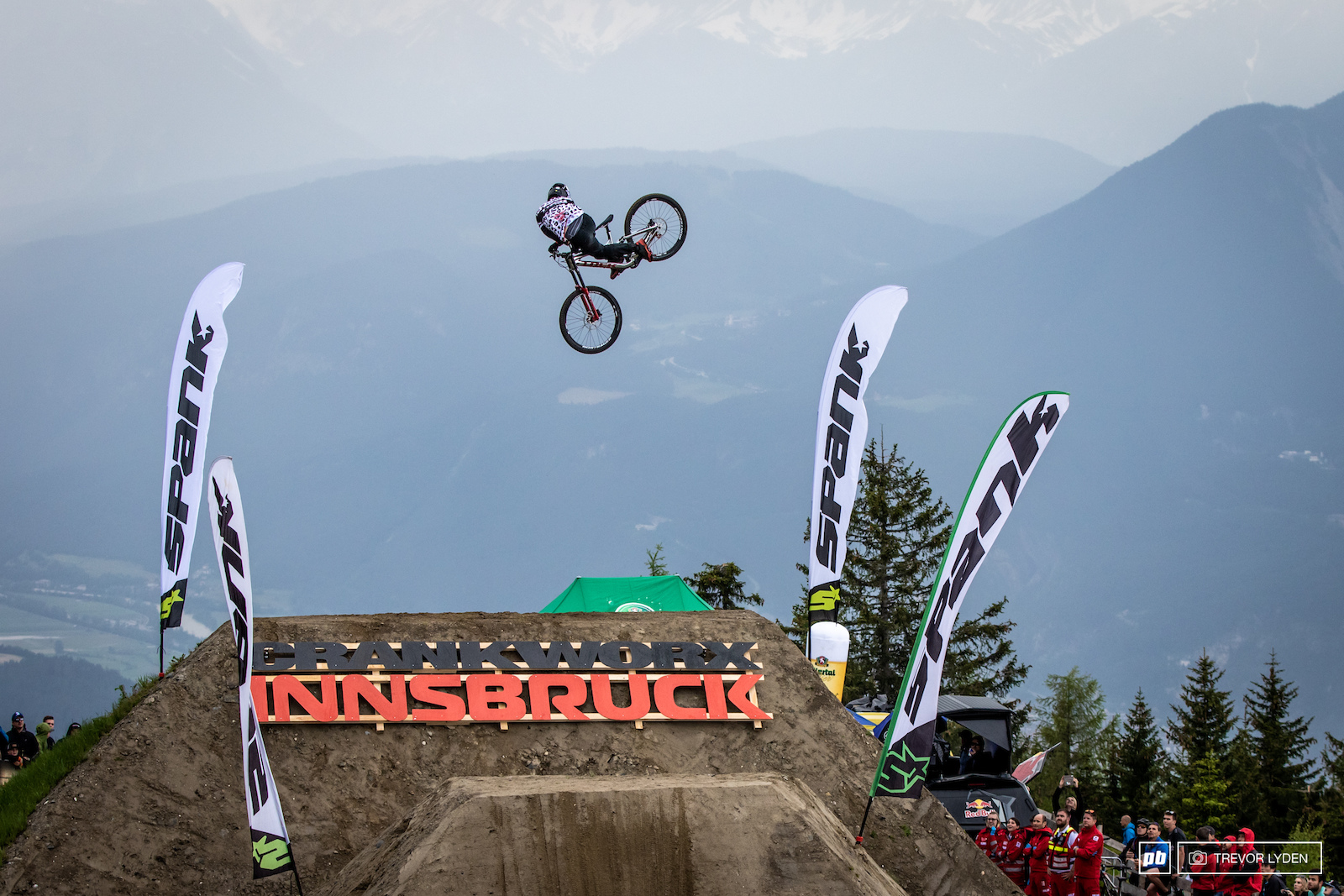 Kade's whips were every bit as torqued as Kaos' but he was probably marked down for crashing out on his last run. 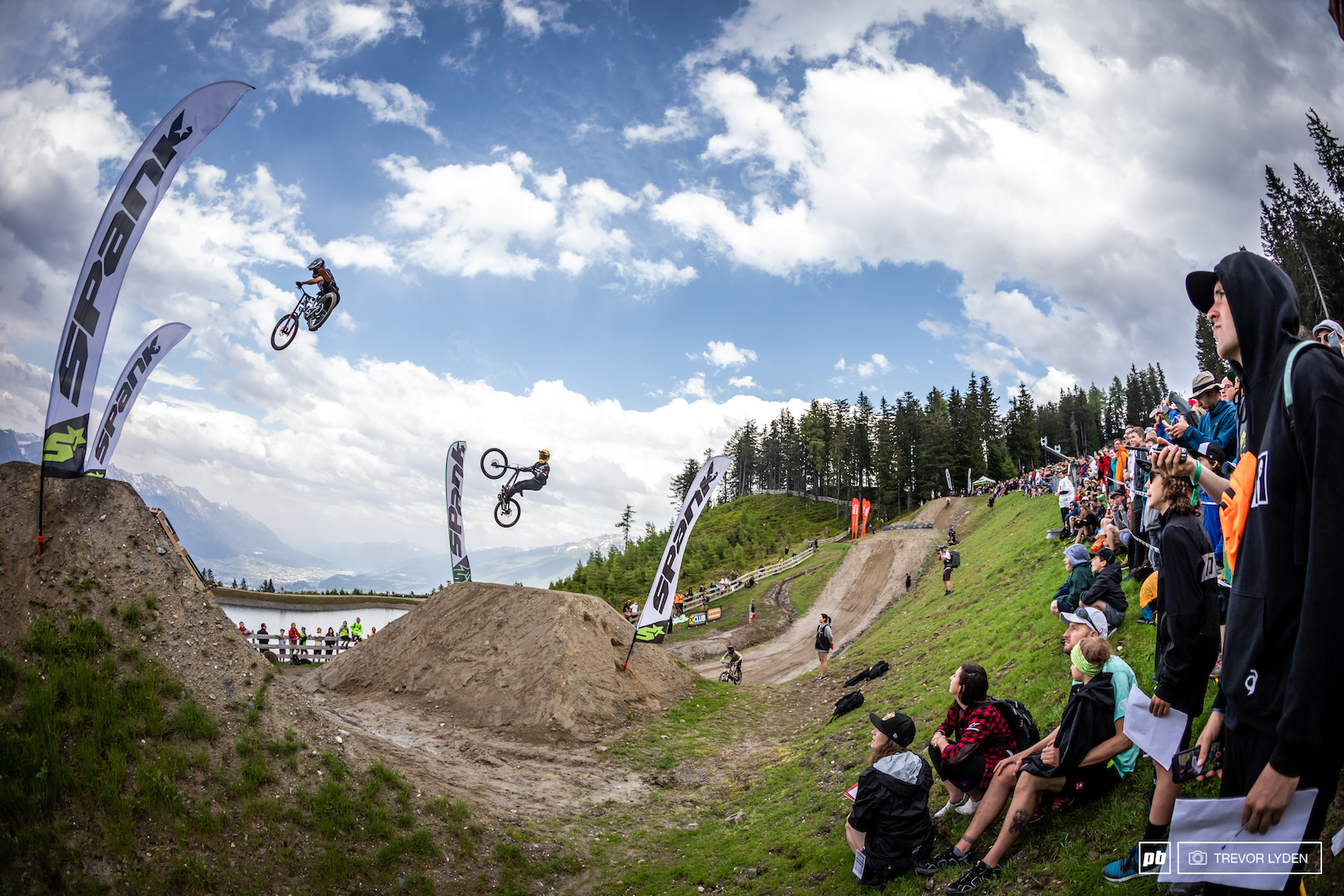 The judging panel, that included Jackson Goldstone and Bernard Kerr, watches on. We're not sure what they made of this dog leg. 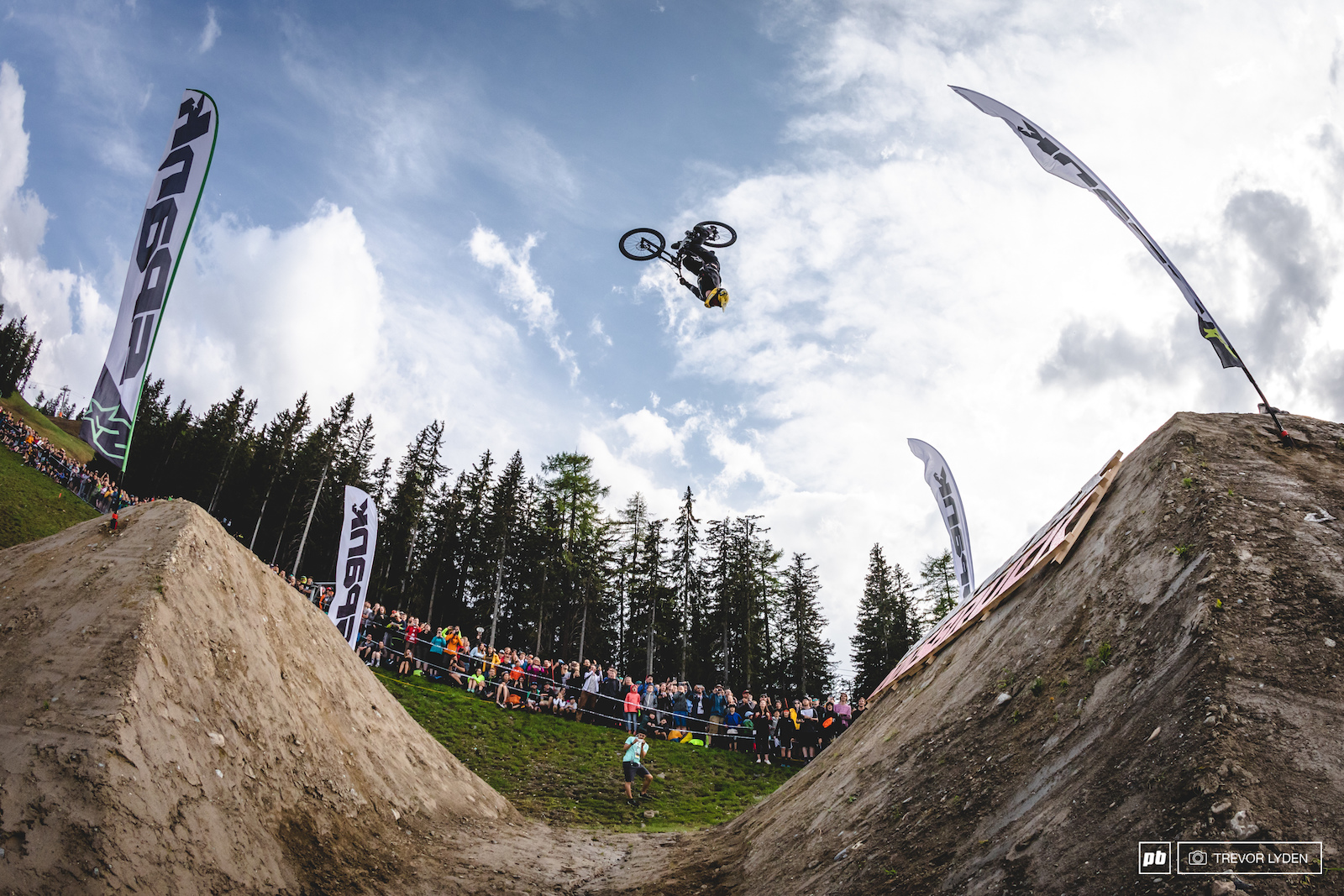 Rogatkin goes upside down, visor and all. 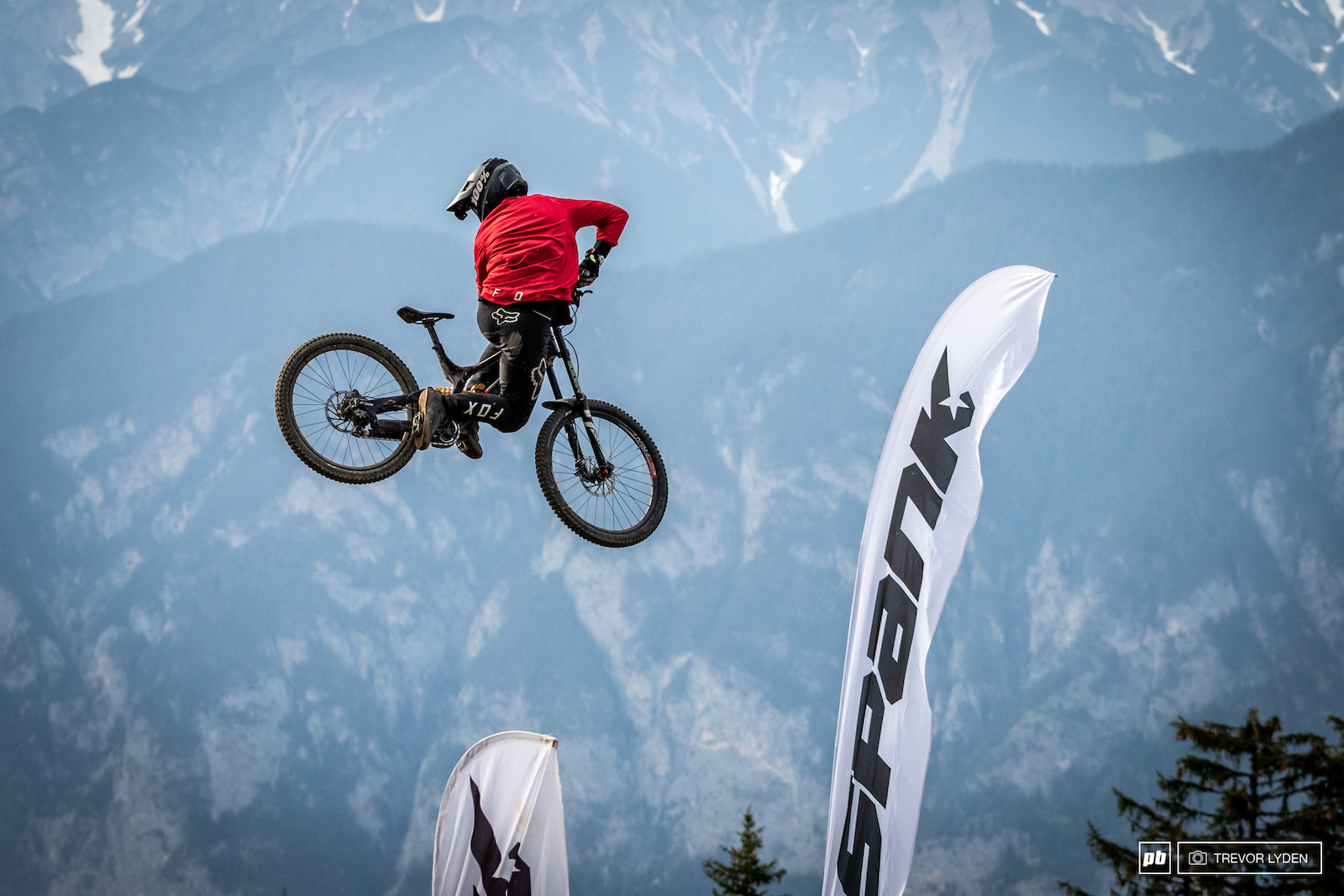 There's simply not a vantage point on this course that doesn't have a stunning backdrop to it. 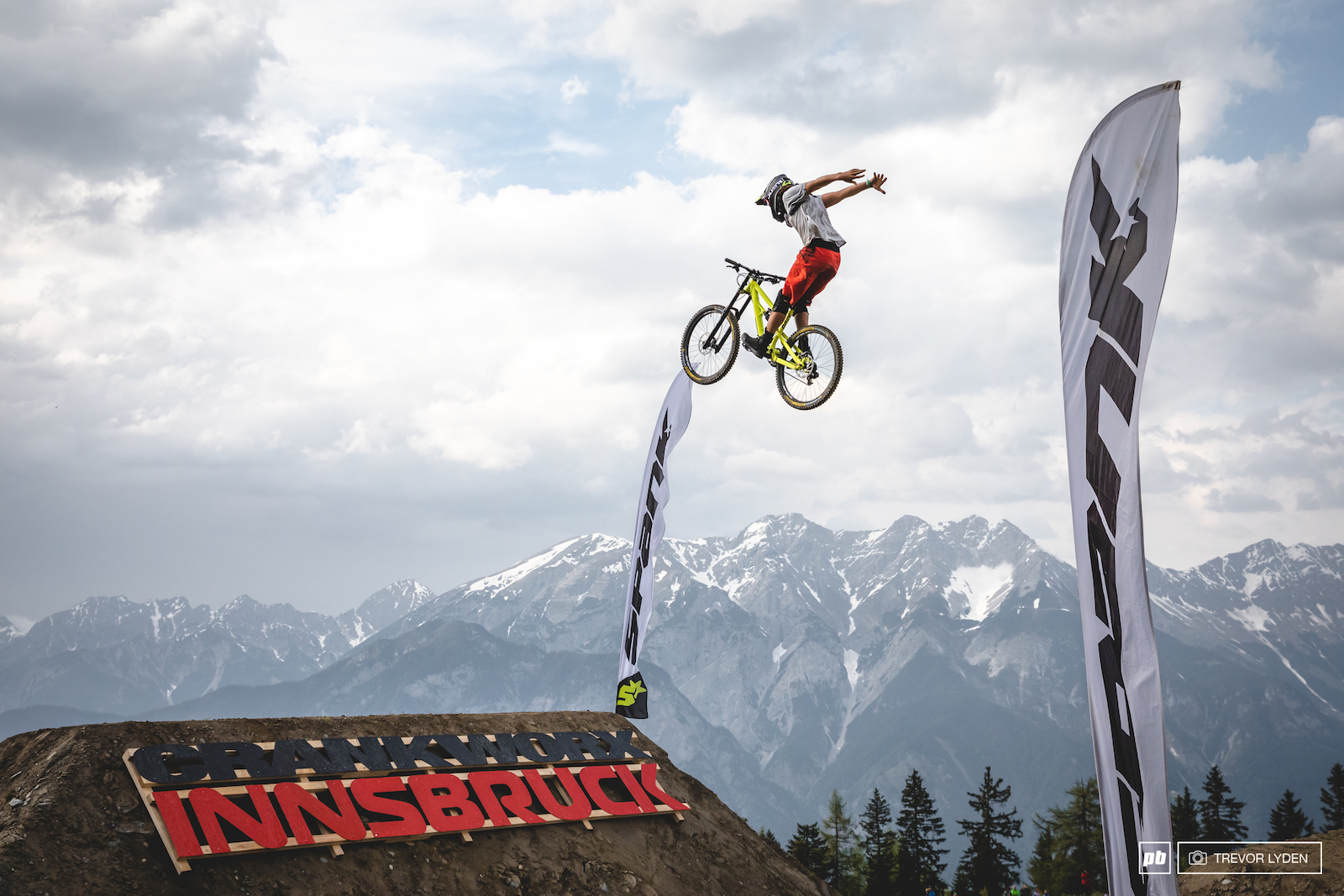 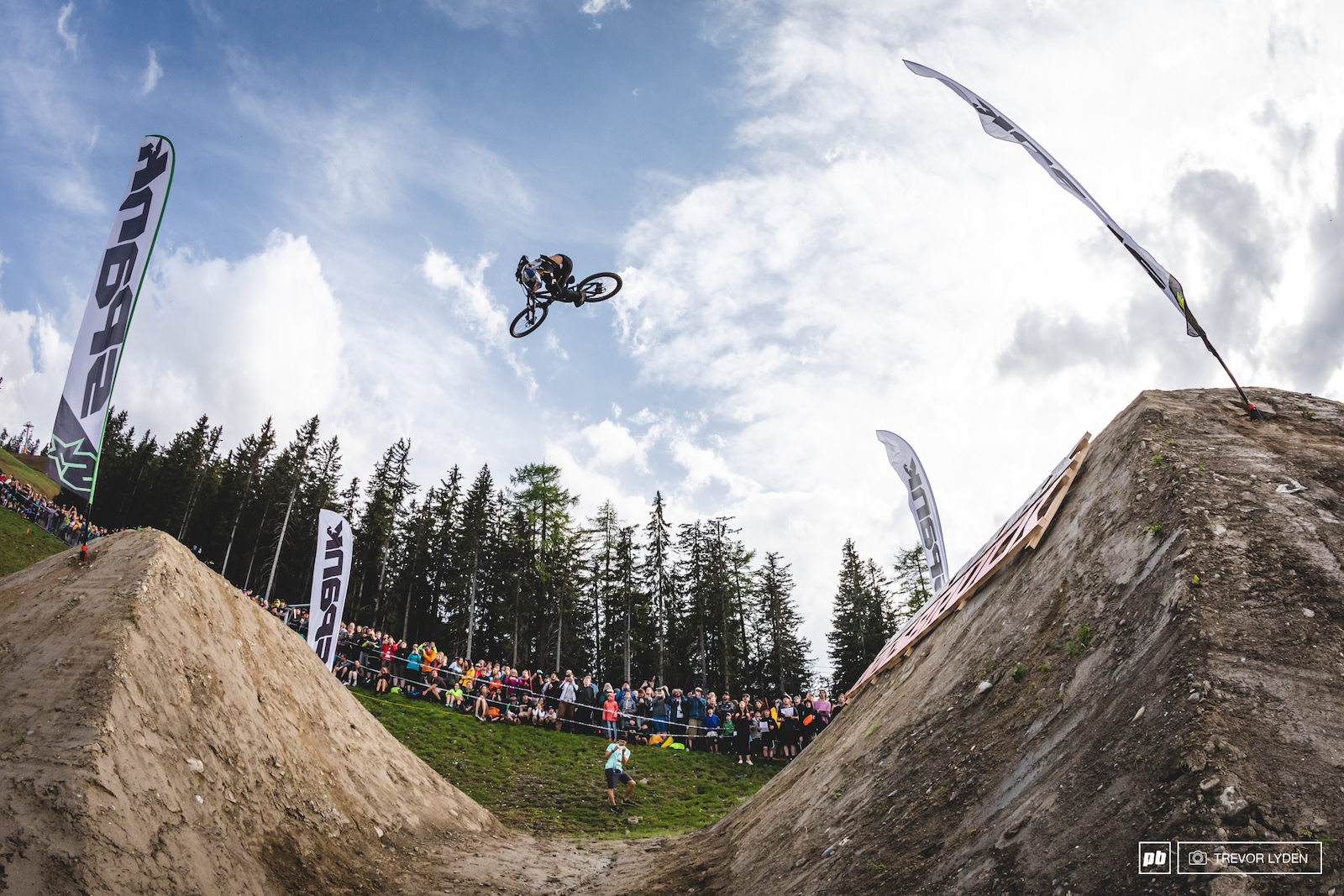 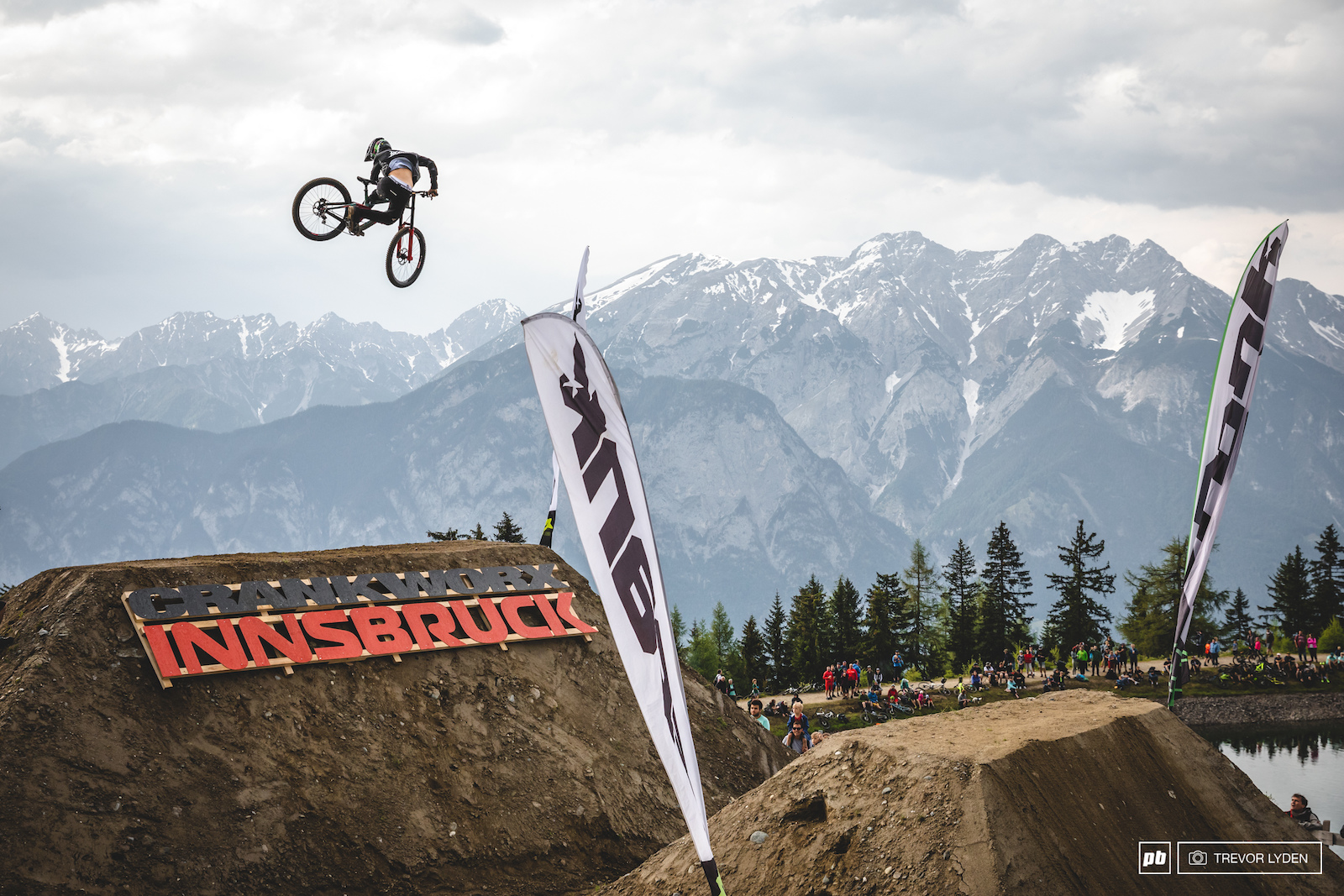 Reed Boggs didn't place in the top three but can't have been far off. 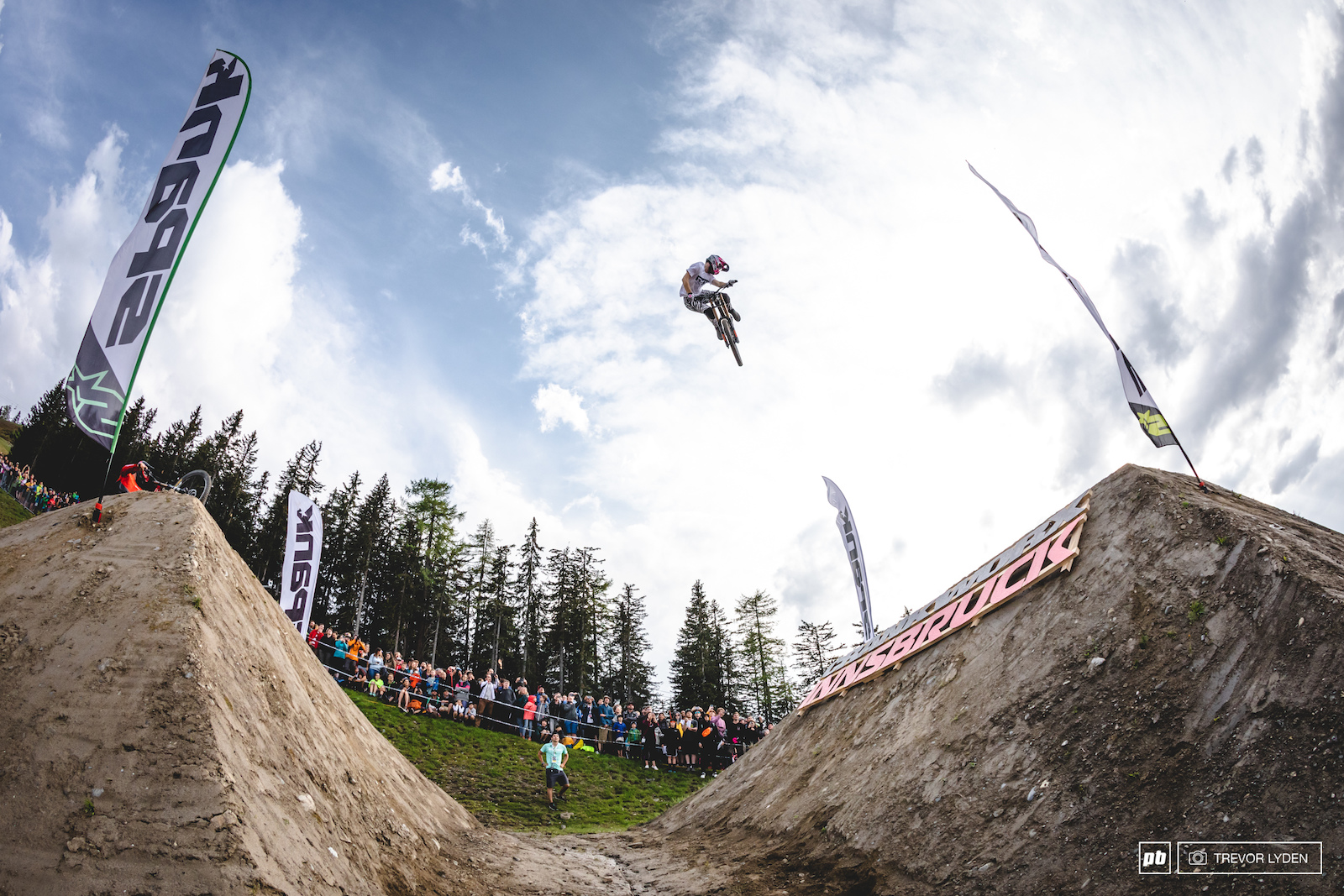 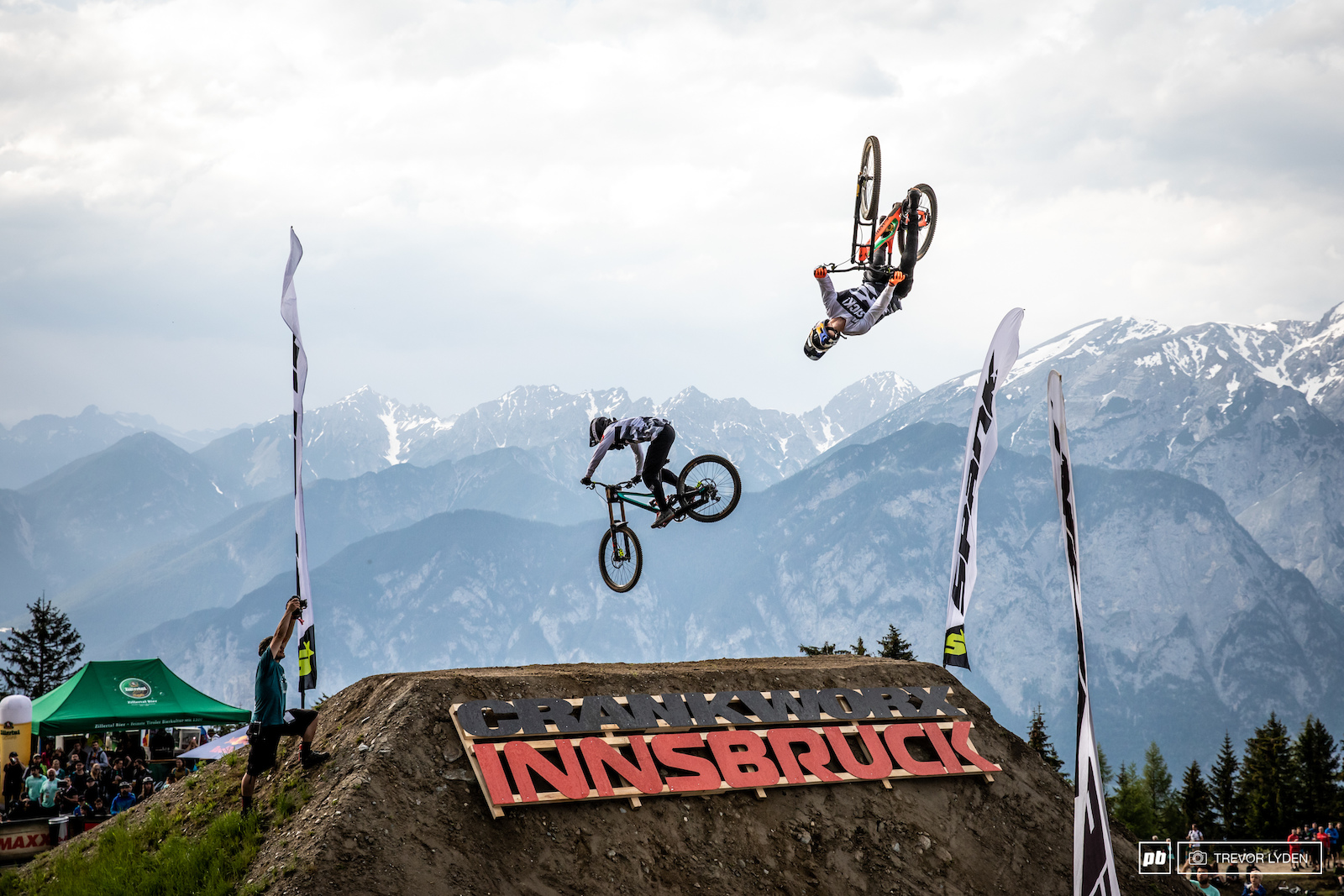 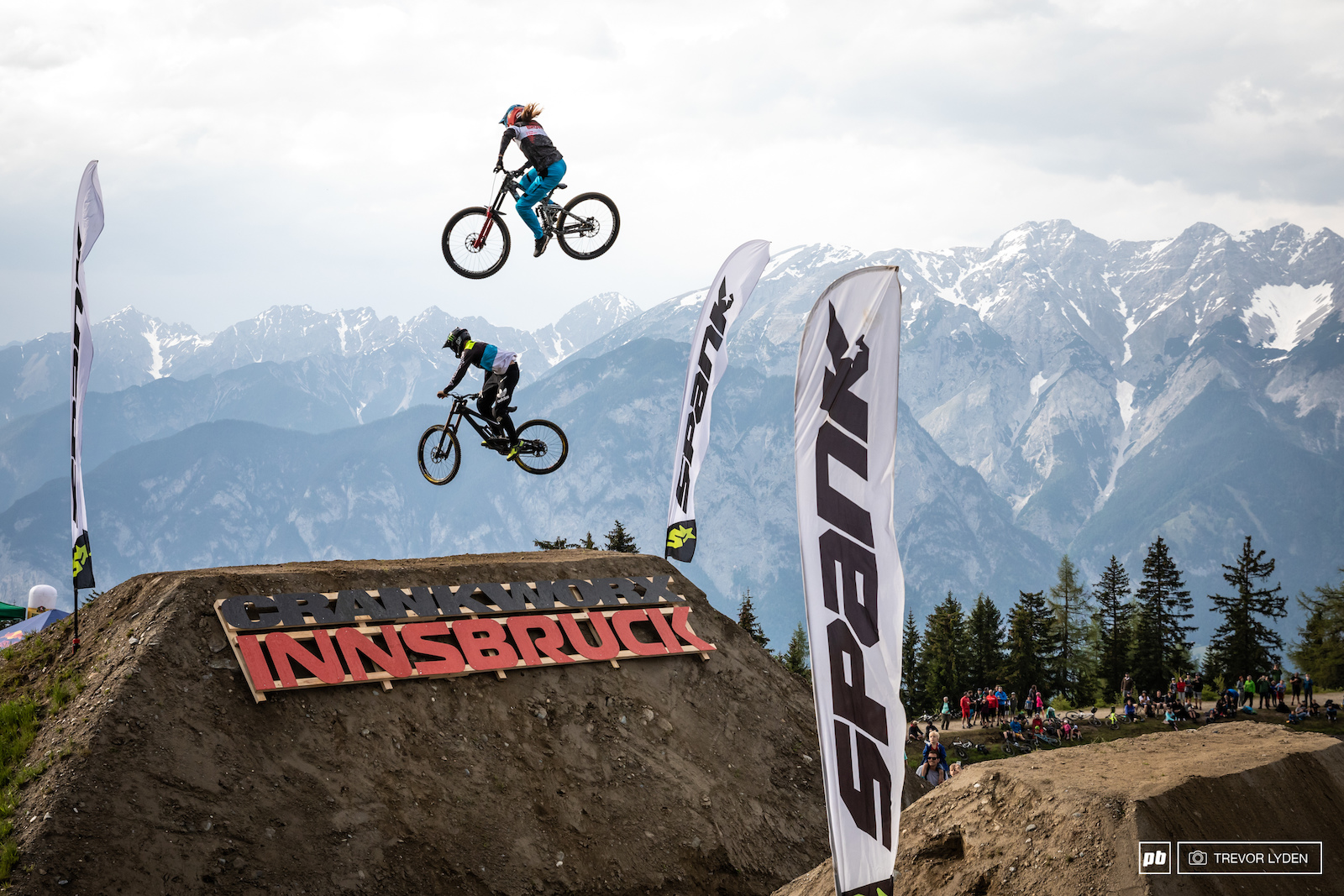 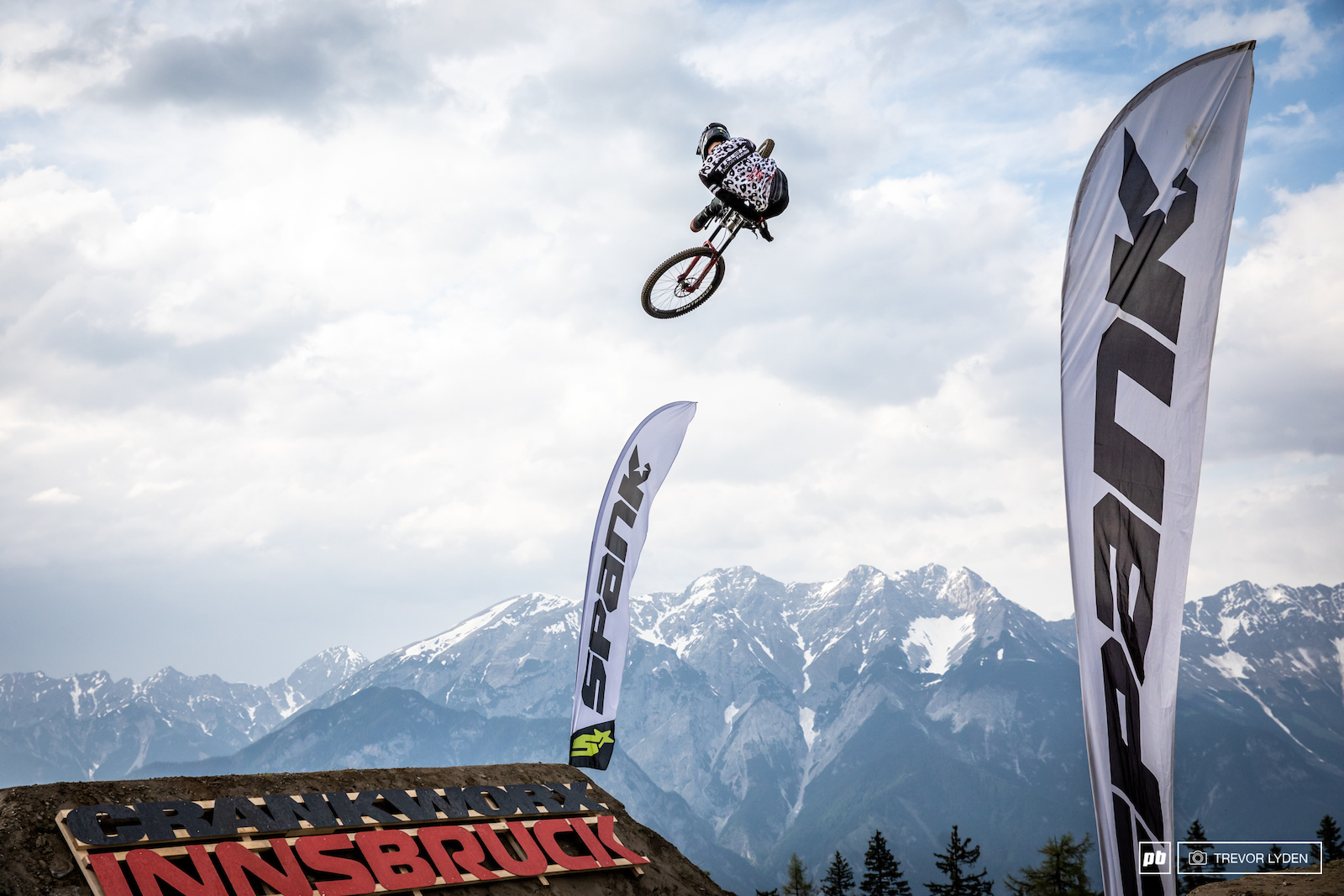 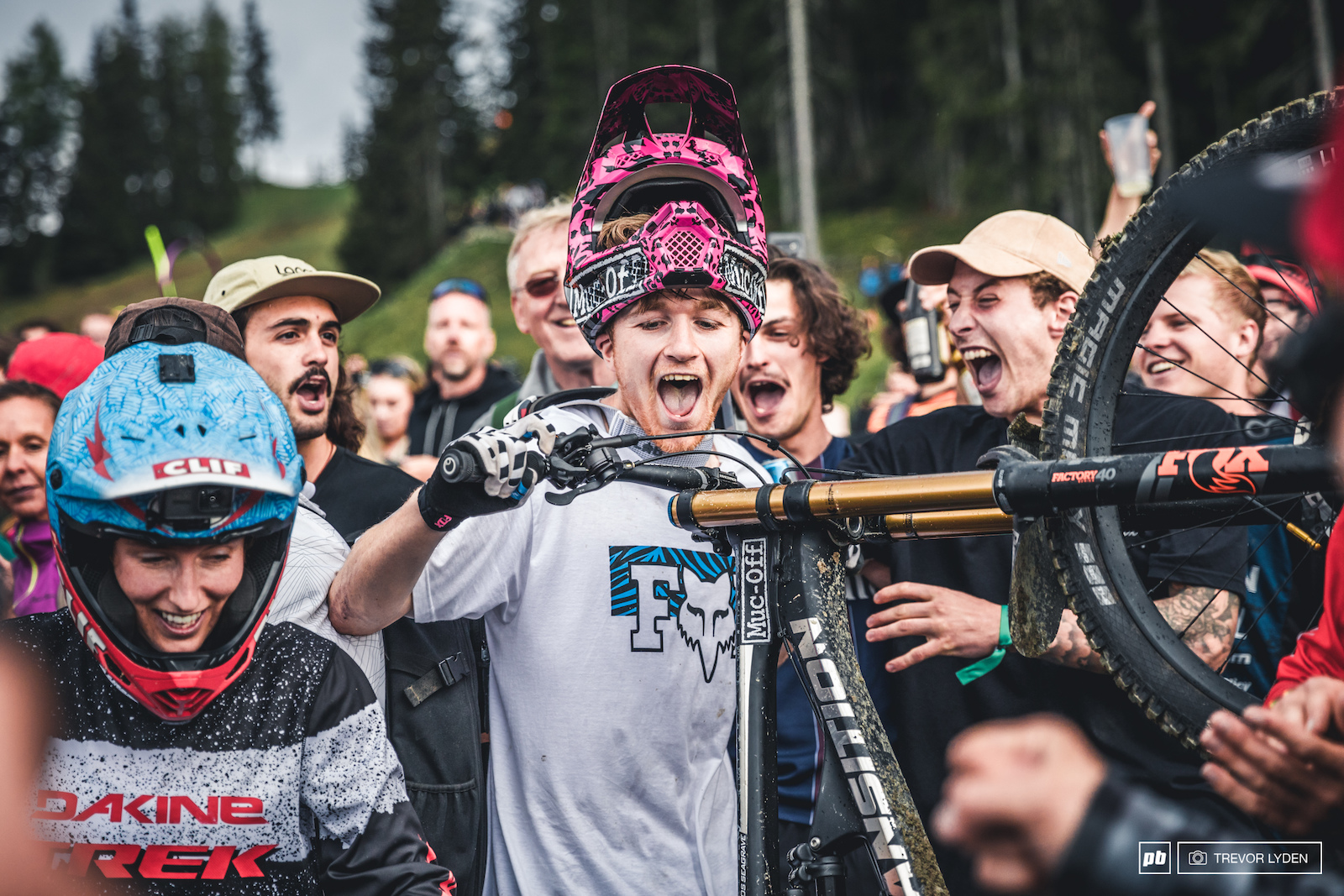 Finally! The moment of victory for Seagrave. 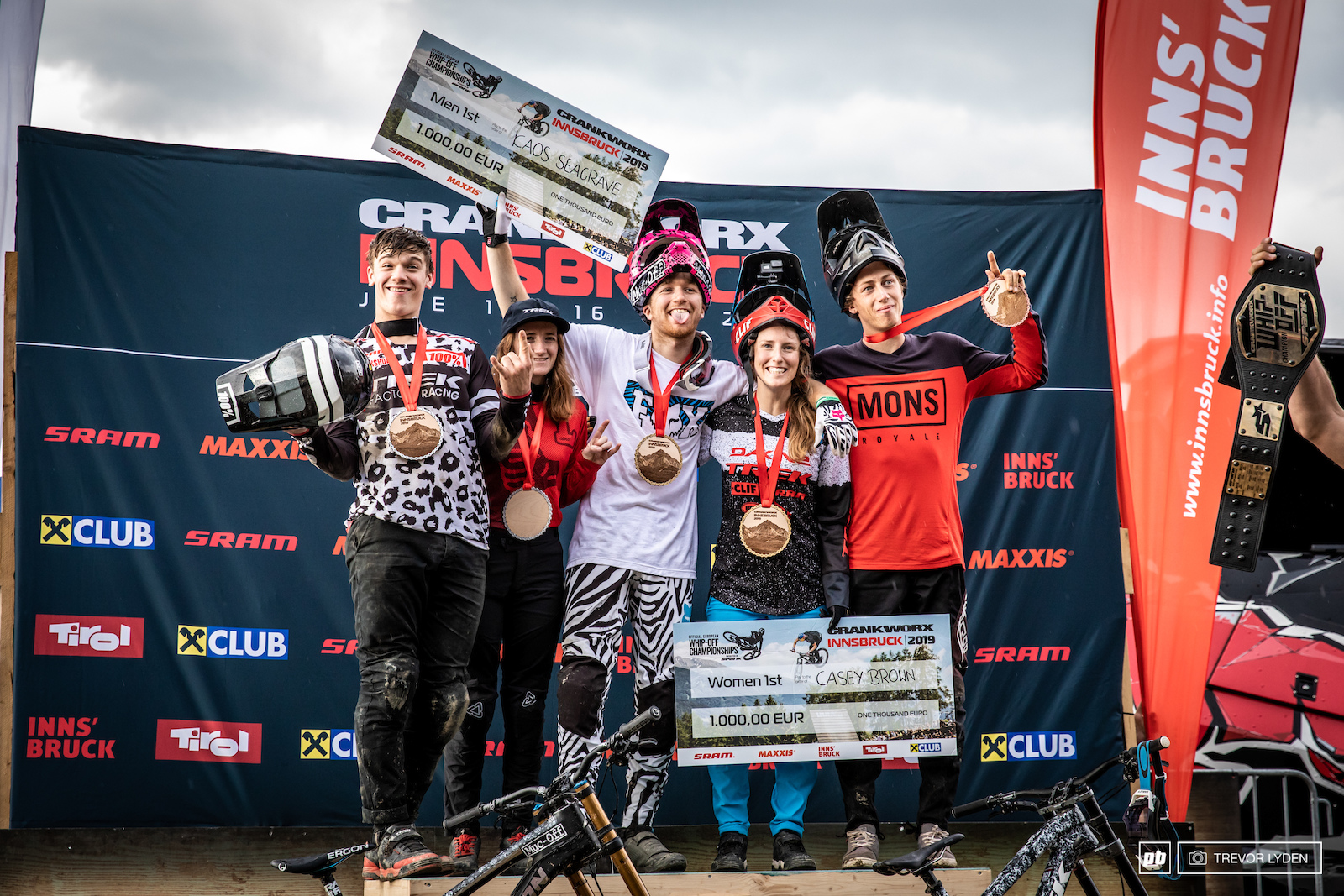 jorgeposada (Jun 12, 2019 at 15:38)
Proper setup to a massive jump Innsbruck never disappoints. The backdrop alone with the mega air's in a photographer's dream.

chriskneeland (Jun 12, 2019 at 16:55)
Kaos' had more amplitude and brought it back straight. Kade was just a touch off first place.