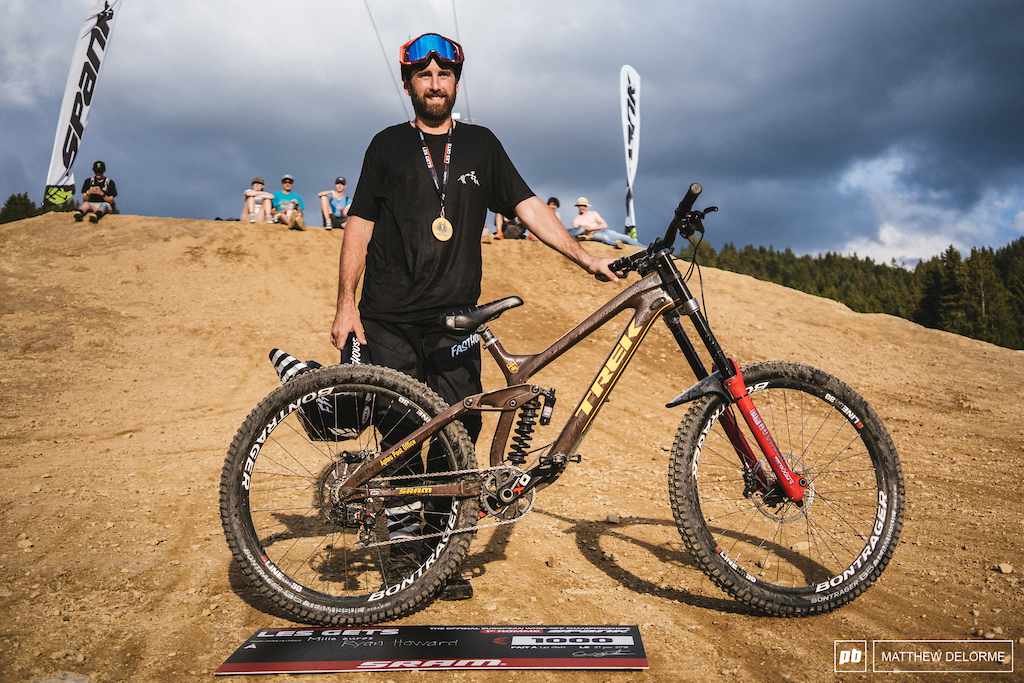 Ryan Howard is best known for his ridiculous whips and effortless style, but his custom painted bikes always attract plenty of well-deserved attention too. This season his Trek Session 27.5 has been painted with a UPS theme, which opens the doors for all kinds of puns about sending it...

As far as suspension set up goes, it stays the same no matter if Ryan is taking DH laps, attending a Fest Series event, or going past 90-degrees in a whip-off competition - stiff, with a medium amount of rebound damping. 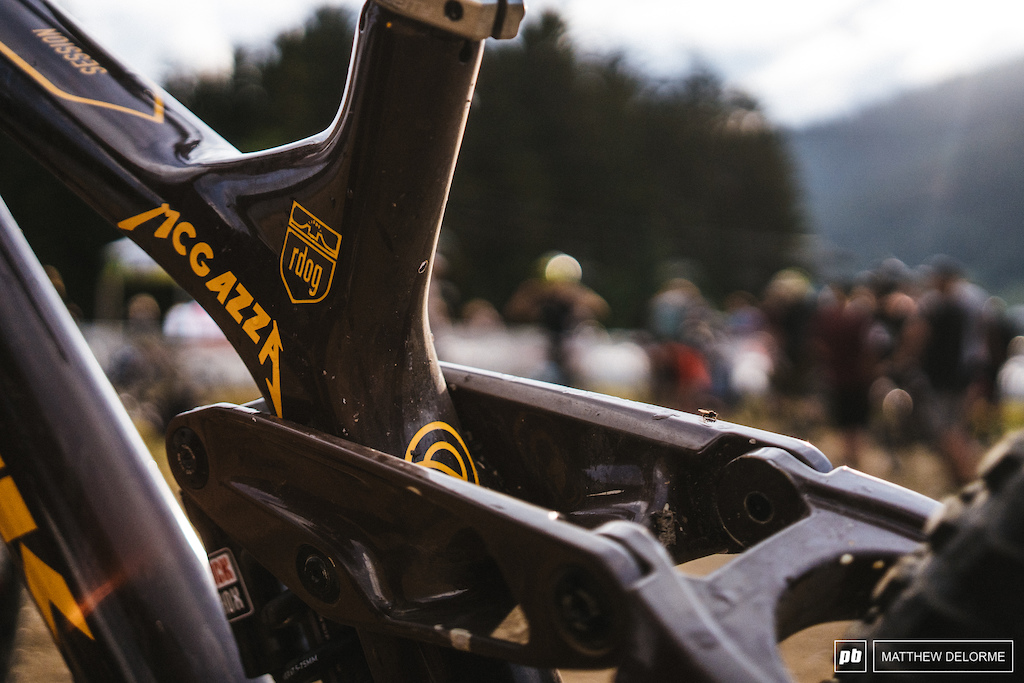 The Trek Session's custom paint job is full of little details, like this tribute to Kelly McGarry on the top tube... 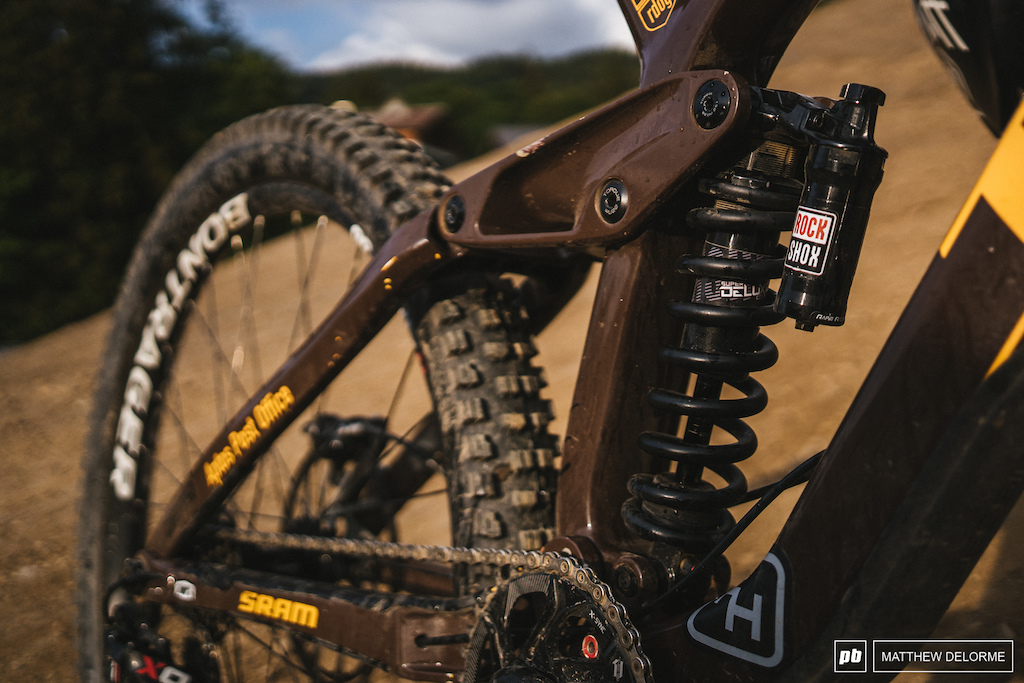 ...And one to the Aptos Post Office jumps on the seatstay. 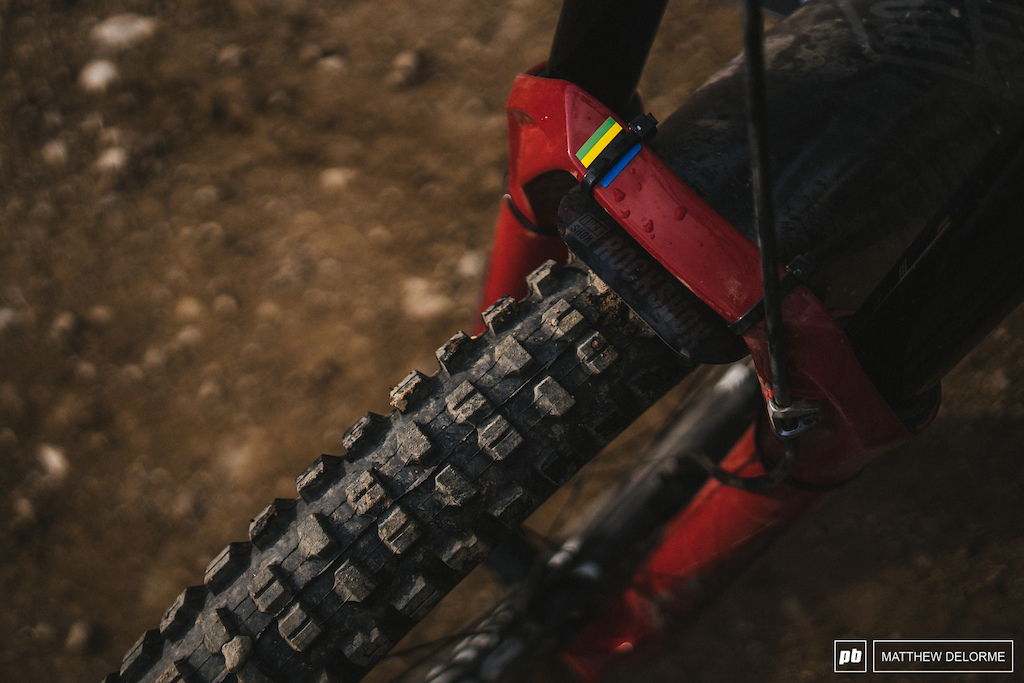 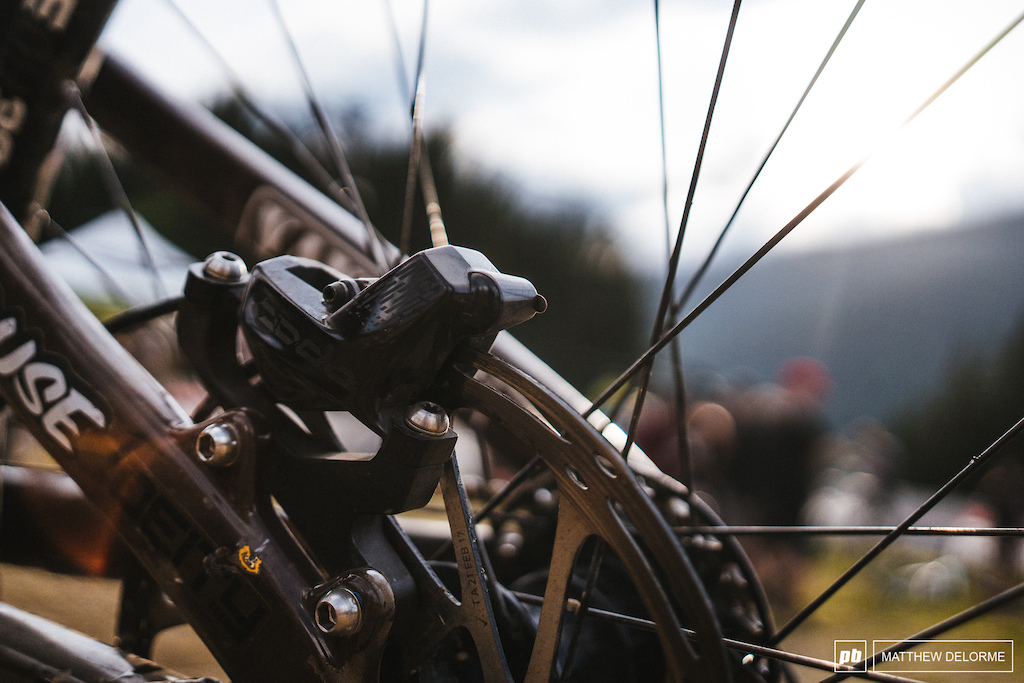 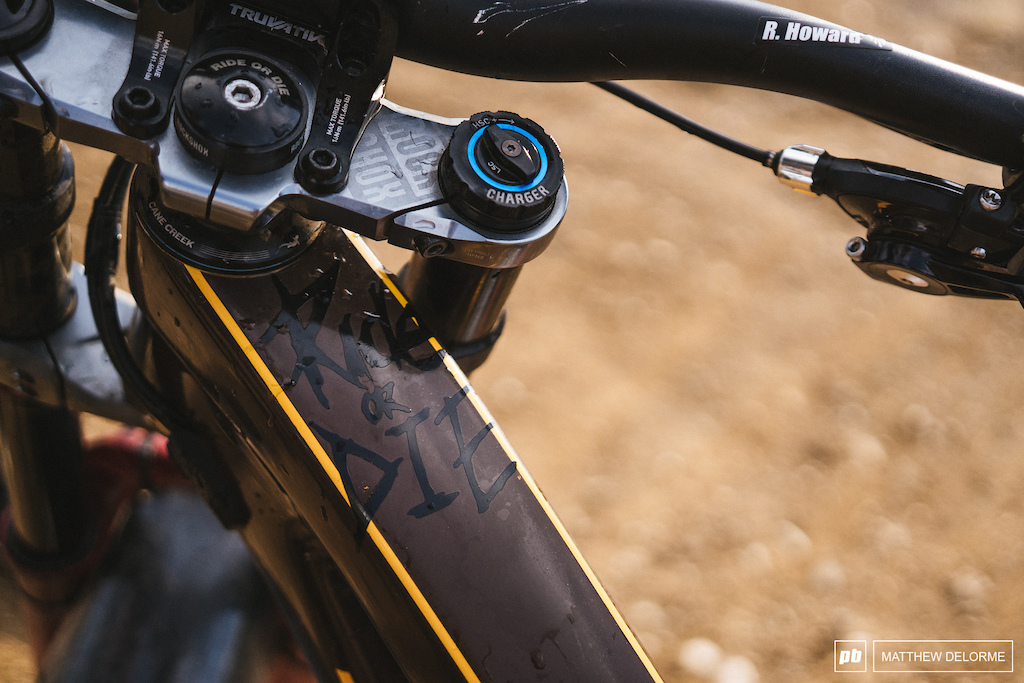 There's a fresh Rockshox BoXXer up front - it only has two days of riding on it, along with the usual assortment of Ride or Die stickers that always accompany R-Dog.. 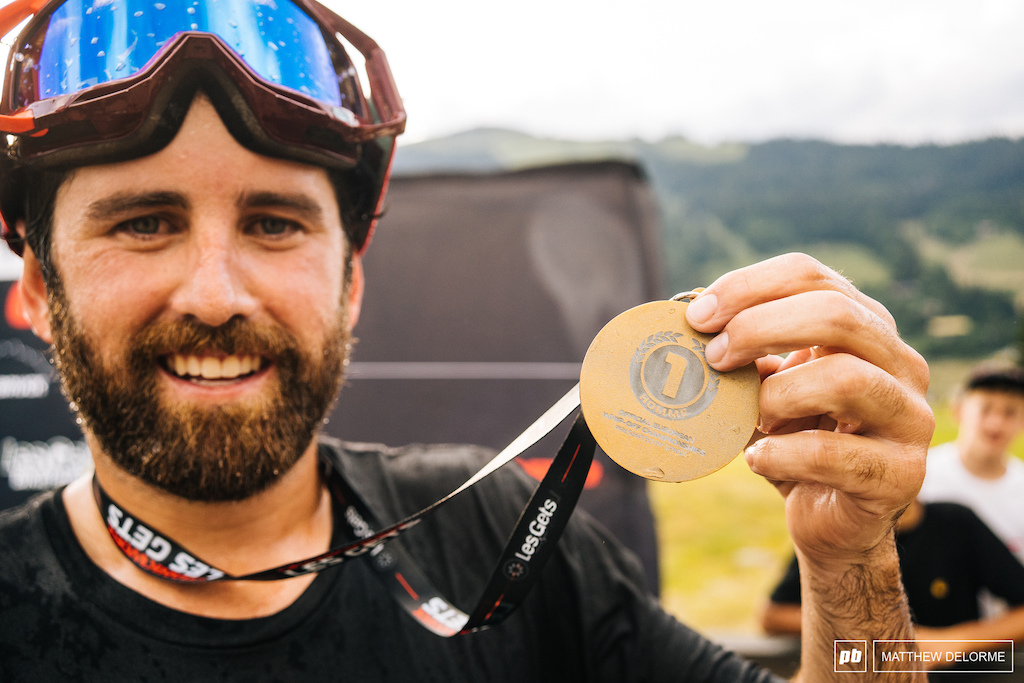 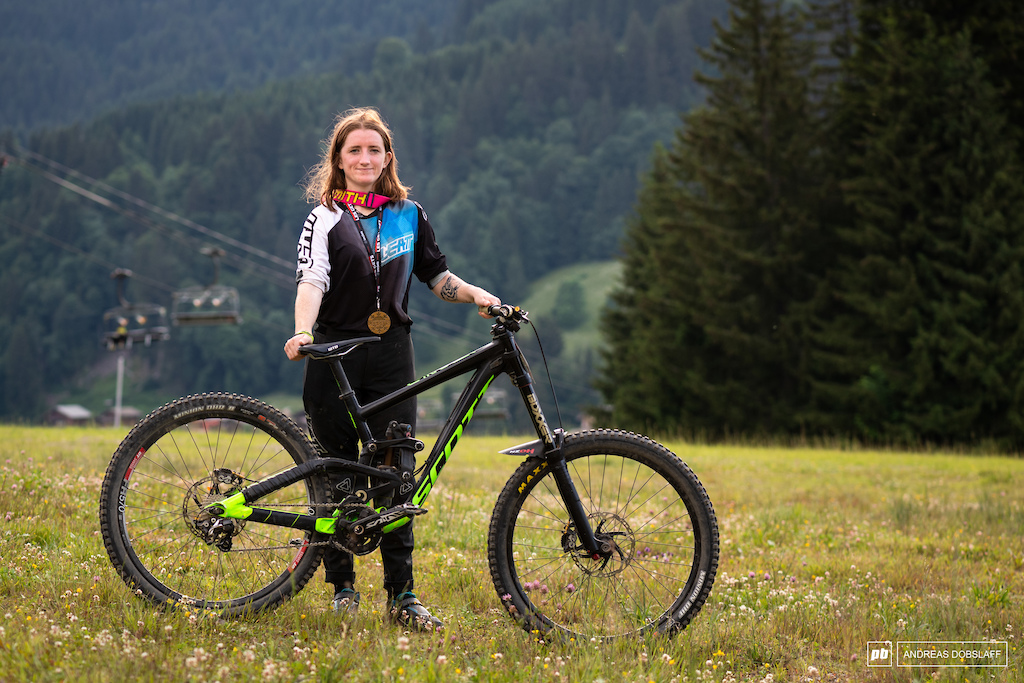 Vinny Armstrong took the win in the women's category aboard her Scott Gambler, a victory that even the speedy Kiwi DH racer hadn't predicted. 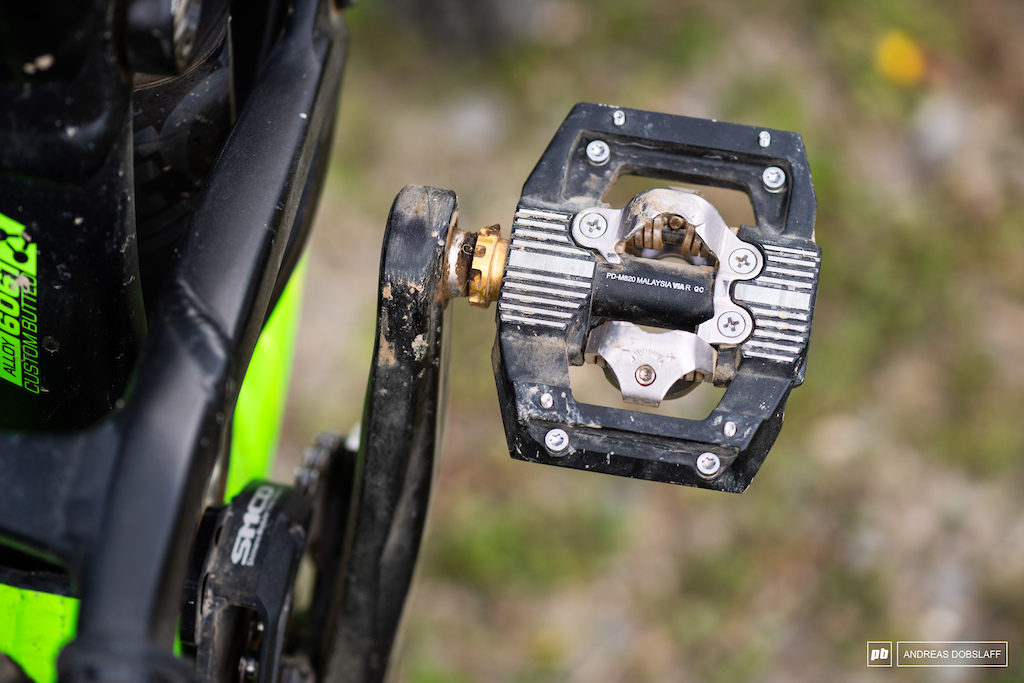 It might seem like flats would be the way to go for Whip-Offs, but Vinny came straight from DH practice and ran her Shimano Saint clipless pedals. 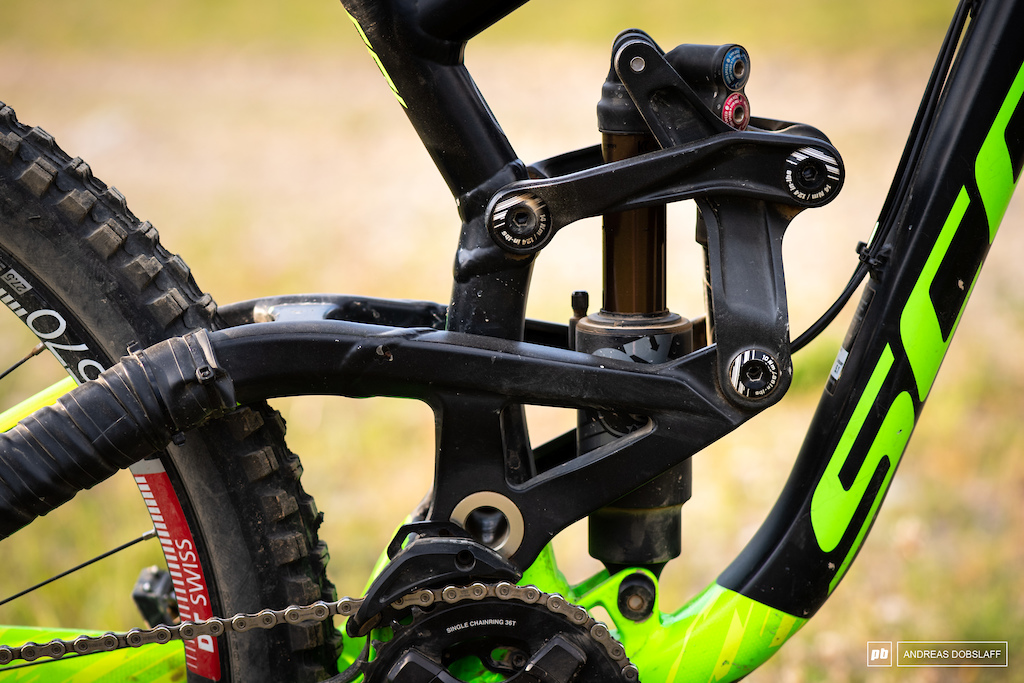 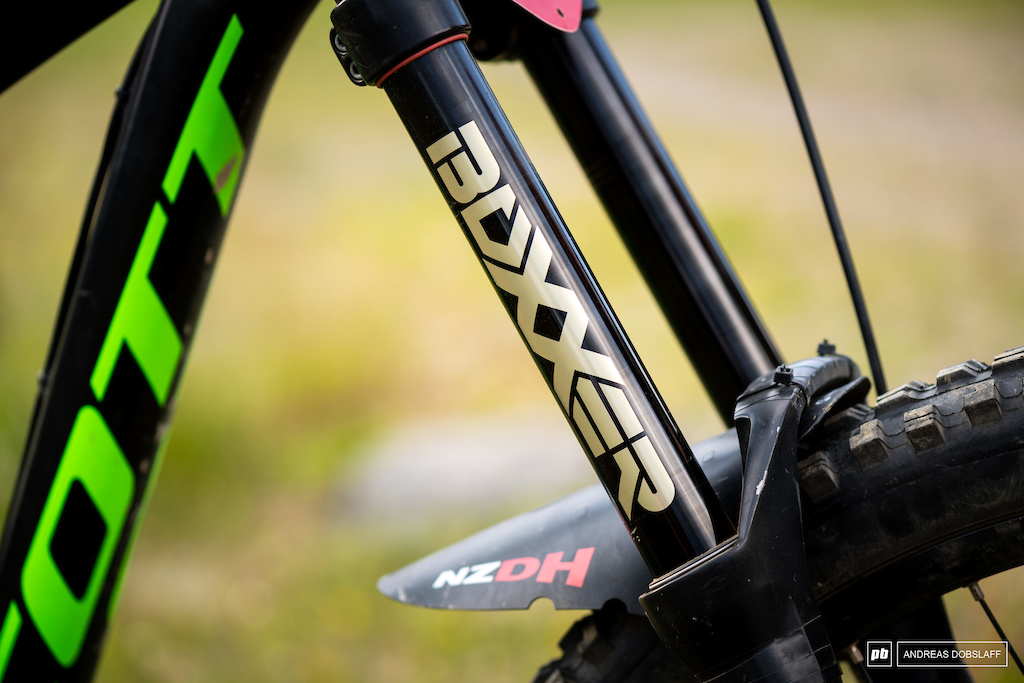 Vinny's Gambler's suspension is split between Fox and RockShox, with a BoXXer up front and a Float X2 in the back. 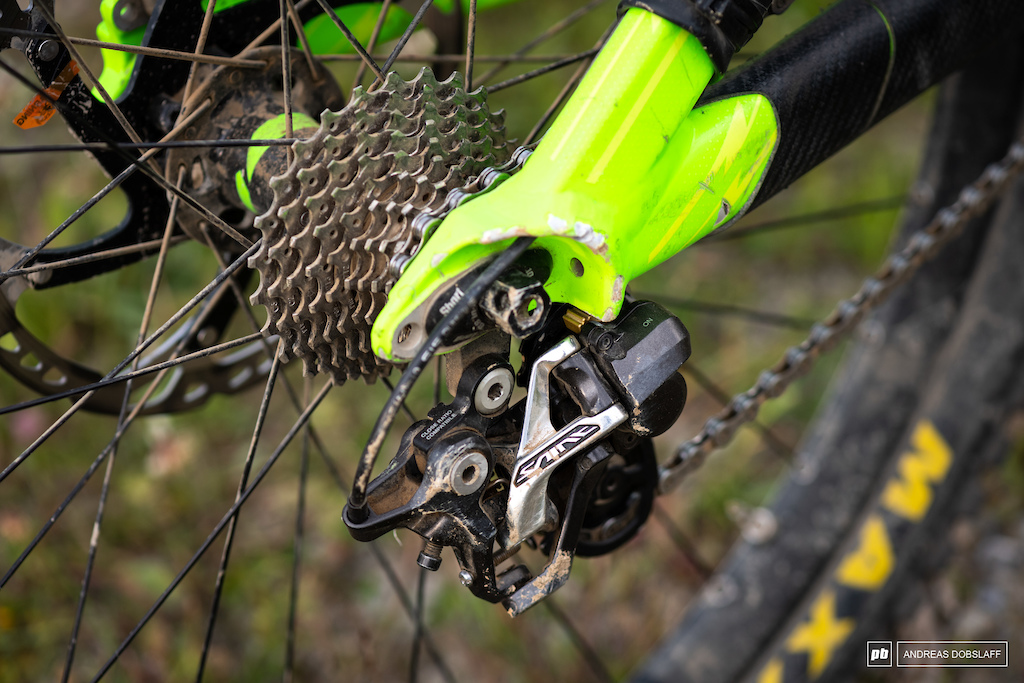 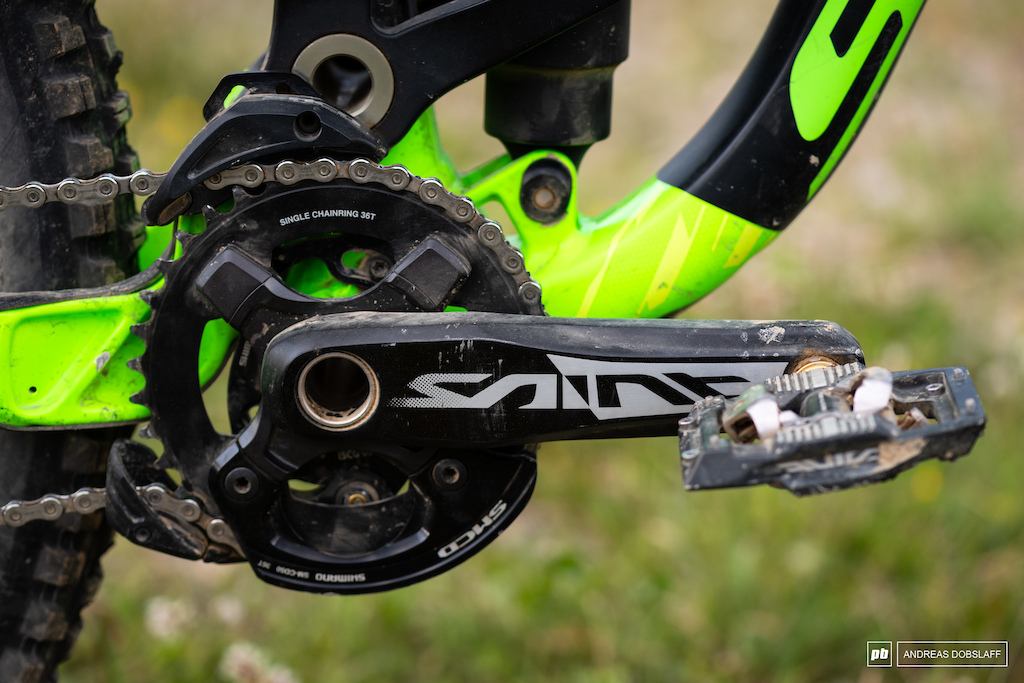 The bike's drivetrain and brakes are handled by Shimano's Saint components. 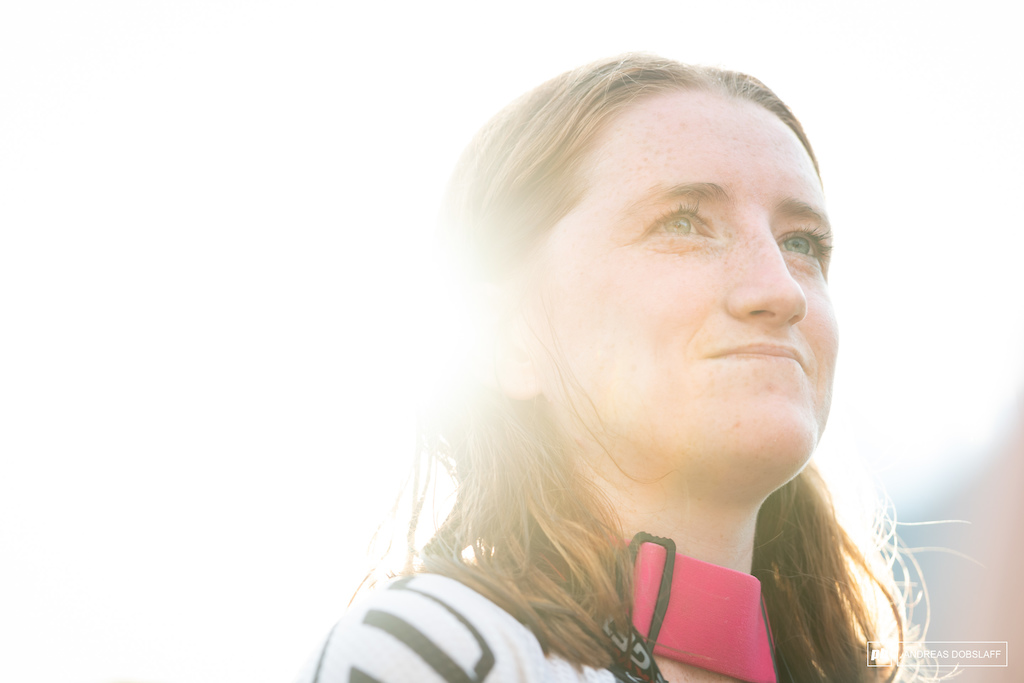 fecalmaster (Jun 22, 2018 at 8:07) (Below Threshold)
Does anybody really win a whip off? Is a diarrhea brown Trek even worth looking at? Will Batman strike this weekend? tune in next week for not too many answers!

And in more pressing news, is a diarrheal username worth replying to? Find out after this...

eliaso (Jun 22, 2018 at 7:08)
@bathman: because she is riding an older one. Just compare the castings and you'll spot some differences (except from the colour)

eyeslide (Jun 22, 2018 at 6:10)
everyone should call them clip pedals. i imagine most people don't remember what toe clips are anymore. a huge misnomer

blowmyfuse (Jun 22, 2018 at 6:03)
Too much of a good thing. Crankworx was awesome as a once a year event where all the worlds best got together and got to goof off for our viewing pleasure. Now it's just the same 24 to 48 riders every few weeks doing the same old thing. However....the Innsbruck loam DH was worth every second of viewing, so keep winning

onemanarmy Plus (Jun 22, 2018 at 12:52)
That's an idiotic thought process. By your thought process, every series in every sport should be a one and done.

What about uci downhill? Same riders?

You do realize that every course is different and every event is a new opportunity... right?

It was an insanely unique event to the crown jewel of the sport & the only thing so unique that it took place nowhere near anything on the mountain. Just 3 jumps a couple thousand feet up the hill.

mikekazimer Mod Plus (Jun 21, 2018 at 23:59)
Ugh, this old debate. They’re called clipless because they don’t have toe clips and straps. Think of the term as an homage to the history of the sport.

Sheldon even explains this on the Bicycle Glossary.
Doesn't matter, "Clipless" was so last decade, Ultraboost Foot Interface will replace it as a standard soon anyway.

makripper (Jun 22, 2018 at 1:56)
@mikekazimer: it's funny. he's right becuase they actually are clip in, not clipless. if anything, flats should be called clipless.

makripper (Jun 22, 2018 at 4:37)
@felimocl: and i'll keep on not caring how you fake vote on a pointless website in a useless comment thread about something that really doesn't have an effect on anyones lives.

as a bonus, I will always think that sheldon brown is a tool.

And also I'm generally surprised that you consider somebody who went to the effort to provide a huge database which is easily accessible and incredibly informative a tool.

makripper (Jun 22, 2018 at 15:54)
@felimocl: for the entertainment you are providing me. I just come here for the stupid comments. For good content i go to the other site. Works boring sometimes hahhaa.