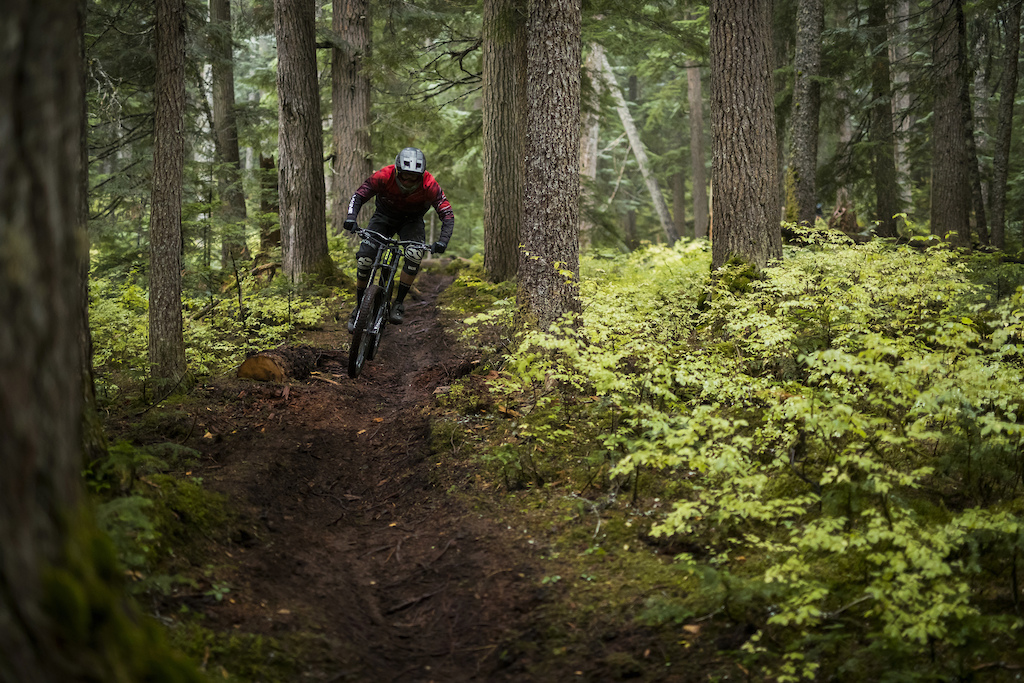 New trails. Who doesn't like the sound of that?

I have always loved new stuff. As a kid, whenever I got a new toy I brought it to bed every night so I could be sure it would be the first thing I saw in the morning when I opened my eyes. I’m not just talking about cuddly teddy bears, I brought toy trucks with sand from the sandbox, BMX bikes, and skis (for the decade before snowboarding was a thing) and even a pet turtle before my mom altered that course of action.

When I got older it became more difficult to bring the “new” to bed. The motorcycle was probably the first challenge and sleeping next to it in the garage was the only option. By the time the consumables grew to the size of a VW van I just slept in the back. I don’t know what a shrink would say about this compulsion but as a grown man I still get really excited about new things and want to spend all my time engaging with them, even if it’s just mind surfing a fresh bike while it hangs on the stand in my living room.

We have been hyping the Creekside expansion for a while now and despite the new access point it wasn’t as exciting because it only came with old trail offerings and a trail we’ll just call unbecoming of the WMBP reputation. This week we will be opening the Creekside for the year and I’m excited to say it will include new trail offerings. Though technically not mine, I feel like this new thing will be a game changer and have a really strong feeling I might be camping out so I can sleep on the trail somewhere this weekend.

On a scale of 1 to 10 of new things excitement, with a new pair of jeans being a 1 and a new puppy being 10, riding my new bike on new trails is probably a 9.8. Some classic PNW Junuary weather has saturated some of the trails so a few sections will remain closed until they get a bit more time to cure. Regardless, this new zone will open (along with the Garbanzo Zone) adding a massive amount of trails to the mix for you to come ride. 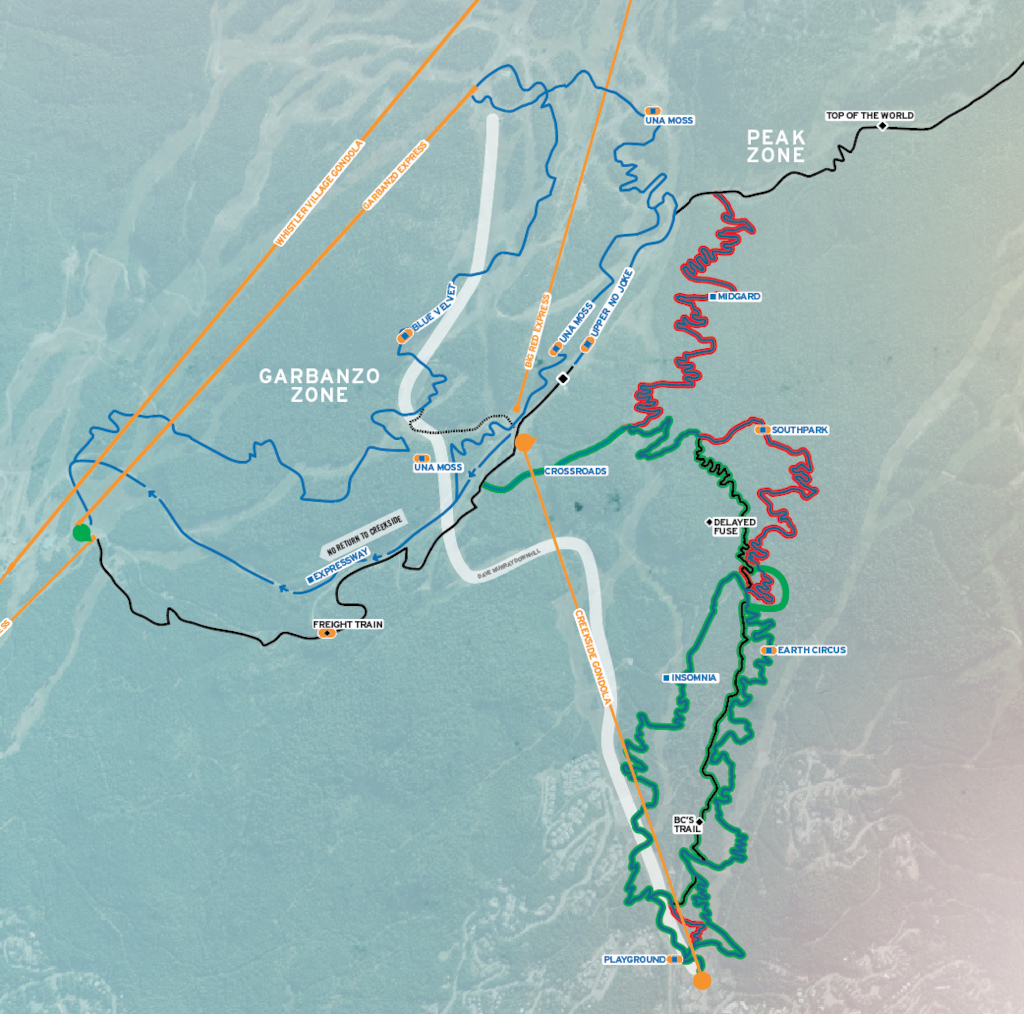 Green outline is expected to be open, red outline still needs some time. Please note this zone will be for advanced and expert level riders only, as the only route down currently involves a mandatory black diamond tech trail until we can get the rest of Southpark dried out and open.
Creekside Opening

Creekside will open up with a strong sampling of the new trails in the zone. All riders will head down Crossroads to the start of Southpark, and be quickly turned onto the black diamond single track trail Delayed Fuse. From the bottom of Delayed Fuse, you will have the choice of Earth Circus and Insomnia, two blue flow trails, or BC's trail, a black diamond tech trail that has been added to the Bike Park offering with the opening of the Creekside Zone, to take you back to the gondola.

Please remember, if a trail says "closed" it is, in fact, closed. Riding on closed trails damages them and sets back their opening timeline for everyone, so enjoy what's open and we will make sure to let you know when we drop the rope on anything new. 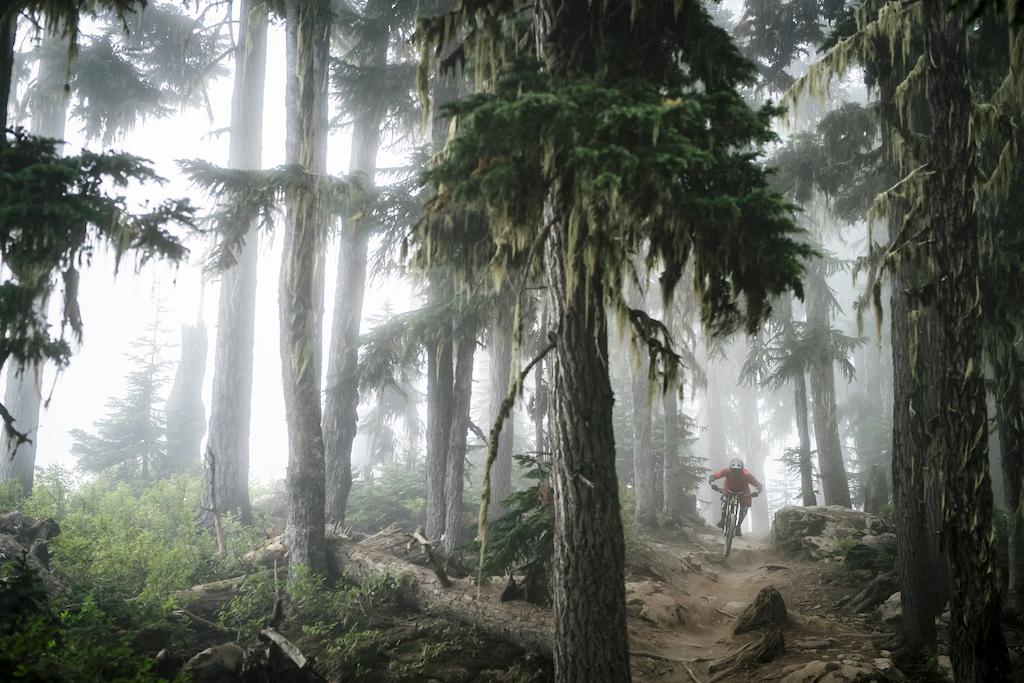 The Garbanzo Zone will also open on Saturday, with nearly a full roster of trails to ride for the first this season. We expect a few closures higher up as the trails continue to drain out from two weeks of cold and wet weather, but look for the majority of the zone to be up and running. The zone will be Garbo Chair access only, no access from the top of the Whistler Village Gondola.

mtbakerpow (Jun 17, 2018 at 17:31)
I rode all the new trails yesterday,f*ckin sick! Steep loam and lots of tech shiz. And a fun new flow berm trail! Get it before the dirt is gone! Lots of off camber roots/rocks!

CrashBandit (Jun 17, 2018 at 22:32)
was delayed fuse amazing? No. Its kinda fun and refreshingly different. Insomnia is super fun blue flow, expect it to go to hell in a short amount of time. BC's track is still just kinda flat and awkward.