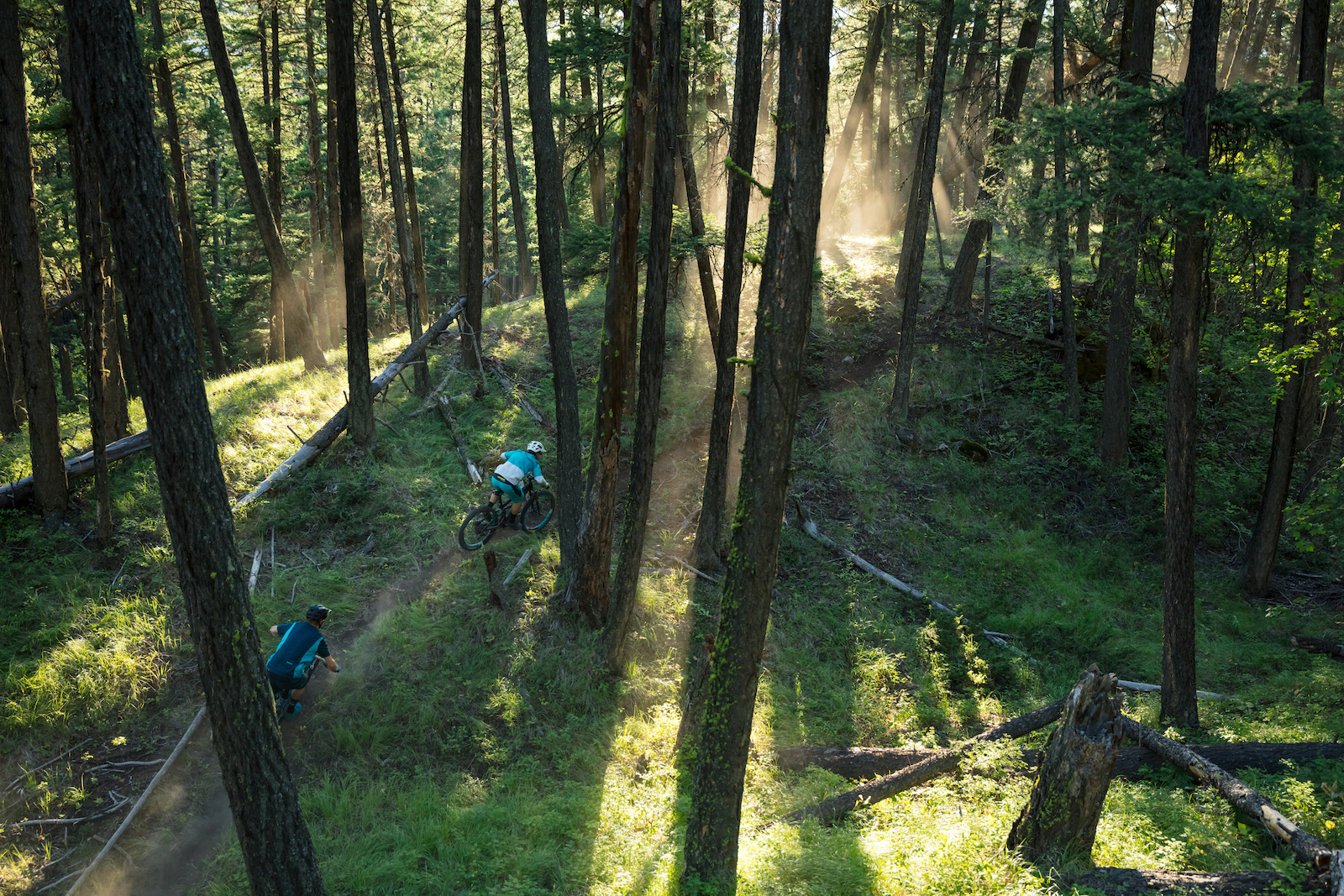 As mountain bikers it is our nature to explore and get lost in the woods in search of the next prime stretch of singletrack. Riding in Whitefish and the surrounding Flathead Forest of Montana, there are opportunities abound for us to fulfill this inner desire. Whitefish Mountain Resort is the hub of riding activity with purpose built park jumps and rugged natural, mountain lines linking together a lift-serve experience that rivals any park in the country. We spent many an afternoon testing the limits of our trail bikes there. Venturing outside of town limits and into the fringes of this sparsely populated state, miles of trails were revealed. The high ridge-lines of the Alpine Trail network provide distant views of glaciers and what felt like endless turns. Further west, strewn between the lakes region, we found untracked dirt veiled by seasons of pine needle decay. After a week exploring the region, we began to question ourselves and ponder relocation to this alcove of like-minded riders, world-class trails, and the plethora of local breweries was an additional draw. 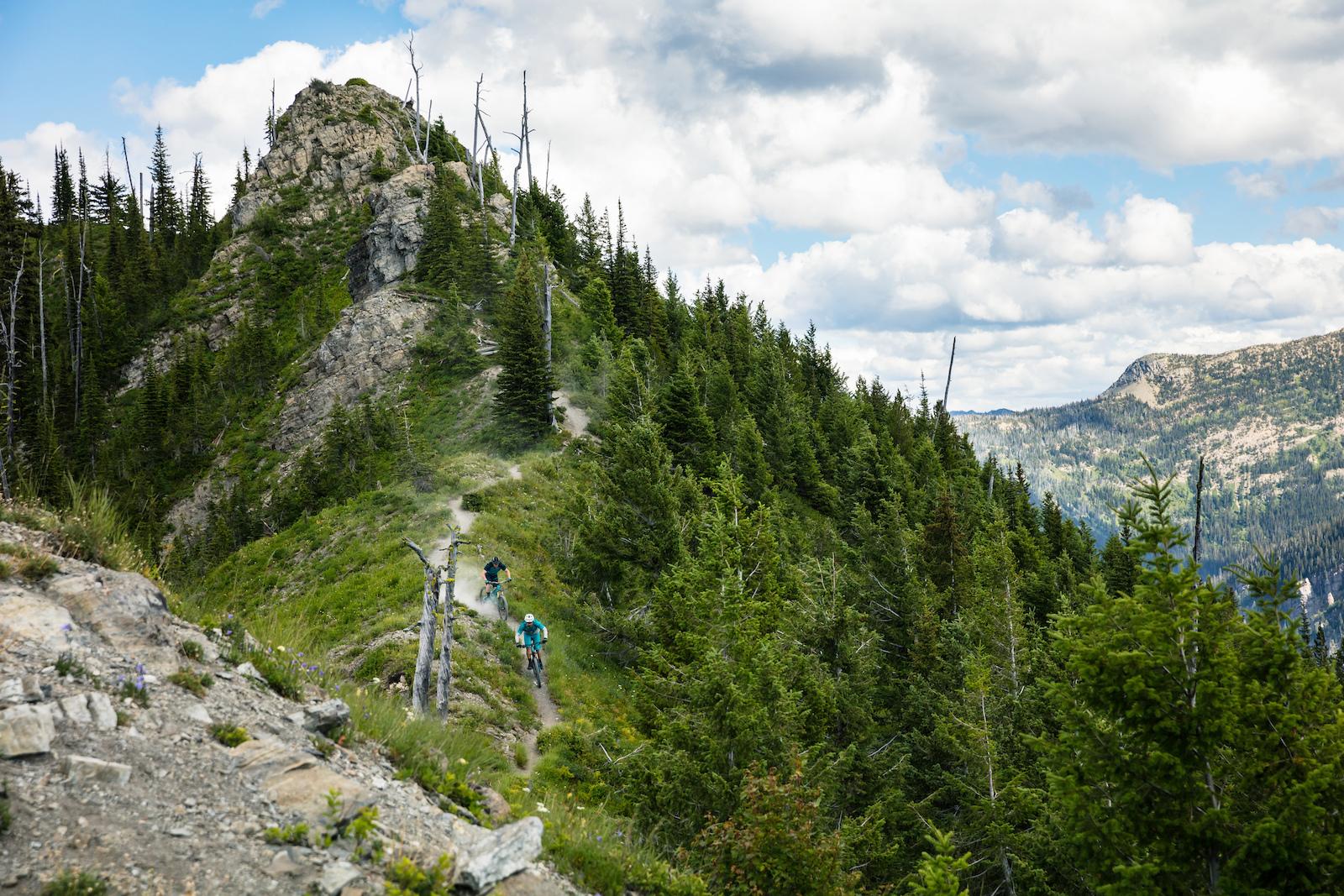 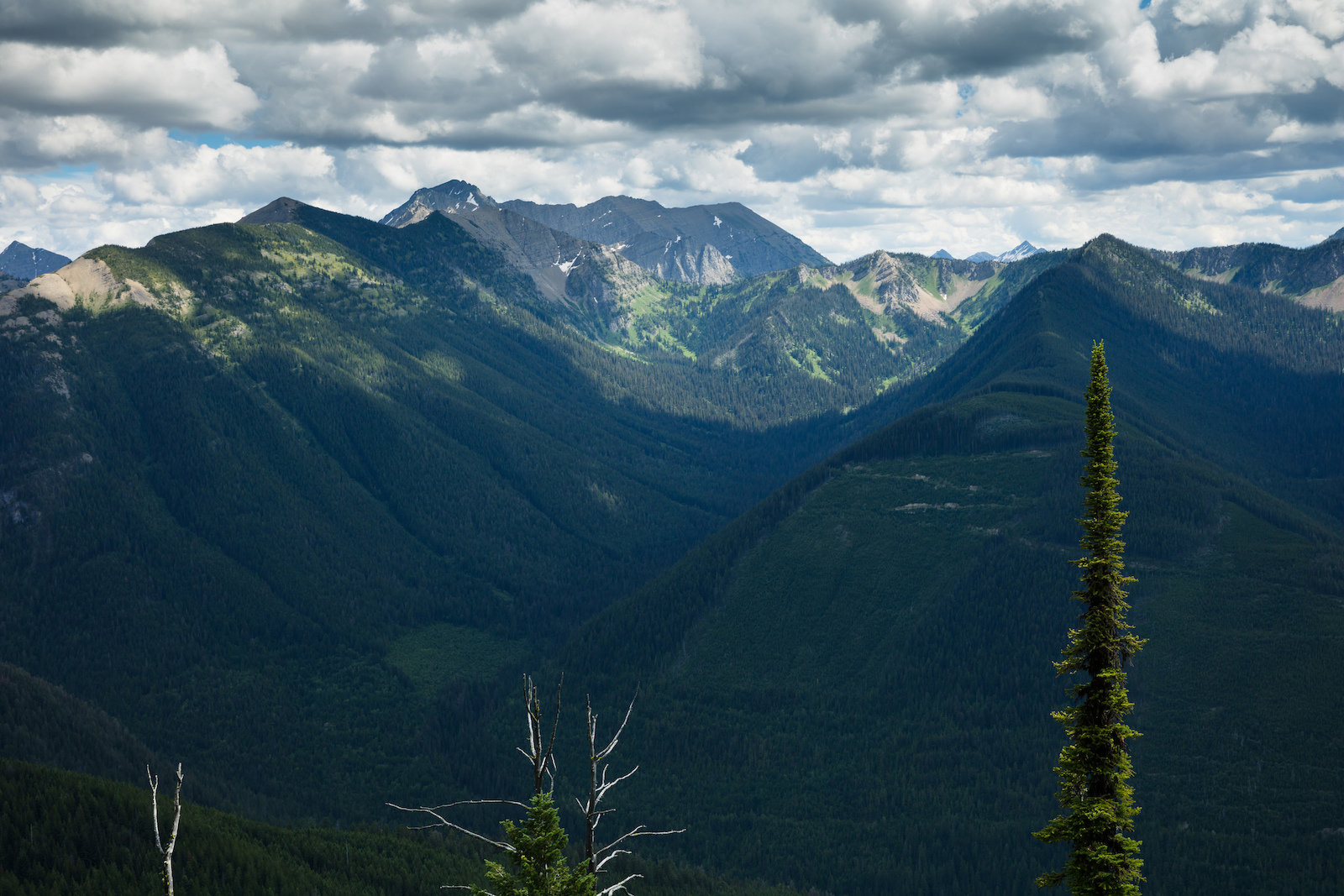 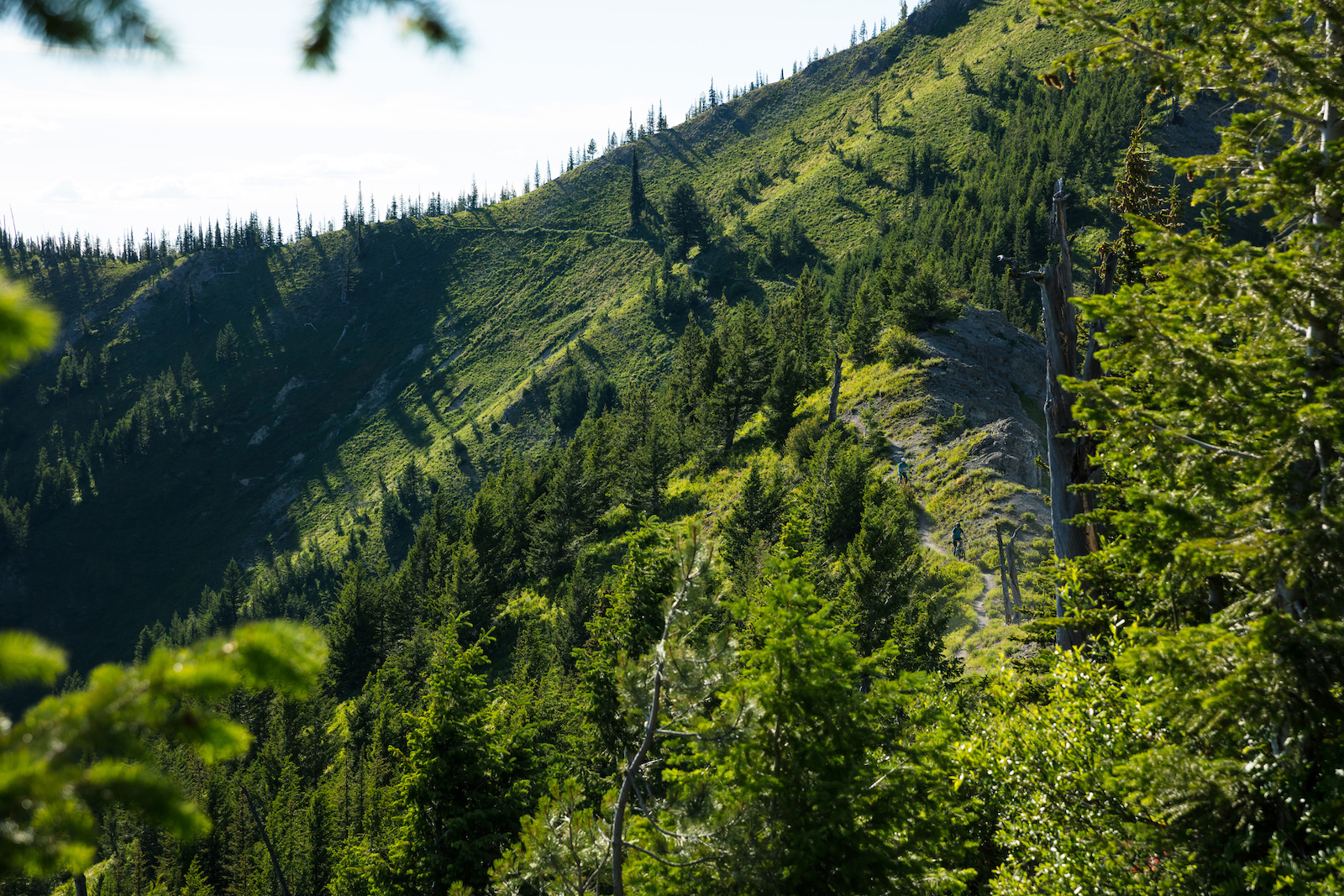 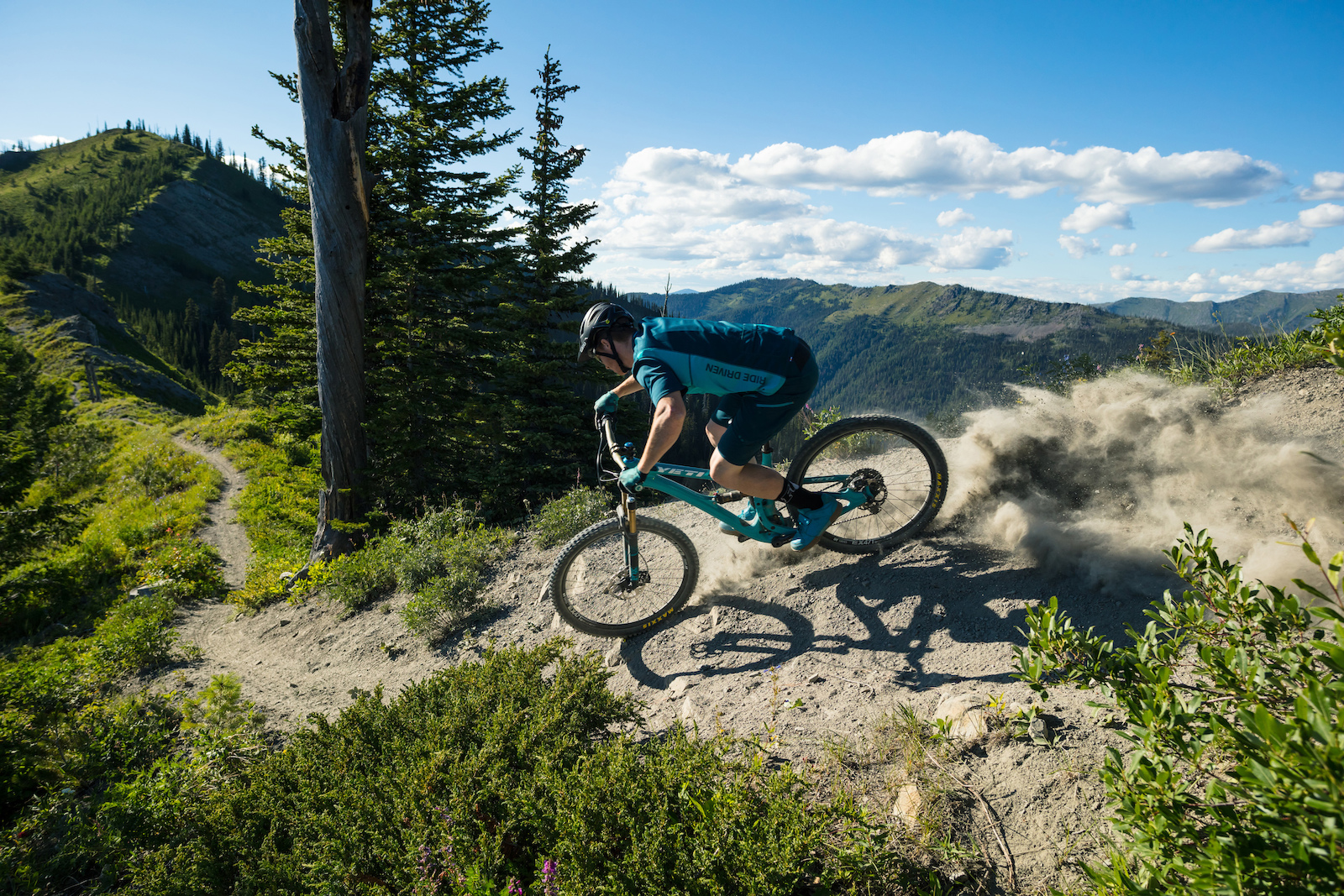 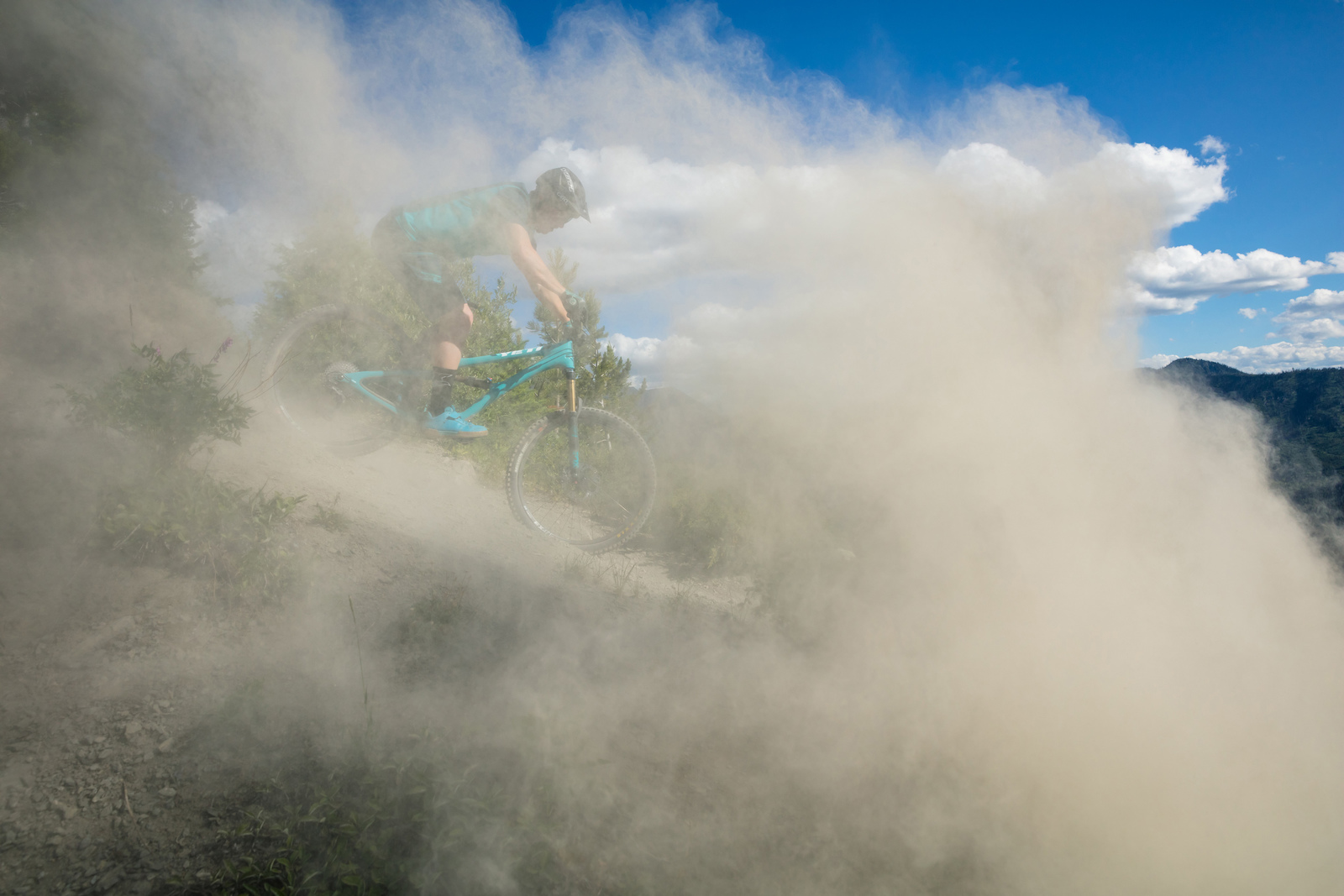 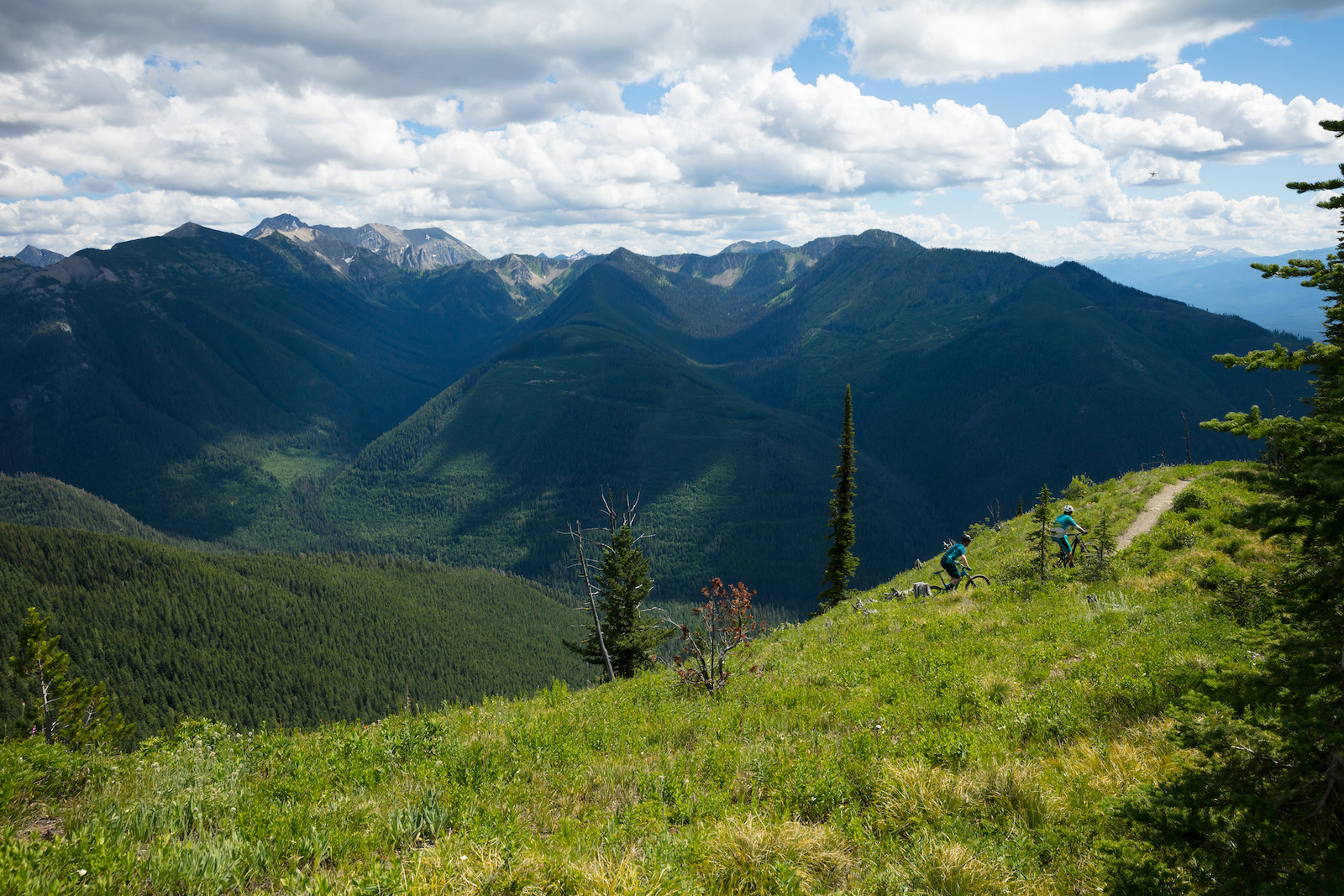 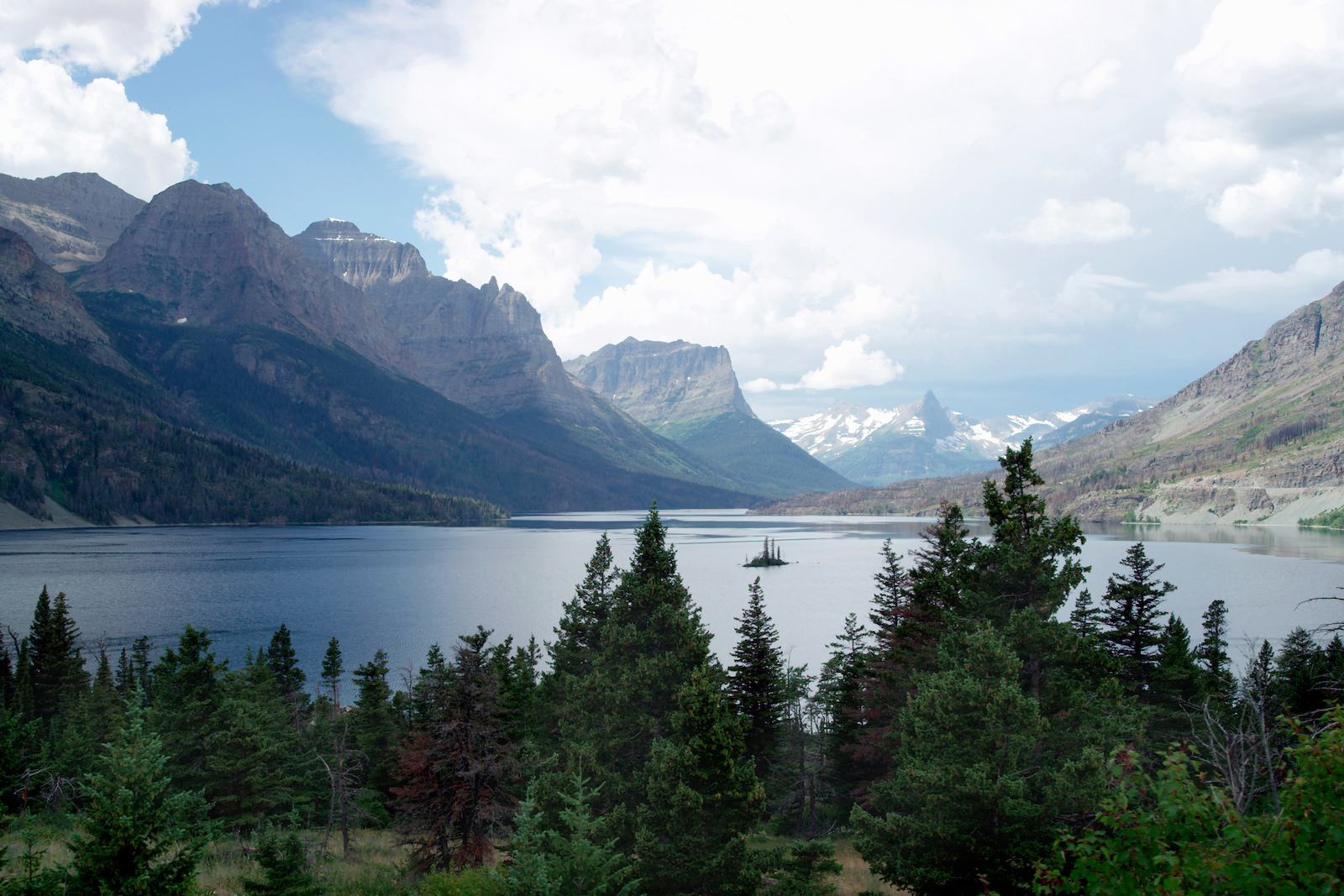 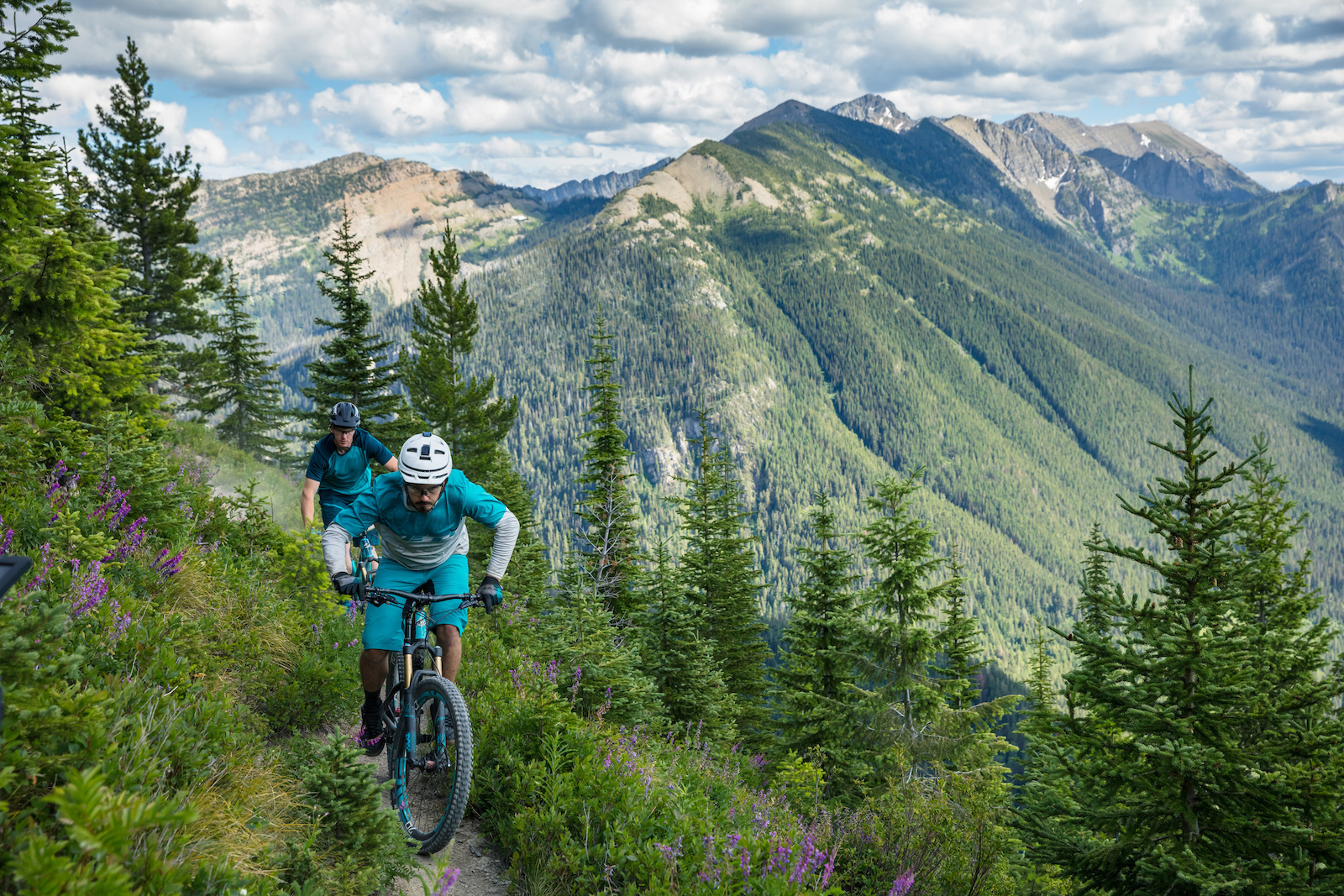 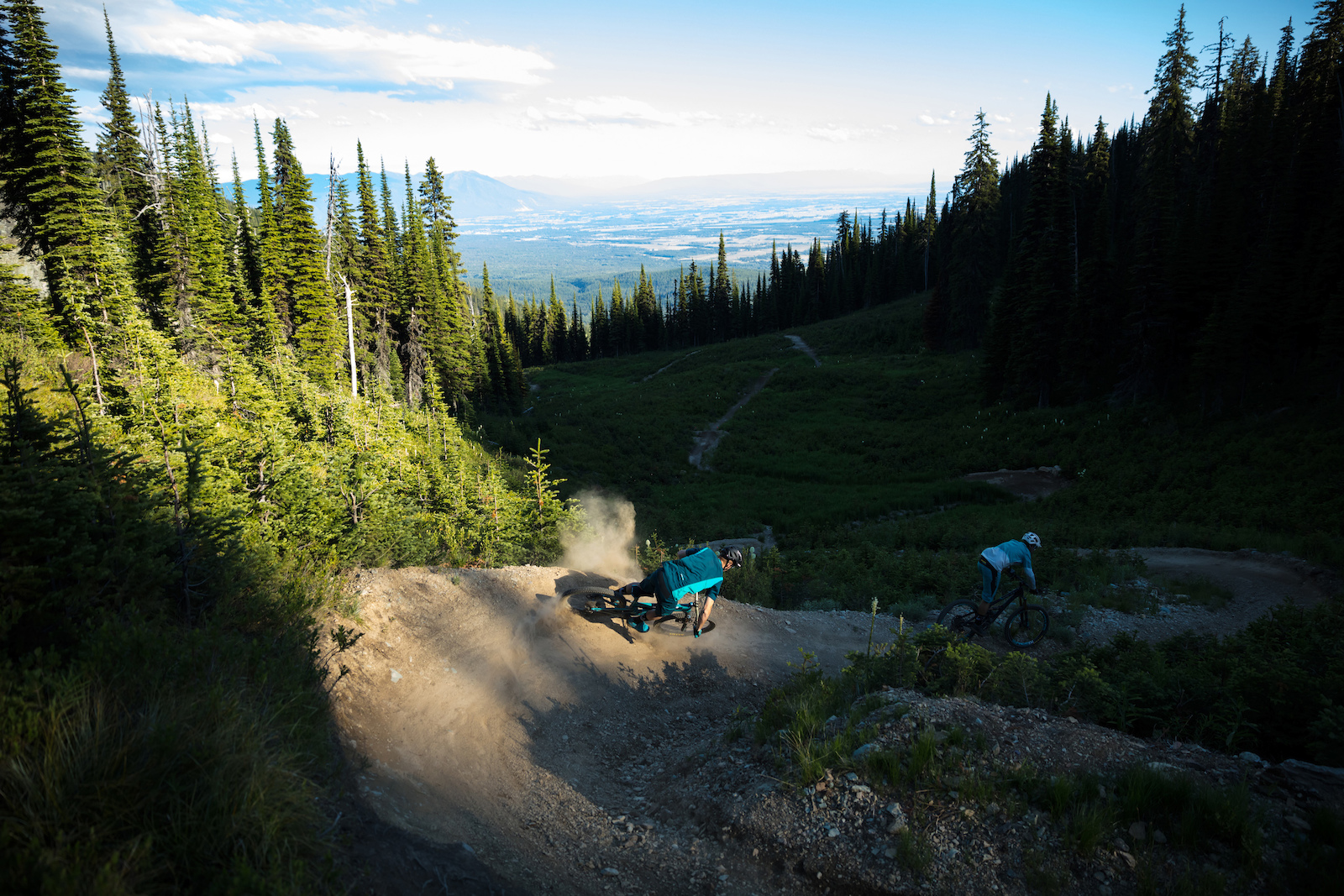 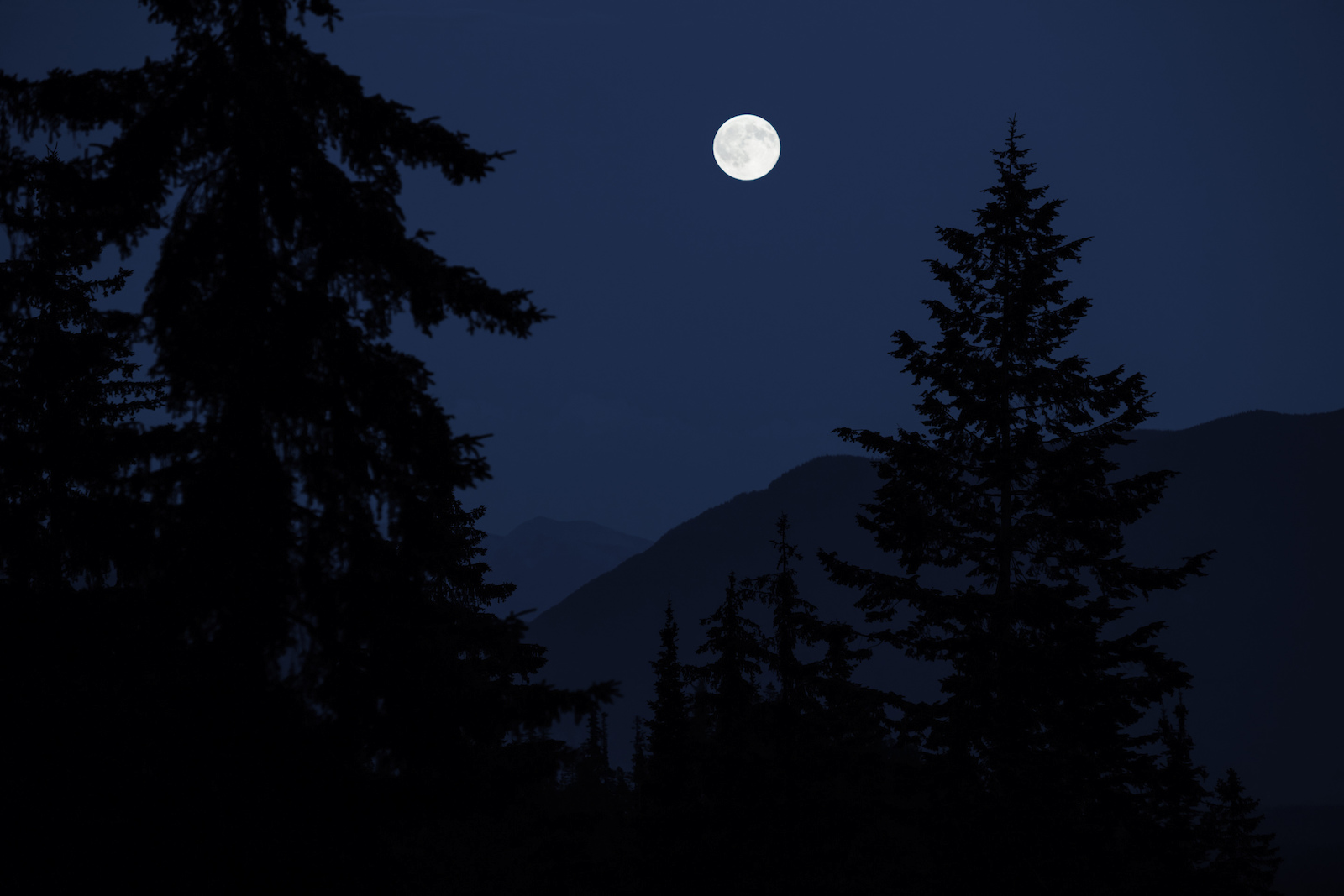 The long days of the summer months in this northern region led to multiple ride sessions in the day. In the morning, we hit up the local townie flow trails of Spencer Mountain. These would be a central feature of any other riding region but were just one of the many offshoots from downtown Whitefish. In the later afternoon when the daylight stretched well into the evening, we headed deeper to more remote locations, ending our days under the blue glow of the summer night sky. 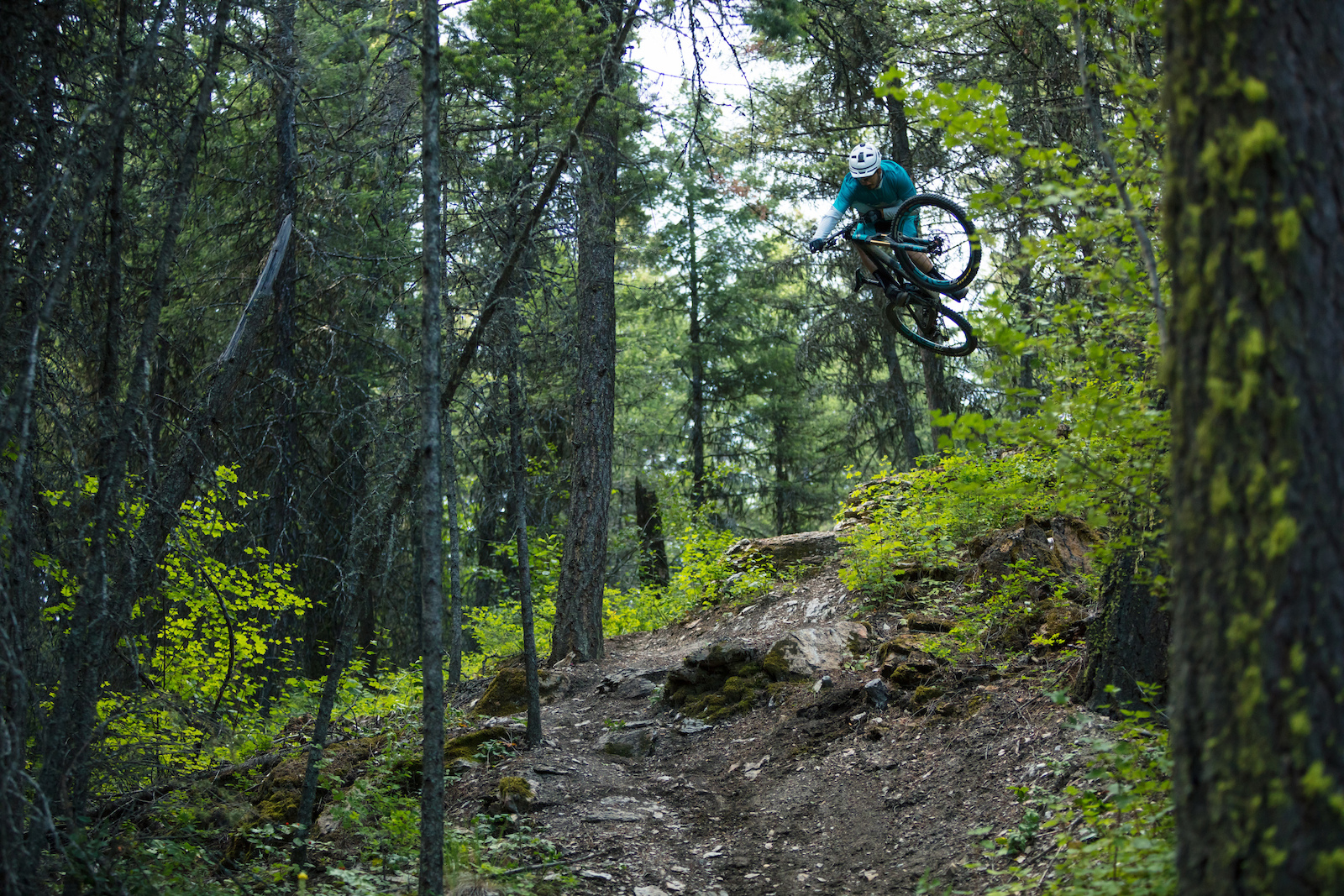 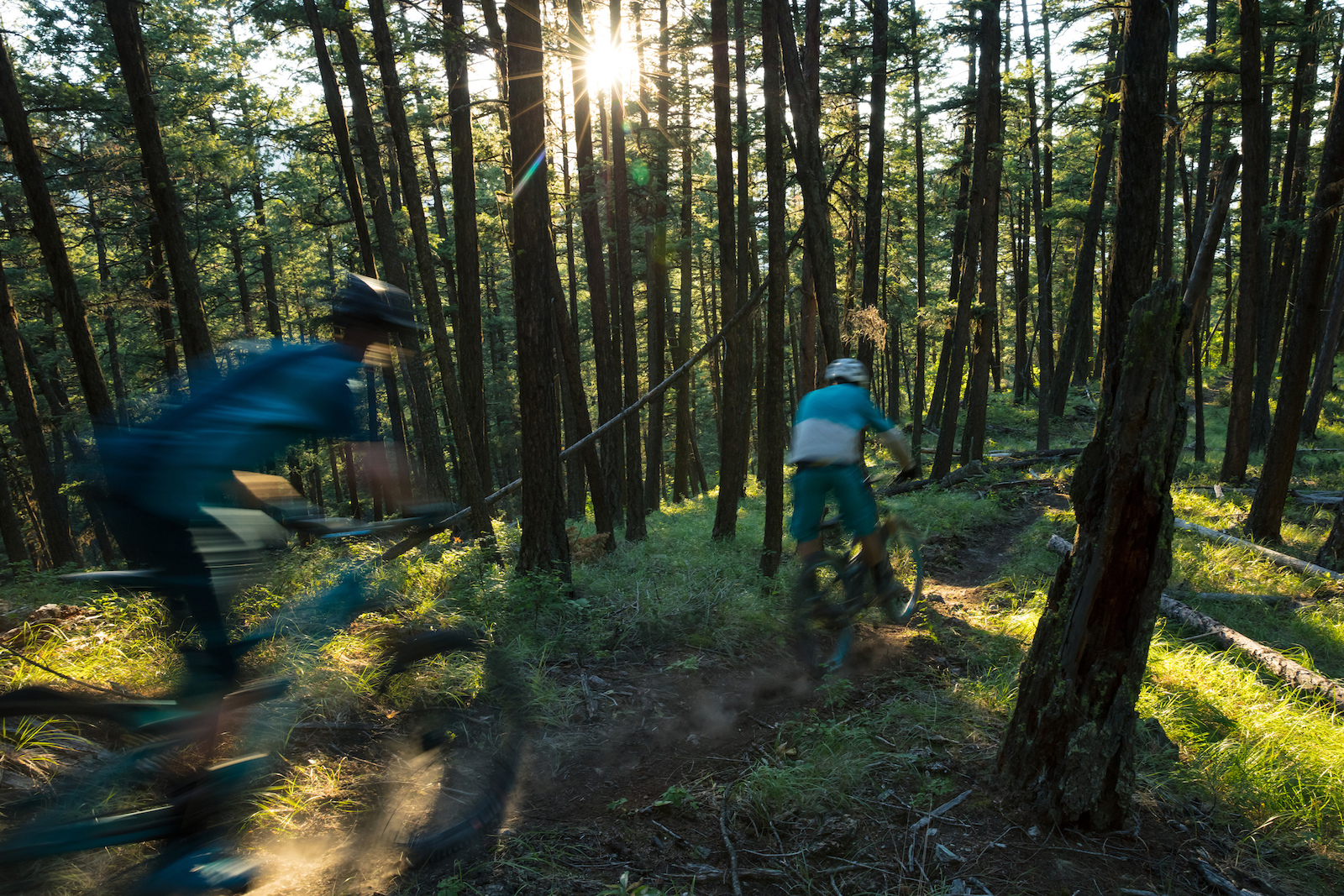 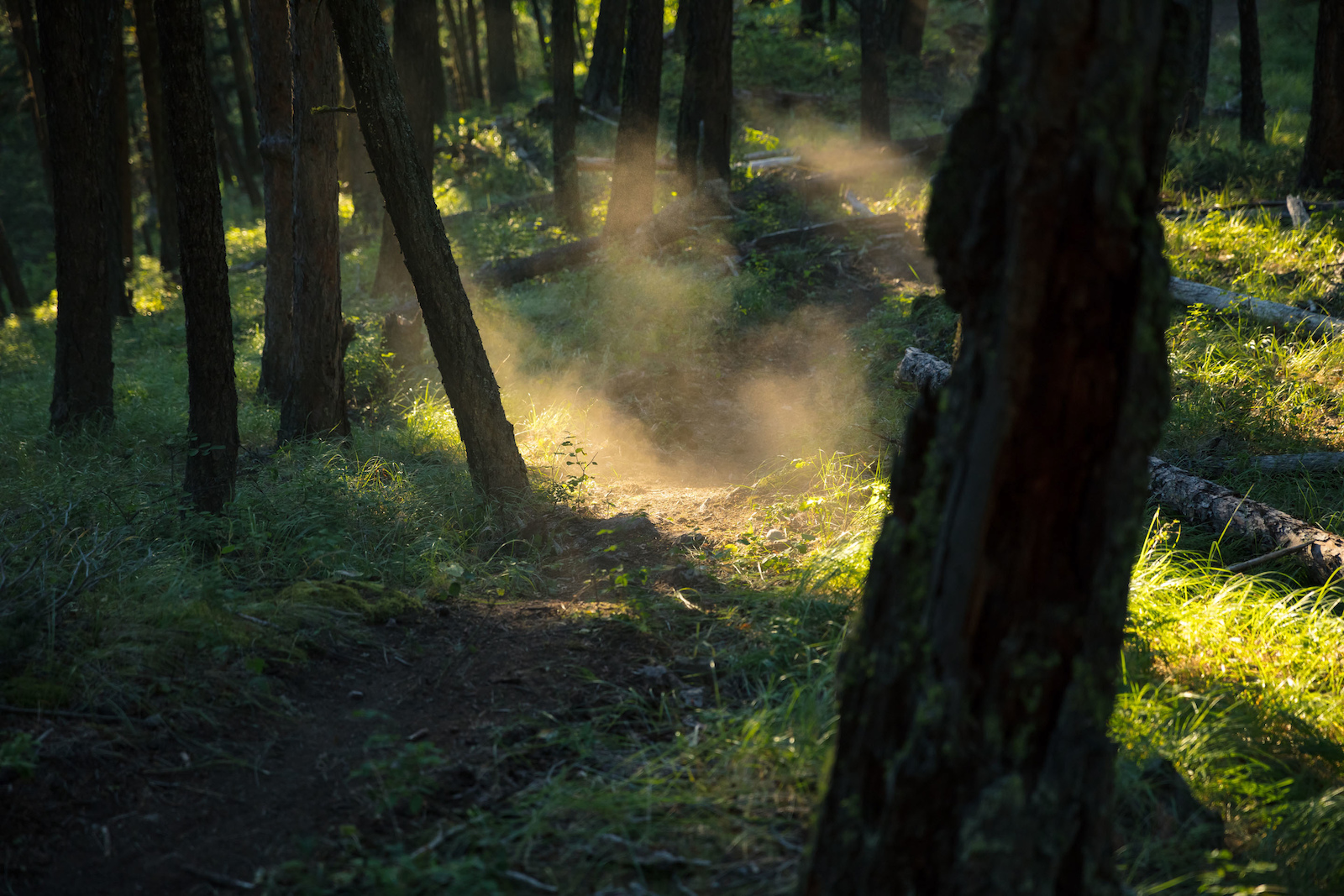 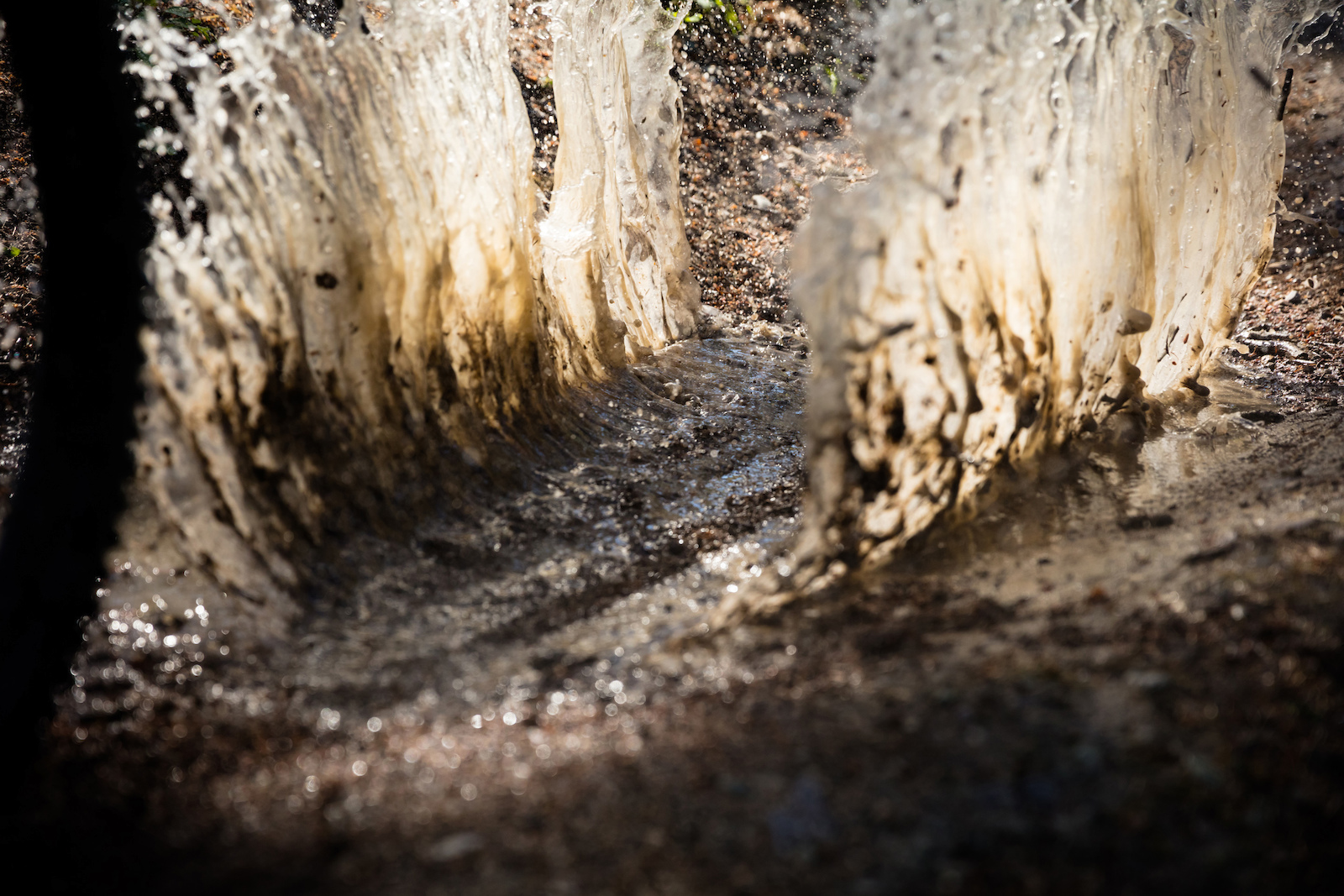 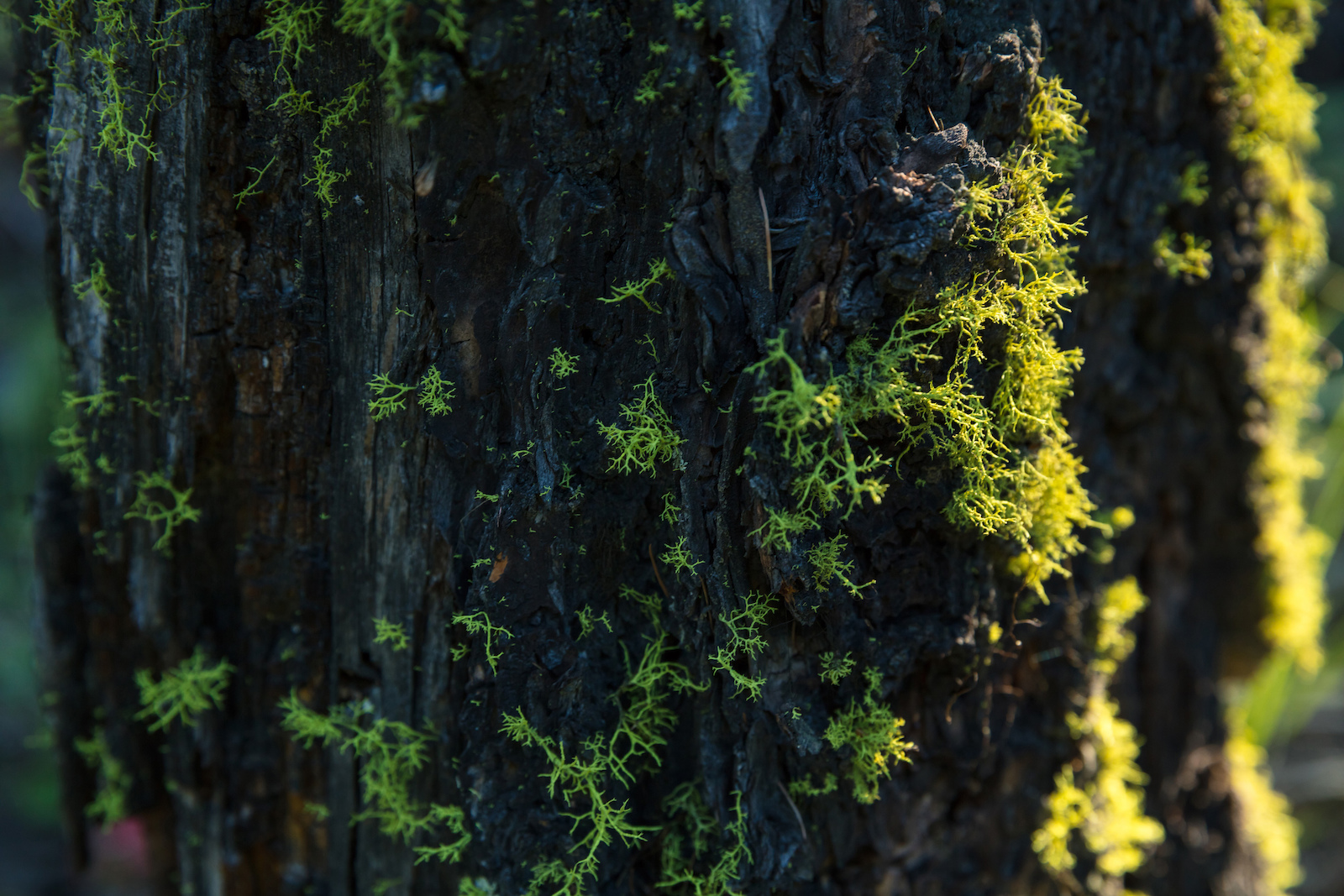 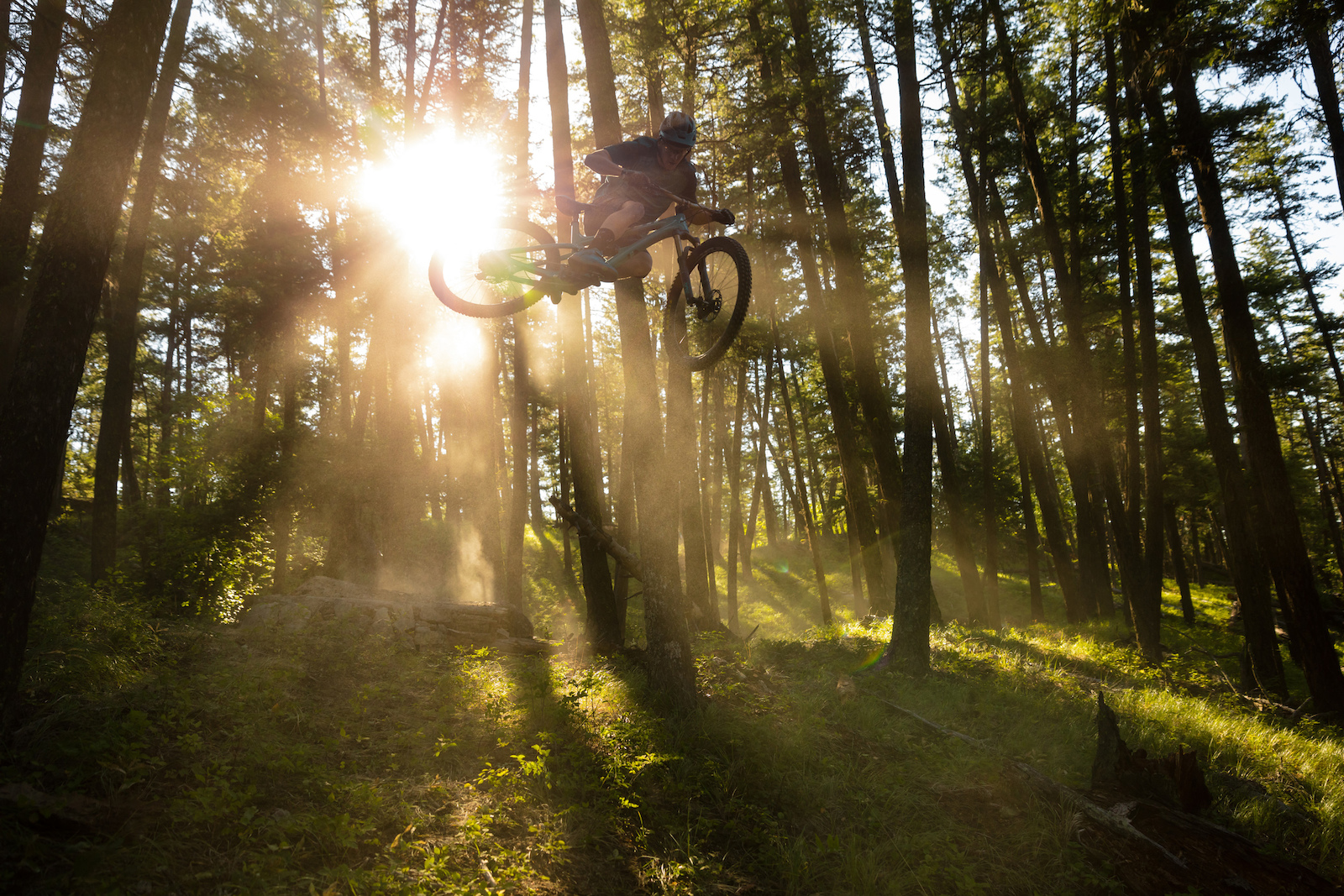 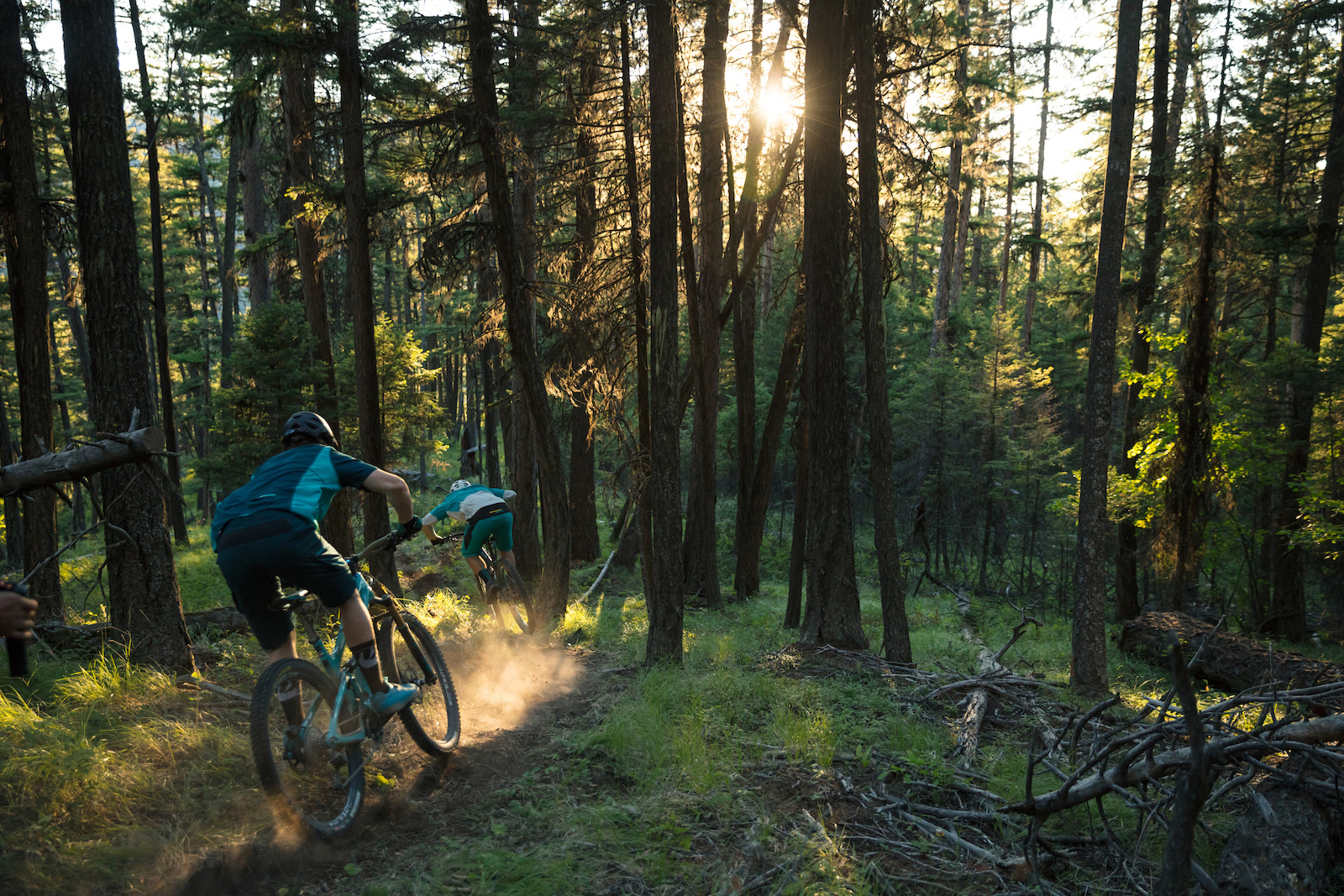 Is it better to research and ride known commodities of trail or pick a spot and take a chance? Well, the latter was our strategy to explore the lakes region west of town. Late one evening with motivation fading and the Trailforks app listing most trails as “unmaintained”, we risked pointing to a spot on the map. Heading out into the unknown, we bush-wacked our way in. With dissension among the ranks and night closing in, our perseverance was rewarded. We found fresh dirt preserved under the cover of past seasons’ fallen flora. Nature preserving nature. As our knobbed tires uncovered these un-tracked trails, hoots and hollers echoed among the trees. 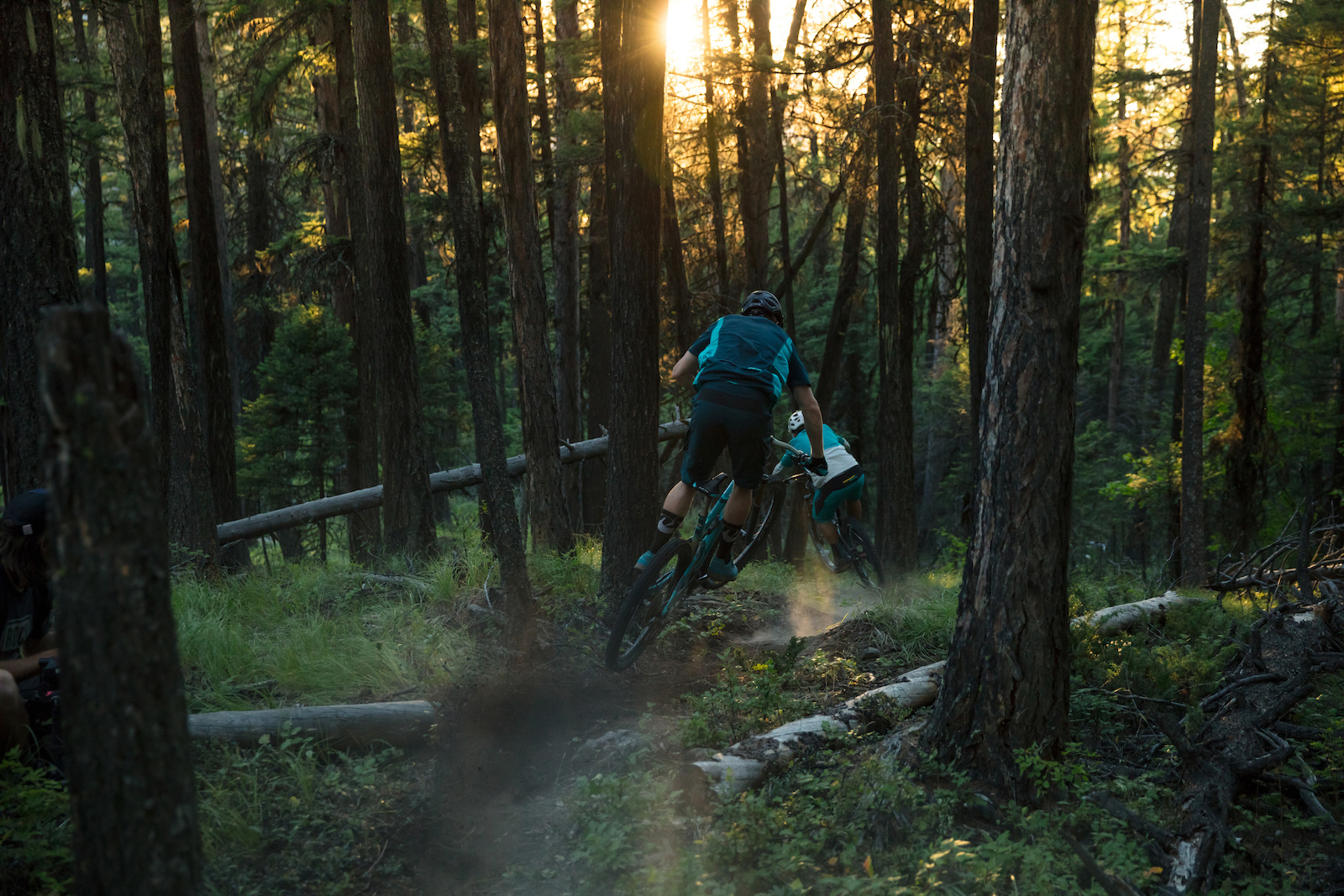 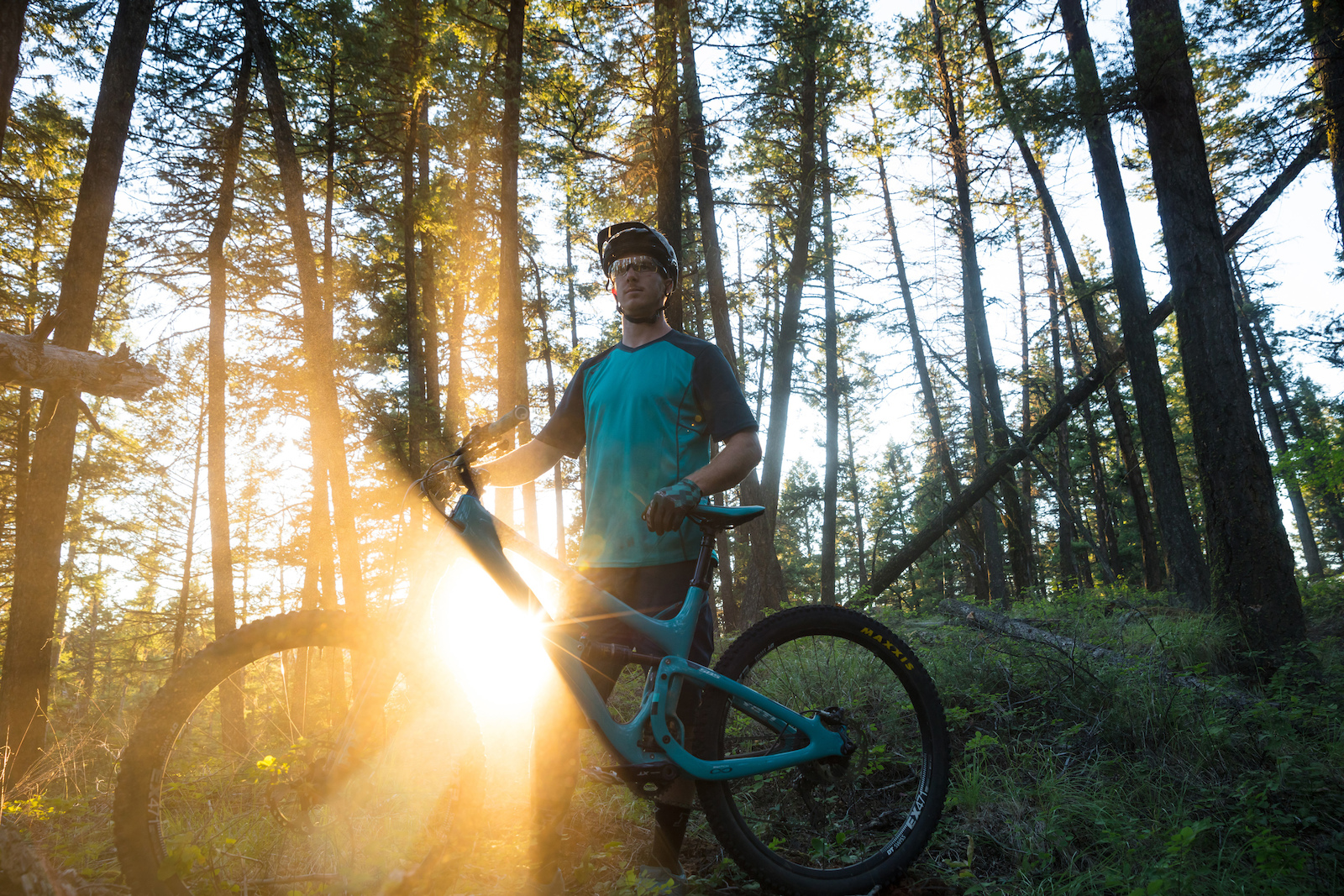 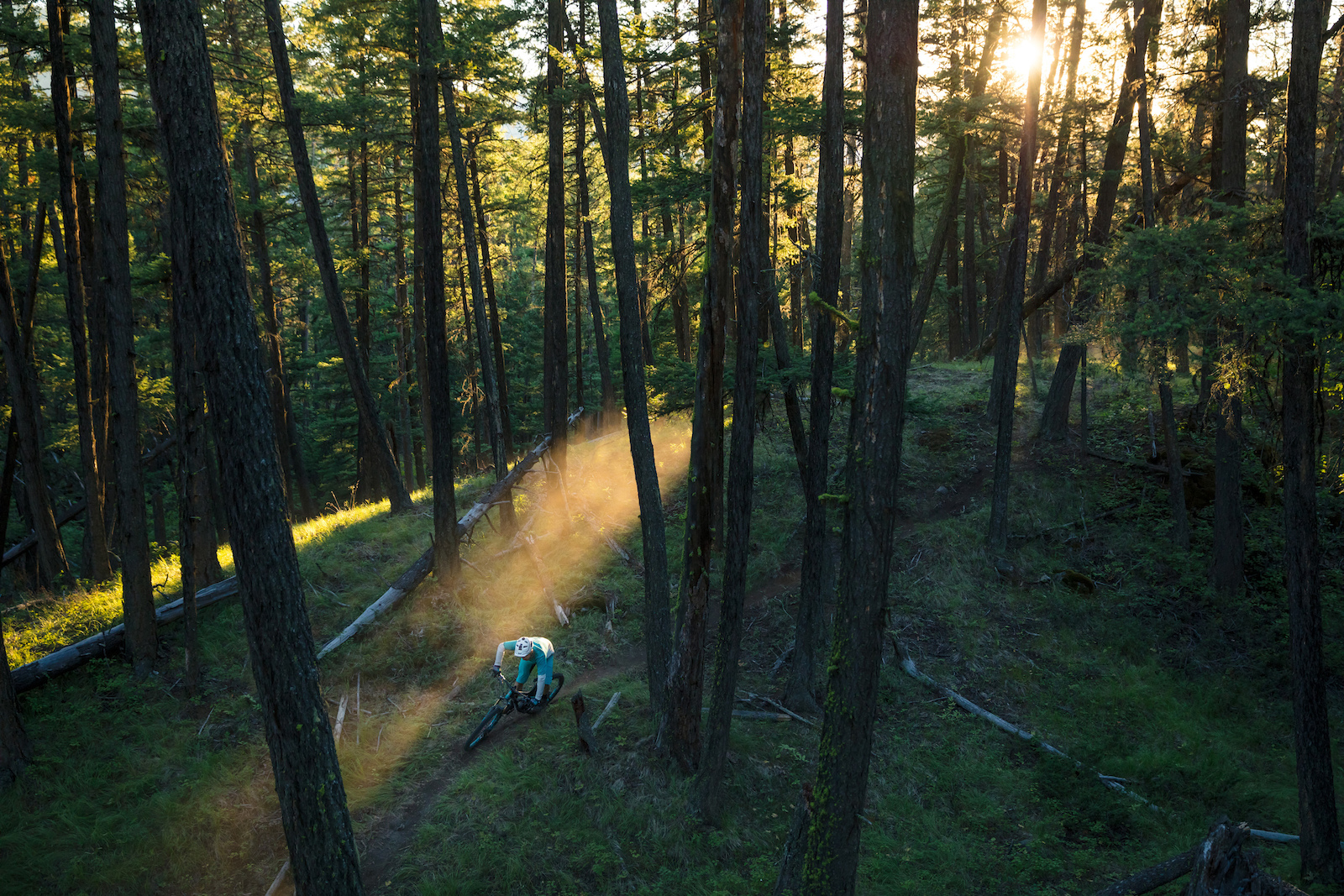 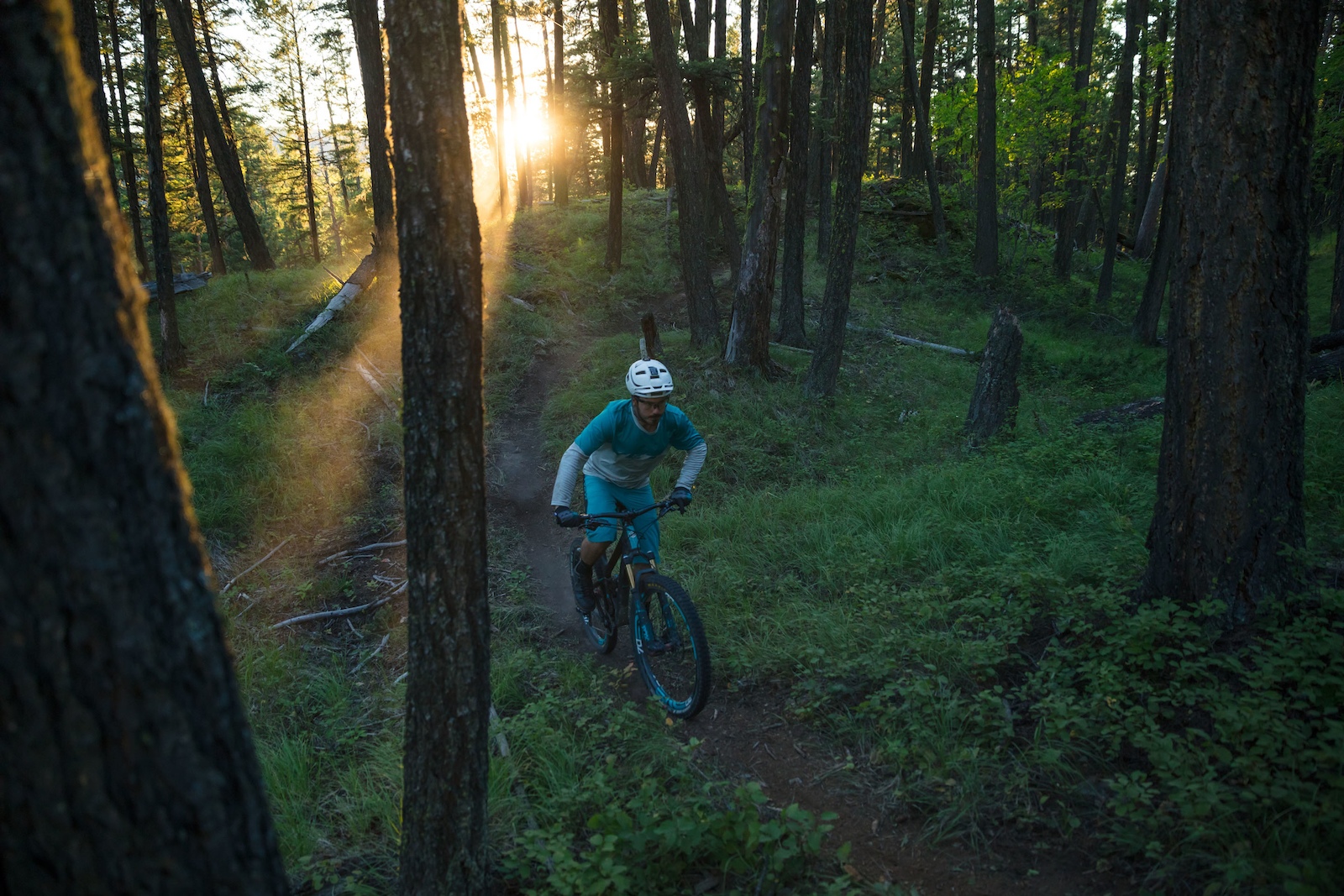 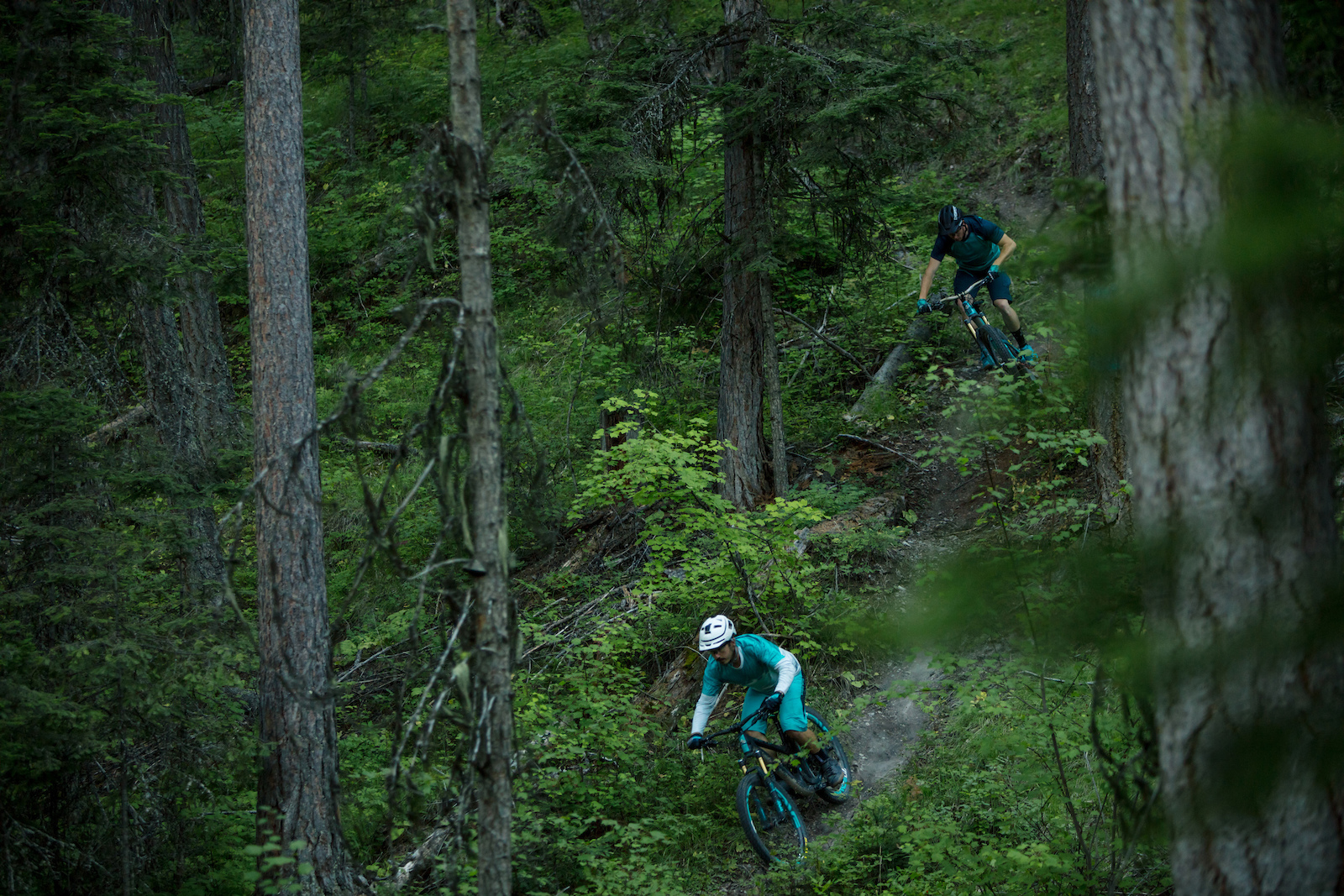 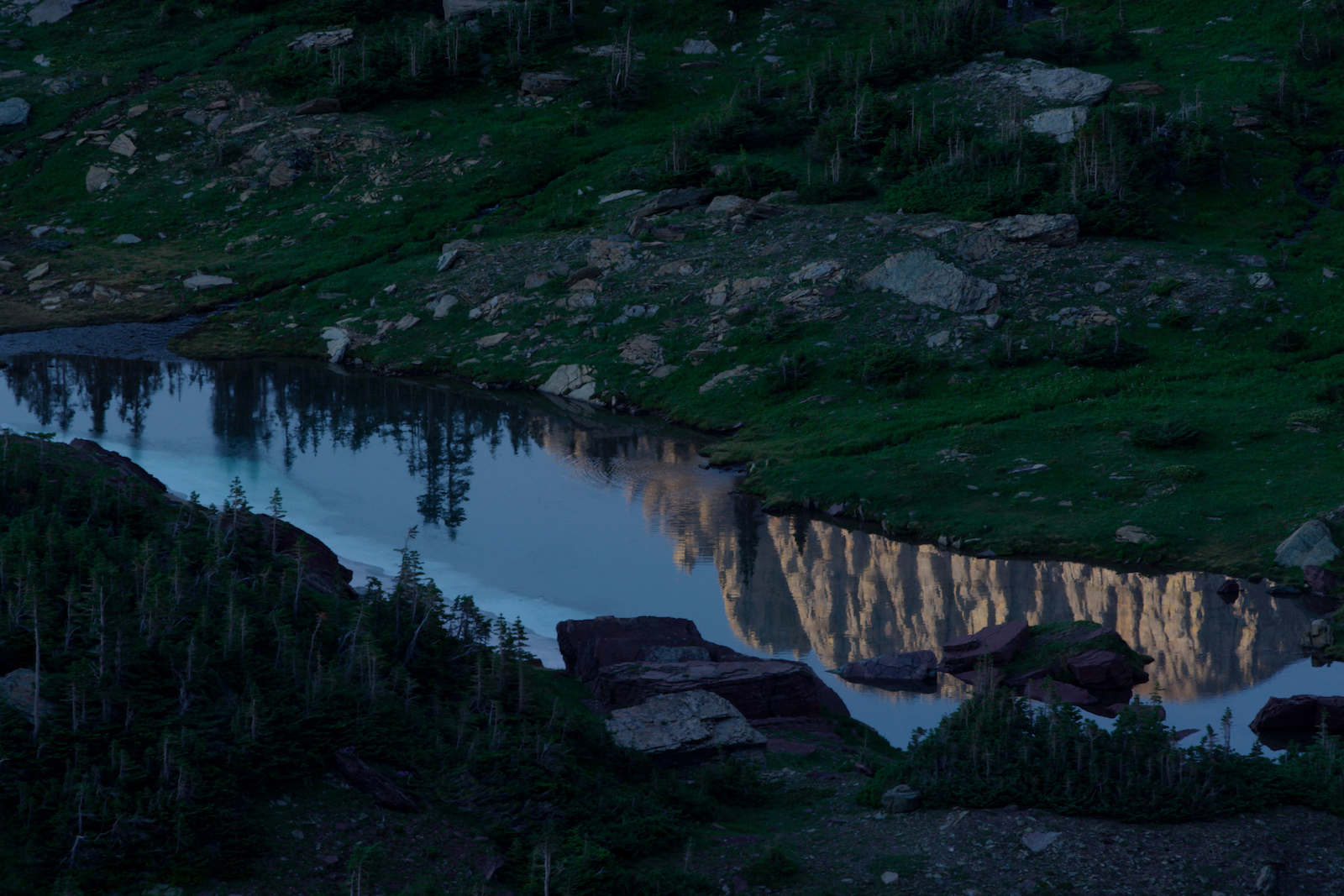 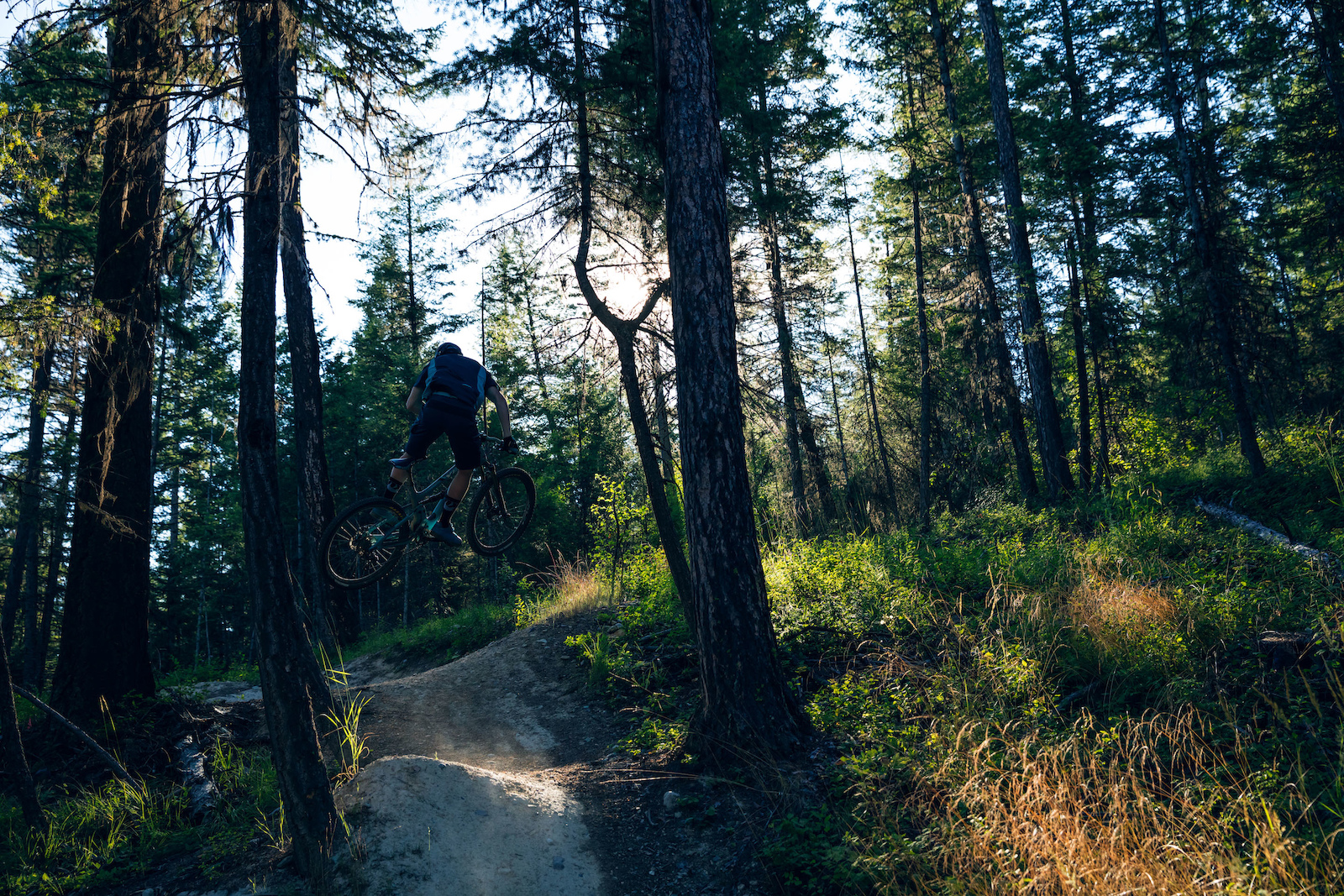 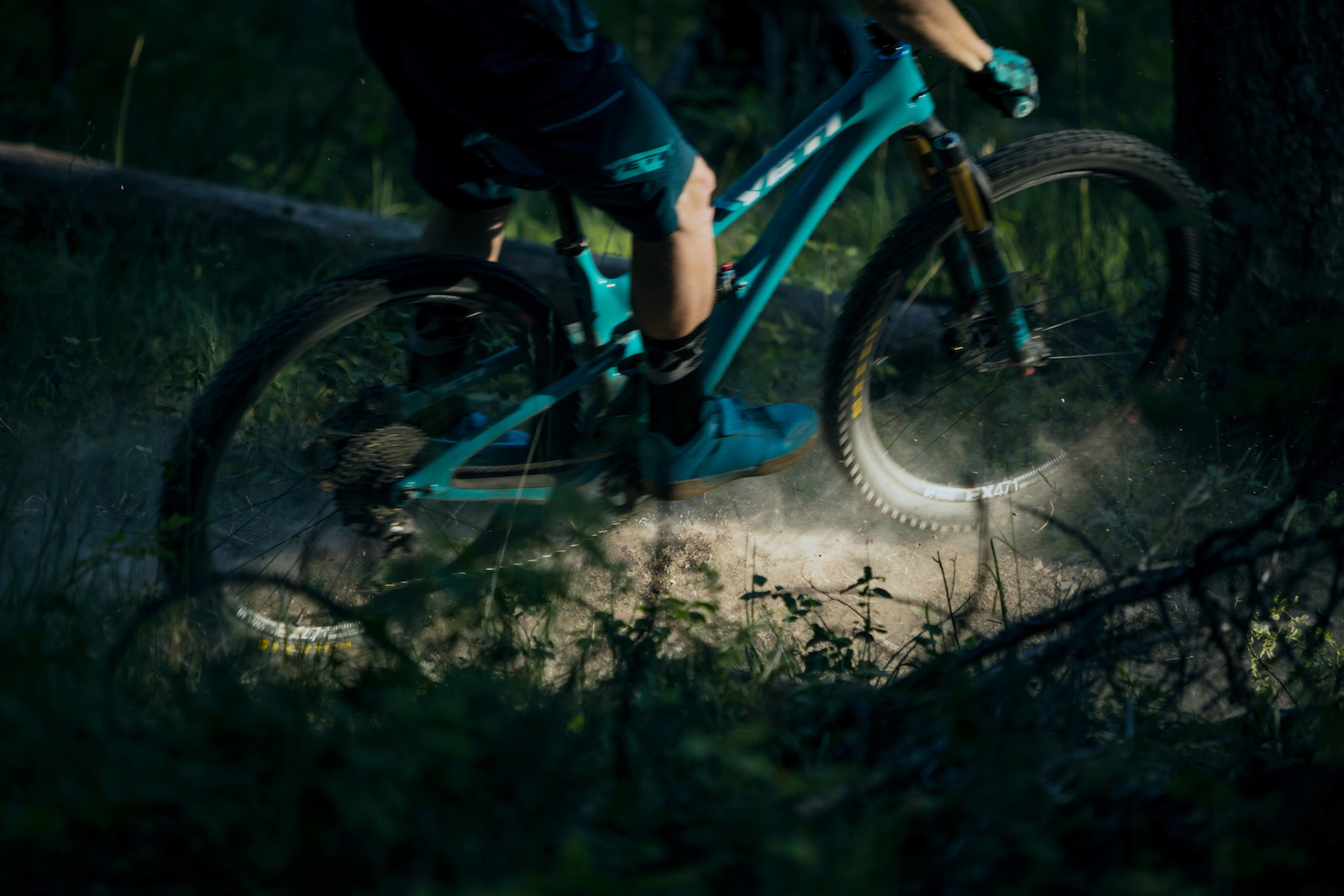 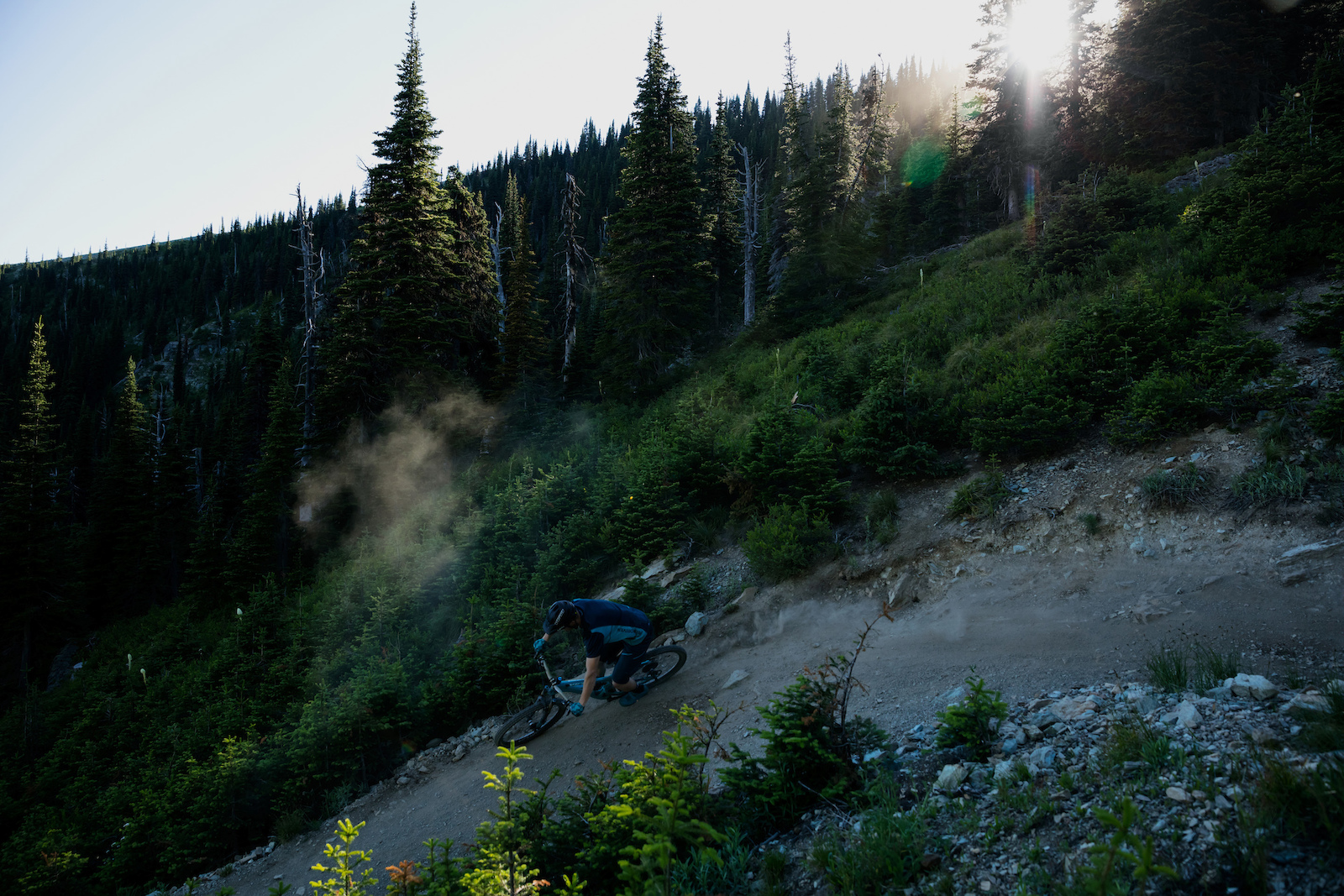 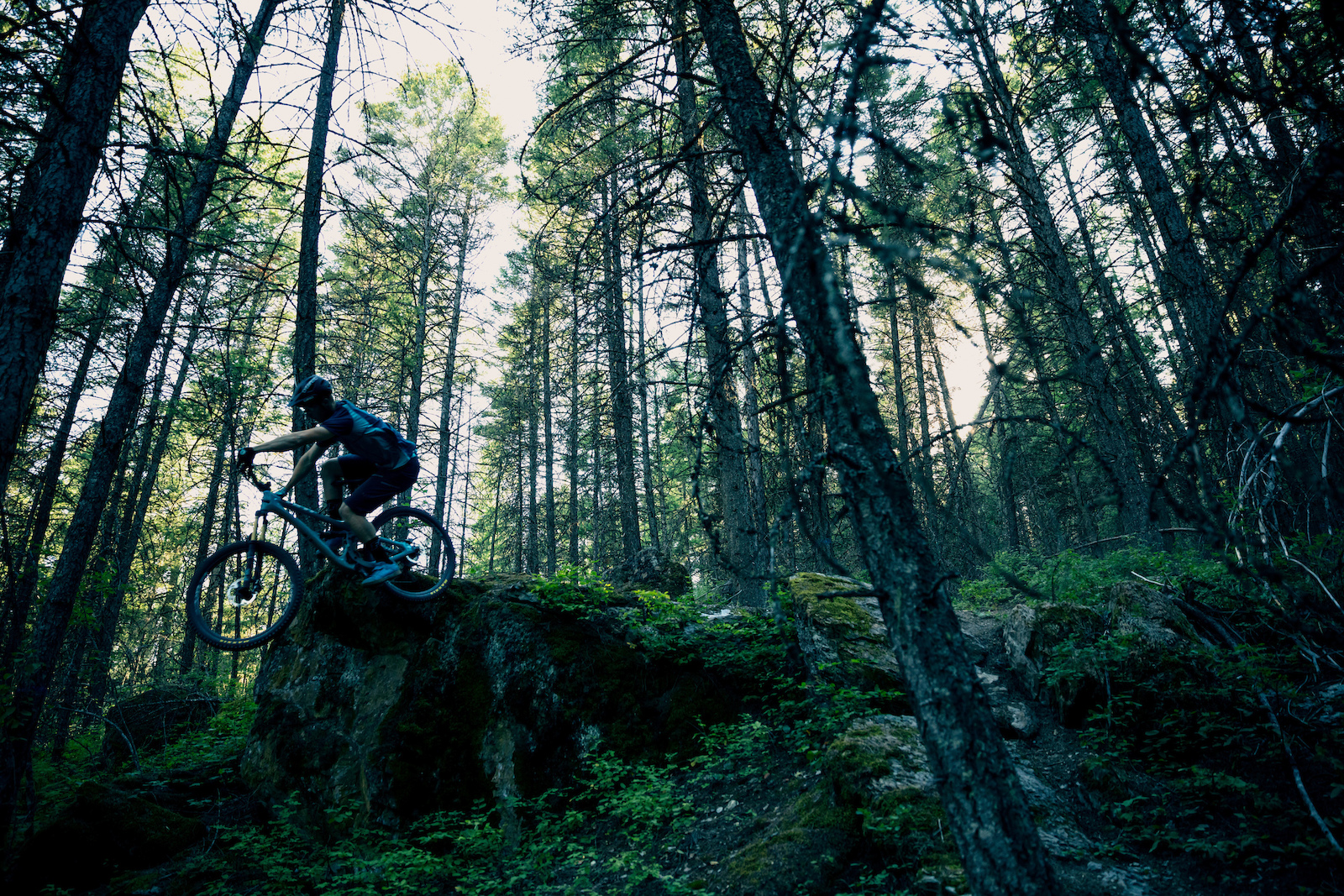 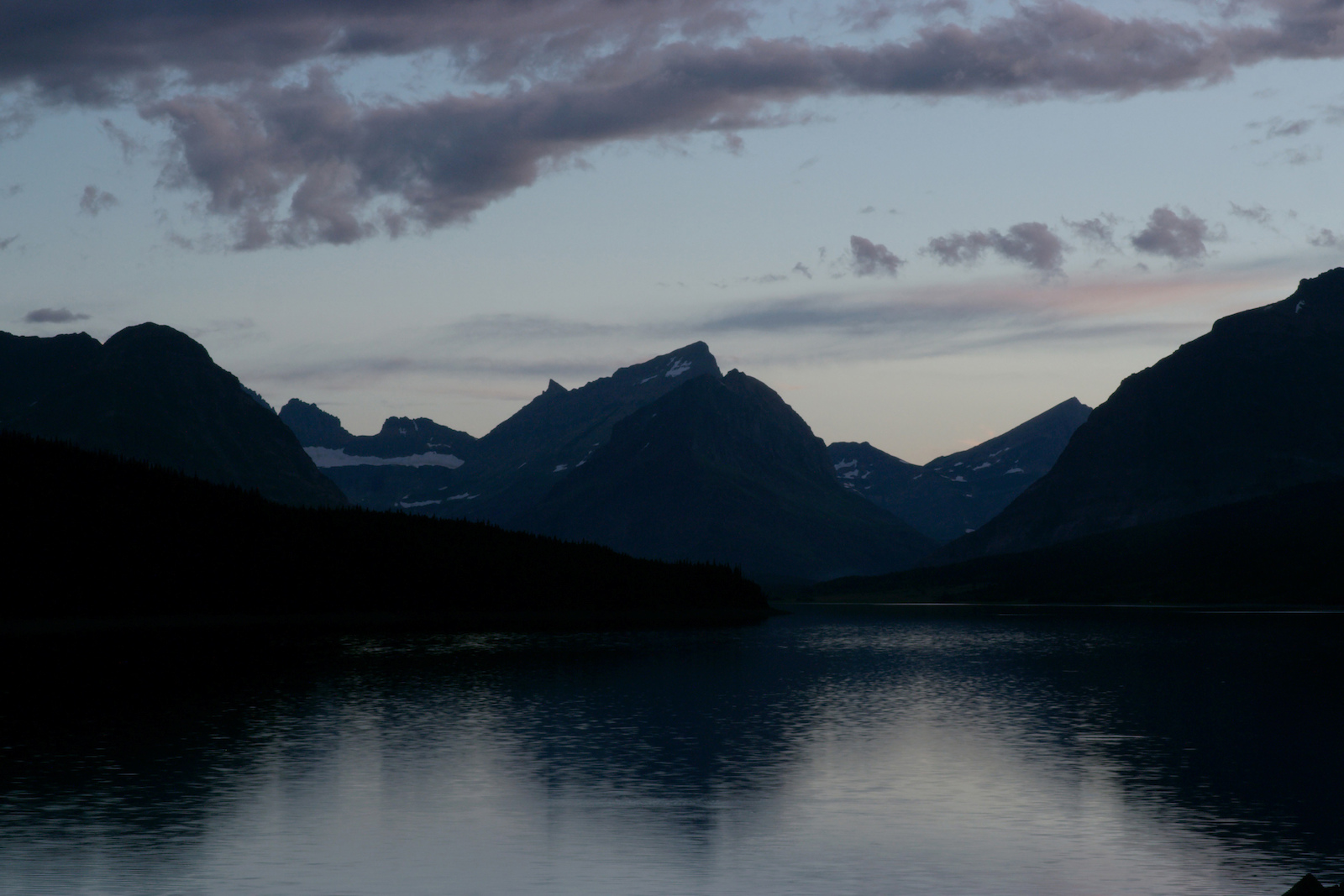 theminsta (Mar 22, 2017 at 19:03) (Below Threshold)
Wow, you're so brave to speak out against white supremacy. Will you also speak out about Islamic terror?

TerrapinBen (Mar 22, 2017 at 21:40)
Kinda regretted the post as I made it. Shoulda have said "NW Montana - no women, barely any wifi, and warm beer." Was just trying to say nevermind how great MT is. Original post might have been a little too tongue in cheek/real/made of the type of stuff better left off pb. My apologies. Top notch vid, riding, trails and locale.

TerrapinBen (Mar 22, 2017 at 21:48)
Or not even tongue in cheek/real but more in poor taste and insensitive. Apologies to anyone I offended.

skinnybex (Mar 22, 2017 at 12:04)
Another breathtaking production that Yeti has allowed us all to enjoy and It was all brought to life behind the eye and mind of the creative and talented Joey Schusler. I can't wait to see whats next !!!!

heyjohnp (Mar 22, 2017 at 12:40)
Joey's amazing, and I think he'd be one of the first to tell you he learned a ton from John Reynolds. JR's influence is all over this edit, and we can only hope that he contributes to more of these Proven Here projects.

heyjohnp (Mar 22, 2017 at 14:24)
@brandaneisma: No doubt. I was just pointing out JR's involvement because I think this is the first time he's contributed to a YETI project since he left the company a few years back to do Metis Creative, and his effect on the final product is very noticeable. College is unbelievably talented as well.

Silverfish-UK (Mar 24, 2017 at 6:34)
Incredible cinematography as we know and love with Yeti. They never fail to impress as well as getting us motivated to get out and ride!

tcmtnbikr (Mar 22, 2017 at 12:16)
Gotta say these 'Proven Here' videos really capture the essence of mountain biking for me. Best series on here. Kudos

speed10 (Mar 22, 2017 at 12:37)
Whitefish is probably the best place I've ever ridden a bike. If if weren't for the radical Christian terrorists groups that surround this awesome area I'd live out my whole life there. Montana, some of the best and worst parts about the U.S. nice vid

fattyheadshok (Mar 22, 2017 at 17:00)
@Beez177: uuum yeah they exist. Ever watch the documentary Jesus camp? Pretty scary stuff. I know a guy who's parents were and still are involved in that kind of thing. It's not an exaggeration. Any religion can have violent fringe factions. But this is about bikes not that stuff. Bikes are cool. Scary ultra religious fascist theocracy types holed up in rural areas not so much so.

speed10 (Mar 22, 2017 at 19:20)
The Beaver lake trail network is so beautiful and beginner friendly it's incredible. The Spencer mountain is a serious free ride network that accessible by a nice fire road for endless laps. Everything is really well marked with sign posts and maps at trail centers and some major intersections. Not even mentioning the chair lift access stuff at big mountain. The town of whitefish is charming and perfectly sized with zero chain stores or restaurants. But yeah, this slice of heaven is surrounded by wackos. You can call them what you want, but they are the type of people that are the biggest threat to American beliefs. I'll leave it at that since this is a bike site.

Jvhowube (Mar 22, 2017 at 12:51)
Please note though: You cannot ride mountain bikes on trails in Glacier National Park (a couple of those still shots are in Glacier). But you can catch some of these views by road biking the Going to the Sun Road - and it's really awesome to do early season when it's still closed to cars.

Banjopickin (Mar 22, 2017 at 12:19)
Rode there last summer.... Awesome place. Stay at the Whitefish Bike Retreat if you can. Cant say enough about those folks.

Loboapo28 (Mar 22, 2017 at 7:52)
Excellent job again Joey! I'll be using those stills as backgrounds in anticipation for the big mountain season!

jeremiahwas (Mar 22, 2017 at 21:43)
Man, there’s something just RIGHT about a cable cam. I love all these new drone capabilities but they sometimes seem lacking when compared to the work that goes into these killer cable cam shots.

For anyone swinging through the area, check out www.flatheadamb.org for local info and bike related events.

fattyheadshok (Mar 22, 2017 at 17:02)
Got to be one of the best edits I've seen. Simply beautiful. I don't care what anybody says Mtb companies make the best commercials of all time. Because MTB is cool.

KGAmoto (Mar 22, 2017 at 21:02)
The wife is from MT - we head up there at least once a year. Backcountry trail riding is all-time in Montana. Huge climbs and endless scenery. And bears. Watch out for bears.

nvranka (Mar 22, 2017 at 16:59)
Man looks like some solid single track! is this stuff accessible without an all-day pedal? Never been to Montana..but been meaning to get out there for some skiing or riding!

Mountainman84 (Mar 22, 2017 at 22:45)
Yep, that worked for me, if the intention was to motivate riding bikes. The quality of both the vid and pics is incredible, fantastic job!

blowmyfuse (Mar 23, 2017 at 5:44)
"With dissension among the ranks and night closing in..."
This line tells me @joeyschusler was pusing some.home bodies out of their comfort zone with his wanderlust.

whitebuffalo (Mar 23, 2017 at 7:12)
Is anyone else wondering how they went on such a epic ride without any water bottles or hydration pack???

alexsin (Mar 23, 2017 at 19:27)
That's a great looking place. Too bad those of us with dark complexions and weird last names are no longer welcome in the US. Lucky for us we have lots of similar riding in southeastern BC. I think we'll make do.

End of the vid is at Spencer: www.trailforks.com/trails/otter-pop

Tough to say where the middle bits were filmed. There's a lot of trails around that kinda look like that. Might have been Tally Overlook. www.trailforks.com/route/tally-overlook-loop

blackmoonsix (Mar 22, 2017 at 14:56)
As long as you are ok with lots of brush. July will be very thick with lots of brush. Most of the of the trails in the Swan range or hike a bike in the early summer. But never the less I love these trails and ride them as soon as the snow melt is gone. Hope you visit.

toast2266 (Mar 22, 2017 at 15:09)
@blackmoonsix: Those trails shouldn't be too bad. Alpine 7 over to wire isn't too brushy, and Wire trail was brushed out last fall (as was most of Bond, and the rest is probably getting done this summer).

And trails like Spencer and Tally Overlook aren't really ever brushy.

blackmoonsix (Mar 22, 2017 at 16:43)
@billybobzia: We got a fair amount of snow this year but it's melting real fast in the valleys. Tough to say for sure but June should be a fair estimate. What do you think toast2266 too soon or about right?

toast2266 (Mar 22, 2017 at 17:09)
@blackmoonsix: For the higher trails (napa to wire and the rest of Alpine 7), I'd say at least July. I think I rode that stuff the third week of July last year and we still hiked through some snow. And there's more snow up there this year.

For the other stuff (Spencer, Tally Overlook, etc.), those'll be good to go way earlier. Spencer should be good by mid to late April, and Tally Overlook will be good soon after that. The higher Tally area trails probably need until late May.

salsarider12 (Mar 23, 2017 at 2:41)
@TugboatComplex: actually Nebraska but afgan works too. forgot about those guys lol

Ryanrobinson1984 (Mar 22, 2017 at 17:49)
Do any of you guys smoke marijuana from time to time? Very very strange but serious inquiry! I literally have no idea why I'm asking. Just trying to see. Thank you

atfarley (Mar 22, 2017 at 14:44)
Loved the video but this is certainly the type of video that makes people not want to see bikes in the wilderness.

atfarley (Mar 23, 2017 at 9:03)
@TerrapinBen: When people who are not mountain bikers consider the argument of opening wilderness trails to bikes they consider bike impact on trails and the environment. If they see videos of people literally tearing up trails like this and what appears to be riding off trail they quickly withhold their support. Even though this is not wilderness it makes the point that the land is wild and I would go far as to say they make it seem like they are riding in Glacier NP. Many people here are downvoting my comment as if I'm the one they are mad at, I'm only stating a viewpoint different from theirs, it's a viewpoint different than mine as well. We need to consider how media from our community might affect stakeholders' views on large issues like bikes in wilderness areas. If people want to get angry at me for trying to shift our view to how we portray ourselves to the non-biking public I am fine with it, but let's not be ignorant as a community.