Who Can Still Win the EWS Overall in Loudenvielle? 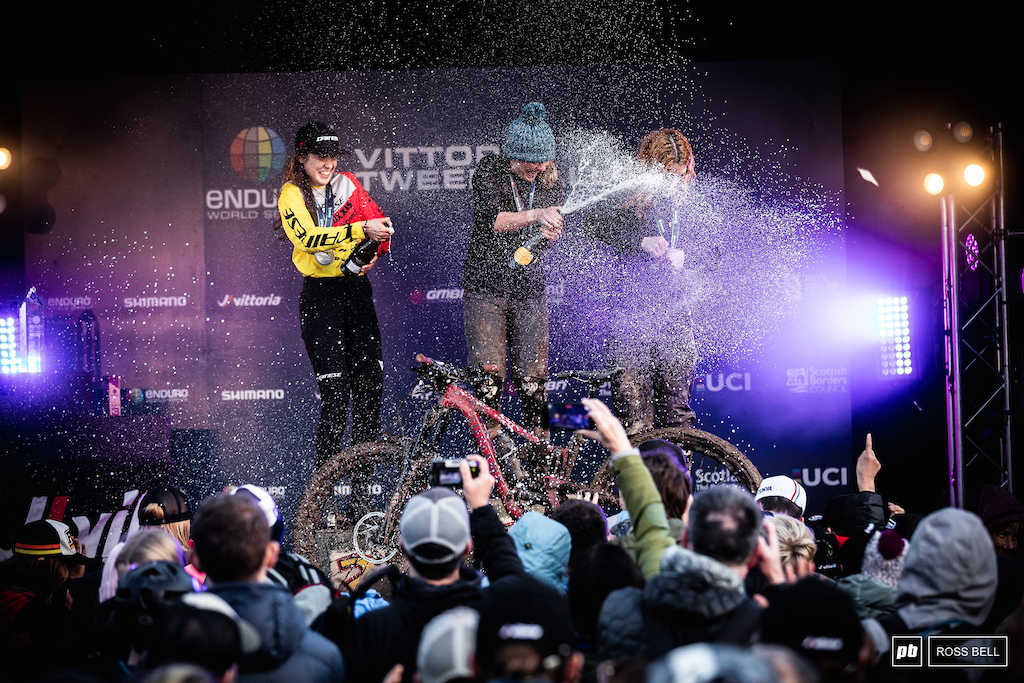 The 2022 has already reached its conclusion after some great racing moments. None of the Elite titles are concluded so we are in for some flat out racing as it all comes down to the final weekend of racing.

We have broken down the numbers and tried to make a bit more sense of the stats before racing kicks off for the final round of the 2022 season.


How does the points system work?

Unlike DH World Cup racing where the final round all comes down to the final race with no qualifying points the EWS isn't quite as simple. This weekend riders will be hunting for a top overall position as well as fast times in the Pro Stage and Queen Stage.

For the Pro and Queen stages the top five Elite Men and Women can get points. In the Elite Men's race points are handed out to places back to 115th and the Women gets points up to 25th. In terms of totals the Elite racing has up to 570 points on the line this weekend.

The U21 racing is decided using each riders best five races. 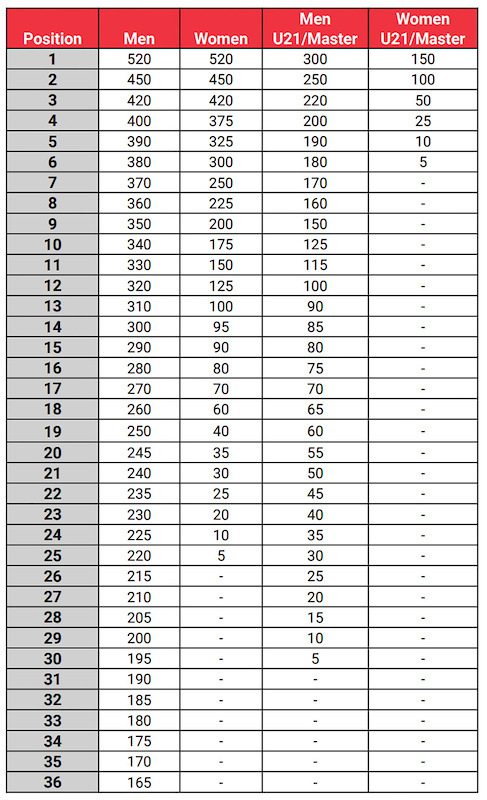 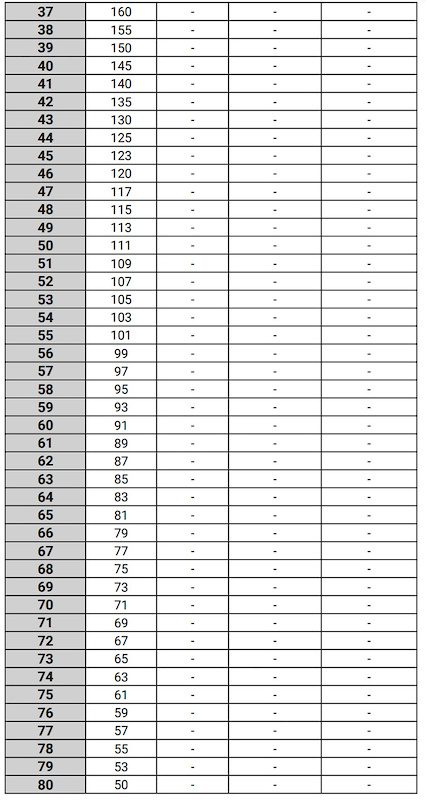 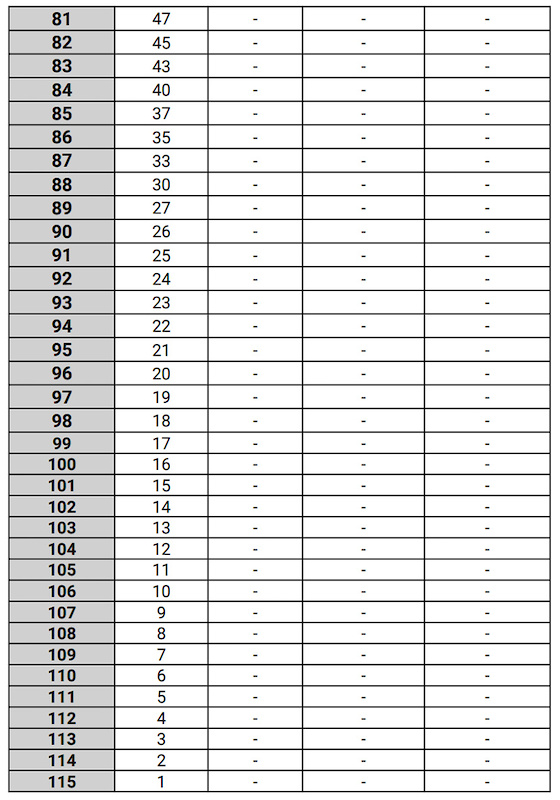 Who can still win the titles?

Mathematically, there aren't many racers who are still in the running for the overall titles with two riders going head to head in the Elite and U21 Women's categories. In the Elite Men's series it's between Jesse Melamed and Richie Rude with 495 points between the riders. For the Elite Women Isabeau Courdurier has a healthy lead of 545 points and doesn't need to push too hard for the win. Finally, the closest race is in the U21 Women as Sophie Riva is ahead of Emmy Lan with two wins and three second-place finishes. Emmy Lan however does have four wins already but is yet to finish a fifth race so it all comes down to this weekend. It's worth noting that as Luke Meier-Smith has five wins he has already won the overall title for 2022.

How can the overall titles be decided?

Elite Men
At the very basic level, Jesse Melamed only needs 76 points to win the series outright meaning if he can come 67th with no points in the special stages he will still win even if Richie Rude wins everything. If Richie Rude is outside the top five on both the Queen and Pro stages and comes 2nd then he cannot make up the current points difference.

For Richie to have a chance at the overall he has to either come first at the end of the weekend with victories on both special stages and have Jesse finish 68th or below. Or if the worst happens and Jesse takes home no points then Richie can just about scrape through with a 2nd place along with both special stage wins. It should be a pretty easy one for Jesse to win this weekend although with some long stages anything can happen on the mountain.


Elite Women
The Elite Women's overall fight is potentially another easy one to call with a sizeable 545-point gap between Isabeau Courdurier and Morgane Charre. As there are 570 points on offer this weekend if Isabeau kicks off the weekend with a Pro Stage win then it will mean the series ends with her taking the title. Otherwise, Morgane Charre will need to at least win one special stage alongside winning the race to even draw with Isabeau (Given that she scores 0 points). A perfect weekend is the only way Morgane can outright win the 2022 overall title but this does mean that Isabeau has to be placed 23rd or lower.


U21 Women
By far the closest battle and the most unclear is that of the U21 Women. With the U21 series being decided on a rider's five best results we have to look beyond just points to see who can win this weekend. Sophie Riva has already completed her five races with two wins and three 2nd place finishes but Emmy Lan has already secured four wins. Based upon this the overall is clearly all still to play for but it is slightly weighted toward Emmy Lan who has two more wins than her rival Sophie Riva. But it does still come down to this weekend's racing as a bad result could push Emmy Lan away from taking the 2022 title.

ct0413 (Sep 22, 2022 at 13:26)
@lyfcycles: I think the EWS did recognize it as such. I feel like I’ve seen/heard an interview where Jesse mentioned he still felt like he wanted to win in a normal season even though he did get the official overall title that year.

It is never that easy.

anchovies (Sep 22, 2022 at 15:32)
The increase in points per position is all over the place. If this table is correct, it makes absolutely no sense to me. The only consistent (monotonically increasing) one is women u21.

Honestly, who came up with this?

als802 (Sep 22, 2022 at 14:38)
I wonder what the logic is behind every class using different points values. Seems like it makes it complicated for no real benefit.

newbermuda (Sep 22, 2022 at 16:13)
its based on the amount of racers in that class; if the U21 women got 520 points for a win at each race then it wouldnt be very close at the end of the season. makes for more competitive racing.

captaindingus (Sep 22, 2022 at 21:49)
@CSP: feels like this comment wont make a difference to your opinion but gender pay gaps in sports are usually based upon revenue generated.

discobikky (Sep 22, 2022 at 13:30)
In the under 21 the title is decided by your best 5 events not overall points…..so Luke MS has won the title with 5 wins from 5 starts even if Seth ends up with more points from this weekend.

edspratt Mod (Sep 22, 2022 at 14:08)
Thanks, I had completely missed that. The article has been updated now. You are right about Luke winning the overall and it looks like Emmy Lan has the Women's overall as long as she can get a good result.

styriabeef (Sep 23, 2022 at 0:22)
The question is, can Jesse race this weekend?
On instagram he showed his hand which looked a bit swallen.

jwizzler (Sep 23, 2022 at 9:38)
I think Jesse should start celebrating now, with the champagne and everything. Party it into existence!