Join Pinkbike  Login
Downhill and 4X rider Katy Curd has been racing on the World Cup scene for a few years now, and this year was her first with backing from Rose Bikes. We sat down after the final Halo BDS race at Caersws to catch up and look back over the year and find out what she is looking forward to next year. 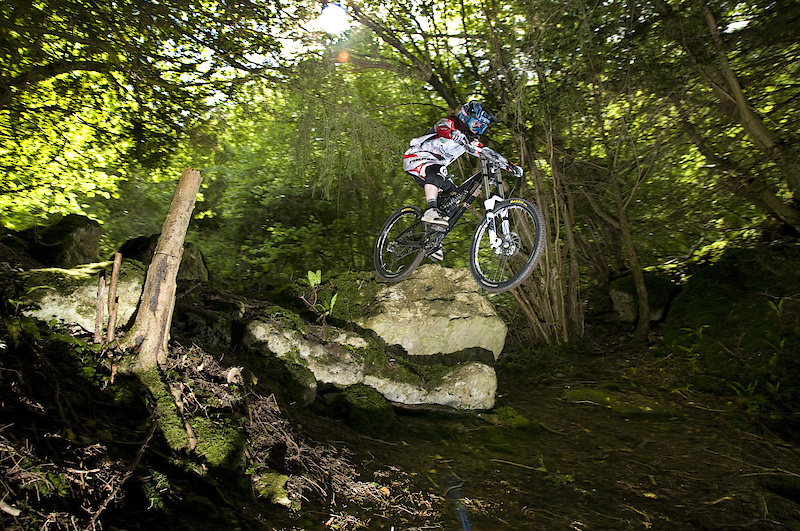 Looking at your results from this year, it seems like you're getting on with the new team and bike. What were some of the high points for you this season?
Coming in 3rd at the Val-di-Sole World Cup 4X, the track suited me really well and the result helped push me up to an eventual overall 6th place on the season. The 3rd place also put me in a great place mentally going into the UK 4X National Champs at Southwest Extreme. There was some close racing on the new track, but I was really happy to come away with the win. Taking the overall BDS win, it wasn’t really an aim of mine at the start of the year so it was a good way to end the season. Just riding Champery, I didn’t get a very good result there, but I just loved riding there! I was stoked to be selected for World Champs at Mount St Anne, making it to the final was so amazing, I ended up 4th which I'm happy with and gives me something to focus on through the off season. 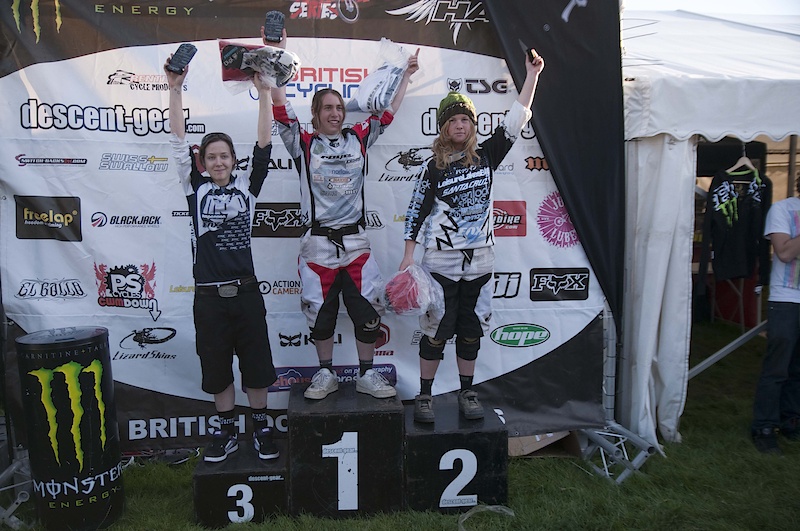 Of course it wasn't a perfect season, what lessons are you going to take away from this season into the next?
I spent almost 5 months injured at the end of last season with 3 big injuries all one after the other, it wasn’t the best start to the season that’s for sure. So I've been training with my new fitness coach at Team Breakthrough on ways to avoid that next season.

Going into the Leogang World Cup 4X race, I felt like I was riding well and felt I could have gone pretty far, but 1 small mistake lost me everything that night. I learned a lot from that race which has helped me in other races, but that hurt throwing everything away with such a small mistake. 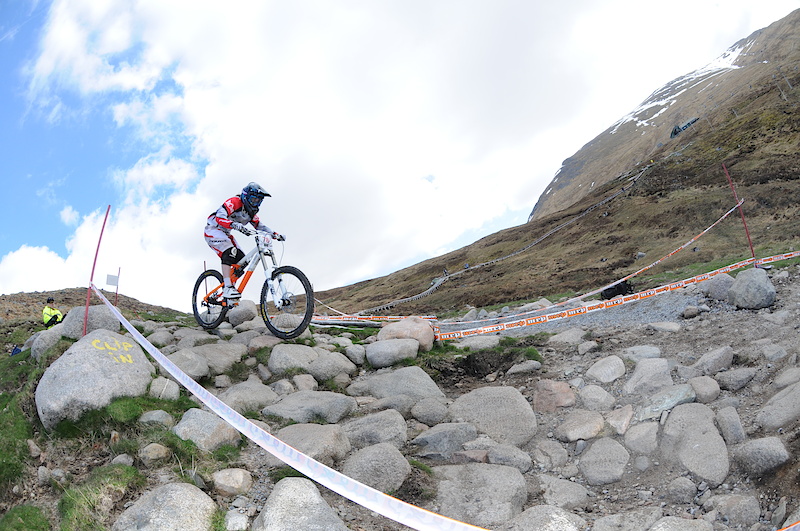 You were selected for the World Champs again this year, how was that for you?
World Champs was a big one for me as I'd not been selected for a few years and this year I felt like I had a good chance at doing well. It was such a week from day one, the track was real good fun to ride, I had amazing track side support from British Cycling, there was a stacked field of top riders so racing was exciting and to top things off the sun was out all week!

Racing went really well for me, I was feeling the pressure and was making little mistakes, but I made it through to the final and that was where I really started to feel nervous! Being on the gate with 3 top riders who I knew were a lot stronger than me out of the gate I knew I had to make a move further down the track. I moved up into third in the entrance of the rock garden, but pressure got the better of me and a small mistake cost me everything moving back down into 4th again. I was happy and disappointed all at the same time, but thinking about it now, 4th in the World in my 2nd year of riding 4X, I'm not going to complain! 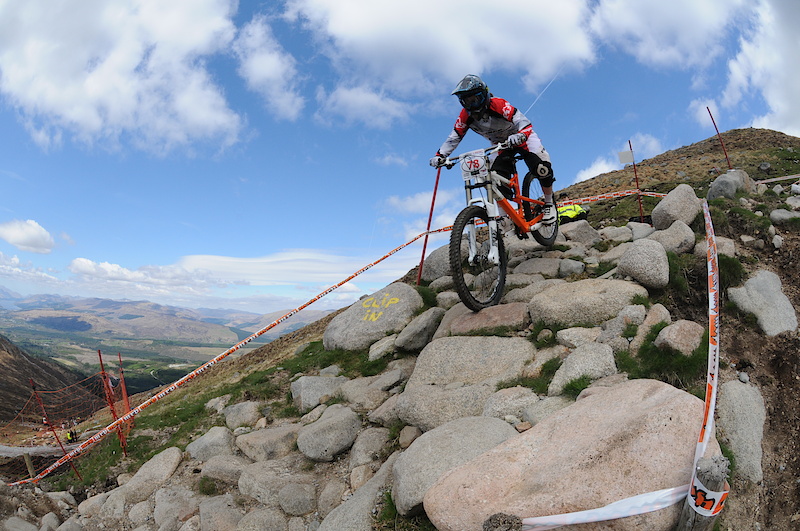 You always seem to be one of the first riders to hit the Pro lines at World Cup 4X races, which has got to be a huge advantage, how do you prepare for these lines?
Most of the World Cup tracks this year have had separate pro lines which are obviously faster and mostly just involve massive jumps! I have been riding dirt jumps ever since I can remember which really helps when you arrive at a track and see 30foot doubles staring at you. Some of the jumps on the pro lines this year have without a doubt been some of the biggest jumps I've ever hit. Attempting the jumps first time round is always a bit of a mental battle for me. I always look at jumps when I'm walking the track thinking yeah I’ll hit them no problem, but then come practice and I watch some of the guys hanging up on them, I start having second thoughts.

It's helped this year riding with other UK riders as even if it's just a small word of advise or following them into a jump it gives me that little bit of confidence that I need to throw myself over them. I think with most of the jumps it is just a case of having the confidence to do them. I find if I start thinking about jumping them too much that’s when I start stressing myself out and in that case I just end up walking away and returning once I've got the rest of the track dialed. 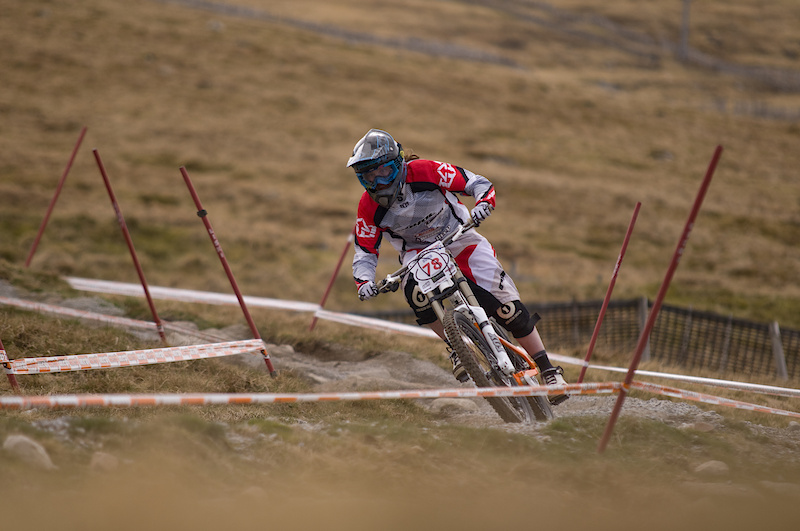 How are your plans for next year shaping up? This year's going to be a tough one to beat?
For 2011 I will be riding for Rose for a 2nd year. Next year I will be back riding both Downhill and 4X at all the World Cups and also all the Halo BDS run by Si Paton and Dave Franciosy. The big thing for next year is that I am working with Rose to develop a 4X bike. We have been working on some designs and the first prototype bike should be ready to ride shortly. I will be riding this and testing it all winter making sure it is ready and perfected to thrash at next year's World Cups. Rose have been really supportive to me over the last year and to have a company that is so willing and keen to put in the effort to develop and build a bike with me is more than I could ask for. I will continue to ride the Rose Beefcake Downhill Bike, Rose have slimmed down the tubing for next year, making it even lighter than this year's model. 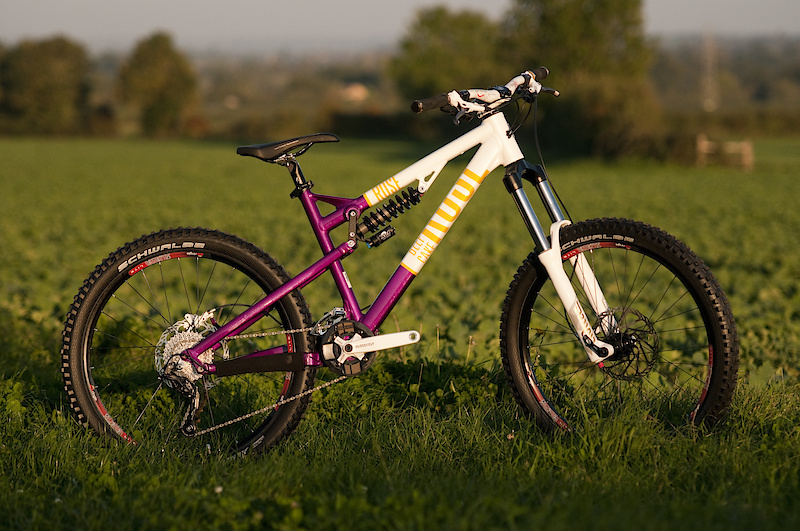 Do you have a story for women, about women or simply written by a lady that you'd like to see on our main page? If you answered yes to one or more of those questions, then email tyler@pinkbike.com.

RoseBikesUK Plus (Oct 27, 2010 at 2:27)
You're in luck then as its not a women's bike! It comes in small, medium and large which make it ideal for Katy on the small, while some one who is over 6ft can ride the large! Head over to www.rosebikes.co.uk for more info!