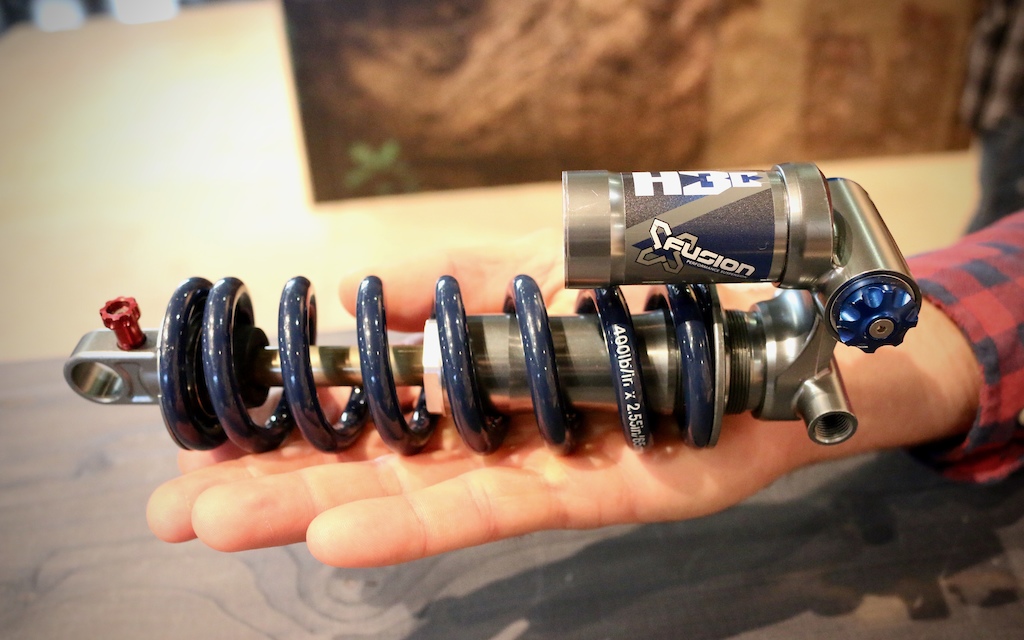 X-Fusion's Andrew Taylor was at Sea Otter earlier this year with a new coil-sprung shock on his Norco, abeit a prototype version that was being used for long-term reliability testing. That same shock, the H3C is still running issue-free on his bike, he told me, and it's now launching at the Eurobike show. If the name sounds familiar, it might be because they used to have an air-sprung shock in their catalog called the H3 that's been long retired, and the H3C is an entirely different beast. 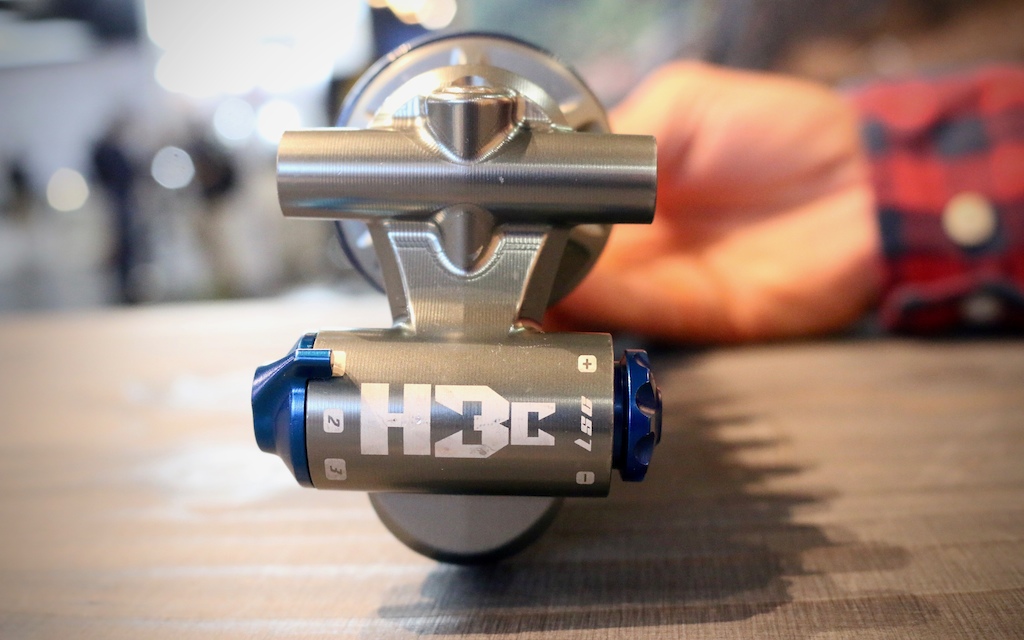 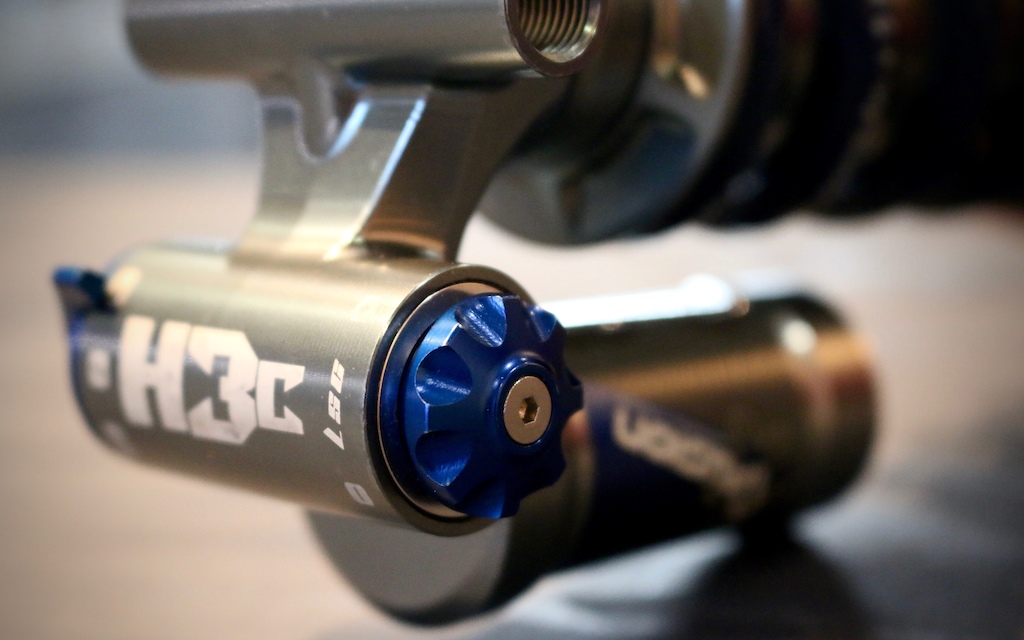 The $399 USD H3C shock offers a three-position pedal assist, low-speed compression, and low-speed rebound adjustments. It's said to weigh 318-grams without a spring.

Realistically, X-Fusion knows that their products need to stand out from the stuff that the bigger names sell, so they're concentrating on two talking points: A relatively competitive MSRP, and low weight. The H3C retails for $399 USD, and it weighs 318-grams without a coil spring. Both of those numbers are comparatively low. A large diameter aluminum damper shaft is used, and the shock body tapers down drastically below the preload threads to save more grams.

Adjustments include a three-position pedal-assist that'll come in handy on some bikes, a low-speed compression dial, and of course a low-speed rebound dial as well. It'll only be available for bikes that take Metric or trunion-stye shock, however.

Smokey79 (Sep 4, 2019 at 6:28)
Has anyone put a similar size metric shock on a standard frame? Maybe it's like the Moon landings. The CIA will turn up the minute you bolt it on

ninjatarian (Sep 4, 2019 at 8:43)
Glad to see someone focusing price instead of trying to re-invent suspension like so many other brands are attempting. If they could bring the price of the Trace 36 HLR down a smidge, that would make for a bangin combo.

Zany2410 (Sep 4, 2019 at 11:00)
@ninjatarian: The most important thing is not the price! Its the god damn service and the spare parts! Thats the main reason x-fusion is not as big as they could be!

i rode a fork of them and it felt great. but you always hear from guys that are riding x-fusion a longer time that you have problems with service and parts...

XFusionShox (Sep 5, 2019 at 1:27)
@Zany2410: we have been working hard to make sure that we have the adequate amount of services centers along with making sure these service centers have parts in stock at all times. It looks like you are from Germany. Lemon Shox is our local service center in Germany and have been doing a very great job.

I'll take a look at it for my next bike!!

DangerDavez (Sep 4, 2019 at 6:46)
Yes we need things like this. This sport is getting so expensive but this gives me hope

opignonlibre (Sep 4, 2019 at 2:52)
What don't you understand about the world eurobike ? Hey it is just around the corner to your place.

Staktup (Sep 4, 2019 at 4:33)
Any idea what the lightest compatible coil brand and weight ranges would be?