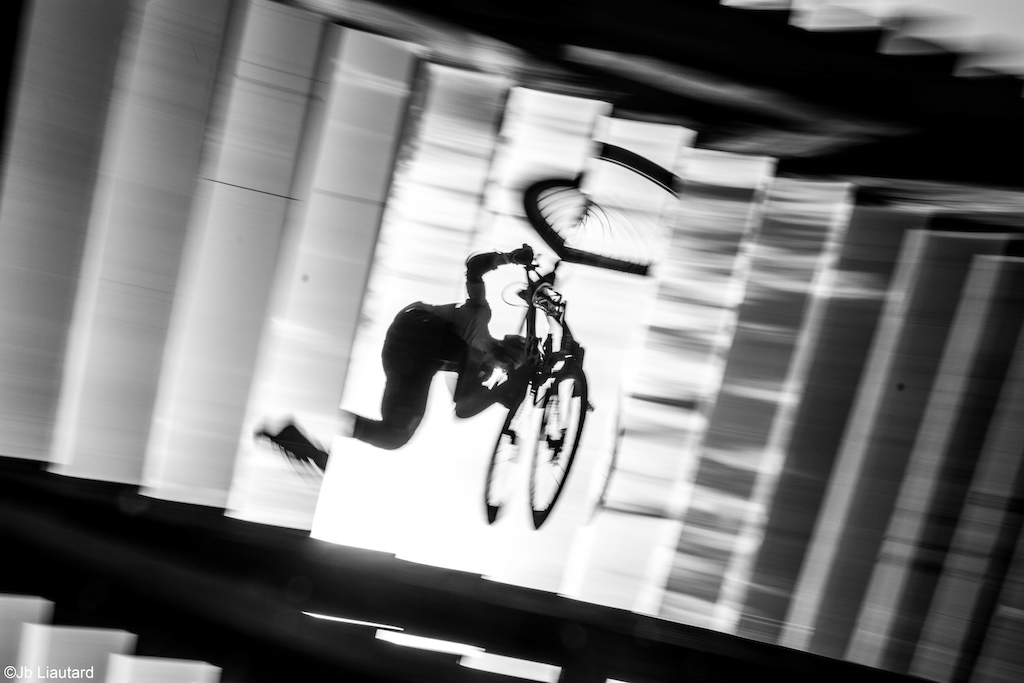 Join Pinkbike  Login
Tweet
I was under the first wood module on the slopestyle track to take this shot. Low shutter speed and back lighting.
Currently browsing: Crankworx-Les2Alpes-2014-with-26in Photo 20 of 23
Prev
Next

JbLiautard
8,861 Views
32 Comments
41 Favs
POD Photo of the Day on Aug 19, 2014
Selected by Matt Wragg - It's interesting to see the influence of a shot - this is a direct take from Paris Gore's shot of Minnaar at the Fort William World Cup last year. It's without a doubt one of the most copied shots I have seen this year. When it's imitiated this well, it's still a solid POD.
( 28 PODs )
Photo info

bigburd (Aug 19, 2014 at 13:34)
That has gotta be one of the most creative photos I have seen , before I read the comments I thought it was some one doing a tail whip in a shopping center/mall , over a set of escalators or polished stairs.

thx for the explanation @scapegoat2010

ltrumpore (Aug 19, 2014 at 3:26)
If we're going to refer to all photos like this as imitation of Paris's shot from last year, then let's give credit where credit is originally due. Starting with Duncan Philpott who did it first a few weeks before. www.vitalmtb.com/photos/features/DROPPING-IN-Action-from-the-Andorra-World-Cup,6078/Slideshow,0/sspomer,2
*Though I'm not sure how much imitation is at play here, any of us who experiment with panning through things be it trees, or crowd of people, or snow fencing have entertained doing the same. 2 of us looked at that same bridge in Andorra on the same morning and thought about panning under it but moved on because we had to stare directly into the sun. I guess it's only inevitable that creative people given similar conditions to work with are going to take similar shots from time to time. Still, I'm giving this one to Duncan

ltrumpore (Aug 19, 2014 at 3:50)
When it comes to creative panning, I think we're all just copying Flipper anyway right?

nickrace17 (Aug 19, 2014 at 10:47)
It's a tailwhip from underneath the Joyride cabin, if you use a lower shutter speed and pan the camera with the rider then it picks up the rider through the planks of wood.

Tall7kiwi (Aug 19, 2014 at 21:31)
How slow of shutter speed? I am very interested in furthering my photography for when my friends and I go out riding

gabriel-mission9 (Aug 19, 2014 at 6:07)
this is pod? no offense, its good to experiment and all that, but this looks like an experiment gone wrong to me...it certainly doesn't make my hairs stand up, or make me wanna go ride. i can't even really tell whats going on. POD? No way. Neg away.....