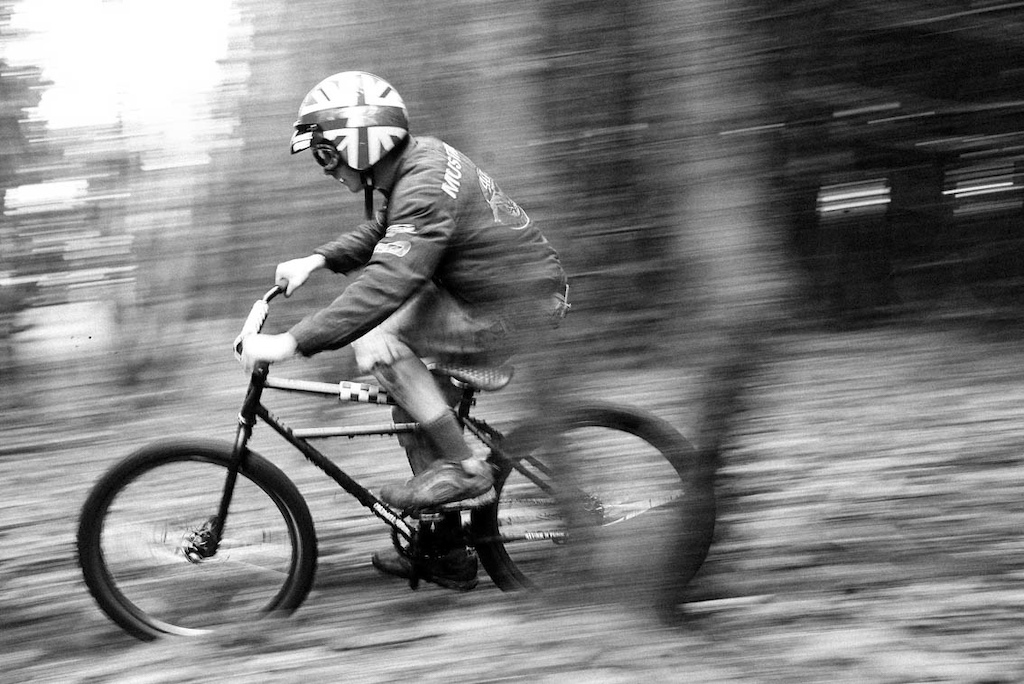 TransitionBikeCompany
6,327 Views
8 Comments
24 Favs
POD Photo of the Day on Nov 25, 2016
Selected by Scott Secco - Whether you have the latest carbon space bike or a beat up old Klunker, this shot reminds us that bikes are always fun.
( 18 PODs )
Photo info

mecabeat (Nov 25, 2016 at 4:53)
To be fair, that is closer to a 26" bmx bike than a "Marin Klunker." Cruiser class in bmx racing was originally 26" and people were bombing them down gnarly downhill tracks with 20ft step downs, elbow to elbow, and it was happening 10 years before those stoners from Fairfax were coasting down a boring fire road one at a time and calling it a "race." There were even custom suspension bikes and derailleurs happening in bmx until the tracks all went flat and smooth in the 80's.

Transition, I know you aligned your brand with "klunking" because it's the popularly accepted origin story of mtb, but really it's the origin of mtb marketing. There were other scenes where the real shit was happening, and I know you guys are all about the real shit. Iv'e had a couple Transitions and I loved them, and I know the kind of shit you guys ride and design your bikes for, and it is not what the "klunkerz" were about, and Marin county itself is proof of that.

Exhibit A: Gary Fisher's first mtb i.imgur.com/1eHZFKw.jpg Exhibit B: Mert Lawill's first mtb i.imgur.com/zWalWQo.jpg Which one looks more fun to ride? Well, fun wasn't a consideration because Gary Fisher won and Mert Lawill lost. The Lawill Pro Cruiser was designed to be stable at high speed, as well as fun, like a bmx bike on singletrack. Sounds like modern bike design, huh? But, the "klunkerz" were all roadies. They hated the Pro Cruiser because it wasn't a good climber and it allowed them to go faster than they were comfortable with on descents. So the Pro Cruiser got shut down in favor of Fisher's off-ROAD BIKE.

I think this was the turning point that set the course for Marin County to be the birthplace of twitchy, timid mountain biking. Think of how far ahead we could be if Lawill and the Koski's dream wasn't crushed by Fairfax pansies. And it was crushed. They did everything they could to give the Pro Cruiser a bad rep. So now Marin County has only 16 percent of it's trails available to bikes because of the perception created by the Gary Fisher mountain bike template. They had to hold rear brake on every descent and looked so dangerous coming down the trail that they made them illegal. Imagine how different things might have been if the Pro Cruiser had won. BIkers in control, head up, having fun but being able to stop or slow for hikers, instead of hunched over roadies, death gripping and going otb into them.

The roadies were business savvy, so they won. They turned a goof that they didn't really care about into an industry. I don't doubt they were having fun, I just think we could have all been having a lot more fun a lot earlier if things went differently. Of course Novato is separate from all this. Real shit is, and has always been, going down in Novato, but ya'll know that.

kootenaykrasher (Nov 25, 2016 at 13:48)
Isn't a "klunker" (aka: "clunker") one that makes (usually unwanted) clunking noises or vibrations?
That's how I understood it... and ya, a lot of fun can be had on a bike that needs a lot of work or that is past it's point of ever recovering to be fully & properly operational!
Like "rock skis"... but for bikes! Jump them into the water... Test that home made self unloading bike rack... ghost ride the hit to check it for speed needed to hit transition, etc, etc, etc.
Fun.