May 19, 2014 at 23:23
by Colin Stewart
Share
Tweet
The words below I translated from German from a little ariticle Tobi Leonhardt ( KäptnFR ) wrote on one of the German bike pages and gives a little background to the bike setup he rides in a film I cut recently. Shot at Lago di Garda during the Bike festival. 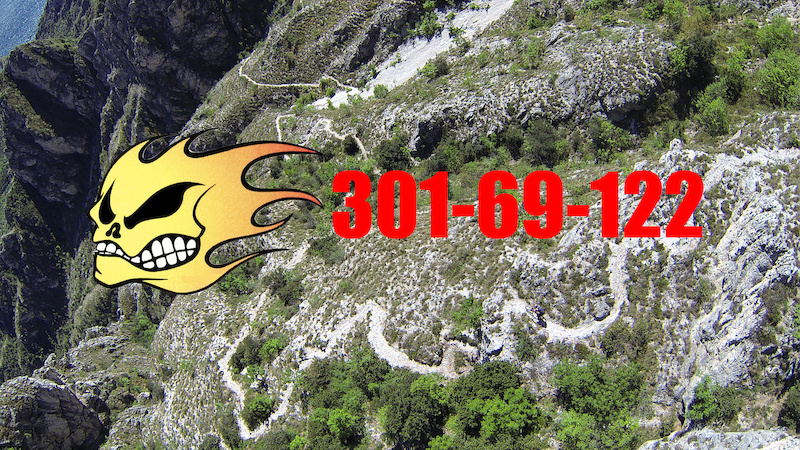 I started a Liteville 301 bike project in Autumn 2013 and, since then, it has developed in an interesting and unexpected direction. The 601 was my existing bike which I was using for the steepest and gnarliest trails, so I thought the lighter 301 would make a great option for the slightly less technical trails. Since riding the 301, however, the bike has now become my go-to bike for all trail riding I do, mainly due to some recent changes I have made to the setup that have enabled me to ride steep.

Firstly, I began experimenting with different wheel sizes. Liteville are marketing “scaled-sizing” and this refers to the front wheel having a larger diameter compared to the back one. For medium sized frames this can be 26”/27.5” and for large frames it’s typically 26”/29” or 27.5”/29”. Right from the beginning I was surprised at the advantage this setup gave me regarding roll-over performance and improved grip. In addition, after playing around with different handle bar and stem options, it became clear to me that the extreme trails should also be possible with this setup.

For a front tire I am using the Maxxis Minion DHF 3C DH compound because this is about the only suitable 29er tire with lots of grip. It’s a tubeless setup that I run at very low pressure. With the rear wheel I am staying with 26”. Initially, I started with the 27.5” setup, which has slightly better grip, but in the end my preference was to have a lighter weight, more freedom to move ( nose wheelies, getting behind the bike ) and a larger selection of 26” tires to choose from. I could not detect any better roll over performance with the 27.5” rear tire and the improvement in grip can be compensated by the improved tire choice. 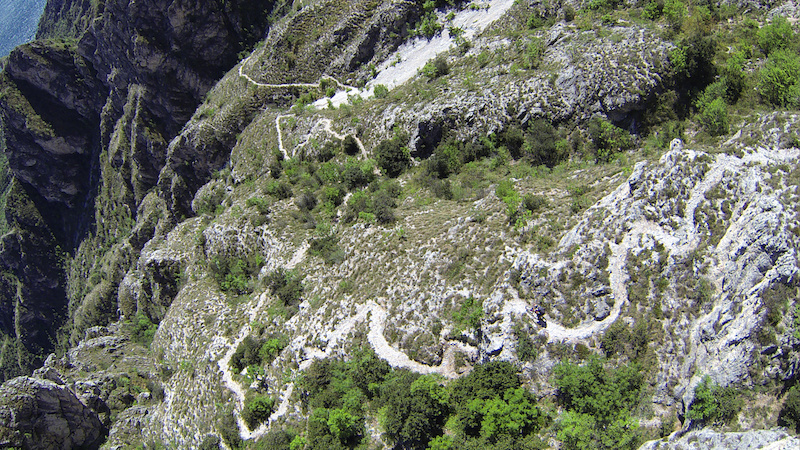 The fork I am using is the 29er converted Rock Shox Revelation WorldCup version at 150mm. To tune the head angle further I installed the “VarioSpin” to slacken the angle by another 1.5°. The internals have been tuned by changing to a double air chamber system and this gives steel spring performance with an air spring weight. Details of the modification are here,

With that twin chamber system, the resulting main chamber is smaller than the original (main) chamber, as some space is needed for the AWK (Aus Weich Kammer) chamber. The spring rate of the reduced air chamber will not go as slack, the force will rise faster, so the curve will run steeper. This prevents the fork from rushing through the mid travel, which can be a problem, especially on steep terrain. At the point of travel where the pressure inside the main air chamber is equal to the pressure of the second AWK chamber the middle floating piston starts moving and the whole system again behaves like a solo air system.

Another modification is to have the main air piston with a quad ring instead of an O-ring seal. A quad ring has less friction than an O-ring which results in a better response of the fork over small bumps.

Here is how the final setup compares to the original and to a steel spring, tuning is done by Ralf at chicotuned. 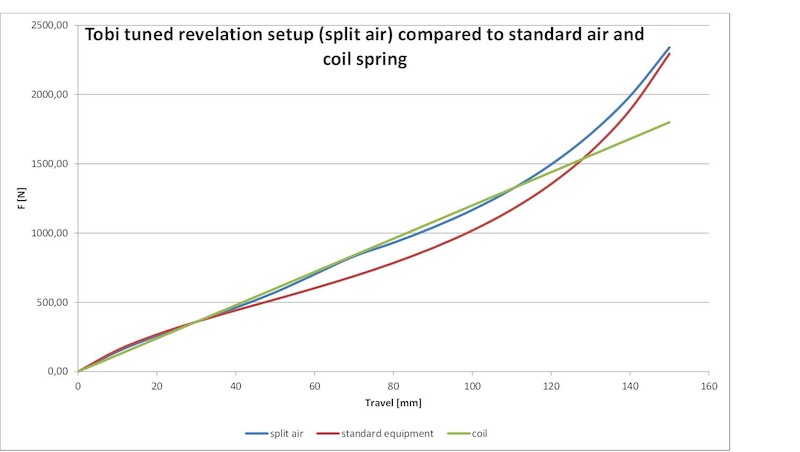 In terms of weight, the whole 301 setup is 12.4 kg and the bike delivers that same steep technical trail performance as my 601 at 14.7kg. 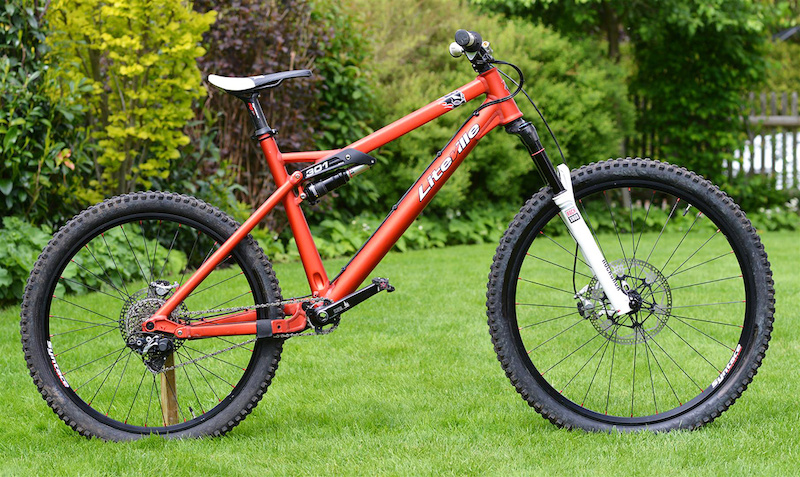