Not even the boss knew about Devil's Disco until this week. That's how renegade this trail is. Pretty badass.

The trail crew grew impatient with following the mini-ex for the last few years while it carved new machine made trails all over the place. So they slipped away into the woods when they could to bang away at the earth with their hand tools. Just like little devils. (The boss had choicer words to describe them.) But because they are as lazy as they are ambitious, they left the trail full of duff, roots, dead trees, and other earthy debris. It's about as non-bike park as a trail can get. 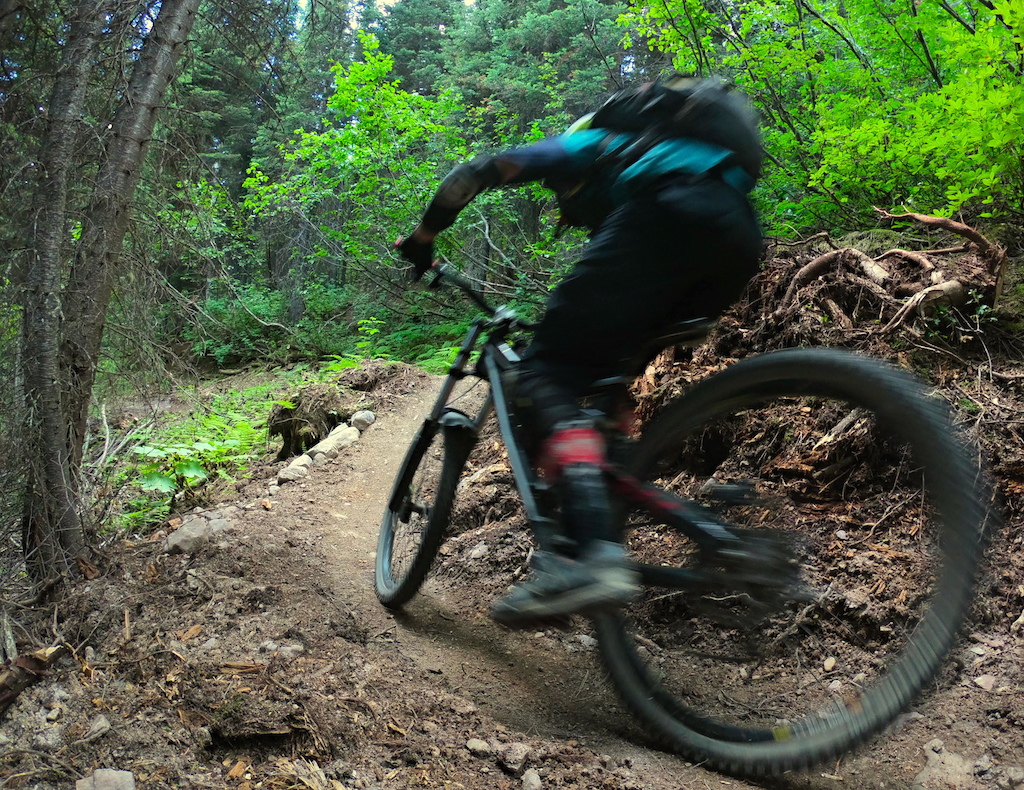 But it won't stay this way. It is already being found, and that raw edge is slowly being worn down. So don't wait for it; it's not waiting for you.

In other news, work began today to extend Magic Carpet Ride even further. The new section made last year has been very successful, so we are stretching it out all the way to the top of Road Runner and Rock n Roll. This will remove the last significant stretch of road that bikers have to ride. Maybe it will be open by September, but certainly for next year.

And the first two new jumps on Buffalo Jump have been rebuilt to better match the trail speed, so let 'er fly. Plus the usual potpourri of minor tweaks is ongoing and will continue until the snow flies. I know it is baking hot and the skies are smoky, but this summer will end. Do you want to be that person sitting there sad-faced in October because you never got around to trying all the new stuff at Kicking Horse? No, no you don't. So we'll see you up here, happy-faced!

cmcrawfo (Jul 28, 2018 at 10:27)
Its interesting that this style of trail and trail building has fallen by the wayside. In a world of machine made, newb friendly trails, the contracting out of trail building, and the notion that for a trail to be sustainable it has to be dug down to dirt, 3 feet wide, its refreshing to see trails that are actually trails. Loam is Forever! Rocks Belong ! Root Down !