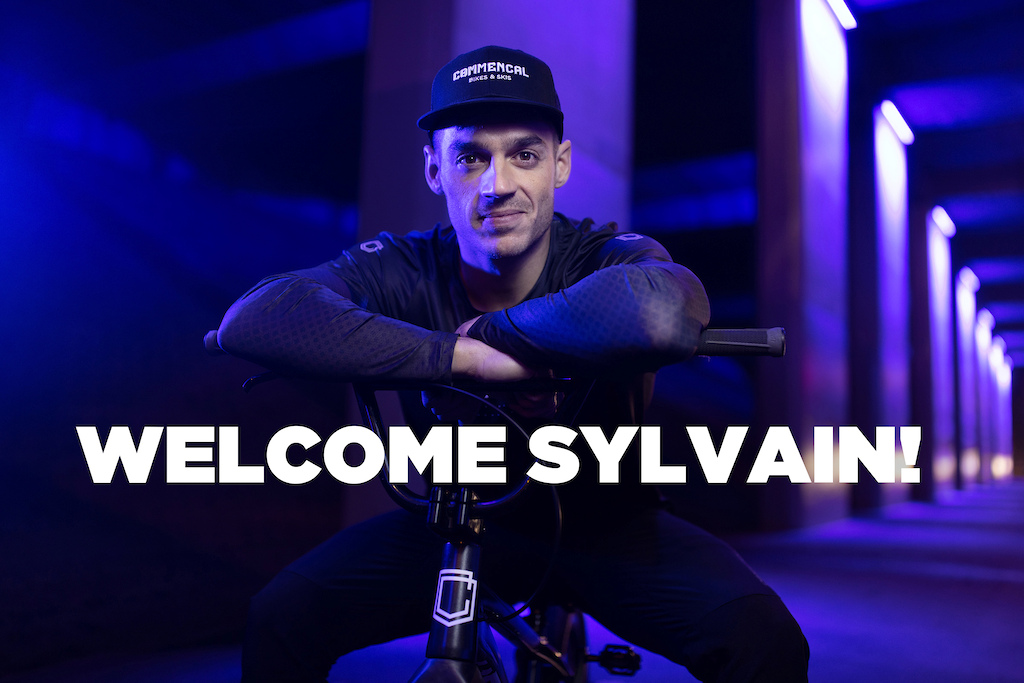 The opportunity was too good.

Before meeting Sylvain, there had never been any question of returning to BMX, but within a few days everything had changed. We chatted, shared our stories, and decided it was on, let’s go! It's not complicated, it's just real life. "One where nothing is ever set in stone, where our job is to dream and make people dream."
- Max

When we offered Sylvain to race the 4X World Championships in Val di Sole in 2021 aboard a Commencal, his response and his motivation should have alerted us about his personality. We should have understood that this meeting could not be a coincidence.

How could we say no to such an opportunity, associating Sylvain André and Commencal!
Much more than an announcement effect, this project is motivated by what has always driven us forward, the quest for performance and victories.

For those who would like to understand, this project can easily be summarized by:

-Provide the necessary support to Sylvain André.
-The arrival of Commencal in this Olympic sport.

Through this project, we also want to participate in the evolution of BMX while remaining faithful to our principles, the use of aluminum and respect for the environment. 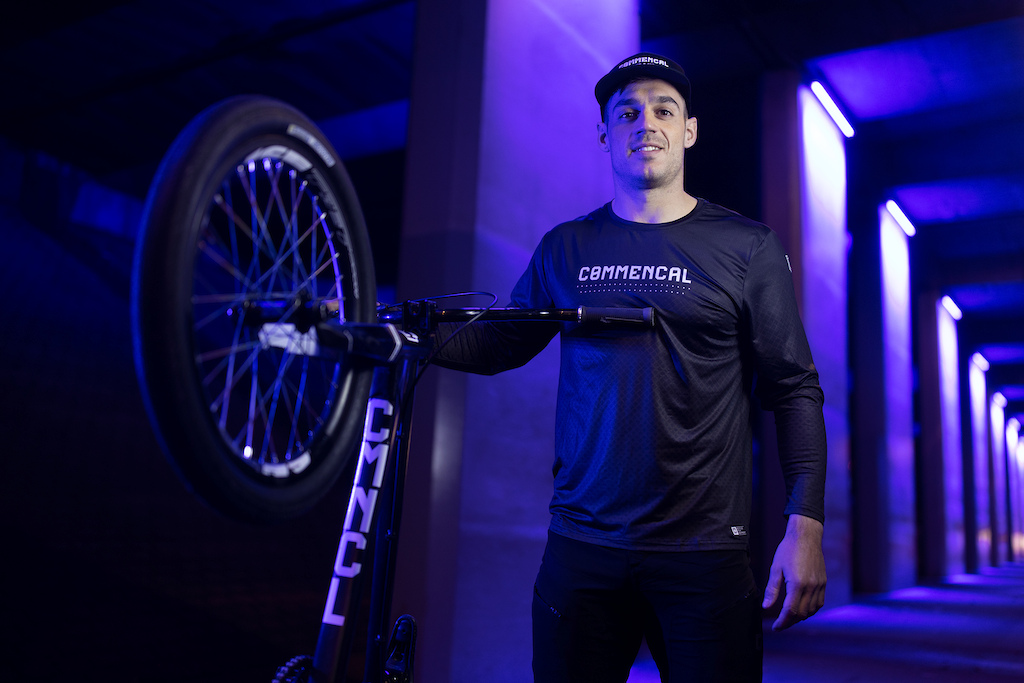 Lokirides (Jan 20, 2022 at 10:37)
Yes, and let's start by not calling it mtb in shorthand anymore, and change our abbreviation to ouaiii! Vowels rule!

showmethemountains (Jan 20, 2022 at 11:53)
Emteebee! Wyn seems like a fun guy... Perhaps we can enroll him in the vowel fight and help rename their team to Gee Tea Emteebee Racing

wilsonians (Jan 20, 2022 at 10:20)
Arent most of those dudes on carbon rigs? I don't know much (anything) about BMX really but in that case given the power needed, wouldn't weight make quite a bit of difference here?

thebrianboys13 (Jan 20, 2022 at 11:22)
most bmx racers have carbon frames fork and wheels nowadays. That being said, some racers still prefer the feel of chromoly or aluminium as it has a softer feel than stiff carbon

az-shredder3 (Jan 20, 2022 at 11:34)
Carbon frames are hardly lighter than aluminum. I went from carbon back to aluminum and really preferred the feel of alloy.

sunringlerider (Jan 20, 2022 at 16:13)
They are but there are still a shit ton of riders in open and pro am classes on aluminum frames. My Supercross Enve is not much heavier than a carbon of the same build.

wilsonians (Jan 21, 2022 at 6:24)
@The-mnt-life365: It wasn't really 'why not carbon' it was more a curiosity of if carbon gives a noticeable advantage in this race format, similar to XC. I don't care either way, was just wondering.

vinay (Jan 21, 2022 at 12:05)
Wouldn't steel or titanium make sense here? On a BMX race track you don't have sharp rocks or roots to dent the tubes, so you can work with thin walled steel or titanium. I don't know whether there would actually be more flex in those frames (compared to aluminium) for a similar weight frame under a similar load. Dan Atherton used to race a titanium Commencal in 4X. Of course the damping in the material there may have been helpful on the rougher 4X track. But yeah, curious how it compares.

Drawn (Jan 21, 2022 at 14:44)
@vinay: Cromo has a load of flex on a race bike and similar can be said for Ti mainly around areas that can effect how power is transferred (ie Bottom Bracket). Awesome for those who want to ride them everywhere, but not purely for racing. Alloy is the middle ground as they are cheaper but fatigue over time and begin to flex more but are light and strong. Carbon is just solid, pure transfer of power with no flex yet youll feel everything in feedback.
I race on cromo as i enjoy the feel, but also ride that bike everywhere.

EnduroManiac (Jan 20, 2022 at 10:56)
So what happened exactly when Anne-Caro said Commençal she wanted to be at the olympics in BMX? What made them change their mind?

BoiseLogan (Jan 20, 2022 at 9:31)
Usually, I couldn't be bothered to care, but the volume of typos/translation-oddities in this short press release are... impressive:
- three quote (") characters in Max's quote...
- "We could have understood that this meeting could not be a coincidence.": I have to imagine that "could" was meant to be "should".
-"How to say no to such an opportunity": rather "How could we say no to such an opportunity". as written it sounds like they are wondering what the right way to say no is.
- "Much more than an announcement effect": perhaps "We aren't just doing this to generate headlines"
- "For those who like to understand": not sure what to do with this, it just sounds... unnatural.

jaycubzz (Jan 20, 2022 at 11:11)
Most, if not all, Commencal press releases sound like this, clearly because they are written by people with english as a second language. Not a mystery, nothing notable really. I always read them in what I imagine an Andorran accent might sound like. Or like Cedric Gracia is speaking.

danielfox (Jan 20, 2022 at 19:06)
if you read it using Max's voice it makes sense. German press releases translated into English are also atrocious at times.

BoiseLogan (Jan 20, 2022 at 19:36)
That my comment has gotten a fair amount of down votes is amusing to me. I own a Commencal, I love it, it’s a really rad bike and a really rad company. I realize and acknowledged that it’s more than likely a translation issue, but apparently pointing out actual errors (most of which have actually been used/updated in the article) is apparently beyond the pale for some folks. I suppose it’s “best” to just ignore obvious errors when you see them… next time you’re on the trail and you see someone with a really low tire, or an open backpack, or drop something out of their pocket… do the “best” thing: don’t say anything, just ignore it.

calmWAKI (Jan 21, 2022 at 1:07)
Me and few others dads are skeptical. Particularly Rob who also has MX background.

mrkumro (Jan 20, 2022 at 14:52)
I hope sponsoring a BMX racer motivates Commencal into making a lightweight xc style bike in the future.