Jul 21, 2014 at 15:52
by Callum Jelley
Tweet
Out the window of the train the mist swirls around the busty figure of the mountains. Cutting along tunnels punched through the earth we sped toward Verbier, a small but prolific little town high in the Swiss Alps. The classic Swiss chalets of Verbier sit at 1500m overlooked by the peaks of Attelas2727m, Mont-Gelé 3003m and Pierre-Avoi 2473m. The evening we arrived the yin and yang divide of the snow line was clearly visible above the village. A foreboding omen considering the date read July 7th. 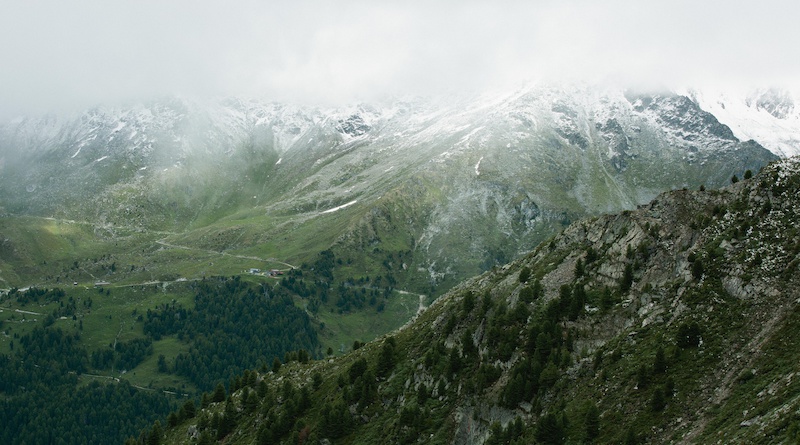 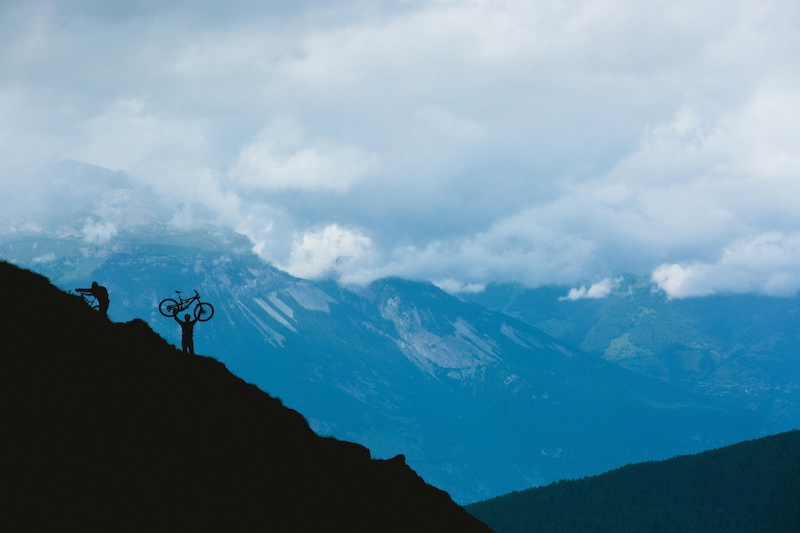 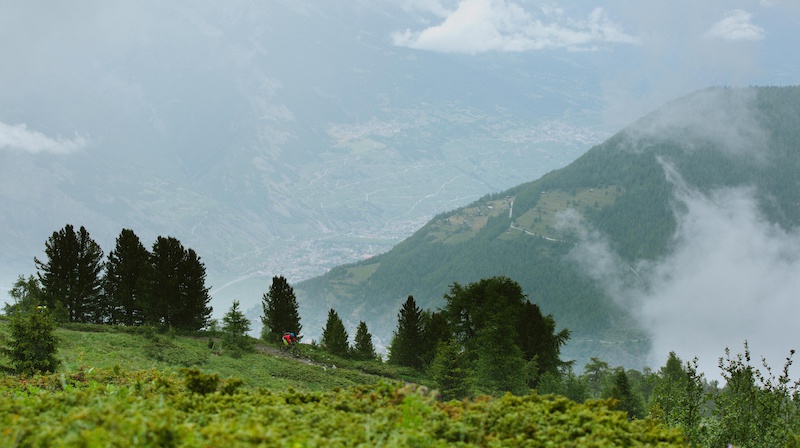 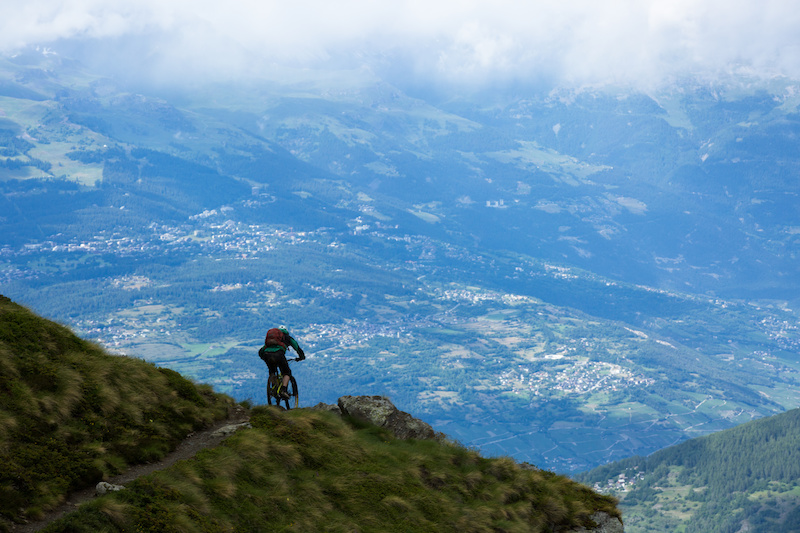 The reason I am in this land of the rich and famous (Verbier is a hot spot for Royals, Richard Branson, and many more in the winter months) is to sample their new bike park and experience the 206km of trail that Verbier is using to entice the ‘Enduro’ aka mountain biking world. In the past year the Swiss government have passed a law allowing mountain bikers on the myriad of walking paths that crisscross the valley like a giant web, linking long forgotten valleys and high-mountain passes.

The rain beats on the windows as Fabrice Tirefort, Trifon as he is more commonly known, tells us of the tireless man hours that have gone into building trails in the bike park and the endless litigation involved in persuading the government that mountain bikers aren’t Hells Angels and that by sharing the walking trails with mountain bikers retired ramblers wouldn’t be getting run over or pushed of paths all over the place. What Trifon and his team have achieved through all their effort is a bike park with trails ranging in difficultly from blue to black and the opening of 206km of trail, 75 of which is pure unadulterated singletrack. Suffice to say, Trifon and his team should be given a medal.

Standing at the base of the Medran gondola, the team of journalists I am with are all suited and booted to ride, the rain's never ending percussion solo continuing. Ascending in the gondola I caught glimpses of trail through pockets of undulating cloud. Stepping out at the top into snow flurries just made us happier. If it’s going to be bad weather it may as well be mad weather, and snow in July is mad enough. A few snowballs and a gondola lap of the next section of mountain later we set off down the blue run. We were a complete cross section of mountain biking from the pro downhill racer through the freerider and down to the very beginner, but we were all instantly grinning and skidding our way through the sleet. With Trifon acting as guide our band of merry men continued down Verbier’s blue trail, essentially the easiest trail on offer in the bike park. Now it had everything a blue level trail should; berms, rollable jumps, wide wooden bridges etc. The only issue is the gradient; like its skiing, Verbier is renown for its vertiginous faces and although the blue doesn’t drop to any extreme angles it is perhaps a tad steep for the absolute beginner. In making this point to Trifon he promised that a more ‘pump track’ style trail is in the planning to offer the very beginner or children a ride they can learn on and enjoy.

Considering the huge variety of skill sets within the group there was nothing but smiles on the mud spattered faces of the troop as we rolled into the gondola station for a second pop at the mountain. All afternoon the rain persisted and so did we. Seb Ramsey, a pro level downhill and enduro racer, and I branched off with Trifon and a local young DH prodigy to explore the bigger jump trails and DH tracks. All the trails were holding up well despite the weather. They lay snake-like in the lush forest, adorned in old man's beard, and reminiscent of my favourite old BC trails. 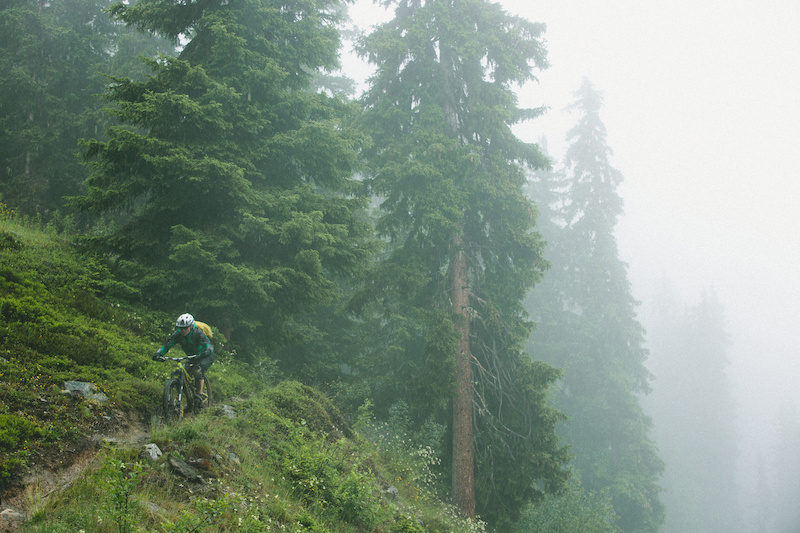 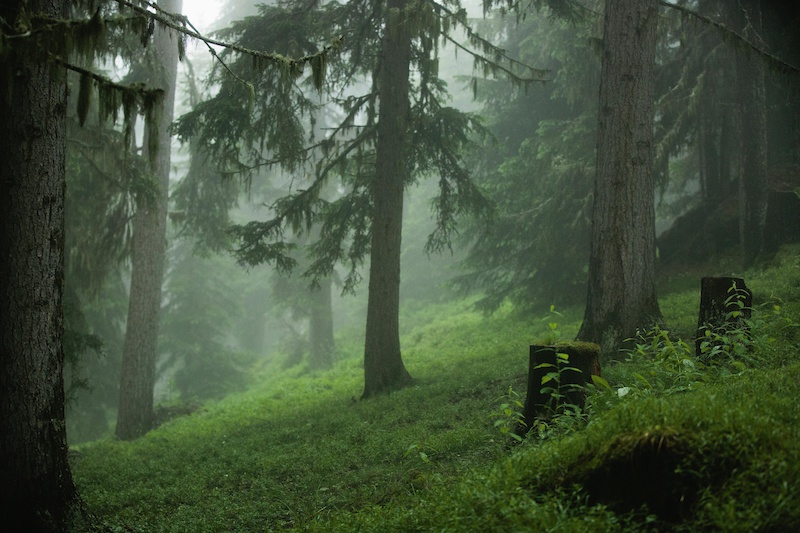 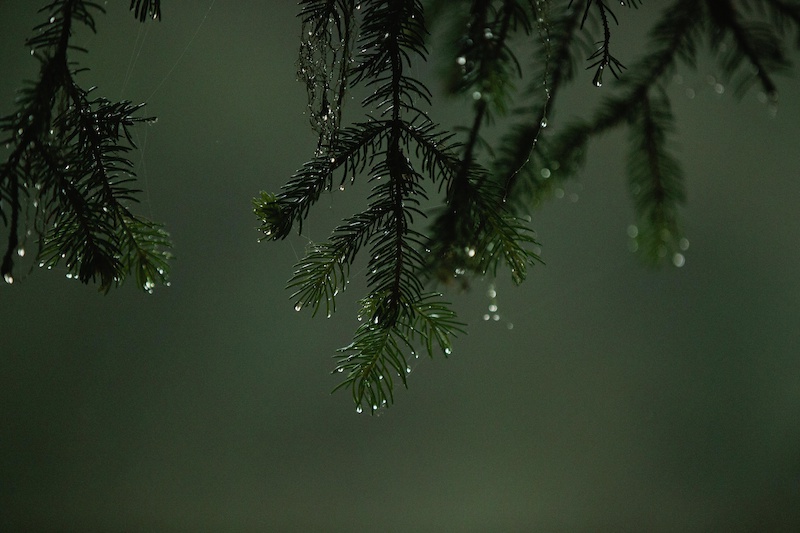 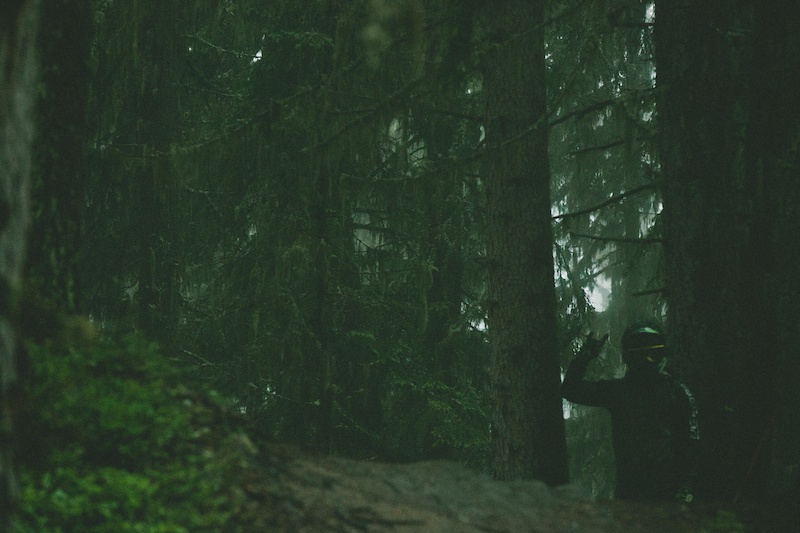 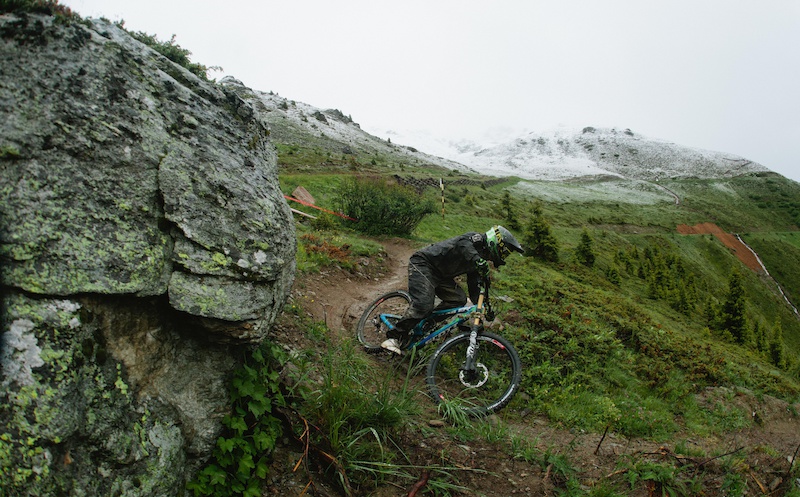 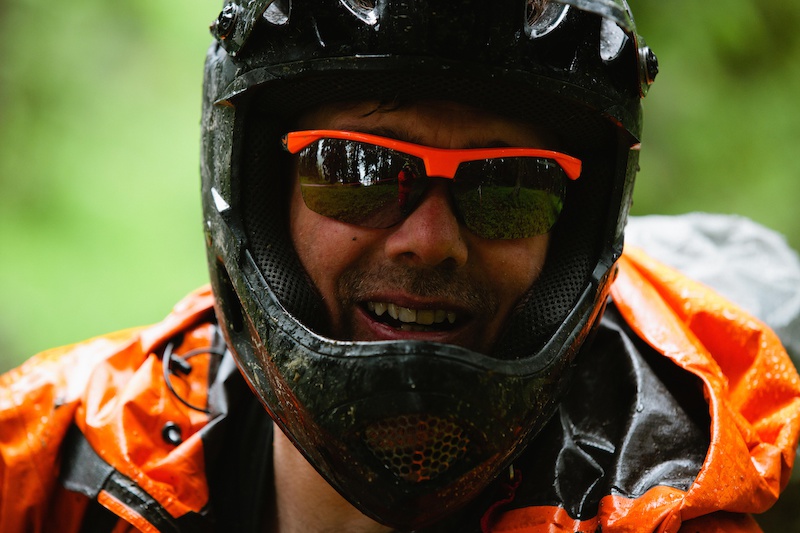 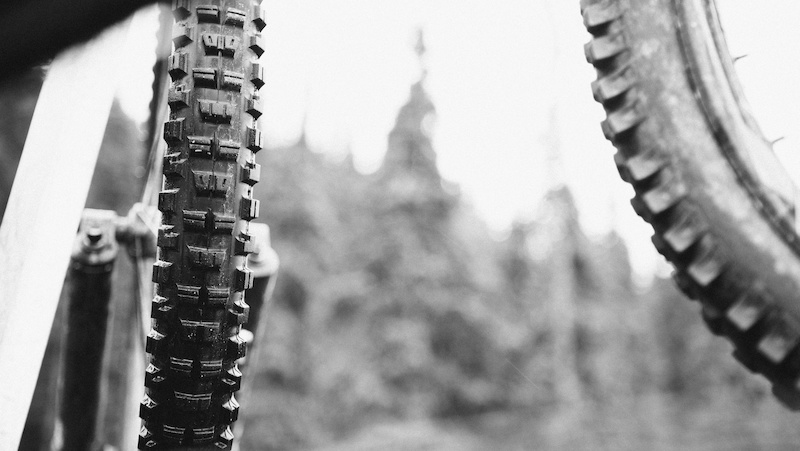 I’m sure science will back me up on this one but food and wine taste better at altitude. The next morning we all awoke a little unsteady on our legs as the last of the wine still held its grip on the lower limbs. A plate of cheese, ham and croissants, lots of coffee, orange juice, cereal, yogurt and fruit. The deadbeat in me refuses to die especially when faced with a buffet breakfast. I was still stuffing whatever I could put my hands on into all my available pockets when Seb shouted that we were “going to a bit of a ride with his local mates”, sounds innocuous enough… 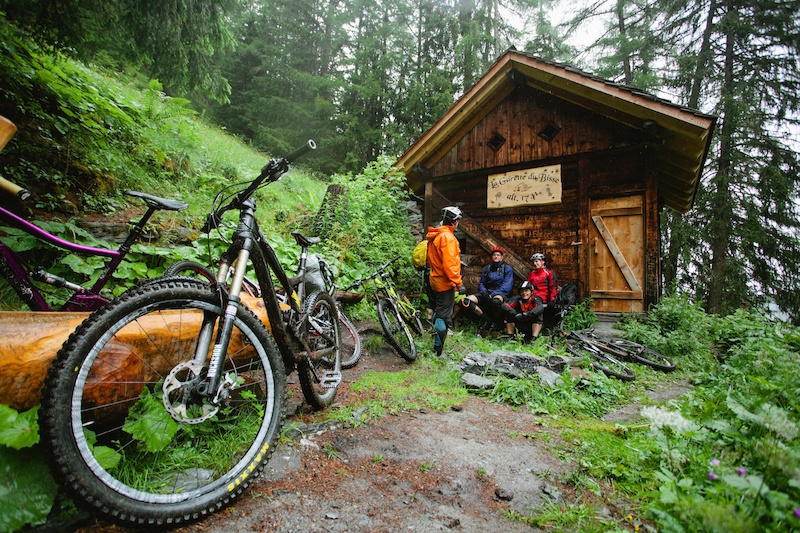 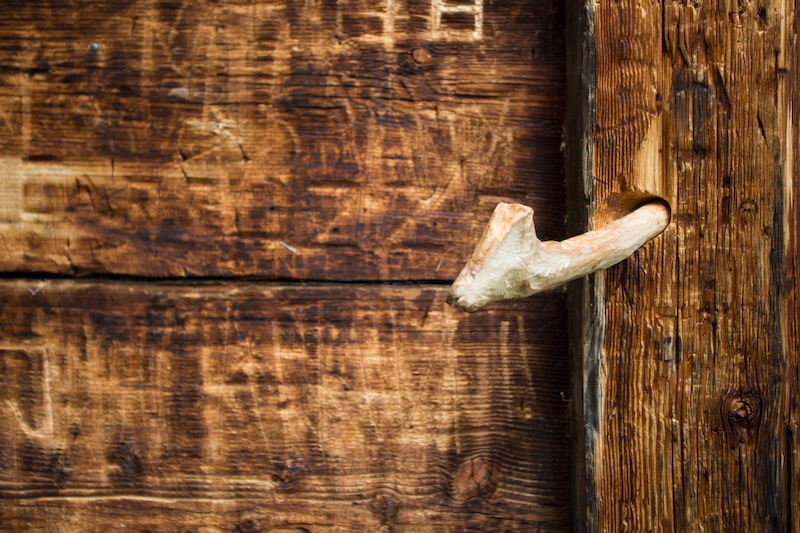 This time myself, Chris and Seb splintered from the fold to go for the aforementioned “bit of a ride” with Sebs; pals, who it turns out run Bike Verbier, a local guiding company. What followed was, we later found out, named Mad Wednesday, fast becoming a tradition. Every Wednesday a band of intrepid explorers set out on an epic trail ride which often ended up in everyone returning home past their bed time. On this particular ‘Mad Wednesday’ we circumnavigated the four valleys, rode around the edge of the world where one slip left would be quickly followed by a long fall left. We passed high pastures of migrating cattle and their farmers, groups of eager looking Scout types with rucksacks larger than the boy or girl lumbered with the task of carrying it. All the time the weather whipped around us delivering hail, rain, 30-degree sunshine and snow - in weather terms we got a royal flush. Two 45 minute hike-a-bikes split by a beautifully technical decent and a chairlift ride brought us to the top of the world. 360 degree views of the world, the Matterhorn and the entire Swiss Alps would have greeted us had the weather not closed in to approximately 10 metres of visibility. It’s a good job my imagination is 20/20 or I would have been asking for my money back not to mention my lungs which led a mutiny against me on the final climb. 2000 metres to the valley floor. I refuse to describe the descent, you will have to go and discover its beauty for yourselves. By train and van we travelled back to Verbier after the epic descent, arriving just in time for dinner and tales of valour from our day’s adventures. Verbier is one helluva place to ride a bicycle. Come one, come all, for there is plenty to go round. 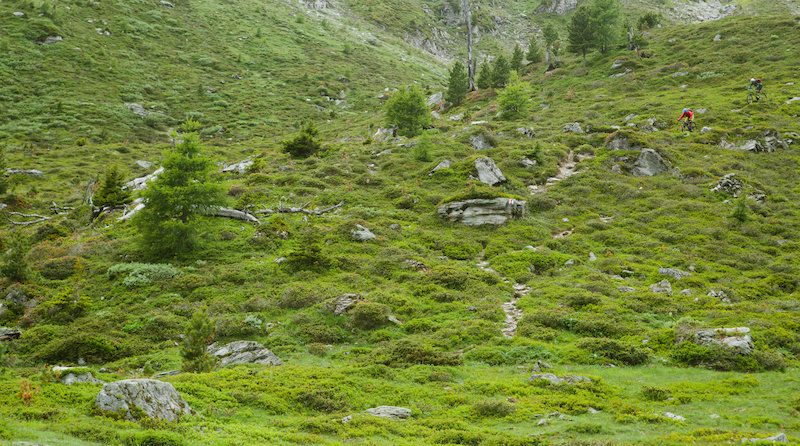 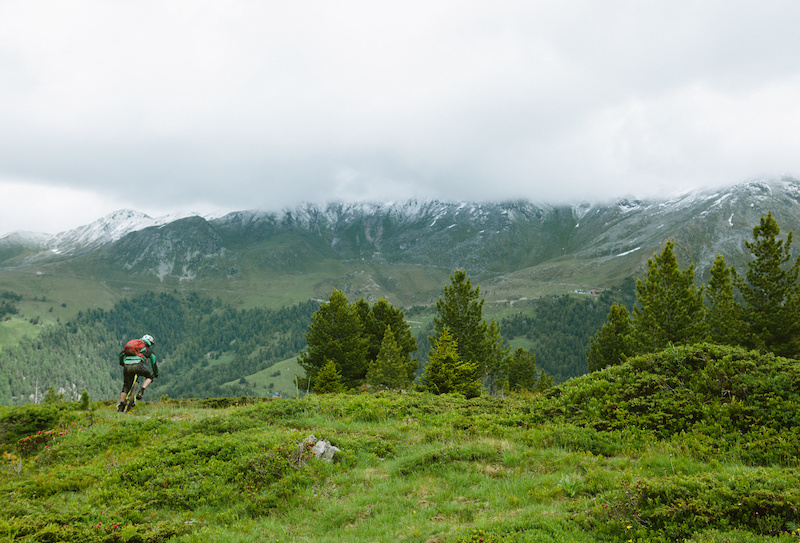 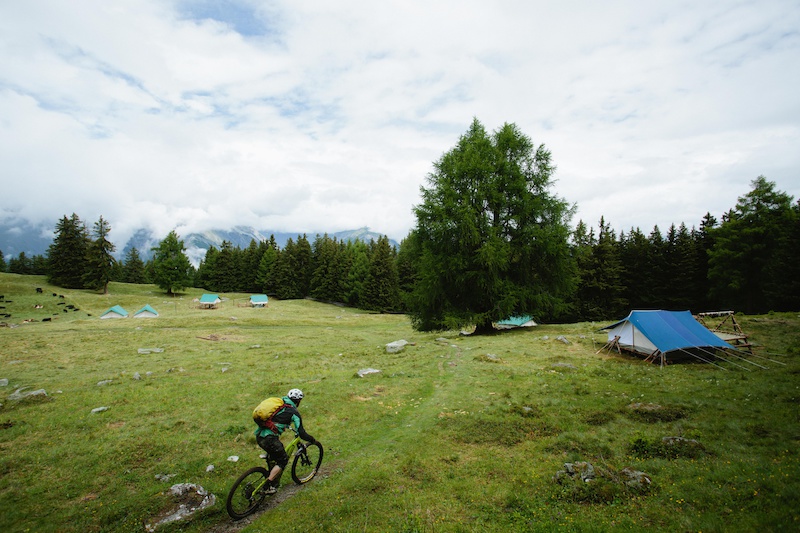 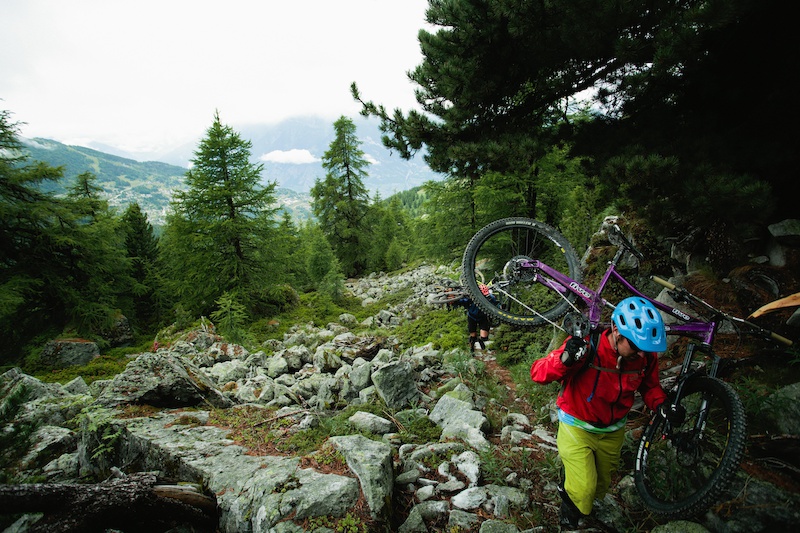 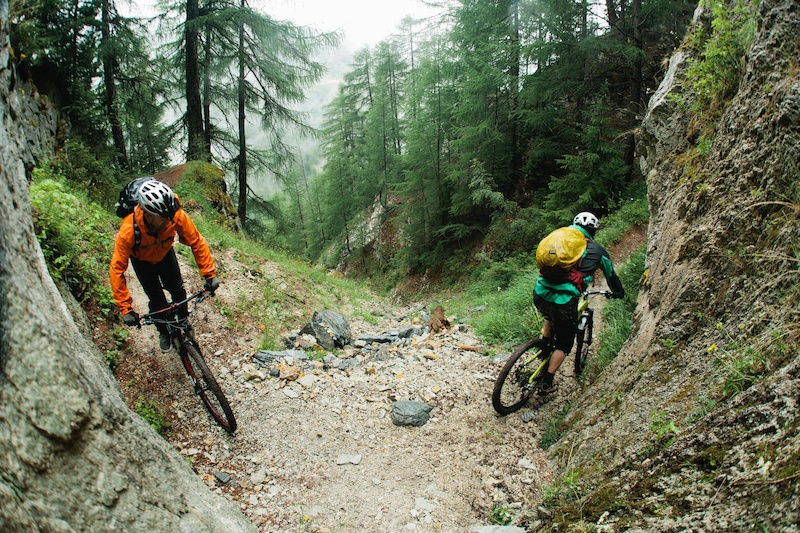 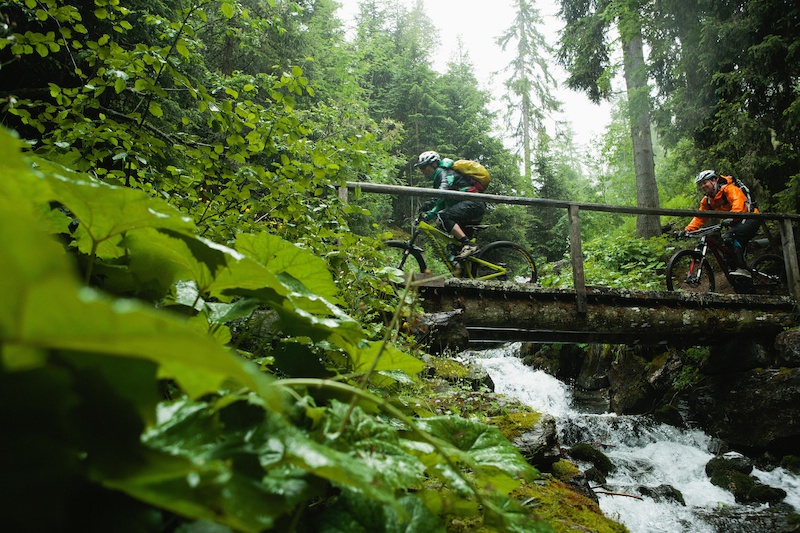 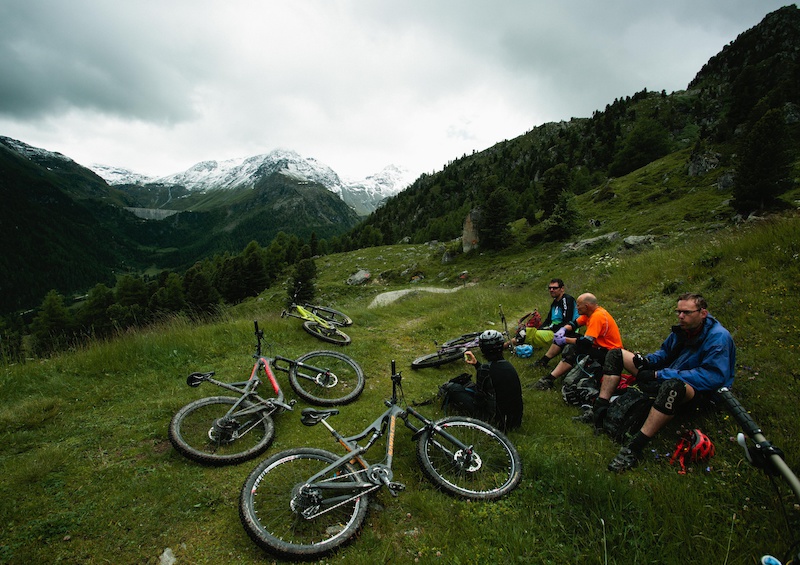 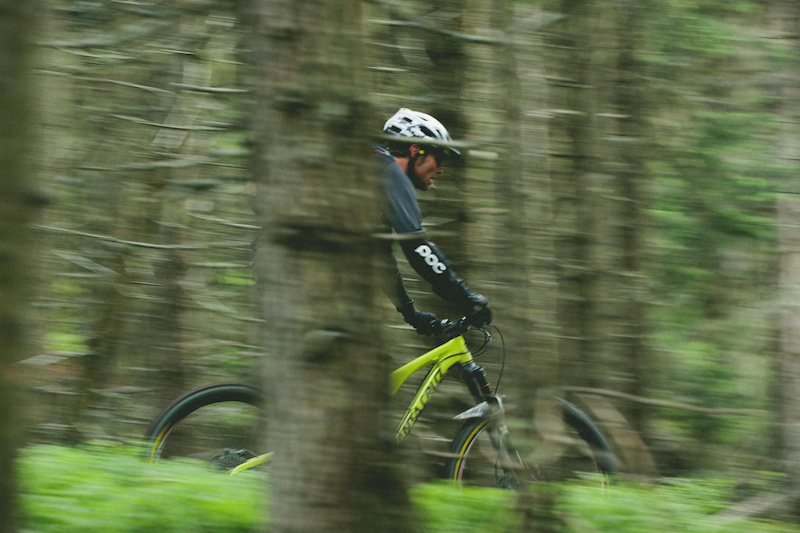 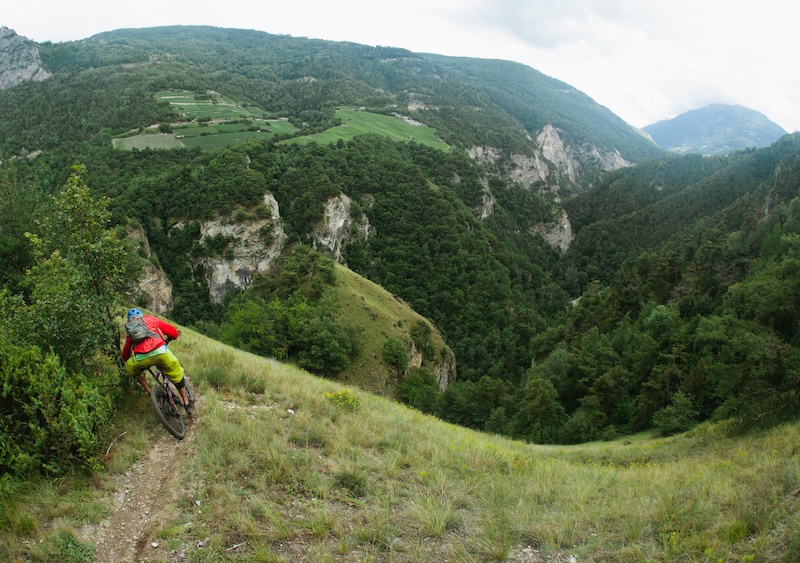 Enduro Bike Park www.verbierbikepark.ch opens for weekends at the beginning of June and then open daily from 23 June to 26 October

For more information and to find out details of accommodation please visit www.verbier.ch

Restaurant Le Caveau is a welcoming family restaurant serving traditional French and Swiss foods and wines, such as raclette and fondue, with an excellent view of the Grand Combin. For more information visit www.caveauverbier.ch +41 27 771 22 26


Swiss Travel System
The Swiss Travel System provides a dedicated range of travel passes and tickets exclusively for visitors from abroad. The Swiss Transfer Ticket covers a round-trip between the airport/Swiss border and your destination.
Prices are £96 in second class and £153 in first class.
For the ultimate Swiss rail specialist call Switzerland Travel Centre on 00800 100 200 30 or visit www.swisstravelsystem.co.uk.
Switzerland Tourism: For more information on Switzerland visit www.MySwitzerland.com or call our Switzerland Travel Centre on the International freephone 00800 100 200 30 or e-mail, for information info.uk@myswitzerland.com; for packages, trains and air tickets sales@stc.co.uk.

UK to Zurich:
SWISS offers up to 19 daily flights from London Heathrow, London City, Birmingham and Manchester to Zurich. Fares start from £147* return, including all airport taxes, one piece hold luggage and free ski carriage. (*Please note this is a leading fare and is subject to change, availability and may not be available on all flights. Terms and conditions apply.) For reservations call 0845 6010956 or visit: www.swiss.com

kwivan (Jul 26, 2014 at 3:19)
The new tracks are very good and well done, the team has done an hudge work for us (riders). If you travel in Switzerland with your bike, you have to come here for a few days !

mkultre (Jul 28, 2014 at 17:40)
as far as bike parks go Chatel offered a much better variety of trails IMO and is less than an hour away from Verbier. Had a great time riding the lift access trails in Verbier but the Port Du Soleil mtb event/race was sick considering you can start in Switzerland and end in France all though certain lifts apparently are only open during select times as I was told in Morgins... Plus Morzine and Champery are relatively close to Chatel so you can ride in a new place everyday!

kwivan (Jul 29, 2014 at 3:15)
Yes I heard many times that les Portes du Soleil is an awsome place to ride but unfortunately I never had the opportunity to go there for the moment... I'm agree with you about the fact that there are more tracks there and that it's a bikepark for more riding levels but I think Verbier is still a good park to ride and to test one time

CalSonic (Jul 26, 2014 at 3:59)
A planned trip to Verbier is imminent. Glad to see the local laws have been altered in our favour.

This is what lured me here. >> www.redbull.com/uk/en/bike/stories/1331574848250/video-exclusive-strength-in-numbers-swiss-segment

@CalSonic, just to avoid you being disappointed, I believe the Swiss segment on SIN is not only filmed in Verbier. A big part was shot at Zermatt and the Gornegrat area with the great views of the Matterhorn and the Glacier -which is not at all around the corner from Verbier

CalSonic (Jul 26, 2014 at 15:13)
Indeed, my friends were out there last summer hence the return accompanying' visit. One of them was a guide there for a couple of seasons. Appreciate the heads up though :o) ......

gibbonarms (Jul 27, 2014 at 7:29)
The best way to see Verbier is with Phil and Lucy from Bike Verbier, they know the terrain amazingly well, and are excellent hosts and guides:
www.bikeverbier.com/index_bv.php

SingletrailVerbier (Jun 5, 2017 at 6:43)
Planning you next MTB Holidays or a one day getaway adventure in Verbier? Check out the www.singletrailverbier.com holiday and guiding offers!