by Cannondale
Views: 11,510    Faves: 7    Comments: 0
Cannondale Factory Racing (CFR) goes into its 7th season and still follows the same approach: Perform on the highest level of the sport and have fun while doing so. #WHATSBEHIND is a video series capturing the full experience of the rider's 2015 campaign.

For 2015 the lineup changes slightly with a look towards the 2016 Olympic games in Rio de Janeiro Brazil. Manuel Fumic and Marco Aurelio Fontana are the base of the team being long term Cannondale Athletes. Their unique style, personalities and way to approach the sport has formed CFR into what it is today. Youngster, Anton Cooper starts his 3rd season with the team and has grown into the ranks of the U23 World Cups. 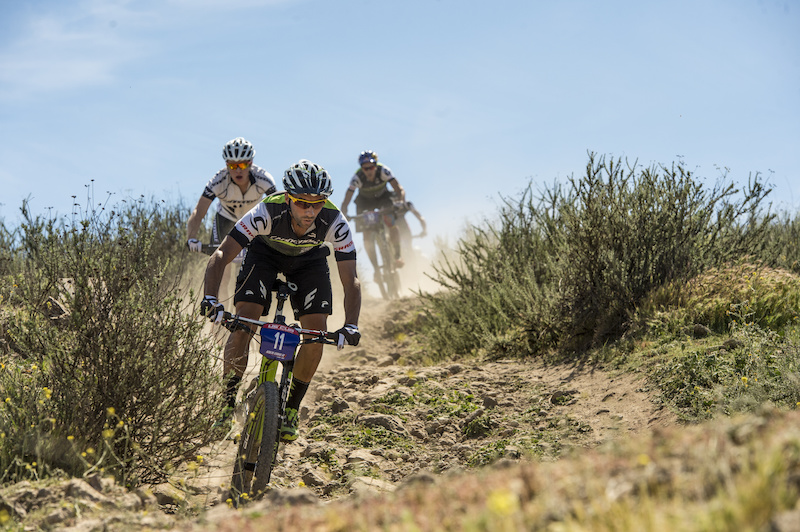 Mani Fumic leads Anton Cooper and Marco Fontana down the descent at Bonelli Park in California.

The newest addition is the Brazilian, Henrique Avancini. A local hero in his home country, he will follow the steps of Fumic and Fontana to be a top player in the sport of professional MTB XC racing. He has all the components needed to be on top of the game in the World Cup and for sure will be one of the crowd favorites in his home race in 2016: The Olympic MTB Race. 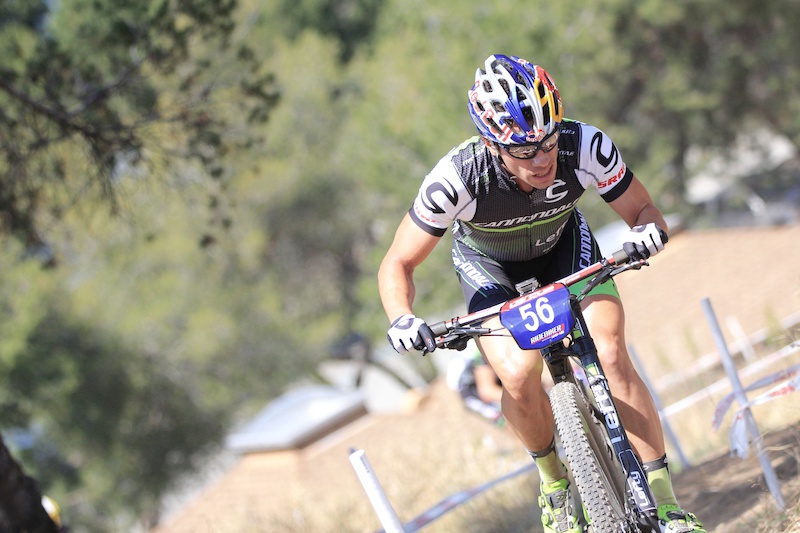 CFR started the season with an early approach on the North American racing scene, opting for the US CUP races in California for the month of March. In April the focus is on European soil to prepare in the best way for the upcoming first 2 rounds of the UCI MTB XCO World Cup in Nove Mesto/CZE and Albstadt/GER. With the full focus on the World Cup, World Championships and the so important Olympic Qualification, CFR will be faced with a tight schedule, but will still maintain time to ride bikes for fun and keep their level up in other disciplines. Manuel Fumic, Marco Fontana and Anton Cooper plan another approach to the EWS in Finale Ligure and some other fun races at the end of the 2015 season. 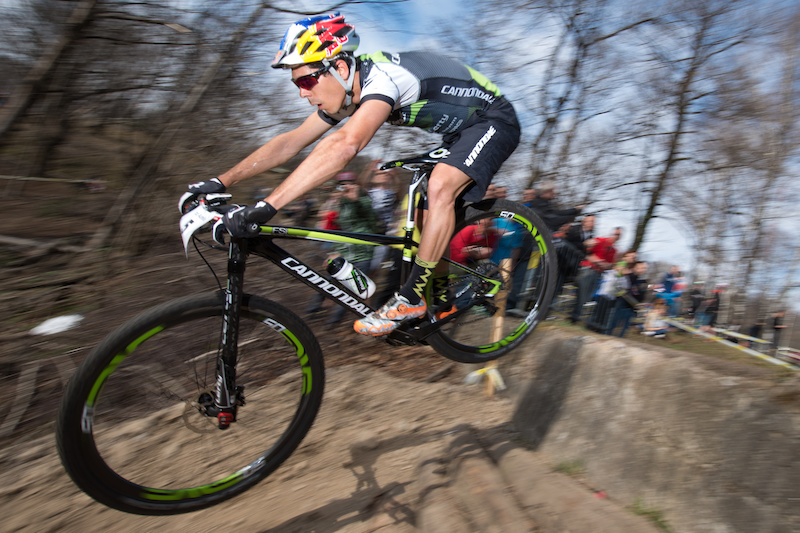 Marco Fontana airing it out on the F-Si hardtail 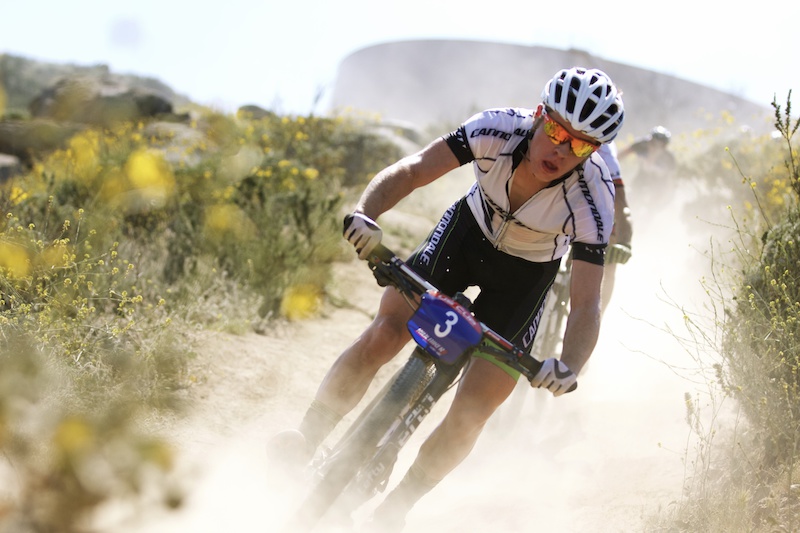 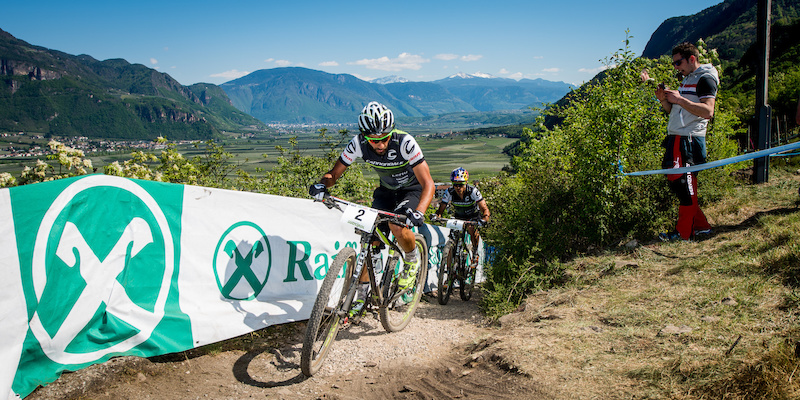 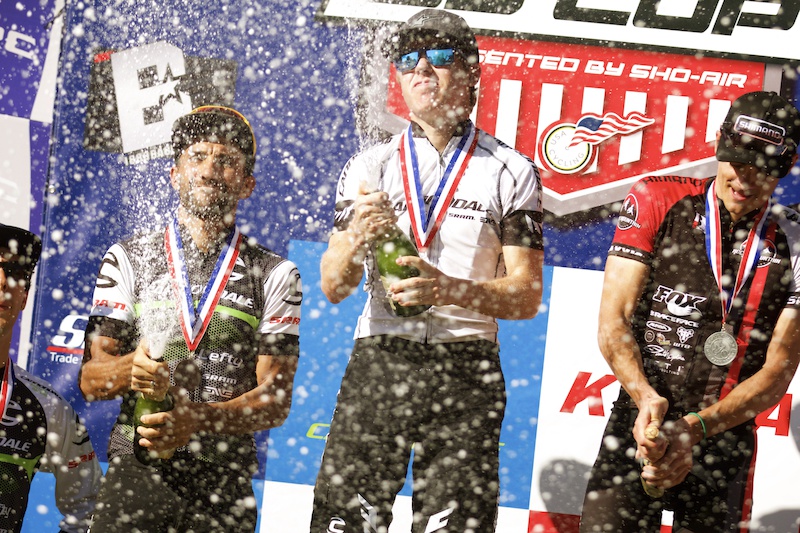 Stay tuned as we bring you several episodes over the upcoming months highlighting the success, the smiles and the adventures that only Cannondale Factory Racing can provide. Come with us and see #WHATSBEHIND....

utahspines (Apr 29, 2015 at 9:02)
Stoked to see this series. These dudes are my favorite XC riders. Baggy shorts, boosting jumps, taking the hard lines and they rip enduro courses too. Marco even took top 10 at freaking cyclocross Worlds, right after he took 3rd at XC Worlds and top 20ish at Finale EWS and then raced a ProTour road race at Strade Bianche. Crazy bike skills.

pinnityafairy (Apr 30, 2015 at 6:42)
old Cannondale was one of the most innovative bike companies of all times. Time will tell where the new owners take it.

MrPink51 (Apr 29, 2015 at 13:19)
Ha! That's what I hoped for... I admit it. When I think Cannondale I think Jerome. Mad respect for these XC guys though. That is the most unforgiving platform in mountain biking. You won't catch me on one of those bikes that's for sure.