Video: Follow the Canyon CLLCTV FMD Team Through 2022 in 'How We Roll' - Episode 1

Say hello to the next biggest mountain bike video series; How We Roll. Bringing a new perspective to the world of the FMD race team for all the behind-the-scenes and drama. The series has been created to be enjoyed by those both in and outside of the sport, so take a seat and watch what downhill is all about with some of the wildest stories from the 2022 season.

The first episode is out today, with subsequent episodes launched weekly.

To accompany the video launch, we've put together a little photo story with some behind-the-scenes snaps from the creation of the series. In episode 1 the team get together for their first big gathering of the year for the pre-season testing in Lousa, Portugal. Not only essential for dialling in bike setups ahead of the race season, team camps are an integral part of team bonding before they spend the entire summer travelling around together. The first stop on the World Cup circuit this year was Lourdes, France. Known to the rest of the population for being the destination for holy pilgrimages, it’s renowned for its high speeds, slick mud and painful whoop sections to us mountain bikers. 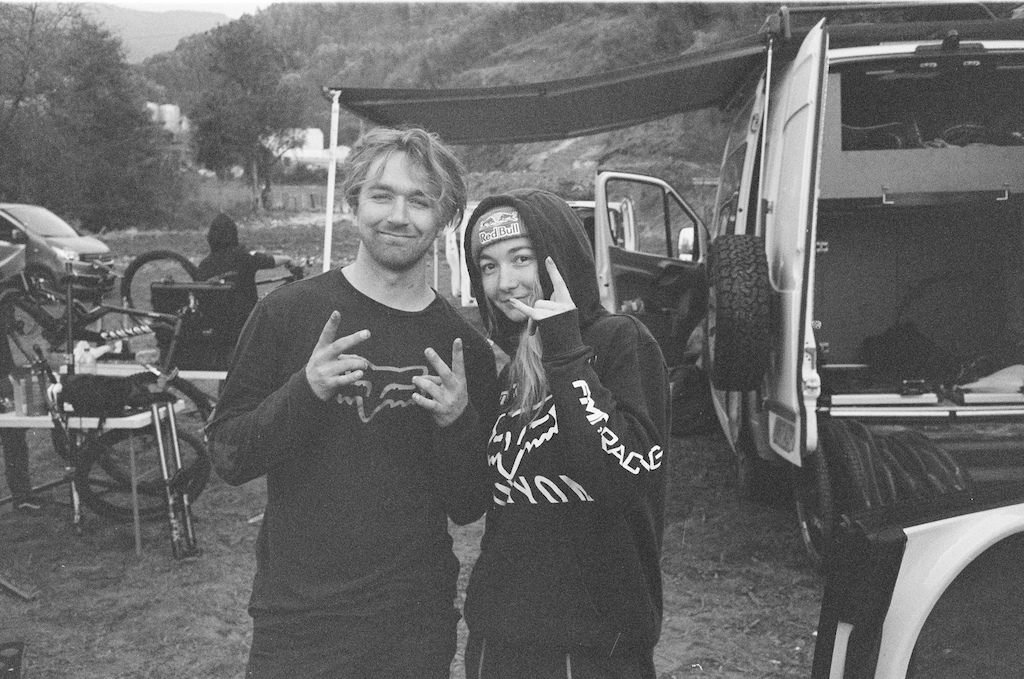 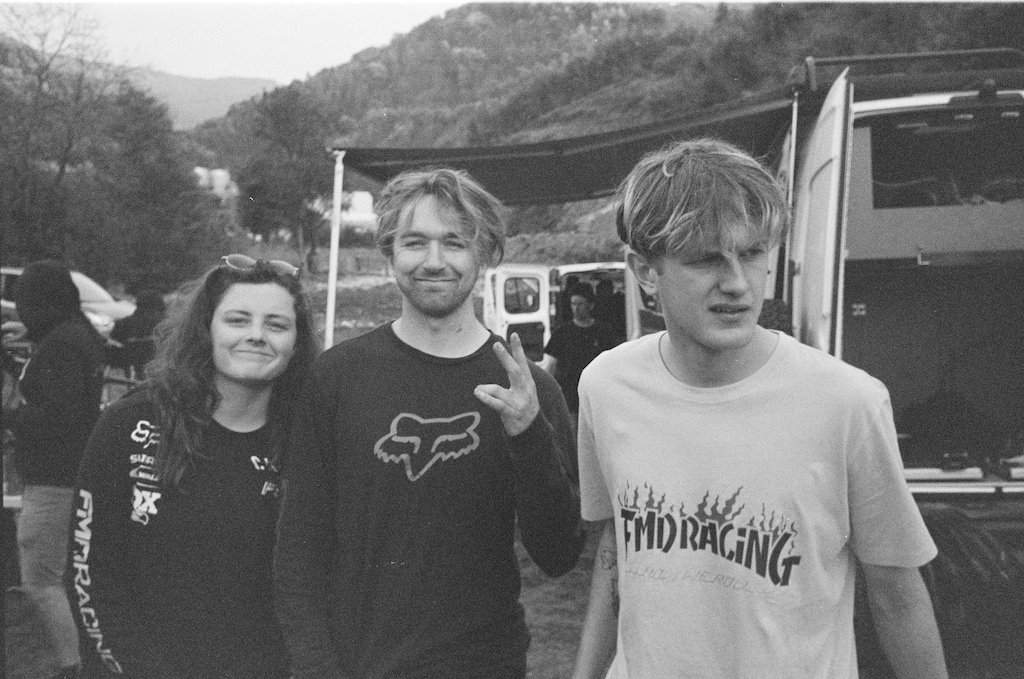 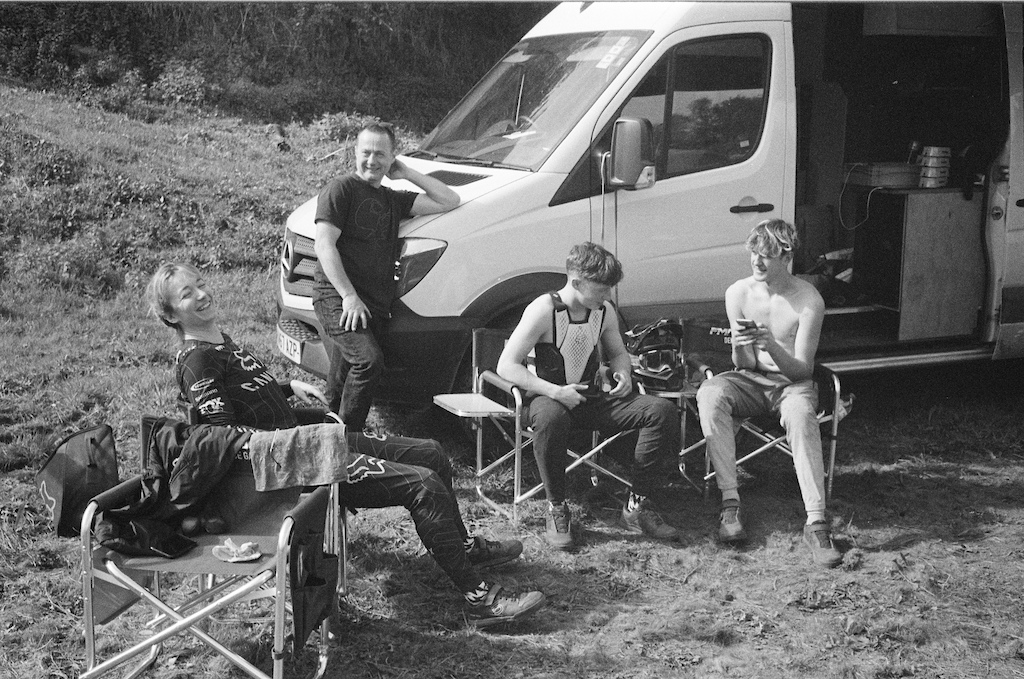 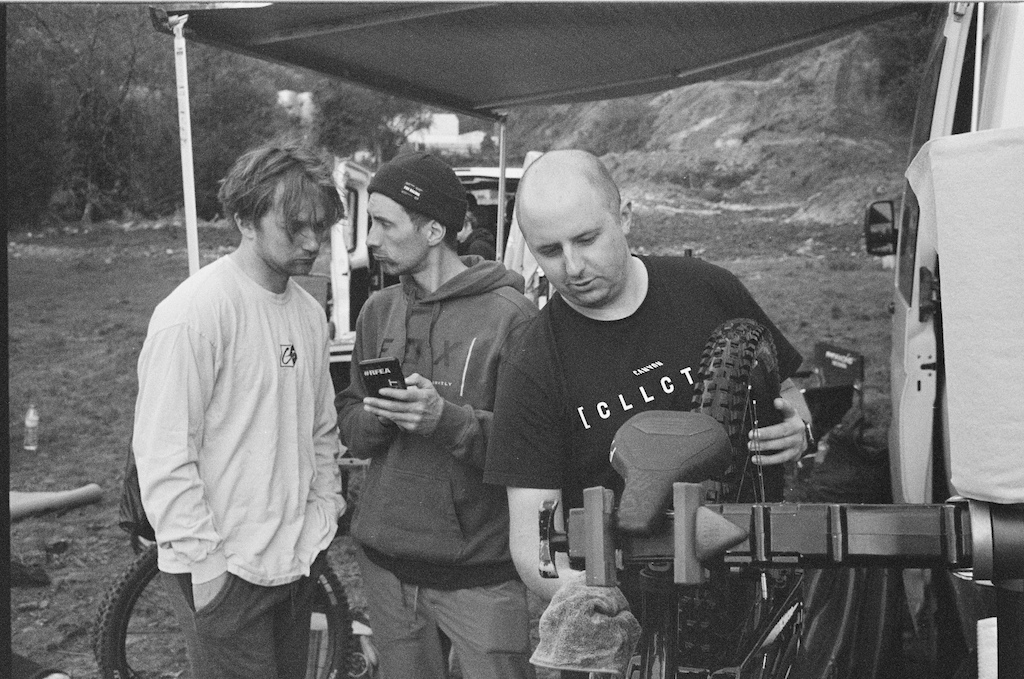 Getting bikes and lines dialled 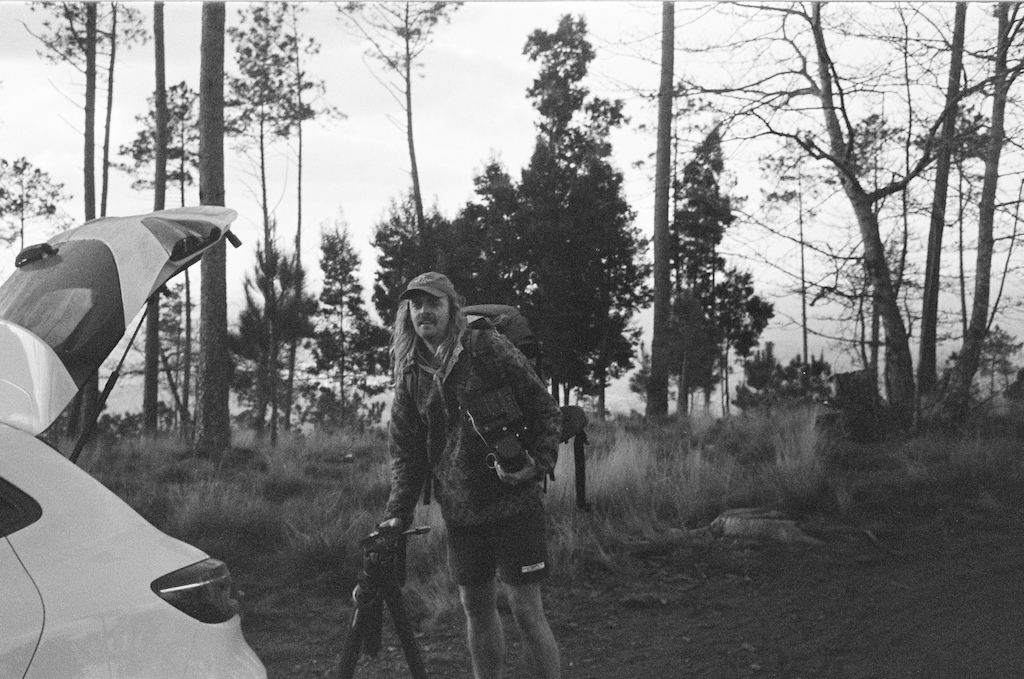 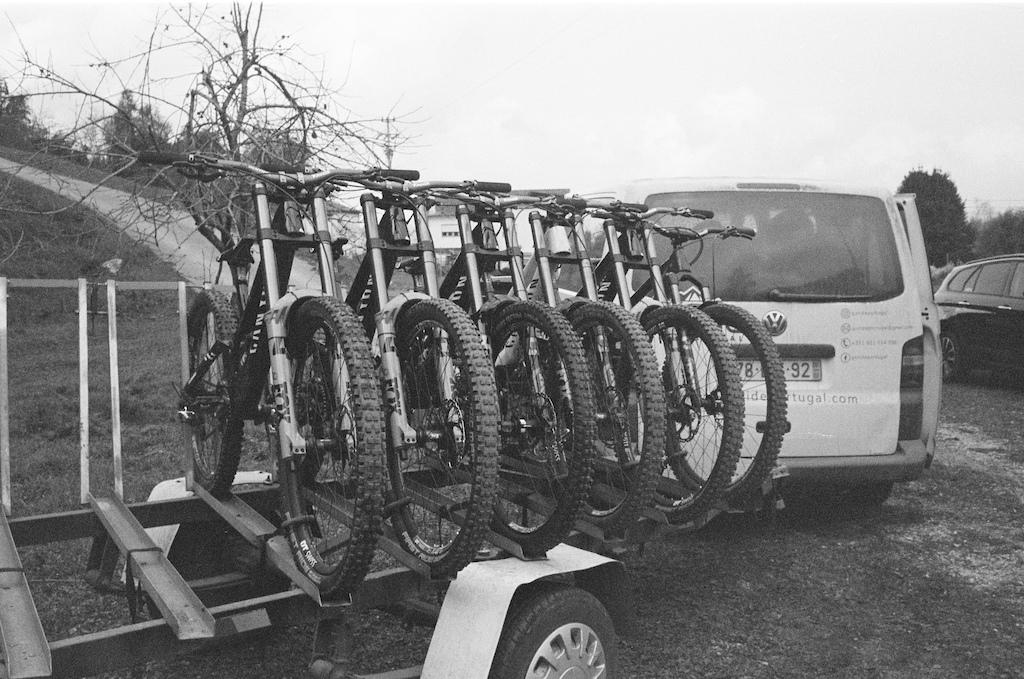 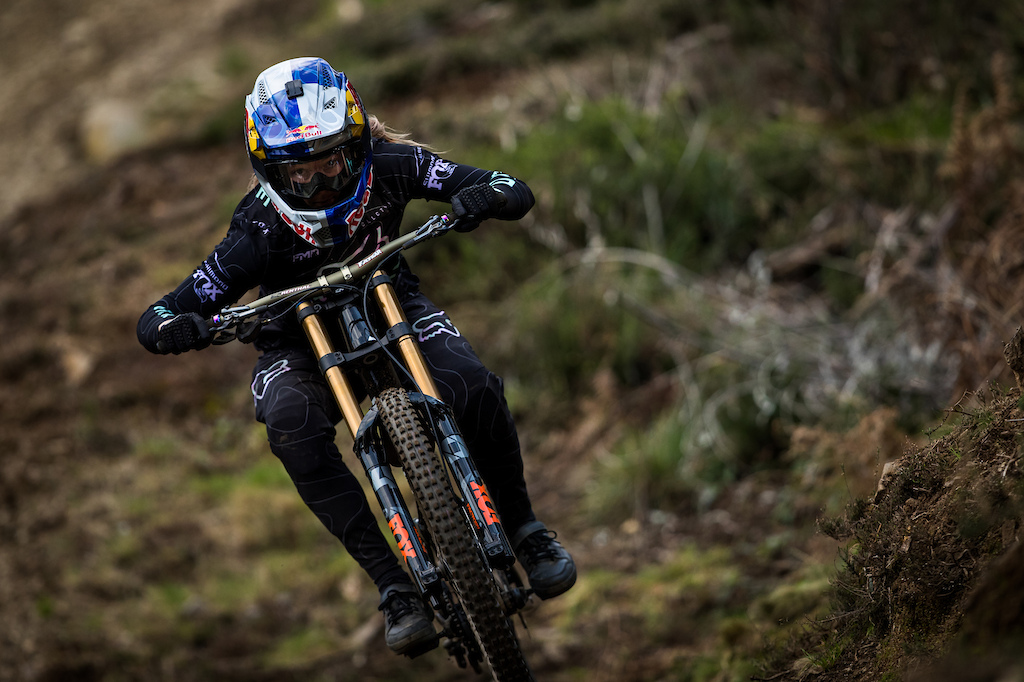 Tahnee testing out those micro-adjustments on track 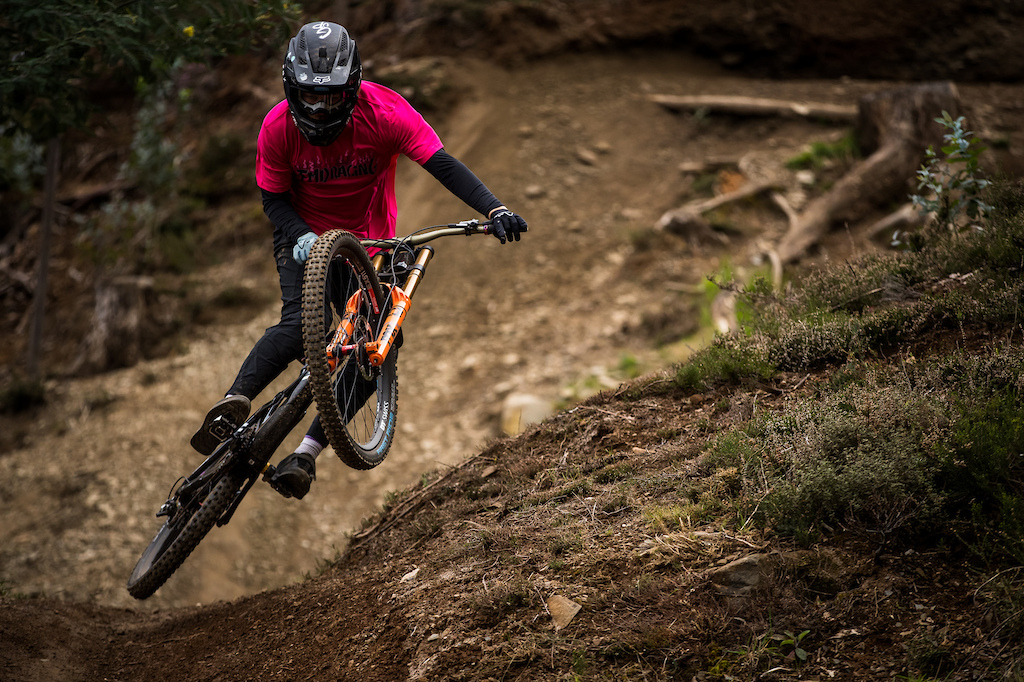 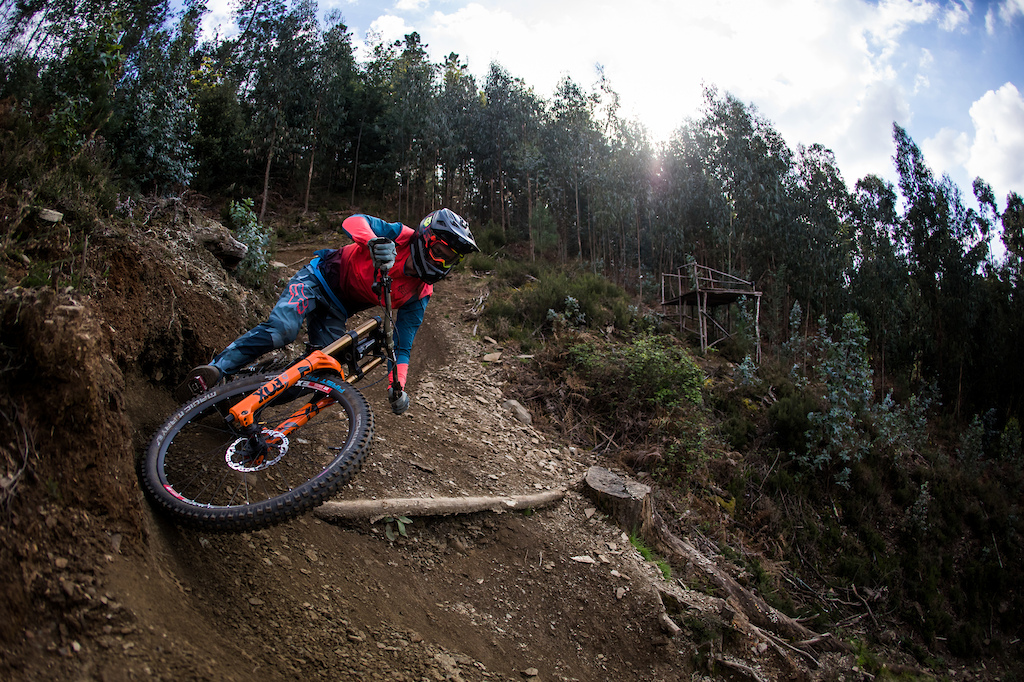 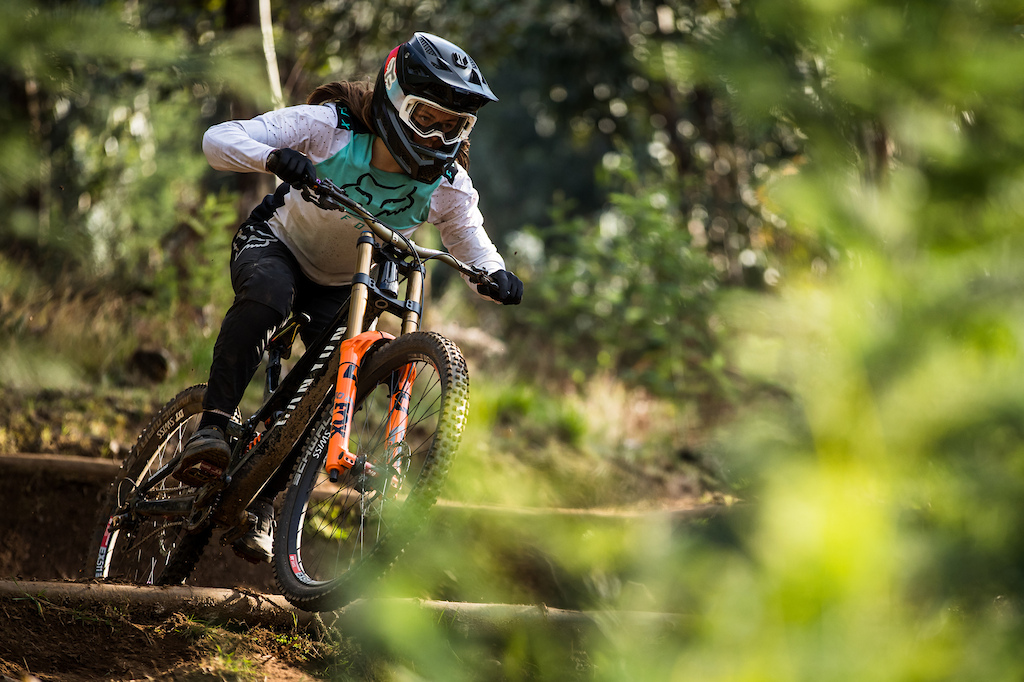 First-year elite Dennis Luffman and second-year junior Phoebe Gale are excited to build up speed in their categories. 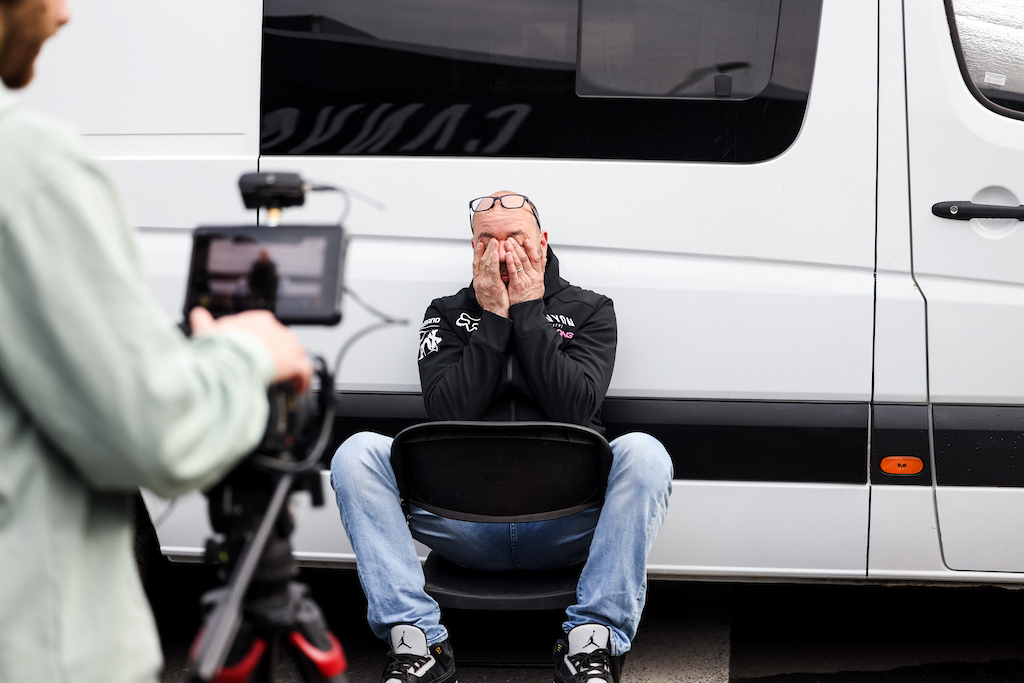 Team manager Tony Seagrave getting his first taste of life on camera. 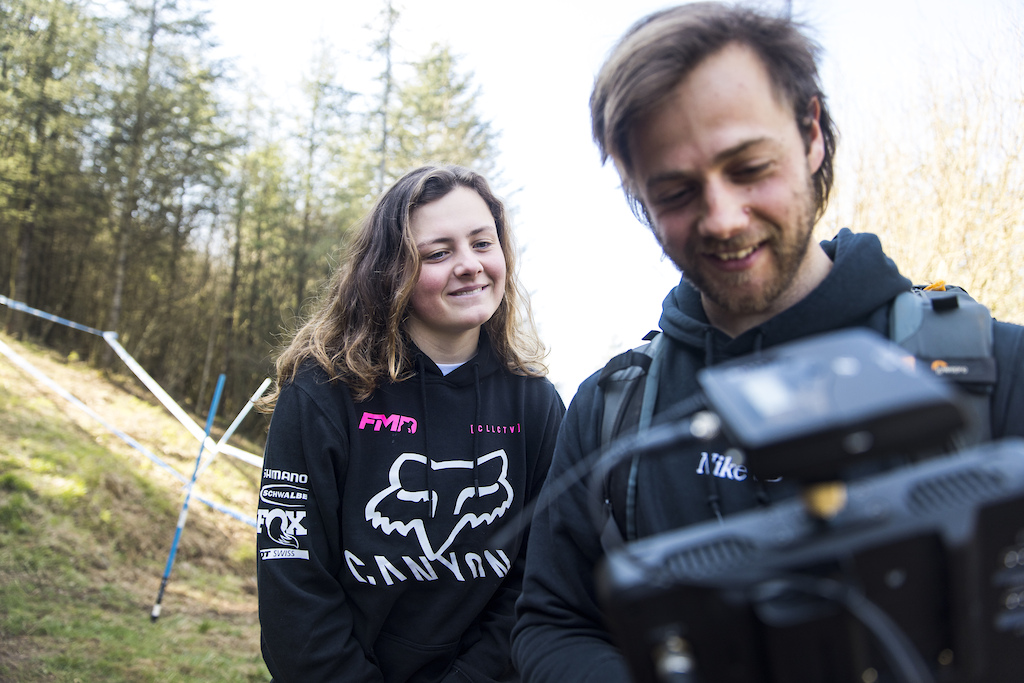 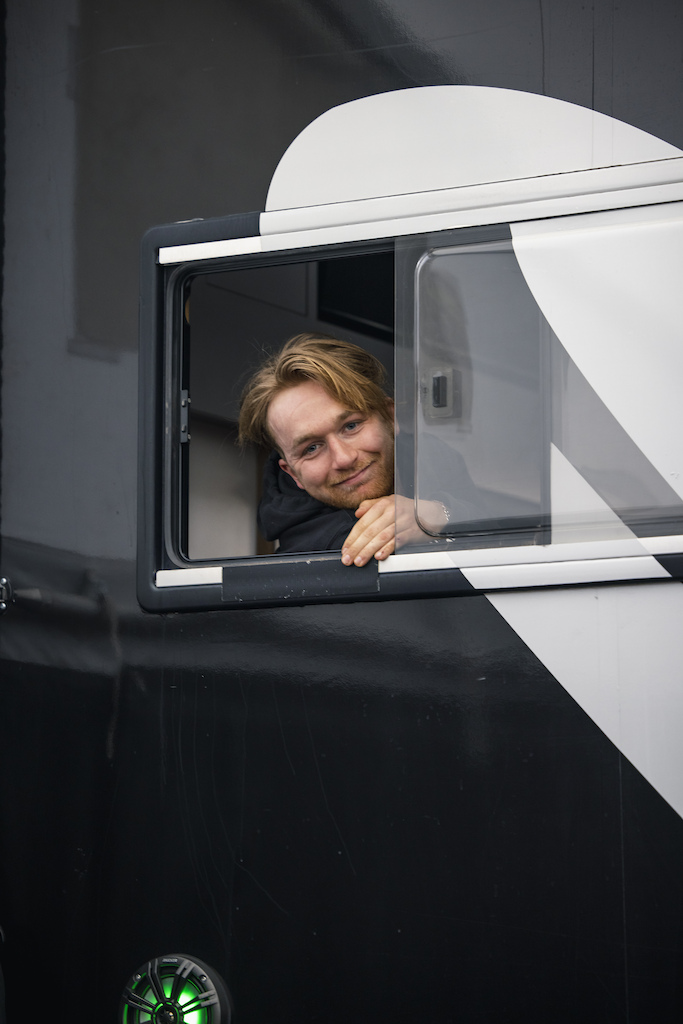 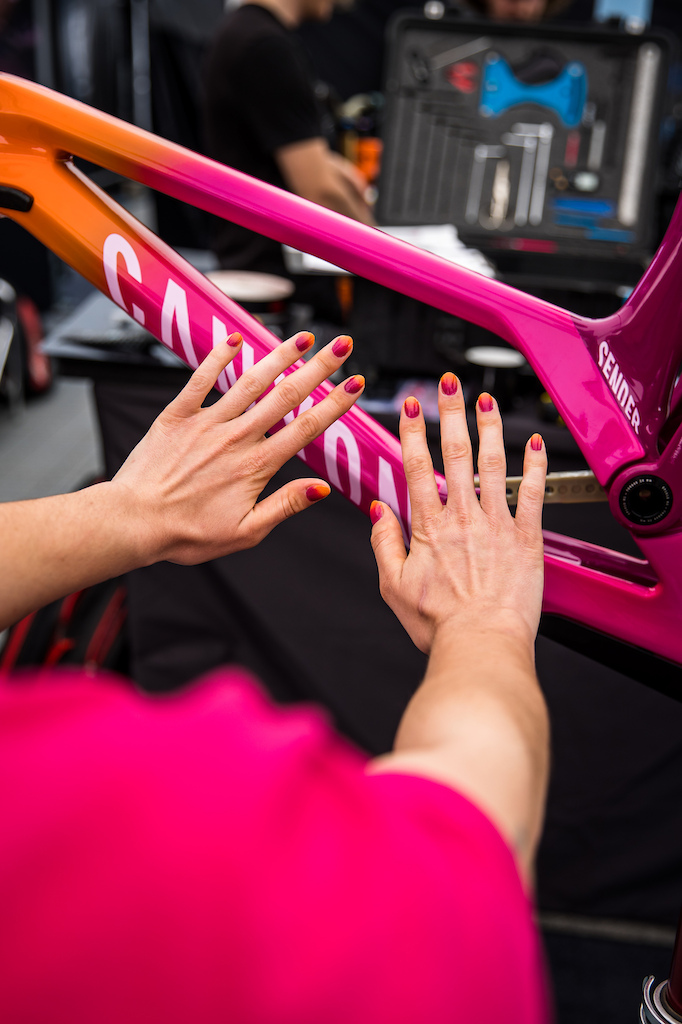 The FMD vibe is always colourful in the pits 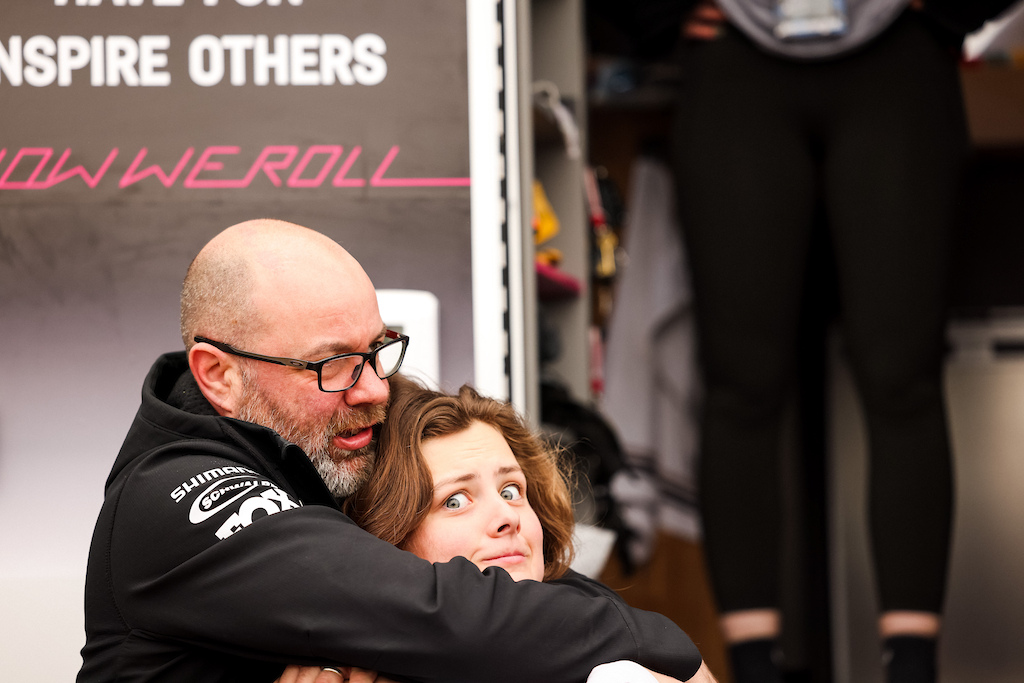 They say a picture paints a thousand words 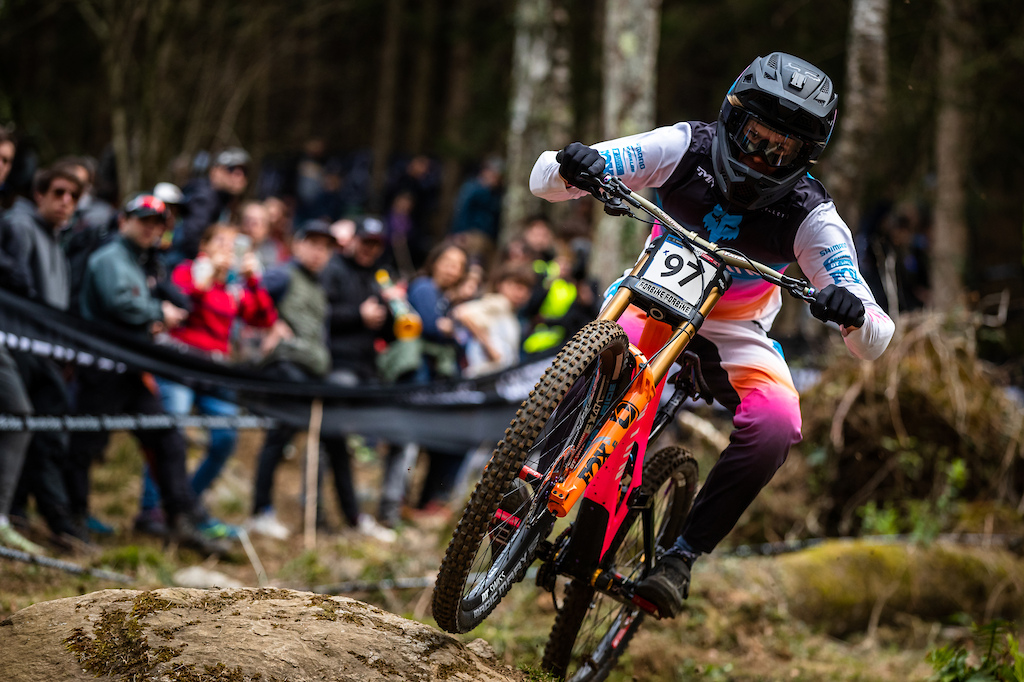 Dennis Luffman charging down for his first elite mens finals 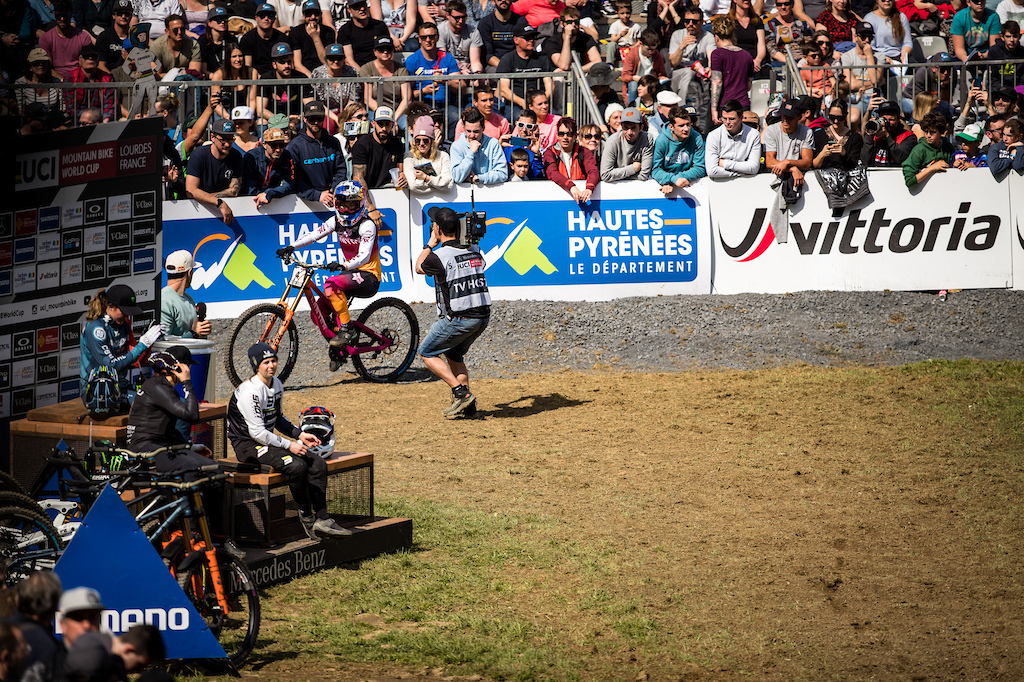 Oldskool1983 (Nov 27, 2022 at 1:14)
out of tens of thousands of people who race downhill around the world, to even get into the top 100 is an amazing extraordinarily hard achievement. i would urge anyone who thinks its all about money ,to go and do a national in their own country and see where you stack up against the non- full time experts let alone the elites . also having met kaos on an uplift i can say that my experience was that he was a very humble, gentle guy with amazing bike skill

njparider (Nov 27, 2022 at 4:15)
I'll never understand the negativity of so many on Pinkbike. How much nastier would you folks be without days out in the woods?

Loved the first episode. The Seagraves have contributed a lot to the sport. And I'm looking forward to the coverage of Phoebe's season. The juniors were on fire this year.

Peter-H (Nov 26, 2022 at 23:51)
Some of the production value is pretty top notch in this - I will say though, this did make me really appreciate how Sleeper Co pulled out some pretty captivating storylines in the Pinkbike Racing series. I'm sure everyone on the Canyon team has their story to tell, but the editing and focus points seem a bit disjointed - lots to cover in episode 1 I'm sure. Either way, looking forward to seeing how things develop

jimmythehat (Nov 27, 2022 at 9:36)
I prefer everyone at each round, don’t like how pinkbike jumps about for each rider, just saying

onetrykid (Nov 26, 2022 at 14:58)
They salvaged the series when they switched to "tahnee gonna win the overall" to "mental health is important". I bet tahnee will carry this show, like she carries the whole team in the races.

averagerug (Nov 27, 2022 at 2:48)
Came here to look at the comments of a pretty nice video/series and end up seeing the team members getting verbally abused, Yikes, typical pinkbike comments.

Xaelber93 (Nov 27, 2022 at 3:25)
I was surprised about the negativity on here, too. People should just ride their bike a little more to uplift their mood.

averagerug (Nov 27, 2022 at 4:02)
@Xaelber93: It's funny because the people they make fun of for consistently coming 50th or 60th at a world cup would trash all of us any day, they aren't coming in 50th or 60th at a local race, it's a world cup, that means they're literally the top 50-60 in the world. Agreed, people need to go out and ride or something, didn't expect the negativity either, but typical pinkbike as usual.

markcorrigan (Nov 27, 2022 at 5:52) (Below Threshold)
@averagerug: clearly referring to my comment, can't remember verbally abusing any of the riders in question personally but okay.

averagerug (Nov 27, 2022 at 6:23)
@markcorrigan: Lmao, insults count as verbal abuse, we know the meaning of your comment don't try to hide that you were trying to insult somebody

commental (Nov 29, 2022 at 2:29)
@averagerug: I disagree with @markcorrigan, but he hasn't directly insulted anyone and in no way can his comments be described as verbal abuse. People like you claiming such things divert attention from real abuse.

klarko (Nov 26, 2022 at 13:44)
Love it. Love the vibe and love that FMD are always bringing through, supporting and giving young talent a chance to show what they can do on the highest platform there is!

flaflow (Nov 28, 2022 at 8:49)
That was fun to watch. Turns out I like this 'review' style. I used to think it was better to watch as the season progressed, but I'm enjoying the memories it pulls up.

plainsrider (Nov 28, 2022 at 2:47)
A great video, got a bit of an old school Syndicate vibe about it. Just hope we see Tahnee back racing at the top soon.

markcorrigan (Nov 26, 2022 at 9:52)
So excited to watch a full series of FMD rocking up to the pits each week with the flashiest tour bus, custom bikes and their own film crew, just for the men's elites to come 50th and 70th and Tahnee to miss the most of the season with injuries anyway.

i-like-toytles (Nov 26, 2022 at 10:38)
I bet the revenue from this series will make them far more money than any payouts from the UCI’s prize money. Basically if any of these teams want racing World Cups to be profitable they need to be making a film series.

Braidfinger (Nov 26, 2022 at 13:31)
Your observation / prediction made me giggle when I read it. I get the need for self-promotion when there is a racing team to fund, but when the hype outweighs results you can't blame punters from switching off or switching over. I had high hopes for Tahnee and still do, but that women's field is now stacked with talent - does she have the mental game??

onetrykid (Nov 26, 2022 at 15:22) (Below Threshold)
@Braidfinger: if queen rachybox can place high on a random race after being a full time mommy for mor than a year, is it really stacked? And an ex hockey player takes the overall after picking up mountain biking 3 years ago?

MrNally (Nov 27, 2022 at 9:04)
Looks like you know about the team, the riders, the bikes and Tahnée's concussion. I'd bet you'll watch every episode too (even if it's just to have things to complain about)

So, looks to me like it was money well spent already by the brands who funded this, you know about FMD and took the time to come here and comment. Congrats

catweasel (Nov 27, 2022 at 16:22)
Say what you want about Chaos's race results he's a weapon on a bike. Wouldn't be at all surprised if his stylish edits and insta clips sell more canyons than Brosnans podiums.