Q&A with the newest addition to the UK Canyon CLLCTV

Dec 4, 2020 at 1:08
by Canyon-UK
Share
Tweet
Earlier this year saw the launch of the Canyon CLLCTV which included riders of the calibre of the Seagraves and Fabio Wibmer. It didn’t take us long to find some UK riders that share the same obsession for MTB and after starting out with three, we are stoked to add a new rider to the UK CLLCTV line-up.

400 [Failed to load instagram embed] https://www.instagram.com/p/CH7r8MDnSS_/?maxwidth=1000
Our latest addition represented Team GB at the 2020 Leogang World Championships after competing in her first elite World Cup season in 2019. Alongside this, she is also the 2017 British Junior National Downhill champion. We thought we would catch up with her and let you get to know her properly! 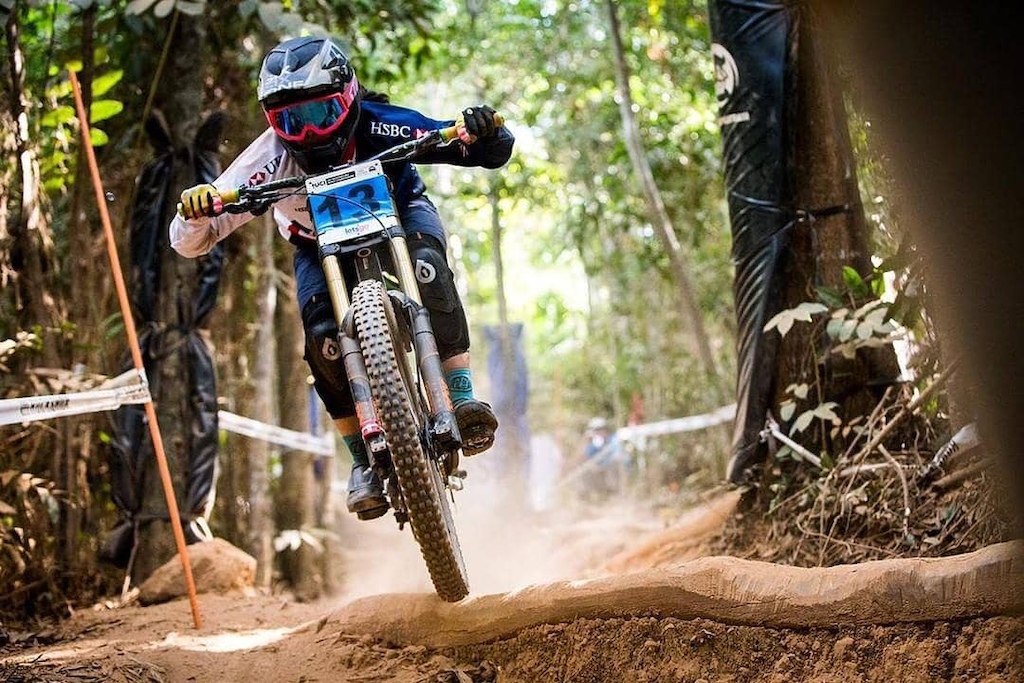 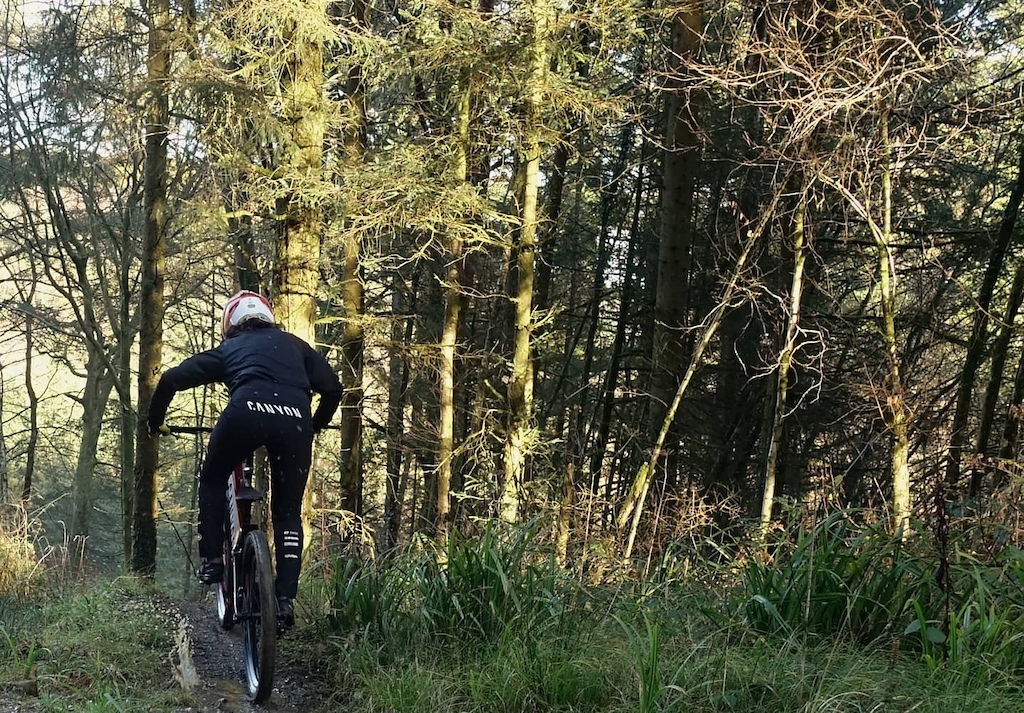 As a kid I was always into sport. I did tennis, basketball and swimming and I learned to ski and snowboard during the winter holidays. When I was ten my parents tried to get me into trail riding, we would ride at Haldon forest and occasionally in the Quantocks. To be honest, I didn’t really enjoy it. The downhills were scary and the uphills were really hard for me. Then my mum decided we should try riding in the Alps over the summer. So; we packed up the van and went to Europe, first stop was Andorra. For those who have been there, Val Nord Bike Park is super steep. I got to the green and thought, “I have done a few reds in the UK, this will be fine”, I was wrong! It felt so steep and there were tears… (A lot of tears). The next day was better, I trusted my bike more and so began to have fun. After a week at Val Nord we drove to Leogang in Austria. I had an amazing time and started to hit some of the drops. Then I was hooked. The following summer we went to the Alps again and loved it. That’s when I told my parents, “this is my sport, and this is what I want to do”.

Do you have a story from your craziest moment mountain biking?

The craziest time I have had was when I was racing at Val Di Sole as a Junior. My parents couldn’t come because of work, so I went with my friend Tyde (she was racing 4X world Champs) and her dad. There was a mix up at the airport and we missed our flight. I freaked out! I called my mum because she is amazing at admin. We were quickly booked onto a new flight and off we went to Italy, but I had missed the track walk. We got to Val Di Sole at around 0100, and then I was up at 0600 unpacking my bike and putting it together. A quick breakfast and then I rode my bike to the to sign on, where I wasted an hour of practice and then proceeded to lose my body armour as it fell out of my backpack as I was going to track, I had to rush back to the apartment, get my spare with two hours left. I hadn’t seen the track, slept very little and was in a complete spin. I got to the top of the track and thought “f**K it, just send it!” So, I went down one of the hardest tracks in the world blind, got to the bottom in one piece and without crashing, and to this very day, it is my proudest moment in biking.

When you're not racing downhill, what's your favourite discipline?

I’m happy doing any kind of biking. I used to ride a bit of XC with a few friends. I have raced enduro with my family, we used to stop to have a picnic on the way ????!. Bike park laps with mates is awesome and I have done a lot of fat biking in the snow too. Now that I am a bit older, I’ve realised that it is not the discipline; it is the people you are riding with. Mountain bikers have the best community and the essence of the sport is having fun. No matter where you are in the world, mountain bikers are all the same!

What would your dream place to ride be?

For many years I would have definitely said Whistler. It looks so cool and it is the ‘Mecca’ for mountain biking. But now that I have grown up a bit and travelled more, I would like to something more exotic. Maybe somewhere in the deserts of central Asia, or the mountains of south America? As long as I am with some fun people, there is some gnarly riding, lots of laughing and maybe a few beers, I will be living the dream.

What's been your favourite race?

I genuinely love all the tracks on race circuit. Fort William’s crowd is hard to beat. Andorra is terrifying, definitely the best track. Leogang has a close place in my heart. EWS Finale Ligure was epic. Mega -Avalanche is ridiculously fun. But my favourite race has to be the British Downhill at Llangollen in Wales. I was 16 years old and it is the only time I remember having a perfect run. There was nothing I could have done better. I focused on flow and fun and I freakin’ nailed it.

What's it like racing the World Cup series as a privateer?

To be brutally honest, it is very hard! Downhill requires so much focus, one little slip in concentration and you lose, or even worse, end up in an Ambulance. Back when my parents were my pit crew, life was a lot easier. My dad would do all the driving, so I could rest on the way. My mum would prepare my kit, so I knew everything was ready to go. They would also make sure I have eaten enough and hydrated. All I had to do was get up and ride. Now, that is all on me!
The other hard part of being a privateer is bike setup/preservation. Little things in mountain biking can you make you a lot faster. If you have your suspension properly tuned for the track its worth seconds, races are often won by tenths of a second. Also, it must be amazing to have your bike serviced at every race, rather than hoping your wheels will make it to the end of a race weekend! Essentially, pros are trying to win, we privateers are trying to keep our bikes in one-piece until the end of the season. 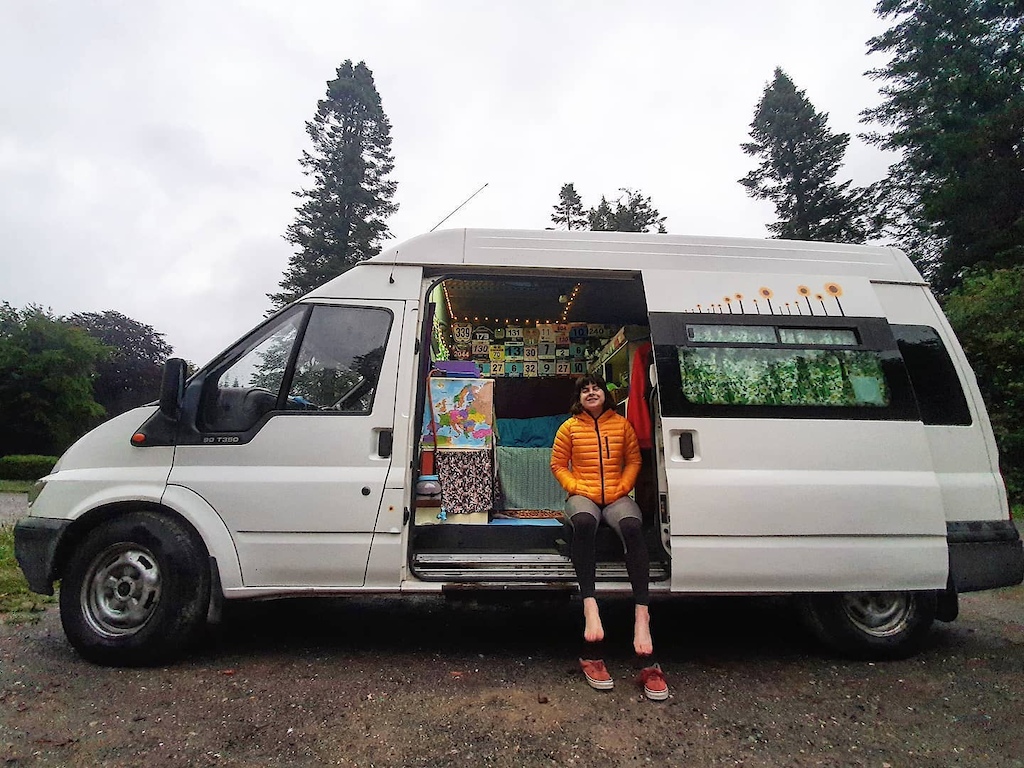 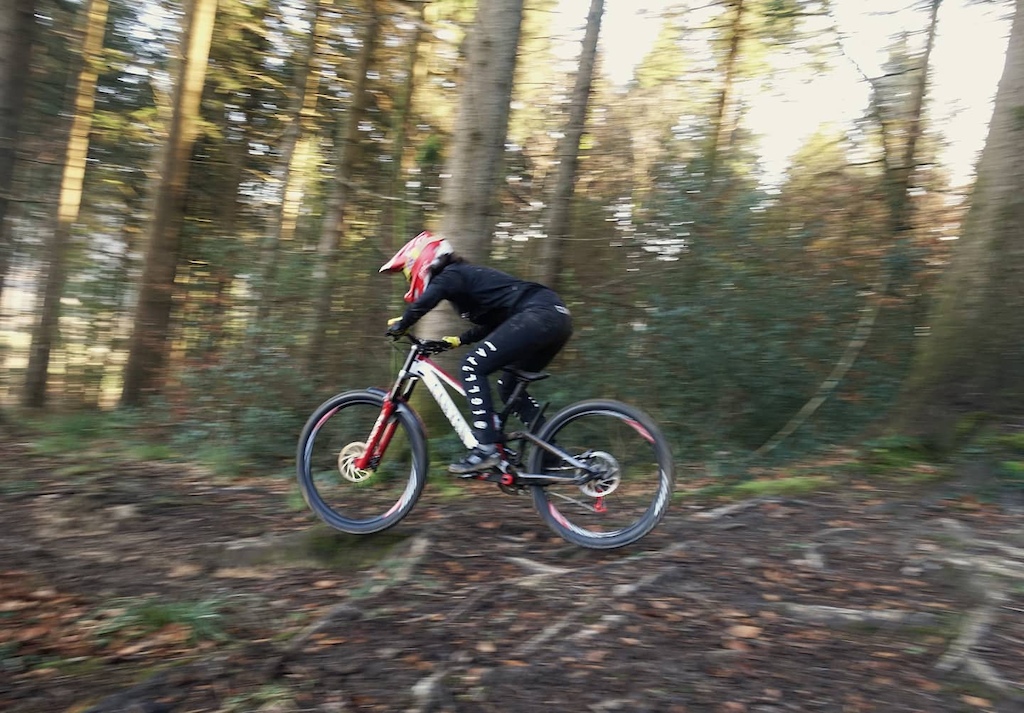 We’re so excited to have Maya join the CLLCTV and can’t wait to watch her send it in 2021. - https://canyon.live/Sender-CFR 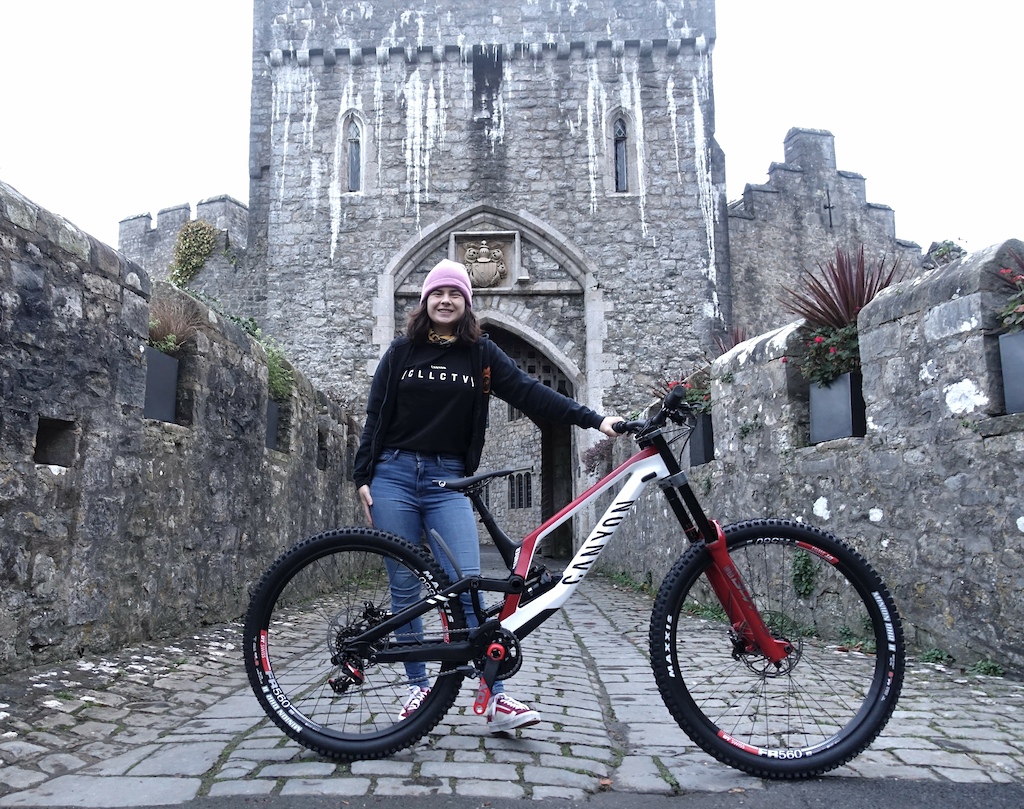