I’ve had this idea of a relatively slow paced, self-filmed video including still frames for a while. Producing a video in Canada has been on my list as well, but I always had to cut down on camera luggage due to usually bringing two bikes over the pond with me.

We’d been filming a project with Erik and Emil prior to this, so I had all my camera gear with me and it felt like the ideal timing to make it happen. I decided it would be a good challenge to produce a video all on my own from the filming, to the actual riding and all the post-production steps. Filming and riding simultaneously definitely made me misjudge framings and I had to set up certain angles a couple of times. It ended up being quite exhausting, always having to run up to the other side of the hill to hit start/stop. 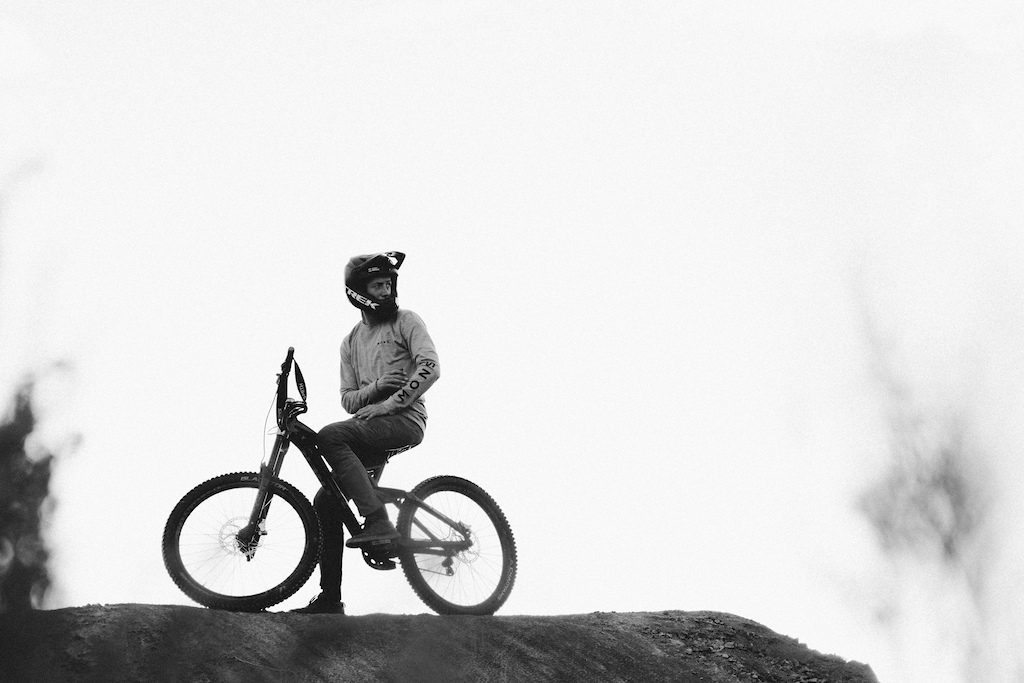 Catching a breath in-between filming scenes.
Here’s to a few photos from in-between - photos of myself shot by the roadtrip/riding buddy, Leon Thiele. 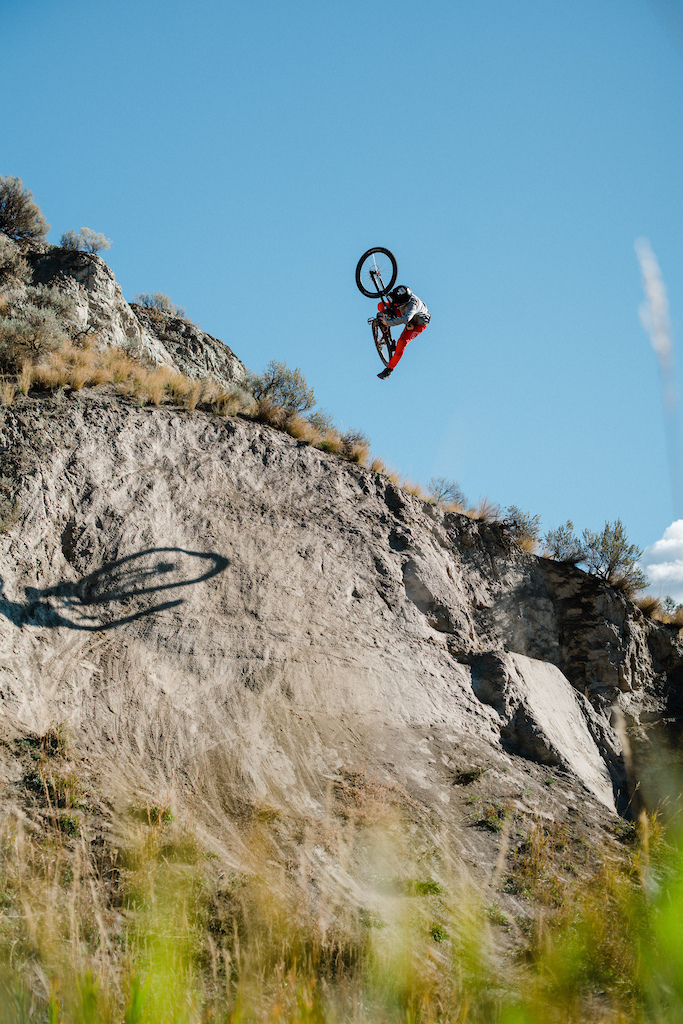 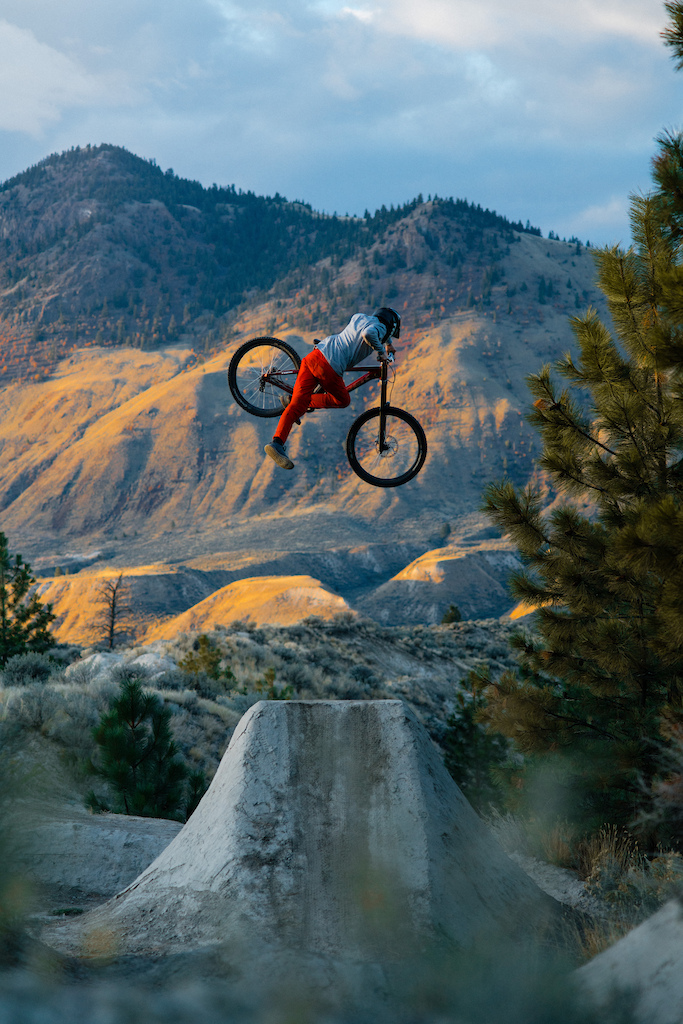 My favourite two features at the Bike Ranch. 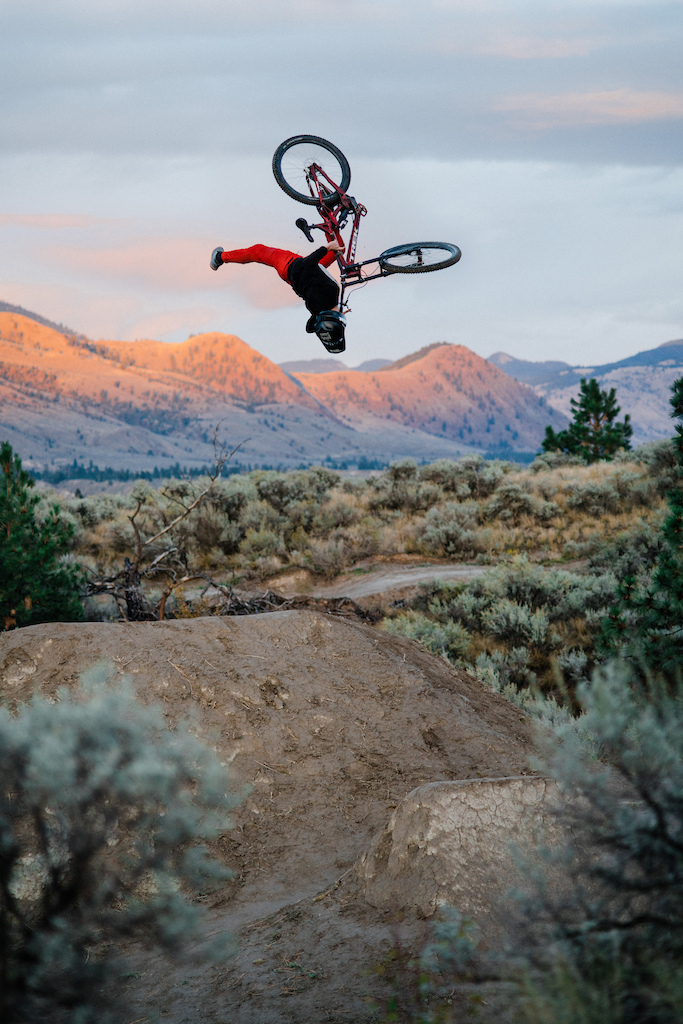 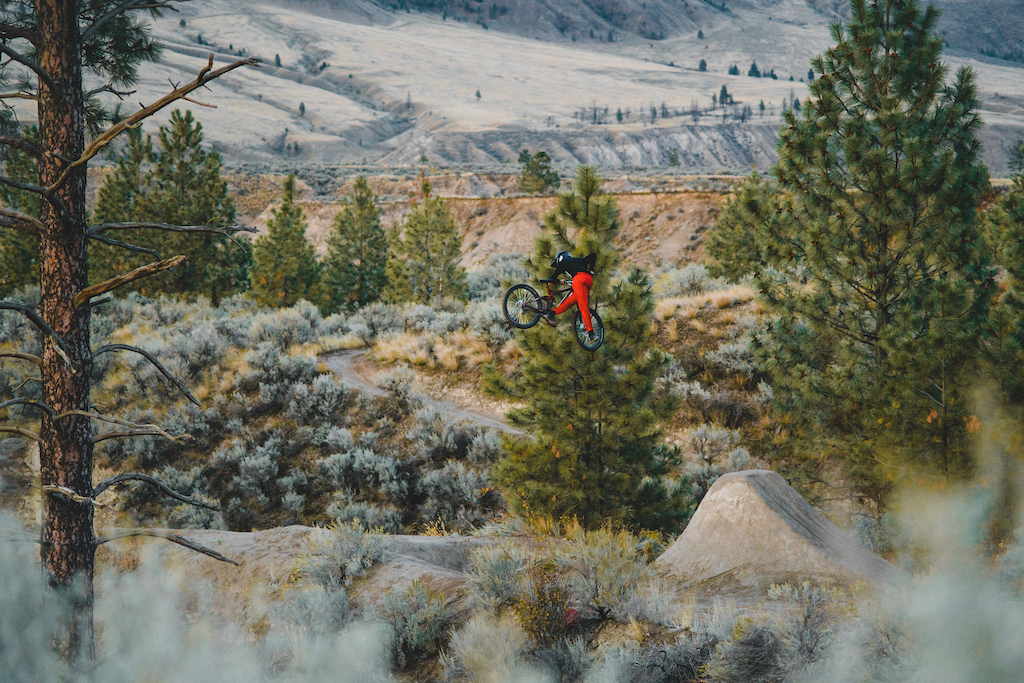 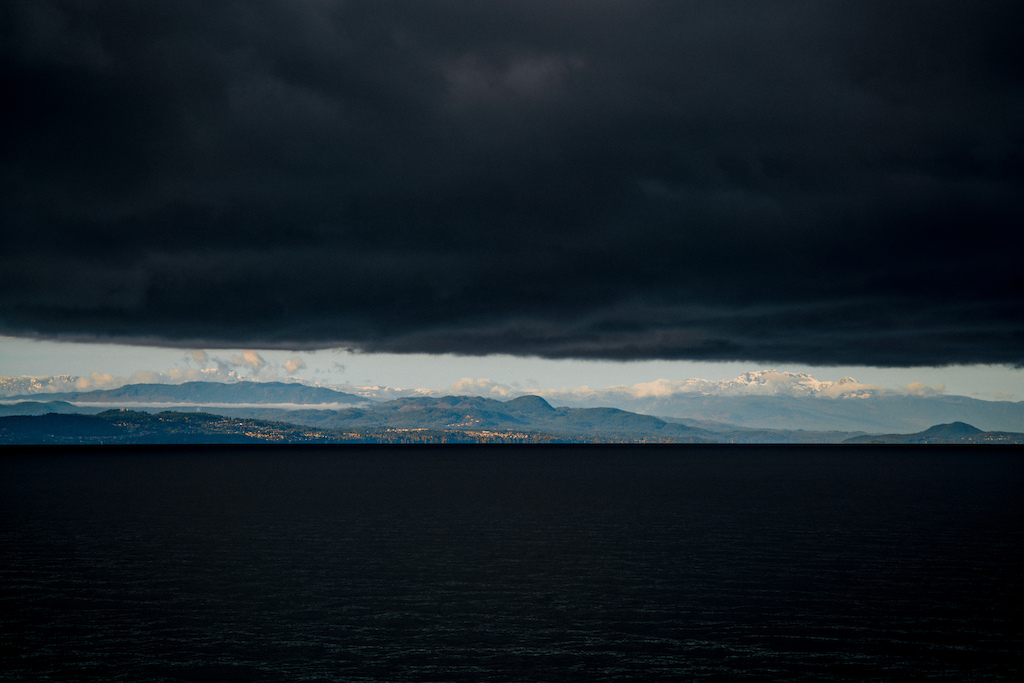 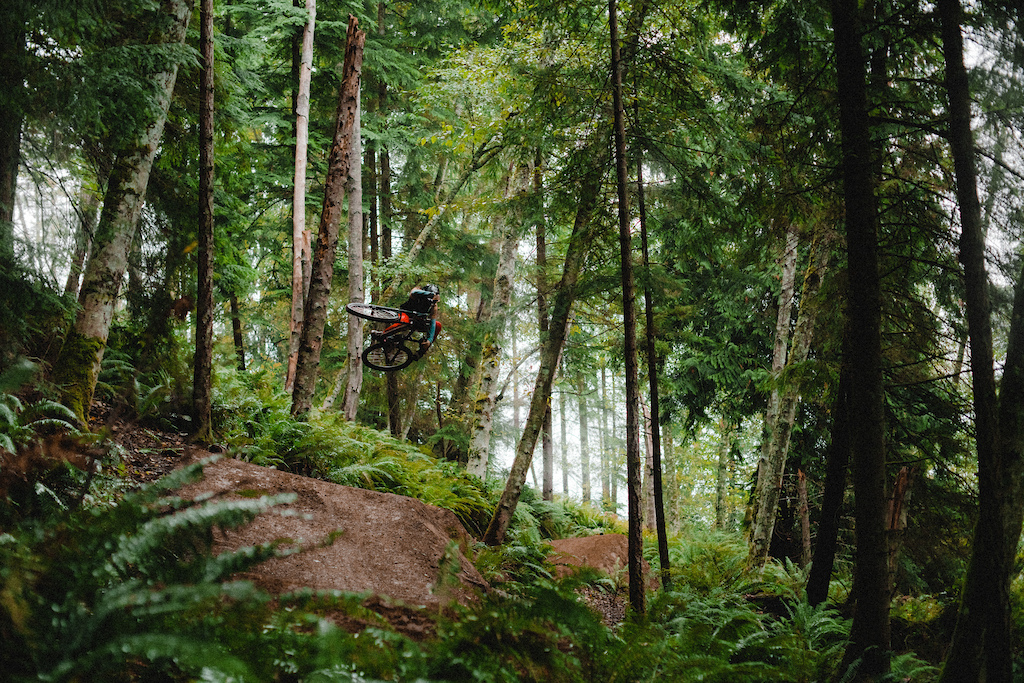 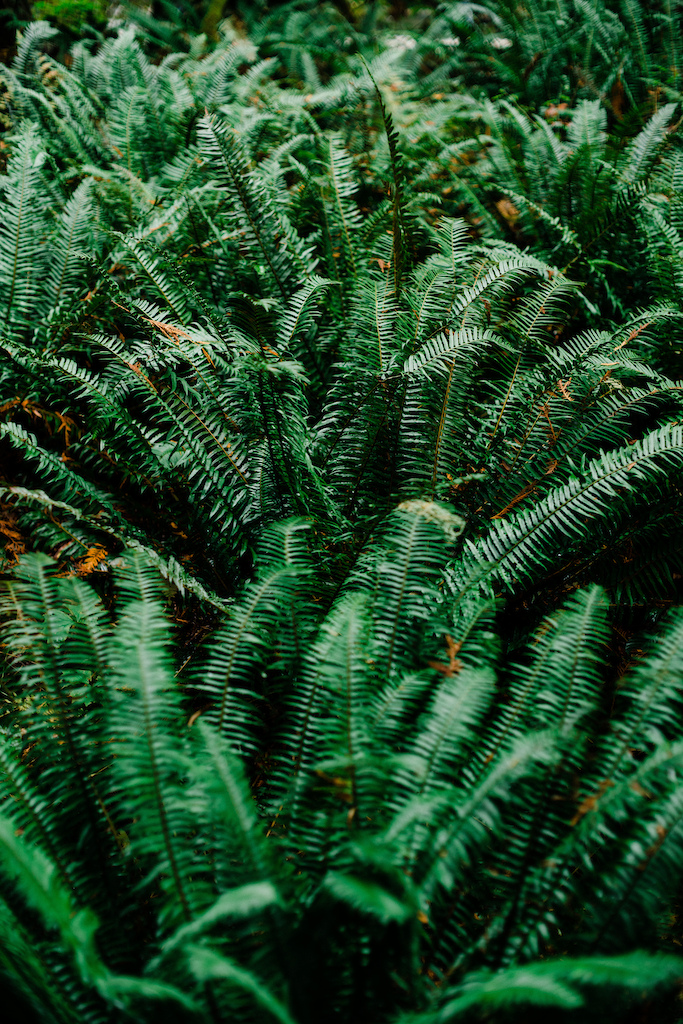 From a filmer's perspective, ferns are what I love most about Canada. 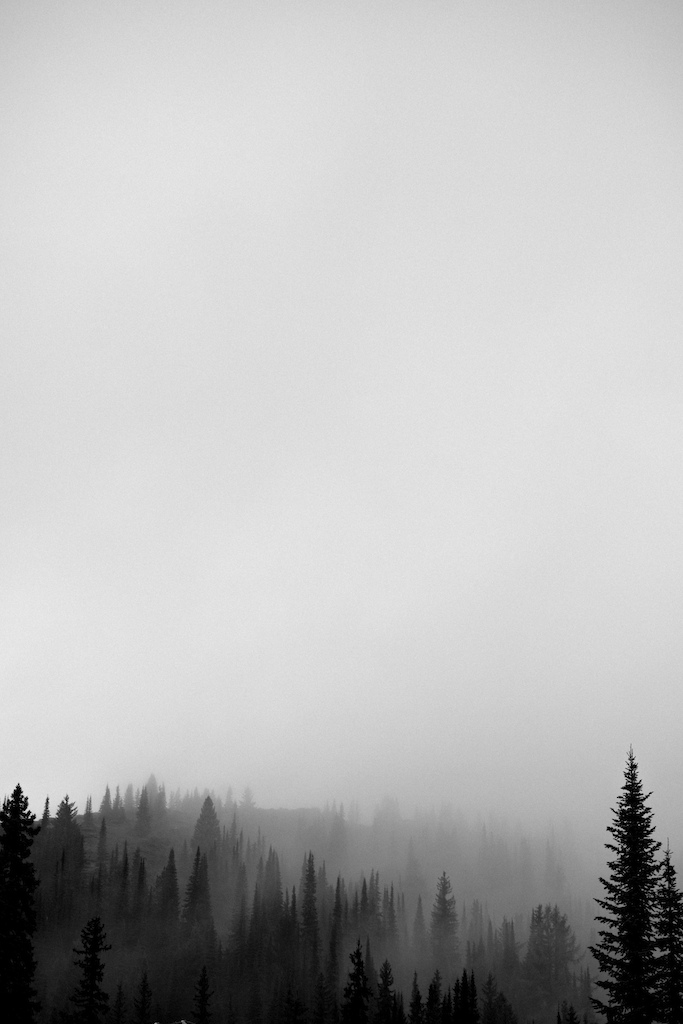 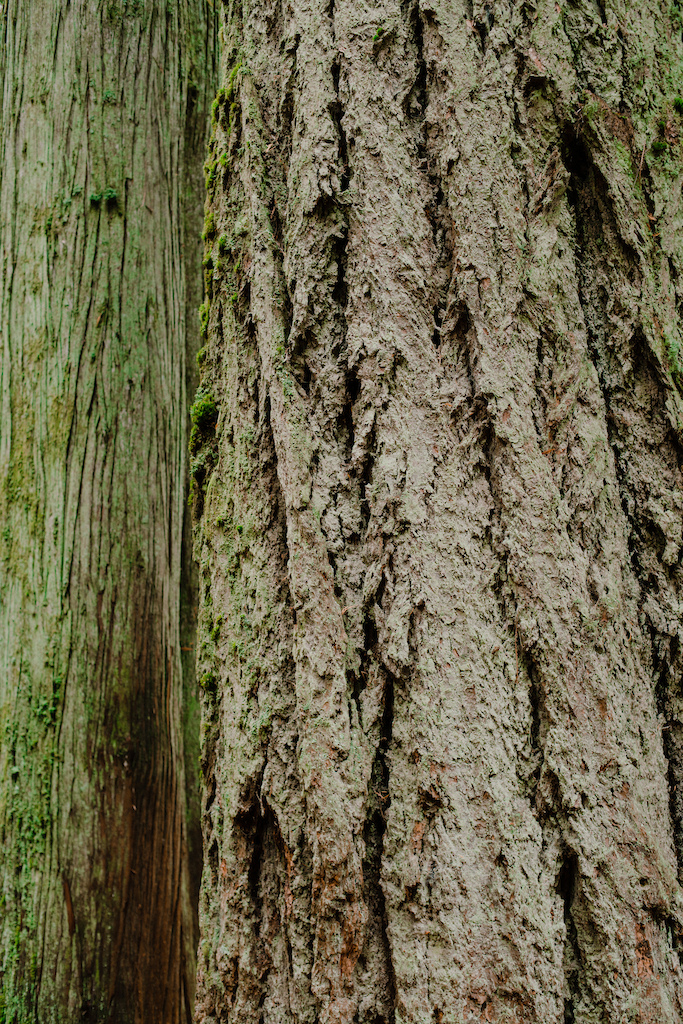 Germanmike (Nov 23, 2022 at 2:56)
almost like the opposite to Semenuks/Revel shortcut, super shacky edits

sorrymissjackson (Nov 22, 2022 at 14:04)
Amazing job Peter! The riding is great, but it is the edit that makes this video truly stand out!

scottbellvisuals (Nov 23, 2022 at 9:38)
That is one of the most beautiful bike films I've ever watched. The images and the concept, so good!

mattmatthew (Nov 25, 2022 at 13:39)
I'm kind of really over slow motion in mtb videography, which is generally overused and tends to downplay the exposure, speed, and skill required to perform such riding. But this... this is pure visual poetry. Any video Chromag puts their name on never disappoints.

dh-bomber (Nov 22, 2022 at 16:04)
Freeride in its purest form. Tranquility with oneself and living purely for the moment while the rest of the world pauses. Well done edit and riding.

intuitioncinema (Nov 22, 2022 at 15:34)
Don't go to college for art. Spend the money on the equipment needed to do the art thing, and spend that time just doing the art thing.

Benjamin97 (Nov 30, 2022 at 10:14)
@Sycip69er: I could see the creativity factor being pretty marginal among civies (Im a mech). Everytime someobody tries to build something cool and different in civil engineering it just ends up in cost overruns and public derision.

Sycip69er (Nov 30, 2022 at 11:09)
@Benjamin97: Pretty much. We get to design river training structures that are recreational usage including for surfers so we are finding new avenues for creativity. Otherwise yes it takes a huge effort to get outside the box.

GBoyd (Nov 23, 2022 at 7:46)
Refreshing edit that was uniquely different which is a feat in of itself considering the shear amount of edits being produced. Love content like this, thanks!

rosemarywheel (Nov 24, 2022 at 21:27)
Gorgeous! That was beautiful and very relaxing to watch. My non-biking friends might even enjoy me making them watch another bike video if it's this one

Doesn't Chromag got an FS bike in the works?

Takisanandreas (Nov 22, 2022 at 12:44)
Excellend! It makes you travel with your imagination and relax you with the photograghy and ambient music. Thumbs Up!