Jun 7, 2009 at 5:33
by Tyler Parrott
Share
Tweet
11 Comments
I have recently started building and maintaining some jumps localy. I want some good, progressive local dirt jumps for myself and other jumpers in the area. I up date this blog after every time i build. My plan is to build all winter and ride all summer.

Please comment!When I First Found The Jumps
I cleaned the lip and down ramp of the 1st jump. 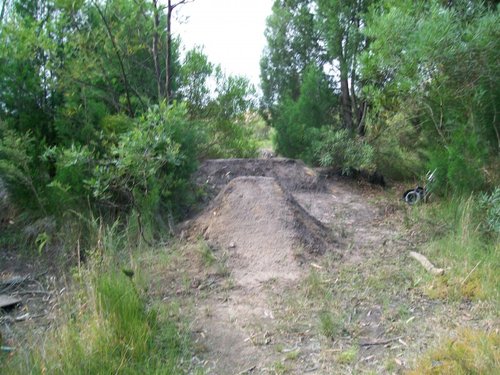 I hit it a few days later and the lip isn't that poppy so i will have to change that. 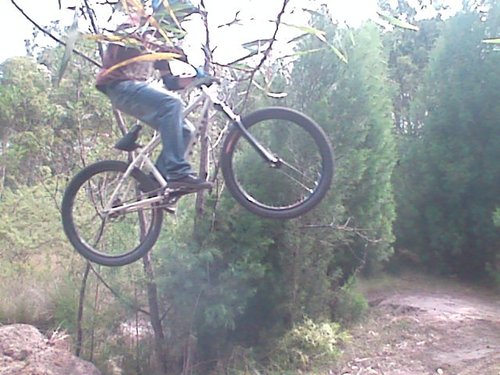 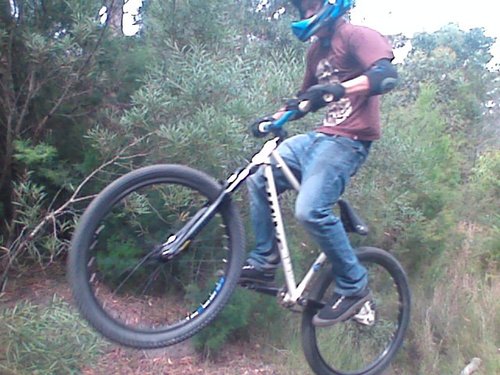 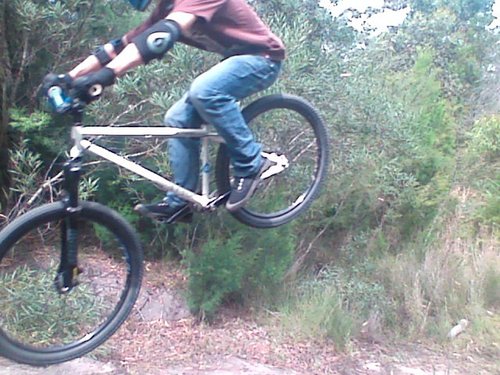 Sunday 7th June 2009
I have re-shaped the lip of the first jump and started to build up the first down ramp. I will be building some berms, more jumps and some pump rolls. I hope to log some building/riding time tomorrow.

I will have more recent pictures soon.

Wednesday 10th June 2009
i had to fix the first down ramp again! some people dont understand... MORE SPEED, NO CASE! far out! anyway i have made one of the tiny doubles into a pump roll/ berm. the pump roll needs more work coz it needs to be bigger and so does the berm. Here are some pictures from today: 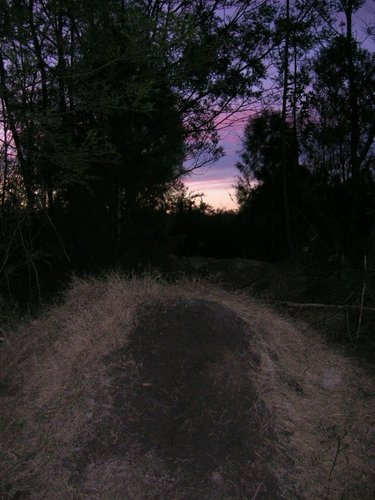 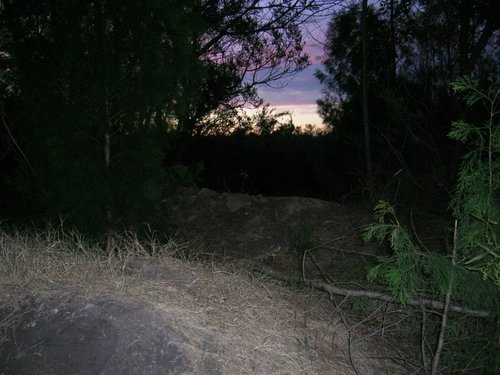 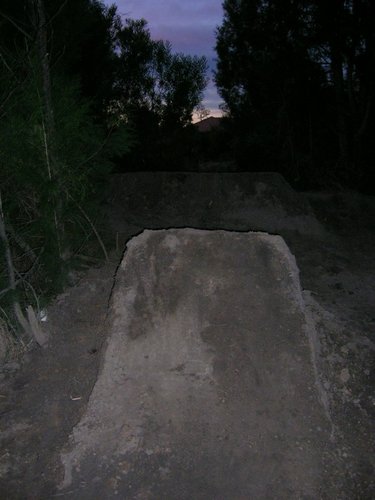 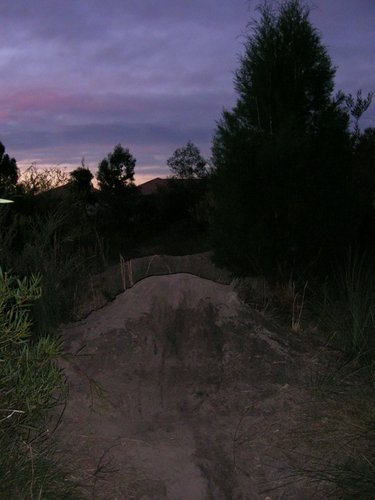 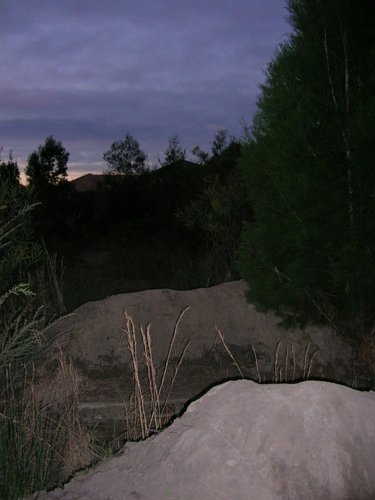 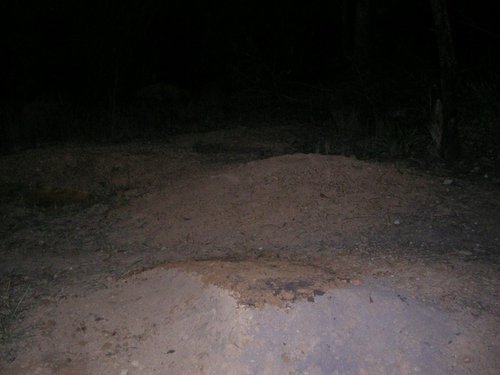 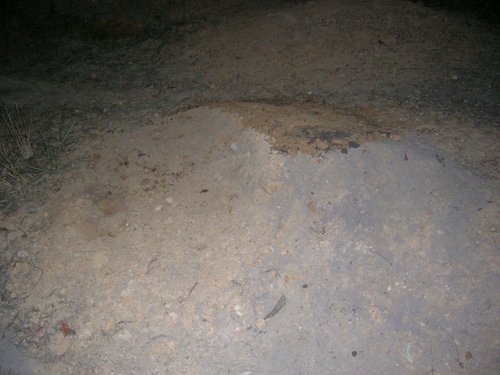 Sunday 21st June 2009
It has been raining on and off for the last four days so the groun was saturated and the conditions were perfect for building. except for this duche bag kid who came down and kept on doing the run in for the 1st and skidding and sliding out. now i have to fix the ditches and grooves that he has made

. any way i have changed the pumproll that i was building into an up ramp for a jump. i still need to make the down ramp and clear the run out. But i do have pictures of it 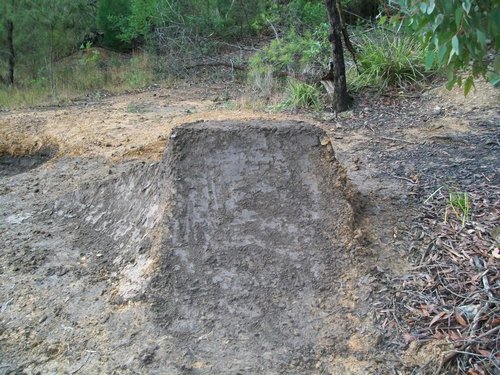 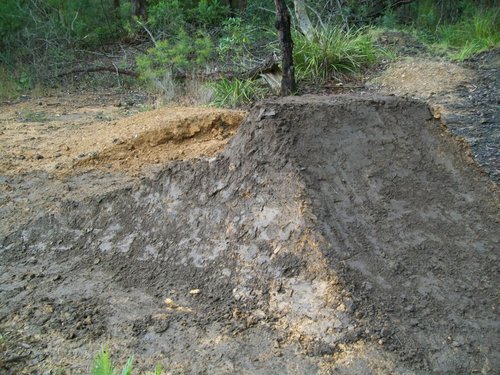 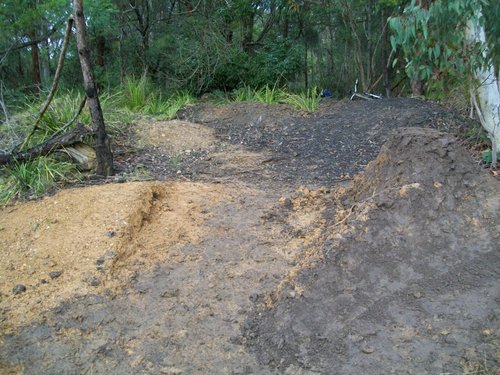 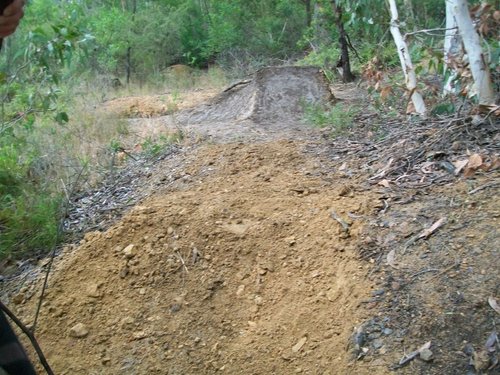 DJ-in-JB (Jun 14, 2009 at 23:29)
yea im fair lucky but i cant get any decent building done coz i have cadets on saturdays and i rly only build after school and then i only have an hour of day light left to build. but these guys i know that ride them, they cant seem to get it through their head that if you go faster you dont case! every time i go down there the first jumps down ramp is like a foot smaller and i build it up EVERY SINGLE TIME!!! its starting to give me the shits.