Jul 30, 2008 at 20:52
by Danice Uyesugi
Tweet
Mont Sainte Anne-The weather picked up where Nationals left off-

For those of you who read Simon's article on the National Championships, you may know what this means. For those of you who didn't, I'm referring to the copious amounts of rain and mud that arrived just in time for race day. Coming back to Quebec for the third time this season this is what I was greeted with, and if it wasn't for the warm temperatures and humidity I would almost have thought I was back in a Vancouver winter. But it takes a lot to keep mountain bikers off their bikes, and torrential rains and thick, deep mud are nothing more than a good reason to put on pants instead of shorts for a day of riding.I arrived in Quebec City on Tuesday night with fellow west-coaster Miranda Miller. We loaded up our rental minivan and made our way to Mont Sainte Anne, the same site we'd both left only a week prior when competing in the National Championships. The rains we'd had to deal with on race day at Nationals had left the course in a sorry state - huge ruts, braking bumps, and holes everywhere. I was wondering how the course would look after that, and was pleasantly surprised on Wednesday during the course walk. They had obviously put a lot of hours into fixing up the course - the berms were once again smooth and built up, many of the rocks were taken out of the fast section under the lift, and there were a few completely new sections. 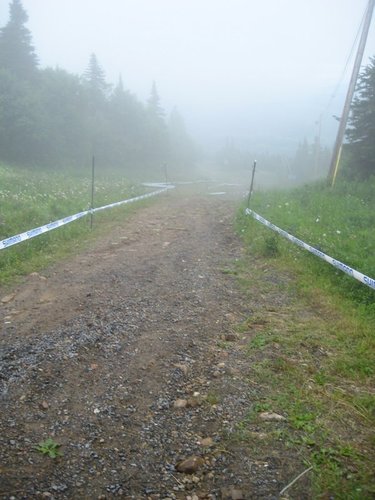 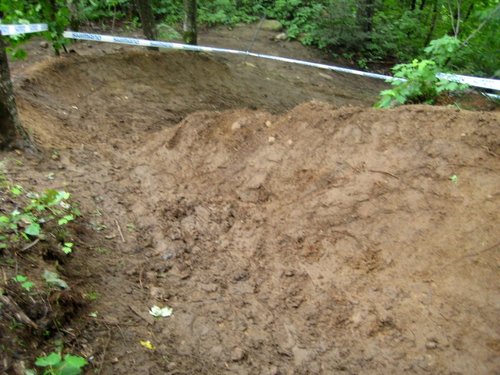 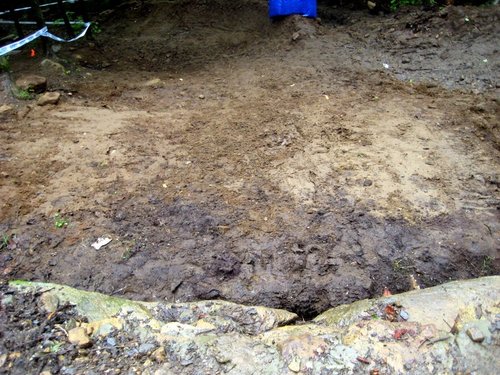 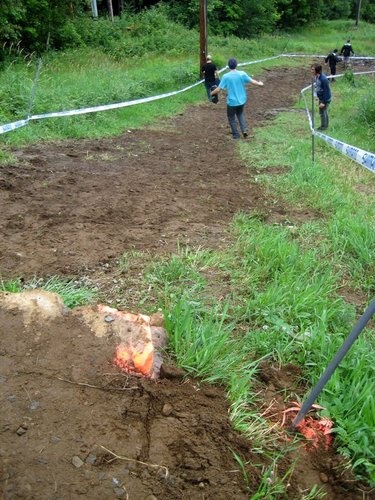 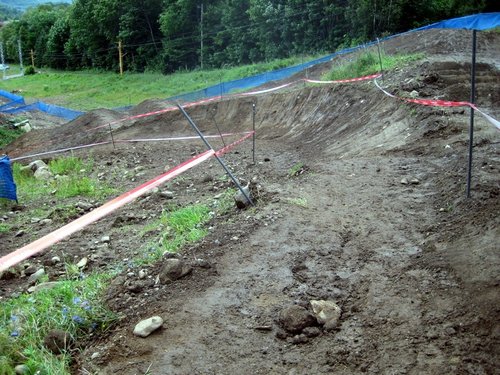 First was the top section - fast, wide open sweeping corners cut through a grassy field. Very fast, very fun! Then into the trees, where the National course had started. In this section was a new rock drop into some fresh dirt, which would probably have been a fast run out if it weren't for the rain. Fresh dirt + pouring rain = deep mud... not so fast. To top it off, it went straight into a little uphill section before moving on to a little rock garden. It looked like it would have been a lot of fun if it weren't for all the mud. Most people were getting off their bikes at this part and pushing up the hill. When you're racing, this is a major flow killer. Thankfully by day 2 of practice (Friday) this section was taken out and replaced by a straight uphill-less line. The rest of the course was more or less the same as at Nationals, with only a few minor changes here and there. 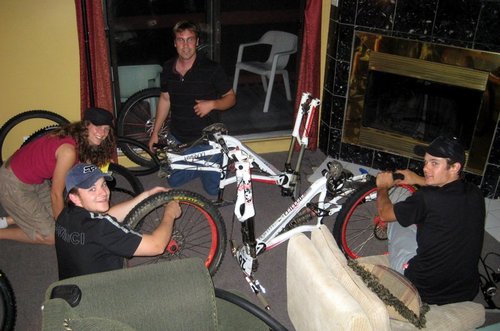 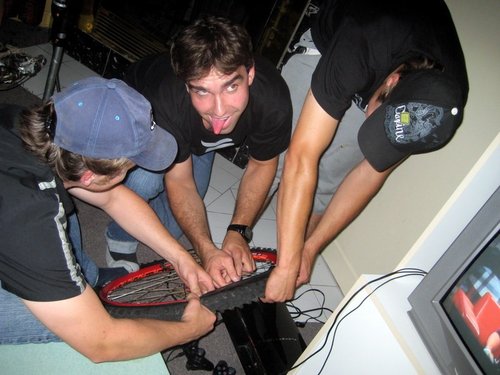 As we discovered at Nationals, so much depends on the weather. The course was wet and muddy from the previous days rains, and all the hard work the crew had put in on the course, while much needed, didn't stay looking pretty for very long. All the fresh dirt quickly turned into foot deep, thick slimy mud. Mud tires became a necessity, so after practice on Thursday fellow Devinci rider Amber and I went on a mission to find some. Lucky for us the ever helpful Devinci crew managed to track down the last few mud tires in Quebec city, so we drove into the city that night and did a little late night tire changing. That made a big difference on Friday, because even though the rains had stopped the mud was taking it's sweet time drying up. The 4 cross course was also in pretty rough shape from the rain, and practice was actually canceled on Friday. 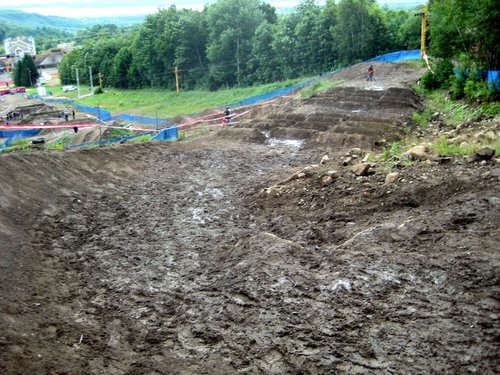 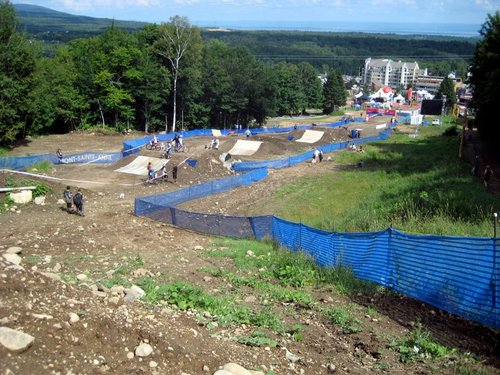 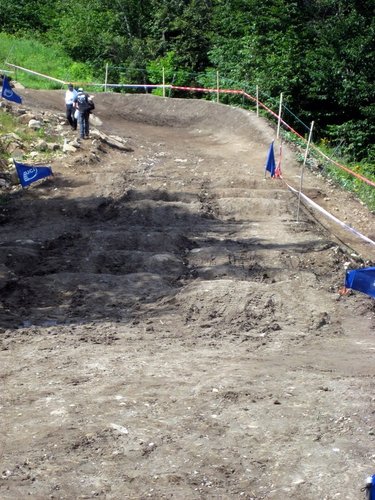 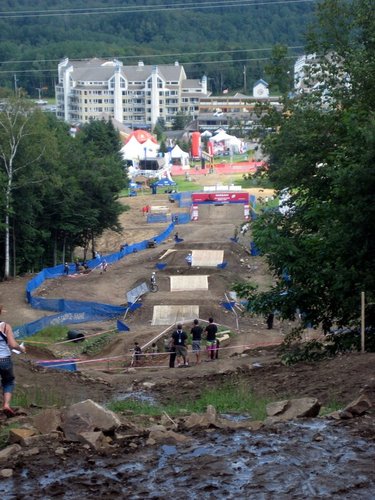 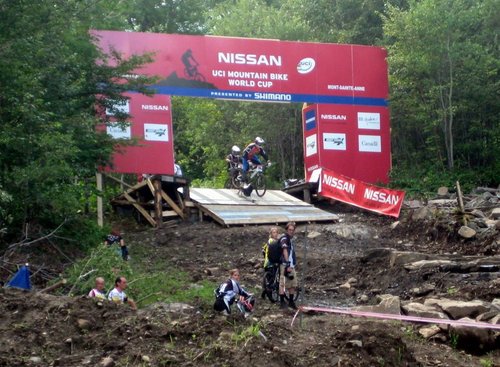 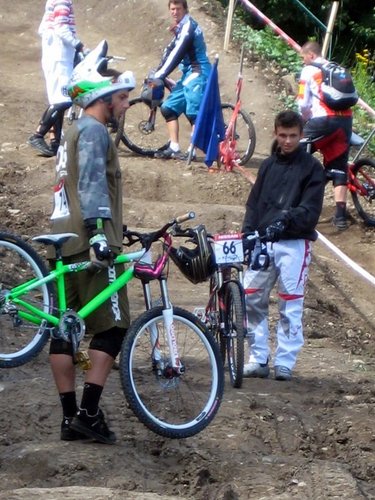 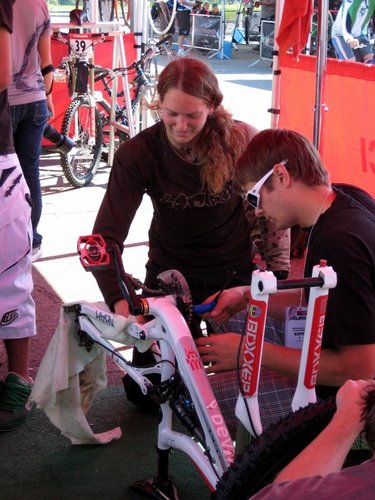 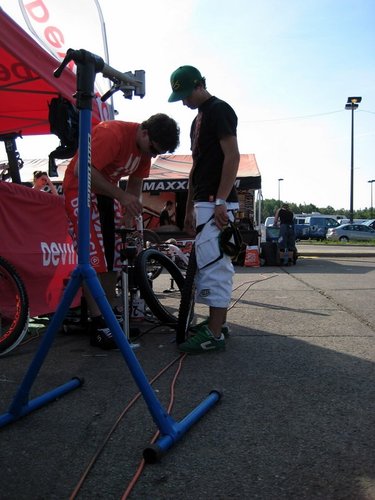 By race day on Saturday most of the course was drying up nicely, with the exception of a couple of the more serious mud pits. It was back to regular tires - thank you Devinci guys for helping me change my tires yet again!! I was feeling pretty good - this was my first World Cup race, and I was just excited to be there! Only the top 20 women and top 80 men continue on to Finals in World Cup races, and with approximately 40 women and 180 men entered, everyone had to work hard if they wanted to make the cut.

Qualifying went well - I was one of the 5 Canadian women to make it to the finals, and in the men's division there were also 5 Canadian men that qualified. At the end of the day, Claire Buchar was the top Canadian woman, finishing 6th overall, and Justin Brown was the top Canadian man, finishing 55th. Overall winners were Greg Minaar for the men and Rachel Atherton for the women. I managed to finish 12th, and am pretty happy with that! I even got the full World Cup experience, as I got randomly selected to go visit the Antidoping tent after the race. Not something I would wish on anyone. Seriously, who can pee in a cup after racing and while someone is watching you? It's not easy! 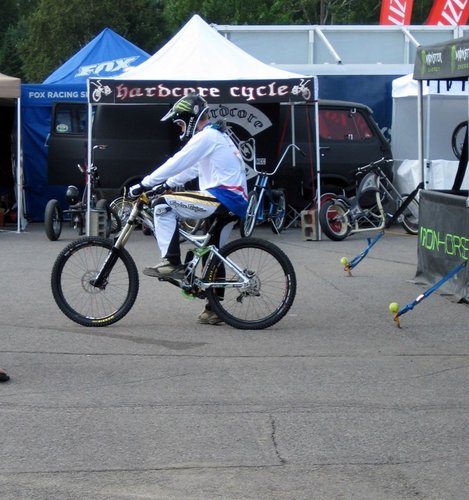 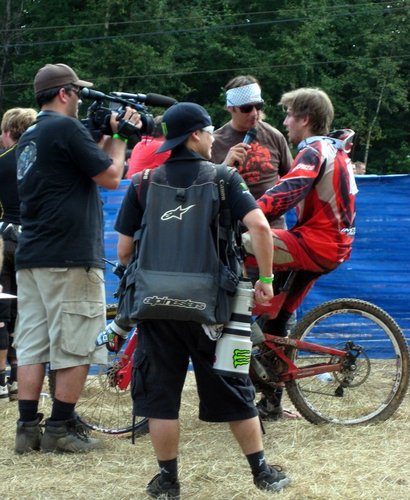 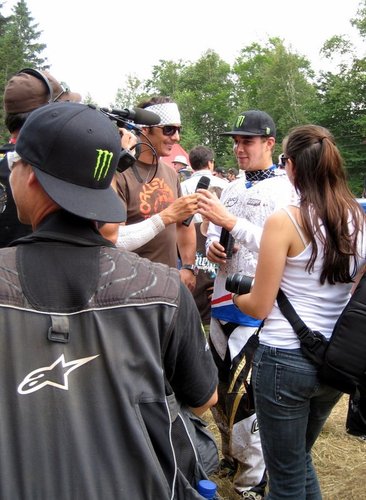 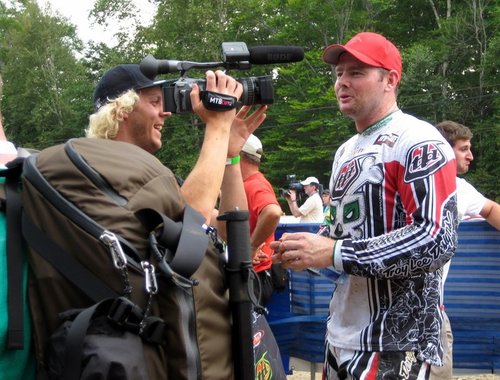 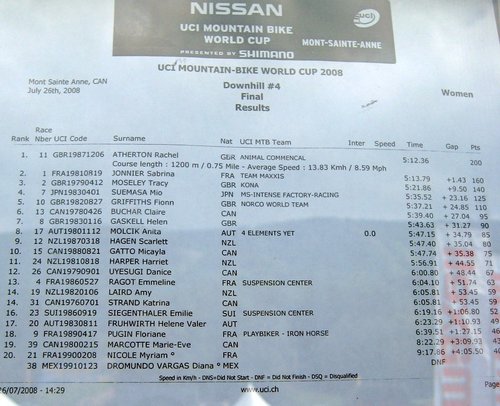 To complete my first World Cup adventure, Alex Pro treated Miranda, Mike and I to our own private fireworks show. While not quite the Symphony of Fire, it was still pretty cool! 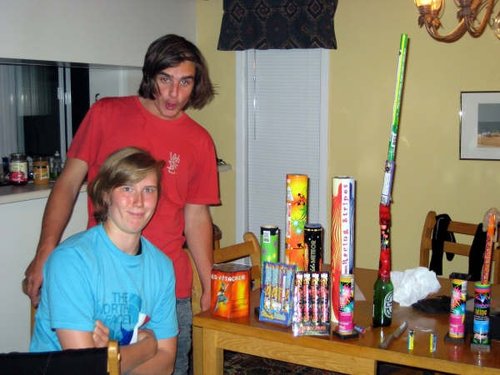 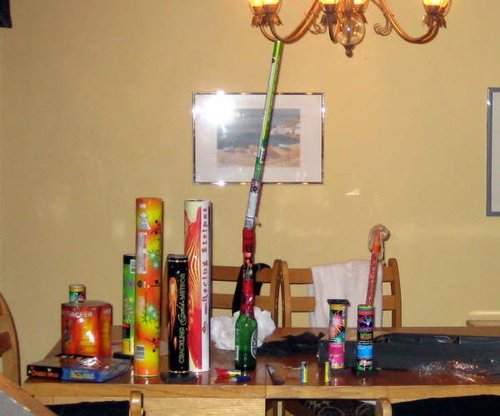 Now it's time to practice the Bromont course! I'll let you know how that goes...

Danice and the rest of the Pinkbike.com/Devinci DH are proudly supported by:

brule Plus (Aug 1, 2008 at 11:02)
Glad the peeing in a cup went well and you are gonna kill it at this weekend's race too Dancie! Have fun and best of luck to all the Canadians out east.

evancam (Aug 3, 2008 at 11:20)
Maybe I am missing something, but what does the title have to do with anything? Drug tested? Not just sounding off, please somebody tell me.

bansheeair (Aug 1, 2008 at 7:10)
Nice write up Danice. Your perspective and outlook on everything is so cool. LOL. Good luck in Bromont. Greg