Santa Cruz Serves Up the Flow

Apr 24, 2008 at 16:07
by Danice Uyesugi
Tweet
Saturday night. My first Sea Otter experience had come and gone, and being not quite ready to leave sunny California, myself and the rest of the traveling Pinkbike.com crew were trying to figure out where in the nearby vicinity we could find some sweet two-wheeled action.Thankfully we didn’t have to think too hard. We bumped into fellow Canadian riders Wade Simmons and Andreas Hessler at dinner, and they asked us if we wanted to join them the next day for a two hour singletrack descent in Santa Cruz. Now that’s a question I don’t get asked nearly enough!

Monday morning. After a good old-fashioned Denny’s breakfast we hit the road. In less than an hour were at our meeting spot, gearing up, and loading our bikes. It was a big group – 13 Canadians and one very enthusiastic tour guide, Lars, from Trail Head Cyclery in San Jose, CA. Cramming 14 people and 14 bikes into 2 trucks makes for a very cozy shuttle ride up! 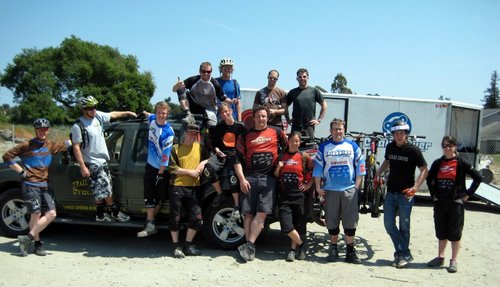 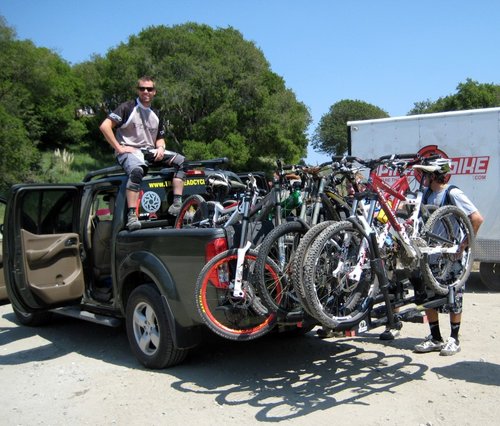 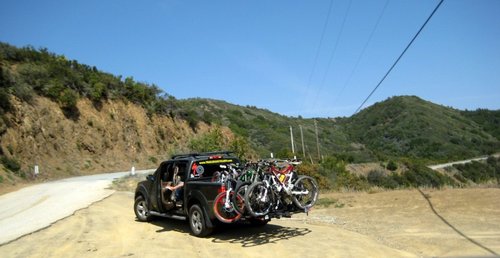 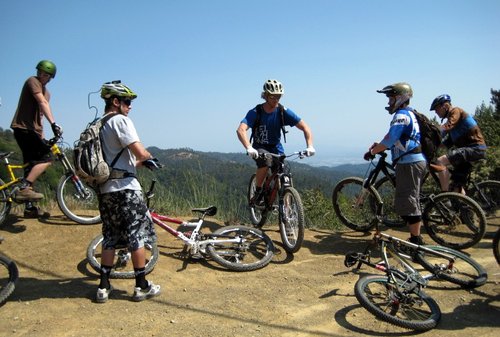 Once at the top, Lars gathered everyone round for a general announcement: the first 1700m was down a loose, gravelly, windy road – easy to get going fast, not quite so easy to slow down or turn! Even with that word of caution, a couple of riders ended up taking a “detour” into the bushes! Once we’d all made it to the bottom it was, “Seats up! Time to climb!” 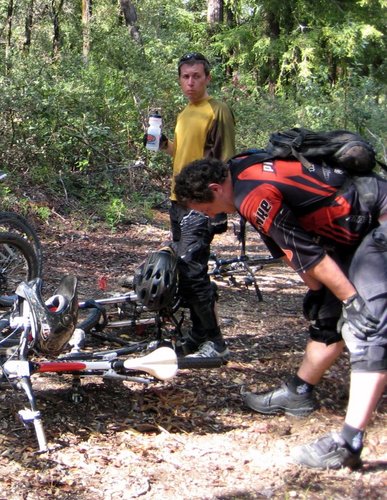 Some of us are better climbers than others.. 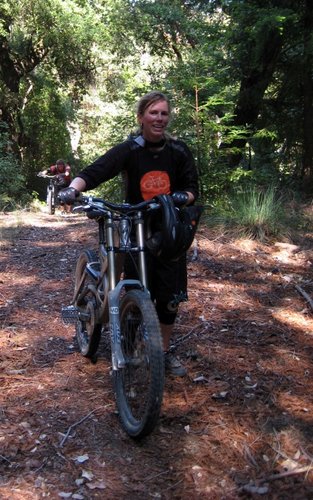 The real way of climbing

Now I don’t know what the rest of the group knew about this trail, but all I’d heard was that there would be 2 hrs of flowy singletrack with occasional “kickers” thrown in every once in a while. At first I thought – sweet! There’s little jumps on this trail! Not so. According to Wade and Andreas, “kickers” can also be short for “ass kickers”, or short 30 sec to 3 min climbing sections. So I was prepared for some climbing, but after an hour of climbing I was beginning to wonder whether Lars had started us at the bottom of the trail and we’d been doing the whole thing backwards! Lucky for us, tour guide Lars was always quick to point out that “the top of the hill is at the end of the climb”, and let us know when we were “2/3 of the way to being 1/2 of the way there”. We were all also frequently entertained by Andreas’ joke of the day: Who knows what the sexiest farm animals are? 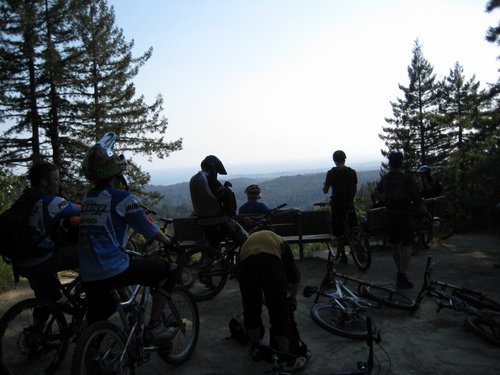 Team Blue at the top of one of MANY climbs on our 23 mile adventure, the rest were there long before us

Eventually we all made it to the top and after a rest, refuel, and quick tick check we were back on our bikes for a short but sweet trail called Canadian Bacon. The way things tend to happen, 3 turns into it there was a SNAP-KA-CLUNK! We were down one derailleur hanger, and Radek got to do a little unexpected trail running. He’s been cross-training all winter on his dirt bike though, so he rose to the challenge and managed to stay middle of the pack most of the way down! 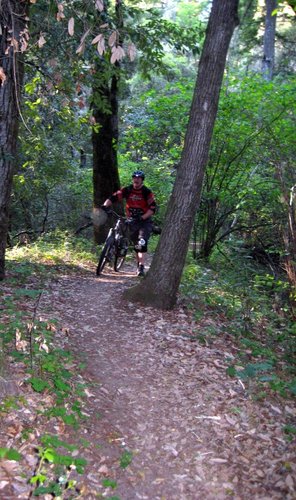 A bit more climbing, and the magical words: “Seats down!” We were descending, flowing down smooth seemingly endless singletrack, sometimes weaving our way around towering trees, other times ducking through tunnels of bushes. Coming from the North Shore, I’m used to riding trails that make you work to find flow. This trail handed it to you on a silver platter. Definitely worth every bit of climbing! At the bottom everyone was all smiles, and I hope it’s not too long before I’m back there again for another epic ride, Santa Cruz style. 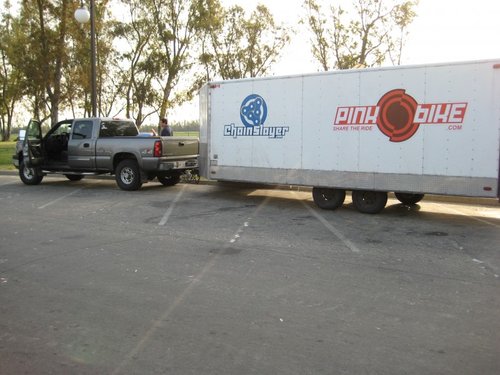 Thanks to Lars, Dre, Wade Simmons, and the whole Pinkbike.com crew for bringing me along on the trip. It was well worth the 53 hours in the truck, and I hope to go back to visit Santa Cruz California again shortly.

To see all my photos from the Santa Cruz trip, check out my album. 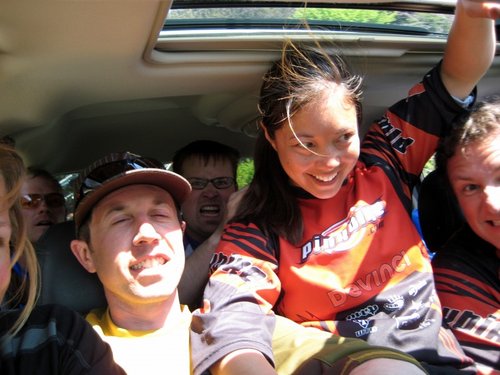 camm67 (Apr 27, 2008 at 12:38)
The photo with the bench is called "Sand Point" and is in Aptos. Another couple of miles up and pass the "wall", you will hit some nice single track in the Soquel "Demonstration Forest." Great riding and a cool vibe in this area.

if y'all brought such big bikes why didn't you go to campus at ucsc or mile in pacifica?! it's a shame to be pushing bikes uphill at demo : / just a local opinion