Oct 1, 2013 at 1:26
by Thomas Lundman
Tweet
Last weekend Martin Söderström invited some of the worlds best riders to his hometown Uppsala. As this is the first time an event of this size was held in Sweden, I just had to pack my camera to go there and see the show.
The track was very spectacular, starting with a drop in front of Uppsala Castle followed by a huge, breathtaking, insane 15 meter road gap and ending with another big jump down in the Botanic Garden.
Because of the weather it was impossible to practice until just before the competition, but after all, the show could start as planned and the riders gave us a show beyond compare. 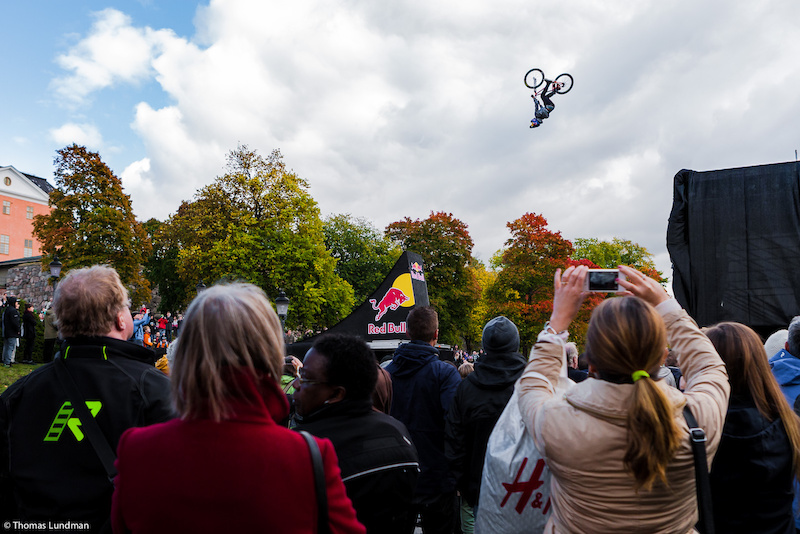 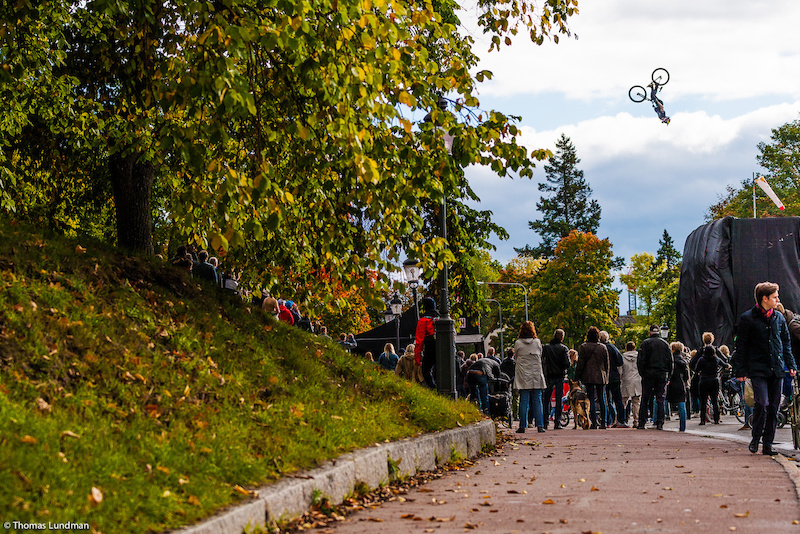 Andreu Lacondeguy over the road 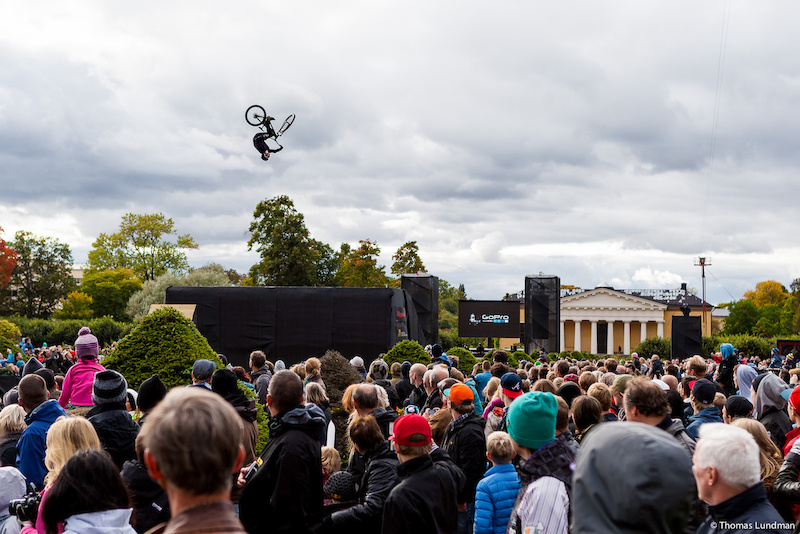 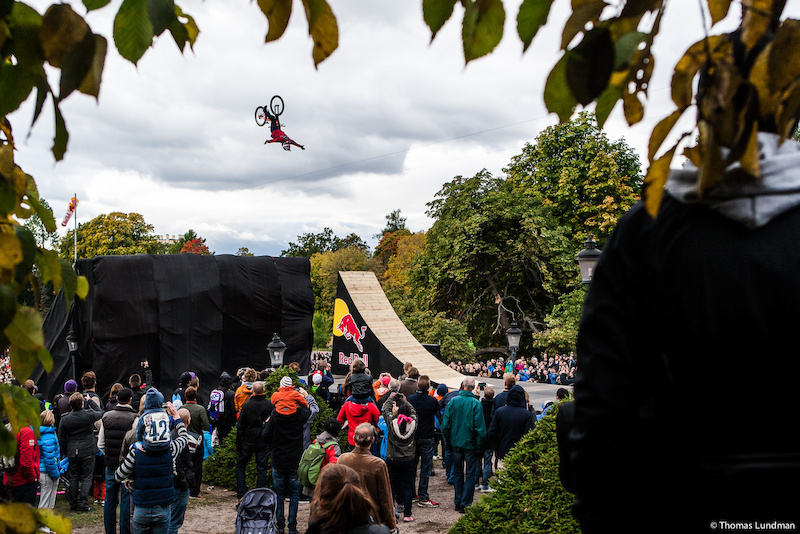 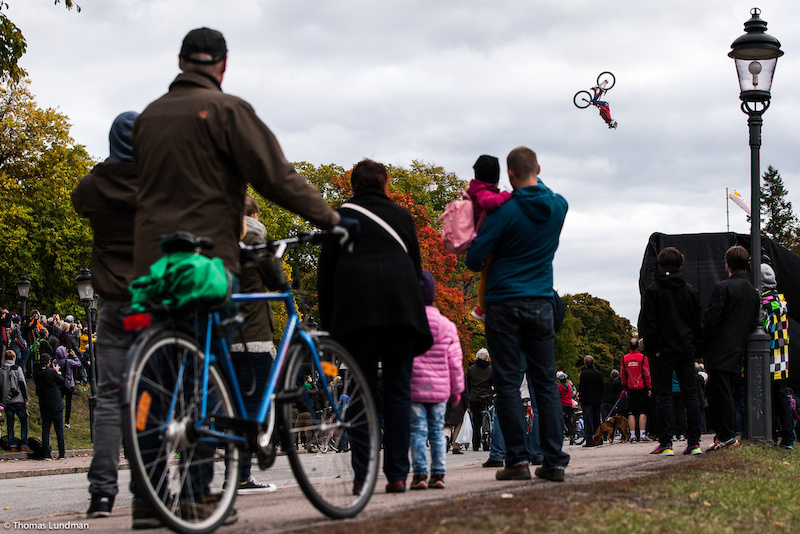 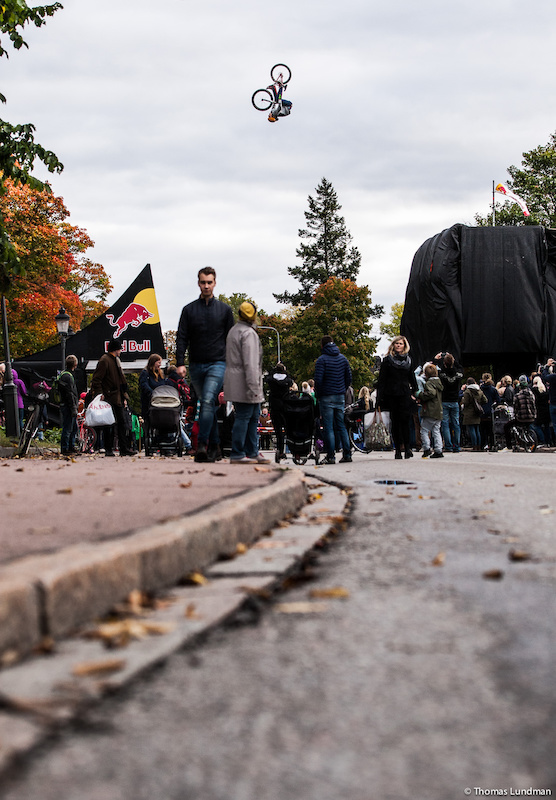 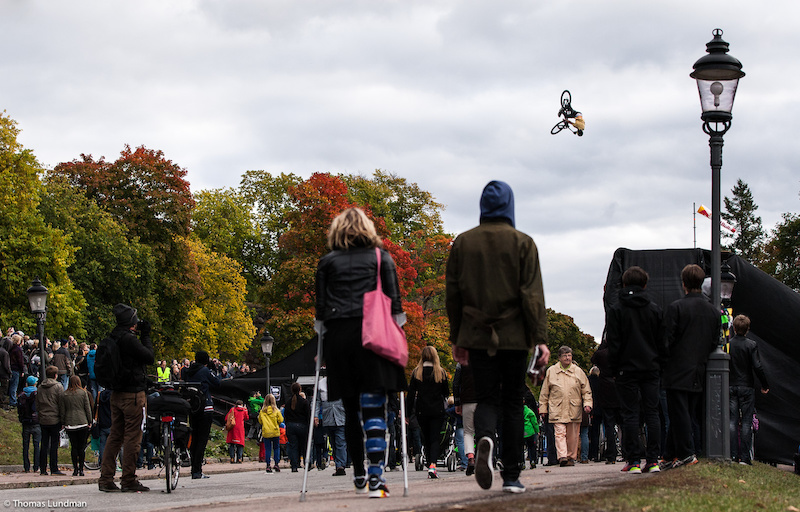 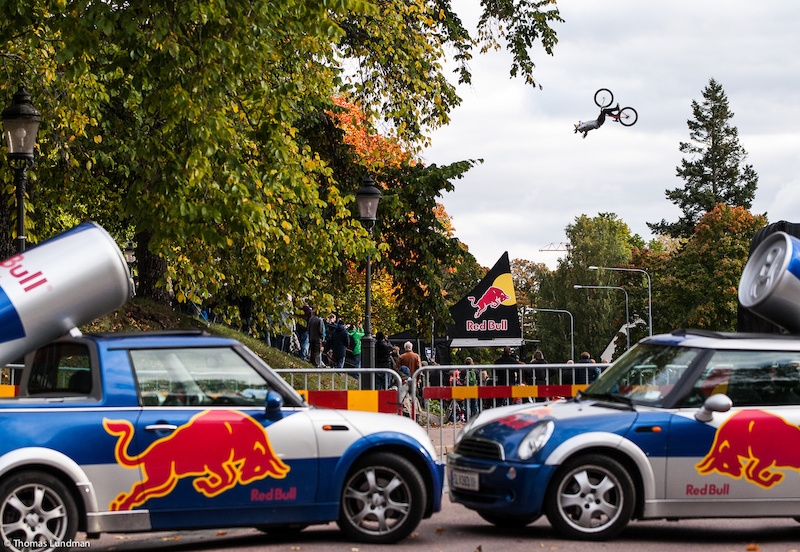 Szymon Godziek.
There was no doubt who sponsored the event. 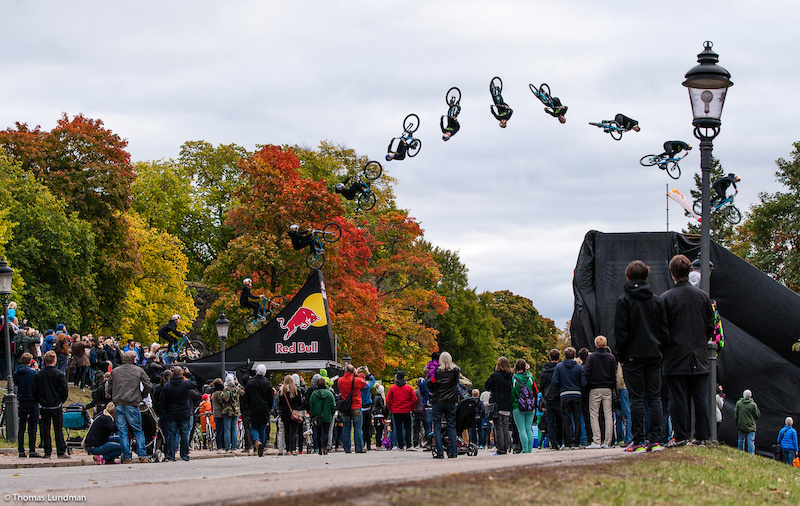 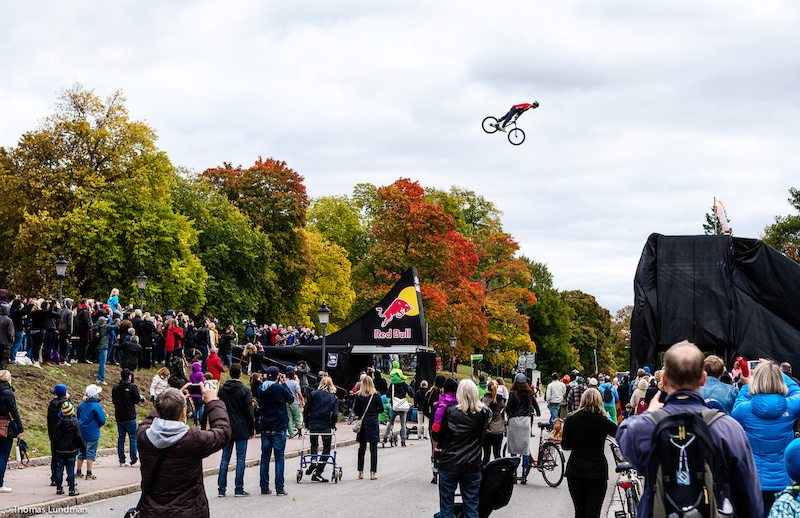 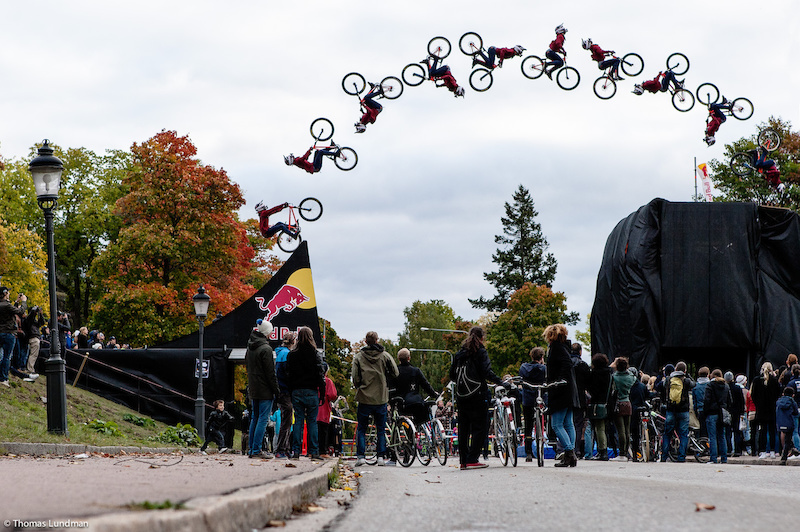 Antoine Bizet in a double back flip 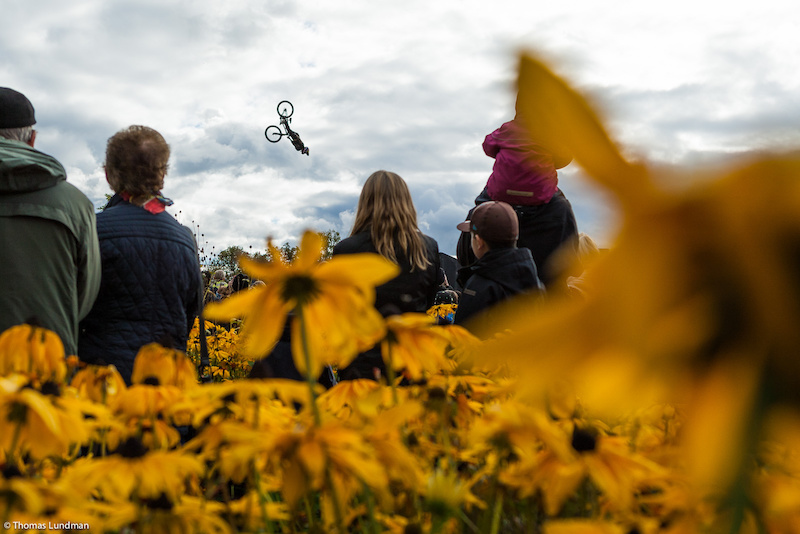 Andreu Lacondeguy in the Botanic Garden 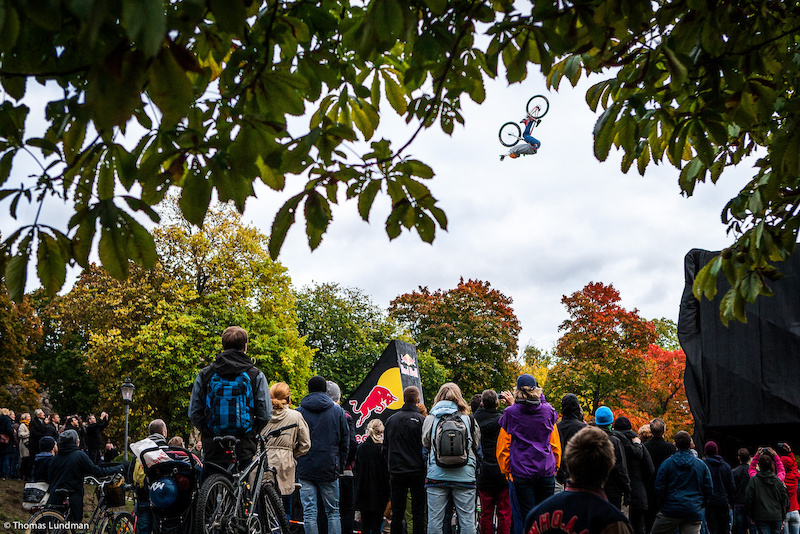 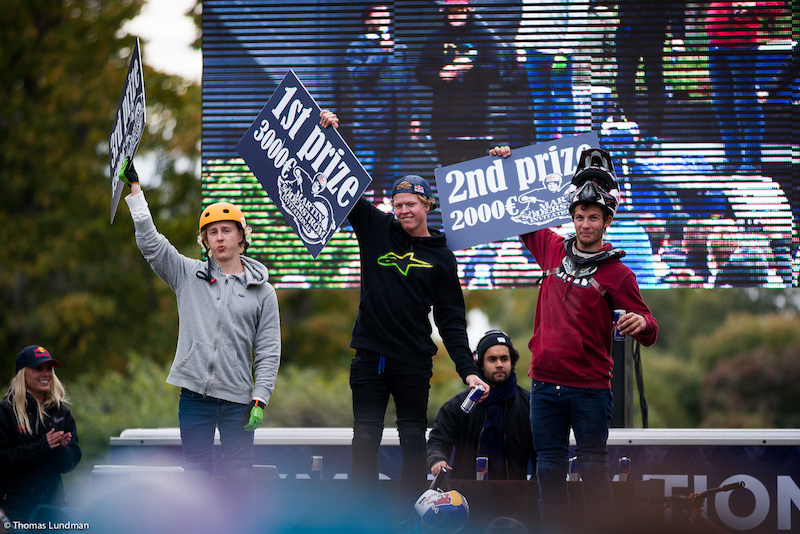 Anton Thelander, Antoine Bizet and Alex Alanko on the podium