Dec 22, 2011 at 10:08
by Frower Power
Tweet
Do you remember who pictured the elephant swallowed by the boa? Do you know then whose picture the elephant took? The snake swallowing the Little Prince? No way, Jack the Elephant Kaczmarczyk caught on his photos a little prince multiplied to 40 kids shredding the snake (due to their massive participation it was a grand feast indeed). 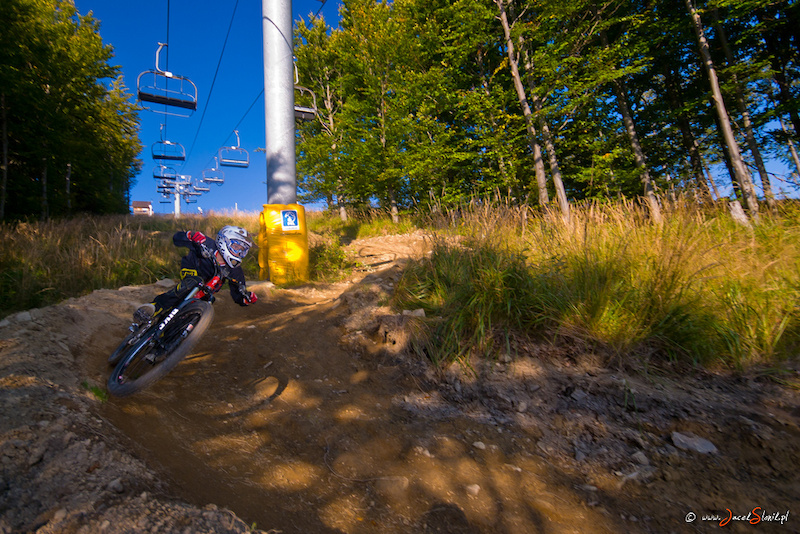 And believe me the snake appeared quite digestible. Despite it crawled with narrow curves down the steep slope of Mosorny Groń, reaching an extra-long distance (as for kids) amounting to 1300 meters, most of participants of the Gnomes Cup defeated it with a skill nobody even expected. 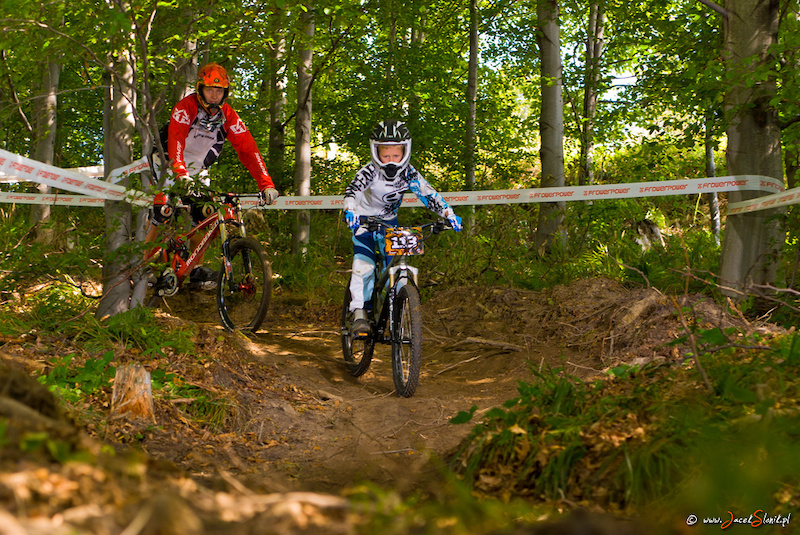 
by FrowerPower
Views: 558    Faves: 5    Comments: 3
In fact it was a great opportunity to show off, because on the same slope old shredders were training before the ultimate struggle for the Polish Cup. 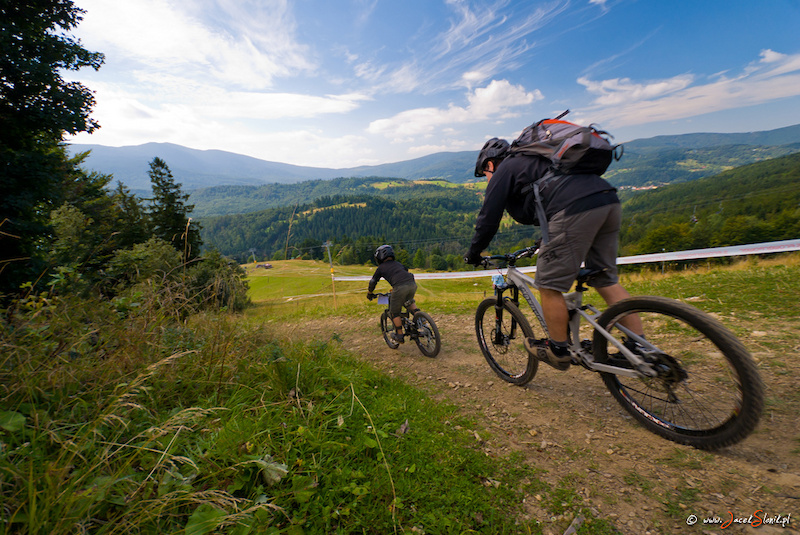 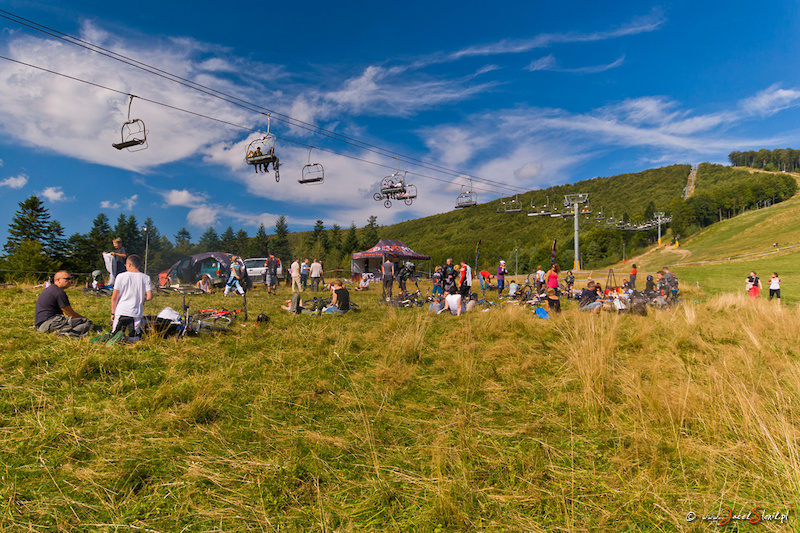 Moreover we invited to our contest also young guns 13/14 year old to present to the adults the future of Polish downhill. 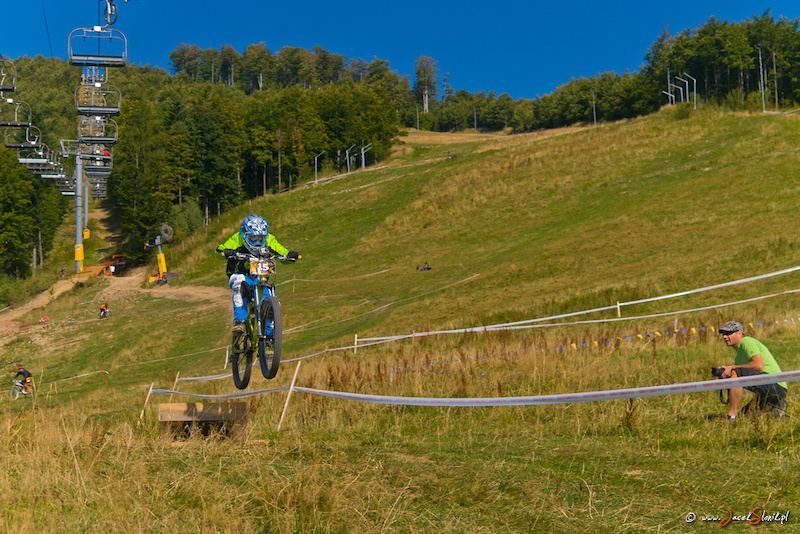 In effect gnomes left the snake's stomach or whatever prisoned their fame and finally everybody could see their faces mild as a lamb and contemplate their technique predatory as a boa. 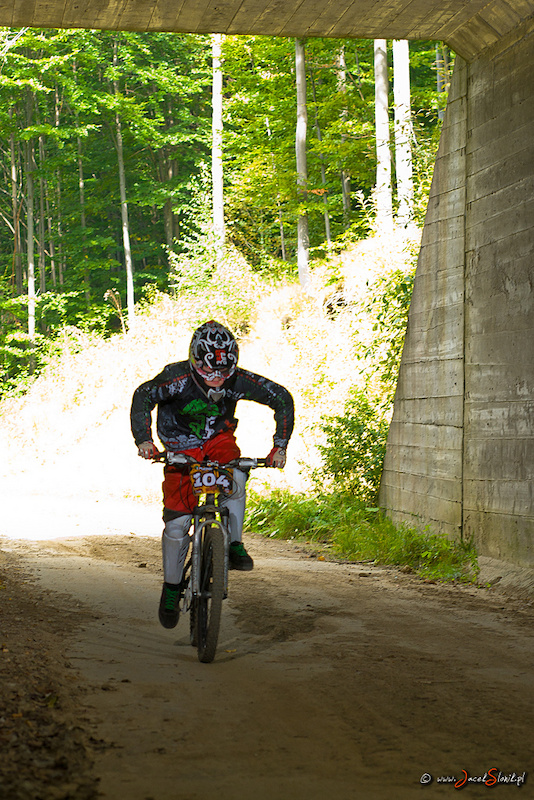 Does it remind you the story about Little Prince? Bingo! By engaging the infantile figures the Gnomes Cup showed the essence which was matured indeed. 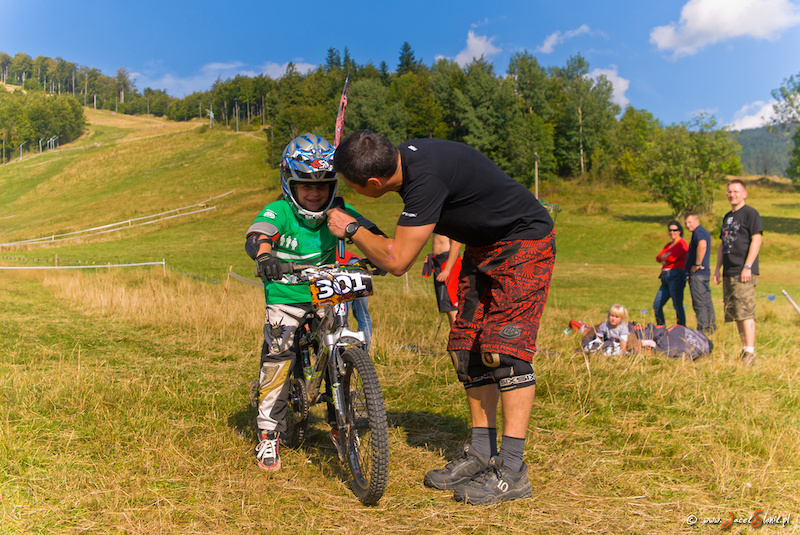 You can be sure, if only these kids stay addicted to bike they will rise to heroes there have never lived on this desert. 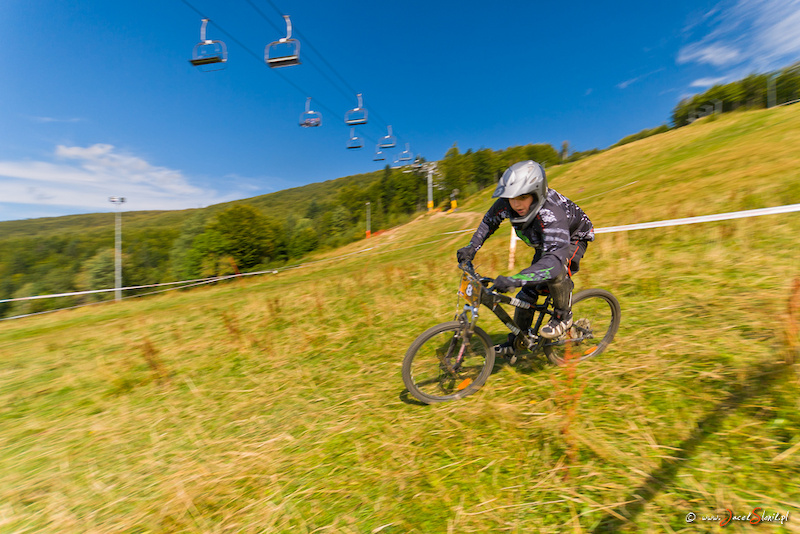 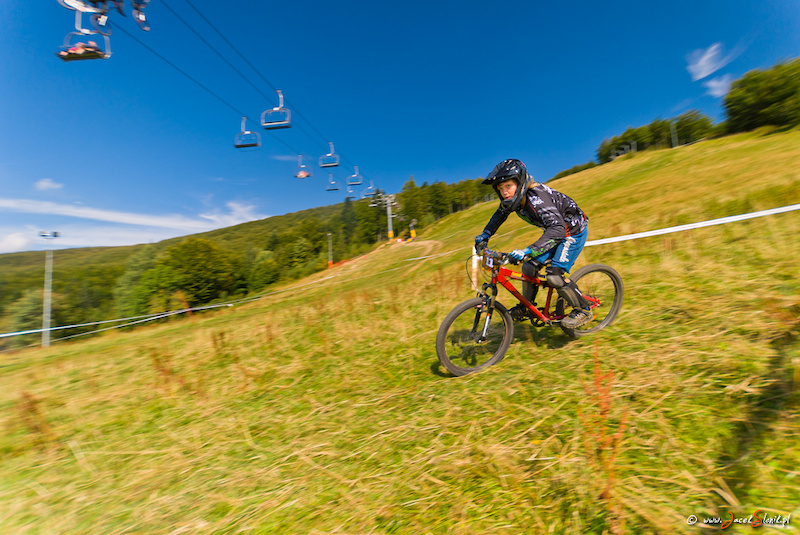 “Wait a minute. And what happened to the flyer?” – somebody may ask.
Right, there was another hero in the novel written by Saint-Exupery - the pilot. We cannot complete our parabola if we don't mention about him. So listen, when the race had been over we arranged a big air jam. And again it appeared there were a lot of gnomes flying as old aviators. What is more, kids showed such figures in the air, comparing to them this parabola is nothing. 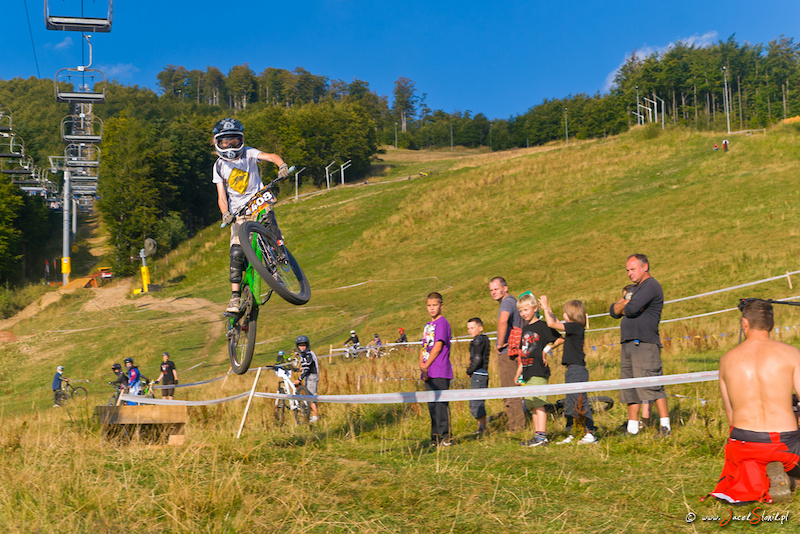 And it is all in term of this season series about gnome heroes. Next year we will meet again but this time our squad will be bigger. 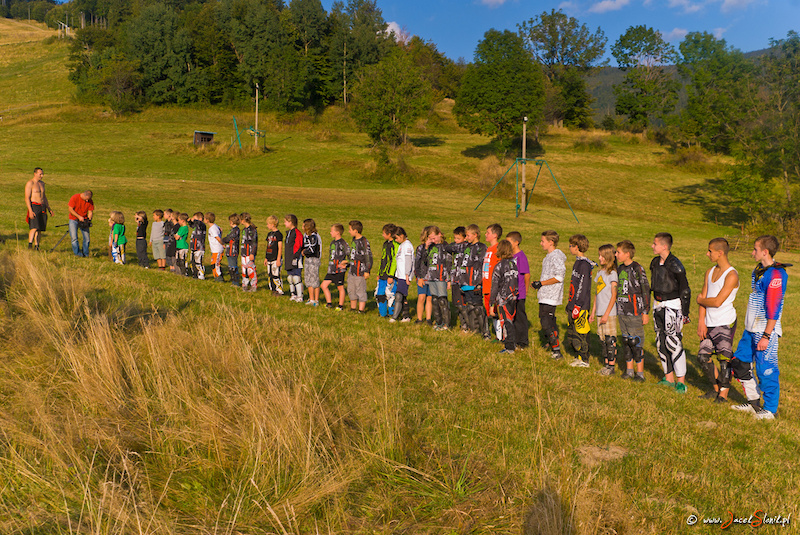 After testing on Stożek and Mosorny Groń a competition with participation of older dudes, we decided to invite to our contests also 13- i 14-year old guns, hoping that they will enjoy the race while we will be presenting in finals runs made by skilled but still very young riders. 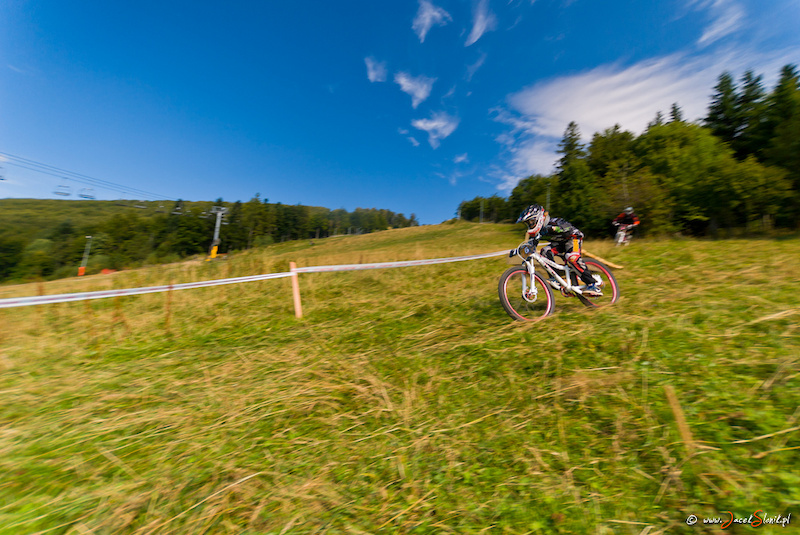 Full results of the above downhill race are presented on the organizer’s webpage: www.FrowerPower.com
Photos by Jacek "Słonik" Kaczmarczyk - www.JacekSlonik.pl - much more you will find in our gallery.