The Gnomes are back on bike

Jun 1, 2012 at 10:50
by Frower Power
Tweet
The Gnomes are back on bike and ride helter-skelter down the hill again and again. Nothing else matters if there are so many spectators around due to Joy Ride Fest taking place at Kluszkowce in those days, which attracted crowds of fans of MTB at large from all over Poland and more. 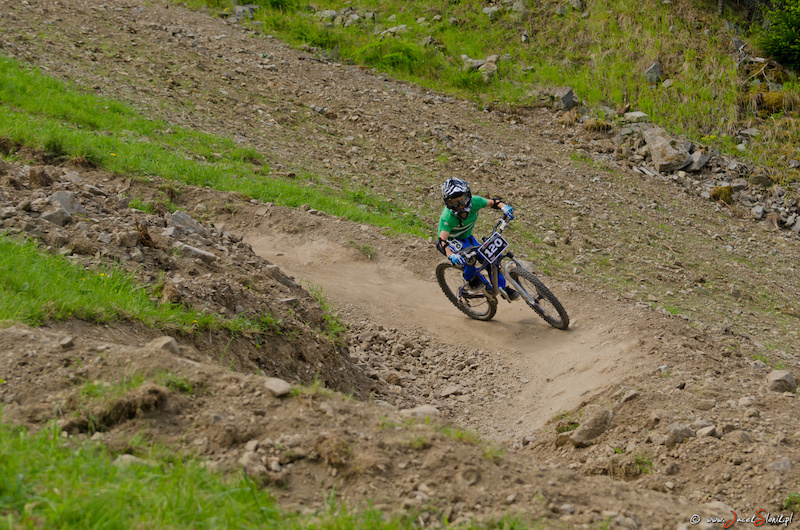 We became international because for the first time we hosted a rider from abroad - the fastest 11-year-old among Slovaks – Oliver Gombala from Bike Club Kalnica. 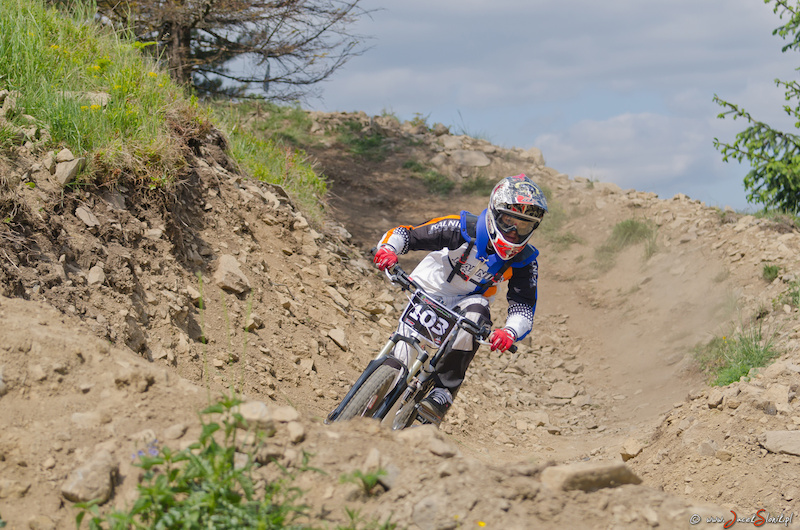 He came to Kluszkowce with other 36 racers, representing together the same successful number of participants from last year's finals at Zawoja. This time however the most numerous – counting 20 boyz – was the oldest category, and this means that our formula, friendly even for preschoolers (A-Line at Kluszkowce was scored by four-year-old Boris Tajchman from Czestochowa, setting a new record for the earliest dh debut), is attractive also for young Cossacks. 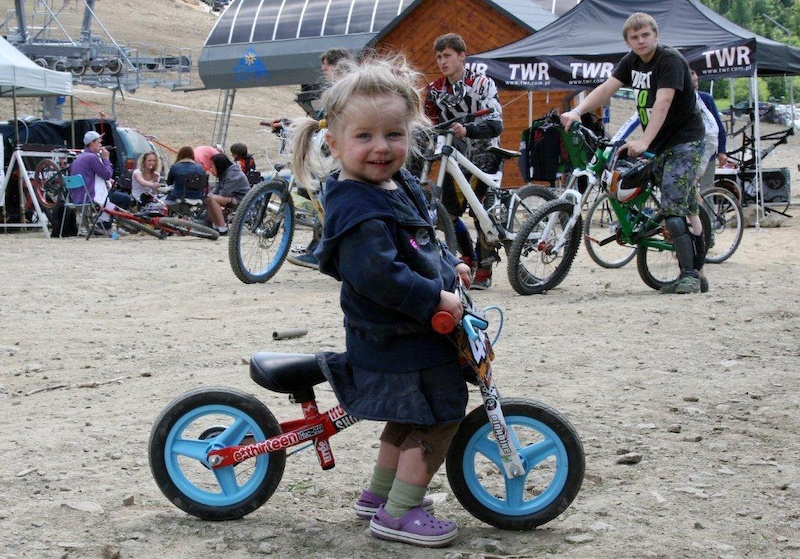 Jakub Walczak from RMK Tylmanowa appeared their ataman with phenomenal (about four seconds better than the rest of the field) time of day. 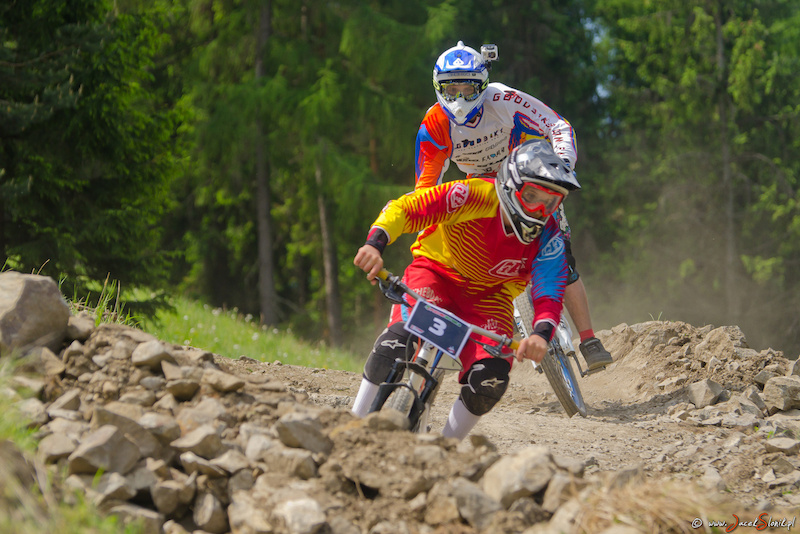 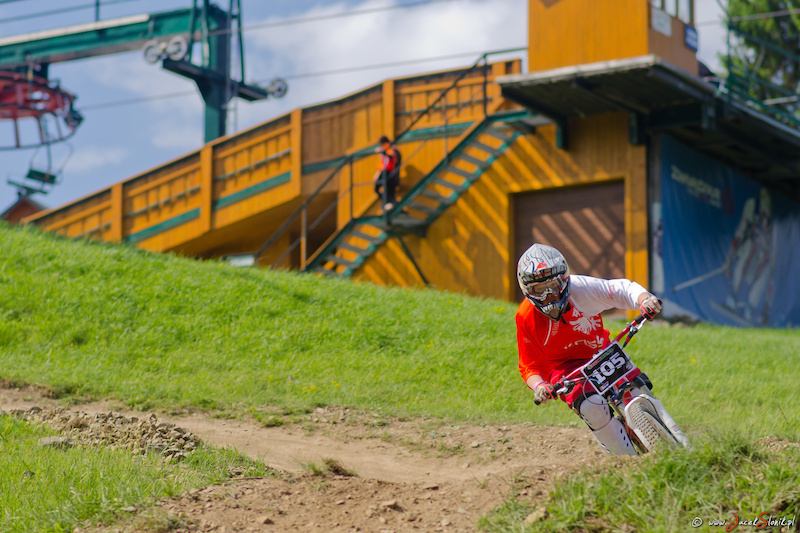 Among the youngest guys, especially after Borys BorClaw Czerniak went to the older category, there were no surprises and Mikołaj Zychowicz confirmed easily his primacy. Mayki reached the time that among older boys would give him a 4th place! 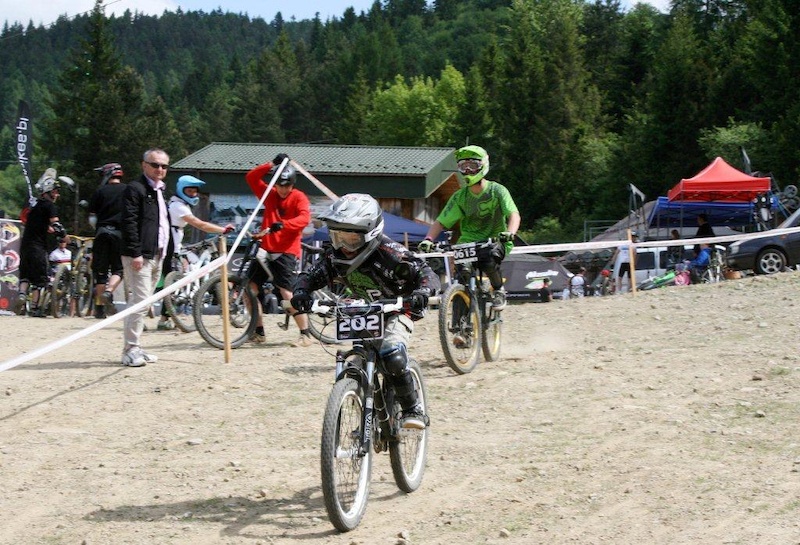 Something new happened in the girls group. Four girls registered themselves for a race and three of them took off and came to the finish on the same trail as guys. Unmatched in the last year edition 7-year-old Marta Wypiór was dethroned by 11-year-old Laura Wojtas with no doubts taking over the leadership. 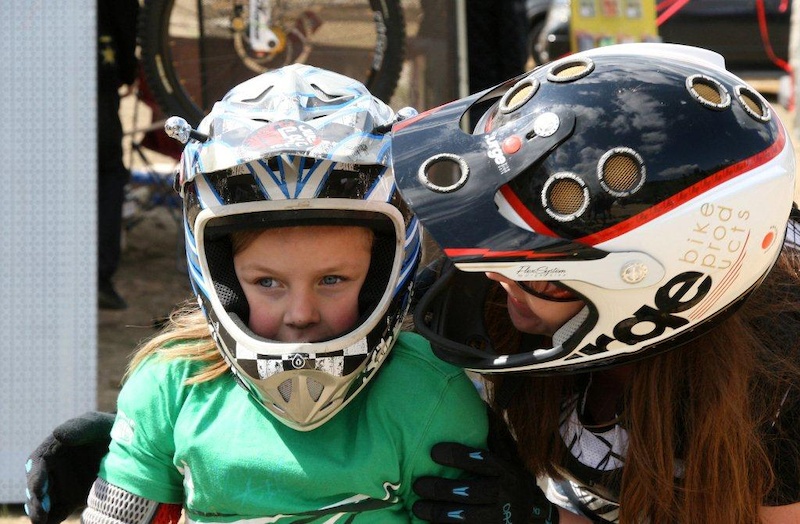 While 12-year-old Inka Januła, who fearlessly made her debut at the end of the season at Zawoja and was placed at # 2, this time had to settle for the lowest podium. However, given that in the second run Inka significantly reduced the distance to maRACH, we can expect a relentless confrontation between them in the second round, which will be held for three weeks in Slovakia, Bachledova Valley. 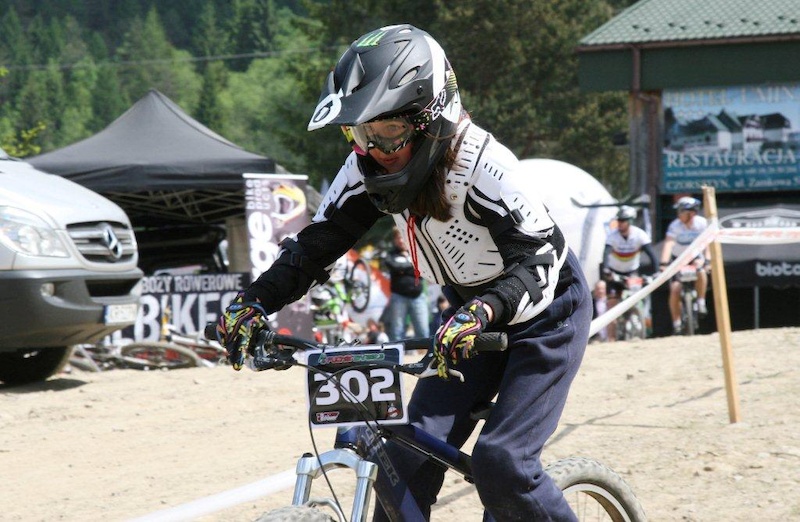 
by FrowerPower
Views: 520    Faves: 4    Comments: 3
Fight the fight, but you must remember that our event is also a family picnic. Consequently, in accordance with the tradition of chilling the atmosphere a cappella with DJ Ocznik we started a barbecue party and served sausages to the gnomes and their parents, and behind the latter also sweeties watered with Kubuś Waterrr, supplied by Maspex (high 5 for that). 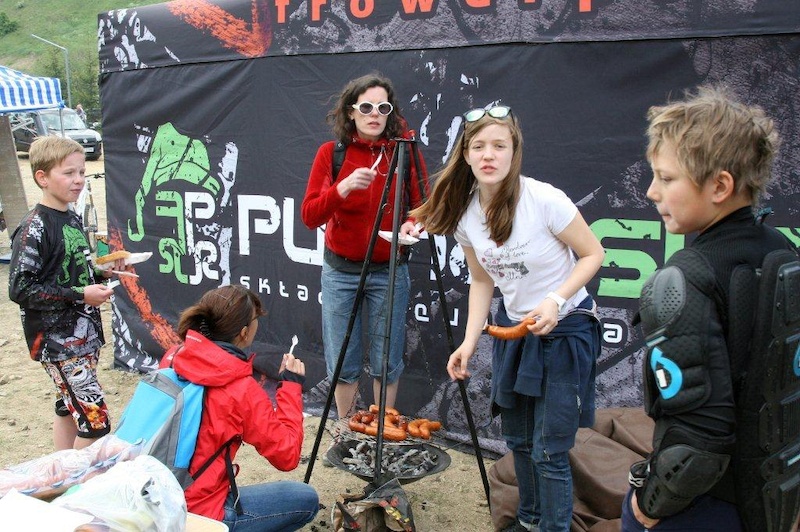 Every young athlete standing around the podium, in addition to a full belly and fun, was awarded with the fest t-shirt, while the TOP 3 of each category received a special award, sponsored by Totalbikes, mtb33.pl and the Bike Center Secesja - for you we also rise high 5. Well more than five we send to all racers, especially those who made their debut and cautioned that they did not finish yet. 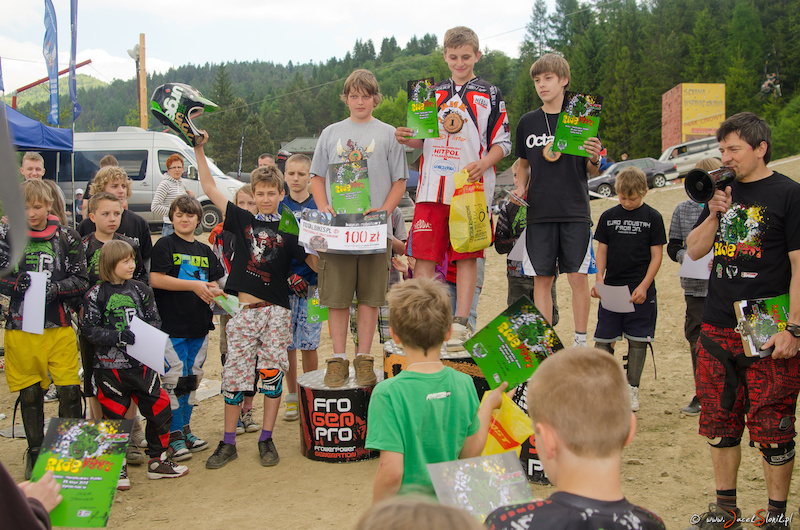 The full results of the first round of the Gnomes Cup you can find on our website: www.FrowerPower.com.