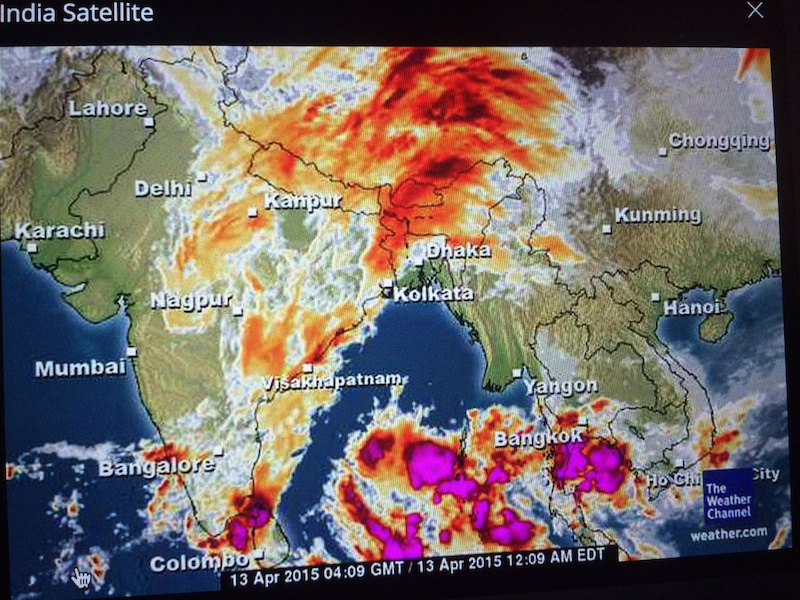 With 5 days to departure, watching the storms obscuring Nepal’s satellite imagery isn’t the nicest feeling. It’s been almost 6 months since we battled the freak blizzard in the Himalayas, but the memory of nearly losing my toes (and God forbid, my bike) sits fresh in my memory. It took a month or two to get all the feeling back, and although comparing numbness was great sms fodder between Cuan and I, it’s something that I don’t wish to experience again. It’s supposed to be spring now in Nepal;, but its still snowing above 4000m. Friends tease us that we’re “storm magnets”. Hell, maybe they’re right.

We took a lot of flack online for being unprepared on the last trip. Now we’ve taken this as advice. New items are in the bag… Waterproof socks, Bic lighter, Merino wool underwear, proper waterproofs, gaiters, an emergency bivvy… And I’m riding in waterproof hiking boots – leaving the beloved Five Tens behind. 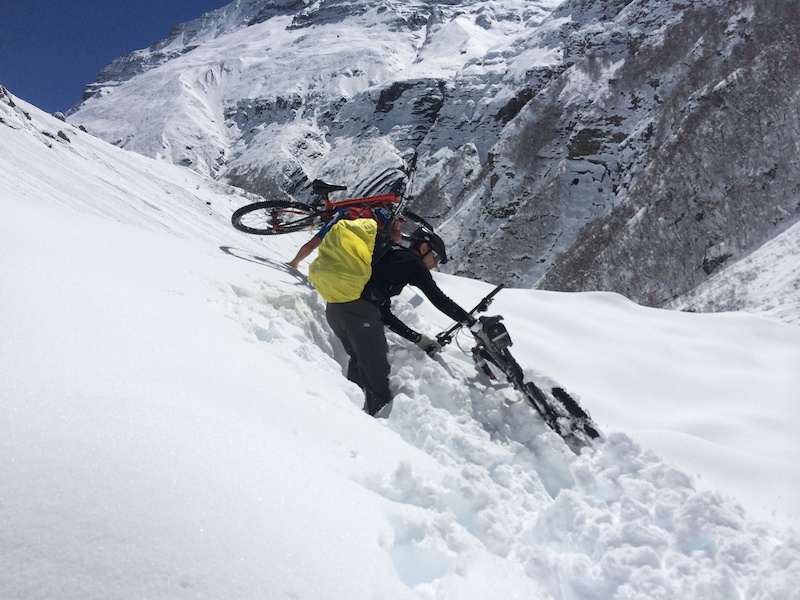 Not even a fatbike could help us here.

To refresh and reset the context, the full story of our last Himalayan detour is here. But in brief, we’d set off to ride the Annapurna circuit on bikes, but over a lesser-known pass (5600m) above Tilicho Lake. On our October trip we were turned back by a freak blizzard that dumped 6 feet of snow on us and trapped us up at 4000m. It also killed more than 45 people who, like us, tried to hike out. In short, we were very lucky to make it, and no, we didn’t leave the bikes behind.

Unlike last time we’re working with a known beast. Preparation this time has been obsessive and thorough, and apart from the items mentioned above we’ve kitted the bikes using all the experience from our last trip. Our biggest downfall was a lack of good waterproof insulation, and not having means to start a fire almost cost us in the worst way. This ride is a monster - We start at 600m above sea level, in the hot, humid rice fields of Nepal, and we peak at 5600m – way above the tree line on the loose gravel and rock of the Himalayas’ glacier-tortured peaks. Temperatures range from 35 to -10 C, and we’re unsupported, so we carry everything on our backs. This is no catered safari, in every sense we’re on our own. Last year’s blizzard proved that. 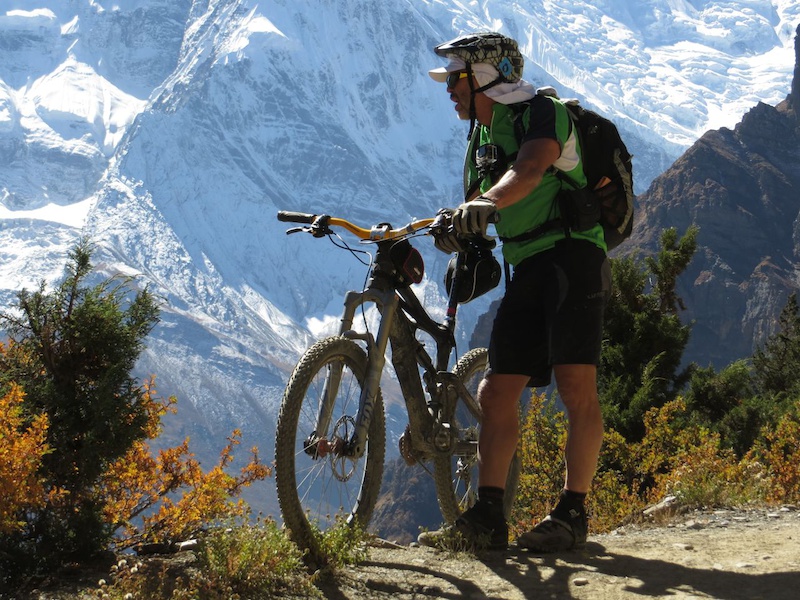 Our packs weigh between 8 and 10 kgs, so packing is an unbelievably selective affair. We won’t bore you with the details, but the waterproofs and sleeping bag take up the bulk of our space. GPS with detailed tracks, waypoints and base maps will be first in the bag, and tiny firelighters will take the place of Matt Adams’ book, which we burnt to start a fire last time. So we actually have less day-to-day stuff, but we have more for when the yak poo hits the fan.

Bikes… Cuan persists with his antique Mojo. I have to say that it’s a great bike for this trip – steepish angles, but great suspension. You need it when you’re climbing for days on end. Mine is a Pyga, the mid-wheeled 120. I fell in love with this bike after the last trip, in my book its perfect. We have 22T granny rings, the droppers are off (too heavy) and the suspension is serviced. On our last trip Dean had a cross-country bike that was under-gunned for the rough terrain of the Himalayas. Even when you climb you need travel here. Traction is everything, speed means little.

On the subject of Dean, he can’t make it this time. In many ways we’ll be incomplete. Dean was the voice of logic, and he made us take our pills every night. This time we’ll have to watch ourselves. Cuan tends to just throw himself at everything, and I’m usually not that far behind. 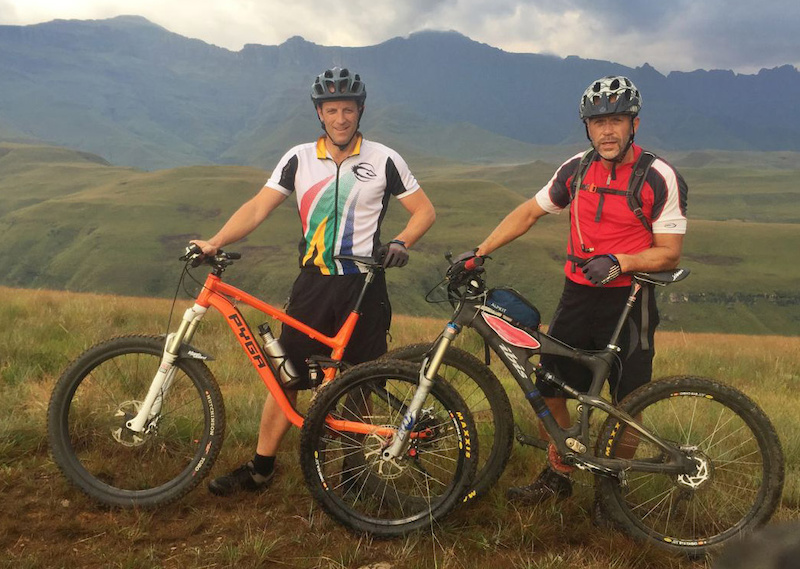 Training at 2000m - The Drakensberg in South Africa.

We’ve done a similar amount of training as last time. Despite the altitude we didn’t feel that we were underprepared. So we’ve done some Drakensberg climbs around 2000m and we’re doing 2 sessions a week in Prime’s altitude chamber. But it’s not the physical preparation that’s worrying us right now. With all the current snow above Manang we’re expecting to trudge through sludge above 3800m. This makes the going tough, especially when you’re carrying a bike on your head. When we reach Manang we’ll make a decision based on how much snow there is – whether to pursue the “off piste” route over Tilicho Lake, or to bunker down and take the beaten track over Thorung La pass, like all the hikers do.

Only time will tell.